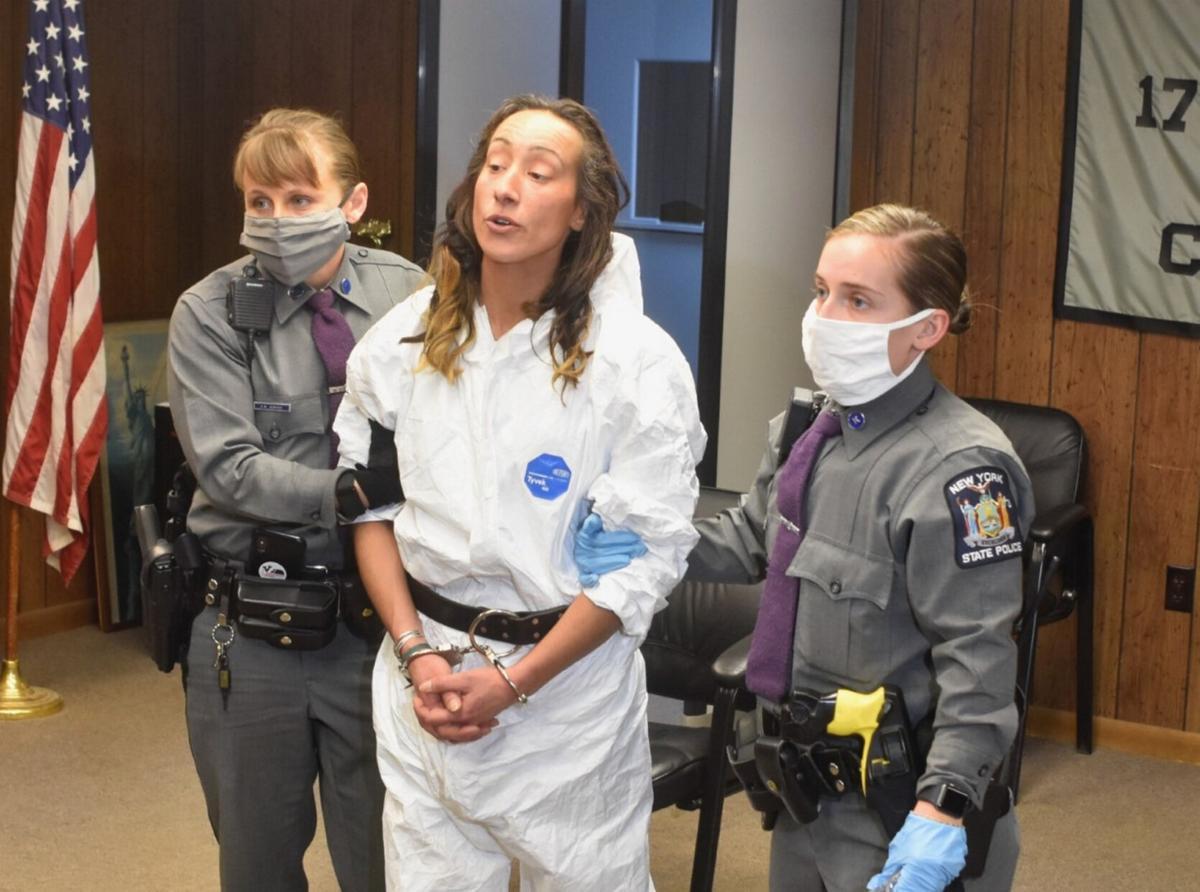 Madison A. Kreutzer, of Hudson, was arraigned in Claverack Town Court on Monday night on a charge of attempted murder of a police officer. Lance Wheeler/For Columbia-Greene Media 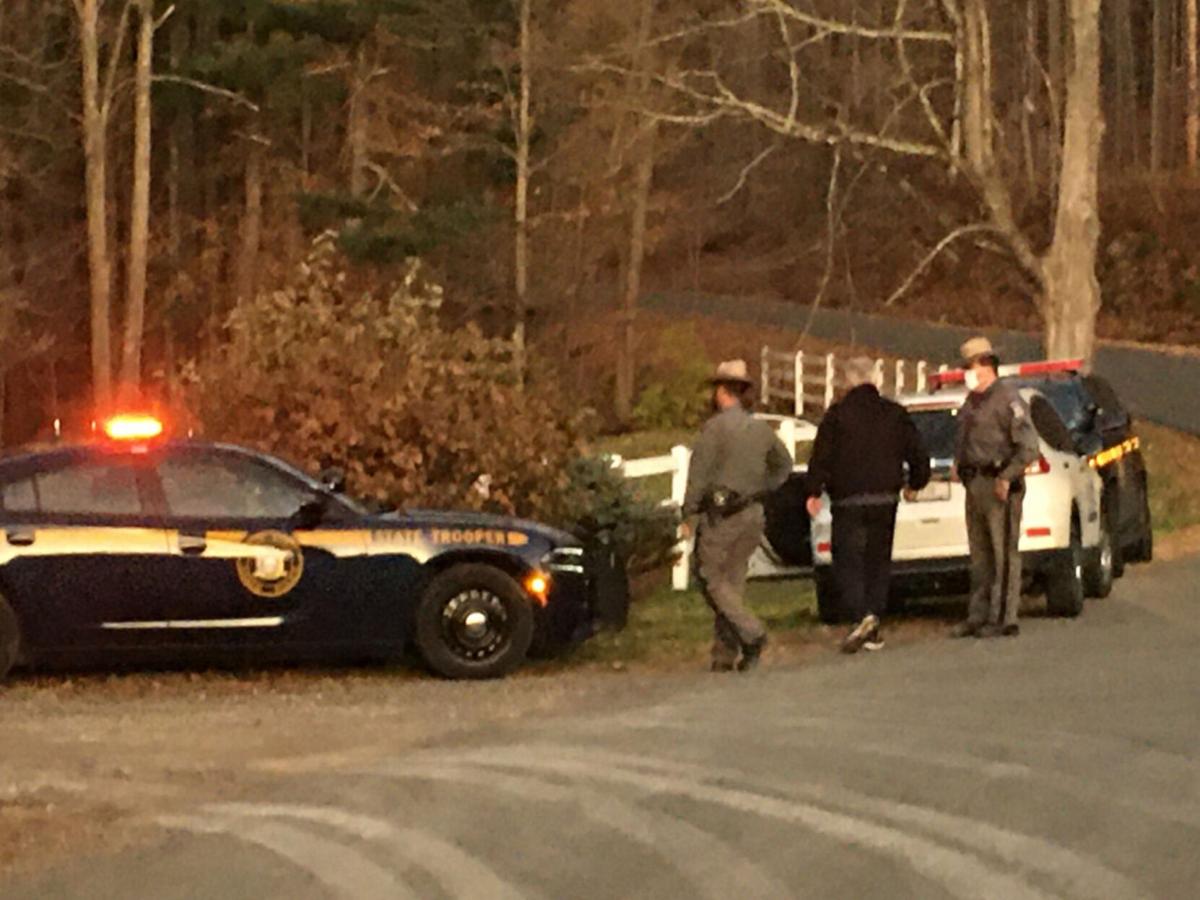 State Police at the scene on Doodletown Road in Gallatin, where a Hudson woman allegedly shot at them Monday afternoon. Bill Williams/Columbia-Greene Media 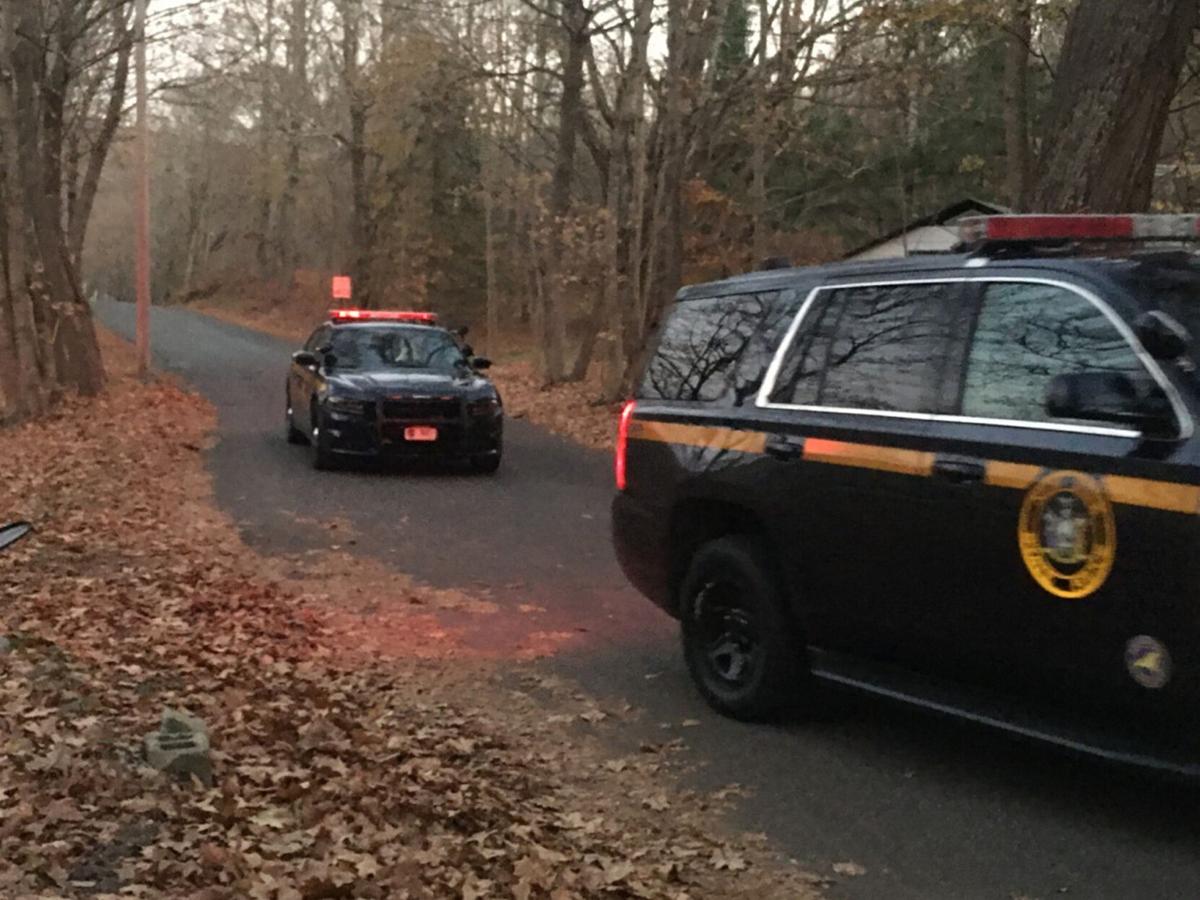 Madison A. Kreutzer, of Hudson, was arraigned in Claverack Town Court on Monday night on a charge of attempted murder of a police officer. Lance Wheeler/For Columbia-Greene Media

State Police at the scene on Doodletown Road in Gallatin, where a Hudson woman allegedly shot at them Monday afternoon. Bill Williams/Columbia-Greene Media

Madison A. Kreutzer, 34, was charged with attempted murder of a police officer, a class A-I felony, following an armed standoff with state police, Hicks said.

Kreutzer allegedly shot at troopers when they arrived to a report of a suspicious person on Doodletown Road in Gallatin, Hicks said.

Kreutzer barricaded herself in a home at 438 Doodletown Road before eventually surrendering, Hicks said.

She was taken into custody without further incident.

Police did not disclose why Kreutzer was at that address.

Kreutzer was arraigned in the Town of Claverack Court before Judge Michael Cozzolino and was remanded to the Columbia County Jail without bail, Hicks said.

After the road was reopened at about 4:45 p.m., police continued their investigation at the scene.

I know Madison personally and she is an amazing intelligent person. Whatever happened that night I'm quite sure the NYS police pushed her to her breaking point and did not look into her history of trauma which most likely was the reason for her uncharacteristic behavior that night. Once on scene they probably taunted her and made the situation 100x's worse which the troopers are known to do. I'm also quite sure we're not getting the whole story. I can't imagine my friend Madison shooting at a trooper and baracading herself in a house if she was her normal , coherent self. She has no history of violence and instead of being jailed in CCJ where she will get no psychiatric care she should have been hospitalized so she can get the proper care she needs. We all love and support you Madison.

Something must have happened and she was not mentally aware of what she was doing or what was going on. I Know Madison and she is an amazing person with a strong opinion but extremely nice. I couldn't see her knowingly trying to kill anyone. I know a lot of people throughout the world and they are all scared of the future. There are tons of unrest out there. The police have too much power around here and get away with to much and that in itself is enough for someone to fear for their lives when confronted by NYS troopers. I hope they reduce the charges.

I don't know all the details surrounding this incident--but I do know that people are under a lot of stress due to COVID-19--people are lonely and afraid. The isolation that we feel as a nation is taking a toll on everyone. I am eager to know more and am glad to know no one was harmed.