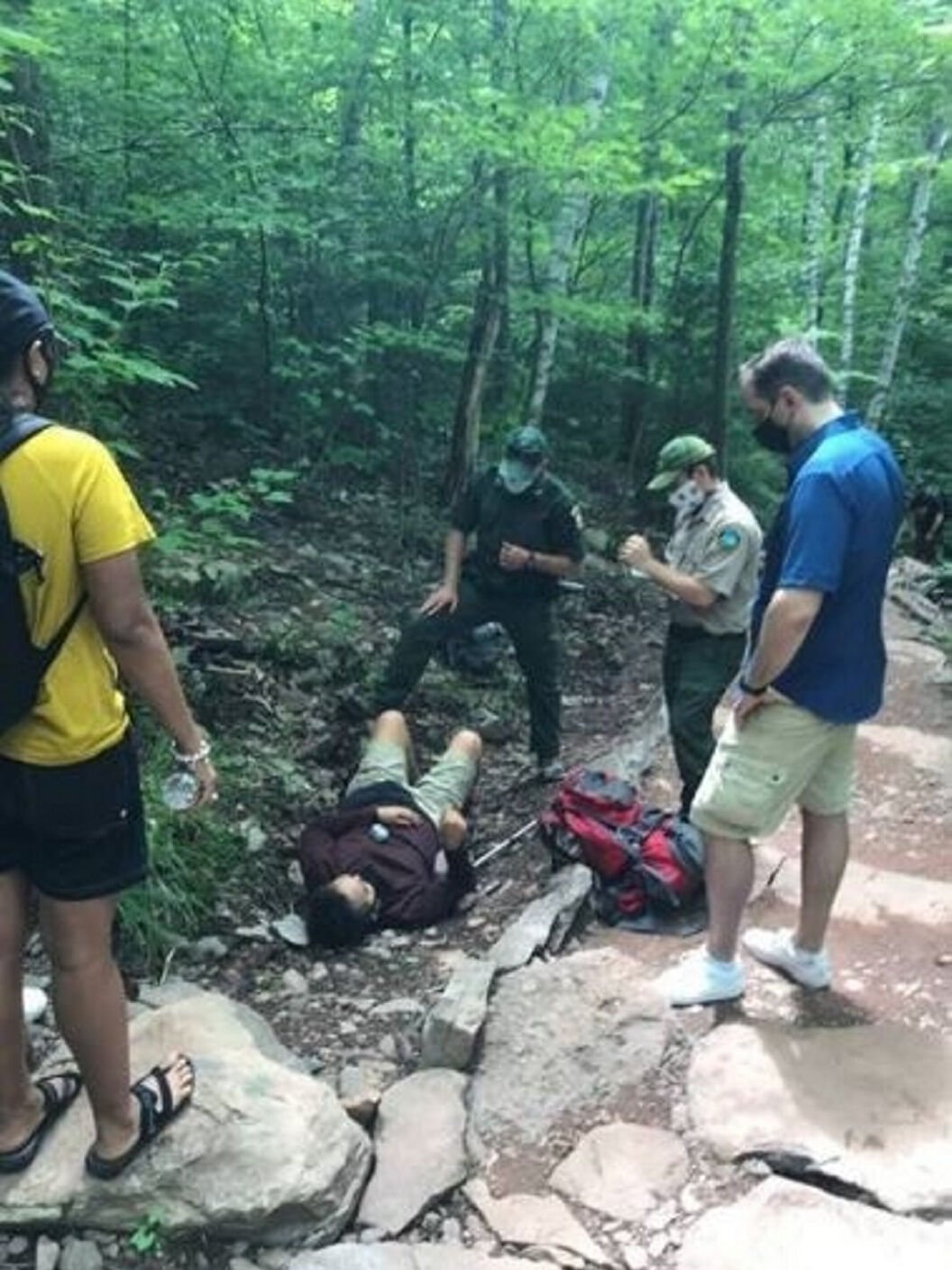 State forest rangers assist a man who passed out on a trail in Hunter. Contributed photo 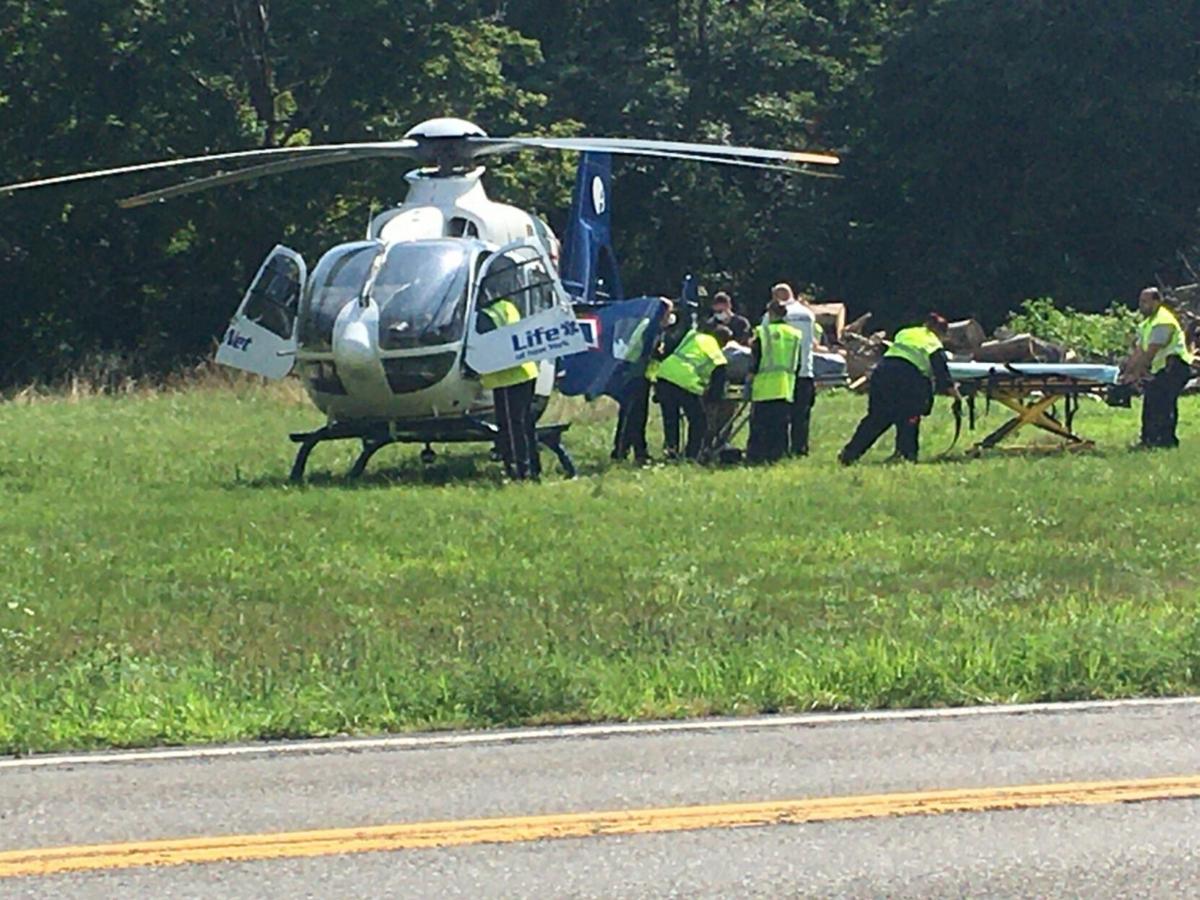 State forest rangers assist a man who passed out on a trail in Hunter. Contributed photo

HUNTER — Three people required medical attention while hiking or swimming in the town of Hunter over the last week, according to the state Department of Environmental Conservation.

Assistant Forest Ranger Jonathan Lassalle, Forest Ranger Joseph Bink, and Lt. David Pachan were called Saturday to an area of the Yellow Trail by relatives of an unidentified man, according to the DEC.

The man, 44, was found lying on the ground. He told rangers he was on his way back from Kaaterskill Falls and lost consciousness after not getting enough oxygen. The man told rangers he was recovering from COVID-19. Rangers medically evaluated the hiker.

After resting, the man was able to walk back slowly to the Laurel House trailhead with assistance from the rangers, according to the DEC.

Once they arrived at the trailhead, Hunter Ambulance evaluated the man and he declined further medical care.

Forest rangers last Wednesday were notified of a hiker feeling sick in the area of Kaaterskill Falls.

Assistant Forest Ranger Aaron France, medics and additional rangers located a 22-year-old woman from Queens on the Yellow Trail, according to DEC.

The woman told rangers that she hiked into the middle pool of the falls on the staircase trail and became nauseous and dizzy. She was assisted to the trailhead on Laurel House Road, where she declined additional medical care, according to the DEC.

In a separate incident, a 15-year-old girl from Queens was rescued Sunday from Kaaterskill Clove following a swimming accident, according to the DEC.

A family member fell on her after jumping from a 6-foot-high rock into a swimming hole, according to the DEC.

Ranger Robert Dawson and a New York State Trooper hiked in and located the girl. Dawson provided medical care and determined the girl had to be immobilized before she could be transported, according to DEC.

The girl was carried out with the assistance of low-angle technical rope rescue systems. She was transported by Hunter Ambulance to Palenville, where she was placed on a Life-Net helicopter and taken to Albany Medical Center for treatment.