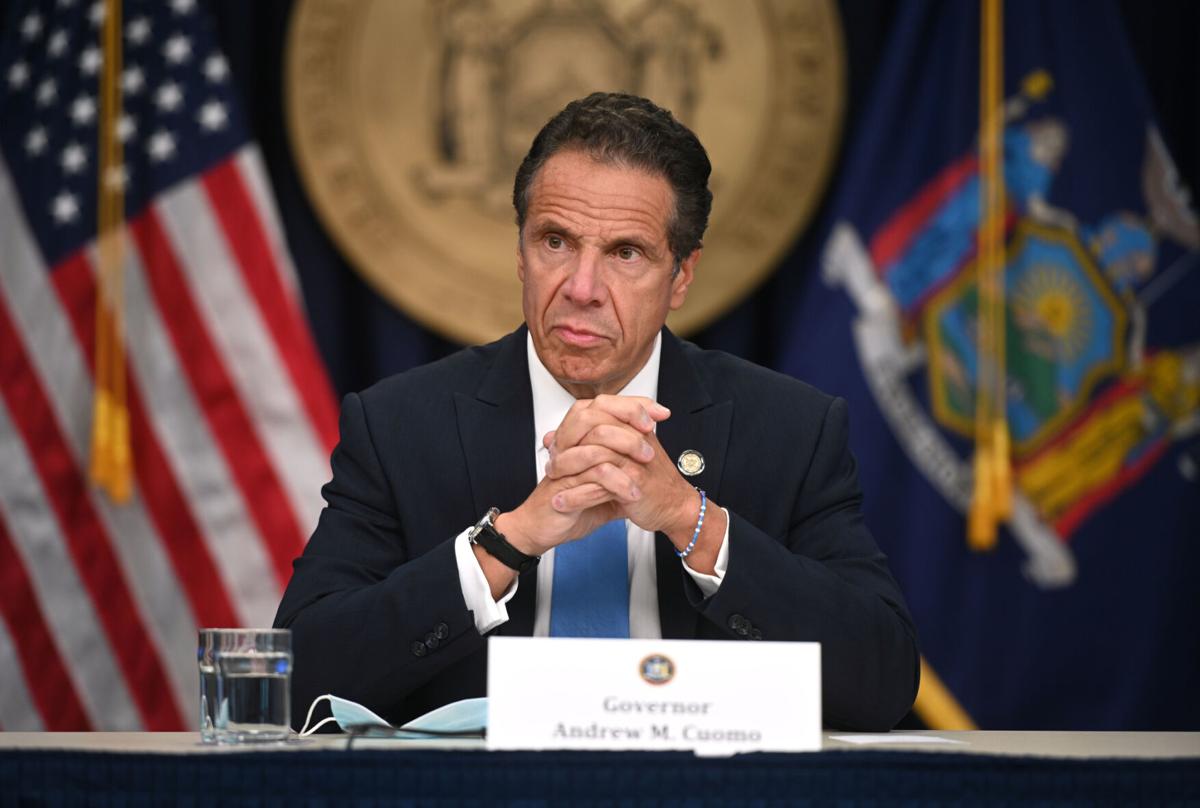 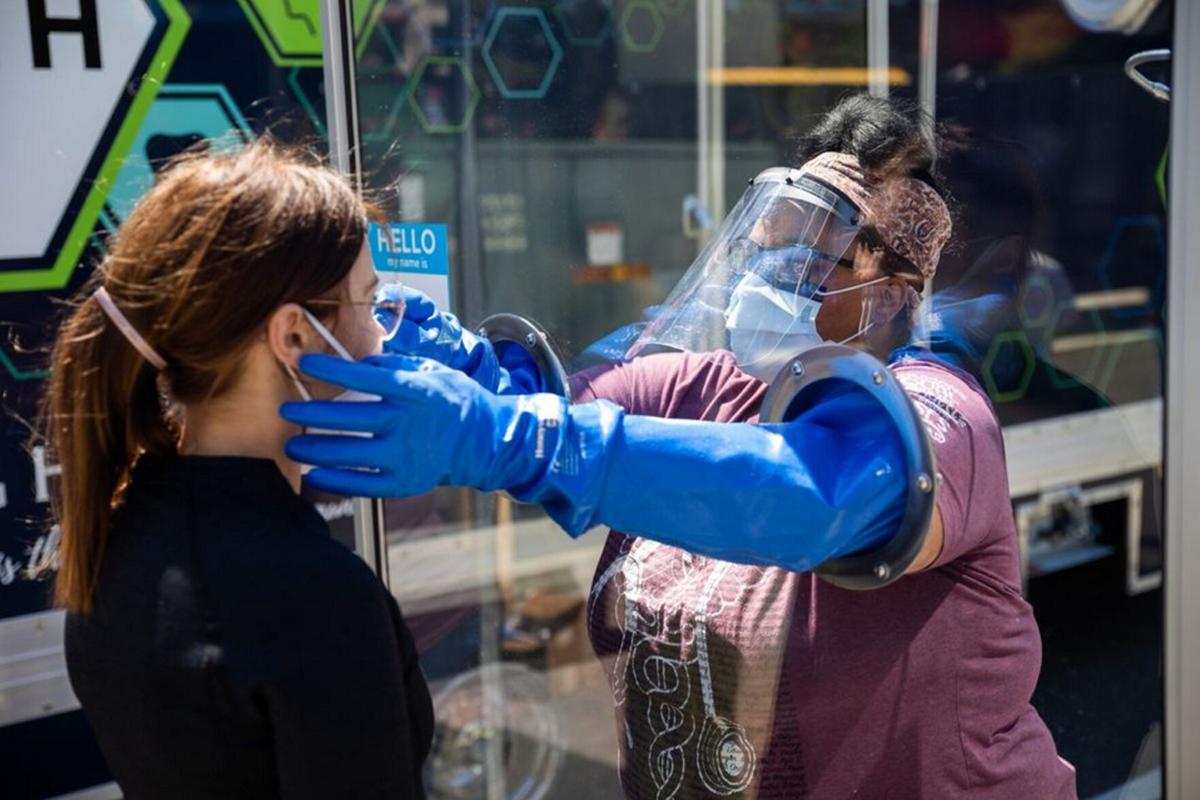 In file photo, an infection control nurse at Caring Health Center demonstrates the portable units to test patients for Covid-19, as a registered nurse serves as a patient for the demonstration. Hoang ‘Leon’ Nguyen / The Republican

In file photo, an infection control nurse at Caring Health Center demonstrates the portable units to test patients for Covid-19, as a registered nurse serves as a patient for the demonstration. Hoang ‘Leon’ Nguyen / The Republican

ALBANY — New York will not implement the Centers for Disease Control & Prevention’s sudden about-face on COVID-19 testing guidelines, which discourage coronavirus testing for individuals exposed to the virus.

The CDC, which has recently rolled back several coronavirus guidelines, announced Monday it would no longer recommend COVID-19 testing for individuals who had been exposed to the disease, but were not experiencing symptoms.

“They reversed their own guidance,” Gov. Andrew Cuomo said Wednesday during a telephone COVID-19 briefing with reporters. “I’ve spoken to health experts from around the globe. None of them will say that this makes any sense from a health point of view. The only plausible rationale is they want fewer people taking tests because, as the president has said, if we don’t take tests, you won’t know that people are COVID-positive and the number of COVID-positive people will come down.”

Last week, the CDC dropped a recommendation that travelers returning from international trips or anywhere with a high number of coronavirus cases self-quarantine for 14 days.

The decision came out of meetings held by a White House coronavirus task force.

“Regarding the CDC, this is indefensible from a public health point of view,” state Health Department Commissioner Dr. Howard Zucker said. “I have to say it makes absolutely no sense. I spoke with scientists at the CDC and they say it’s political.”

U.S. Department of Health and Human Services officials sent an email Wednesday saying the guidance was revised “to reflect current evidence and the best public health interventions,” but did not detail what the new evidence was. Officials also said they wanted to emphasize that people should follow measures designed to help stop the spread of the virus, such as wearing a mask, staying at least 6 feet apart from others and frequently washing hands.

The state will not follow the CDC’s new guidance, Cuomo said, and he discouraged New Yorkers from following the federal agency’s revised coronavirus practices.

“I consider it political propaganda,” said Cuomo, going on to discourage private companies from following the new testing and quarantine guidelines. “It is inherently self-contradictory. Either the CDC is schizophrenic, or they’re admitting error in their position, or this is just political dictation.”

Sen. Kirsten Gillibrand, D-NY, said Trump and his administration have failed to lead the nation in a successful COVID-19 diagnostic testing strategy from the start of the pandemic.”The truth is that we need more tests, not less,” the senator said. “The Trump Administration’s failure to lead on a national strategy for COVID-19 diagnostic testing means that we do not have enough tests for everyone who needs one. If we had a robust testing operation in the United States, we would not have to pick and choose who gets tested and who does not.”New York and our state officials have been leading the national COVID-19 response since the pandemic first hit American shores, and I know they will continue demonstrating that leadership going forward.”

The CDC has been incorrect in the past with its COVID-19 protocols or suggestions, Cuomo said, recalling incorrect CDC reports earlier this spring that denied asymptomatic spread, or that children are not affected by the disease.

Trump tweeted Tuesday he would formally nominate Wolf to serve permanently in the role.

Wolf has served in the position since November. Homeland Security oversees three immigration agencies, along with the Transportation Security Agency, the Federal Emergency Management Agency and the Secret Service. It has been without a Senate-confirmed secretary since Kirstjen Nielsen resigned in April 2019.

Cuomo said he hopes the U.S. House of Representatives conducts an investigation into the appointments.

“If the U.S. Senate confirms these people, it is the ultimate disregard for the rule of law,” Cuomo said, “which is a continuing theme of this administration, but would literally take it to a new level.”

Cuomo said in July that Wolf and Cuccinelli violated their oaths of office by illegally using their department and federal Trusted Traveler programs as a political tool. The federal government halted TPP in New York in retaliation of the state’s denial to release driver’s license information of undocumented immigrants to the federal government under its Green Light Law, according to a leaked Feb. 10 Department of Homeland security memo.

The governor said July 24 he believes Wolf and Cuccinelli were potentially liable for criminal charges and a civil lawsuit after federal lawyers admitted department officials made false statements earlier this year to justify its TPP ban in New York.

“If [U.S. Attorney General William Barr] was a real attorney general and actually serious about his oath of office, he would be investigating how a department for many months was conducting a political vendetta against New York state rather than allowing the president to advance Wolf and Cuccinelli, who are thugs,” Cuomo said.

Wolf would be the fifth person to lead Homeland Security since Trump took office. He stepped into the role following the resignation of Kevin McAleenan, who succeeded Nielsen but served only as acting secretary. The U.S. Senate confirmed neither Wolf nor McAleenan.

The State Liquor Authority and state police issued four violations to one bar or restaurant each in Brooklyn, Queens, Staten Island and Suffolk County on Tuesday for not complying with the state’s mask-wearing and social-distancing mandates.

“It’s continued good news for New Yorkers who are continuing to act smart and united,” Cuomo said. “The infection rate isn’t staying down by anything other than the consequence of our actions.”

Three New Yorkers died from the virus Tuesday, up from two Monday.

Western New York had an infection rate of 1.4% positive Tuesday. The state’s other nine regions boasted a rate of new COVID-19 cases at 0.9% positive and lower, with the lowest in the Mohawk Valley at 0.2%.

“We still have a caution flag for Western New York,” Cuomo said. “It’s better than it was, but not where it should be. We’re focusing on Western New York and we’ll continue to do that.”