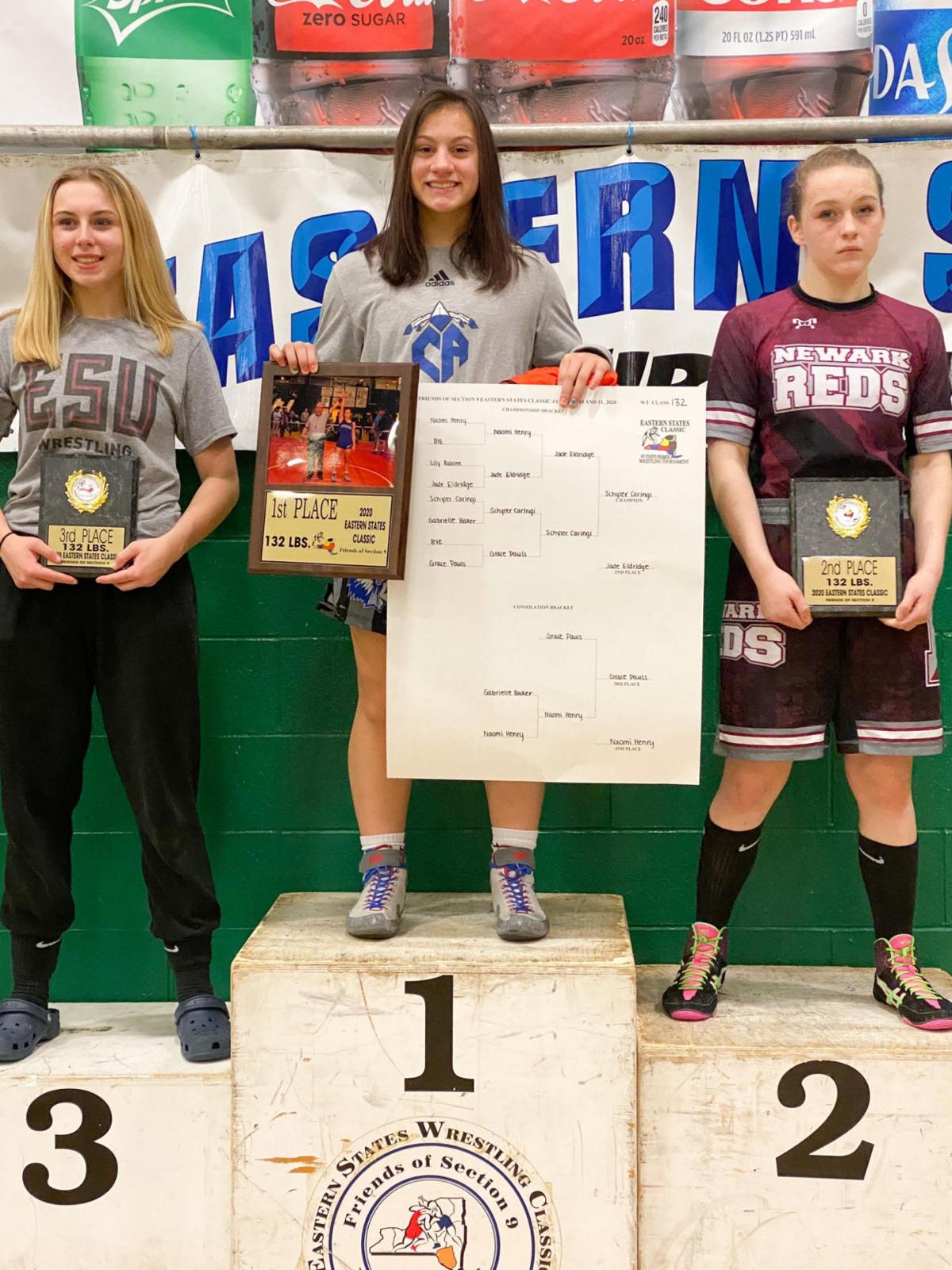 Photo contributed Coxsackie-Athens wrestler Schyler Caringi stands on the podium with her plaque and championship bracket after winning the Eastern State Girls Tournament championship in the 132-pound division. 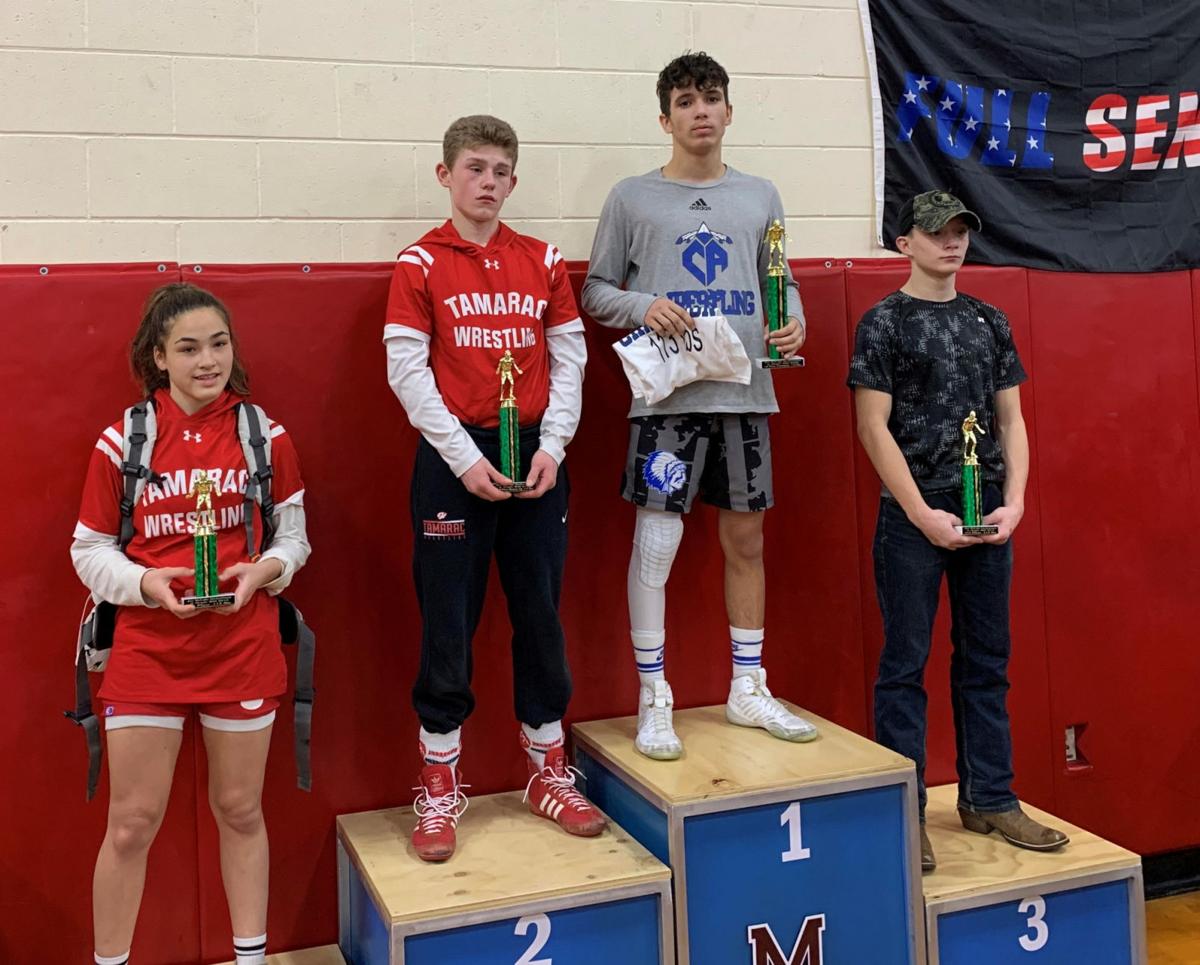 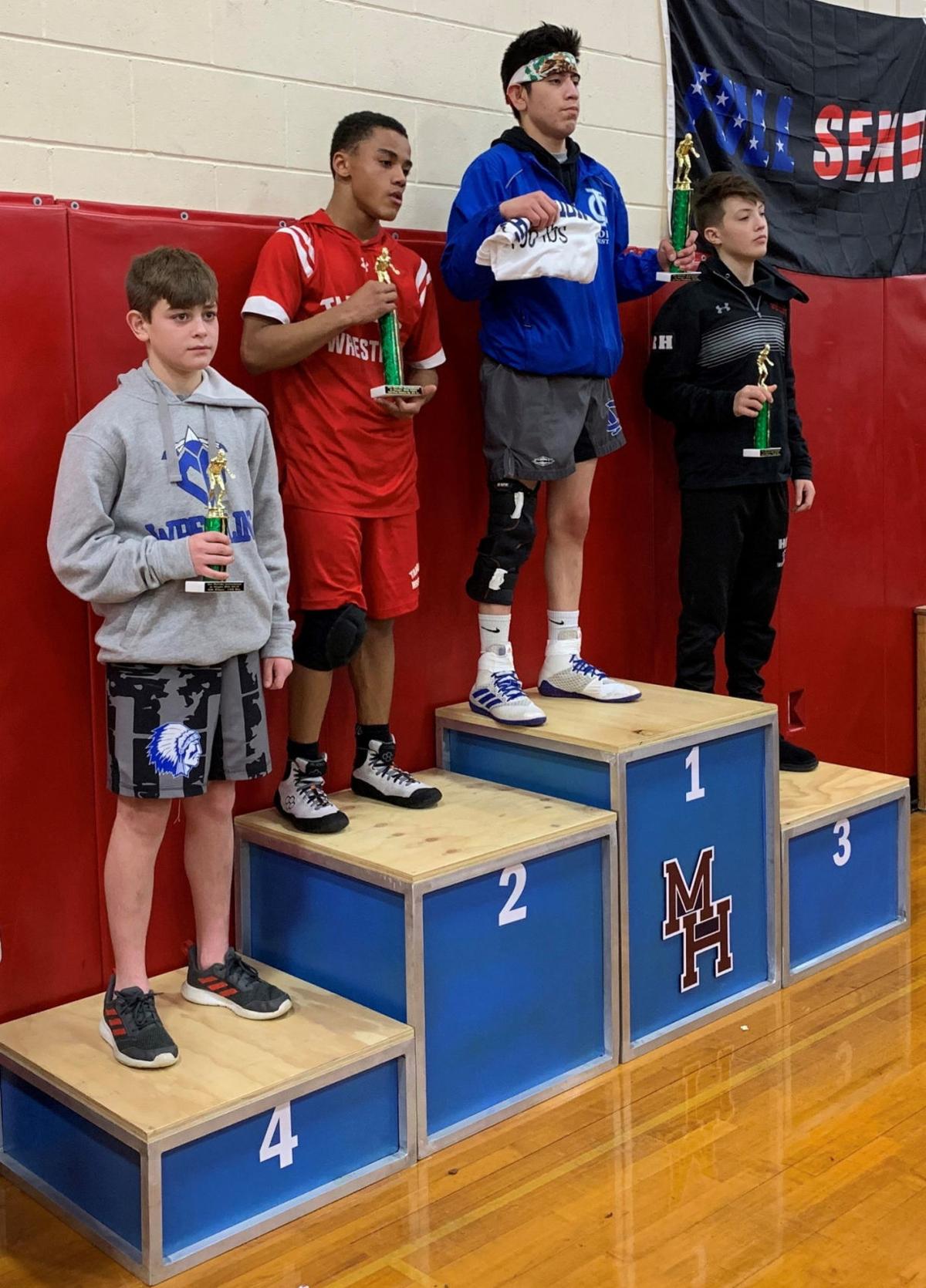 Photo contributed Coxsackie-Athens wrestler Schyler Caringi stands on the podium with her plaque and championship bracket after winning the Eastern State Girls Tournament championship in the 132-pound division.

Caringi pinned a 5-time All-American in the semifinals, punching her ticket to the finals where she major decisioned her opponent, 12-3.

Logan Campbell won the championship in the 113-pound weight class, pinning Tamarac’s Torin Bishop in :56 in the final. Campbell started the tournament with a :24 pin of Brady Lyons of Watervliet in the quarterfinals, then pinned Caleb Carpenter of Hadley-Luzerne/Lake George in 3:30 in the semis.

Three Ichabod Crane wrestlers took home championships in their respecctive weight divisions. Jair Gomez won by technical fall over Trevor Bishop of Tamarac, 20-4, in the 99-pound division; Omar Martinez pinned D’Vante Ortiz of Tamarac in 3:40 in the 106-pound division and Jerald Rhoades pinned Anthony Delmonico of Watervliet in 2:38 in the 138-pound division.

Maple Hill’s Caleb Svingala has yet to lose a match this season, winning the 126-pound division with a pin of Watervliet’s Peyton White in 1:35 in the final.

4 steps to expertly green grass on a DIY budget

Dig into gardening trends: Tips to get started

Get Stronger Every Day With At-Home Workouts

Expressing Sympathy During This New Normal