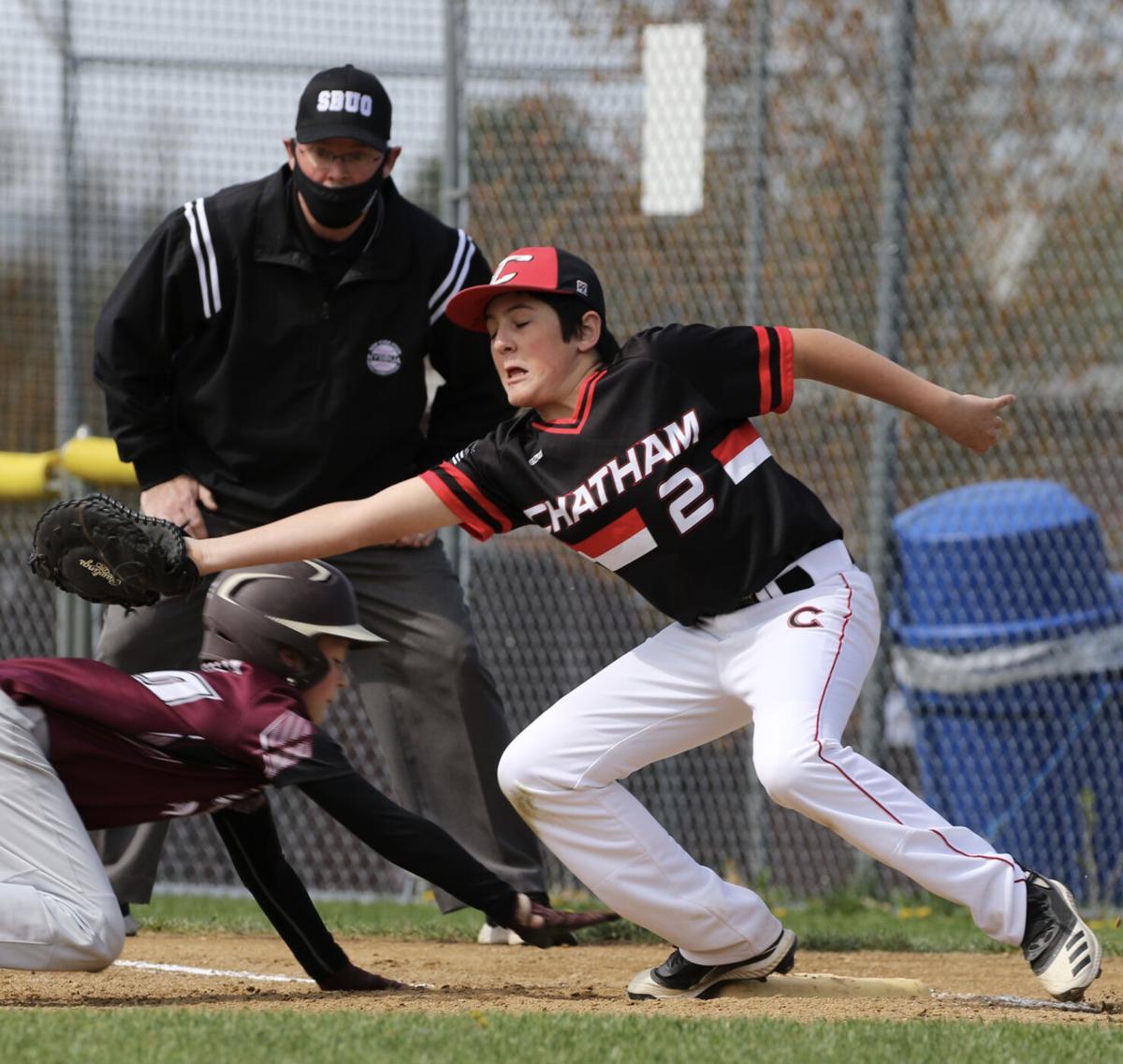 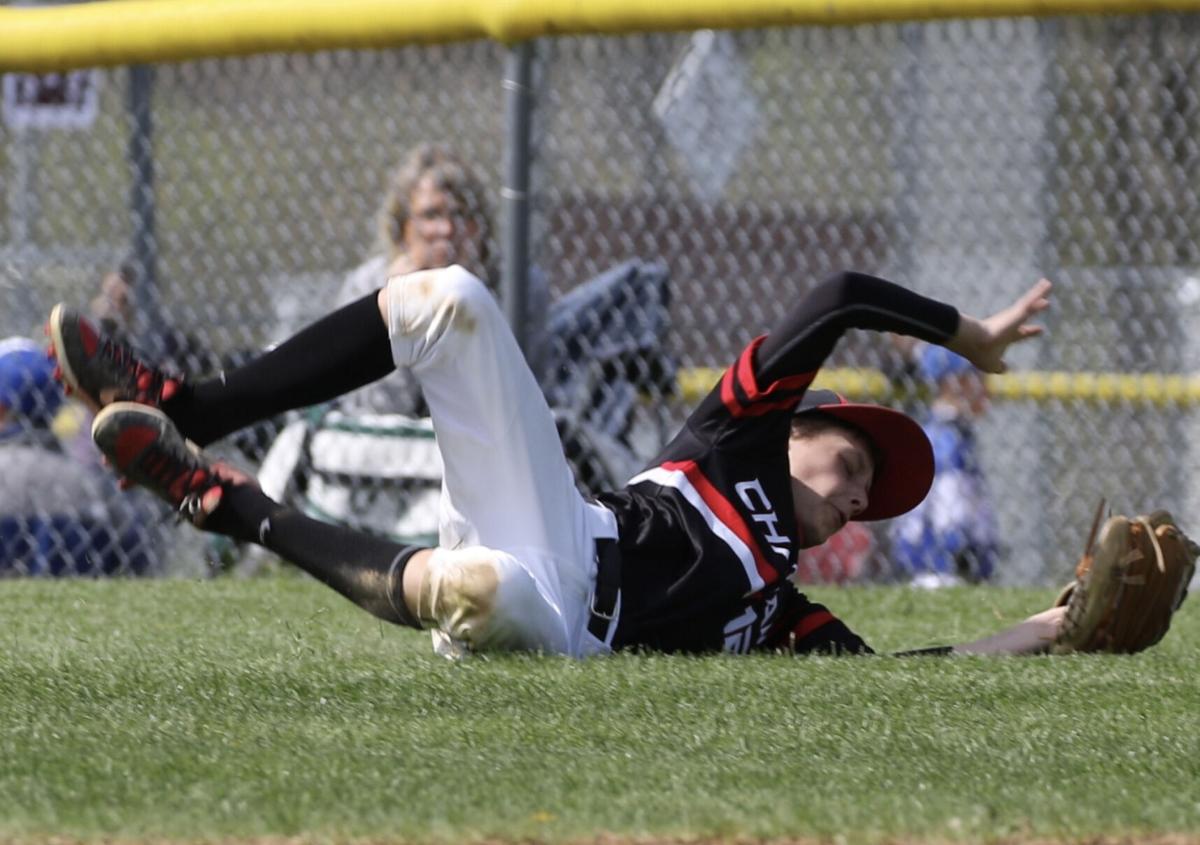 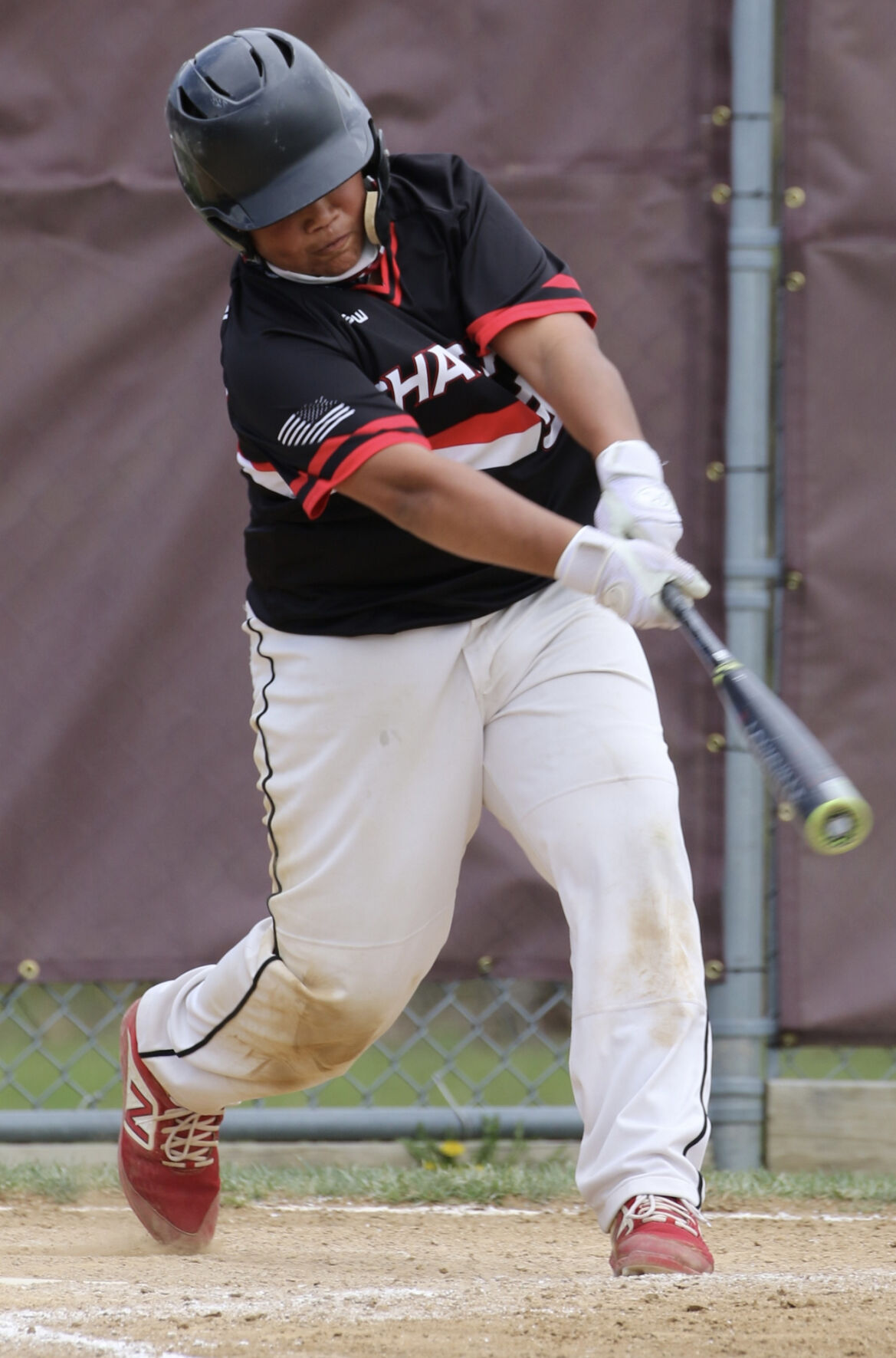 CHATHAM — The Chatham Reds 12U Travel Baseball team traveled to Burnt Hills/Ballston Lake Sunday morning for a single game and earned a 14-2 victory.

Landon Van Alstyne and Brayden Steltz started the game with back to back walks, and pulled off a double steal. Two batters later, Sean Harrington singled them home. Griffin Reardon then singled to score Harrington.

Burnt Hills answered back with two runs of their own on two hits and two errors.

In the top of the second, with one out, Aidan Madsen walked and Jackson Carl singled and moved up a base via the steal and Conner Madsen executed a perfect squeeze bunt to plate Aidan Madsen. Bronson Haner followed with a single to score Carl.

Landon Van Alstyne reached on an error, and then Bryaden Steltz hit a two-out single to score Haner and Van Alstyne.

Owen Wilber doubled to left to score B. Steltz. The Reds failed to score in the top of the third, but came out swinging in the fourth to put the game away.

Chatham had five hits in the inning, coming off the bats of Haner, Van Alstyne, Harrington, C. Steltz and Reardon. Harrington and Haner each hit a double in the inning.

Offensively, Harrington, Reardon and Haner each had multiple hits.

The Reds are now 5-1 and will host North Colonie on Friday evening at 6:30 at Crellin Park.

Nielsen helped his own cause with a single and an RBI. Tyler Sheldon and Trent Keller added 2 singles apiece, Xavier Castle and Otto Slemp both singled and Brody Adickes and Maky Kirby each drove in a run.

HANNACROIX — Mason Briscoe fired a one-hit shutout with 14 strikeouts and just one walk to lead the Columbia Clippers 10U to a 9-0 victory over the Greene County Outlaws.

Logan Burleigh had a triple and single and an RBI for the Clippers. Briscoe added two singles and an RBI, Jayden Brantley and Braeden Barnes a single and an RBI each, Ethan Brennan and Tanner Kelly both singled and Evan Conte and Keegan Mullins had an RBI apiece.

BETHLEHEM — Madi Van Alphen and Carter Chase combined on a three-hitter as the Greene County Outlaws 8U defeated the Bethlehem Eagles, 14-2, in Sunday’s Travel Baseball game.

Van Alphen and Chase teamed up for nine strikeouts and four walks.