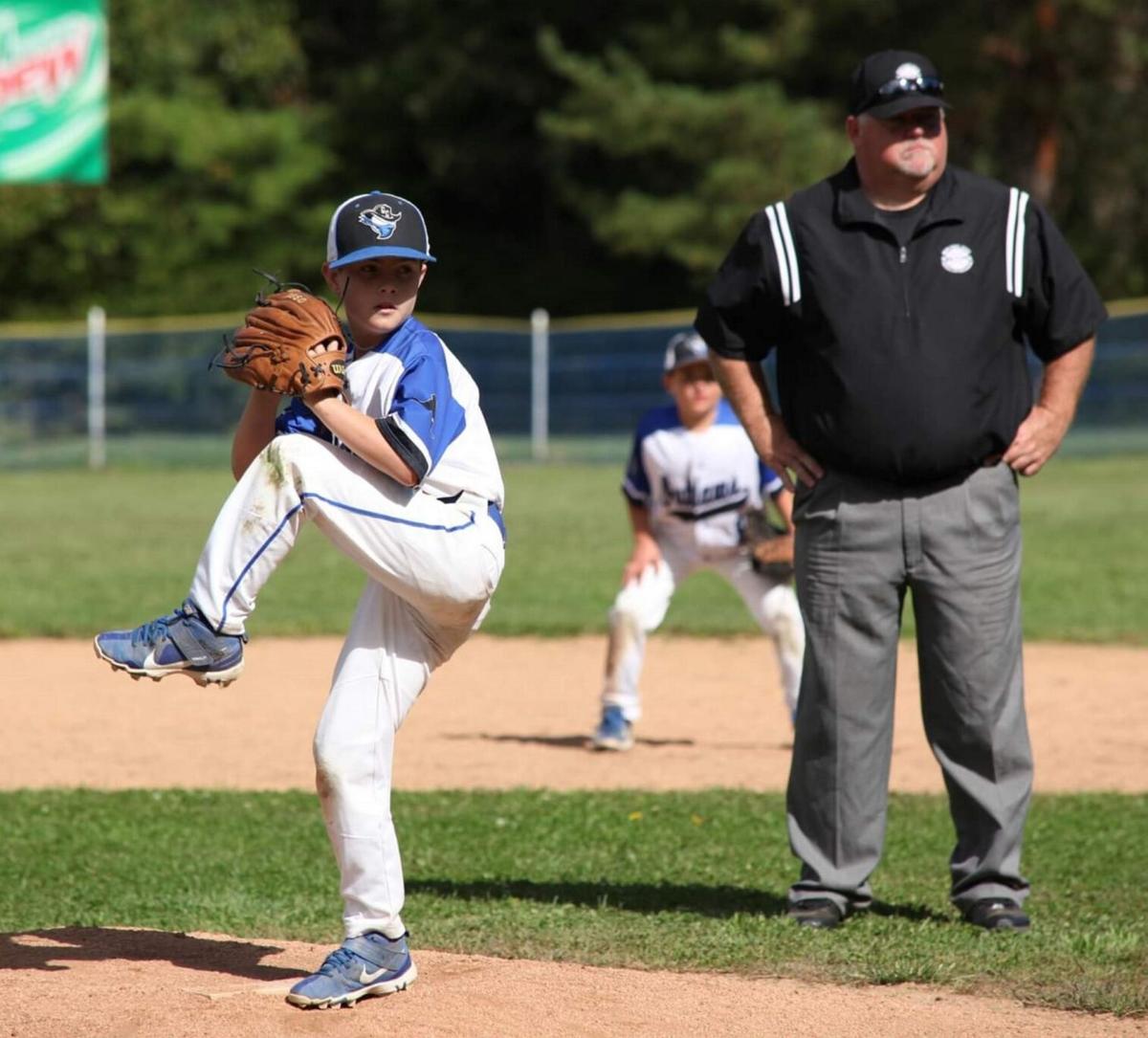 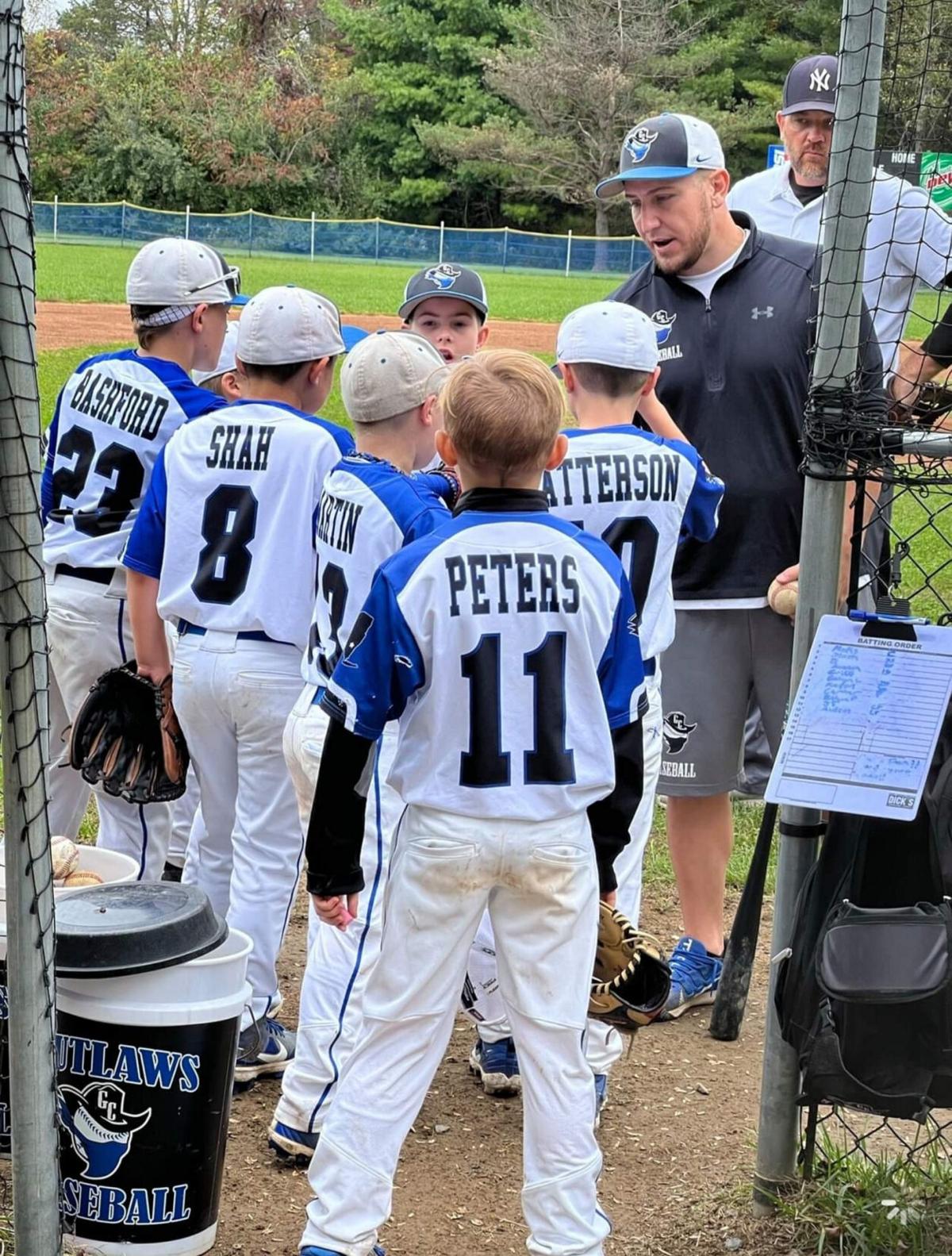 Maks Drukarczyk had a double and single with three RBI as the Greene County Outlaws 9+ completed a doubleheader sweep of the Columbia Clippers 9+ with a 12-4 victory in Sunday’s Fall Travel Baseball action.

Griffen Roth doubled for the Outlaws. Ethan Peters singled and drove in a run and Braden Martin and Ethan Lenzo each had a single. Roth and Peters both scored two runs and Stosh Yusko, Martin, Chris Brown, Austin Bashford, Lenzo, Kaden Paterson and Carter Chase all scored a run.

Griffen Roth ripped a pair of doubles to spark the Greene County Outlaws 9+ to a 14-3 victory over the Columbia Clippers 9+ in Sunday’s Fall Travel Baseball game.

Jack Mullins ripped two doubles and drove in three runs and Kyle Bartlett and Zach Rowe combined to throw a three-hit shutout as the Columbia Clippers 16U defeated the New York Blackhawks 15F, 12-0, in the first game of Saturday’s Fall Travel Baseball doubleheader.

Bartlett struck out six and walked two and Rowe struck out three and allowed three hits.

Zach Rowe doubled, singled and drove in two runs to power the Columbia Clippers 16U a 9-5 victory over the New York Blackhawks 15F to complete a sweep of Saturday’s Fall Travel Baseball doubleheader.

The ENY Blackhawks 15U earned a split of Sunday’s Fall Travel Baseball doubleheader with the Clifton Park-Halfmoon Gators by posting an 8-3 victory in the nightcap.

Max Frering tripled for the Blackhawks. Brandon Rossano added two singles and an RBI, Nolan Space had two singles, Gavin Hartka singled and drove in two runs, Dom Pelizza and Scott Sleurs each had a single and an RBI and Jacob Macfarlane, Kyle Danforth and Gabe Carpenter all singled. Sam Buquet (3k,6bb,2r,2h) and Rossano (4k,3bb,1r,2h) shared pitching duties for the Blackhawks.

The ENY Blackhawks 15U dropped a 4-3 decision to the Clifton Park-Halfmoon Gators 14U in the first game of Sunday’s Fall Travel Baseball doubleheader.

Brandon Rossano tripled to lead the Blackhawks’ eight-hit attack. Max Frering added a double and single, Dom Pelizza and Gabe Carpenter each had a single and an RBI, Sam Buquet, Scott Sleurs and Nolan Space all singled and Jacob Macfarlane drove in a run.

Pelizza went the distance on the mound for the Blackhawks, striking out four, walking two and allowing four runs and six hits.

The Columbia Clippers 13U split a pair of games in the Get Your Pink On Fall Baseball Tournament in Oswego on Saturday, losing to Upper Pennsylvania, 6-0, and defeating Team PAC, 9-0.

Gannon Logue doubled for the Clippers. Eli Conte added two singles and an RBI, Avery Ackerly singled and drove in two, Brayden Jause singled and Jacob Alvarez, Ryan Conte and Maky Kirby all had an RBI.

For the Blackhawks, Dewey Hoff went 3 for 3 with three runs and two RBI, Hunter Puff went 2 for 2 with two runs scored and Louis Decrosta went 2 for 3 with on run and one RBI.