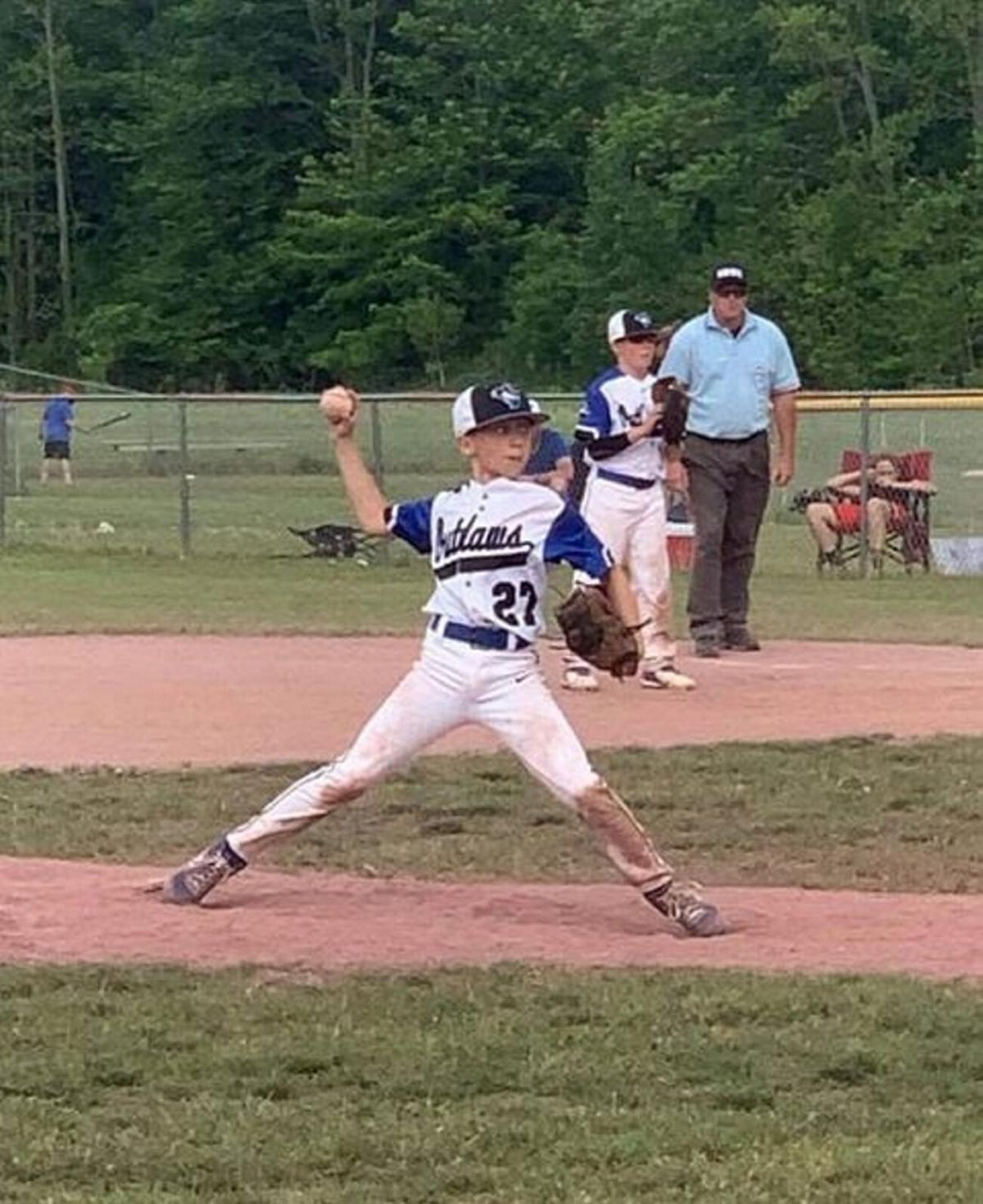 Photo contributed Green County Outlaws 9U pitcher Max Van Etten threw a no-hitter with eight strikeouts in a 7-0 victory over the Greene County Bombers on Saturday. 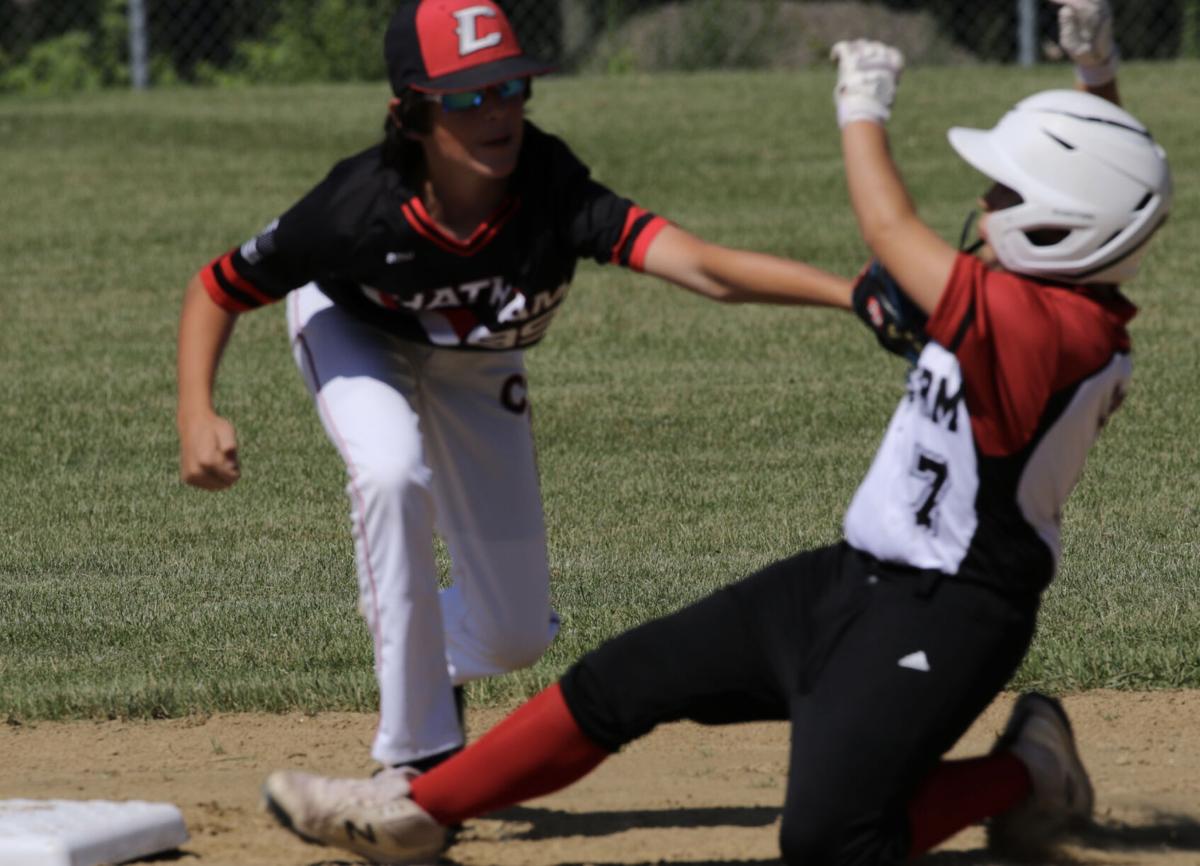 Photo contributed Green County Outlaws 9U pitcher Max Van Etten threw a no-hitter with eight strikeouts in a 7-0 victory over the Greene County Bombers on Saturday.

Van Etten’s teammates backed him up with an error-free game.

In the second, Horton walked, stole second and scored on a single by Wilber to make it 3-0.

In the third, Haner tripled, and scored on a sac fly from Brody Casivant to make it 4-0.

Chatham’s big inning was the fifth when Griffin Reardon and Brody Casivant started tins off with back-to-back homers. Haner walked and Brayden Steltz followed with a double and Horton singled. When the smoke cleared, the Reds plated five runs in the frame.

The Red Storm scored a single run in the 4th, 5th and 6th

VALATIE — Max Frering blasted a dramatic three-run homer in the bottom of the seventh inning to give the ENY Blackhawks 14U a 7-6 victory over the TC Bombers 13EB on Sunday.

With the Blackhawks trailing 6-4, Dom Scali reached on an error to start the bottom of the seventh. After Dom Pelizza doubled to put runners on second and third, Frering stepped in and delivered his game-winning bomb.

Frering also doubled and singled for the Blackhawks (7-0). Pelizza added two doubles and an RBI, Gabe Carpenter had two singles and an RBI, Kyle Danforth singled and drove in two and Tyler Peck and Jacob Macfarlane singled.

HUDSON — The Columbia Clippers 10U swept Sunday’s travel baseball doubleheader with the DevilCats 10U, winning the first game, 14-4, and the second, 11-7.

In the opener, the Clippers won despite getting just two hits -- a single each by Evan Conte and Tanner Kelly. Braeden Barnes, Jayden Brantley and Otto Semp each drove in a run.

Conte and Keegan Mullins combined for the win, striking out four, walking one and allowing four runs and four hits.

In the nightcap, the Clippers scored six in the first and never looked back.

COXSACKIE — Austin Bashford ripped two singles and drove in three runs to lead the Greene County Outlaws 8U to a 13-8 victory over the Saratoga-Wilton Blue Sox in Sunday’s travel baseball game.

Andrew Favicchio singled and drove in three runs for the Outlaws. Madi Van Alphen added two singles and an RBI and JJ Shah and Aiden Yusko each had a single and two RBI.