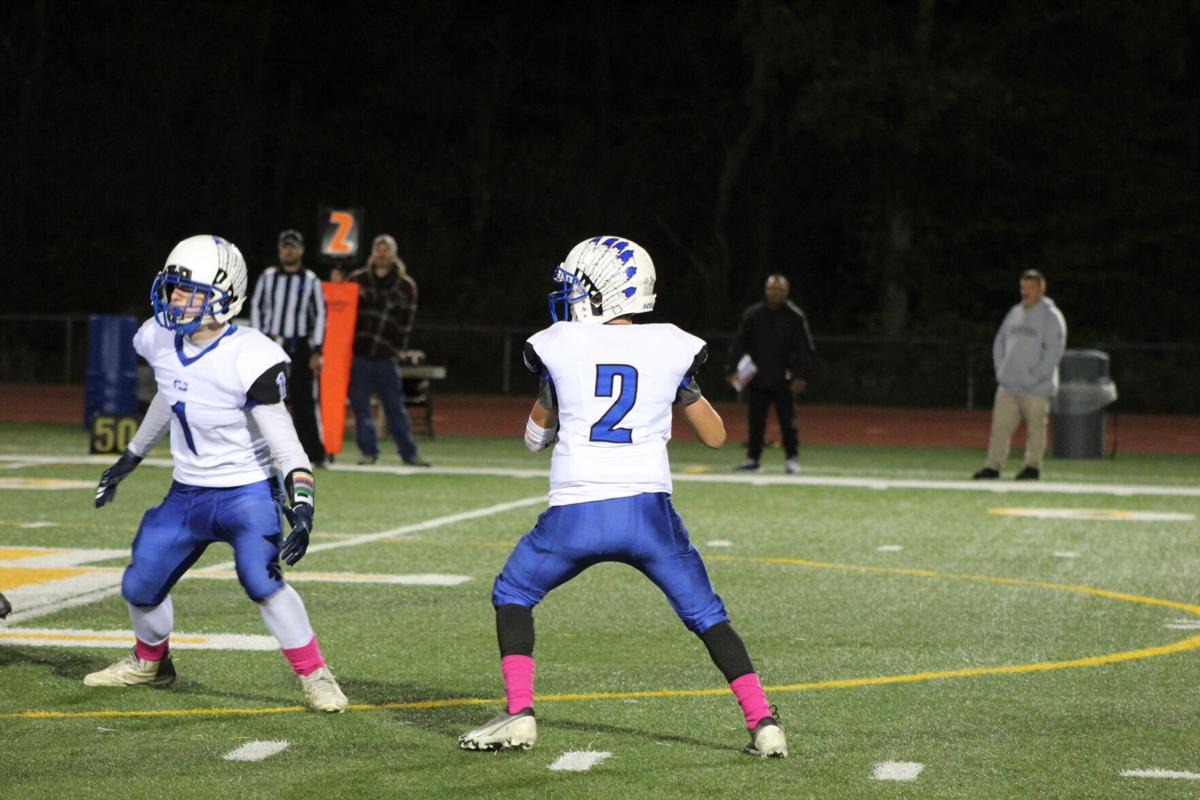 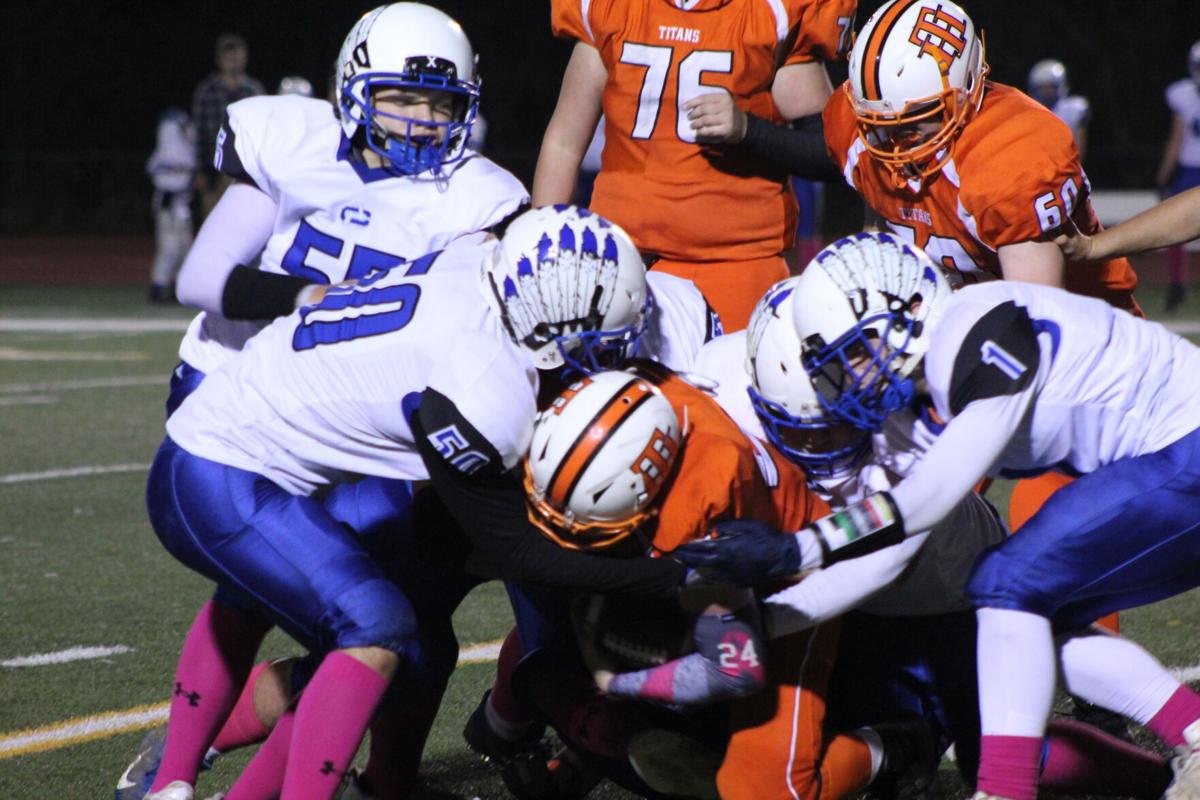 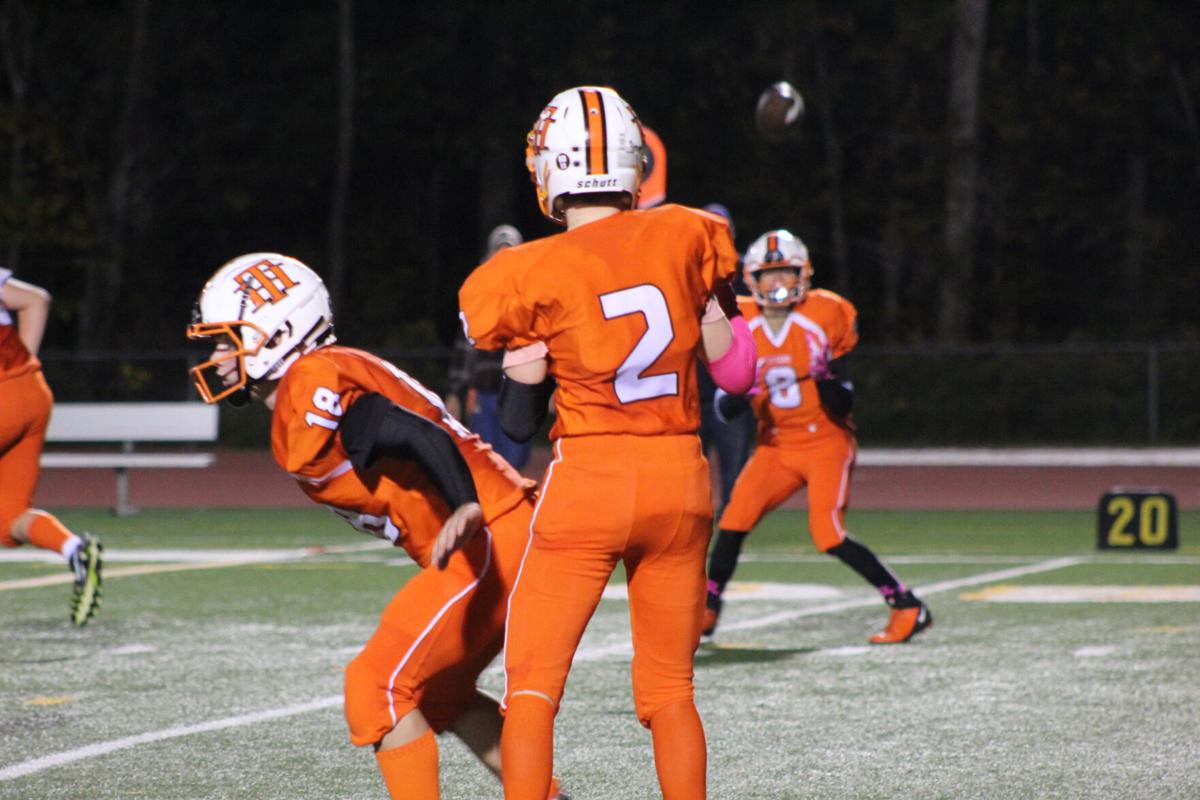 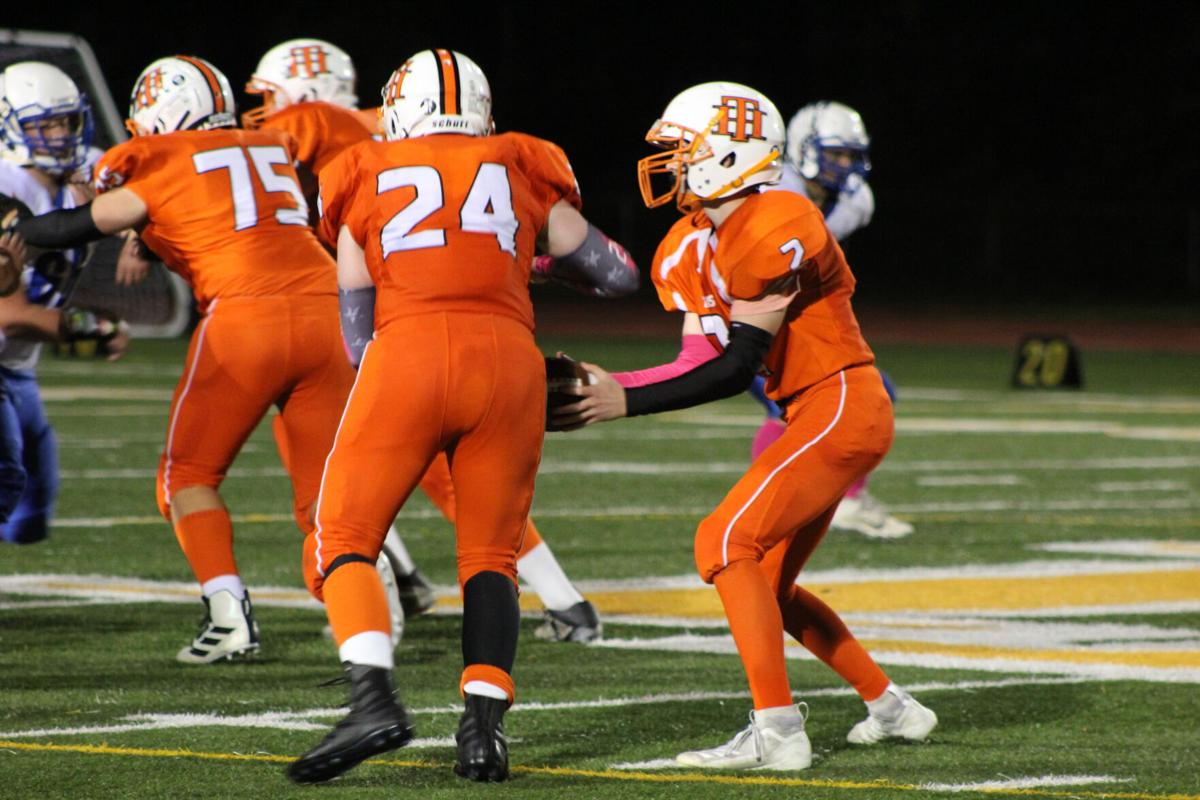 CRARYVILLE -- The Taconic Hills Titans won their first home game of the 2021 football season by a 60-0 final score over visiting Coxsackie-Athens.

Landon Halsted was the star of the game as he completed seven passes for 165 yards and three touchdowns, rushed for 111 yards and a touchdown, and returned a punt 65 yards for a score as well.

Aaron Bonci led the Titans’ receivers with three catches for 96 yards and two touchdowns, and Bo Burns had 13 carries for 94 yards and a touchdown himself.

The Titans executed their game plan to perfection on the night, scoring on their very first play from scrimmage on a 60 yard touchdown pass from Halsted to Bonci with just 12 seconds off the game clock. Halsted's pass was completed to Nathanael Baird for the two point conversion and Taconic Hills led 8-0. The Titans recovered the ball on the ensuing kickoff and were quickly in position to put more points on the board. On the second play of the drive Halsted found Bonci again for a 26 yard TD pass, and Burns took the handoff across the goal line for another two point conversion for the Titans. Taconic Hills now had a 16-0 lead over Coxsackie-Athens with just 55 seconds off the game clock. The C-A offense had a steep hill to climb already, and they went three and out on their first series. The Titans put Halsted back to receive the punt, and he hit a seam as he took it to the right sideline and took it 65 yards upfield into the endzone for another Taconic Hills touchdown. After another successful two point conversion, C-A now trailed 24-0 with almost an entire game ahead of them.

Burns scored next for the Titans, a sweep to the left on the first play of the second quarter, and a fourth two point conversion to widen the lead to 32-0. C-A finally had some good field position after the kick return got them to their own 46 to start the drive, but the Titans’ defense had other plans. Charlie Beck got into the backfield more than once to disrupt multiple plays for C-A and they were forced to punt. This was much of the story for the rest of the quarter, and really the game, for C-A, and they were down 46-0 at halftime.

Both coaches agreed to allow the referees to implement a running clock for the second half, the only stoppage being if there was a timeout or an injury. Looking for any kind of momentum swing, C-A brought the kickoff to midfield to start the third quarter, but they fumbled it away on the first series as Burns recovered the loose ball for Taconic Hills. With the running clock moving to their advantage, the Titans used as much of it as they could in the second half. After a Burns rushing touchdown in the third made it 53-0, Halsted missed out on a sixth touchdown in the fourth quarter when he fumbled it into the endzone on a scramble. However teammate Nathanael Baird gathered it in bounds for the Titans’ final score of the night, the kick successful afterwards to make it 60-0. With the clock still running C-A still failed to move the ball with any significance on their final possession and the Titans took over once again. Taconic Hills was content to run the clock out though and they knelt it down one final time on third down and the clock ran down to 0:00 with the score still 60-0 and good for the Titans’ first home win of the season.