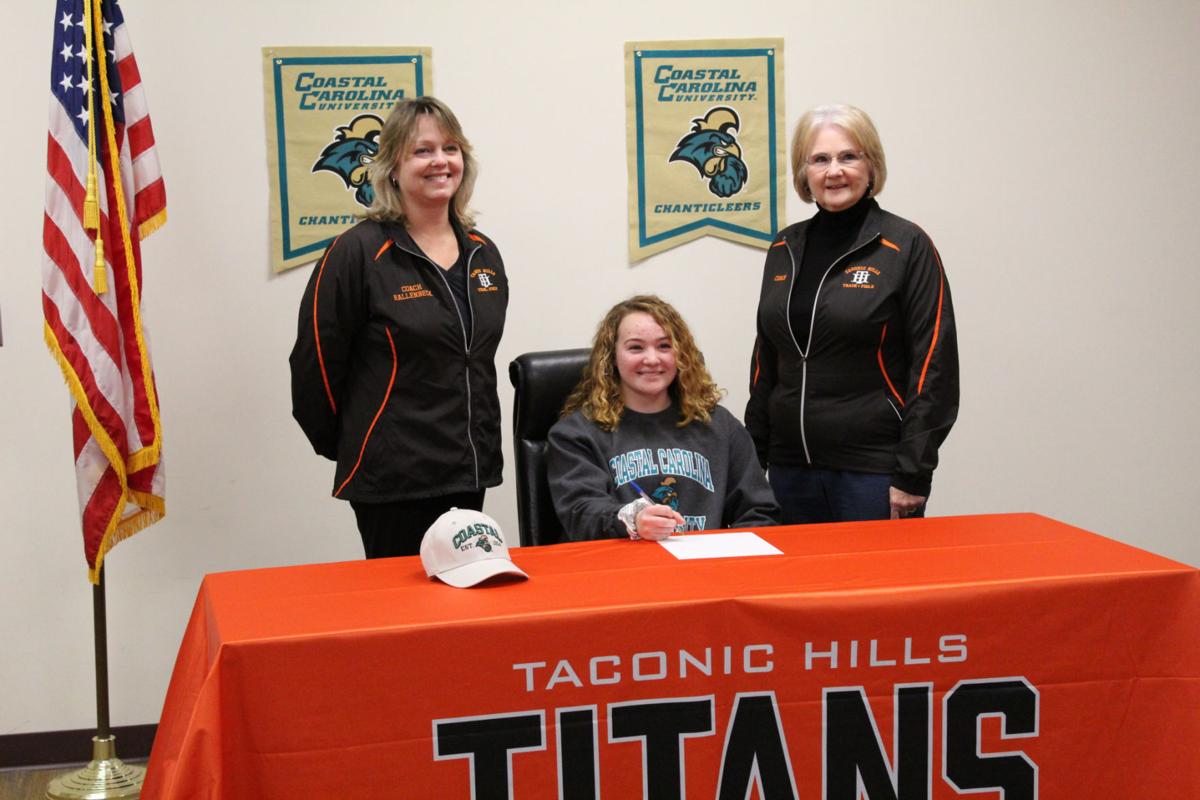 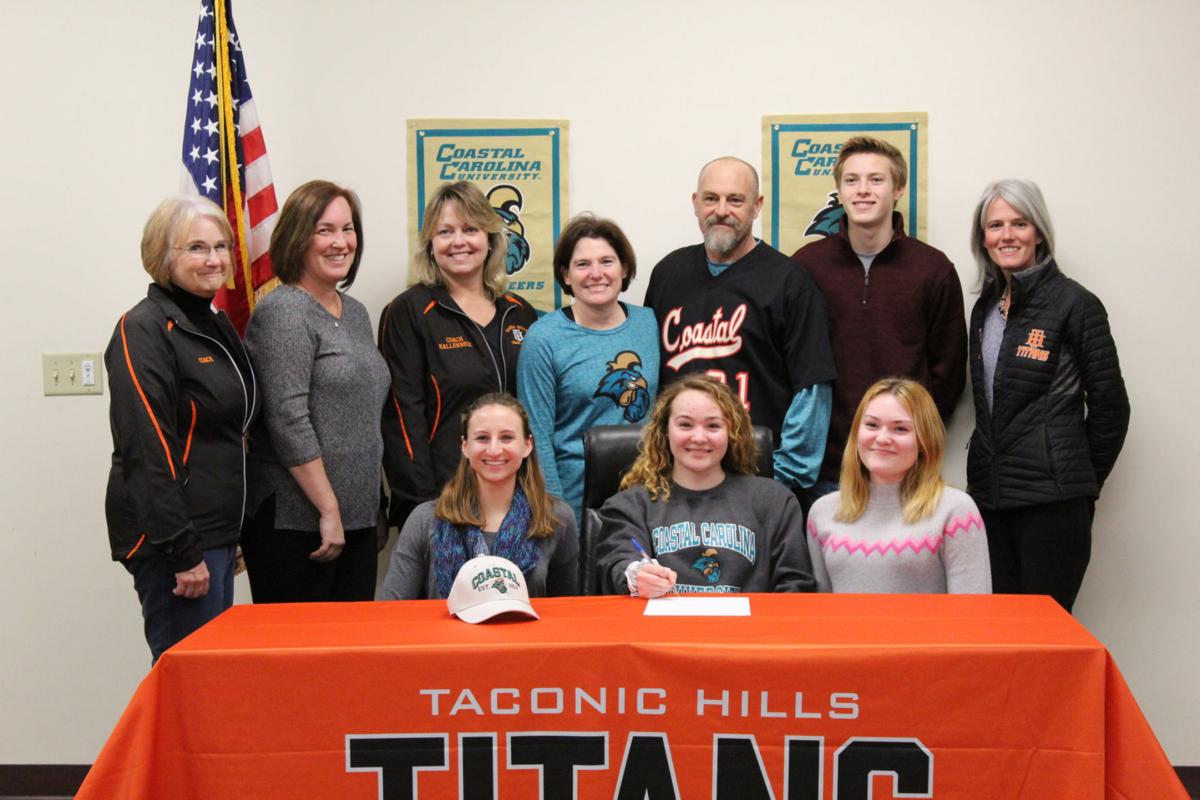 Matt Fortunato/Columbia-Greene MediaTaconic Hills senior Amelia Canetto is joined by coaches and family members as she signs a letter of intent to continue her academic and athletic career at Coastal Carolina University in the Fall.

Matt Fortunato/Columbia-Greene MediaTaconic Hills senior Amelia Canetto is joined by coaches and family members as she signs a letter of intent to continue her academic and athletic career at Coastal Carolina University in the Fall.

A hard worker on the field and in the classroom, Canetto does not see the point in striving in one area more seriously than the other.

“I just feel like if you’re not putting all your effort in, then what’s the point in doing it,” Canetto said.

Amelia was also considering the University of Rhode Island, but decided that her aspirations to major in marine biology at Coastal Carolina.

Titans track coach Audrey Hallenback described Amelia as “an extremely coachable, focused, and hard-working athlete, whose intensity and competitive nature will make her a welcome, and successful to the Coastal Carolina track program.”

In fact, this competitive drive pushed Canetto to earn a bronze medal in the 400m at the NYS Track & Field Championships in 2019.

This idea of continuing to better herself was even more evident when I got to this signing, and was told Canetto was actually coming straight to the event from a workout.

Amelia’s indoor track and USATF coach Neil Howard was also very confident in her abilities and emphasized her willingness to go the extra mile in everything.

“Amelia is a true student-athlete,” he said. “Her outstanding work ethic on the track, in field hockey and in the classroom is an inspiration to us all.

“Amelia goes above and beyond in pursuit of excellence, and there are few rivaled by her competitiveness and attention to detail in academics and sports.”