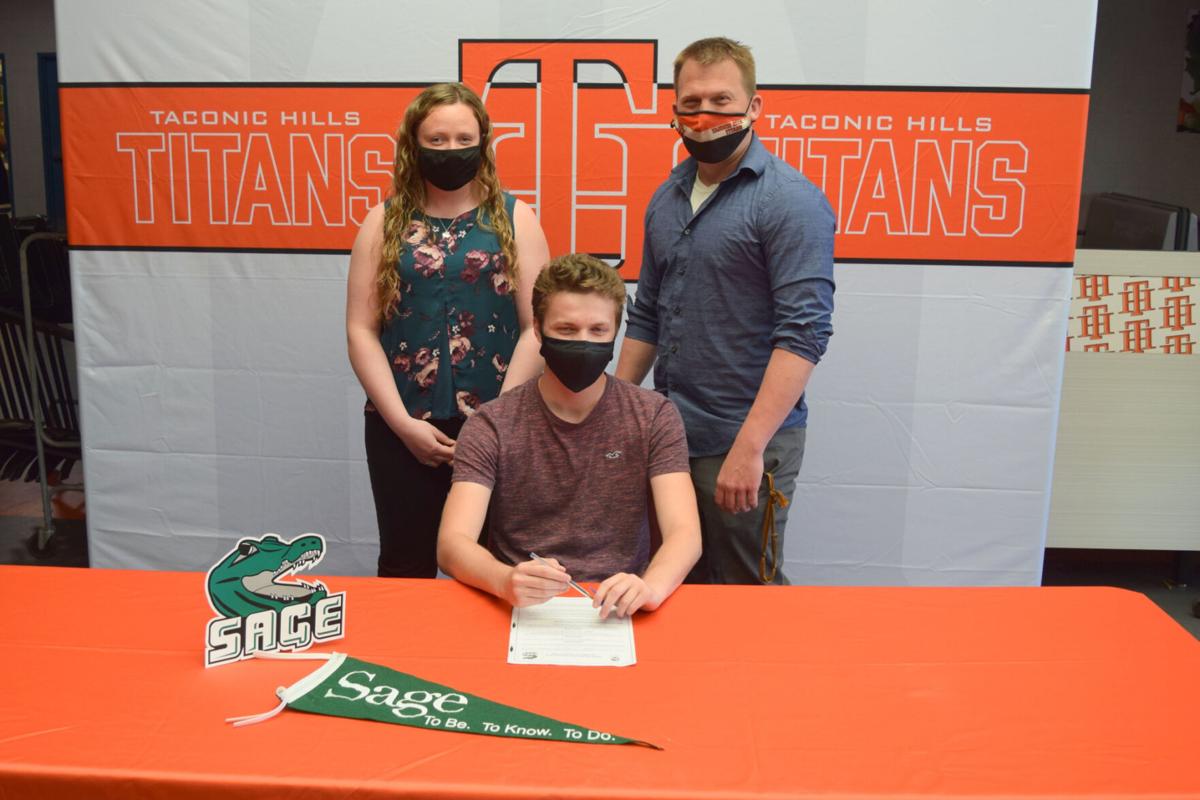 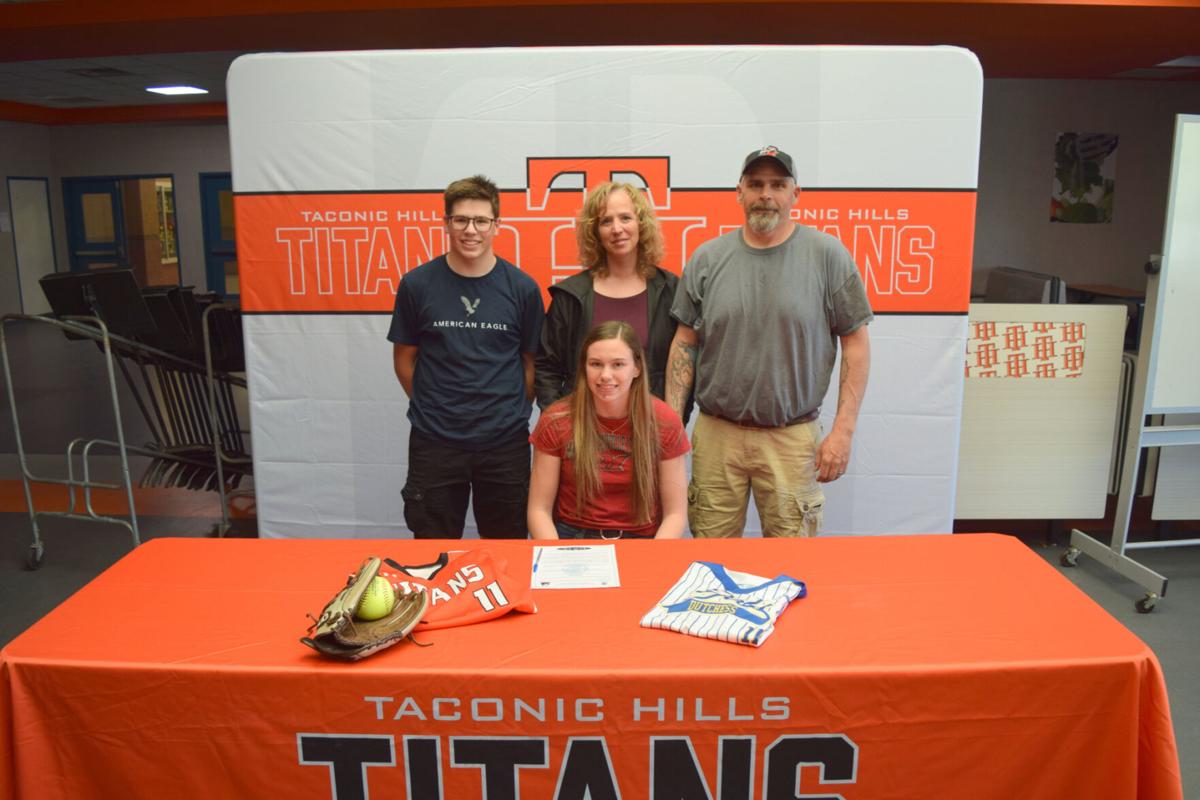 CRARYVILLE — Taconic Hills student-athletes Emily Mottoshiski and Isaac Langer have decided where they will continue their academic and athletic careers.

Mottoshiski signed her letter-of-intent to play softball for Manhattanville College, while Langer will be competing in two sports at Sage College.

Titans’ softball coach Tom Davis couldn’t have been more pleased for Mottoshiski, who has been accepted into the nursing program at Manhattanville.

“Congratulations Emily,” Davis said. “Along with the her talent and ability, it’s her work ethic, leadership and being a great teammate that makes her a special player and person. It has been an honor to be her Coach over the last four years and wish her the best going forward. We will miss her.”

Langer will participat in volleyball and track & field at Sage. He plans to study Exercise Science, hoping to be an Athletic Trainer or Physical Therapist.

Titans’ volleyball coach Ashley Werner feels Sage is getting a good one.

“Isaac is a disciplined athlete with a competitive attitude who is committed to getting better each day he steps on the court,” Werner said. “He has played many positions successfully during his time at TH, using his athleticism to his advantage and learning the various roles along the way. He will be a great addition to the Sage Men’s Volleyball team.

“Isaac’s a dedicated athlete who improved every season,” Kolewe said. “He’s a great team player rising to various challenges to put our teams into positions to win. He is multi-talented as a mid-distance runner, hurdler, and steeplechaser and will be a versatile asset to his collegiate team in the future.”