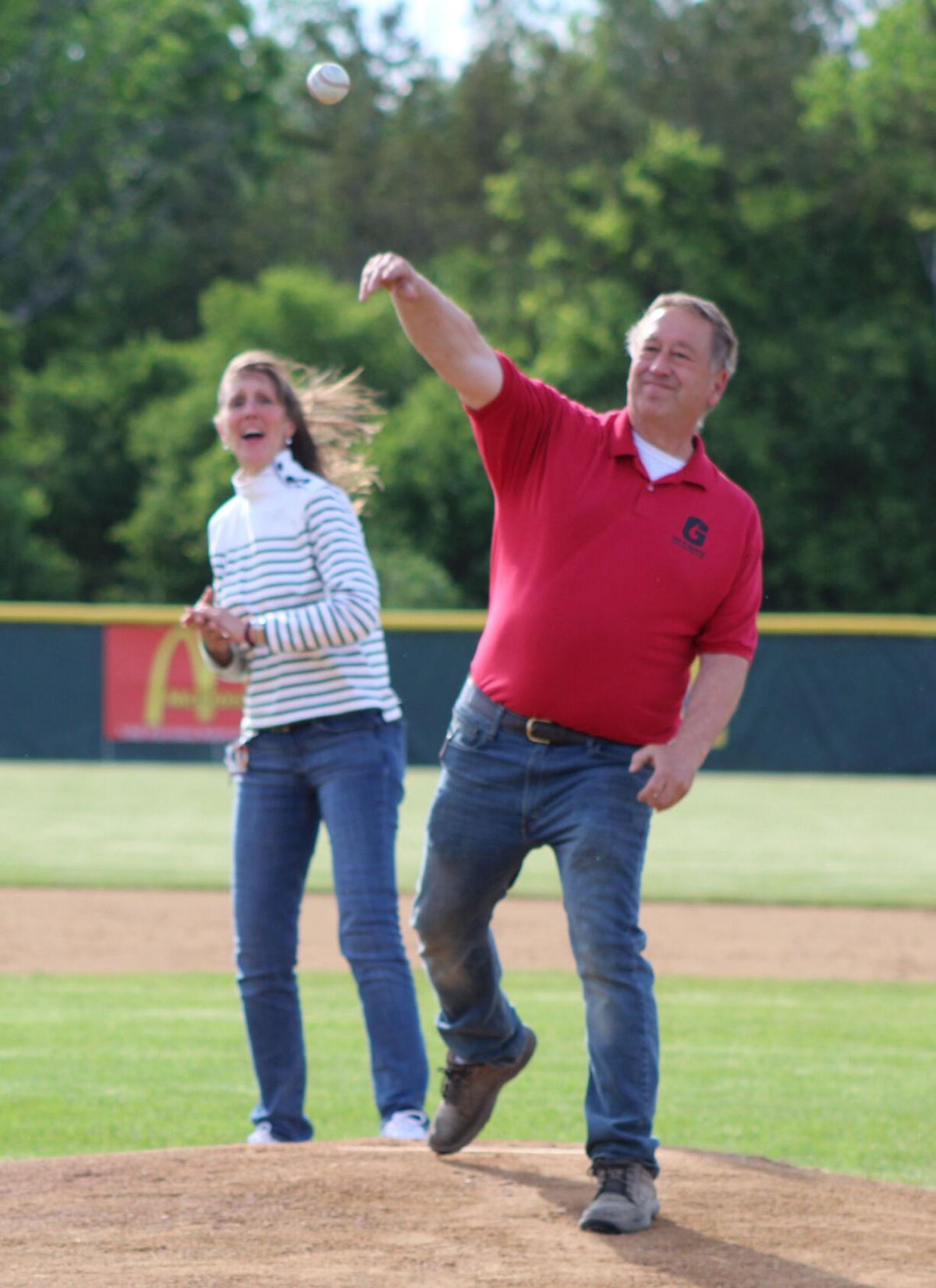 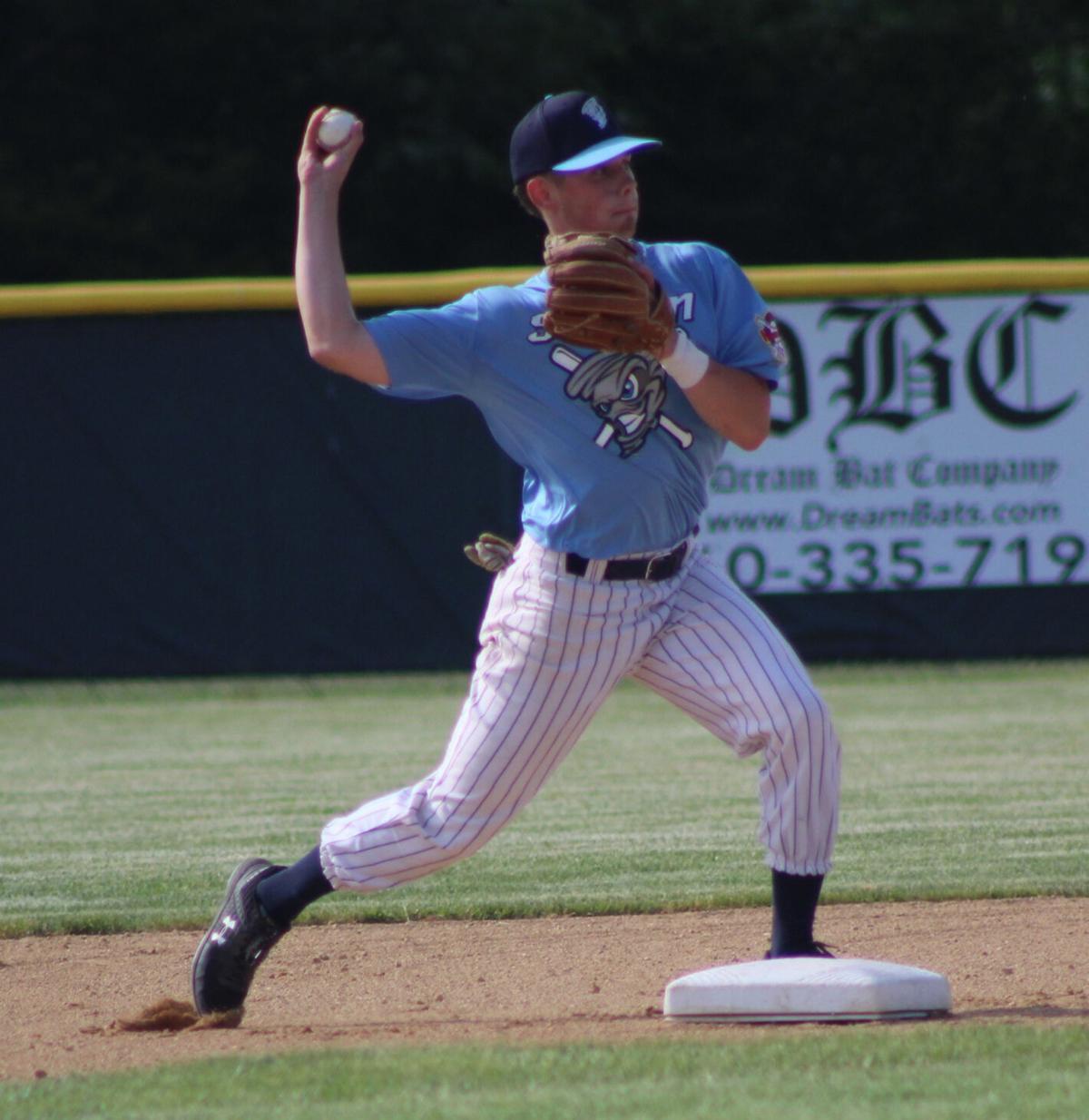 The defending champion Storm opened the Hudson River Collegiate Baseball League season on Tuesday with a 15-4 victory over the Orioles at Greenport Town Park. 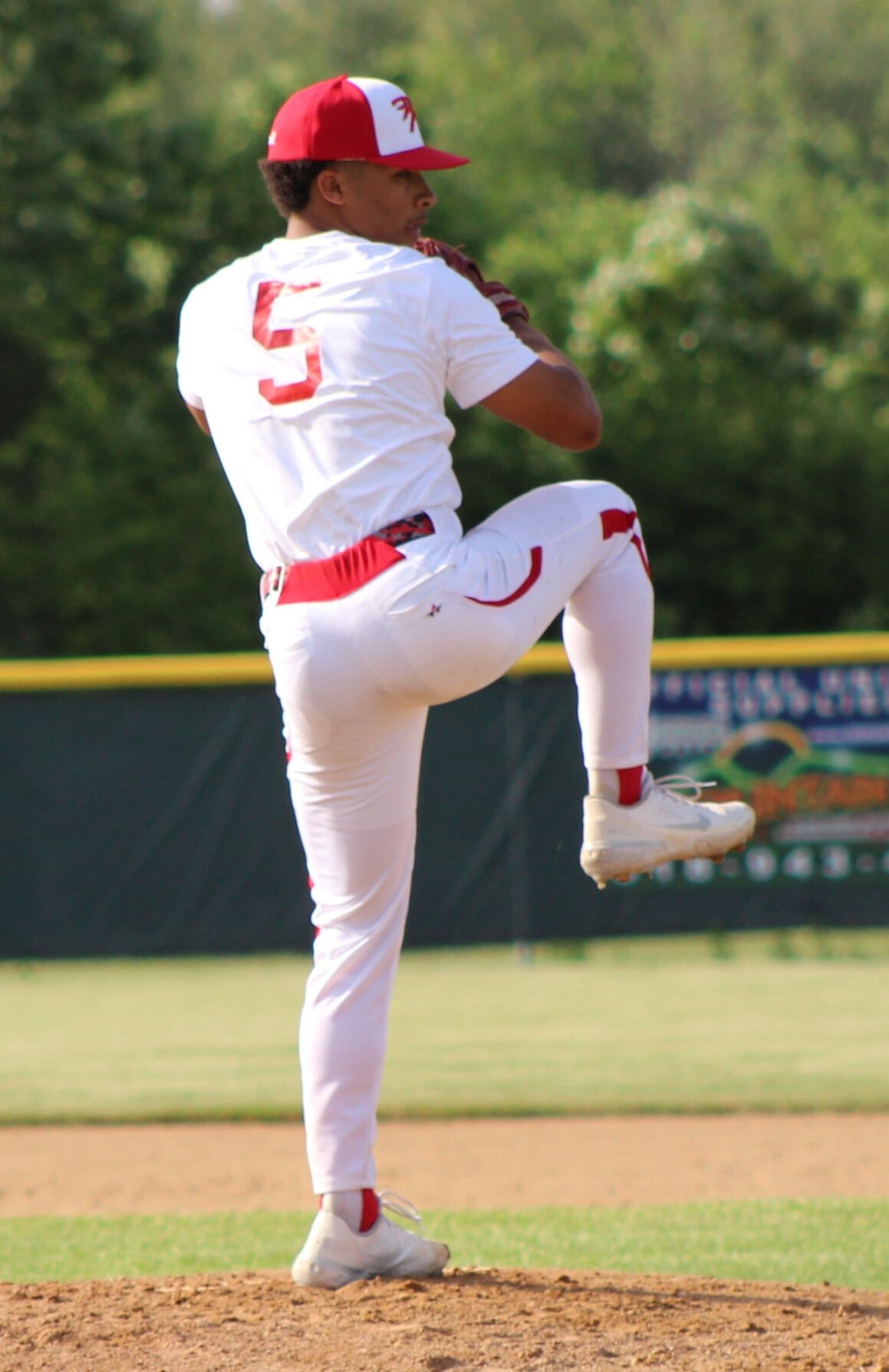 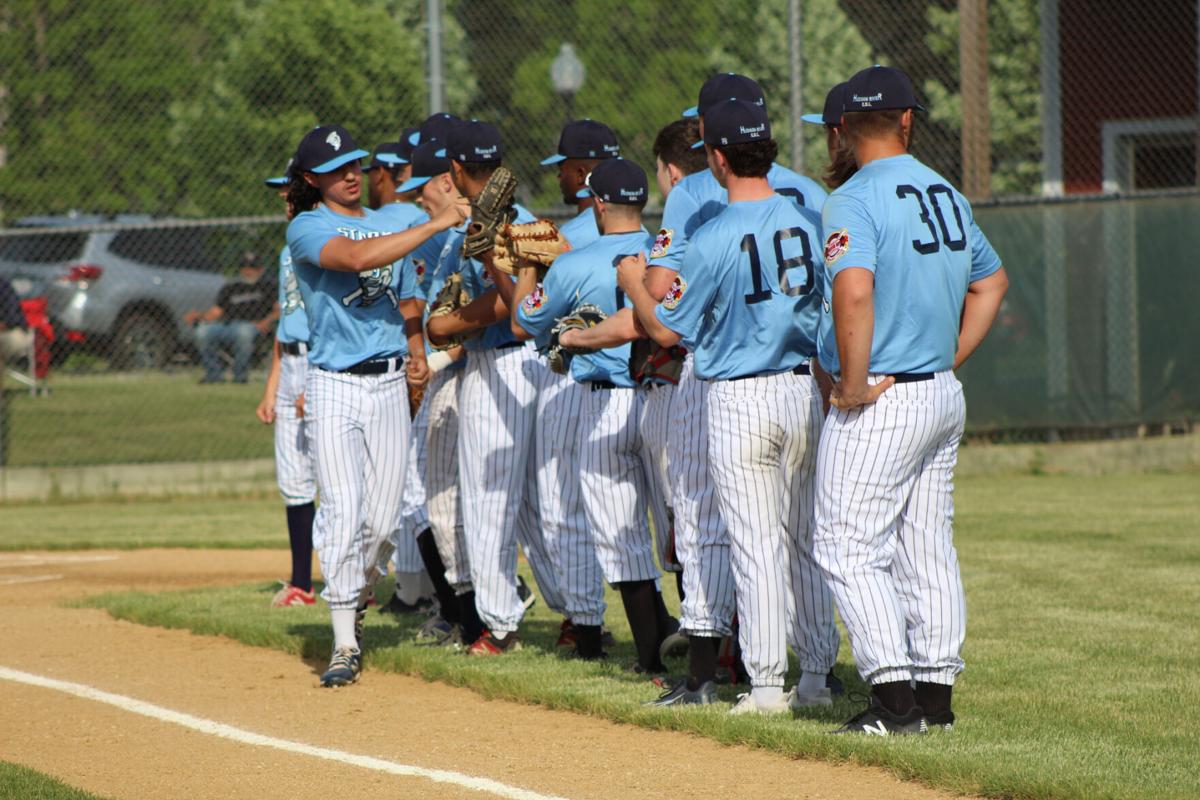 The defending champion Storm are introduced prior to Tuesday’s Hudson River Collegiate Baseball League season opener against the Orioles. 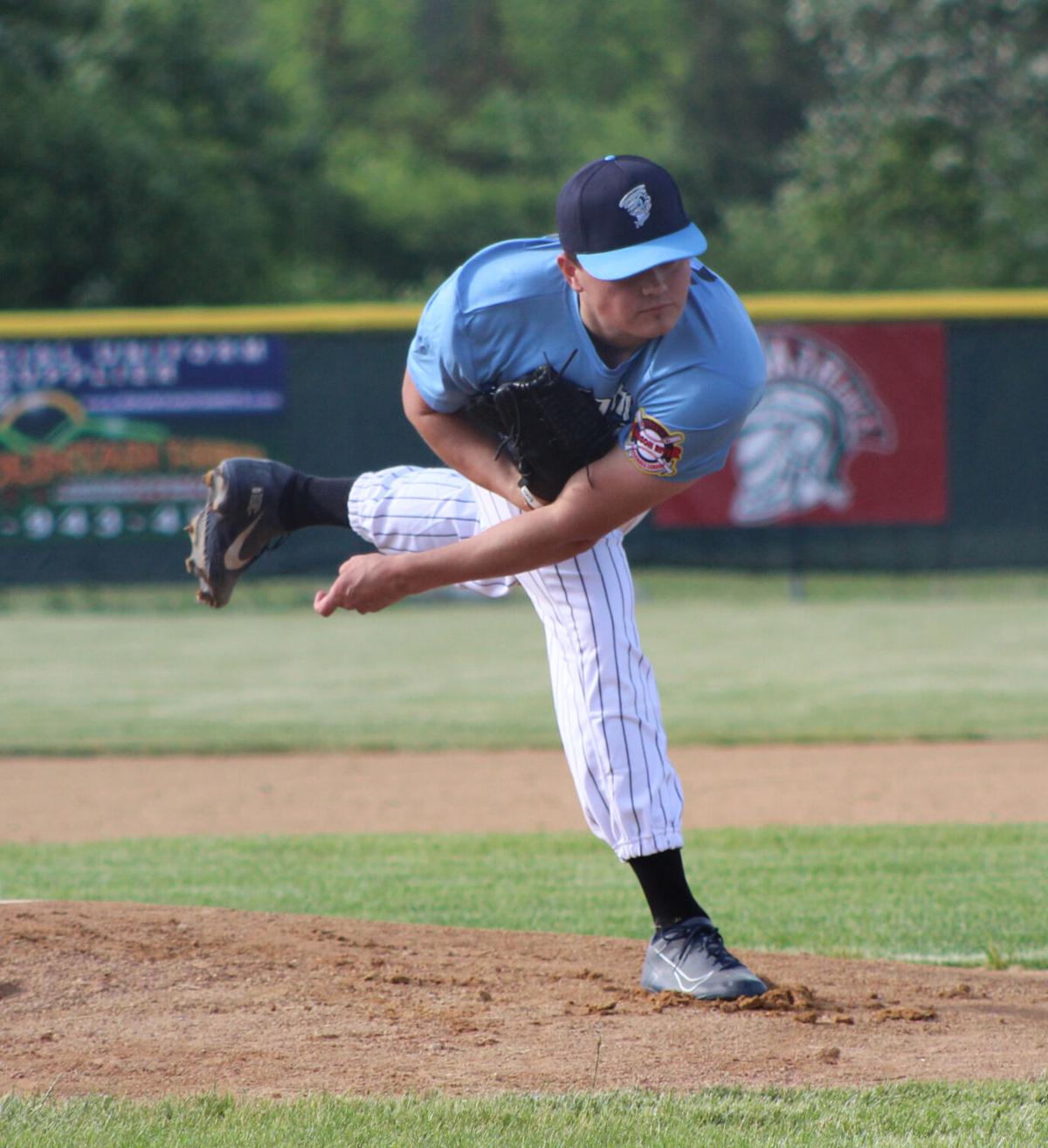 The defending champion Storm opened the Hudson River Collegiate Baseball League season on Tuesday with a 15-4 victory over the Orioles at Greenport Town Park.

The defending champion Storm are introduced prior to Tuesday’s Hudson River Collegiate Baseball League season opener against the Orioles.

The Storm opened this 2021 season with a 15-4 win over their opponents the Orioles from last summer’s championship series, and got off to a good start.

The Storm’s Owen Coady took the mound to start the game, as he looked to pick up right where he left off last season when he dominated hitters. After a ceremonial first pitch was thrown by Greenport Park Supervisor John Mokszyski to officially start the season, Coady took the ball and got to work.

After Coady hit Noah Hilton with a pitch to lead off the game, he struck out the next three Orioles to get the three outs in the top of the first. Opposite Coady, John Sanchez started the game for the Orioles and was in trouble early after walking the first three hitters, loading the bases for the Storm with nobody out. Sanchez struck out the next two batters, but walked the third which gave the Storm a 1-0 lead.

After a quiet second inning from both teams, Coady struck out the side in the third, bringing his total strikeouts to eight over just three innings pitched. Sanchez gave up a double and issued a walk with one out in the bottom half, and this signaled the end of his night on the hill, as he was relieved by Christopher Williams.

Williams had a very hard time finding the strike zone in his appearance, issuing walks and throwing wild pitches far out of the zone. He actually hit Lewis Clarke in the knee by mistake after just throwing inside, and Clarke was hurt and subsequently out of the game. The Storm had a 6-0 lead by the end of the third while their confident ace loomed in the dugout waiting to get back on the mound.

Coady found himself in trouble in the top of the fourth when the Orioles loaded the bases with nobody out. Owen Coady dug down deep though, and struck out two and induced a fly out for out number three and he got out of the jam with no harm.

A fairly uneventful bottom of the fourth and top of the fifth followed, with Coady’s outing appearing to be over as he ended the fifth with his 12th punch-out. The Storm loaded the bases again in the bottom of the fifth, and the Orioles went to Preston Williams on the pitching change.

This is when the game fell apart for the Orioles. The Storm emptied the bases one runner at a time, on three consecutive wild pitches from Williams, and it was 9-0 rather quickly. Unfortunately for the Orioles, they could not get another hurler loose before Williams gave up another three runs and it was 12-0 in favor of the Storm. The Storm scored another three runs before the inning was over, and they went into the sixth up 15-0.

Austin (AJ) Walsh came into the game for the Storm to relieve Owen Coady in the top of the sixth inning. With two runners on, Nolan Florence hit a three run home run for the Orioles to make it 15-3. After putting runners on first and third, Ryan Lansing scored on a wild pitch to cut the lead to 15-4, but Cole Desroches popped out to second base to end the inning.

Ahead to the top of the eighth inning it was the last chance for the Orioles to make some magic happen. With Ethan Caiazza now on the mound for the Storm, he easily retired the side in order to seal the lop-sided victory for the Storm as they won their opener for the 2021 HRCBL season 15-4 over the Orioles.