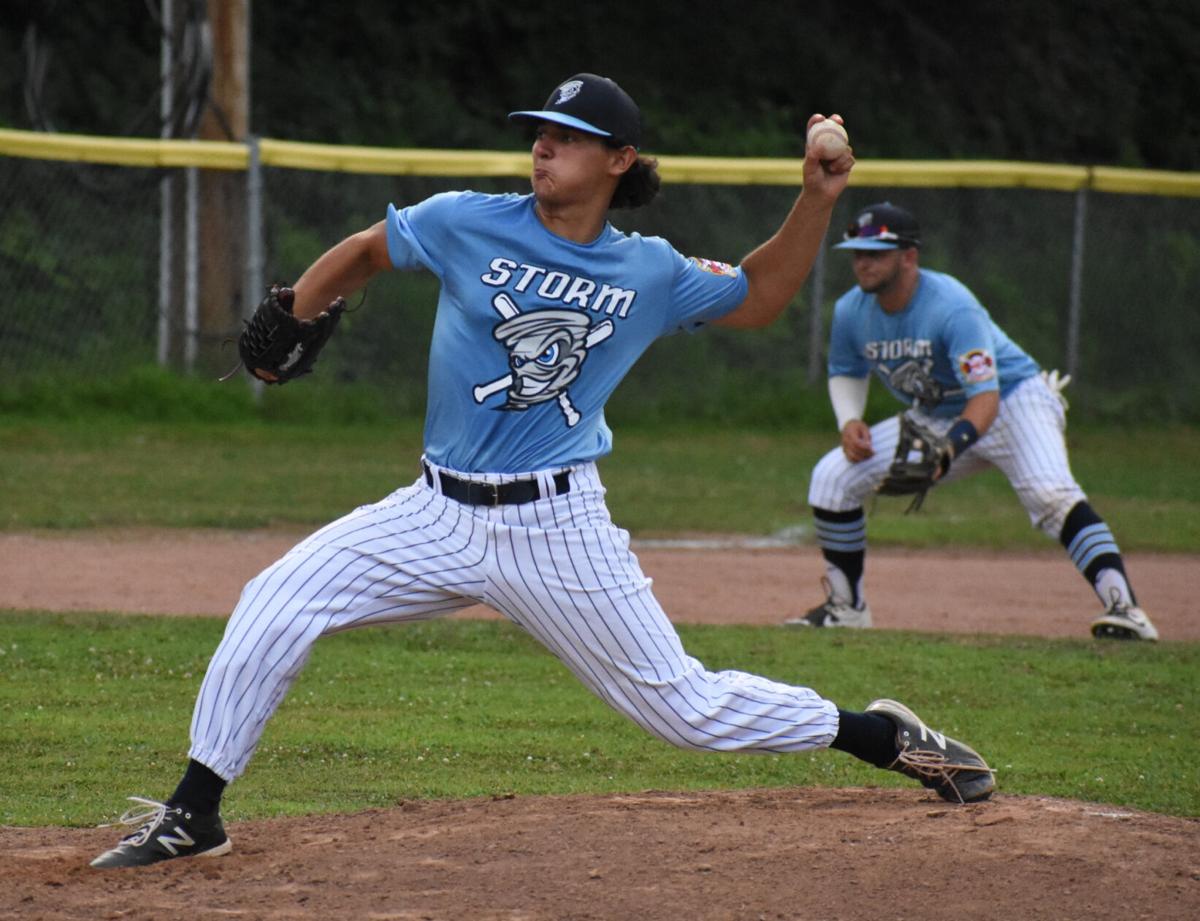 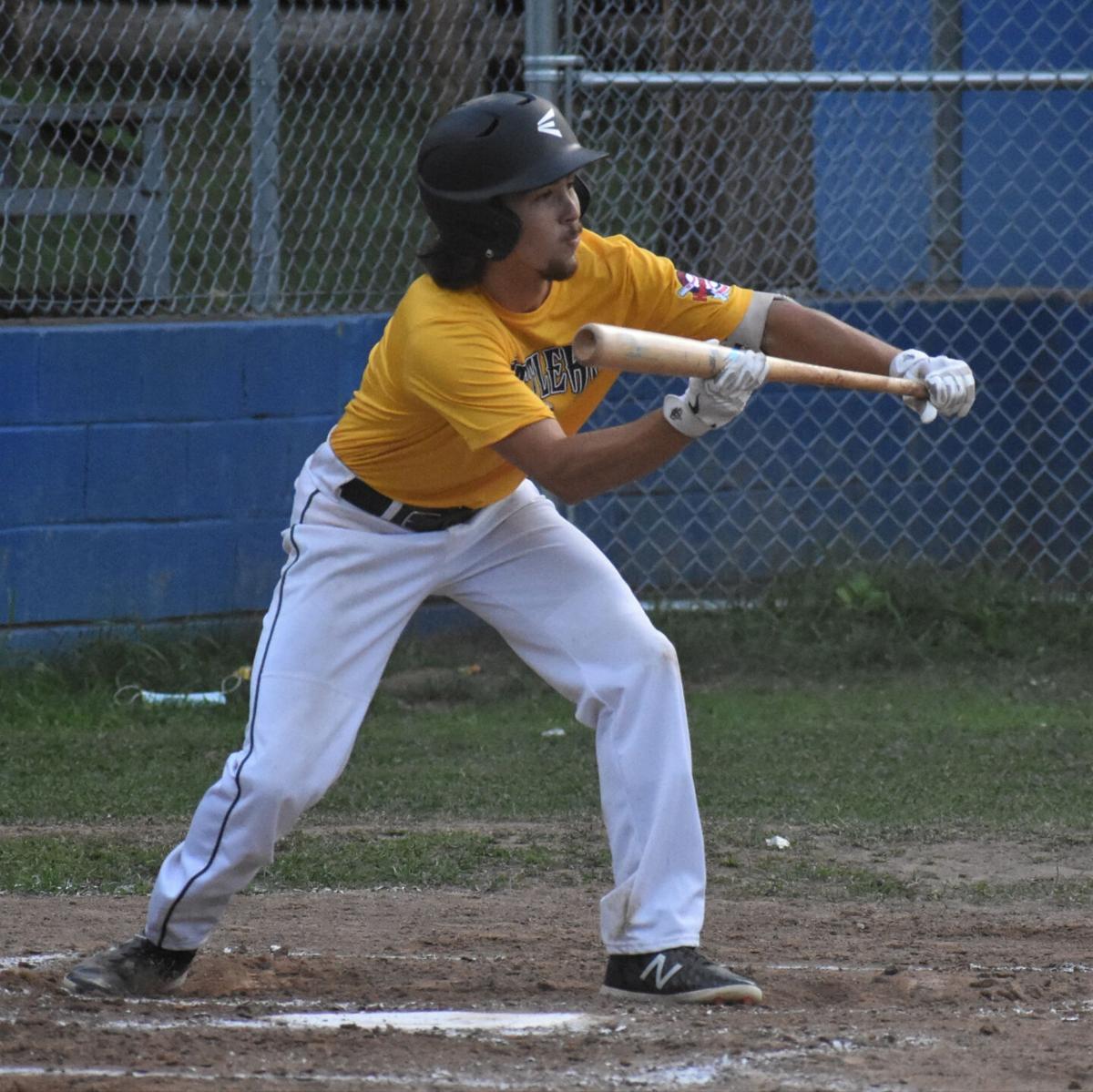 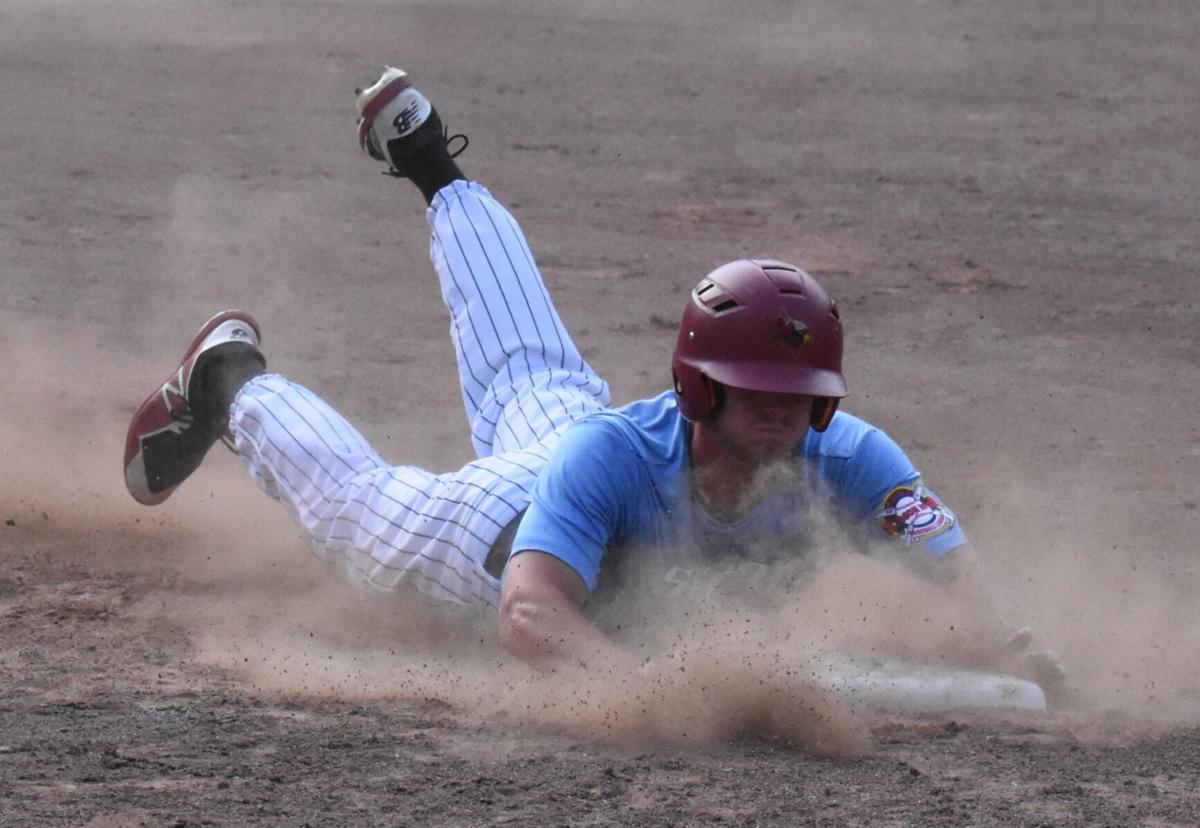 Tim Martin/Columbia-Greene Media The Storm’s Kurt Forsell dives back to first base to avoid a double play after a fly ball was caught in the outfield during Tuesday’s Hudson River Collegiate Baseball League game against the Rattlers at Ricky Cramer Field. 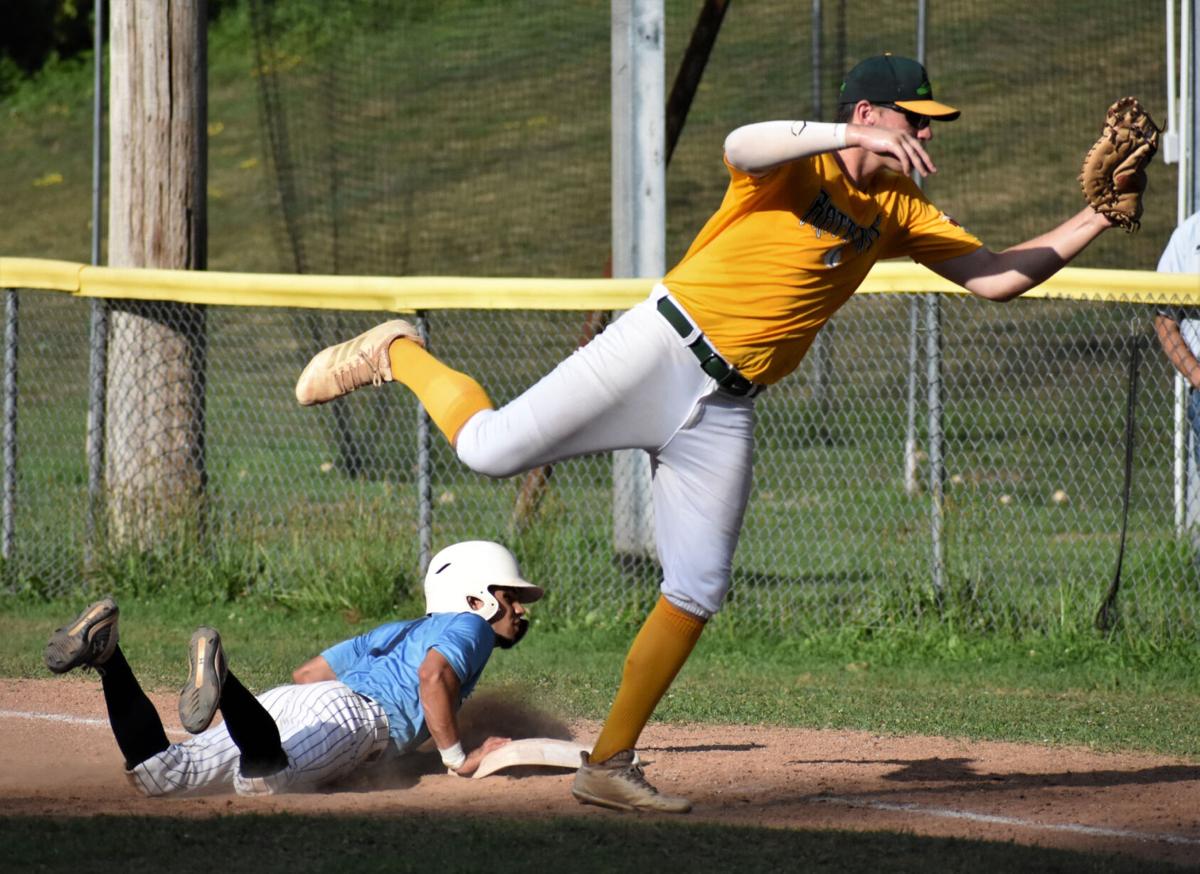 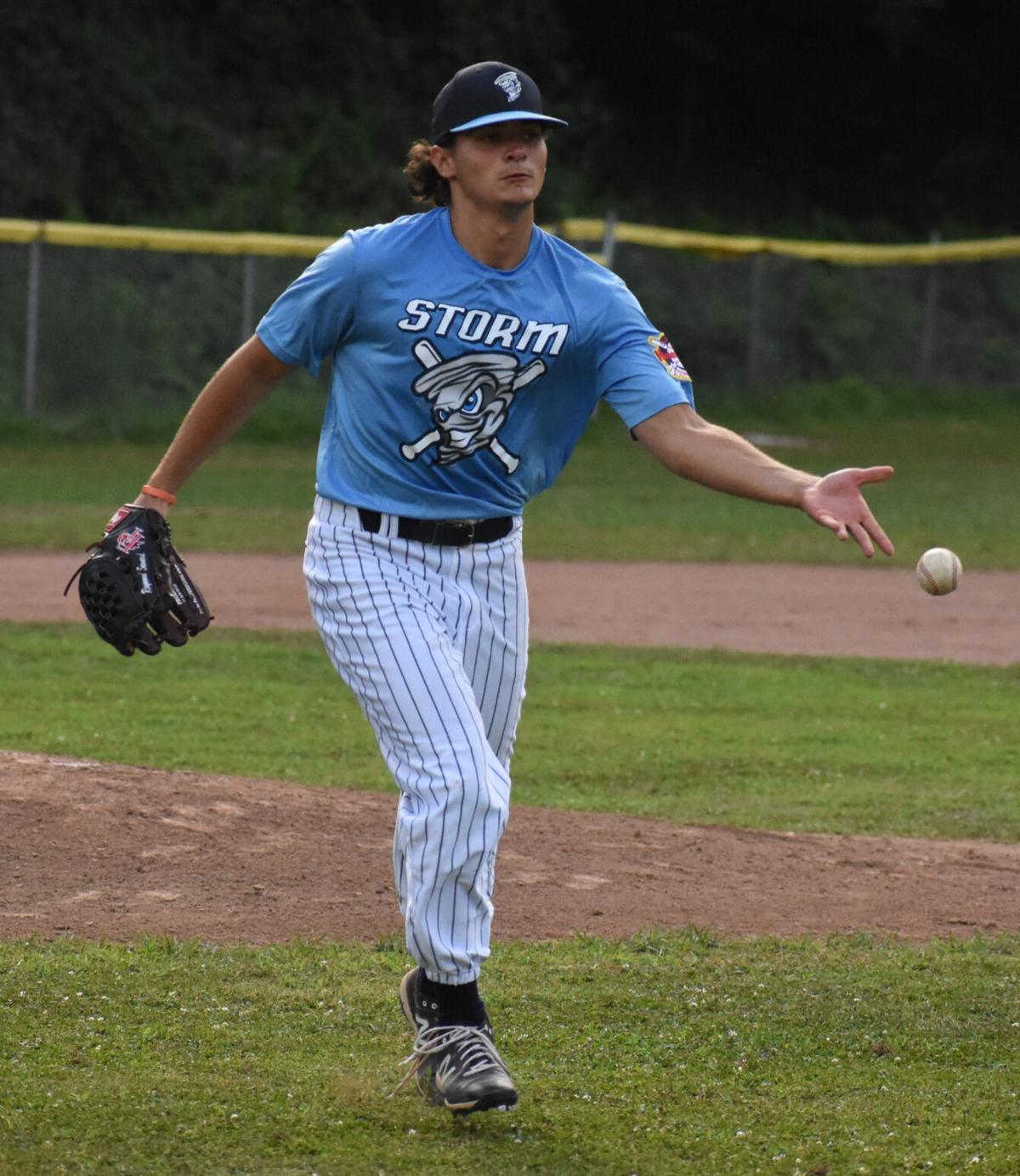 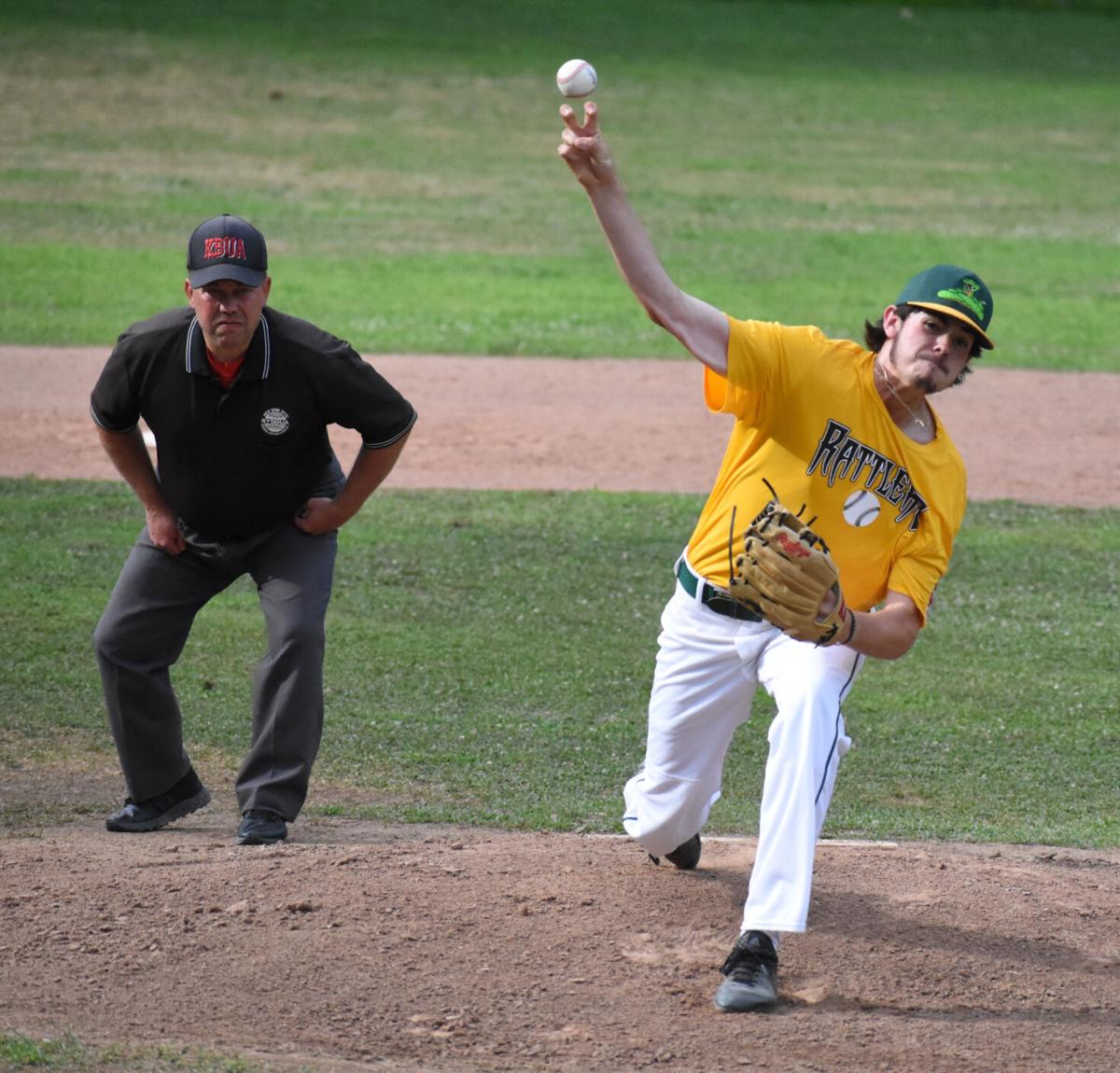 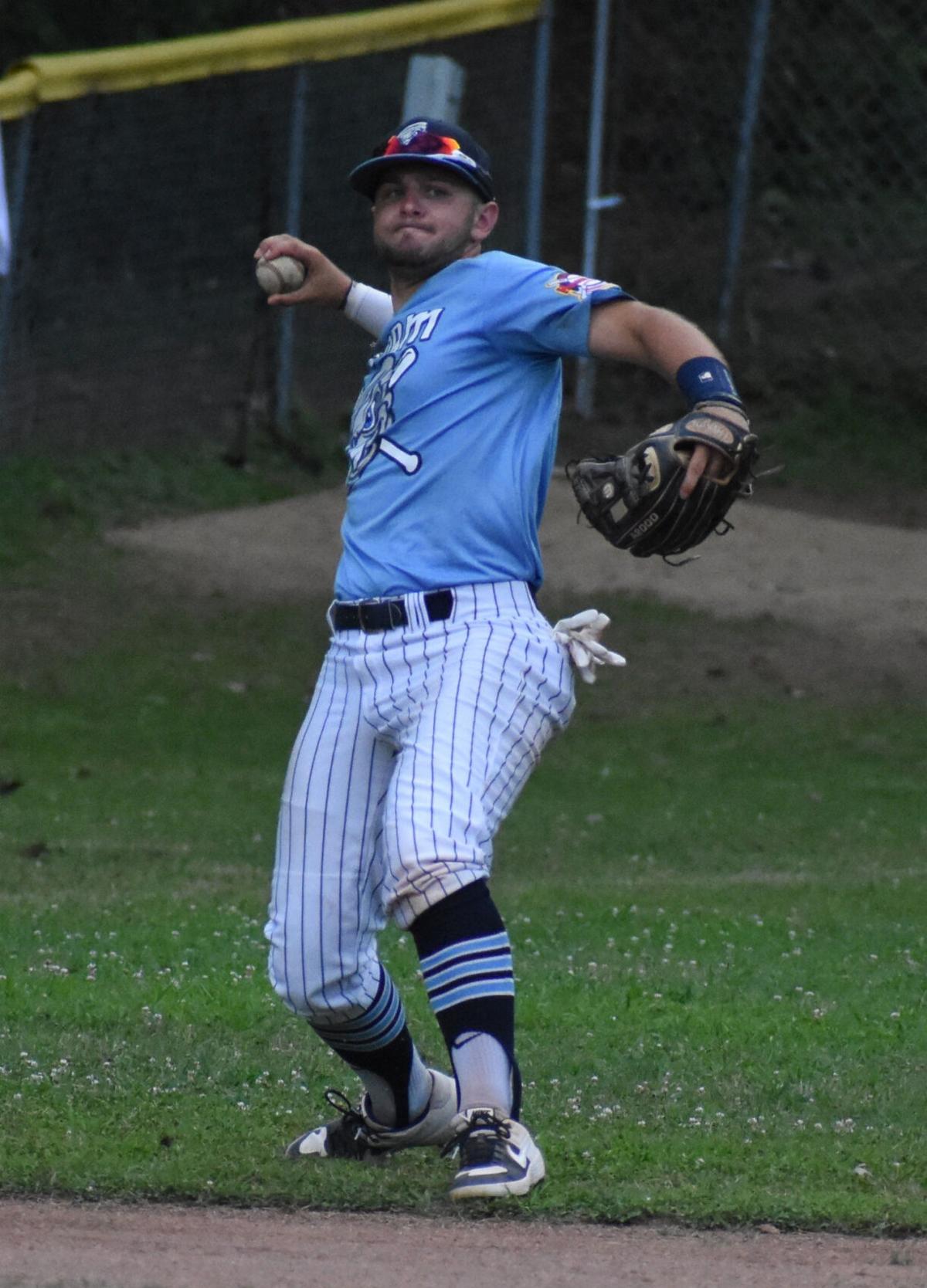 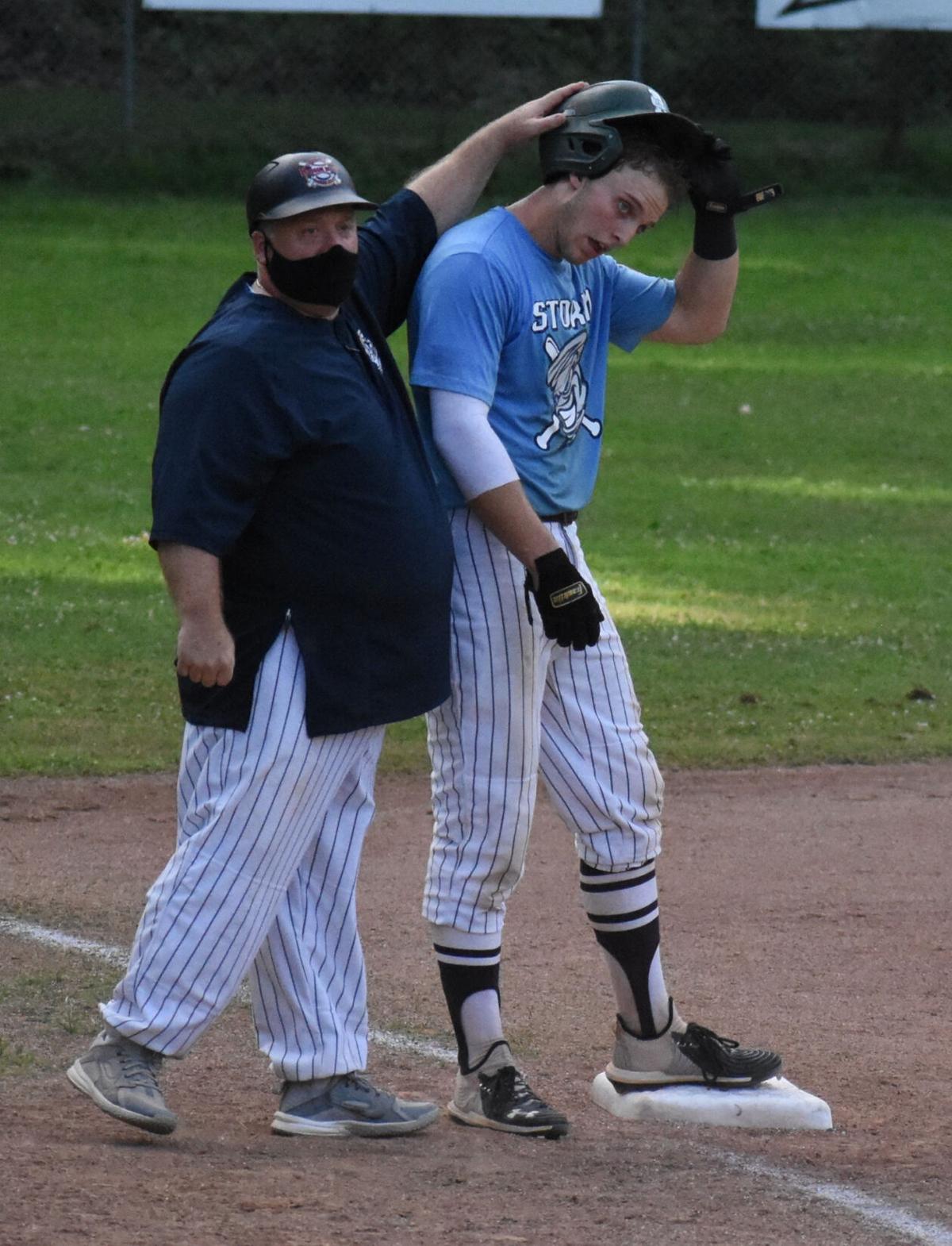 Tim Martin/Columbia-Greene Media The Storm’s Kurt Forsell dives back to first base to avoid a double play after a fly ball was caught in the outfield during Tuesday’s Hudson River Collegiate Baseball League game against the Rattlers at Ricky Cramer Field.

CATSKILL — The Storm moved closer to wrapping up the regular season championship and the No. 1 seed in the upcoming Hudson River Collegiate Baseball League playoffs with a 10-1 victory over the Rattlers at Ricky Cramer Field on Tuesday.

The Storm currently own the best team batting average in the HRCBL with a .288 average. Nick Cimillo is second in the league in the individual batting race, hitting at a .525 clip.

The Storm also boast the best pitching staff in the league with opponents batting just .194. DuPont’s staff has struck out 181 batters (tops in the league) and has the lowest earned run average at 3.03.

Fielding has also been a strength for the Storm, who have the No. 1 defense with a .971 fielding percentage.

Ryan Lawyer pitched three innings for the Rattlers, striking out four, walking three and allowingfour runs and six hits. Isiah Tucker walked two and surrendered five runs and two hits in 2/3 of an inning, Matt Hinderliter struck out one and gave up three hits in one inning and David Sausto allowed one run and three hits with one strikeout in two innings.

The Orioles take on the Bucks on Thursday at 5:30 p.m.