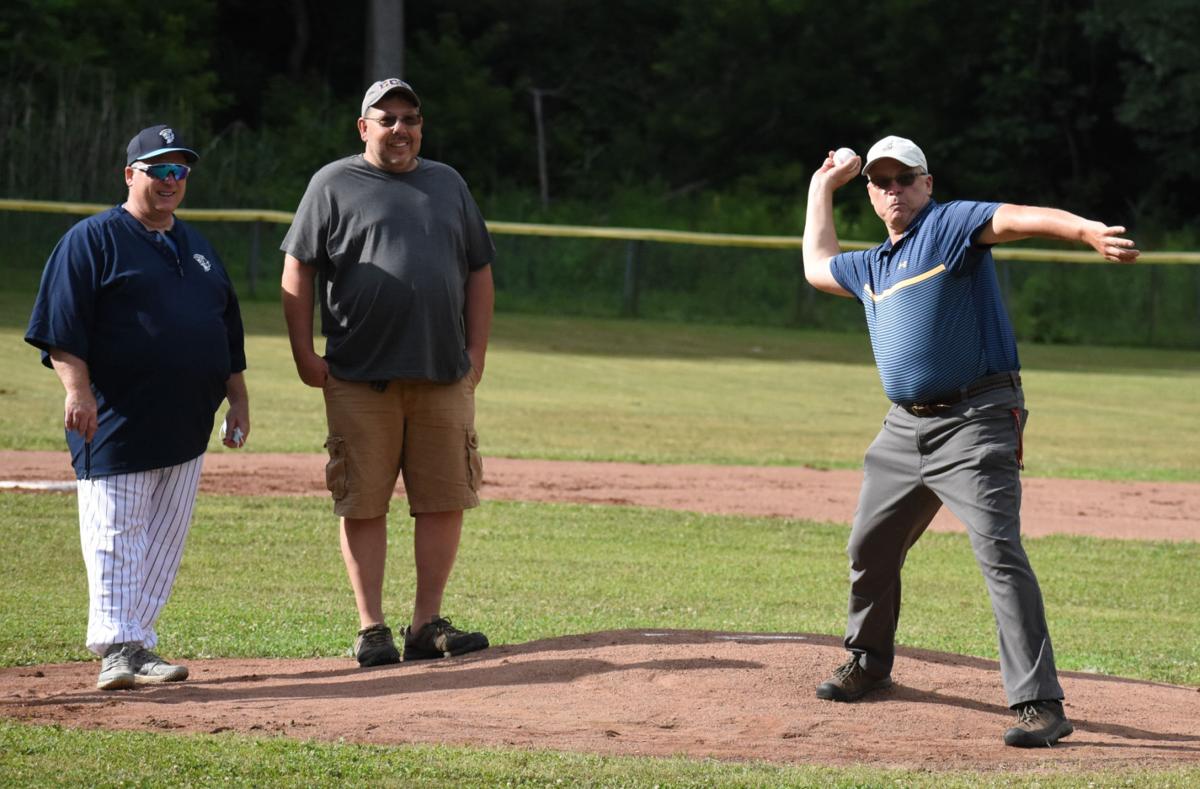 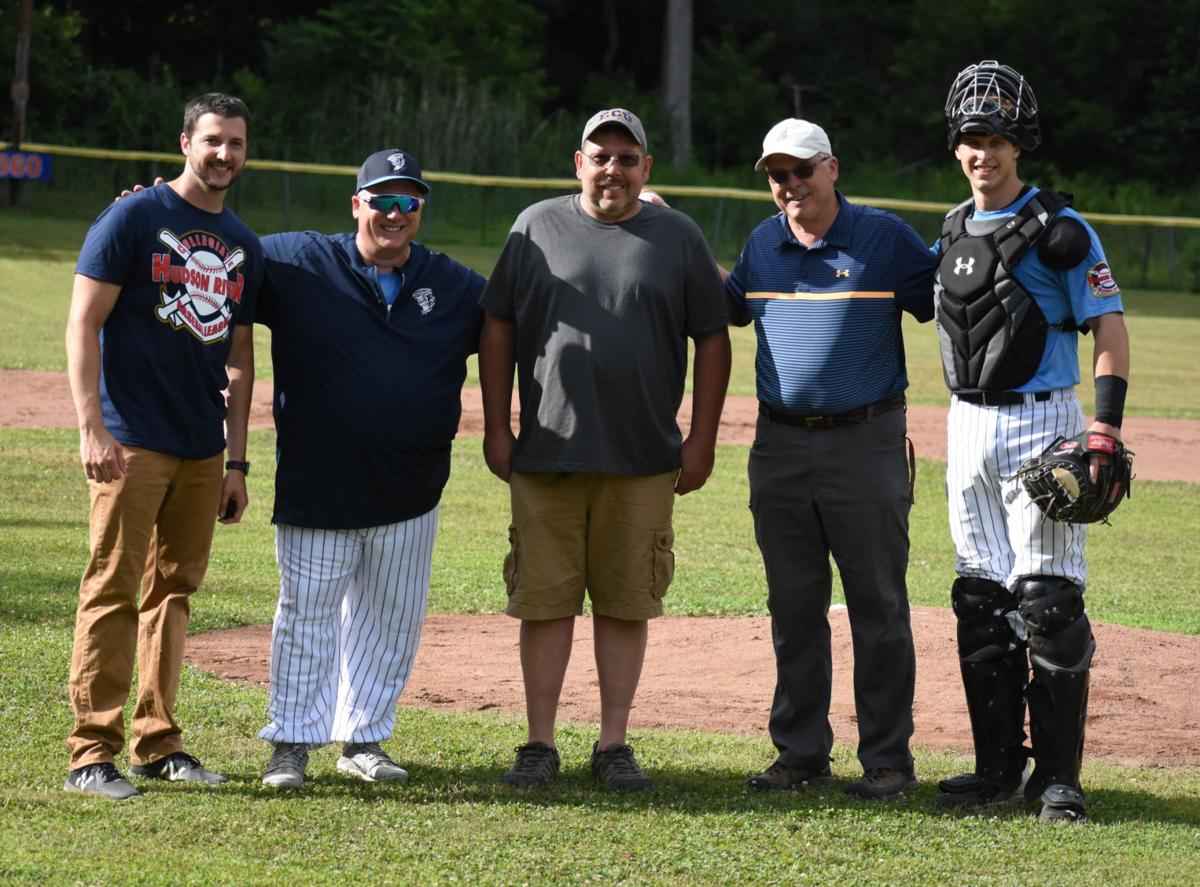 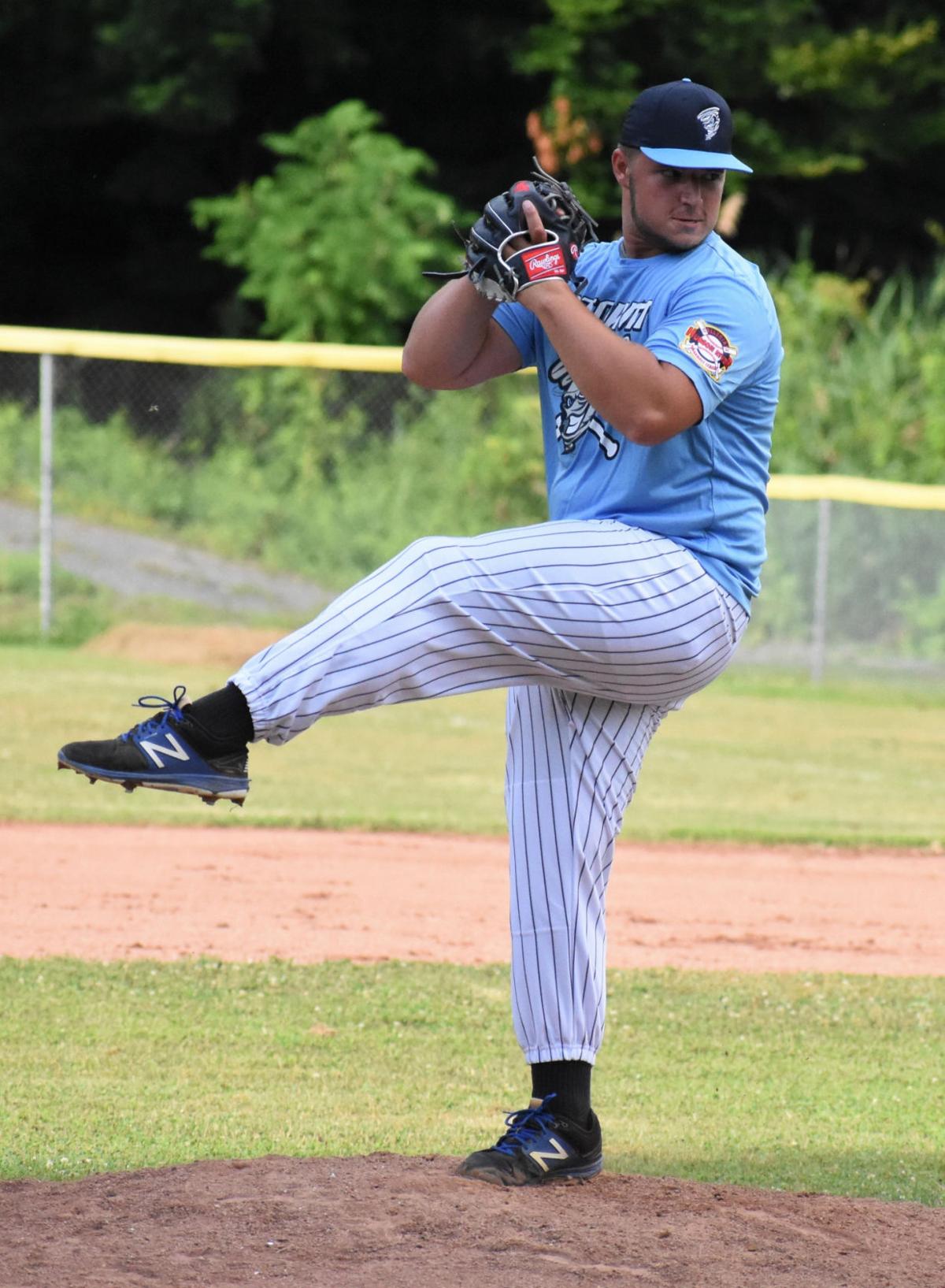 Tim Martin/Columbia-Greene Media Former Ichabod Crane standout Austin Walsh pitched a perfect inning of relief with two strikeouts in the Storm’s 2-0 victory over the Rattlers on Wednesday at Ricky Cramer Field in Catskill. 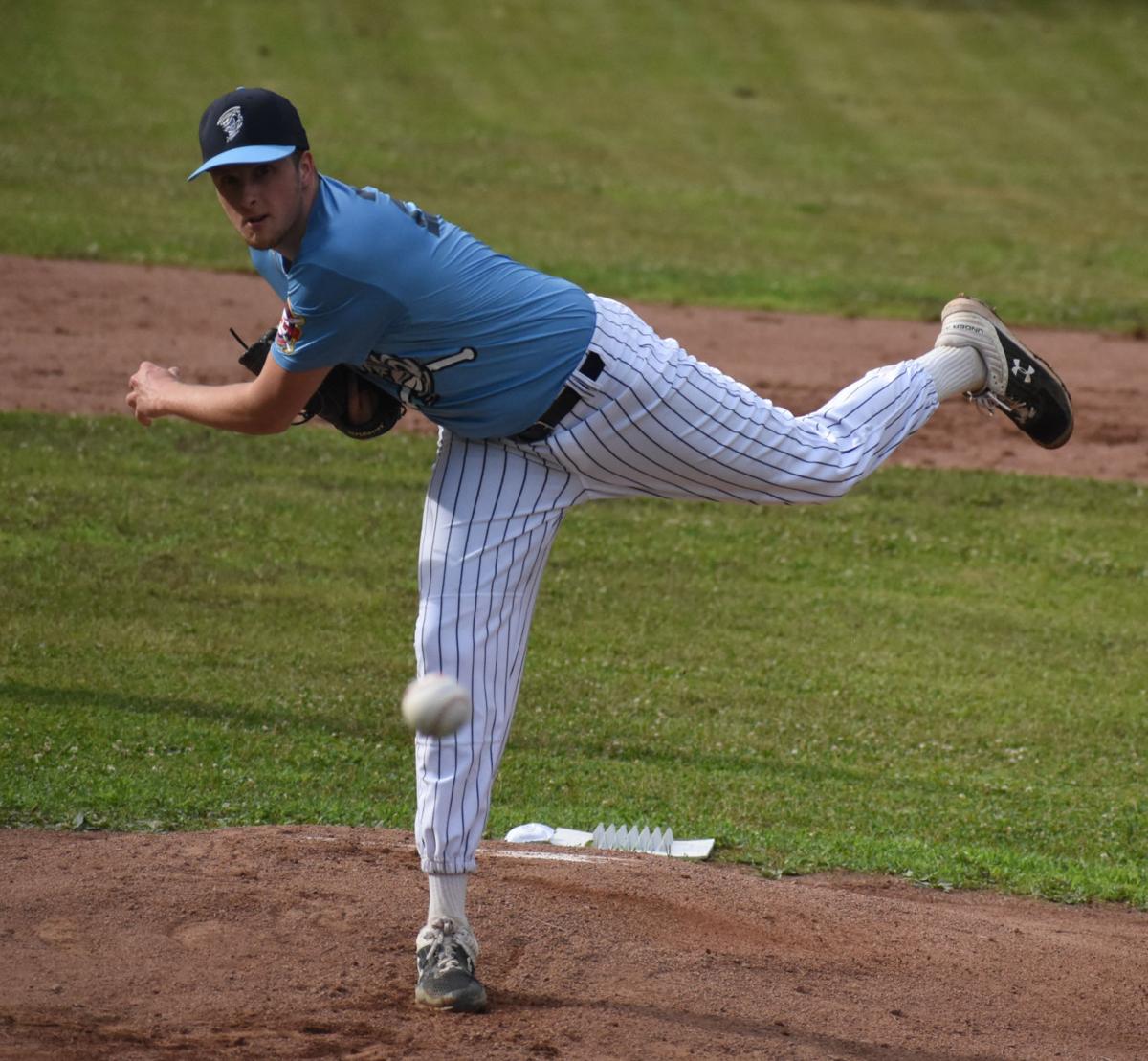 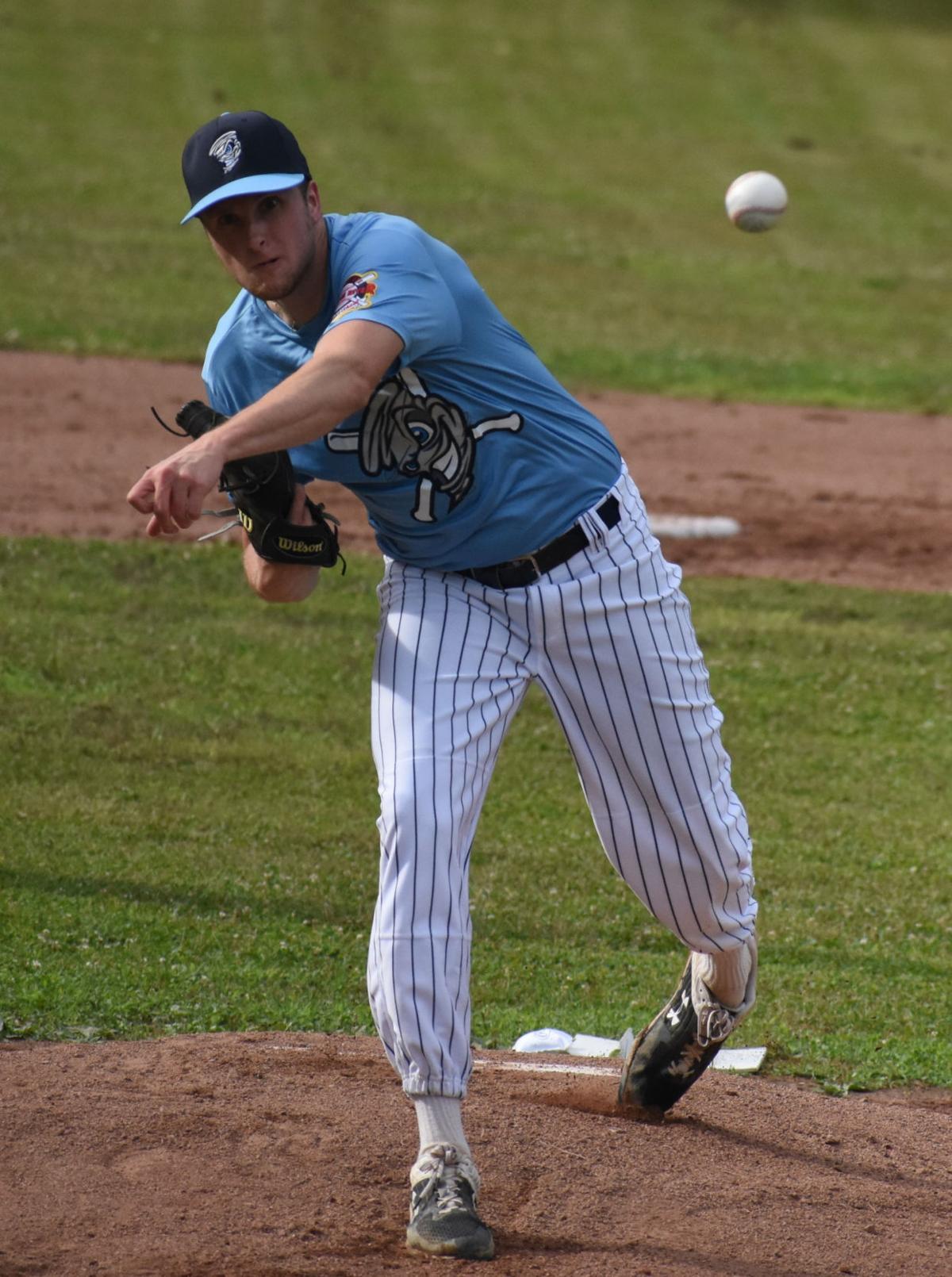 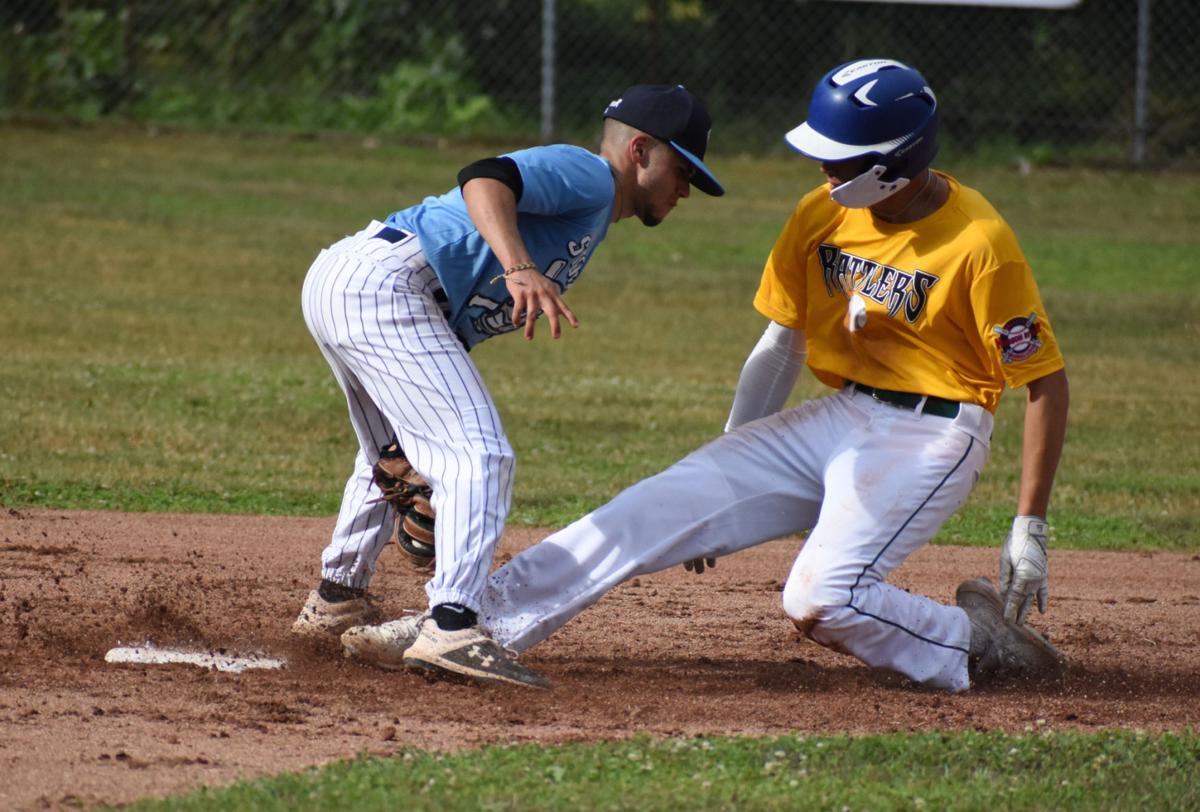 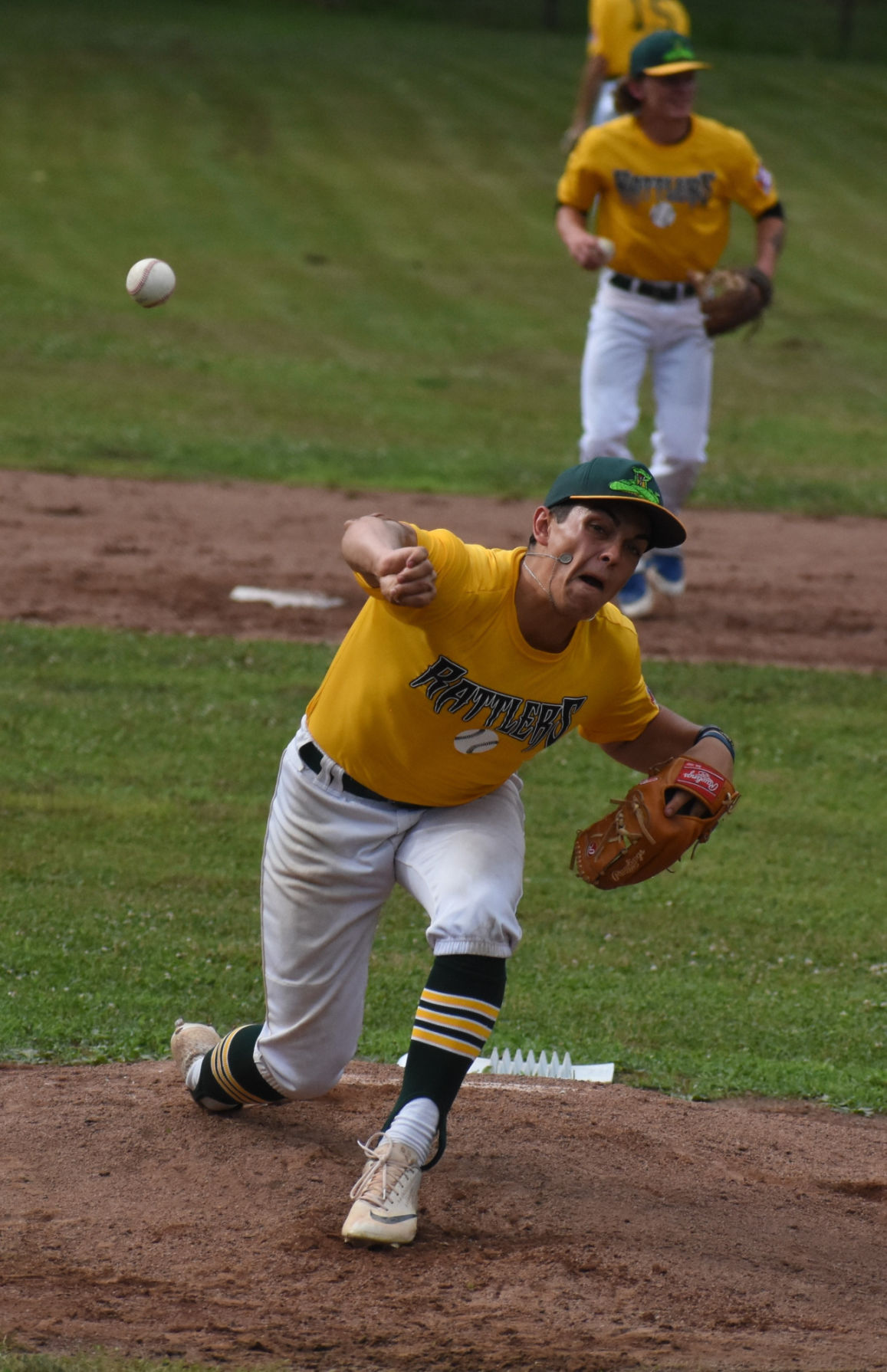 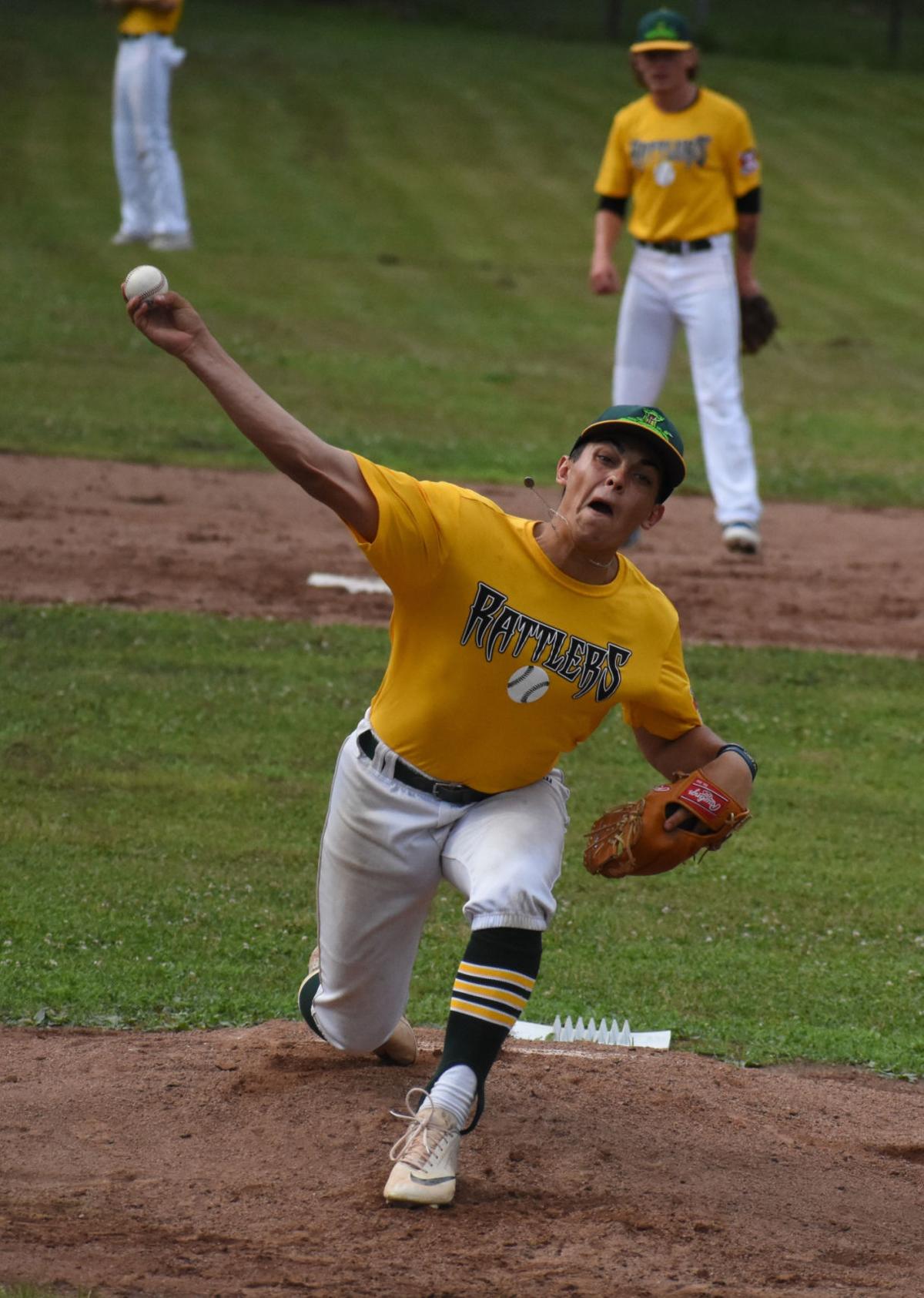 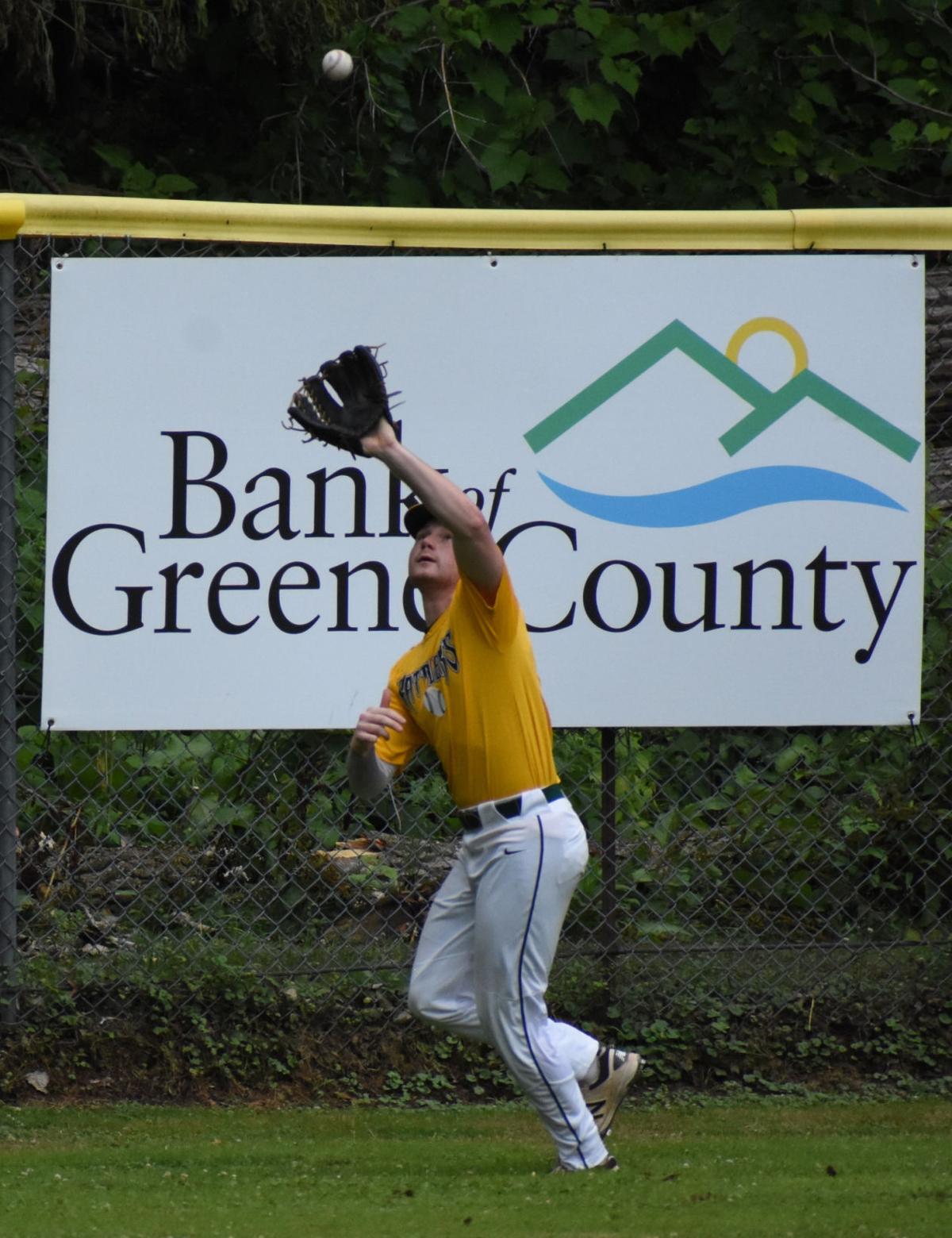 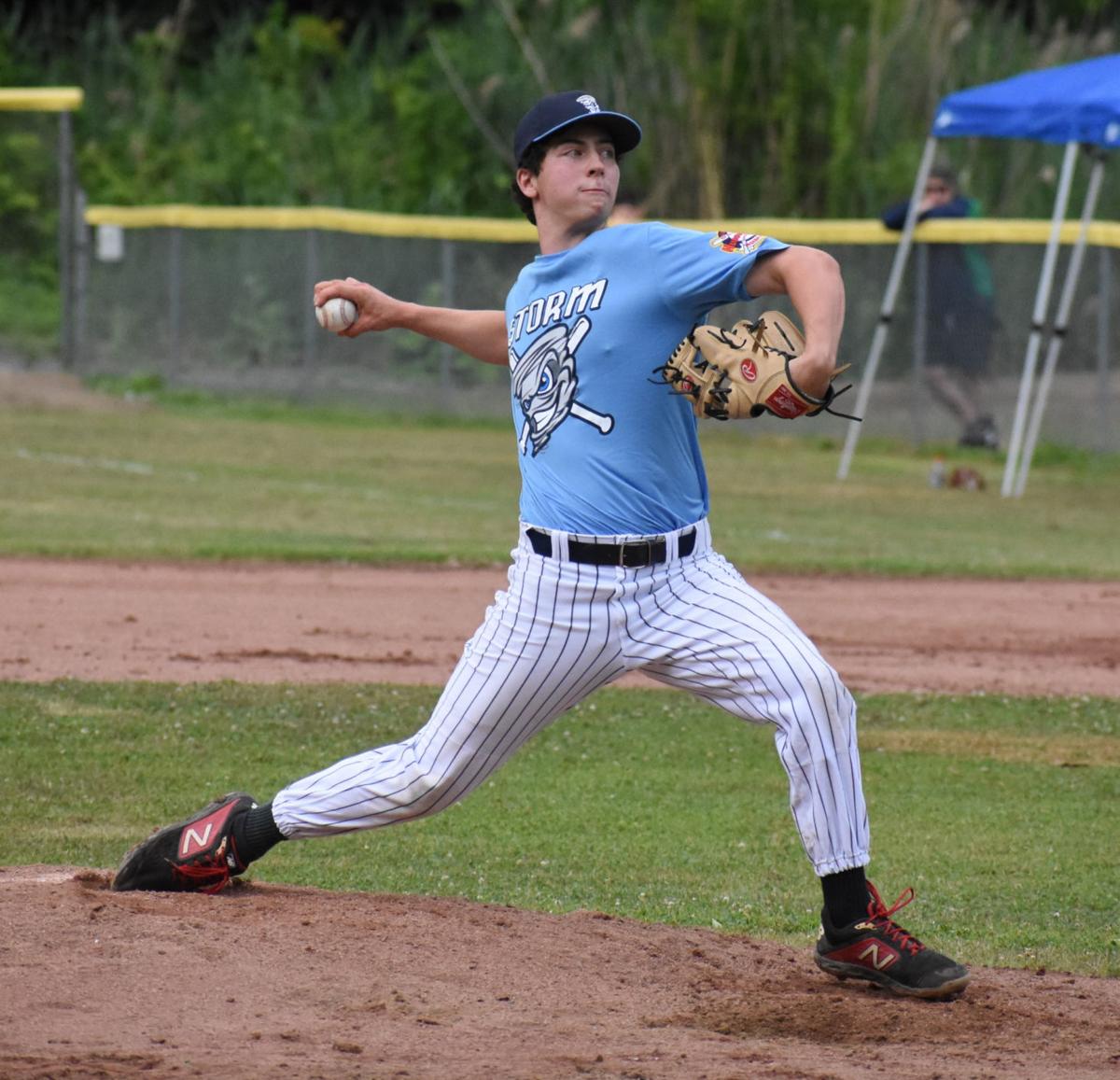 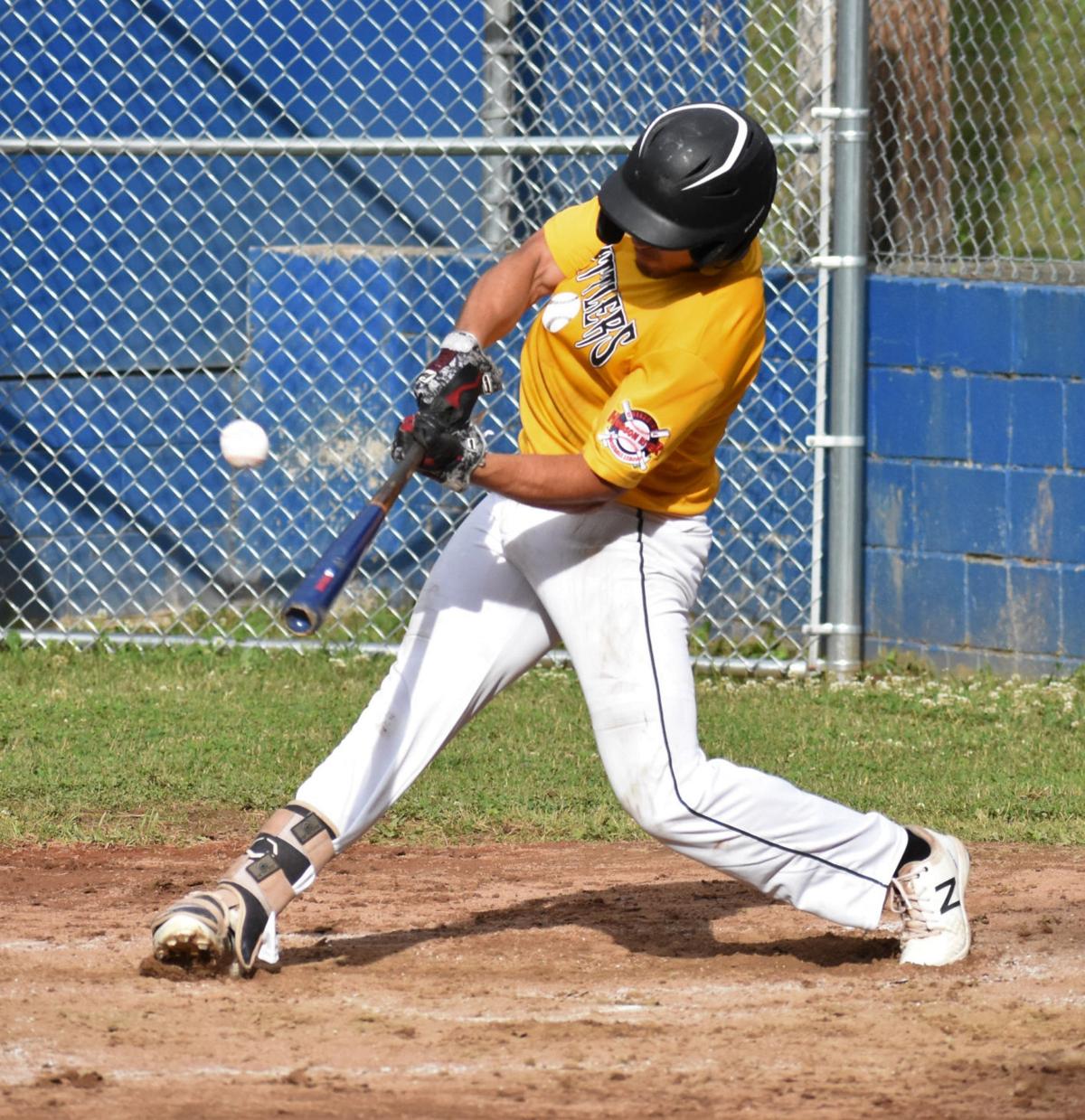 The Rattlers' Anthony Raimo steps into a pitch during Wednesday's Hudson River Collegiate Baseball League opener against the Storm at Ricky Cramer Field in Catskill. 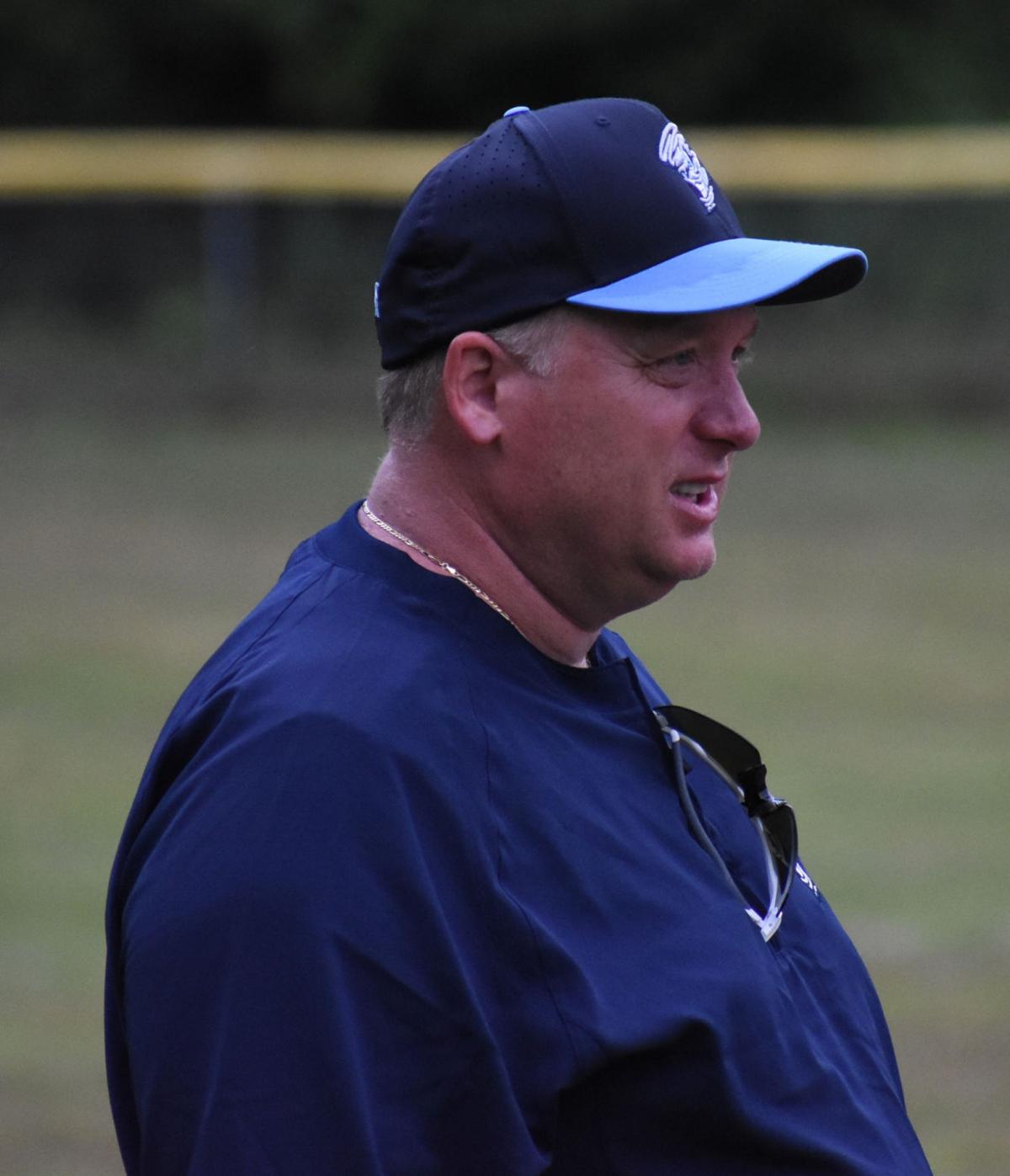 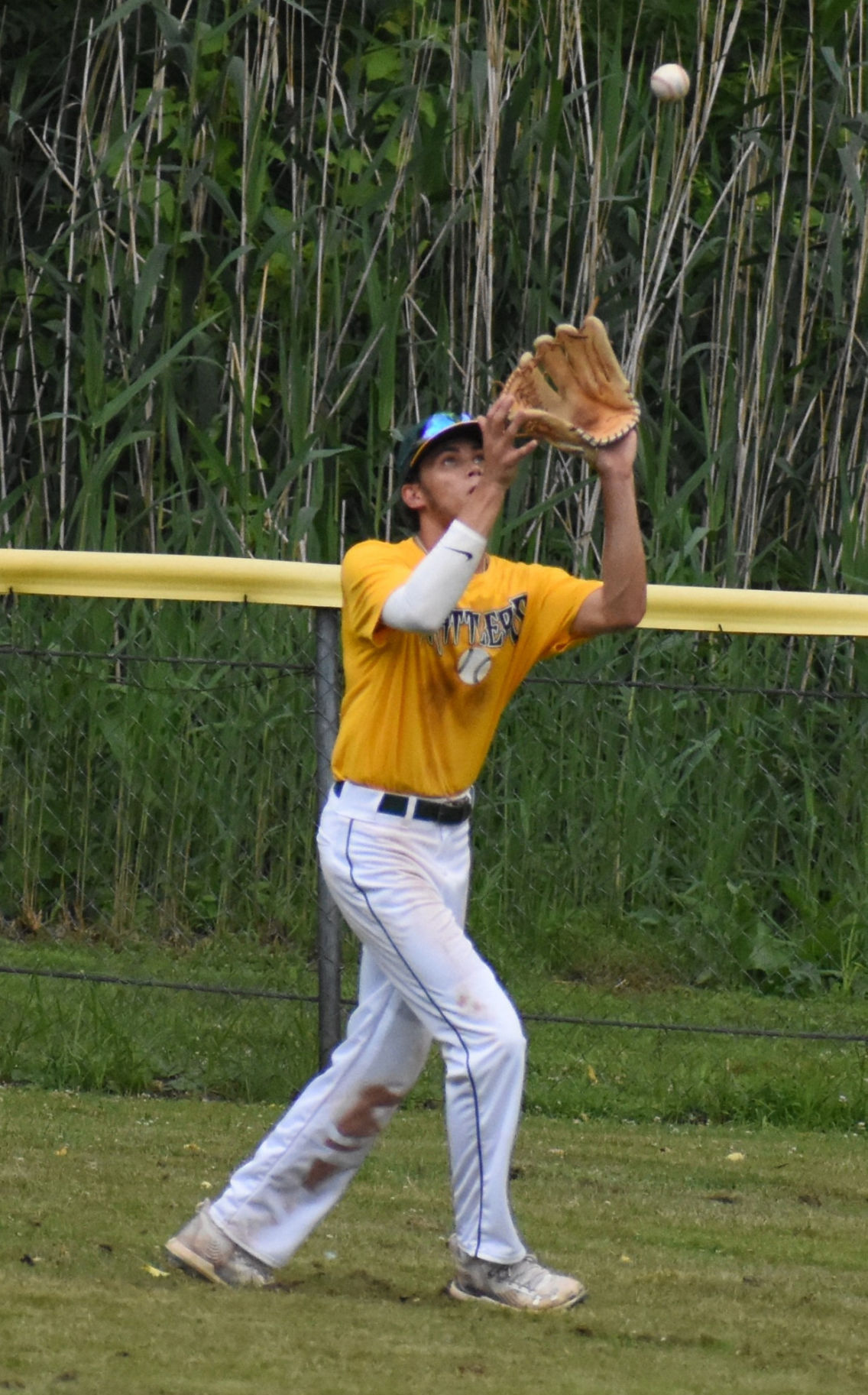 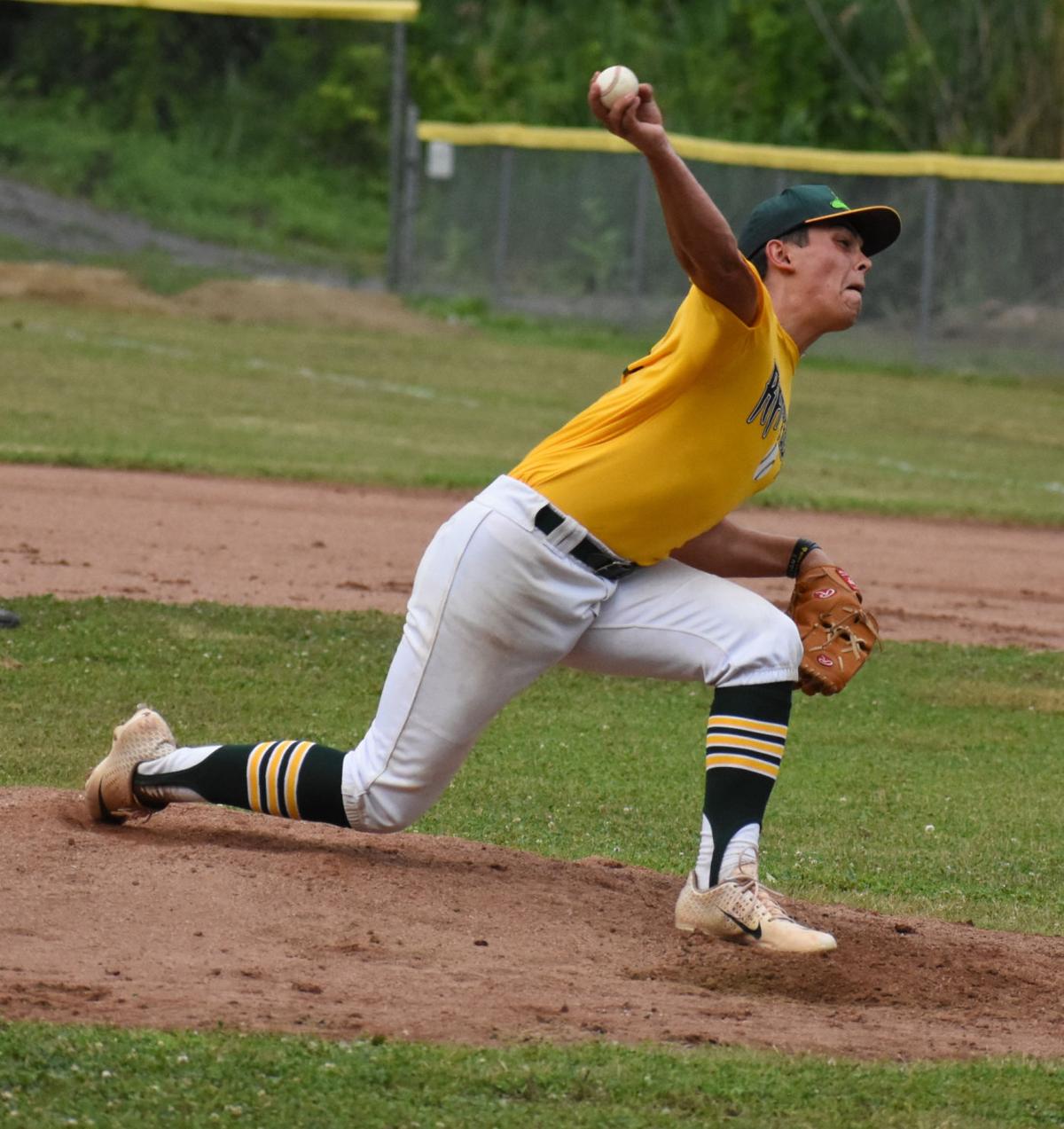 Tim Martin/Columbia-Greene Media Former Ichabod Crane standout Austin Walsh pitched a perfect inning of relief with two strikeouts in the Storm’s 2-0 victory over the Rattlers on Wednesday at Ricky Cramer Field in Catskill.

The Rattlers' Anthony Raimo steps into a pitch during Wednesday's Hudson River Collegiate Baseball League opener against the Storm at Ricky Cramer Field in Catskill.

CATSKILL — The Hudson River Collegiate Baseball League had its opening night on Tuesday at Ricky Cramer Field in Catskill and strong pitching carried the defending champion Storm to a 2-0 victory over the Rattlers.

The league has some of the best collegiate players coming from 78 different colleges and universities in the northeast. It is worth checking out the list of schools on their website Hudsonrivercbl.com The players come from NCAA Division 1, Division 2 and Division 3 programs.

The first match-up of the season featured a rematch of the 2019 HRCBL Championship between the Rattlers and Storm. The Storm won the Championship Series in 2019 In a highly competitive best-of-three series.

The Storm sent two time Ace award winner Connor Christensen to the hill. Christensen plays for the University of South Carolina-Aiken and is a long-time Storm player. Christensen pitched one inning, allowing a walk to the first batter, but settled down, getting a strikeout and not yielding a hit.

Storm Manager Ed DuPont had a plan to get his pitchers the much needed work on the mound after missing their college seasons due to the COVID-19 virus. The Storm skipper sent seven different pitchers to the mound, each pitching one inning.

Sheridan Dillon, who will be playing at FairField University in the Fall, was outstanding, getting two strikeouts. Dillon didn’t allow a hit or a walk.

Conor Ramano from the University of Rhode Island entered in the third inning and allowed a walk, but struck out two Rattlers.

The sixth inning belonged to Castleton University’s Riley Orr, who did not disappoint. Riley allowed a hit, but struck out the side, getting three strikeouts.

The seventh inning featured a familiar face Union College’s Adam Hall. Hall who is the Storm closer the last couple of years allowed a hit and a walk, but got two strikeouts, closing out the Rattlers to get the Storm their first win of the season. The seven pitchers combined allowed just three hits and no runs.

Hedden pitched well, getting three K’s. Isiah Tucker from Pine Manor College entered in the fifth inning, getting one strikeout, allowing two walks, which proved to be costly when the Rattlers’ catcher made a throwing error to second base, allowing the Storm to score their second run. Matt Hinderliter entered in the sixth getting a walk and a strikeout.

The Storms offense was lead by Nick Cimillo from Manhatten College. The catcher went 1 for 3 with a double and a run scored.

Alex Morse, who will be attending American International College in the Fall, went 1 for 1 with a double and a sacrifice bunt. The second baseman played outstanding defense as well. Outfielder from SUNY Albany Chris Davignon chipped in with a single.

Ryan Nowak, who also played for Taconic Hills High School and now has committed to play baseball at Union College, got a single.

“I thought we competed well tonight against a well-coached, talented Rattlers team.” Storm Manager Ed DuPont said. “We have a lot of new faces on the team this summer. I am excited to be coaching this group of guys.”

"It was simply just a thrill to be able to be back on the field again," Rattlers Manager Joe Sportman said. "To watch the guys play the game they love and missed. No better way to spend a summer night than being part of some baseball action."

League action continues on Thursday at 5:30 p.m. at Ricky Cramer Field with the Knights taking on the Bucks.