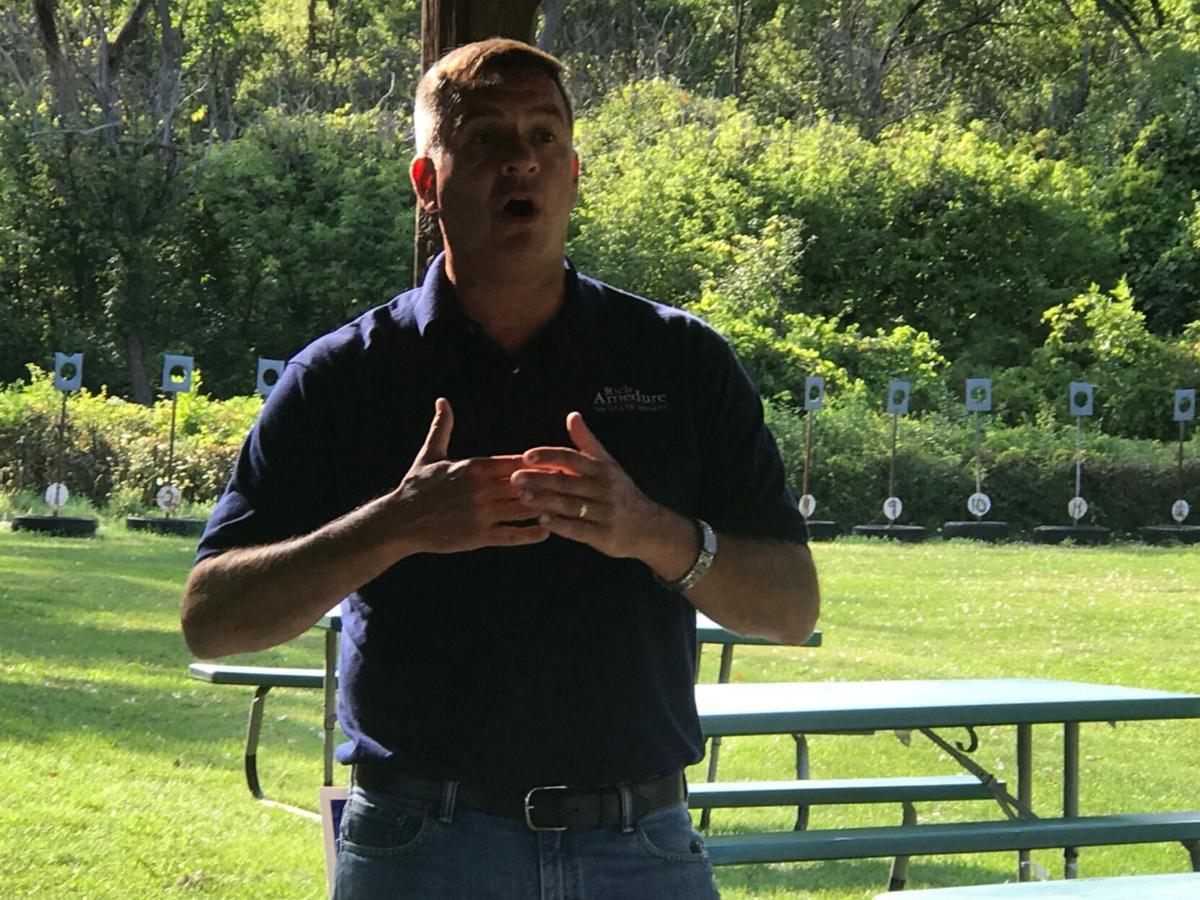 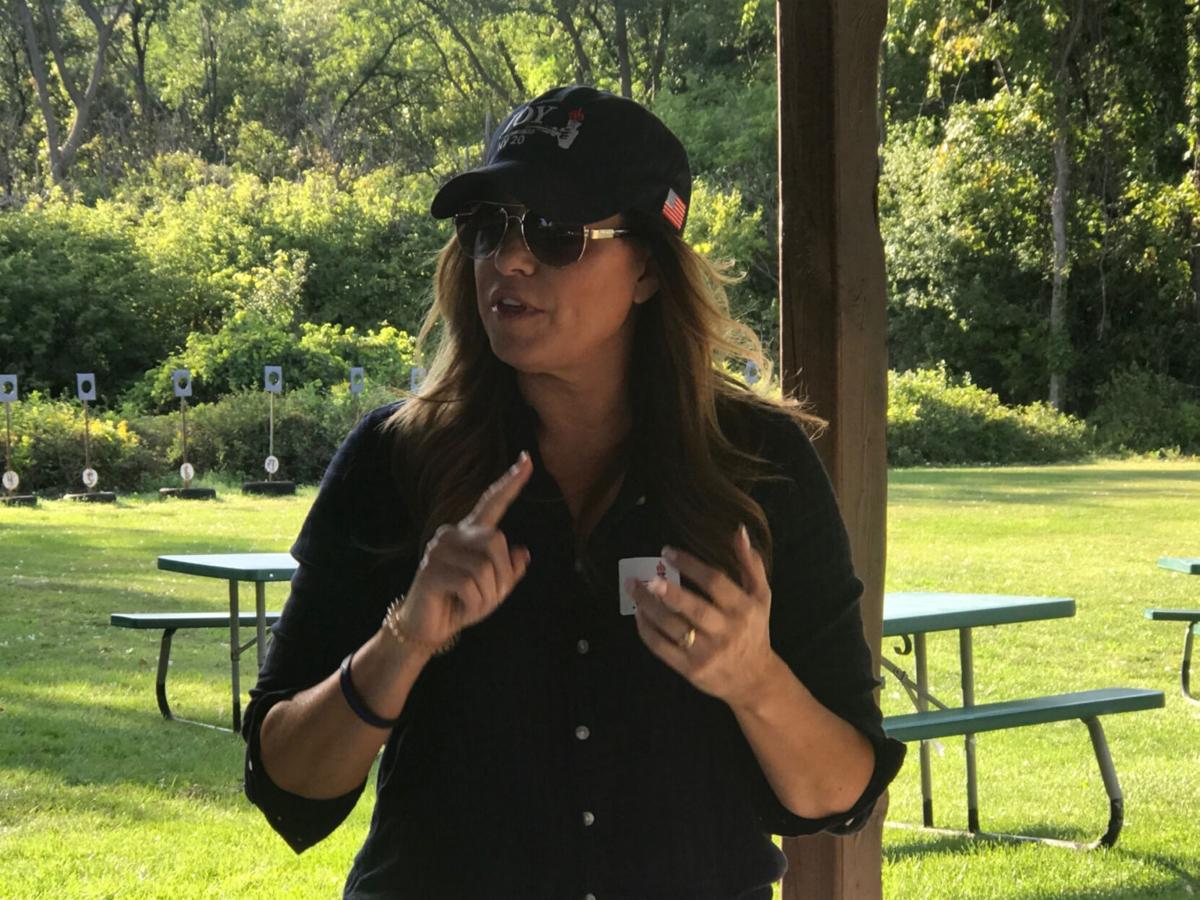 For the past month or so, this column has included threads among sportsmen and shooting sports advocacy groups like SCOPE, and county federations to take an active role in the politics affecting their sport. They have been pleading with gun owners and sportsmen to register to vote, and become politically active or at least politically aware.

By all accounts, the Voorheesville Rod & Gun Club BBQ/fundraiser held for local candidates this past Saturday was a resounding success. Attending the event were Republican Congressional Candidate Liz Joy of Glenville, who is running in the 20th District, which covers portions of Albany, Rensselaer, Schenectady, Montgomery, and Saratoga Counties, and Rich Amedure, of Rensselaerville, who is running for the NYS Senate in the 46th District.

Rich is running on the Republican, Conservative, and Independent tickets. The 46th Senate District includes all of Greene and Montgomery Counties, and portions of Albany, Schenectady, and Ulster Counties.

Sportsmen and women from the Voorheesville club and other local clubs, joined fellow concerned citizens who came out to hear what the candidates had to say.

The organizer and “MC” of the event, Peter Drao said, the idea to invite the candidates stemmed from his desire to facilitate communication and community involvement of sportsmen with candidates running for office who may be in a position to put their issues, “front and center.”

When asked if the event met his expectations, Peter Drao enthusiastically replied, “Absolutely, both Rich Amedure and Liz Joy didn’t just give a quick stump speech then leave. They took the time to engage one on one with club members and non-members alike to explore issues of concern.”

Peter said the candidates delivered on his chief aim in planning the event to, “Get quality grassroots access to candidates running for important offices in federal and state government.” He was pleased to declare both Liz Joy and Rich Amedure went above and beyond in their interactions with sportsmen.

Voorheesville Rod & Gun Club President, Frank Papa said, “I served 20 years in the US Army and took an oath to support the Constitution and all the rights it guarantees. Not least among them is the 2nd Amendment which is no more, but certainly no less important than the other amendments making up the Bill of Rights.”

Frank said he was especially glad to hear both Rich Amedure and Liz Joy unapologetically express unwavering support for the 2nd amendment at the event.

Rich Amedure, who recently retired after 32 years of service as a NY State Trooper, spent the bulk of his law enforcement career in Greene County. He was vice president of the NYS Troopers PBA for six years, and currently serves as Chairman of the Rensselaerville Town Planning Board. He has served on the board for the past ten years.

Rich began by addressing the crowd stating, “One party rule in NYS is already having disastrous consequences leading to a mass exodus from the state. Issues like bail and discovery reform and defund the police movements, are resulting in dramatic increases in shootings and crime statewide”

He went on to say the situation is not likely to ever improve with a democrat-controlled state assembly, senate, and governorship. He said, “In the past, there was a working balance of power where a republican senate who worked across the aisle with the Independent Democratic Caucus, put a needed check on the more extreme wing of the democrat assembly.”

He added, “Gun owners need to come out and vote. If they don’t, it will mean the impossibility of repealing or gaining positive reforms to the SAFE Act which oppressively infringe upon lawful gunowner’s rights to bear arms.”

He noted the general lack of compliance with the Safe Act bemoans its unpopularity and that the SAFE Act does nothing to keep us safe.

It wasn’t the first foray for Rich Amedure engaging with area sportsmen. Over the winter, he attended a meeting of the Albany County Conservation Alliance and introduced himself to club representatives informing them of his bid for NYS Senate.

In the past, Rich Amedure was involved in a firearms safety program for a local BSA troop conducted at a local sportsmen’s club. Hunter safety experts including law enforcement officers formed the program which included range instruction shooting clay targets.

Over the past months, candidate Rich Amedure has been making the “sportsmen’s club circuit.” When in-person meetings resumed recently, he attended an outdoor regular meeting of the Greene County Federation of Sportsmen, the Stony Clove Rod & Gun Club, shot trap with members of the Catskill Mountain Fish & Game Club, and said he plans on meeting as many sportsmen and shooting sports enthusiasts as he can to discuss issues important to them.

He is endorsed by the NYS Troopers PBA.

He said it’s critical that gun owners and sportsmen register to vote and do everything they can to get like-minded citizens to do the same. They can make the difference just by showing up on election day to ensure their sport and their rights are protected.”

Liz Joy who is running in the 20th Congressional District on the Republican, Conservative, and Serve America Party Lines then had the floor saying she believes, “Socialism and movements to defund police are a threat to all citizens.

Moderate democrats, independents, republicans and conservatives need to come together to defeat socialist tactics that threaten our safety and security.” She cited recent unprovoked attacks in Rochester of people simply eating dinner as an example. She stated the fight for racial equality has nothing to do with attacking innocent people.”

On the 2nd amendment, Candidate Liz Joy said, “All constitutional freedoms need to be upheld. The support of the 2nd amendment is especially critical to our ability to defend ourselves and our loved ones.”

Back in 2018, Liz was at the “Beauty and Bliss” salon in Colonie, getting her nails done by her friend and manicurist, Denise Caulfield when Denise was attacked by her knife wielding husband, Thomas Caulfield. Thomas plunged the knife into his wife and Liz fought off the attacker with a wire mannequin saving her friends life.

She and others then summoned other good Samaritans to help subdue the attacker and get police on the scene. Suffering injuries to her knees and on crutches six weeks and going through months of physical therapy, Liz slowly recovered as did her friend Denise. Thomas Caulfield was sentenced to 25 years in prison.

Liz Joy possessed a pistol permit at that time but it was restricted to target shooting and hunting, making it illegal to carry concealed. She finally received a concealed carry permit immediately following the violent incident. Her website

Liz Joy now sits on the Board of Directors of the New York State Rifle and Pistol Association (NYSRPA) and is a staunch supporter of the 2nd amendment and the right to concealed carry in NY.

The platform on her website includes “Empowering Women Against Violent Physical and Sexual Assault” and a call for concealed carry permit and firearms training for victims of domestic violence.

With the club rifle range in the background, Liz Joy stressed, “Your vote does count! In 2018 millions of gun owners in NY did not vote having disastrous effect on the balance of power in the state. Voting is the simplest way to support the country and our constitutional rights.”

Liz Joy stated her message to sportsmen and gun owners this election season can be summed up in one word, VOTE!

Happy Hunting, Fishing and Trapping until next time.