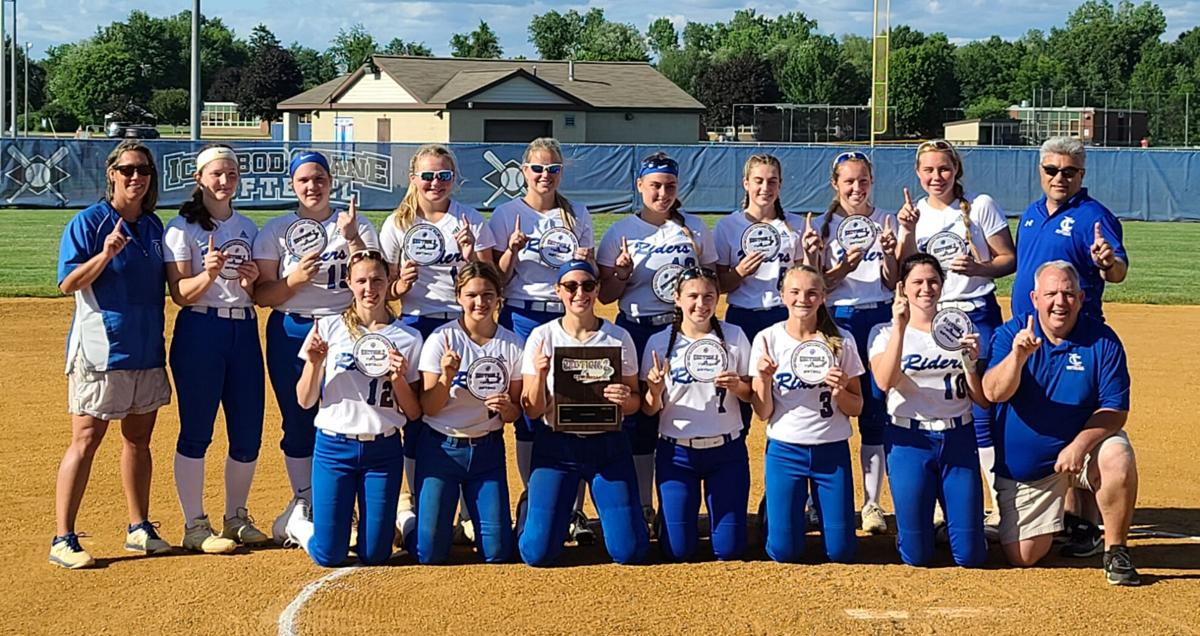 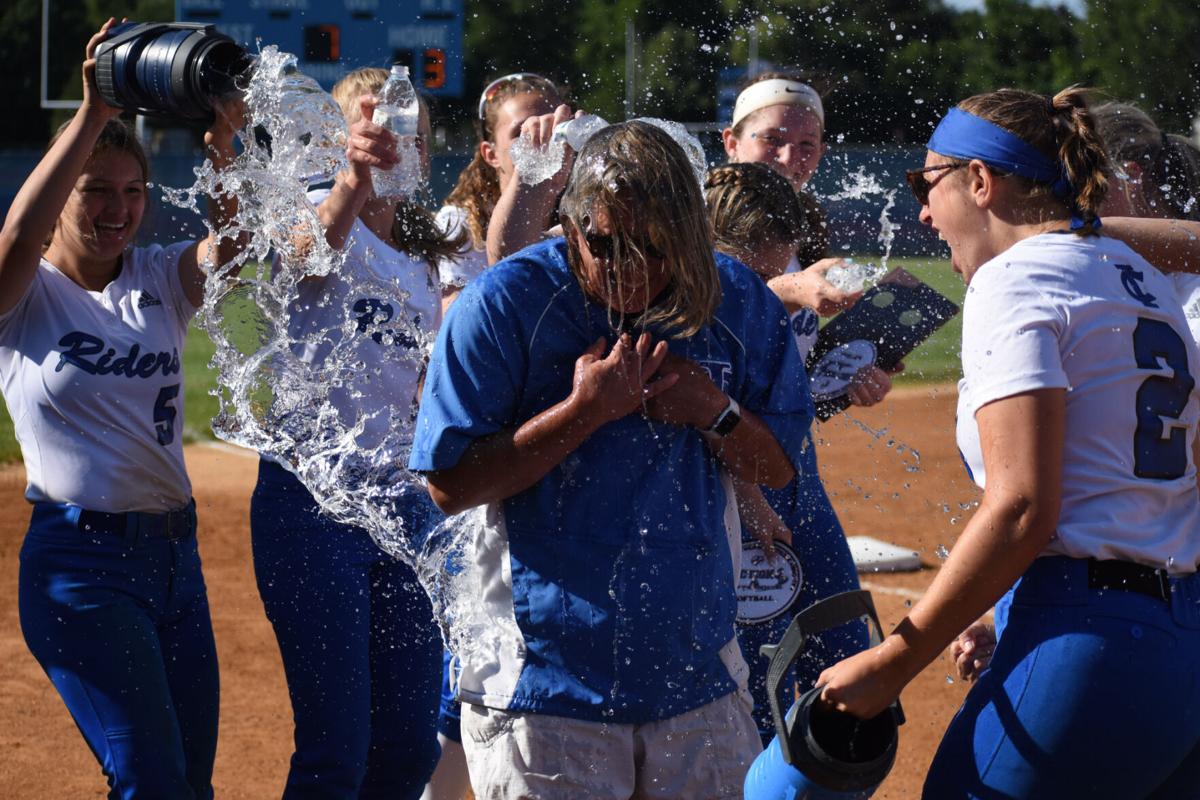 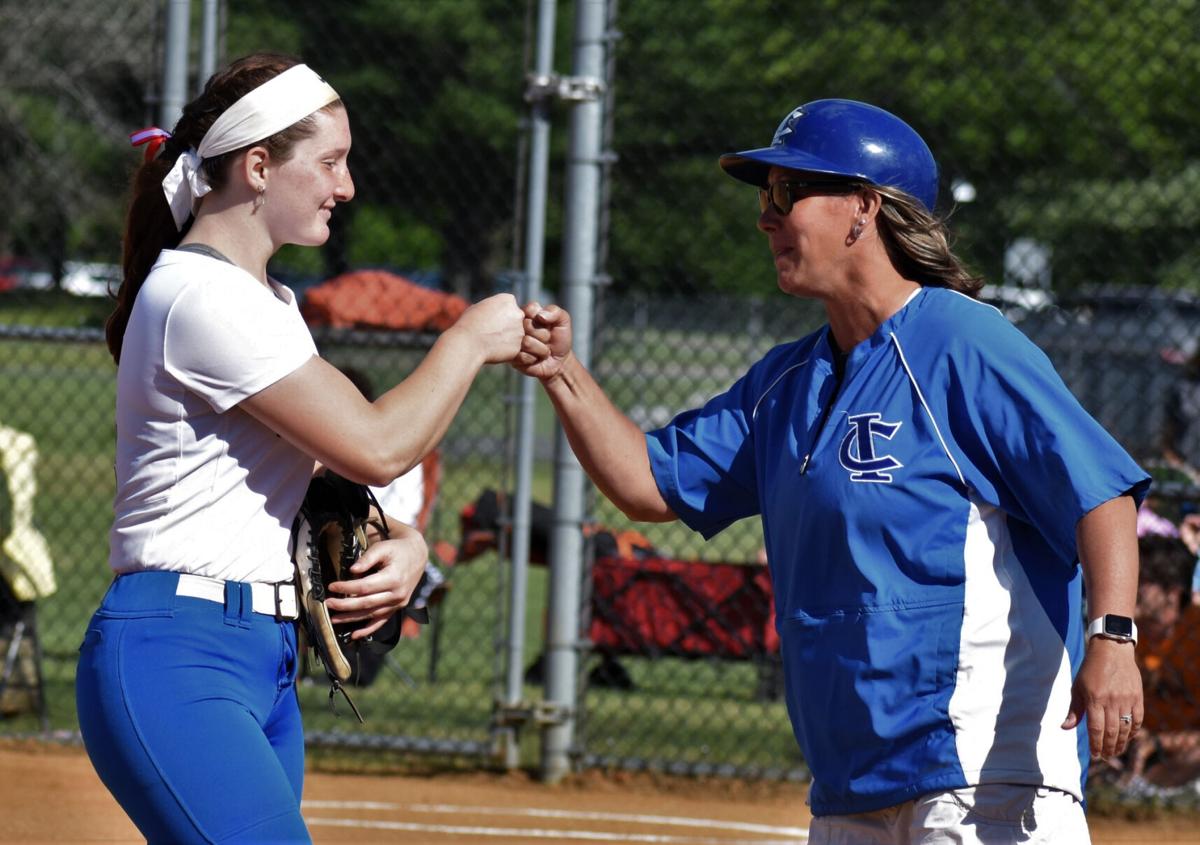 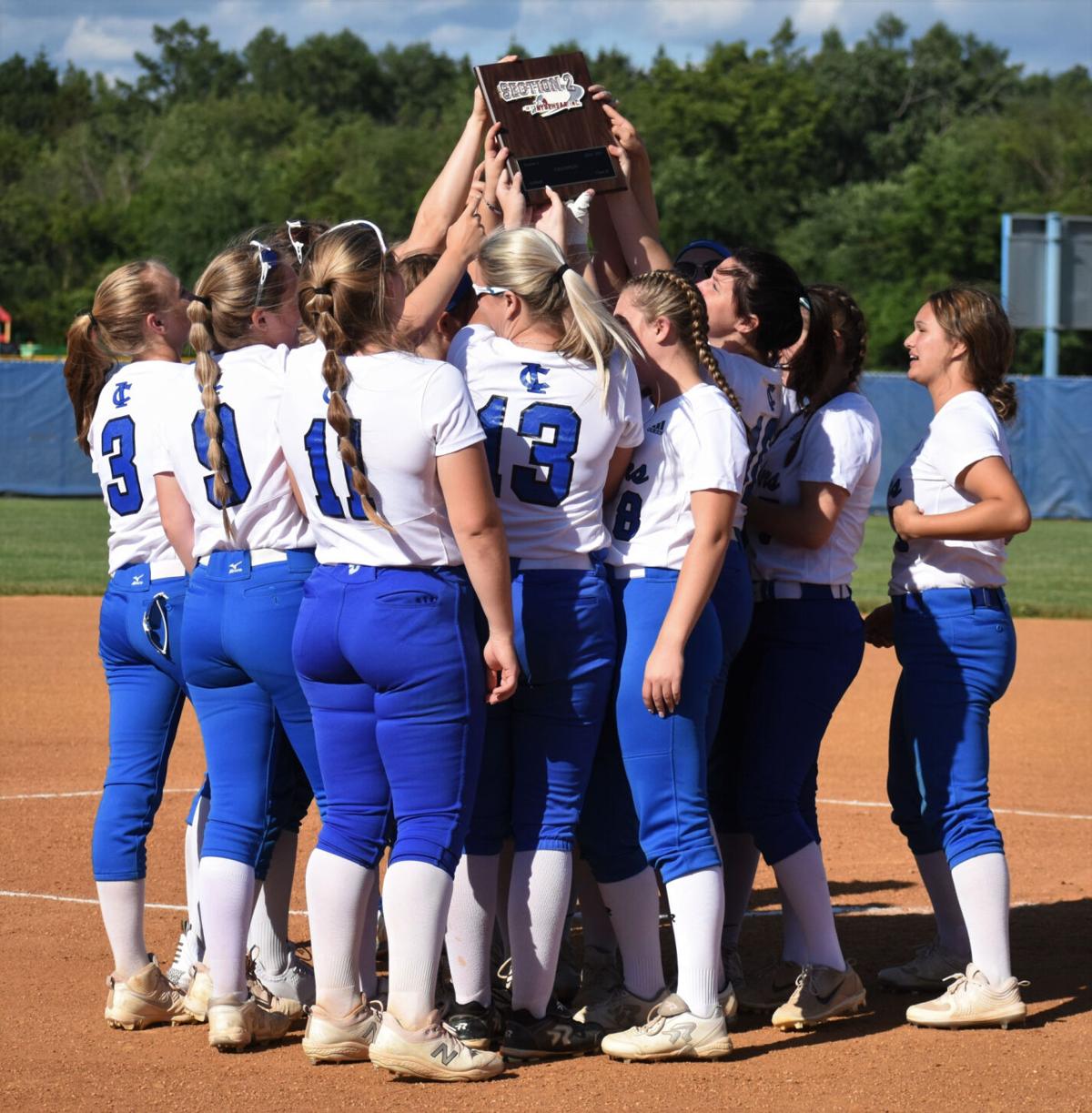 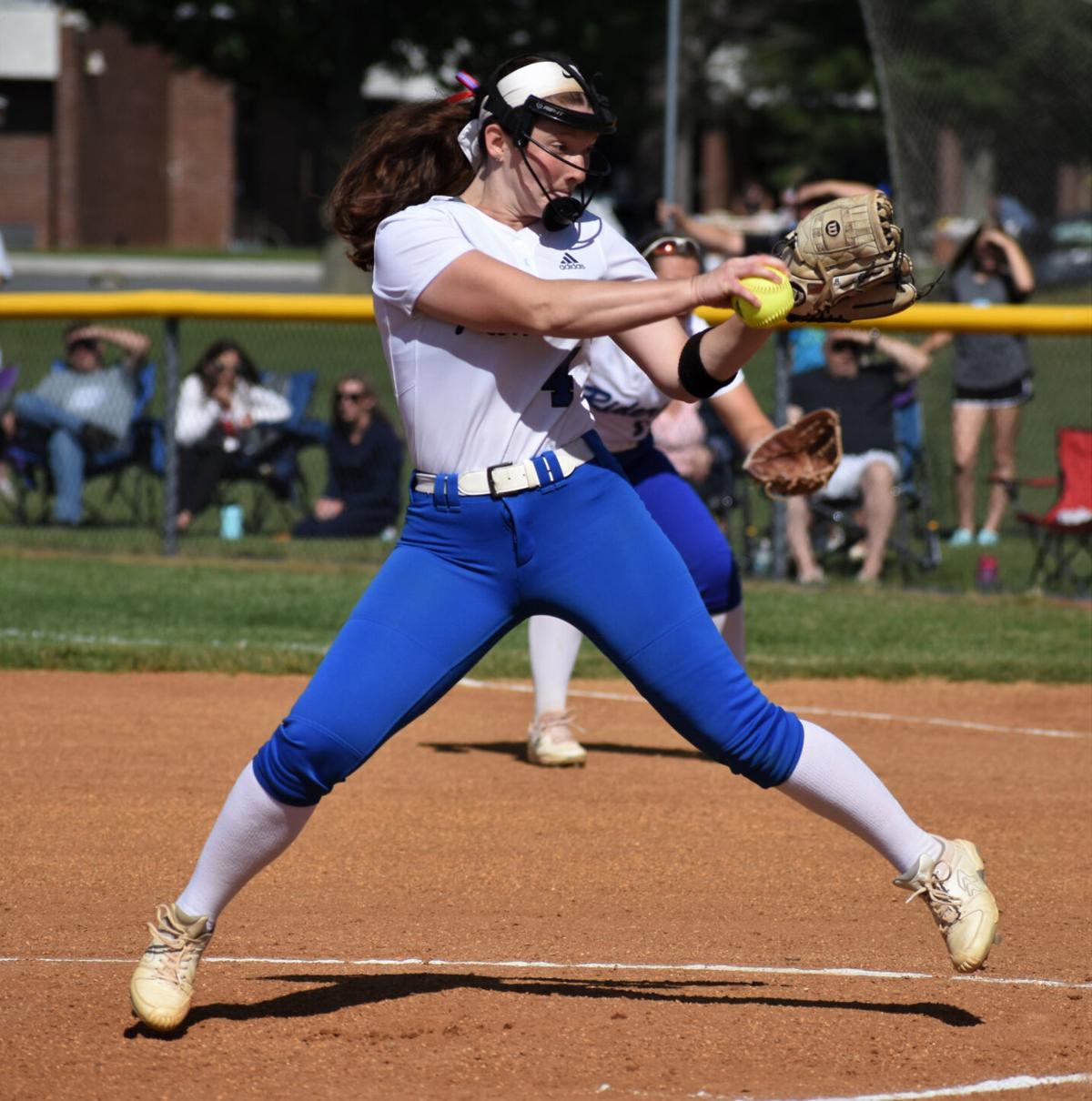 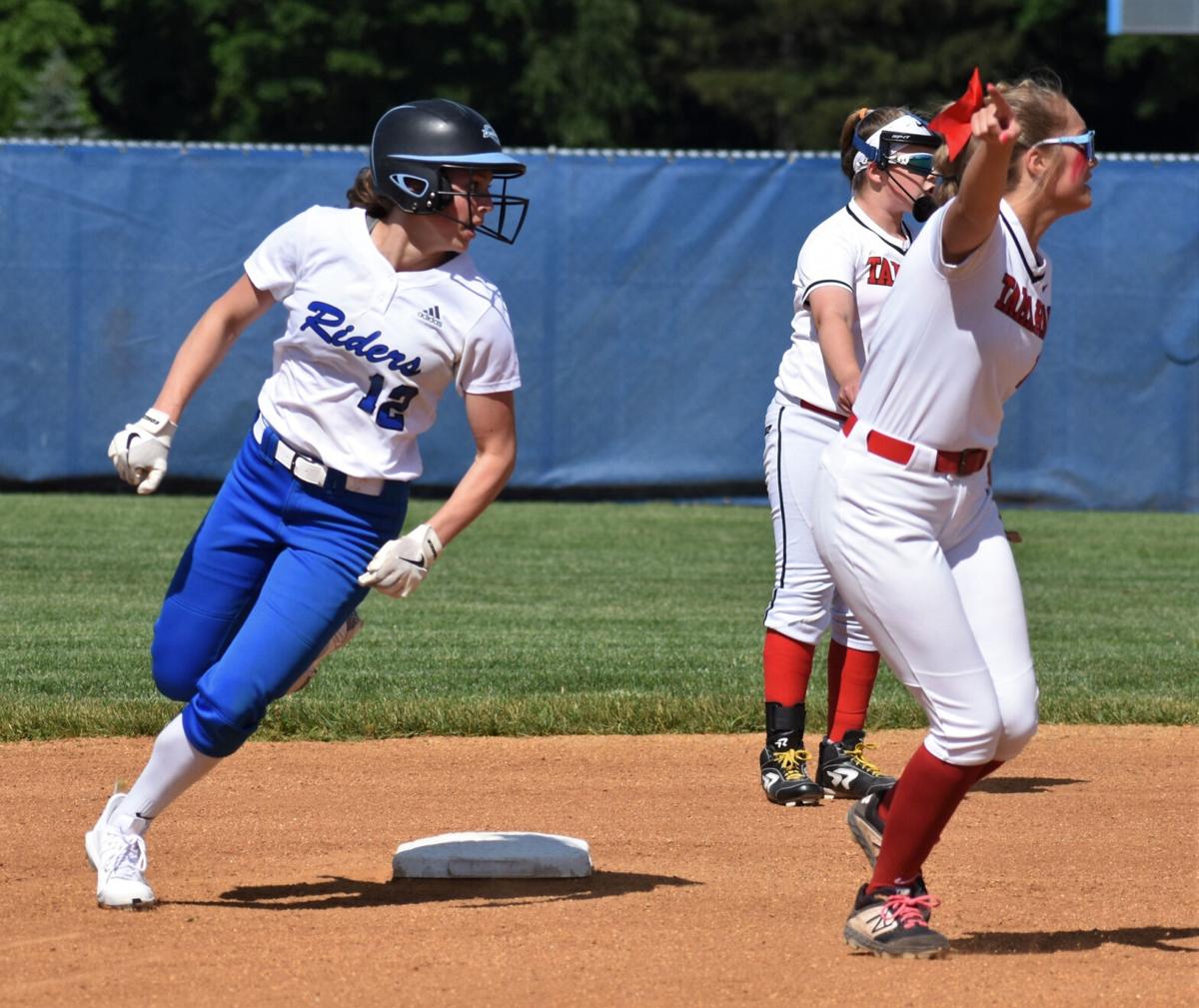 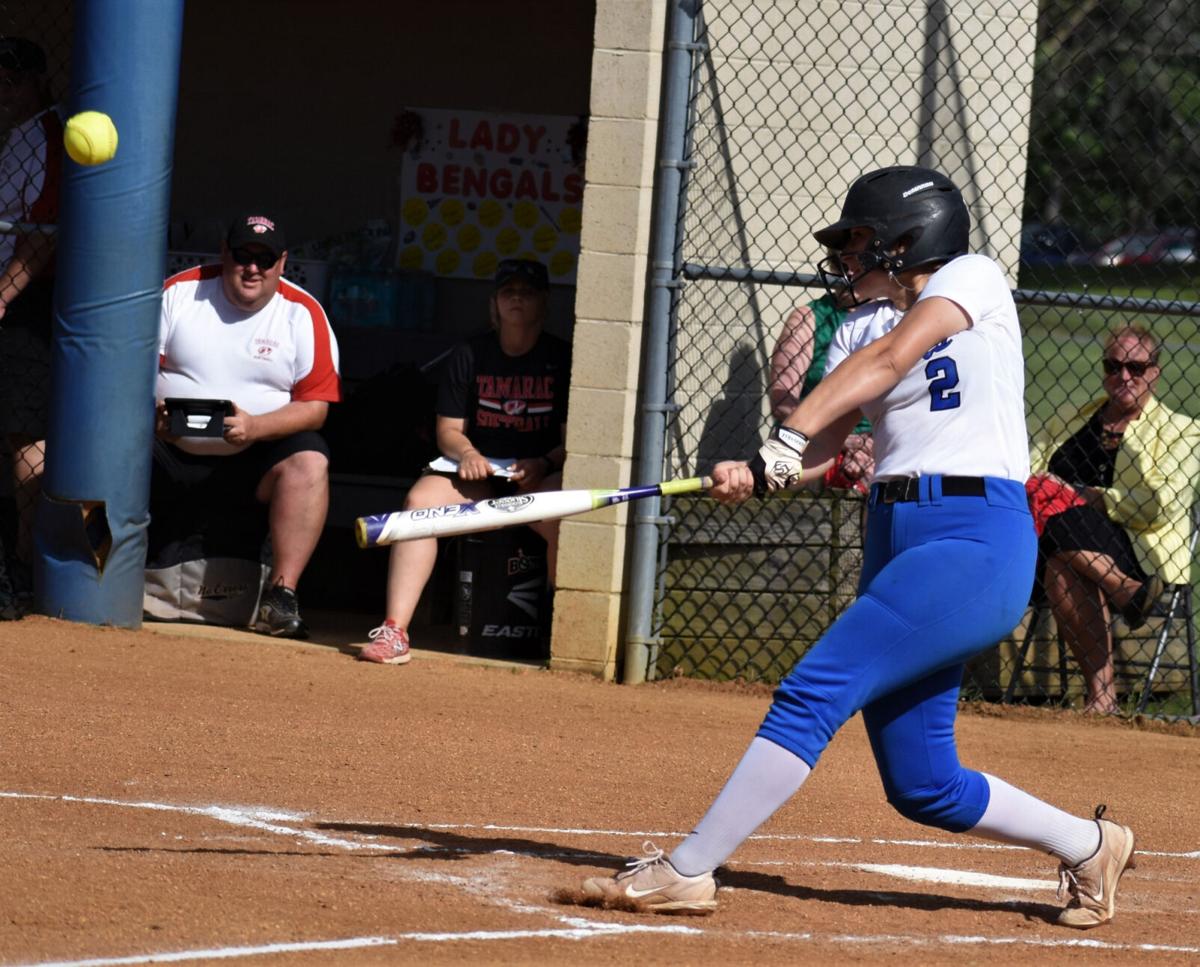 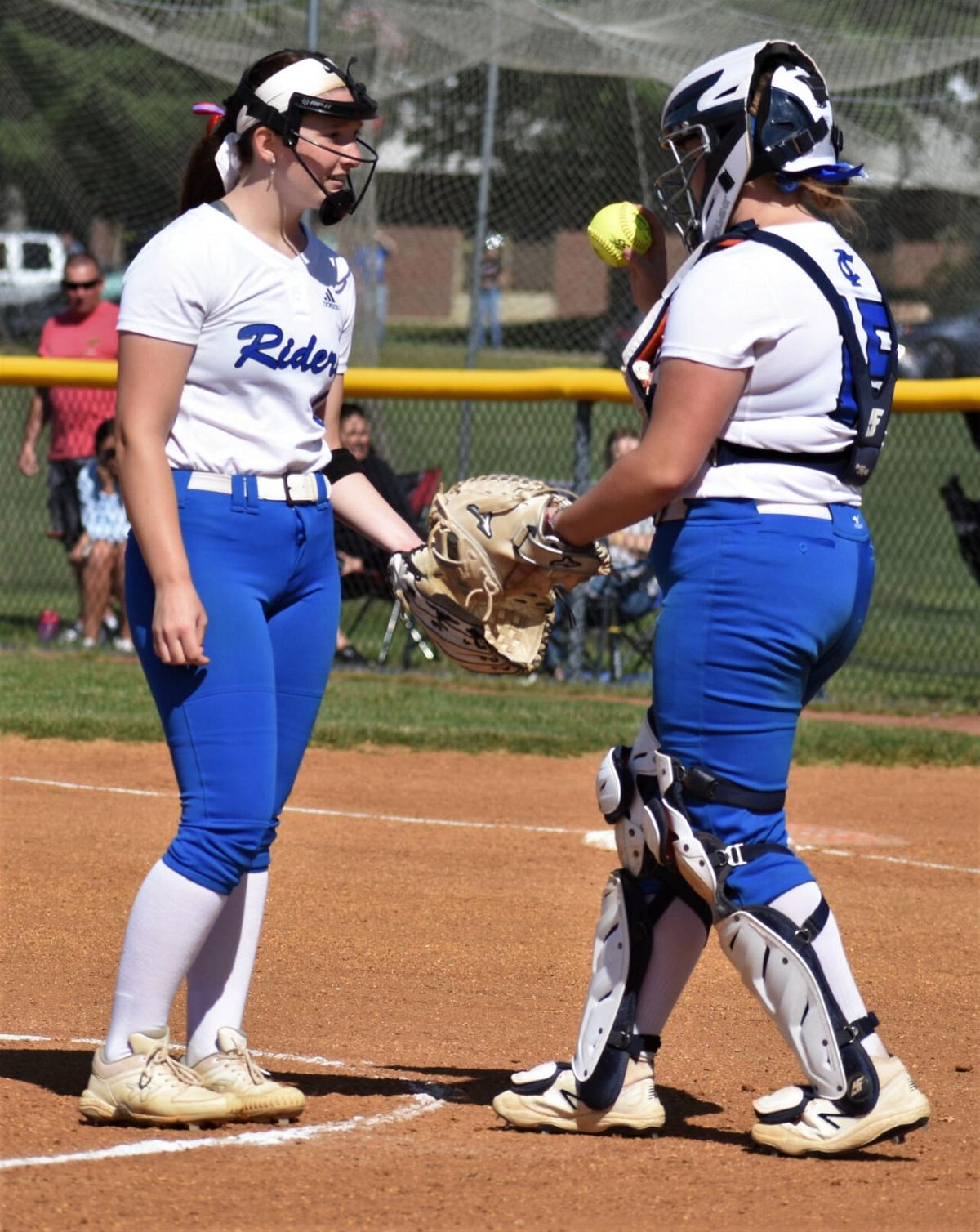 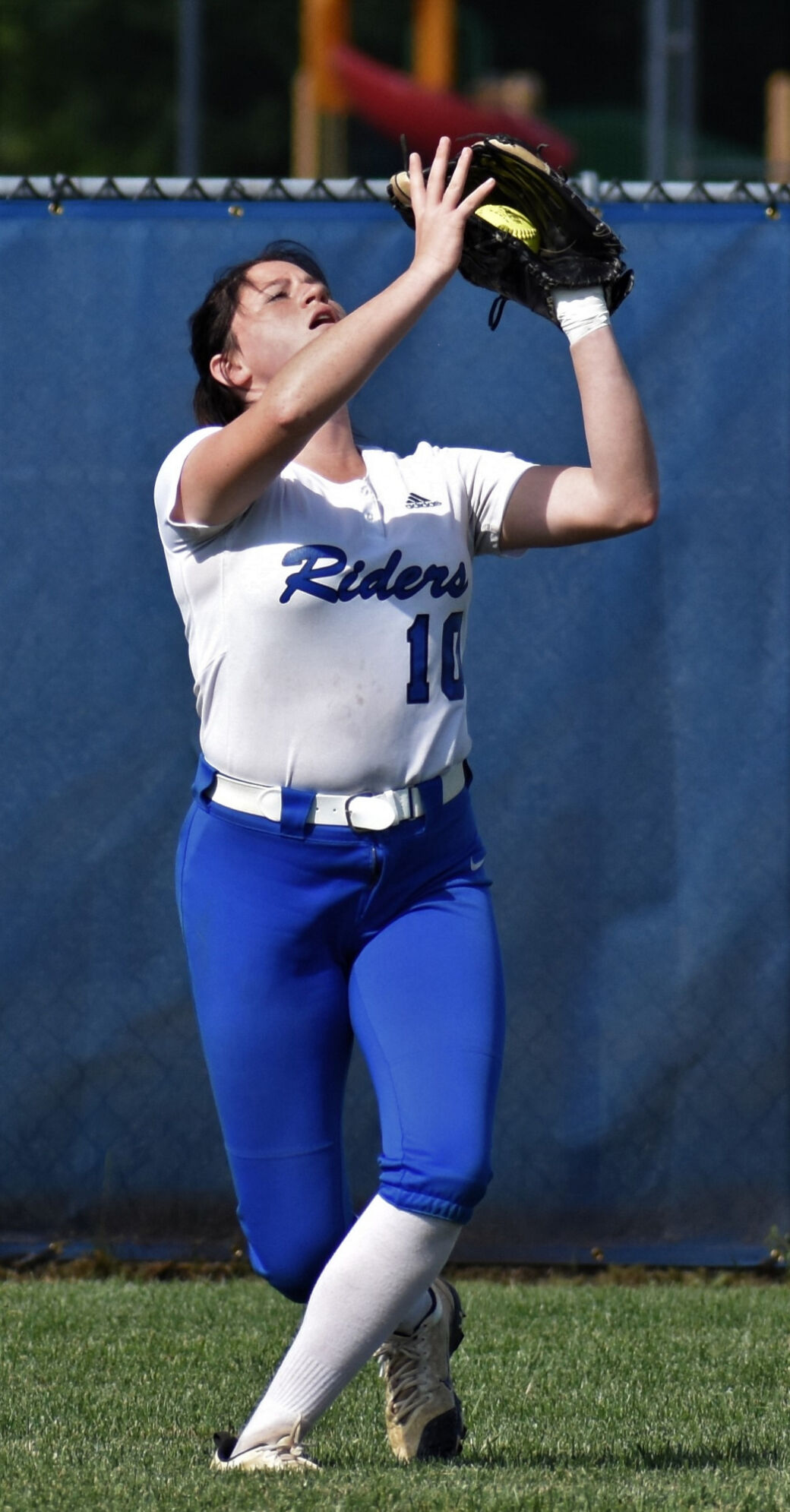 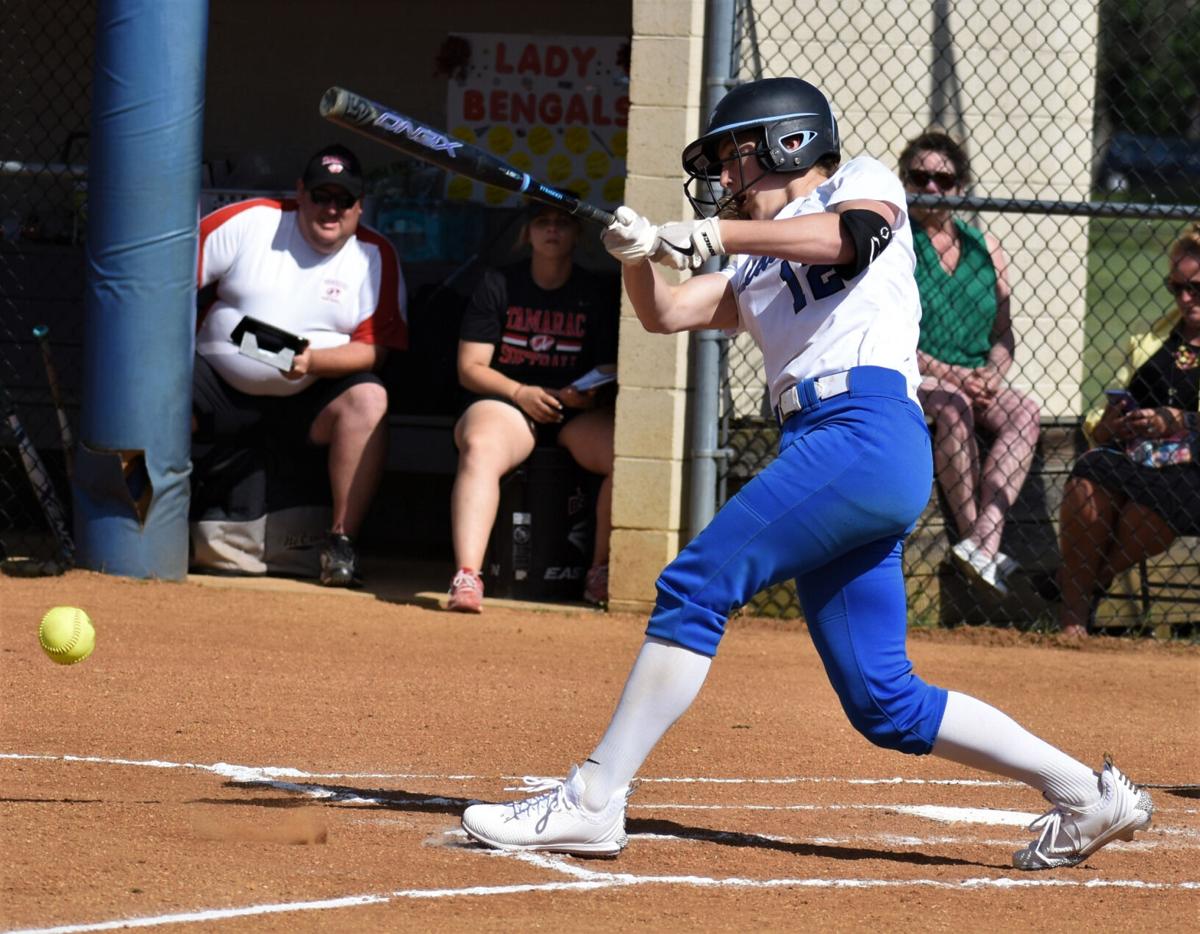 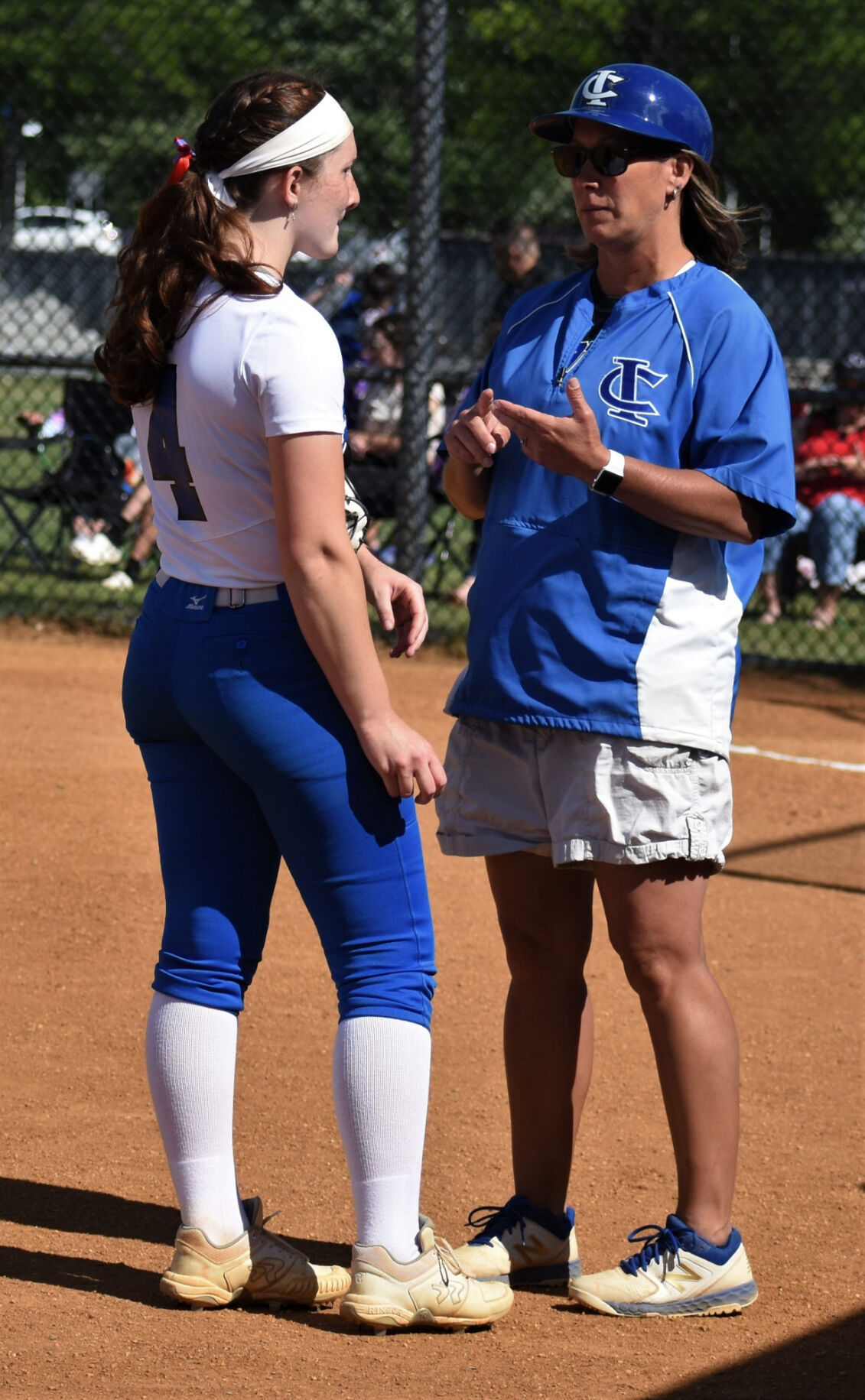 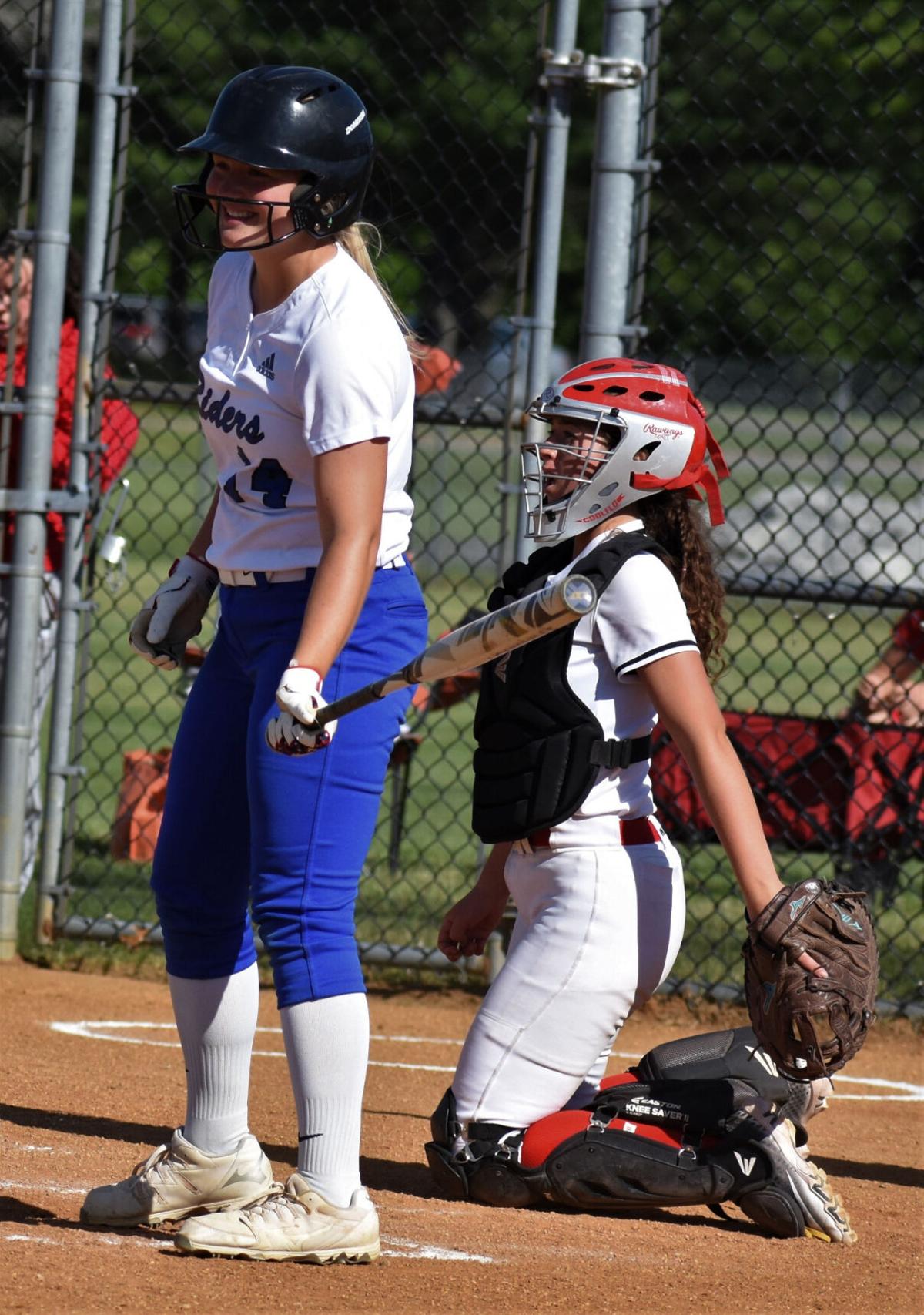 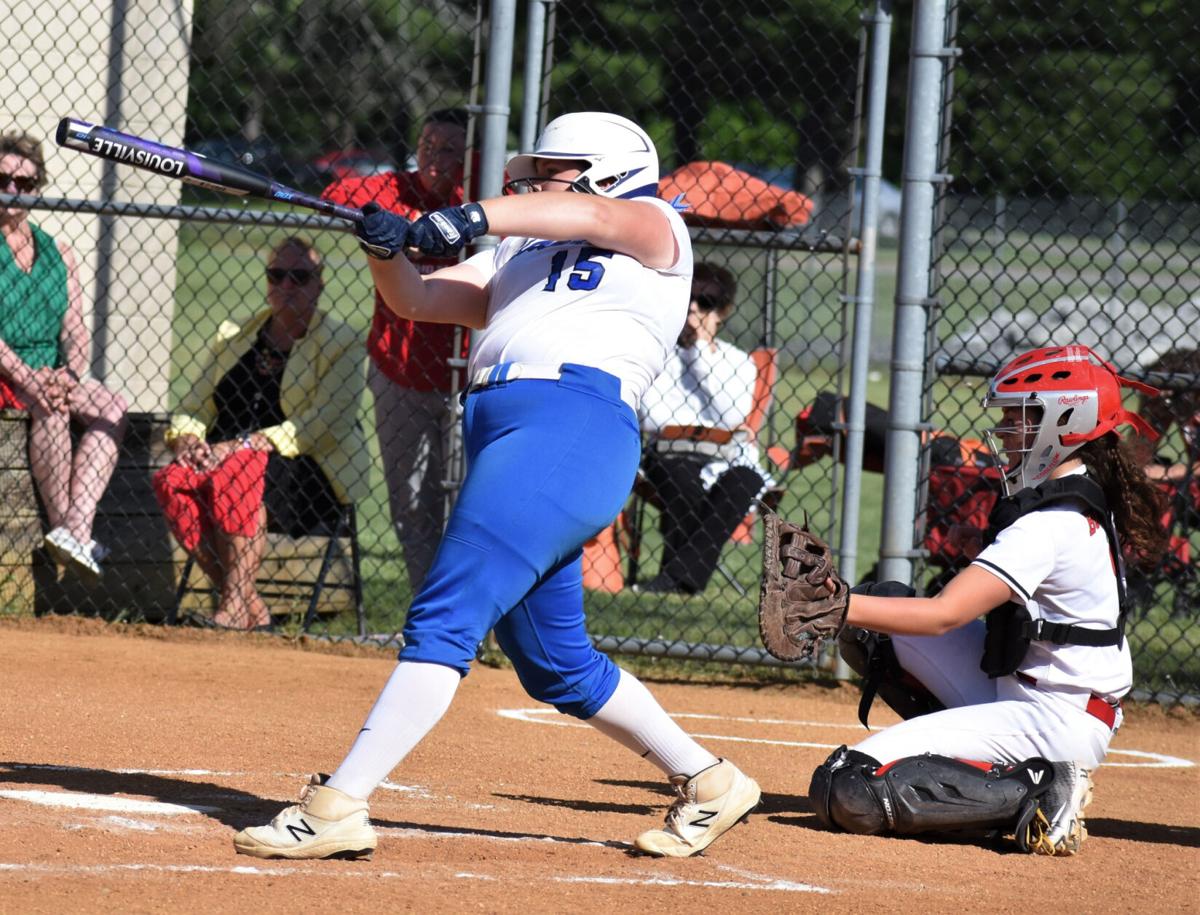 Tim Martin/Columbia-Greene Media Mackenzie Wendelken was 3 for 3 with a double and an RBI to help Ichabod Crane defeat Tamarac, 3-0, in Wednesday‚Äôs Section II Class B softball championship game.

Tim Martin/Columbia-Greene Media Mackenzie Wendelken was 3 for 3 with a double and an RBI to help Ichabod Crane defeat Tamarac, 3-0, in Wednesday‚Äôs Section II Class B softball championship game.

Nytransky and the Riders won what amounts to the program’s third consecutive Section II Class B championship and fifth since 2015 with a 3-0 victory over Tamarac on Wednesday.

“Not by a long shot,” Nytransky said. “We had a battle today though and the girls were up for the challenge. Just had to put a couple runs on the board.”

This very well could have been Ichabod Crane’s fourth straight sectional title had the coronavirus pandemic not wiped out the entire 2020 spring sports season. Still, Nytransky couldn’t have been prouder of her team for answering the bell every single game this year.

“It was just a weird year to be honest,” Nytransky said. “It’s been fun leading these kids this year. They really just had fun trying to win games and put the work in. I asked a lot from them but they answered every single time.”

Bella Milazzo was dominant on the mound all season and Wednesday was no exception. The senior right-hander finished her high school career in style, throwing a three-hit shutout with 13 strikeouts and one walk. For the season, Milazzo compiled a 15-0 record with a 0.21 earned run average. She struck out 167 batters and walked just 16 in 97 innings, allowing just 24 hits and 3 earned runs all year.

“It’s bittersweet,” an emotional Milazzo said. “I’ve been playing with most of these girls since I was like six, so this being the last day is a tough day. It’s OK, but ... I’m happy we won.”

“Last year, I really thought we were going to play, and they kept saying ‘two more weeks,’ but then we didn’t have one (a season) and it was disappointing because you only get four years in high school and that was one of my last.” Milazzo said. “At least this year we got to play and we did well, so we can’t be too mad about it.”

The Riders finish with a perfect 18-0 record, including a midseason 2-1, 10-inning victory over the eventual Section II Class AA champion Shenendehowa.

“That was huge,” Milazzo said. “Those games are the most fun and that is why you play. It’s the best time. I know a lot of the Shen girls, I’m going to college with one of their girls, and being able to go there and win, knowing they’re a good team, was very satisfying. Coming in to today, I would say the Shen game was probably what put us over the top, that yes, we can do this, we have it.”

“She’s a great pitcher,” Milazzo said. “I’ve been following her and I hope she get a state championship and would love to see where she goes with it. She’s only a sophomore and she’s going to be great.”

The Riders managed single runs in the first, fifth and sixth innings and Milazzo and that was more than enough for Milazzo, who allowed a baserunner to reach third base just once in the game. Of the three hits she allowed, only one came after the first inning.

Emma Scheitinger got the Riders’ first inning going with a base hit to center. She went to second on Carolina williams’ sacrifice and scored on Mackenzie Wendelken’s single.

“That was huge,” Milazzo said of getting on the board early. “For a couple of innings we didn’t get any more runs and I was like ‘I can’t give it up!’

Once again, Scheitinger and Williams figured prominently in Ichabod Crane’s second run in the fifth as Scheitinger singled, stole second and came around to score on Williams’ double.

The Riders added an insurance run in the sixth. Wendelken started things off with a single, Clare Knapp sacrificed pinch-runner Torre Tamez to second and Emma Heartquist reached on an error, scoring Tamez.

Tamarac threatened twice in the contest, putting two runners on in the first and getting a runner as far as third in the sixth, but each time Milazzo got out of the mini-jams without surrendering a run.

Wendelken finished with a perfect 3 for 3 day at the plate with a double and an RBI for the Riders. Williams added a double and single with an RBI and Scheitinger singled.

“I’m so unbelievably proud,” Nytransky said. “Some of these girls haven’t been here before and they stepped up big time.

“We had a shortened season and they have been busting their butts all year and working hard, knowing that we had a chance. Bella pitched a great game. Kenz had a great game going three for three and it was a full team effort. It was a blast for me to coach them this year. I really enjoyed them all and you know what’s even better? Winning is fun!”