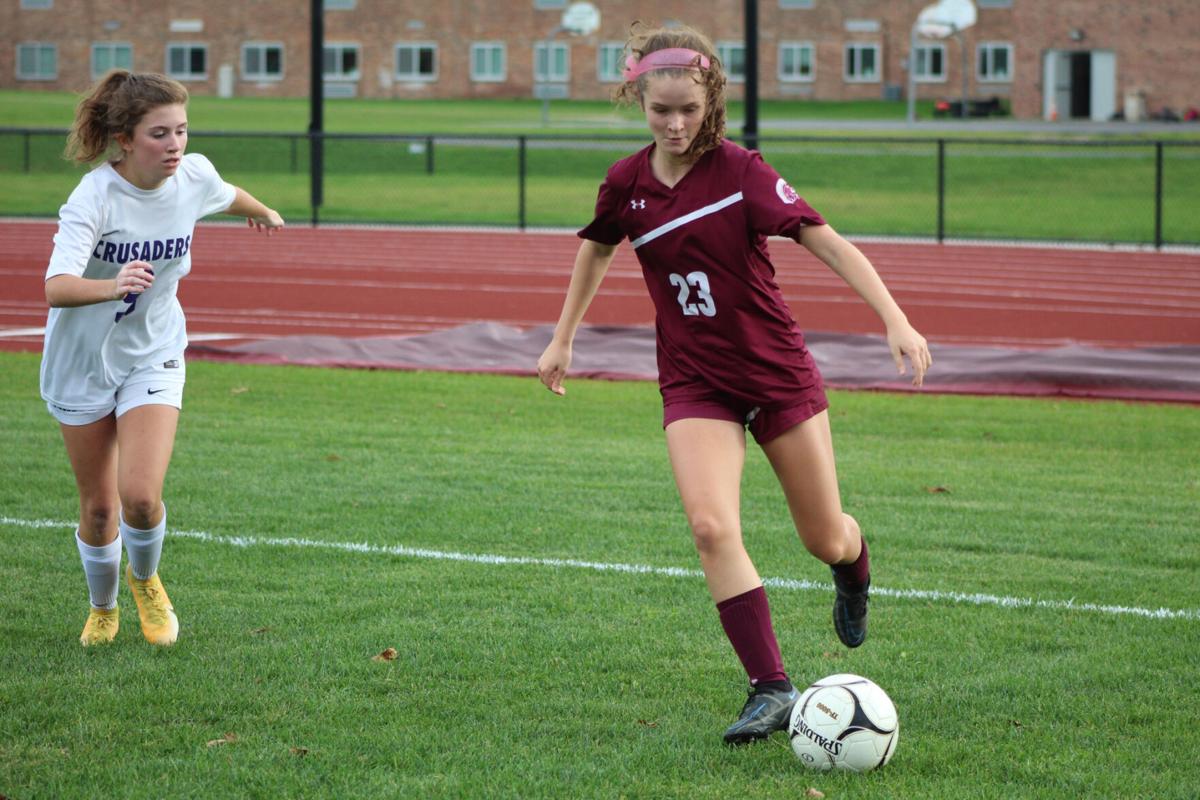 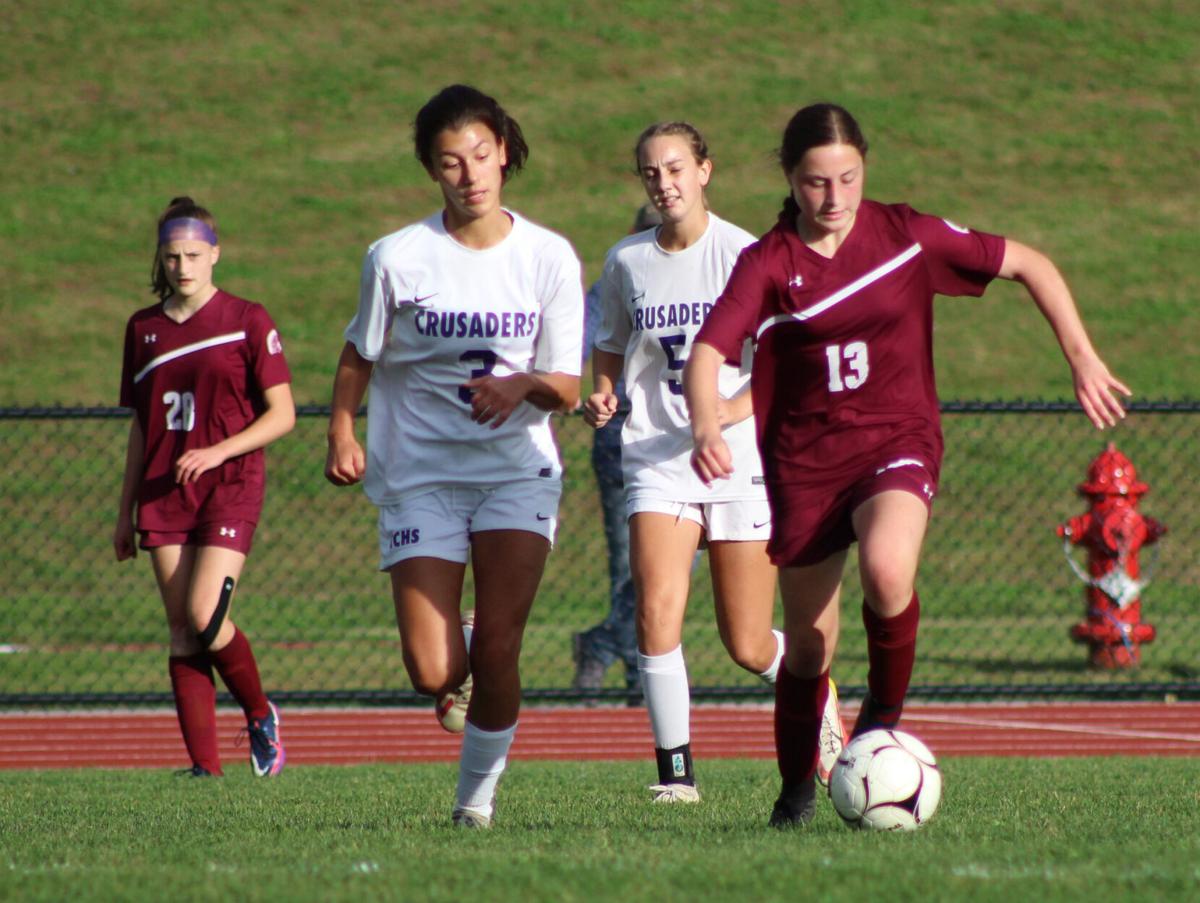 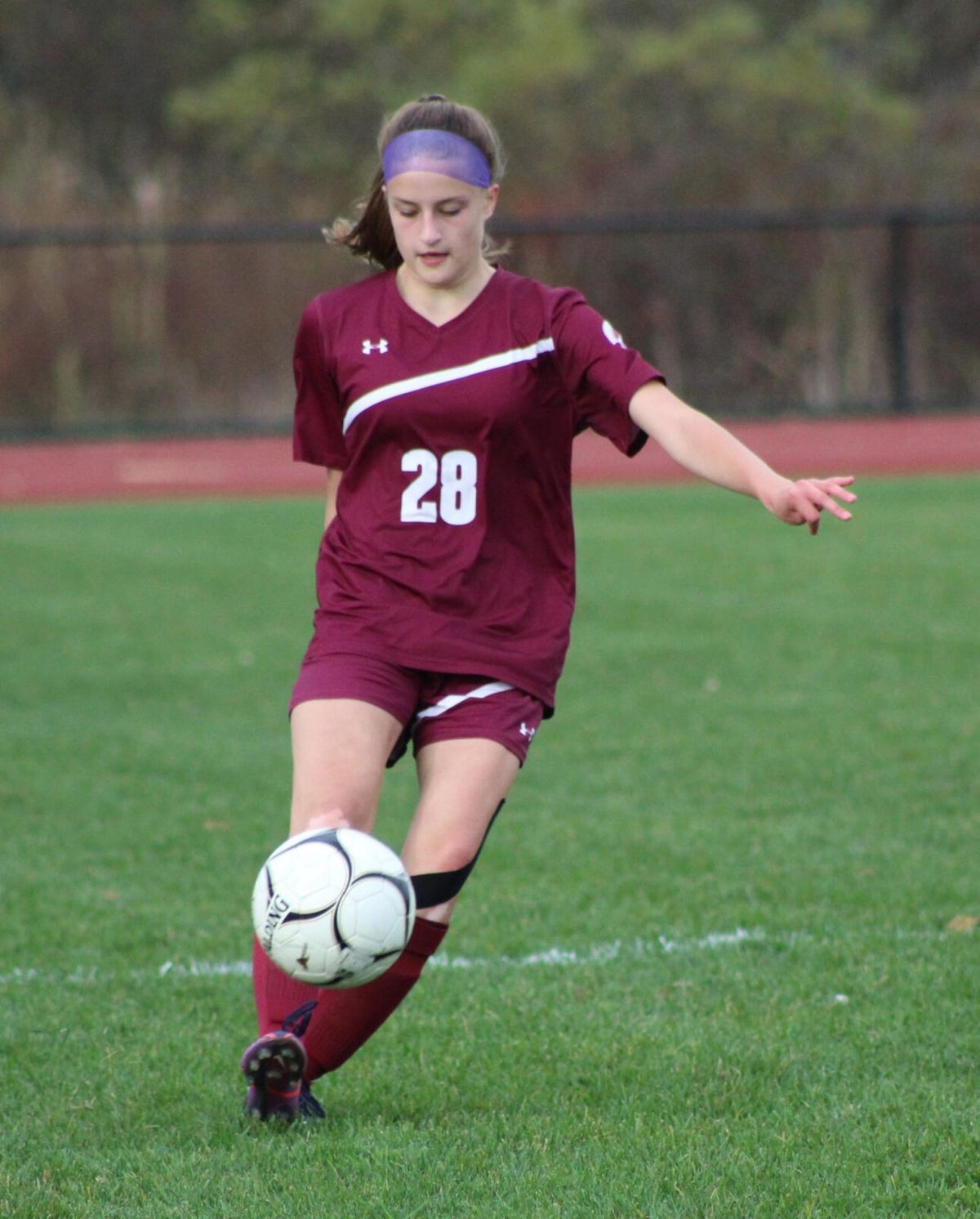 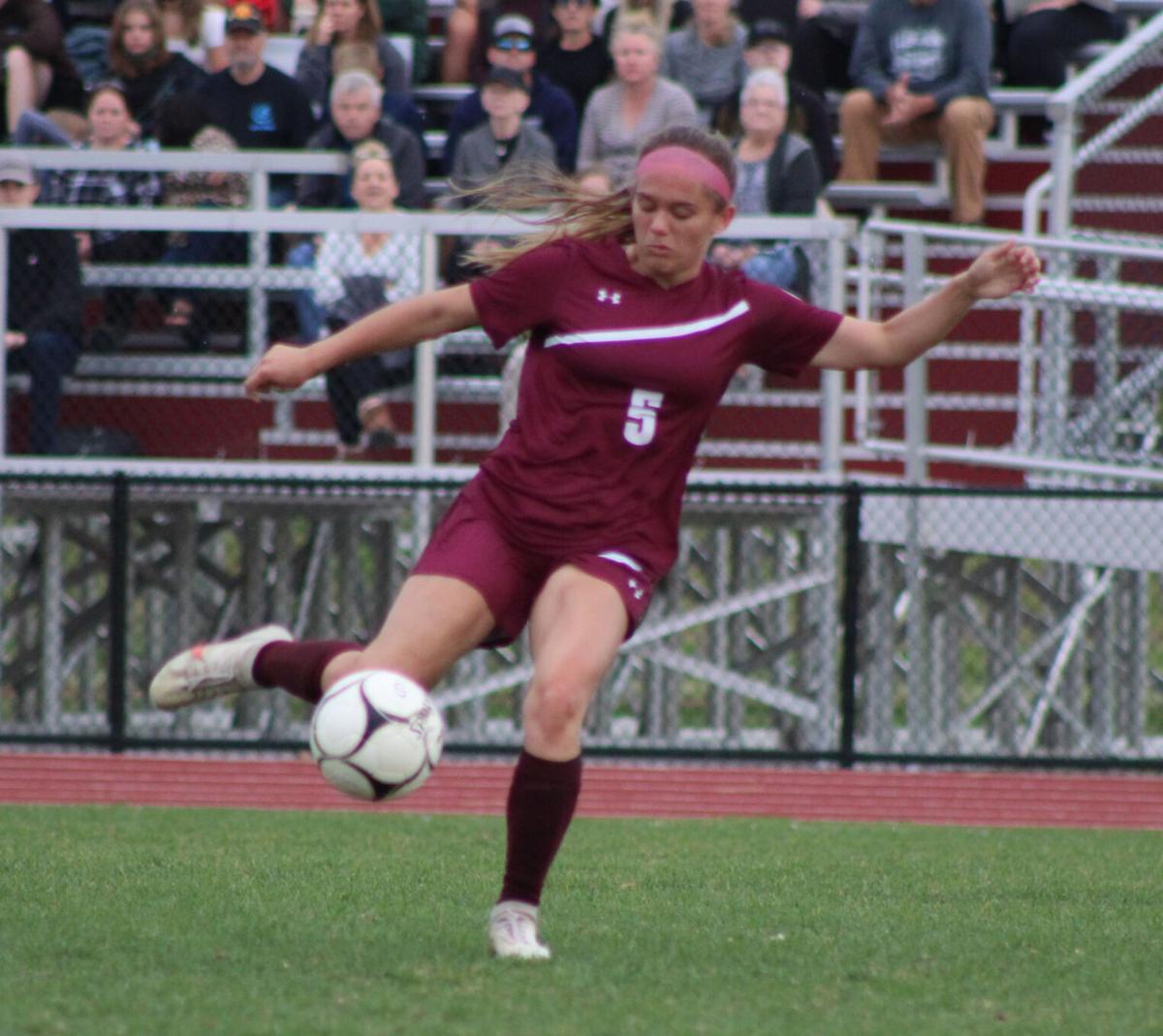 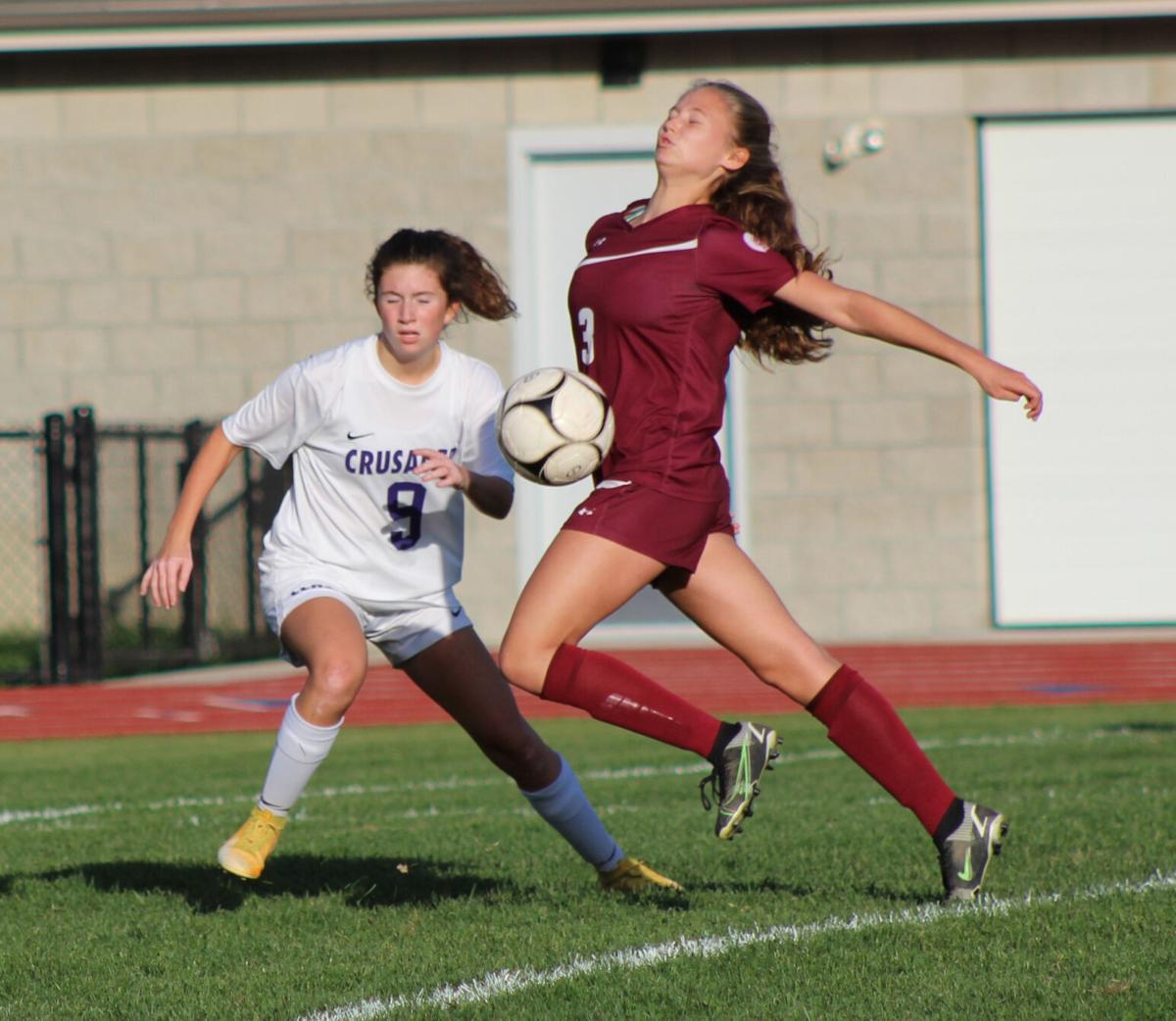 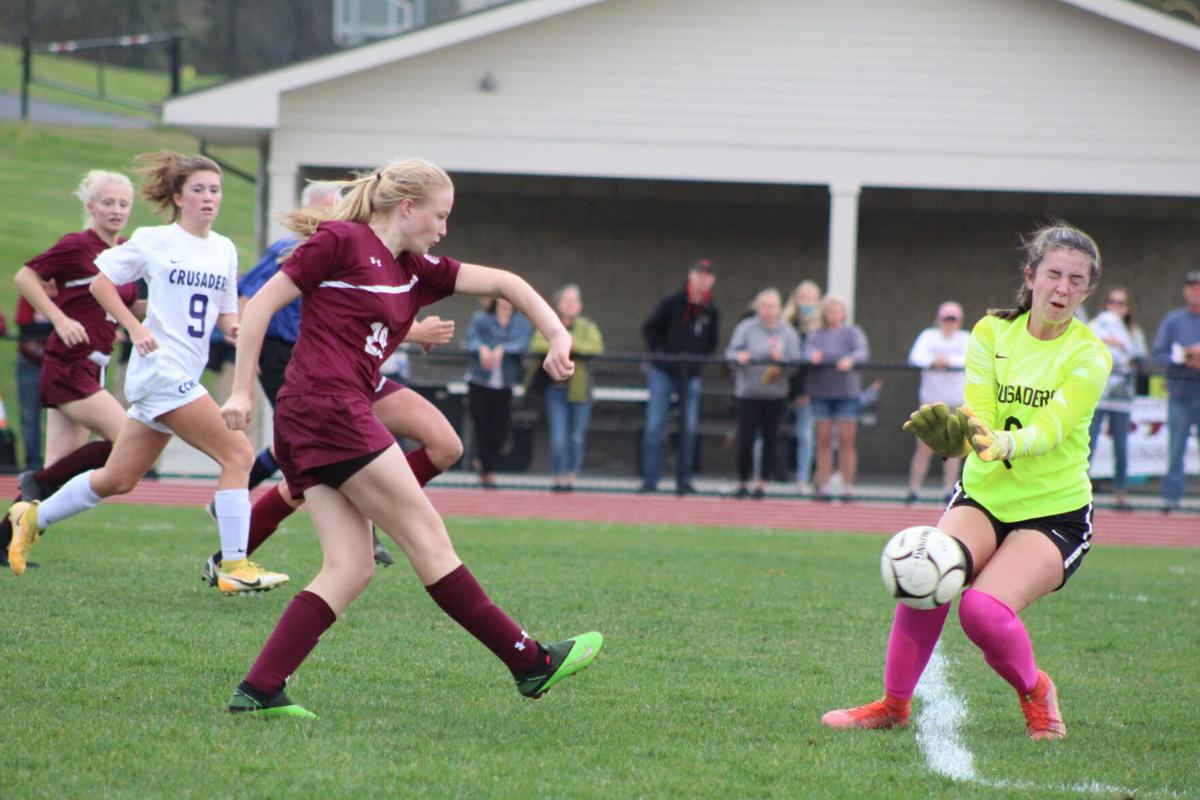 GREENVILLE — The Greenville Spartans defeated the Catholic Central Crusaders 4-0 Thursday afternoon in the opening round of the 2021 Section 2 Class B Girls Soccer Playoffs.

With the victory the Spartans advance to the quarterfinals and will host Holy Names on Saturday.

The Spartans were in control from the start and put quality shots on the net early. Ella Grupe was all over the box on offense for the Spartans, putting four shots on goal in the first few minutes of the game.

The Crusaders had a few breakaway opportunities to follow up the Spartan attack, but they only managed to get one shot off and it went wide of the goal.

Greenville earned a free kick midway through the first half and Cameryn Childs sent a shot out of bounds thanks to a diving Crusaders keeper that forced the shot away. Two consecutive corner kicks went unsuccessful for the Spartans with under 14 minutes before the break as they inched closer to scoring that first goal.

With less than ten minutes before halftime, Emersyn Grupe passed it into the box and after the goalie missed on an attempt to clear, Taryn Silk was there to tip it into the net for Greenville.

Ahead 1-0 with just a few minutes remaining in the half, the Spartans looked to add to their lead before the break. Greenville had one last corner kick with just over two minutes on the clock, and Emersyn Grupe found her sister Ella Grupe who buried the shot in the back of the goal to extend the lead to 2-0.

Greenville still dictated the pace as the second half began, keeping the pressure on Catholic Central to play tighter defense or be left behind.

Jessica LaManda and Caroline Kosich both took shots on the net that were stopped by the keeper and sailed high over the goal in the first few minutes. Spartan attacker Emma Haller took it into the box for a shot as well, and after being blocked by the keeper, Ella Mulholland put it into the empty net after the goalie could not recover after the save.

With 28 minutes left in the game Greenville was up comfortably 3-0 and did not let up on the intensity. A few minutes later LaManda needed to be helped to the bench after an apparent leg injury as she hopped off the field.

The Crusaders had a free kick on the Spartans’ side of the field, but their goalie came all the way up to take the kick and it did not make it through for any teammates and she had to get all the way back.

Greenville had yet another corner kick with about eight minutes to play, and Ella Grupe’s pass across the field was deflected by teammate Cameryn Childs off of her stomach and into the net for the score.

Up 4-0, the Spartans kept their foot on the gas to run the clock down, and they earned the win at home to move on to the quarterfinals of the Section II Playoffs.