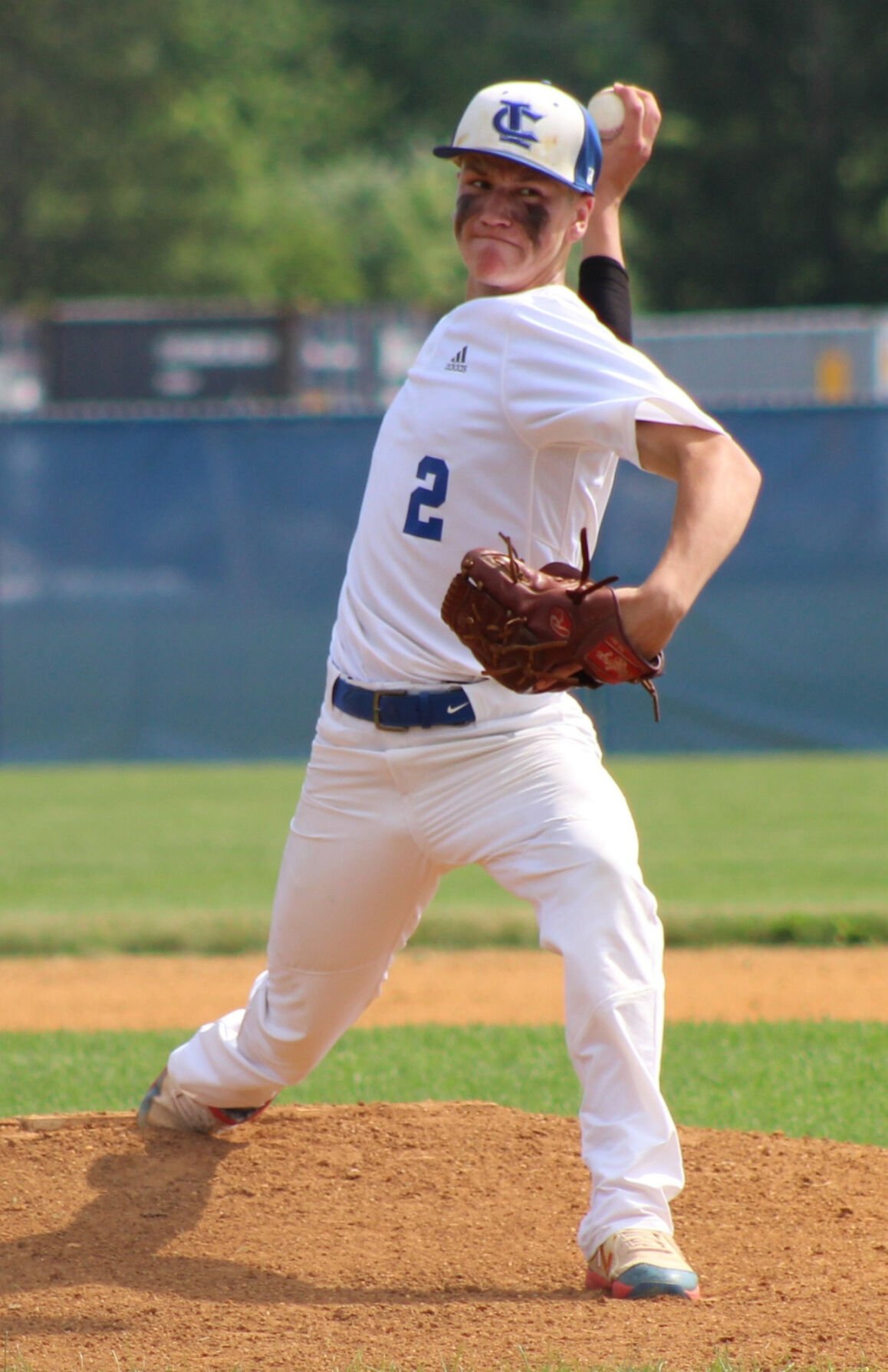 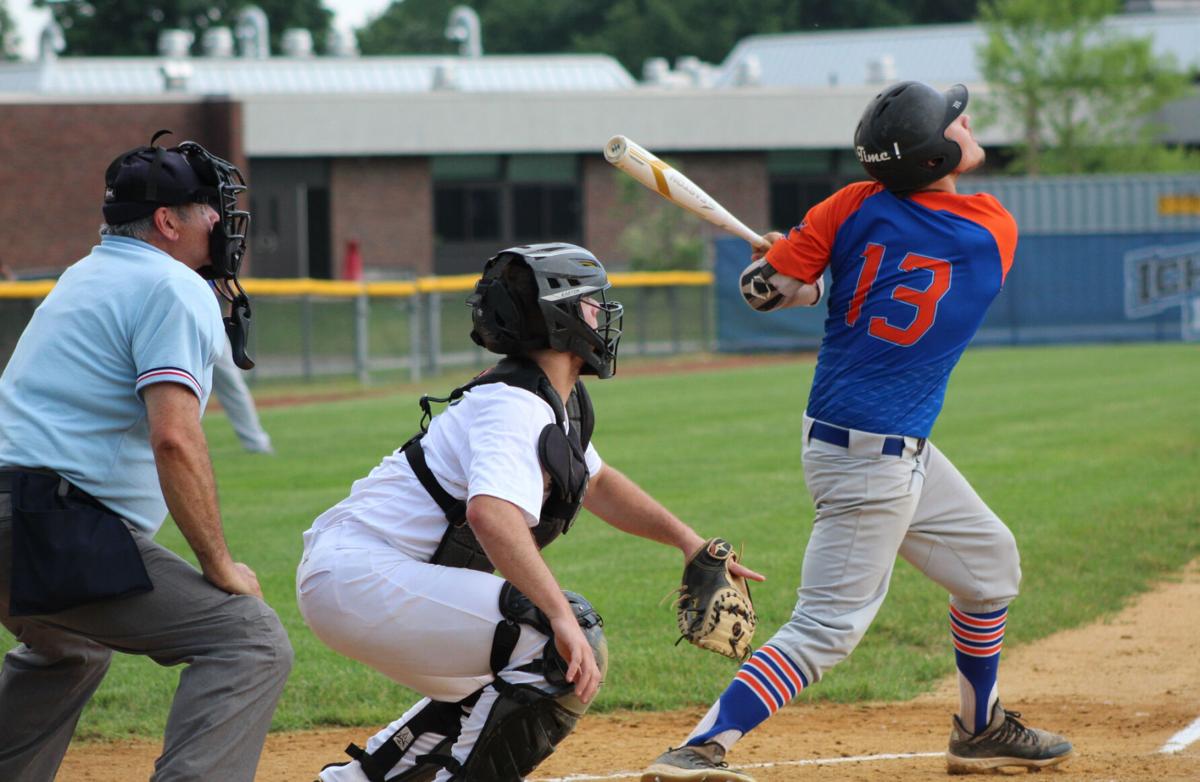 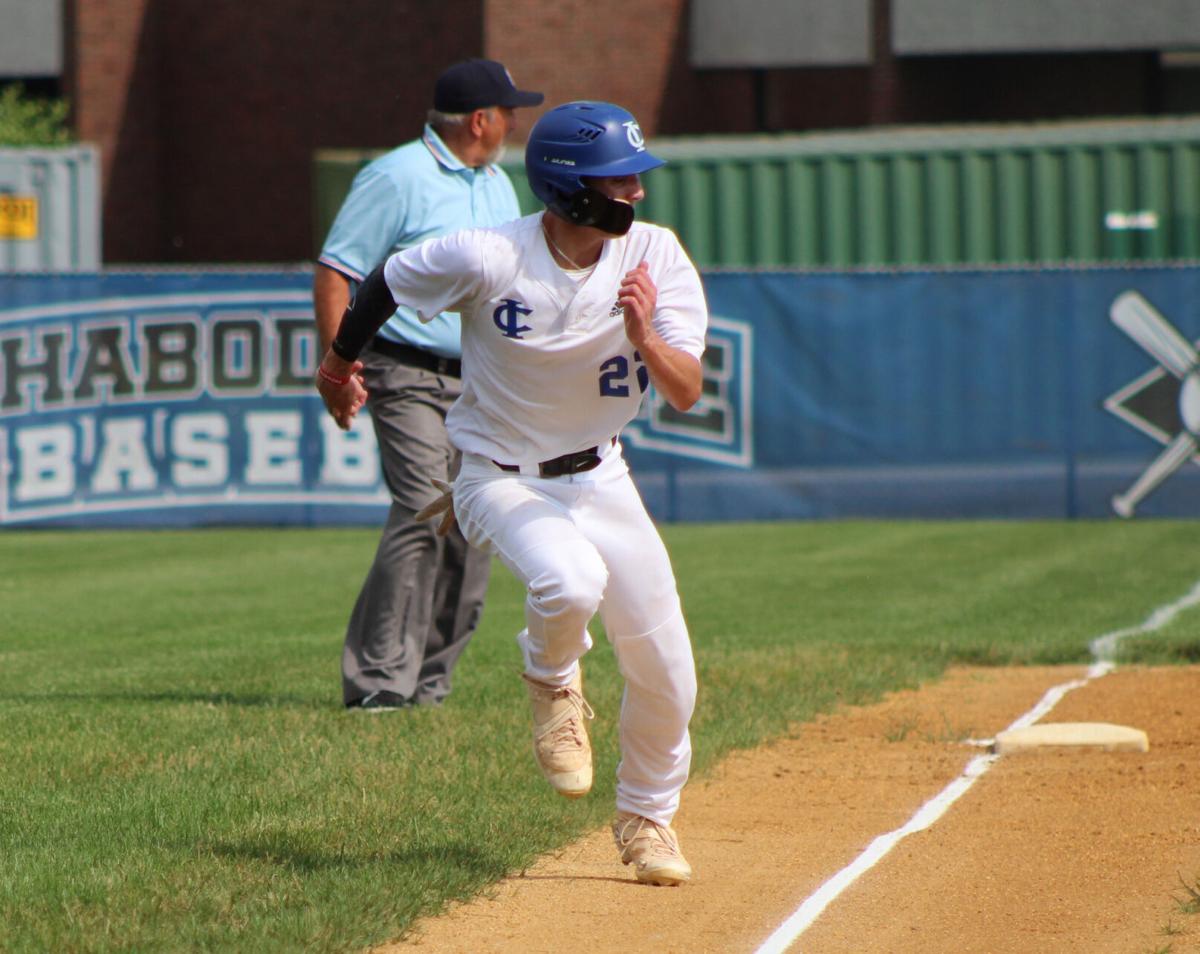 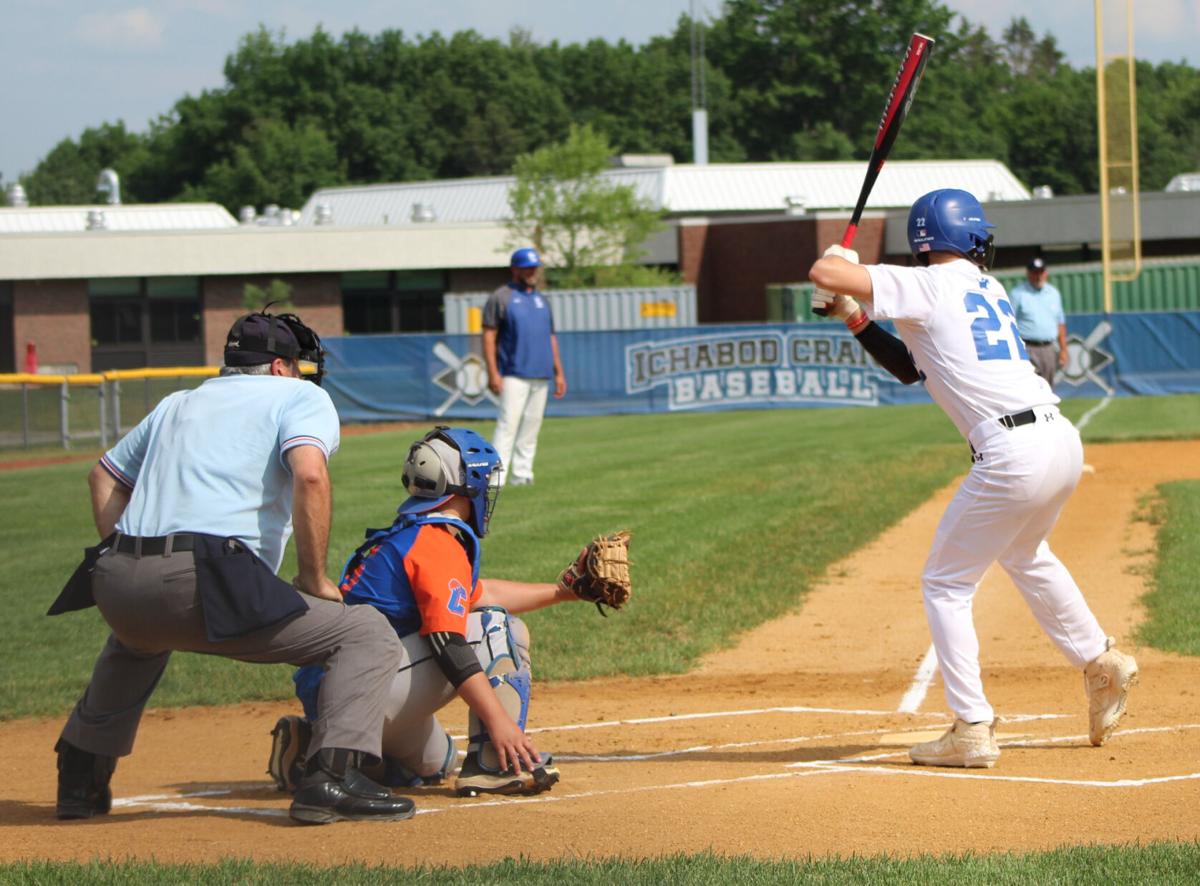 The game was originally scheduled for Tuesday but was rained out, however the make-up game on Wednesday did not escape the elements completely. The game was delayed twice on Wednesday due to some lightning and thunder in the area, but not a drop of rain touched the field.

Topher Pelesz started the game for Ichabod Crane and he delivered in a big way, pitching a shutout and driving in two runs at the plate. Catskill struggled all game to string hits together and that made it next to impossible to put runs on the board. Topher Pelesz retired the first 11 Catskill hitters in the game, and that didn’t bode well for the Cats as the game wore on.

The Riders however, did not have many problems in the batter’s box, manufacturing runs multiple ways to keep the pressure on Catskill. Justice Suafoa had a double in the first inning to score the game’s first run, bringing Nate Garafalo around to give the Riders a 1-0 lead.

Aidan Frick had a double of his own in the second, advancing to third on a wild pitch by Catskill starter Cullen Fulling. Jack Mullins worked a walk, and forced an overthrow to second base by the catcher on a delayed steal and Frick scored on the error to extend it to 2-0.

The first lightning delay came in the third inning, lasting a little more than 15 minutes and the teams were back on the field. Connor Bailey returned to first after the stoppage, and he promptly stole second base with two outs. However Dylan McCrudden struck out for the third out.

Ahead in the bottom half of the fourth, Mullins worked a one out walk and scored on an RBI double by Pelesz and the Riders led 3-0. After loading the bases, the inning ended for the Riders on a fly out to left by Bailey.

Before Ichabod Crane could even fully take the field to warm up for the fifth, the game was headed for another weather delay. After a few low rumbles of thunder, and no significant lightning anywhere near the school, play resumed. Pelesz threw two strikeouts and induced a groundout for another 1-2-3 inning and to keep the shutout alive.

Satchel Baumgartner led off the bottom of the fifth with a base hit, and was sacrificed over to 2nd thanks to a bunt from McCrudden. The Riders loaded the bases with one out after walks by Frick and Mullins, and Fulling was relieved on the mound by Cody Young.

Pelesz worked a walk with the bases loaded to score another run for the Riders to make it 4-0. After a strikeout, the Cats surrendered another bases loaded walk, this time to Suafoa and the Riders were up 5-0.

Even after back-to-back singles by Cody Young and Josh Buffa with one out in the sixth, Catskill had miscues on offense again, preventing them from plating any runs.

After no runs were scored by the Riders, Catskill was down to their final three outs as Pelesz returned to the mound again to attempt to complete the shutout. Adam Carlson struck out for the first out of the inning, Aiden Leipman worked a one out walk.

Fulling made the second out with another strikeout. Catskill loaded the bases with two outs thanks to an errant throw to first on a grounder to short, and a hit-batsman. Buffa came up with the game on the line and unfortunately for the Cats, he struck out to end the contest and give Ichabod Crane the win, and complete the shutout for Pelesz.