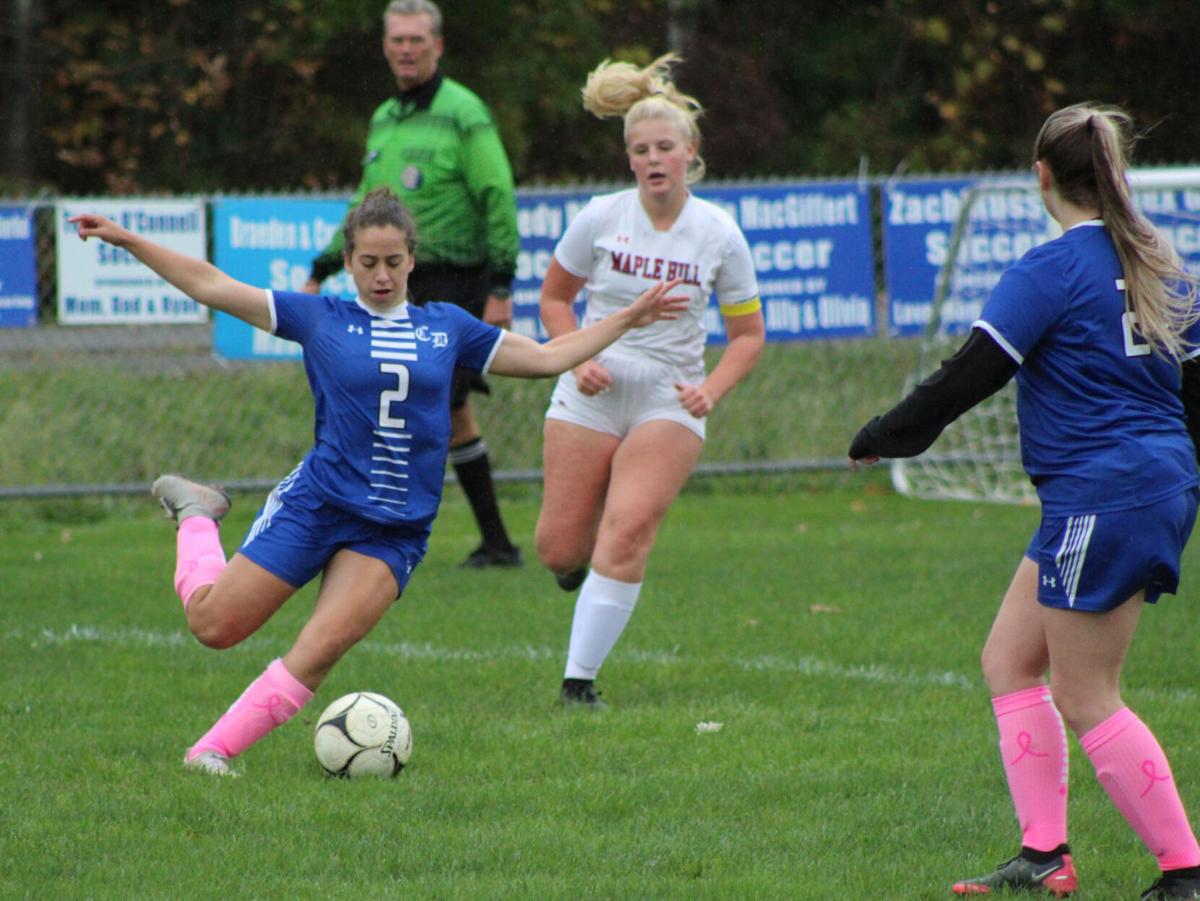 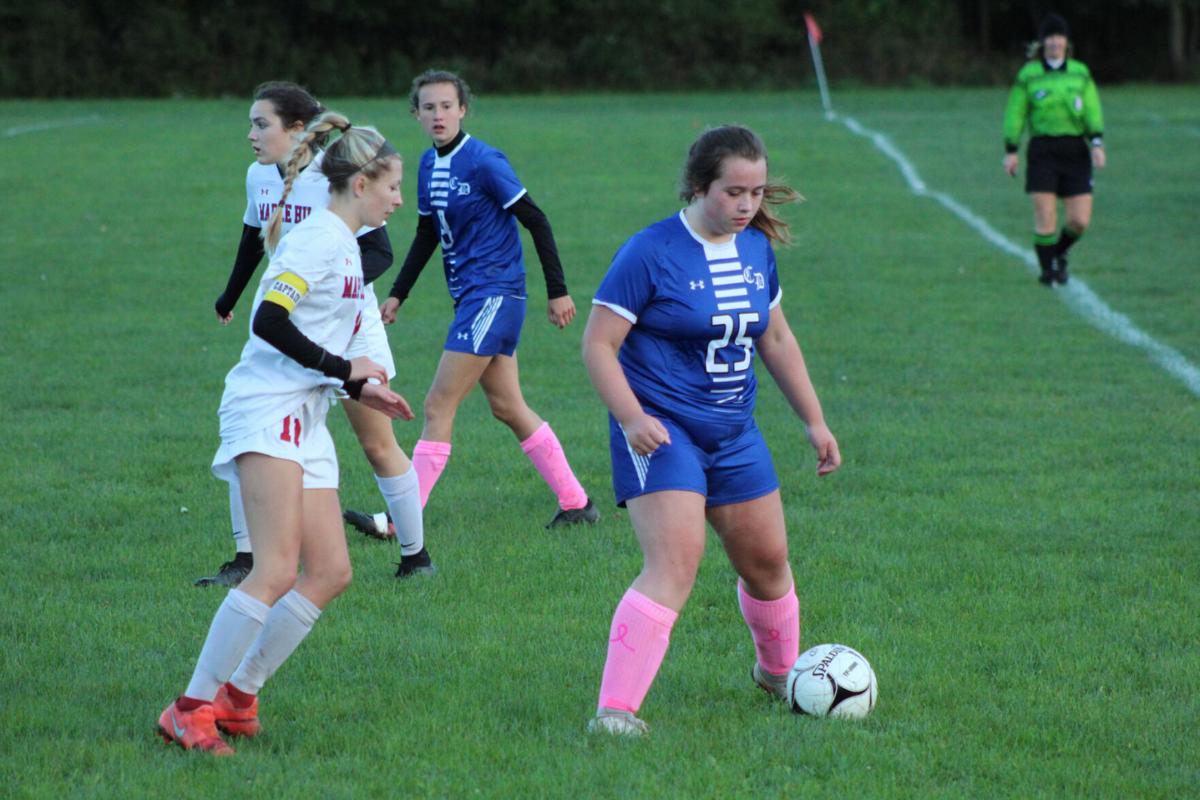 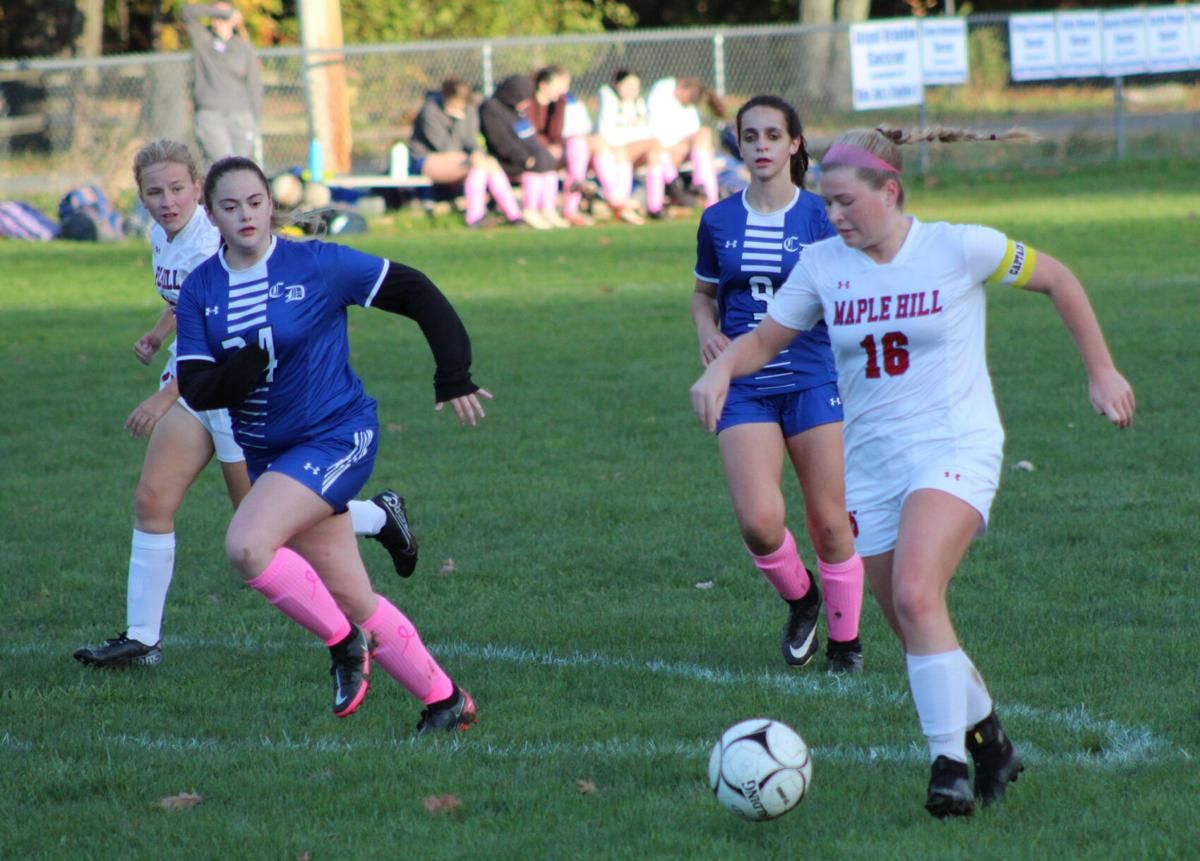 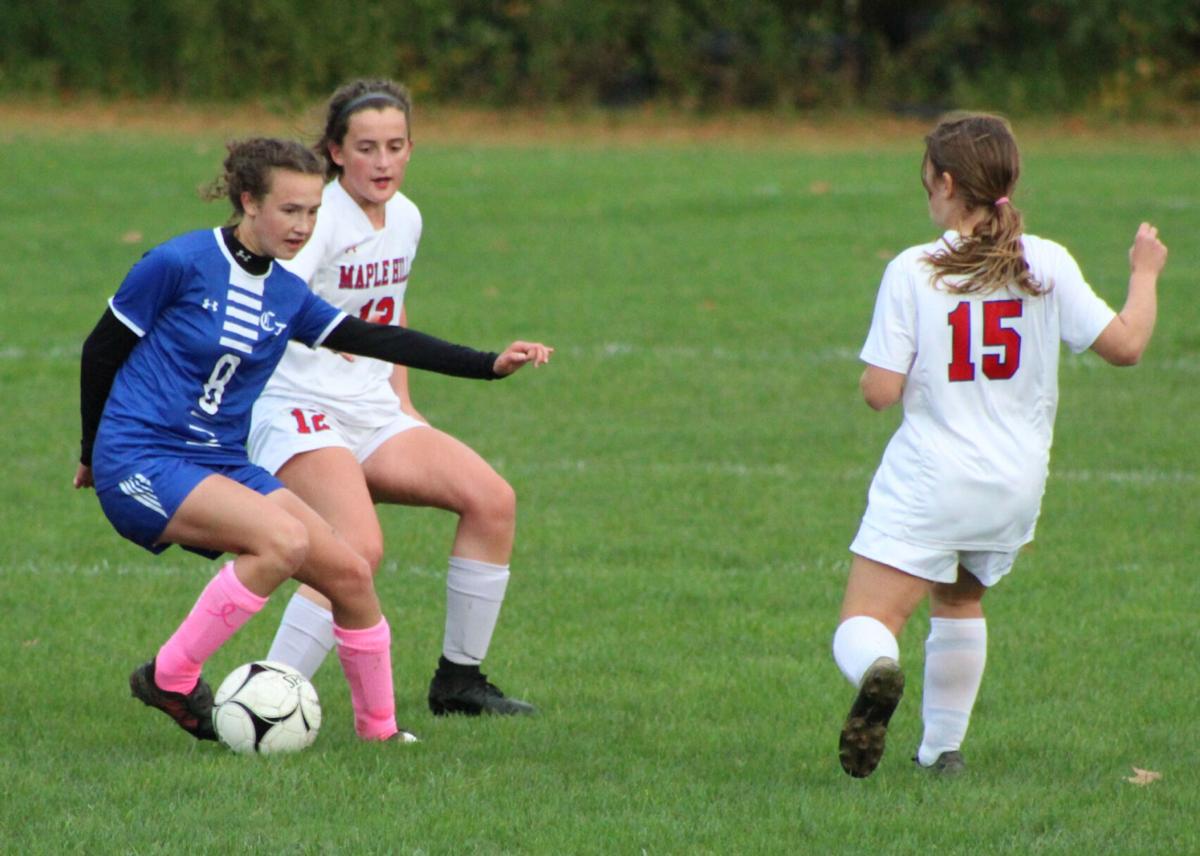 CAIRO — The Maple Hill Wildcats won a make-up game on the road Monday afternoon 3-0 over the Cairo-Durham Mustangs.

After a scoreless first half, Alayna Fletcher scored all three goals for the Wildcats for a second half hat trick.

The constant wind made it difficult for both teams to maintain possession throughout the first half. Nearly every ball that was kicked off the ground was taken by the wind and sailed out of bounds or away from its intended target area.

Once they settled the passing game down to balls on the ground, the Mustangs and the Wildcats both earned multiple opportunities inside the box. As business picked up on offense, the goalkeepers now had to outdo one another.

Maple Hill’s Abby Szklenka picked a number of balls out of the air as they crossed into the box. On Cairo-Durham’s side Noelle Amoroso made a number of saves on shot attempts and free kicks as well coming from the Wildcats.

Amoroso had a lot of help in the first half from defenders Kyra Byrne and Danna Saad who both cleared a ton of passes and shots out of the box to save the Mustangs. By halftime the game was still scoreless with the wind still whipping around the field.

Opening the second half, both teams stayed aggressive on offense despite the weather factor. Fletcher booted a shot on goal for Maple Hill that deflected out for a corner, but the Wildcats were unsuccessful on the second chance.

Fletcher seized another opportunity off of a steal though and put the ball in the back of the net to give the Wildcats a 1-0 lead about eight minutes into the second half.

Just six minutes later, Fletcher looped a free kick into the far side of the goal for her second score of the afternoon, putting Maple Hill up 2-0 with under 26:00 left in regulation.

After another six minutes were off the clock, Fletcher scored a third goal to give herself the hat trick at the midway point of the second half, and widen the lead to 3-0 for Maple Hill.

The Mustangs tried on multiple possessions to build some sort of offense over the final 20 minutes, but the Wildcats stayed sharp on defense. They also stayed on the attack once they regained control of the ball, and still pressured the Mustangs at the other end to burn time off the clock.

Cairo-Durham’s final chance to avoid the shutout came with a few minutes left on a breakaway. Szklenka got aggressive and tried to block a shot attempt before the attacker even reached the box. The striker got by her but did not fire a shot off cleanly and it rolled past the line for a goal kick.

The Wildcats stayed with their strategy and hustled to the very end to run the clock out and secure the win 3-0 over the Mustangs as they prepare for the sectional tournament later this week.