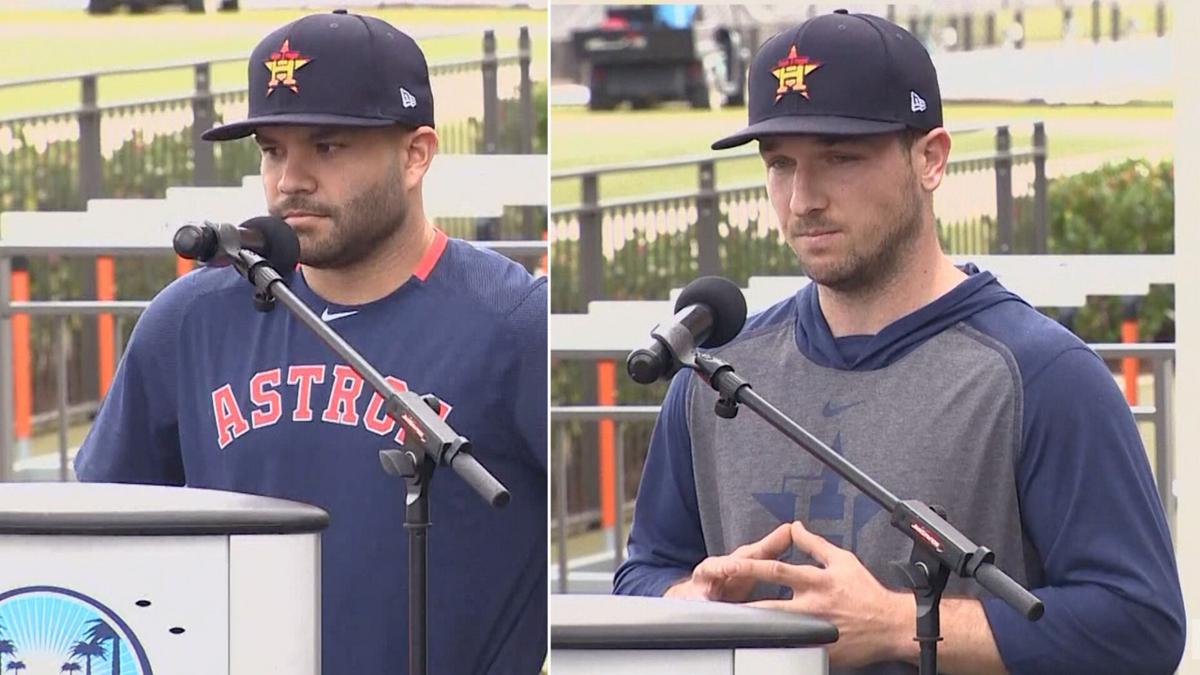 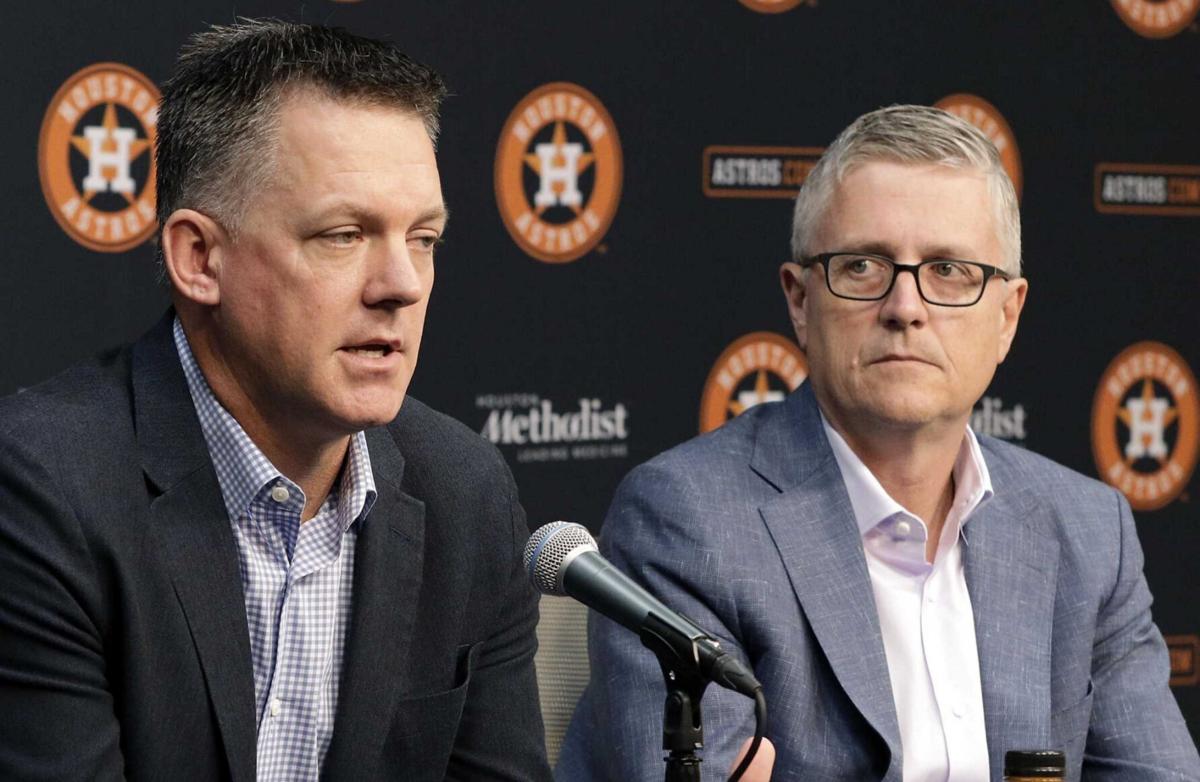 If anyone remotely associated with Major League Baseball were to share the following opinion publicly, they would be asked to resign immediately, get labeled as a conspiracy theorist, and be blacklisted from further employment opportunities with MLB. Luckily for you, I have no such association and will do the speculating for you.

All of the implications and fallout from the Astros’ sign-stealing scandal, arguably the biggest scandal in baseball history, reeks of a cover-up by the higher ranking officials in Major League Baseball and the commissioner Rob Manfred.

The biggest problem with this claim, is that I do not have any actual proof, however rarely does any conspiracy theory have evidence beyond circumstantial, supplemented with a cynical spin in the interpretation of said circumstances.

But the absence of a vertebrae in the eyes of the public that Manfred has displayed, has left me, as well as many others, no choice but to speculate and have tons of reasonable doubts. So please stick with me.

In order to conduct interviews about the cheating scandal, concocted by Astros players and coaches to steal the pitching signs through the use of video and relay them to the batter in real time, the players were granted immunity from any type of punishment whatsoever, before they were to ever step foot into the office to be questioned.

This was found out later to have been a demand by the MLB Players’ Association, and not an original, brilliant idea that the commissioner supposedly had to elicit truthful testimony.

The investigation went on for almost over two months, and then MLB had reached a decision by mid-January of this year. Though in their investigation, the scandal was labeled as “player-driven,” because of this immunity agreement, no player could be disciplined, and others took the fall. Astros’ manager AJ Hinch and general manager Jeff Luhnow were the first scapegoats, getting suspended for a year each, and subsequently fired by Astros owner Jim Crane.

This stands as the only discipline dealt in this scandal thus far, and Manfred maintains that it was a result of these two men, failing to notify players of a memo the commissioner sent out in September 2017 in an attempt to curb these actions, which continued through the Astros’ championship run, and not have to worry about it. Well, MLB painted themselves into a corner with this, as the cheating did continue, and resulted in a World Series title for the Houston Astros.

This act of the 2017 memo being sent, in and of itself, is a strong indication of Major League Baseball’s original intent of sweeping this scandal under the rug if the systematic cheating would have stopped afterward; we now know for a fact that it did not.

But the memo itself seemed to be some sort of warning, saying that the MLB had heard things about stealing coded signs using comprehensive methods that involved illegal use of video by teams during games, and sounded, in retrospect, that MLB had zero intentions of following up if they had heard nothing more beyond that point in time.

This leads me to have doubts about what the immunity agreement led to, when it came to interviewing players and coaches during this winter’s investigation.

With the 2017 memo, MLB presumably had enough information to call for the investigation then, but chose not to, and only issued a widespread statement for whatever was going on, to stop.

The investigation that concluded in January, found that the cheating system went on in 2018 as well, following its championship success the previous year. Where all of this gets interesting, is the walk-off homerun that José Altuve hit off of Aroldis Chapman in ALCS Game 6 of 2019, which sent the Astros to their 2nd World Series in three years.

The video clearly shows Altuve clutching his jersey closed at his chest as he rounds third base, and screams to his teammates waiting at home, “Don’t rip my jersey off.” The point here that a lot of people have made is that although the investigation “found that the Astros’ cheating did not go on into 2019,” they have set themselves up for a majority believing that it did, and they just did it differently.

Some have alleged that the players moved on from banging a trash can, their 2017 method, to batters wearing electronic buzzers on their bats or their bodies, so the guys in the dugout hallway watching the camera feed, could more easily relay the stolen sign without having to rely on the batter hearing the banging on the trash can. This only amplifies suspicions when you factor in the aforementioned video of Altuve holding his jersey closed so tightly.

Reporter Ken Rosenthal actually asked José Altuve, minutes later in the immediate post-game interview after he hit the homerun, “why didn’t you want the jersey taken off?” Altuve sheepishly answered that he didn’t want to get in trouble with his wife, who apparently got jealous multiple times prior, when he’d get his jersey ripped off.

Hold on. You just hit a game-winning homerun, off arguably the best closer in Major League Baseball, to send your team to the World Series, and you’re worried about a little argument with your wife about your shirt being ripped, and slight parts of your body being exposed? I’m calling hogwash on that excuse.

If you pause the video at precisely the right moment as Altuve rounds third base, you can actually see a band-aid or a small piece of tape on his chest as his jersey flaps open prior to him clutching it.

If you’re still with me, here’s where the conspiracy picks up. Remember the immunity agreement that was granted to the players in exchange for interviews? That sounds like a perfect chance for a cover-up, and for MLB to sweep the bigger story under the rug, after they failed to do it in 2017 with the memorandum that the Astros either completely ignored. The immunity is obviously contingent upon the players being truthful and forthcoming in the conversations with MLB.

Here’s what I think happened: I’ll give the players the benefit of the doubt and say I believe they did give open and honest accounts behind the closed doors of the investigation. With the threat of punishment out the window, they supposedly had no reason to hide anything.

However, it also gave Major League Baseball an out, if they offered to squash any and all questions about the buzzers in 2019 if the Astros players came clean to them in the meetings.

Commissioner Manfred said that he addressed these speculations about the Astros’ use of buzzers in 2019 in the investigation. Back in 1989, Pete Rose was banned from MLB for life, after denying that he had ever gambled on baseball games.

This was preceded by a meeting Rose had with MLB executives, where they essentially told him that they had the bank records and the proof, and to just not answer questions about it, and he probably would not get such a harsh penalty. Rose left the meeting, and when he was questioned by the media, he immediately folded on the agreement, and denied ever doing it.

Major League Baseball then released their proof, and imposed the lifetime ban. I believe that inverse happened in the Astros’ case. MLB had the immunity deal put in place, got the information they needed to confirm the 2017-18 scandal, presented the revelations about the buzzers in 2019, and agreed to deny their existence when the Astros admitted to the buzzers being utilized.

The reason I cling so tightly to this, is the complete lack of contrition and remorse that the Astros players are showing in the wake of this bombshell investigation.

The cockamamie press conference at their spring training facility when Alex Bregman and Jose Altuve said two sentences each while playing the victim card, not taking any responsibility for their despicable actions, when they’ve been the first ones to trash talk fans on Twitter and at the ballpark the last three to five seasons.

Their shortstop Carlos Correa even spoke out in an interview, condescendingly denying that they had not used the elaborate scheme in the playoffs, when the investigation was already published and found out that they did. Logically, it makes sense to me. Major League Baseball attempted to stop the cheating in September 2017 with the memo, and not have to deal with it.

By doing that, they have caused it to leave an even bigger black eye on the sport’s integrity as a whole, and they have soured the one-on-one nature of baseball, which helps make it stand out among the others.

Managing COPD During the COVID-19 Pandemic