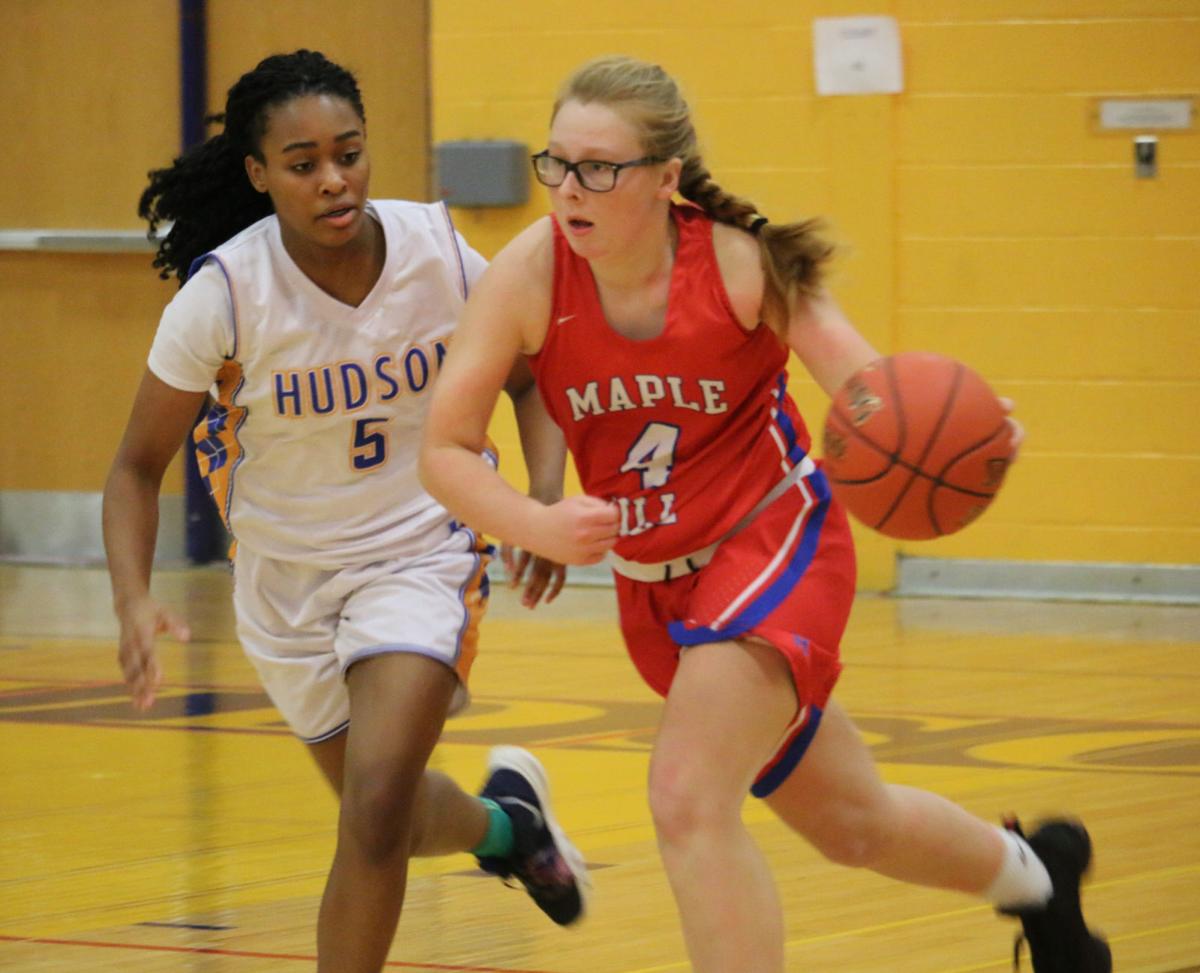 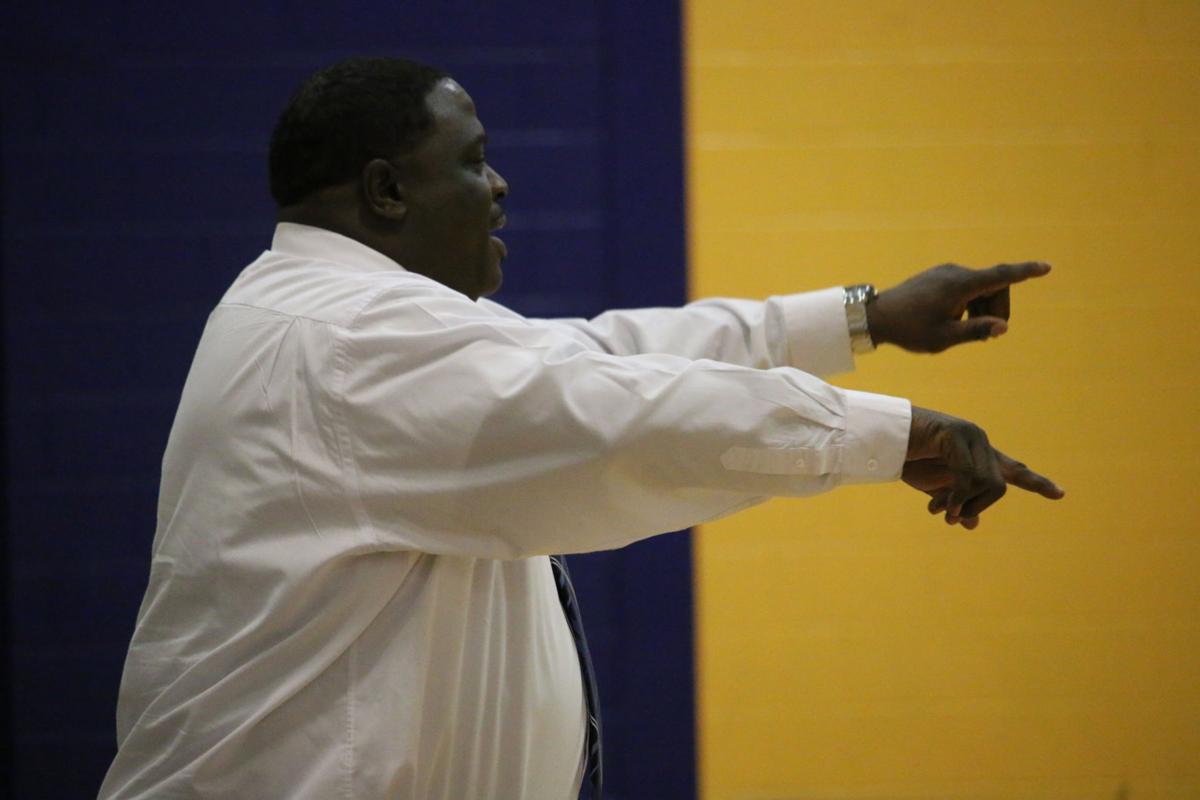 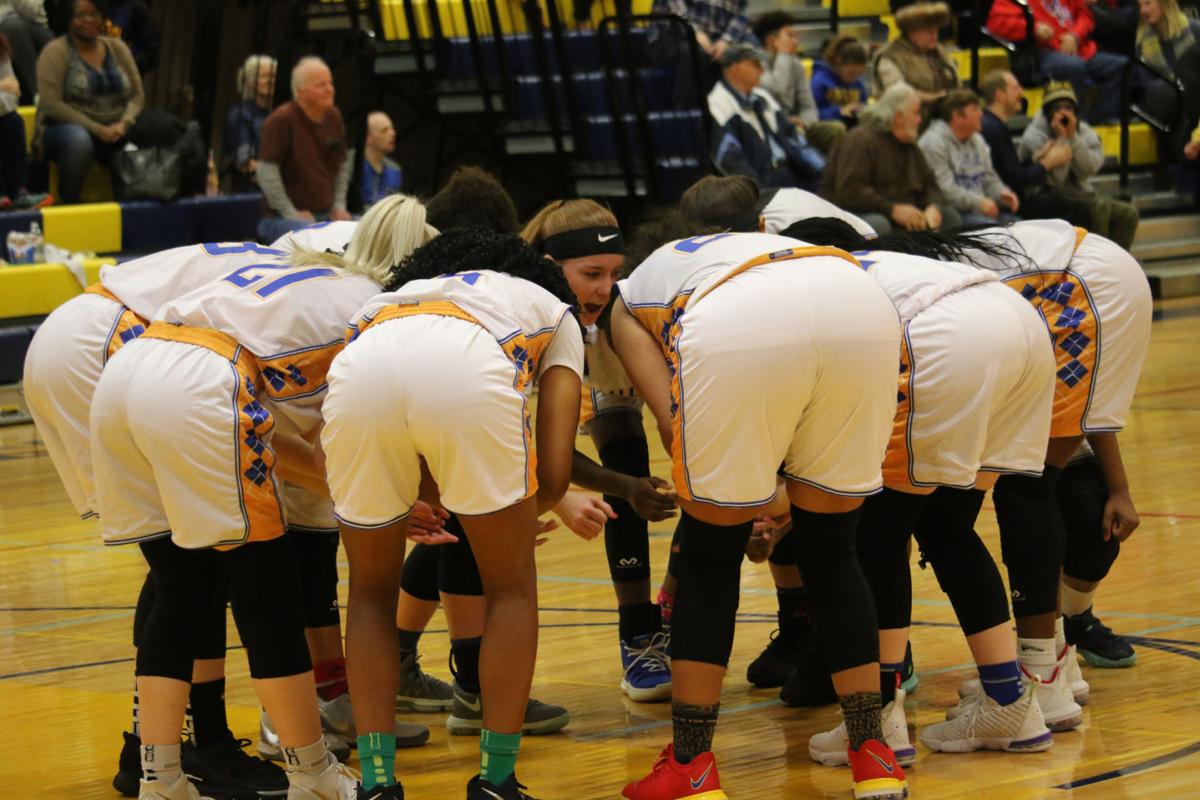 Matt Fortunato/Columbia-Greene Media The Hudson girls basketball team gets psyched up prior to the start of Friday's Patroon Conference showdown with Maple Hill. 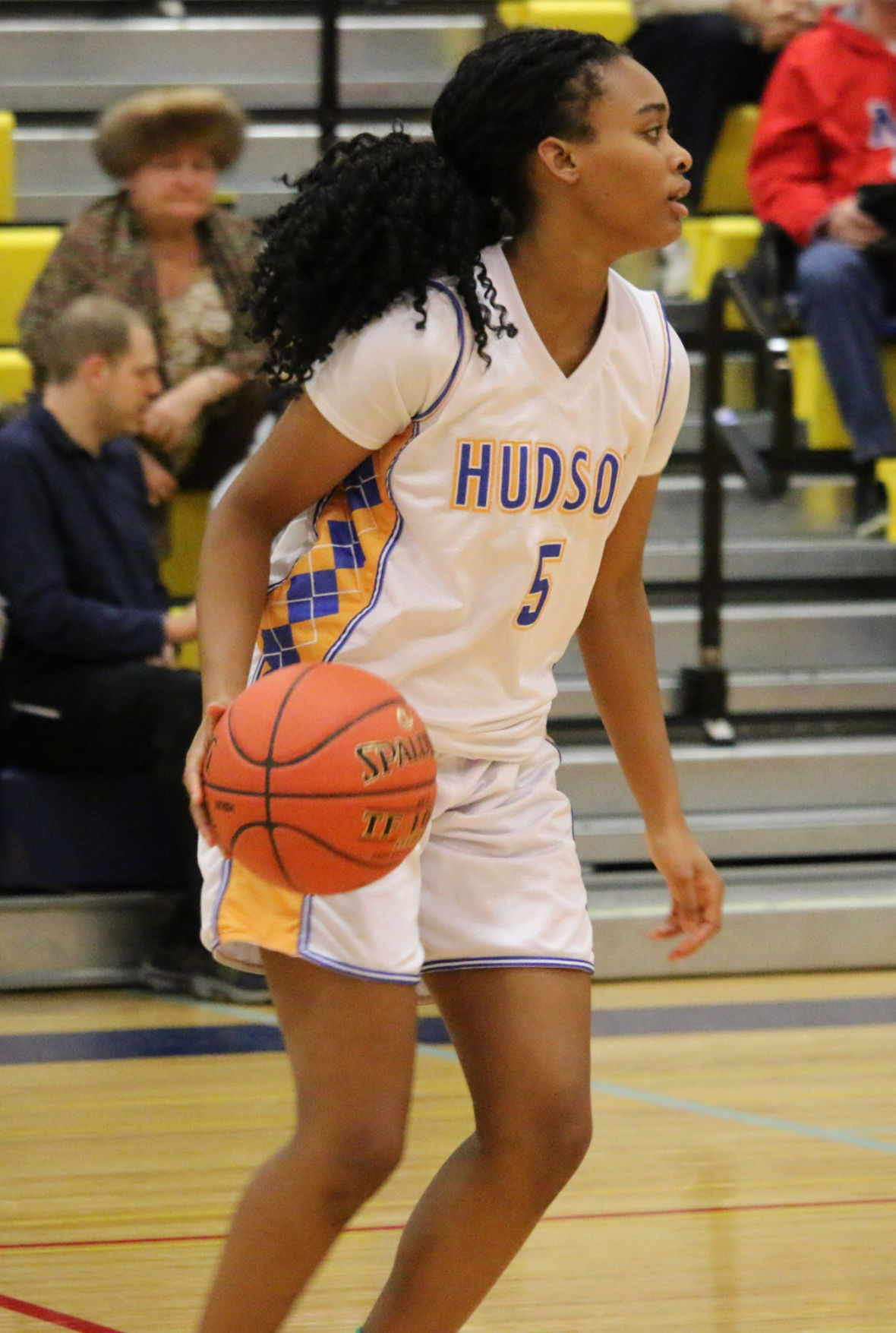 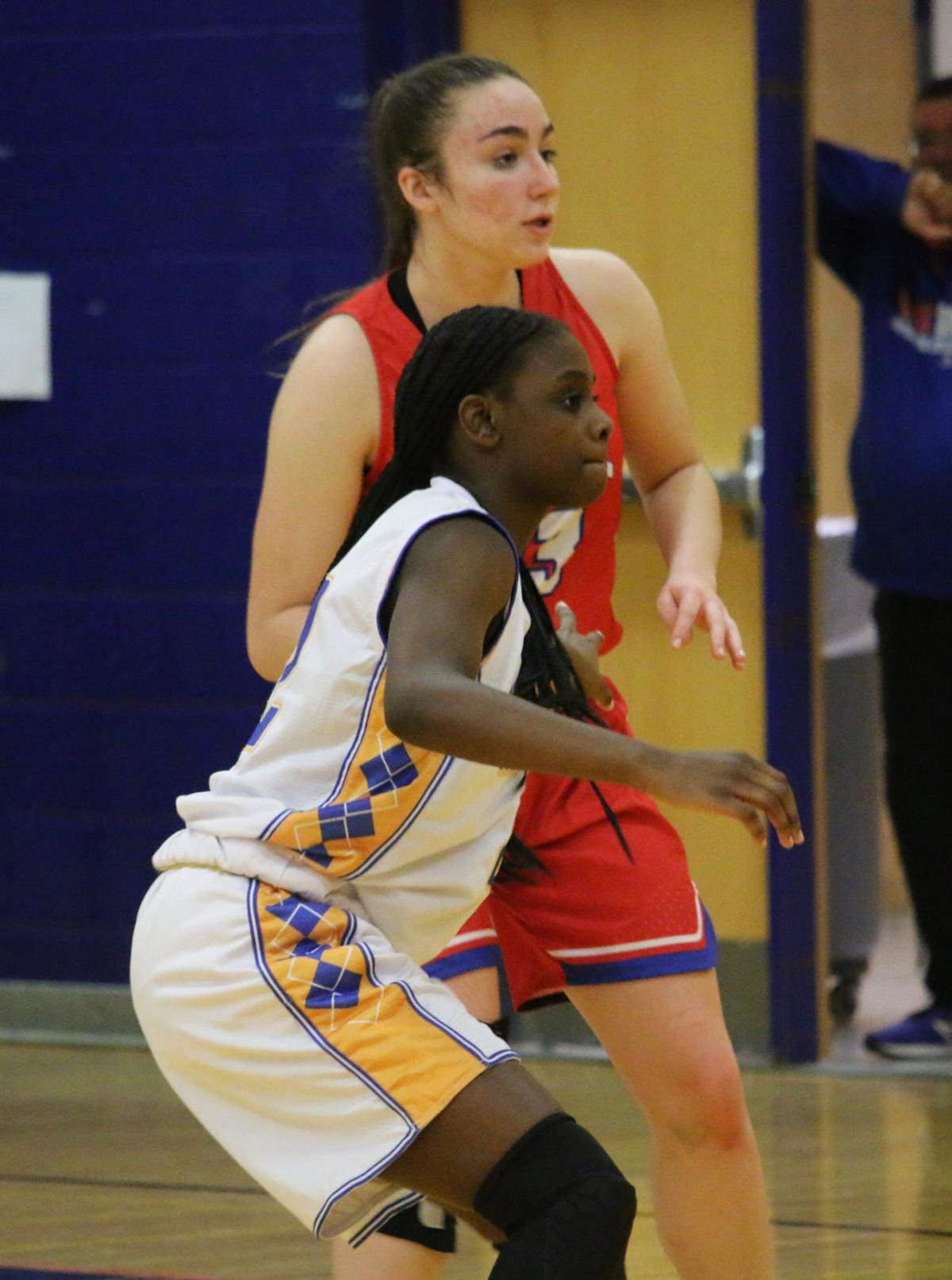 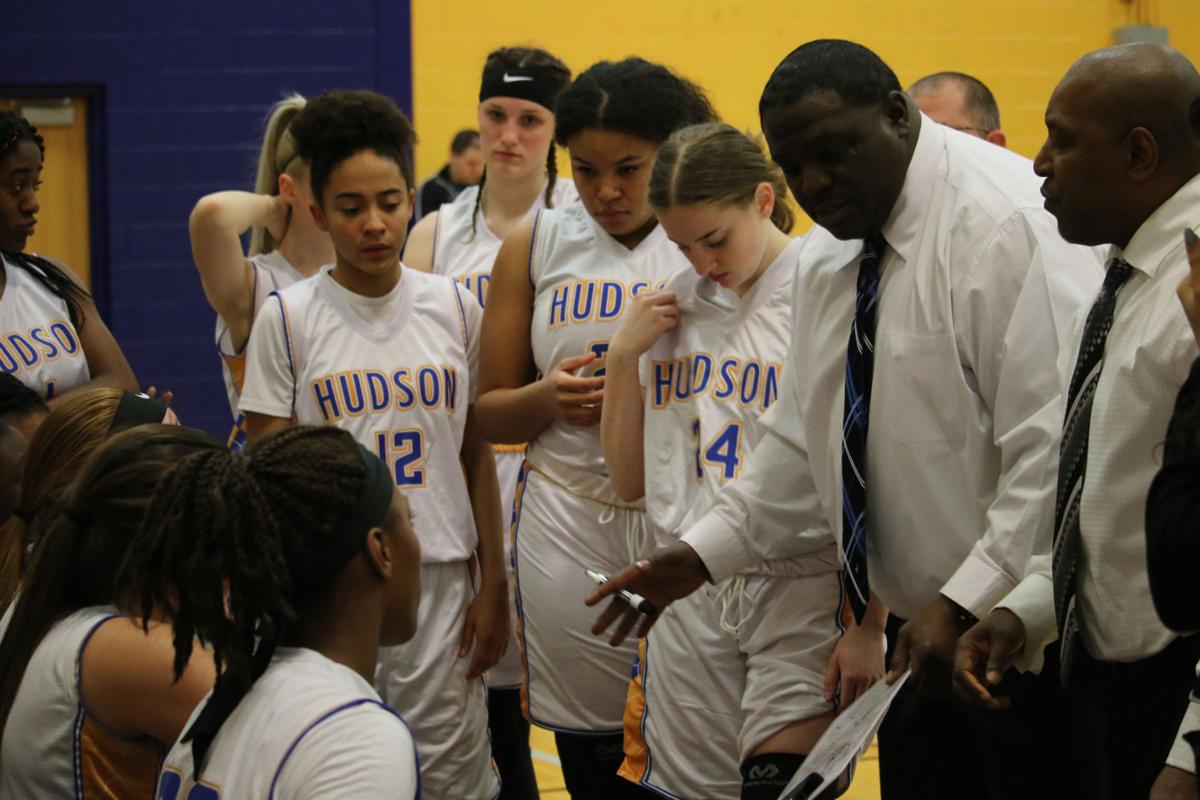 Matt Fortunato/Columbia-Greene Media The Hudson girls basketball team gets psyched up prior to the start of Friday's Patroon Conference showdown with Maple Hill.

HUDSON — The Lady Wildcats from Maple Hill visited the Lady Bluehawks in Hudson on Friday night in a battle for supremacy in the Patroon Conference.

Maple Hill left with the 49-37 victory, solidifying their top spot in the standings, as Hudson suffers their first conference loss on the year.

Hudson’s Deja Beauford had the highest point total on the night with 17, but Natasha Strock of Maple Hill was close behind with 14.

Both teams played extremely tough defense from the opening tip, but they each took advantage of the opportunities they did have early on.

Hudson hit a clutch three-pointer at the end of the first quarter to pull within a point and was trailing 16-15 going into the second.

Though the Bluehawks maintained their intensity in the second period, they failed on multiple occasions to score points on the other end.

The Wildcats were matching Hudson’s energy on every possession and managed to score off of turnovers, while the Bluehawks could not return the favor.

Beauford continued to dive for the ball and land awkwardly on multiple plays in the first half, but willed her team to stay in the fight as she battled through the pain and frustration. She hit a layup and converted the foul shot to close out the first half to narrow Maple Hill’s lead to 24-22 as they went into the break.

Both squads opened the third period with the same vigor on defense as they displayed in the first half, and still played aggressively.

But again, the Wildcats scored on the few chances they were afforded and Hudson was losing their ability to hold onto the ball and slow things down.

The third ended with Maple Hill still only up by three points, 38-35, and the Bluehawks needed a big fourth quarter to get a lead.

In the first three minutes of the 4th Hudson’s defense caused multiple turnovers, allotting them more shot attempts. The Wildcats remained vigilant though, and would transition to playing defense almost effortlessly after their mistakes.

The Bluehawks got another steal and missed a wide open layup in the paint. This sabotaged all of their effort and extra possession time that they earned by playing such good defense.

Coach Brice Ivery called a timeout immediately to try and redirect this frustration into something positive, but it was too late. The missed layup served as a gut punch to the Bluehawks’ efforts and they were all but finished.

Before they could blink, Maple Hill was up by 10 points with 22 seconds left in the game and Hudson was about to lose their first conference game on the season.

After two more free throws, the Wildcats were leading 49-37 and they dribbled out the clock after a last shot was missed by the Bluehawks. Maple Hill remains undefeated after the win and improves to 7-o in the Patroon and 9-0 overall, while Hudson falls to 6-1.