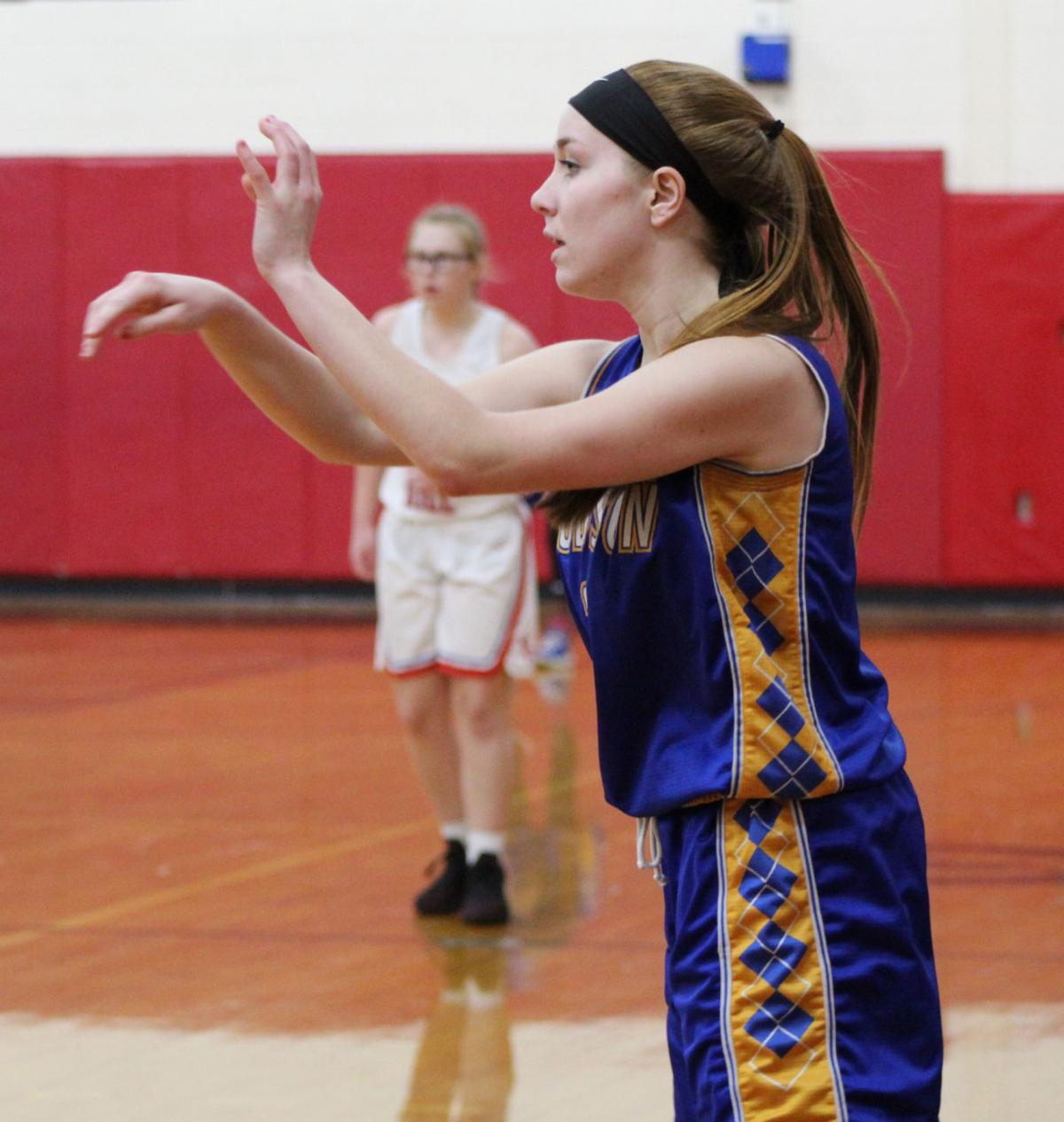 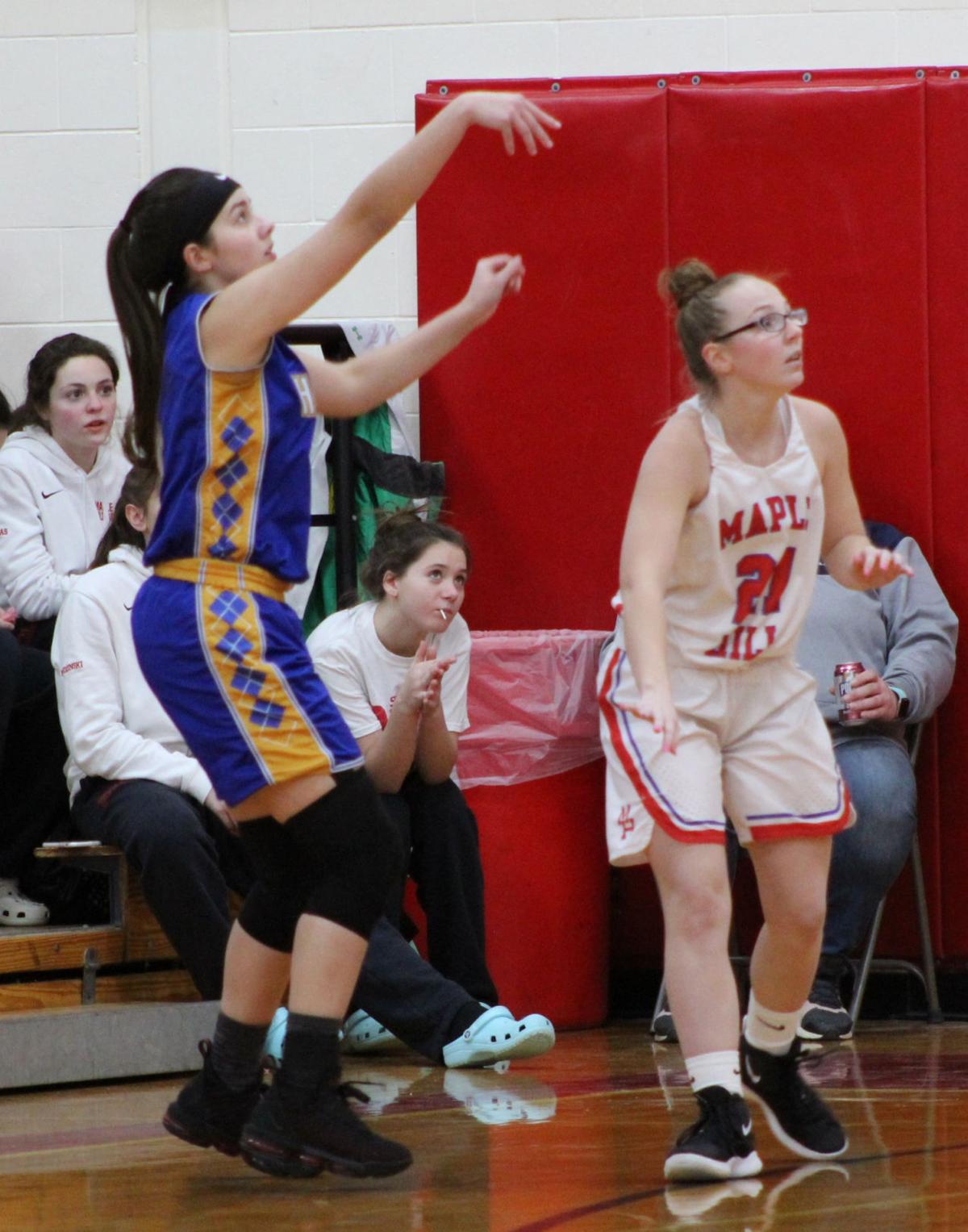 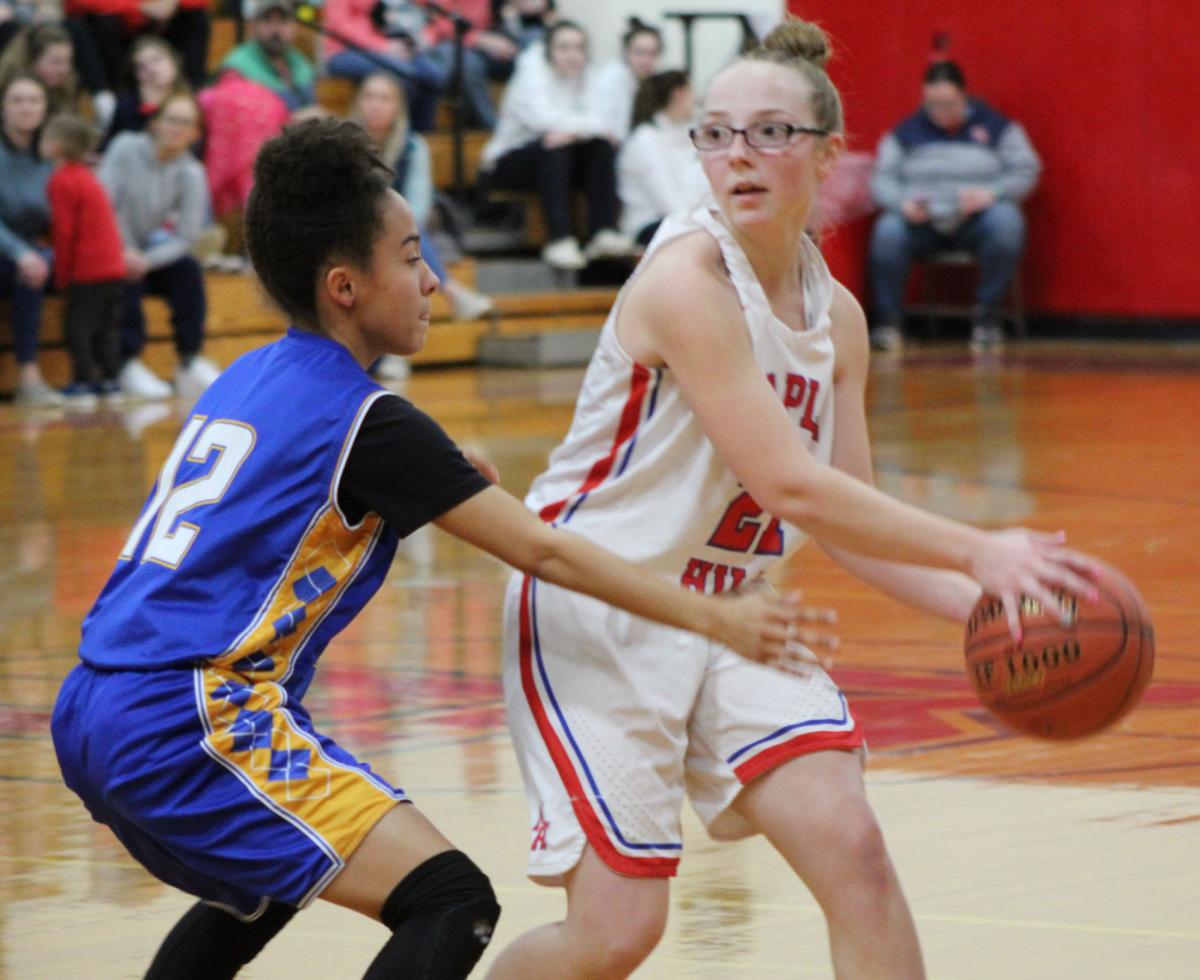 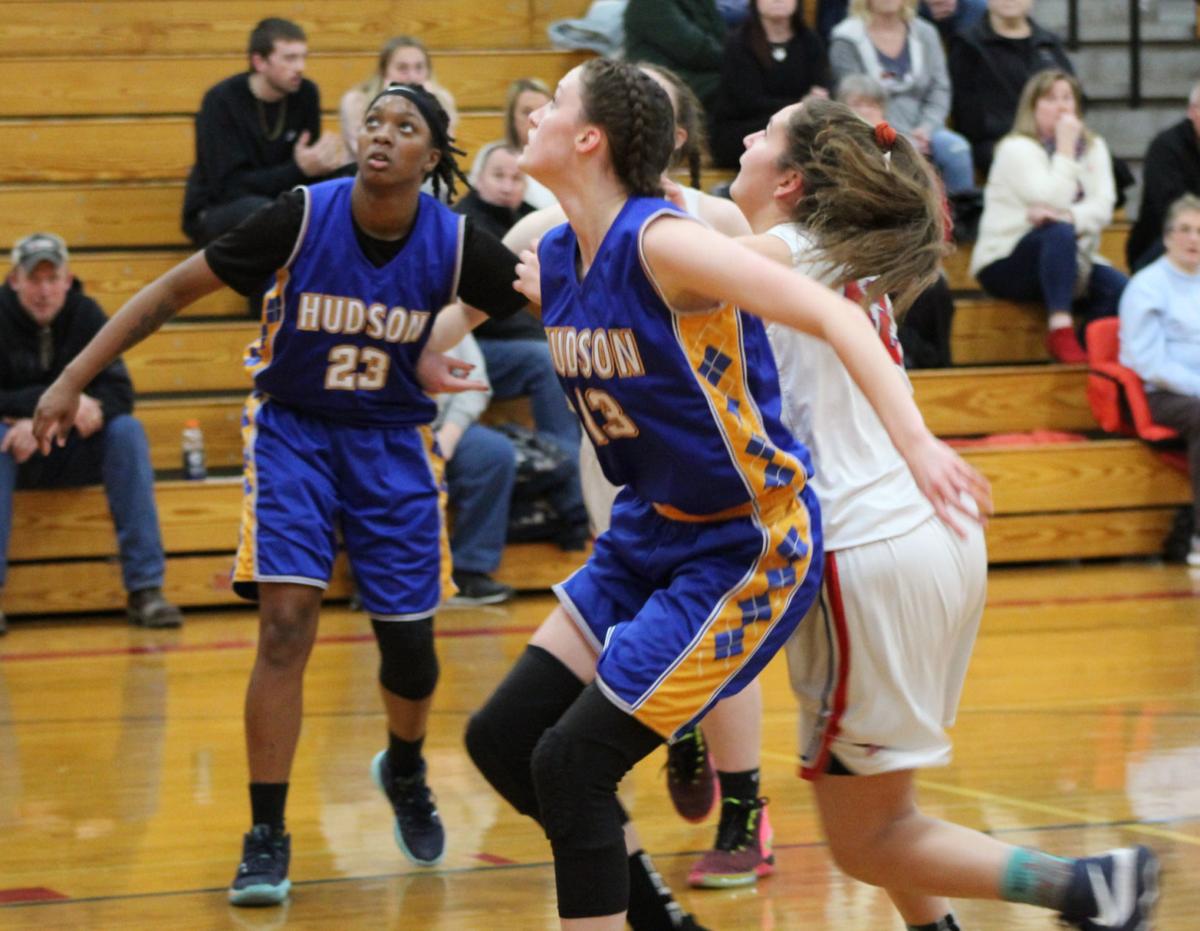 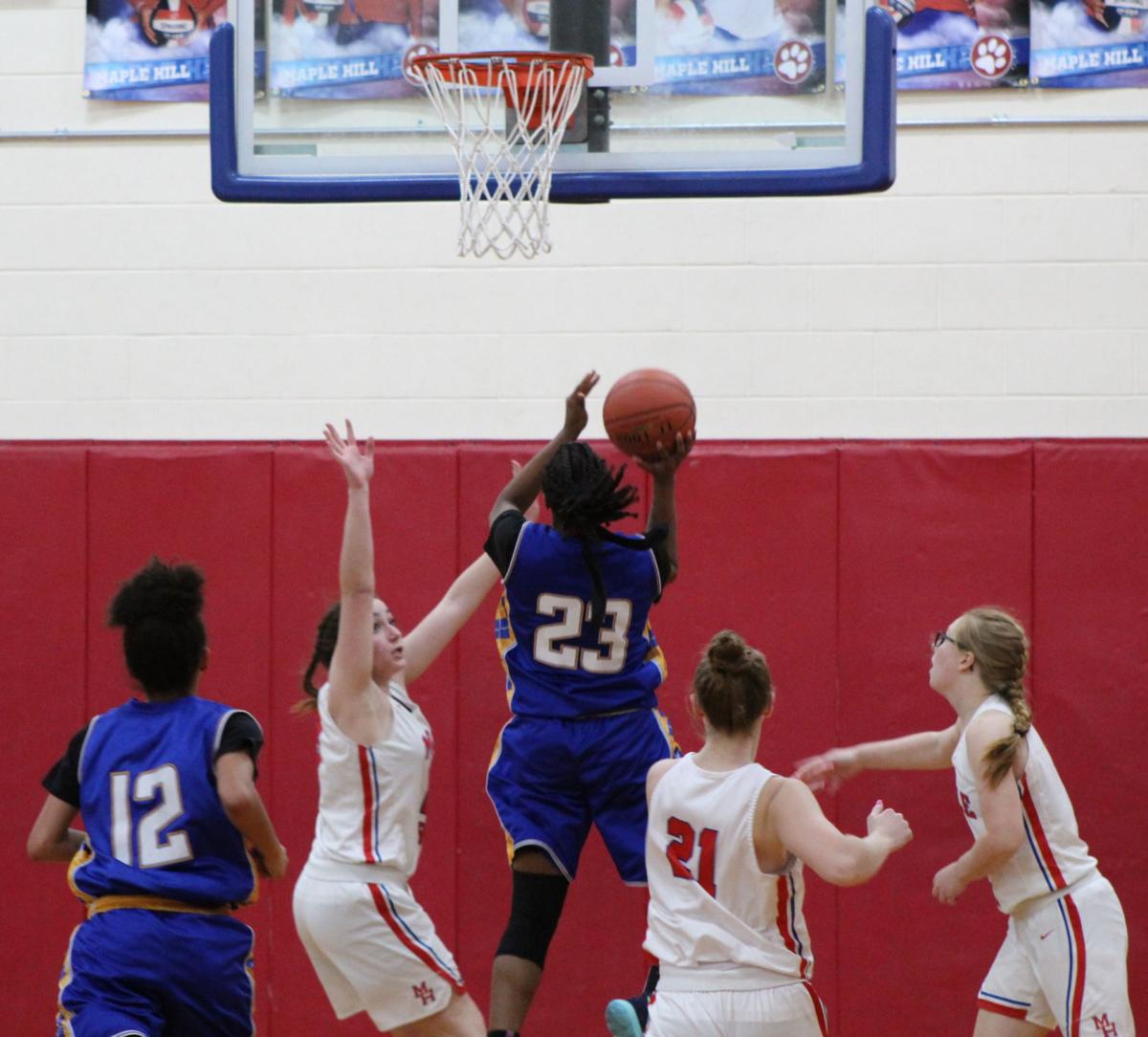 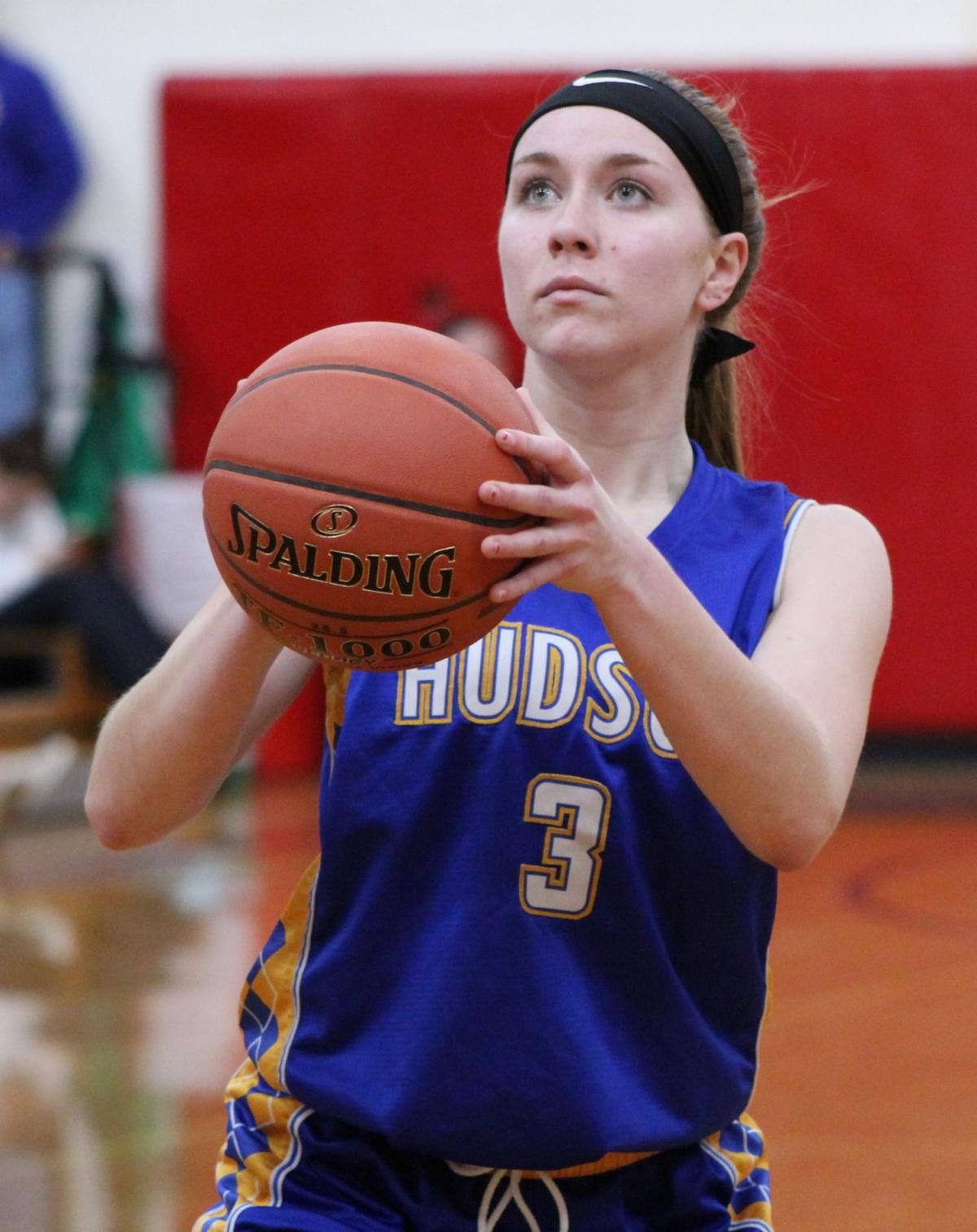 CASTLETON — The Maple Hill Wildcats clinched the Patroon Conference title at home Friday night, thanks to a win on Senior Night against the Hudson Bluehawks, 51-39.

Hudson’s Deja Beauford was the night’s leading scorer with 14, but it was Maple Hill’s balanced attack that proved victorious.

After two dominant performances early in the week for the Bluehawks, Abby Jepsen was stifled as the Wildcat defense held her to just three points.

The Wildcats played with intensity from the opening tip, and went on a 7-0 run to start the contest. Though they seemed a class above Hudson in the first two minutes, Maple Hill was showing signs of big game jitters early with erratic passes and skittish ball movement.

The Bluehawks settled down further into the first period, and McKenna Krager knocked down a three-point shot to tie the game at 10 with just over a minute left. Both teams traded blocked shots on their last possessions of the quarter, and it remained 10-10.

Stingy defense continued in the second quarter, as Maple Hill broke through and hit a three pointer midway through. Hudson was doing just enough to stay within a couple baskets, but they were down 23-19 by the time the first half was over.

The game started to get more physical in the following period, when the teams came out after halftime. Beauford had a textbook crossover that sent her opponent to the ground, but the referee decided there was contact and called her for the offensive foul.

Brice Ivery was thoroughly agitated, and so was the Bluehawk bench. Down by 11 with under two minutes left in the third, Hudson managed to score a few points to end the period, but still trailed, 37-29.

The fourth began and Hudson just looked winded and was losing their competitive edge quickly. The final quarter started with probably five or six straight possessions for Maple Hill, because Hudson refused to box out for rebounds properly and kept giving the Wildcats free chances for points.

Because of their lack of awareness in the paint, the Bluehawks were suddenly down by 15 with only three minutes on the clock. With more missed calls by the officials, Hudson could barely get shots off and even get to the free throw line while they were continuously hacked on the arms and even the head with no fouls being assessed.

This took away what little wind the Bluehawks had left in their lungs, and the Maple Hill Wildcats won the Patroon Conference and remained undefeated on the season.