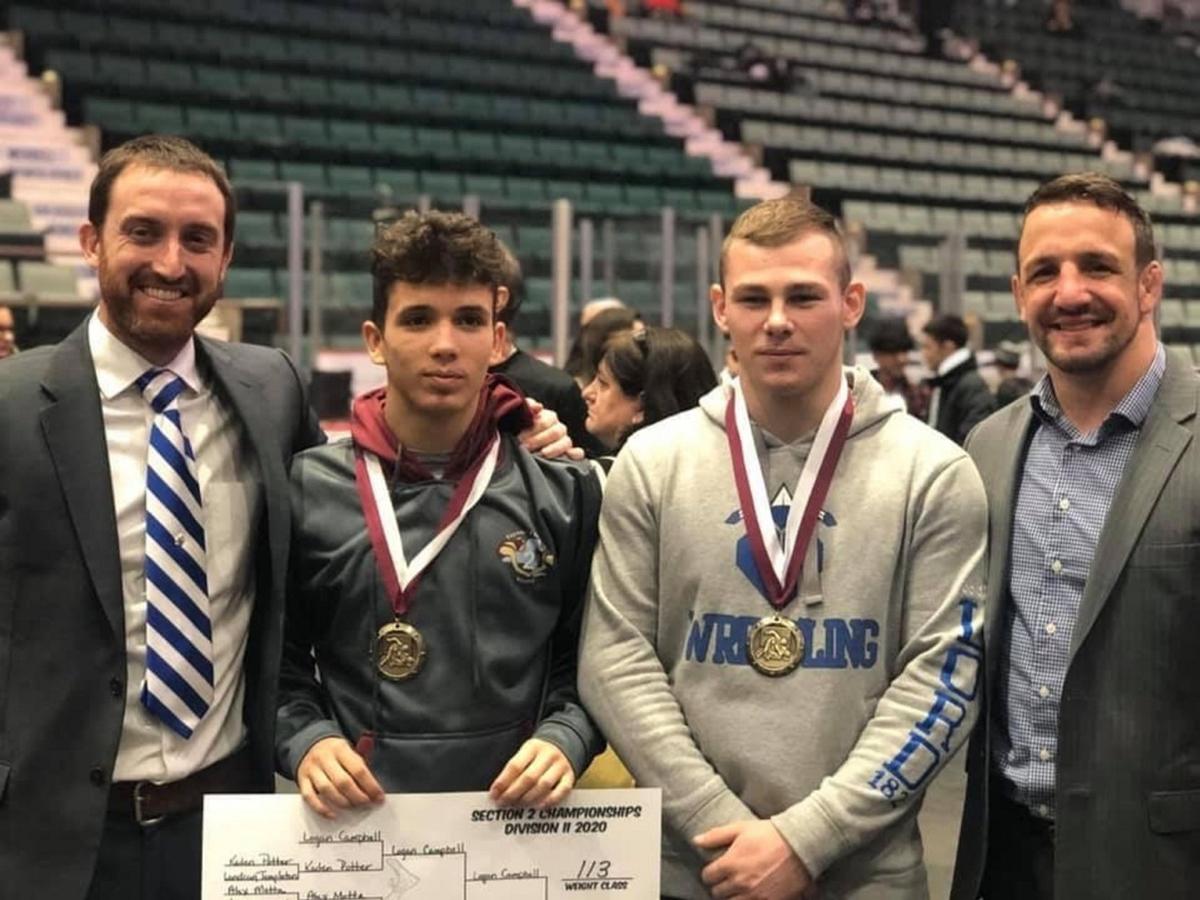 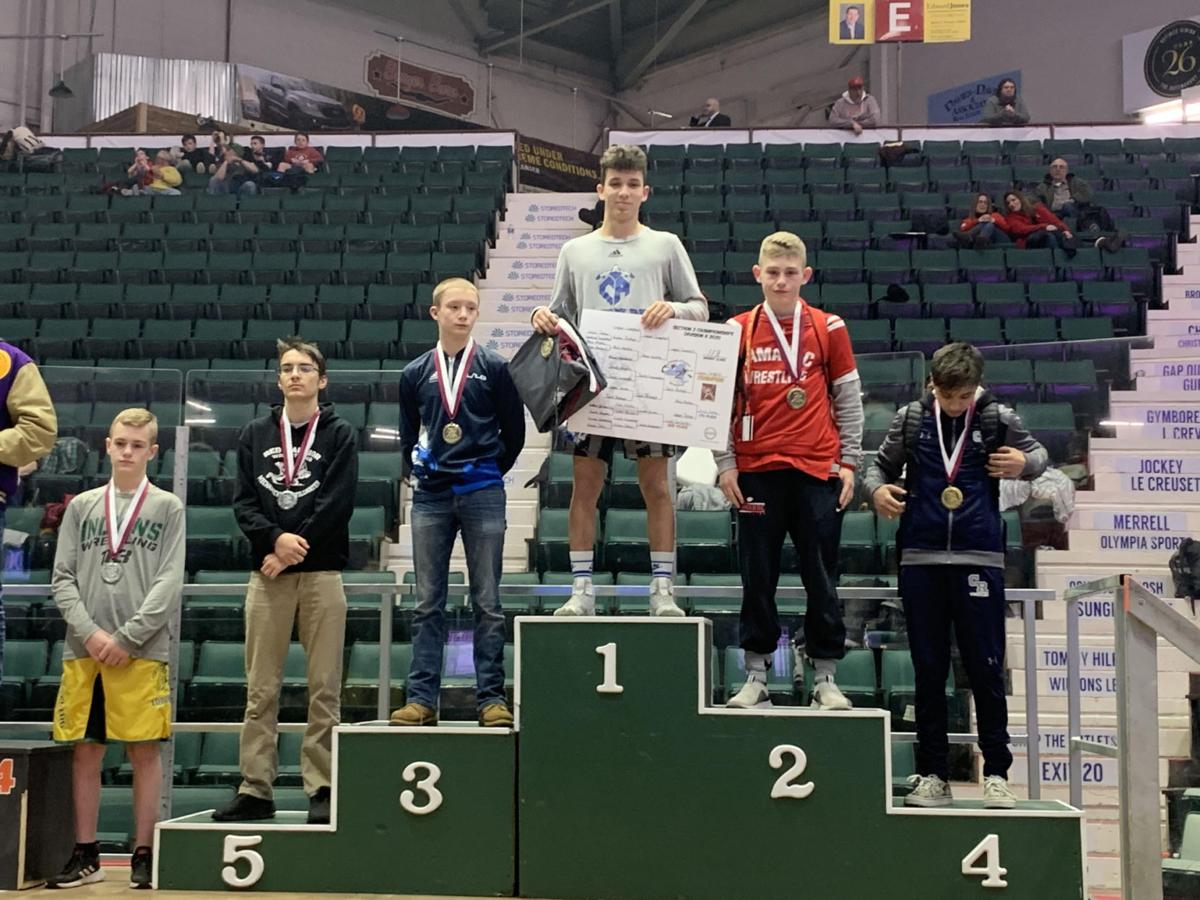 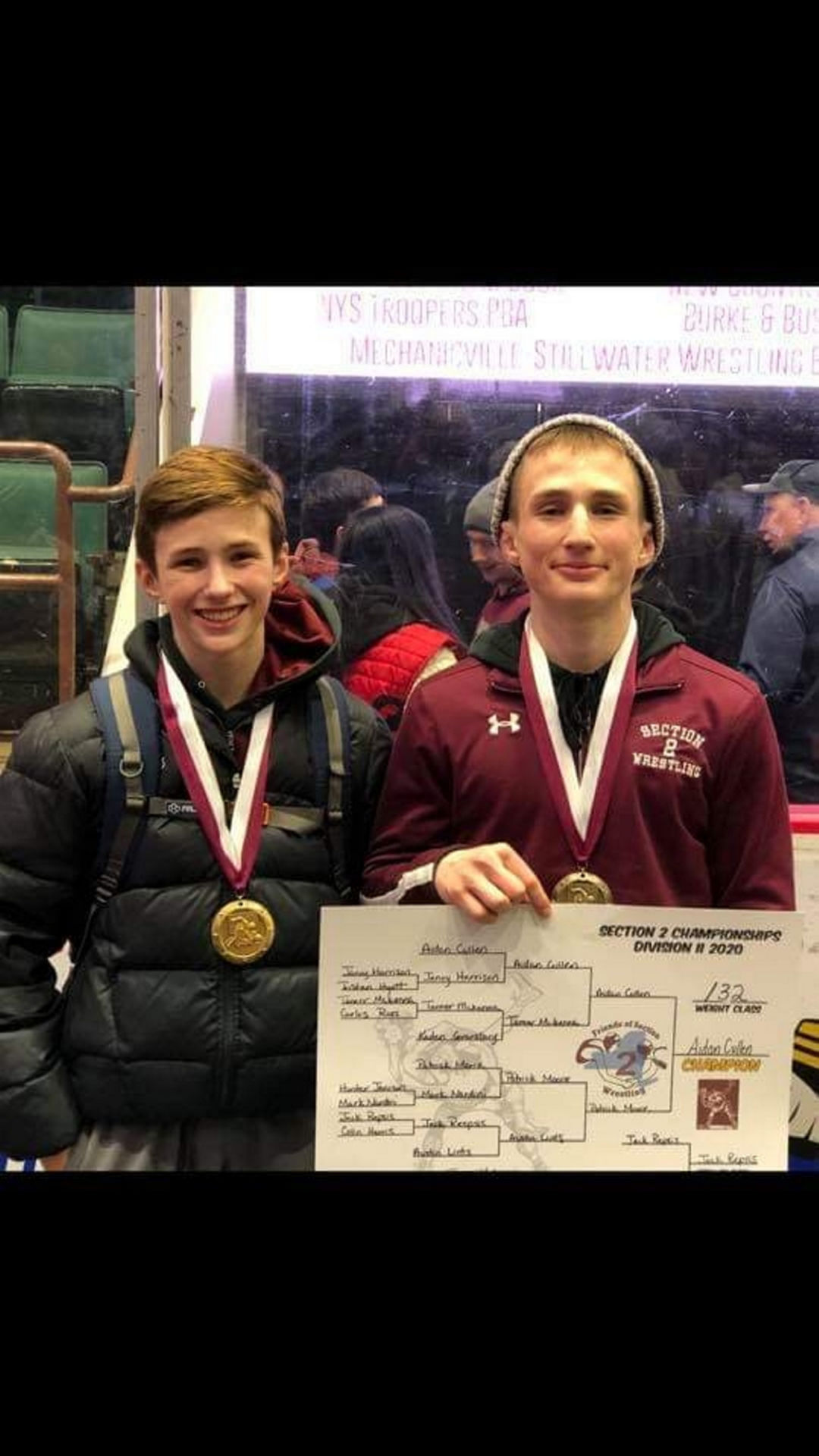 The winners in each weight class and a number of at-large selections advance to the State Wrestling Tournament on Feb. 28-29 at the Times Union Center in Albany.

Greenville’s Aidan Cullen won the 132-pound weight class with a 7-4 decision over Patrick Moore of Watervliet and will be making his third appearance in the state championships. He pinned Tanner McKenna of Warrensburg/Bolton in 1:00 in the semifinals.

“Aidan (senior) was the one seed going into Saturday at 132 pounds,” Greenville coach Pat Cullen said. “He’s been doing this long enough though to know that it wasn’t going to be a walk in the park.

“His bracket had three other sectional placers — two of which were former state qualifiers. He knows not to take anyone for granted and to stick to the game plan and wrestle his match. His first win in the quarter finals helped to secure another 2 milestones — his 100th career pin as well as his 200th varsity win.

“He stayed focused and moved onto the semis with a first period pin. Aidan went on to win his second Section II championship with a 7-4 victory in the finals, securing his third trip to States.”

Aidan’s brother Kieran reached the finals at 106-pounds, but lost to Hudson Falls; Chris Petteys, 7-2. Kieran advanced to the final match with a 5-1 decision over Mark Amedore of Schalmont.

“Aidan’s younger brother and co-captain, Kieran (eighth grade), didn’t want to be outdone. His first win by pin in the quarterfinals broke Aidan’s single season win record with 40. But that wasn’t Kieran’s goal as he knew he had his work cut out for him in the semifinal match with a tough junior from Schalmont.

“He battled hard and secured a victory, putting him into his second consecutive Section II finals. I know he wasn’t happy with the final outcome, but I couldn’t be more proud of him for battling another tough upperclassman in the finals to take second. Hopefully, that will be enough to secure him a wild card bid to the State tournament in two weeks and we should probably know by this Wednesday.

“Overall, I’m super excited for these two kids to see what happens in the near future,” Pat Cullen continued. “No matter what happens though, they are turning into strong, confident men that will be able to handle anything life throws at them. I couldn’t be happier for these two after the 10 years of hard work and dedication they’ve put into this sport.”

Coxsackie-Athens’ Campbell won the 113-pound division title with a 7-2 decision over Torin Bishop of Tamarac and will be making his first appearance at states. Campbell reached the finals by pinning Alex Motta of Mechanicville-Stillwater in 1:04 in the semifinals.

“With tournaments like Section II State Qualifiers, it’s a huge test of mental toughness, longevity, confidence and just how bad do you want ‘it,’” C-A coach Ryan Palmer said. “This tournament began at 7:30 a.m. on the scales and the final whistle blew around 10 p.m. That’s a long day for anyone. To stay focused on the task at hand is difficult in itself.

“We grind all season for tournaments like this, win or go home. Each match could be a kids “next match” or their “last match” on days like this. Effort, heart, preparation, conditioning and technique all amount to the end result.

“Logan came into the tournament with three losses and was determined not to let that number grow. He wanted to be a champion, and is proud to be able to represent Section 2. He is an example of how hard work pays off. He worked at his craft all off season working out at Journeymen. He doubled up on practices during the season on some nights. It all came together for him on Saturday when his hand was raised at the conclusion of the 113-pound finals match.”

Palmer couldn’t say enough about Campbell’s work ethic or the people that have helped him along the way.

“Logan didn’t get here alone, it took an army,” Palmer said. “It took a commitment from his Mom to get him to off season tournaments and practices, it took the kindness of The Lions Den Club opening their doors for him twice a week to get an extra workout in, it took many sleepless nights of his coaches planning and looking to improve.

“Most importantly, it took a self motivation and drive for him to do what he wanted to. He committed to a weight and made it, though sometimes a struggle. He had a goal and did what it took to achieve it. Logan’s not done yet though, as he looks to make strides at the state level in two weeks.”

Campbell’s C-A teammate, Colby Lord earned a third-place finish at 182 pounds, posting a 13-9 decision victory over Reed Douglas of Canajoharie/Ft. Plain in the consolation round.

“Colby Lord was certainly one of the more thrilling matches of the day,” Palmer said. “It’s easy for coaches and kids to say ‘leave it on the mat.’ Colby went out and did it. He fought tooth and nail for every point, and scrapped together enough wins to earn third place. The transformation of this young man from freshman year until now is truly astounding.

“Colby placed third in Section II and earned it. Like Logan, he did whatever necessary to go out and get the job done. Colby is looking to complete his Eagle Scout requirements in the coming months and his teammates and coaches couldn’t be more proud. If he puts his mind to anything, he can do it. That’s what we preach and that’s what he practices.”

Maple Hill’s Svingala continued his march toward a state championship with another impressive showing on Saturday. The Wildcats’ senior won the 126-pound title with a 5-0 victory over Owen Hicks of Fonda/Johnstown and will be making his fourth appearance at states.

Svingala, who decisioned Peyton White of Watervliet, 10-0, in the semis, finished second in the state in the 106-pound weight class a year ago.

Ichabod Crane’s Gomez will be making his second straight finals appearance after earning a 9-5 decision over Avi Berg of Glens Falls to win the 99-pound weight class title.

Gomez decisioned Dom Doyle of Hudson Falls, 16-2, in the semifinals.

Two other Ichabod Crane wrestlers competing, Omar Martinez and Jerald Rhoades, lost in the consolation round. Martinez lost by disqualification to Mark Amedore of Schalmont at 106 pounds, while Rhoades dropped a 1-0 decision to Anthony Delmonico of Watervliet in the 138-pound weight class.