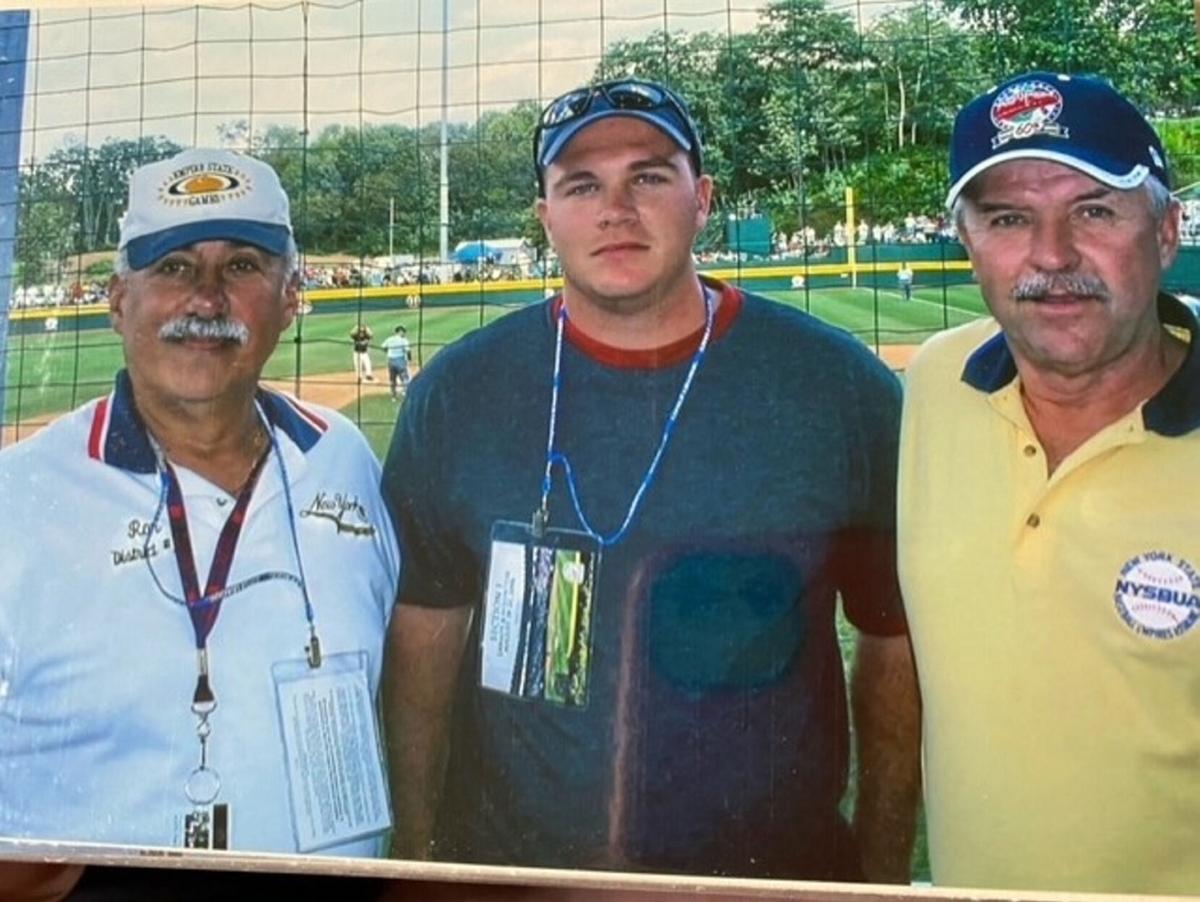 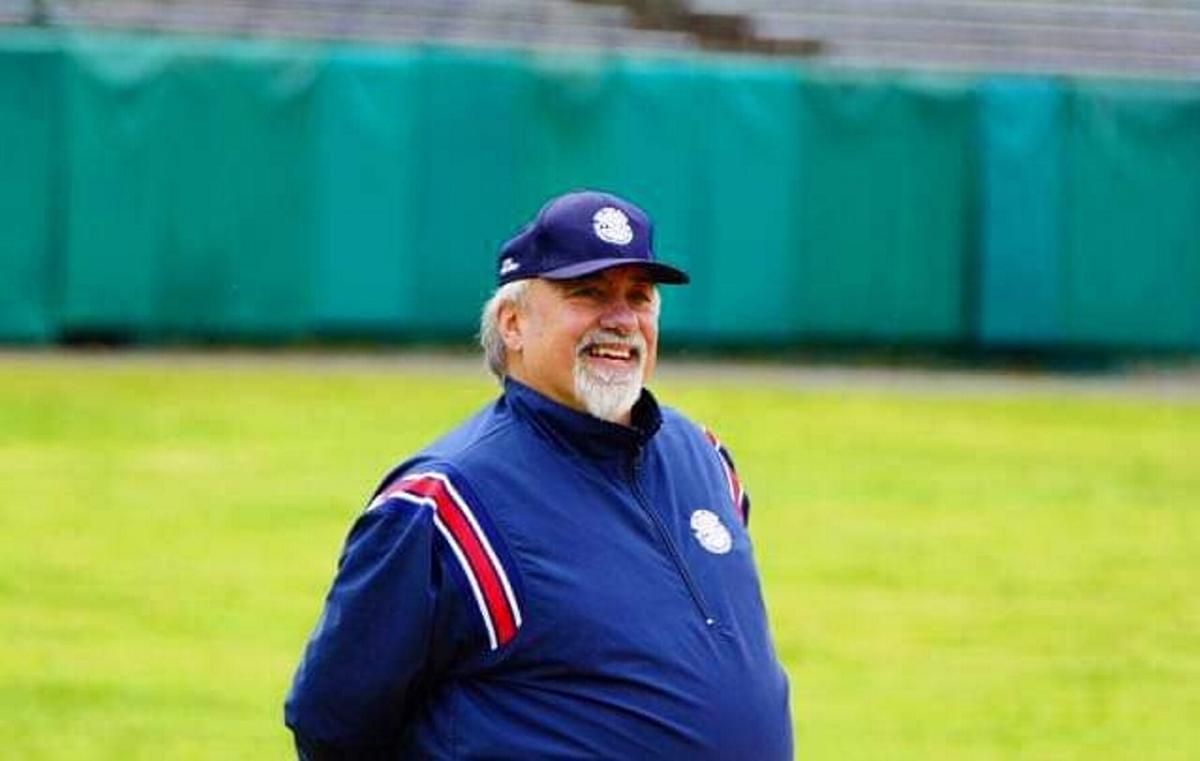 Photo contributed Former Ichabod Crane teacher and coach Ron Gabriel, who became one of the most respected baseball umpires in the state, died on December 31 at the age of 73. 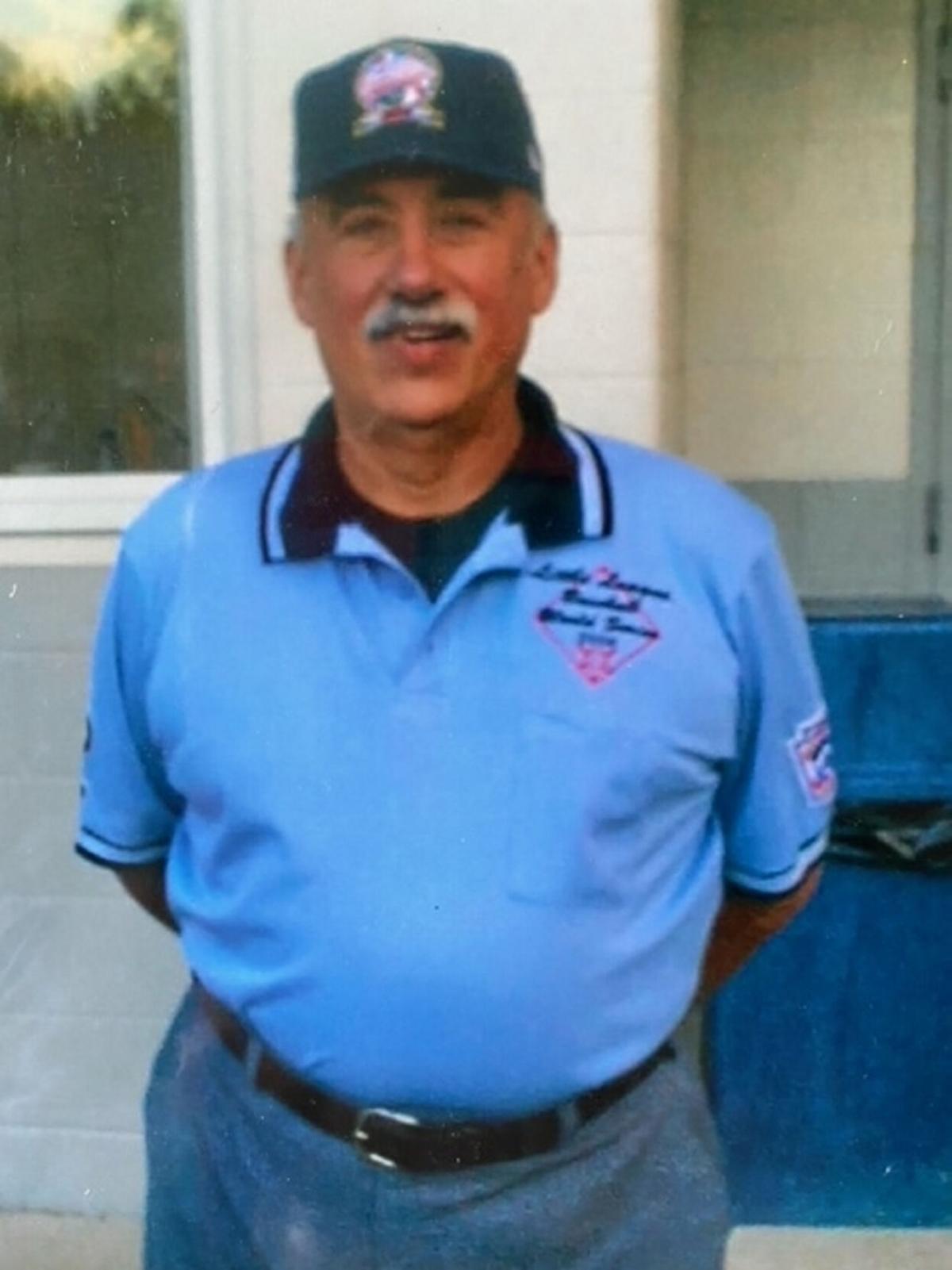 Photo contributed Former Ichabod Crane teacher and coach Ron Gabriel, who became one of the most respected baseball umpires in the state, died on December 31 at the age of 73.

VALATIE — Victor “Ron” Gabriel, a former teacher and coach at Ichabod Crane who went on to become one of the most respected baseball umpires in the state, died on December 31 at the age of 73.

A graduate of Ichabod Crane and SUNY Plattsburgh, Gabriel taught math for 35 years at ICC and also coached the Riders’ bowling and volleyball teams. He is perhaps best known to local sports fans for his more than 40-year career as a baseball umpire. He served as the NYS High School Rules Interpreter and was the President of NYS High School Umpire Association. In 2000, he was the recipient of the NYS Umpire of the Year Award.

“I would not have become an umpire if Ron had not recruited me,” Connors said. “I have spent a lot of time with Ron over the years, he was my high school math teacher. Many will remember Ron as a great teacher and coach as well. He certainly helped me immensely in math class.

“Nobody knew the rule book better than Ron. He had a feel for the game, he could go from a little league game to a varsity game and understood what that game needed him to be on that day. Ron also had a way of making his partners feel comfortable and make them better. I will never forget the nice things Ron said about me when I worked my first World Series in 2012. I know I will miss him and the Columbia-Greene umpires will miss him, he will never be forgotten. You cannot replace a Ron Gabriel.”

“One memory I will never forget is visiting Ron while he worked the 2006 Little League World Series,” Connors said. “Ron had worked hard to lose weight for the series and reluctantly trimmed up his beard. Dennis Williams, former CGUA president, and I visited him.

“One game Ron was working first base, the game was between Asia and Korea, I believe. The runner on first base was leaving very early on every pitch, in little league the runner cannot leave until the pitched ball reaches the batter. The umpire is supposed to throw a flag and return the runner if he advances. However, the runner did not attempt to advance and Ron never threw his flag. I noticed Ron had worked his way to the first base coach and said something, I assumed he said something about the runner leaving early. But I thought to myself, this game is on TV, why isn’t Ron throwing the flag?

“So after the game we went to get something to eat. I asked Ron, “why didn’t you throw your flag? He said ‘I knew you caught that, I knew you would ask.’ He said, ‘it’s a funny thing, you can’t throw the flag when you leave it in the trunk of your car.’”

Bill Fisher, a 1979 Hudson High graduate, got his start umpiring with the CGUA, went on to umpire in the minor leagues and currently works Division I college baseball game. He credits Gabriel with helping him learn the finer points of the game.

“Many may not remember Ronnie in his prime,” Fisher said. “They have heard and enjoyed the stories but I was privileged to witness it all first hand and it had a tremendous impact on my umpiring journey.

“Even as kids playing little league through American Legion, we all knew how good of an umpire Ronnie was. When he showed up we felt like the game was important because if Ronnie was working our game, it must be important. In a way, his being there made us play better; kind of like those rare opportunities when as kids we got to “play under the lights” for a night game. Same holds true when I started umpiring in high school and I got to know and learn from him as an umpire.

“Ronnie was tremendously gracious and supportive of me. He made me better on the field just by association. I still picture him tilting his head and staring off into the distance while listening to a manager plead his case; then with a “wince and a neck adjustment” refute everything the guy had said resulting in the manger returning to the dugout.”

It was Gabriel who encouraged Fisher to attend umpire school.

“When I came back from school, I worked one of those Dave Staats/Jabbo Jablanski City League softball match-ups between Melino’s and Joe’s Bar, which Ronnie was playing in. When I ran out from home plate to the pitcher’s mound to view a catch/no catch in center field, guys on his team started laughing. I could hear them saying, ‘what the heck is this guy doing?’

“Ronnie, having the status he did as a player and umpire yelled out, ‘Nice job Fish’ and then announced to both benches, ‘That kid has been to professional umpire school and is waiting for his season to start ... he’s doing exactly what he’s supposed to do.’ From that day on, I never heard a word — ever — from anyone in the Hudson and Philmont Men’s Softball Leagues. In an instant, I had inherited all of the respect Ronnie enjoyed on the field.

“By “most standards,” I’ve been pretty successful in my umpiring journey; blessed with experiences that have been very gratifying and fulfilling to me. Among those first and continued blessings is Ronnie. I and am sure every umpire who got to work with Ronnie knows of the “presence” he had on the field. Ronnie’s “presence” will remain with me for sure. May God Bless Ronnie with His Presence eternally.

“Although this may be bit cliche, thank God Ron left a lasting legacy as you will never see someone like him come this way again,” Holliday said. “I will miss him because he was an extremely genuine person and a great source, regardless of the situation. What you saw was what you got and he had a tremendous sense of humility and humor.

“Ron had a unique way of getting his message across, stating the facts and usually attaching some sort of witticism to soften the response. When the person on the receiving end didn’t get it, Ron didn’t get overly emotional or angry, he just added a layer of polite sarcasm and the recipient never knew it.

“He had a way of analyzing what was being said, something I always thought came from his career as a math teacher. Sometimes leaning is head slightly to the side, Ron listened intently, nodding his head with a smile while the coach or player pleaded their case. When they were done, Ron would straighten up and politely inform the person with the complaint, that he or she was wrong along with the reasoning for it. He did it in such a manner that the person walked away, maybe still not happy about the call, but appreciative on how they were received and treated by Ron.”

When it came to working a game, Holliday said Gabriel’s game management skills were second to none.

“He could get through anything virtually unscathed and he was always the recipient of respect, far and away above that of his umpiring partners at any game he worked. That respect was clearly earned through a career spanning more than three decades and more than deserved. As a fellow umpire, I think we all sought to be a little like Ron in many aspects.

“As a variety of health issues ended Ron’s on field umpiring, he tirelessly lent his talents by evaluating new umpires and I can recall having countless conversations on a variety of matters, many times just to get his thoughts. He was always available for conversation, even if it wasn’t related to baseball.”

The CGUA created the V. Ronald Gabriel Award for Excellence in Umpiring in November of 2019. The award will annually be given to a CGUA member.

“It is a simple, but fitting tribute to the man who was known throughout his community and later became an icon in NYS umpiring,” Holliday said. “The creation of the award was unbeknownst to Ron and upon its introduction, the room, especially Ron, was quite emotional about the honor. It was just a small token on behalf of the group in appreciation of a lifetime giving to officiating. In retrospect, we were so blessed to have been able to do it when we did so that he could fully enjoy the honor.”

Gabriel also earned the respect of the area managers and coaches.

“From my perspective, Ron as an umpire was the most accomplished umpire in our area,” Chatham baseball coach Scott Steltz said. “He had all the tools to call a great game and I never recall him calling anything that was sub-par. He understood the importance of the game to the players, coaches and fans.

“Ron also had a field awareness to see what was happening, and if needed, shut things down before they escalated. This was true for coaches and players and it gave him instant credibility with the players and respect from the coaches. Finally, Ron had a unique umpiring style. He called both balls and strikes loud enough so there was no doubt, but not too strongly where I felt it was for showmanship.”

Gabriel was just as respected off the field as he was on it.

“He always came to the field with a smile, a firm handshake and usually some witty, dry humor,” Steltz said. “He listened and took a genuine interest in everyone when he was talking to them. When the situation called for it, he was direct with his words and yet not confrontational.

“As he has crossed through my mind routinely the last few days, the resounding feeling I have about Ron was the feeling of positivity. I’m not really sure how to describe it, but he wasn’t a rah-rah guy or sunshine and rainbows, but he always made you feel good about yourself and everything without ever being intentionally positive about it. Our local baseball world has lost a masterful umpire and a legendary man.”