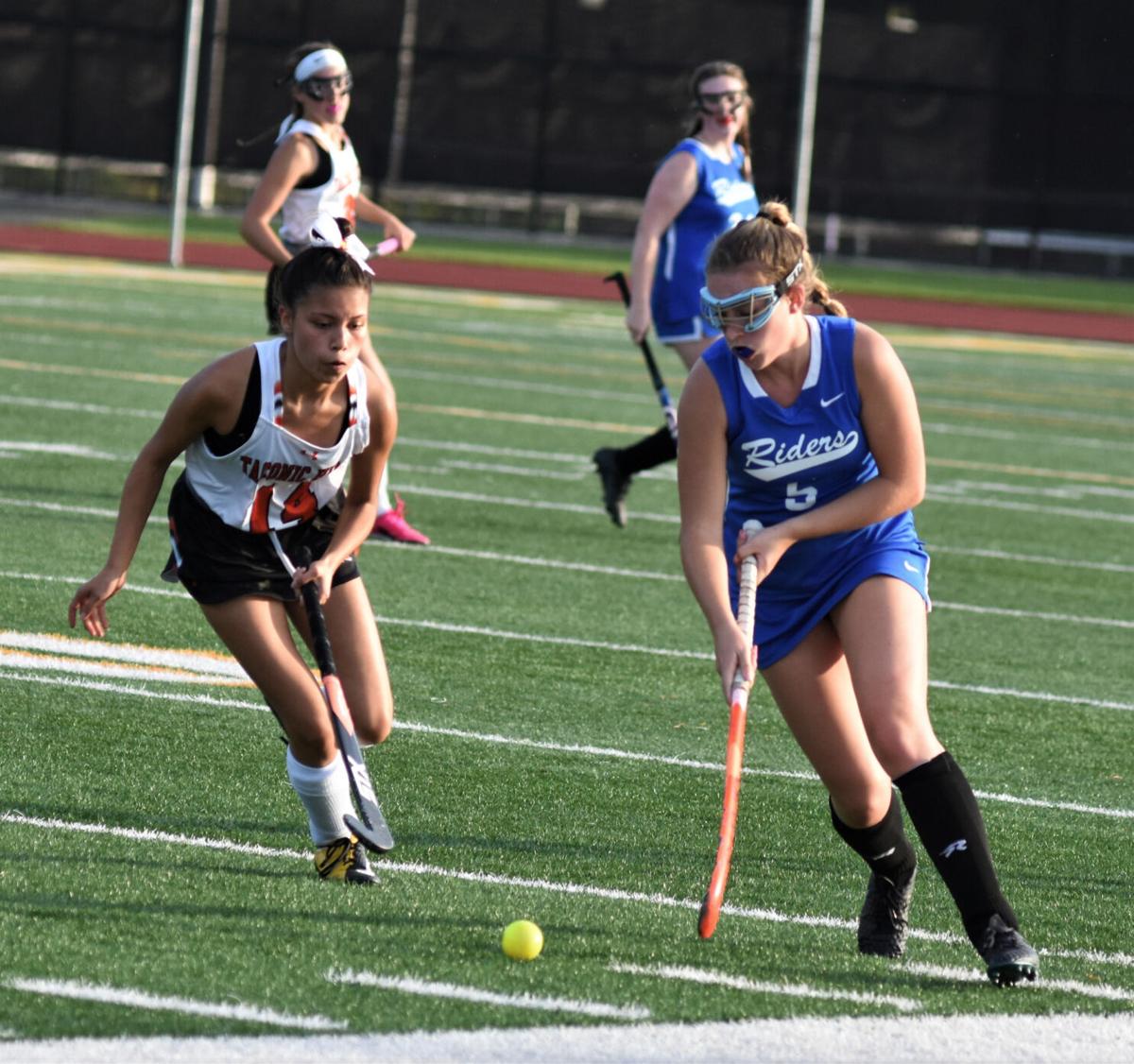 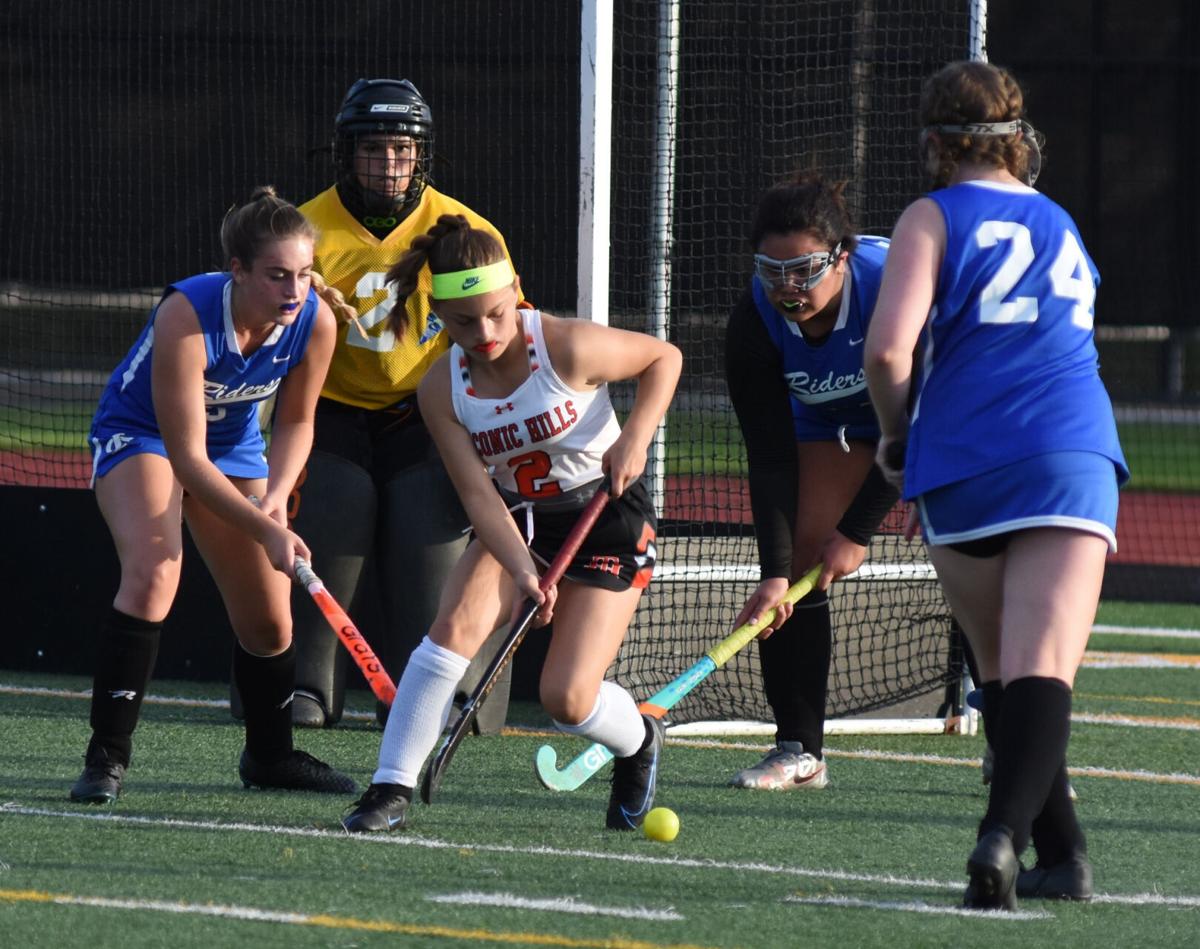 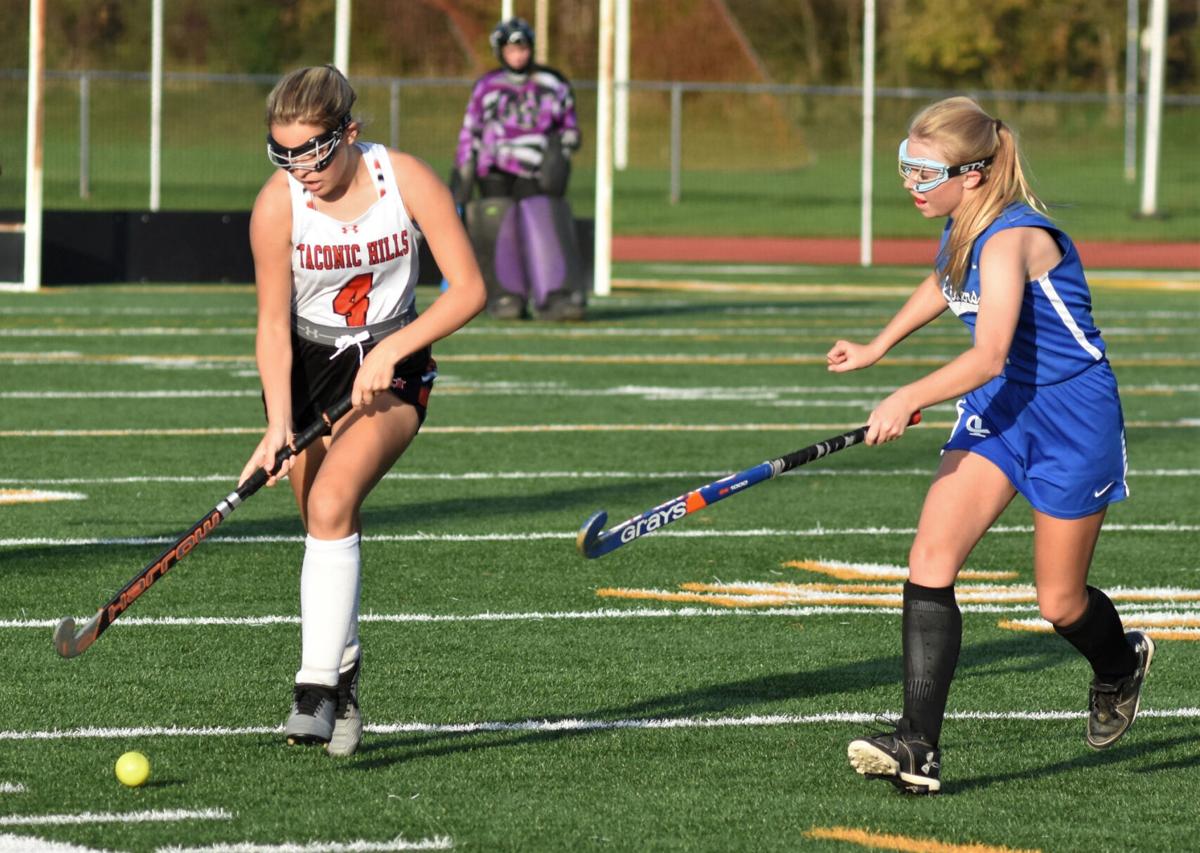 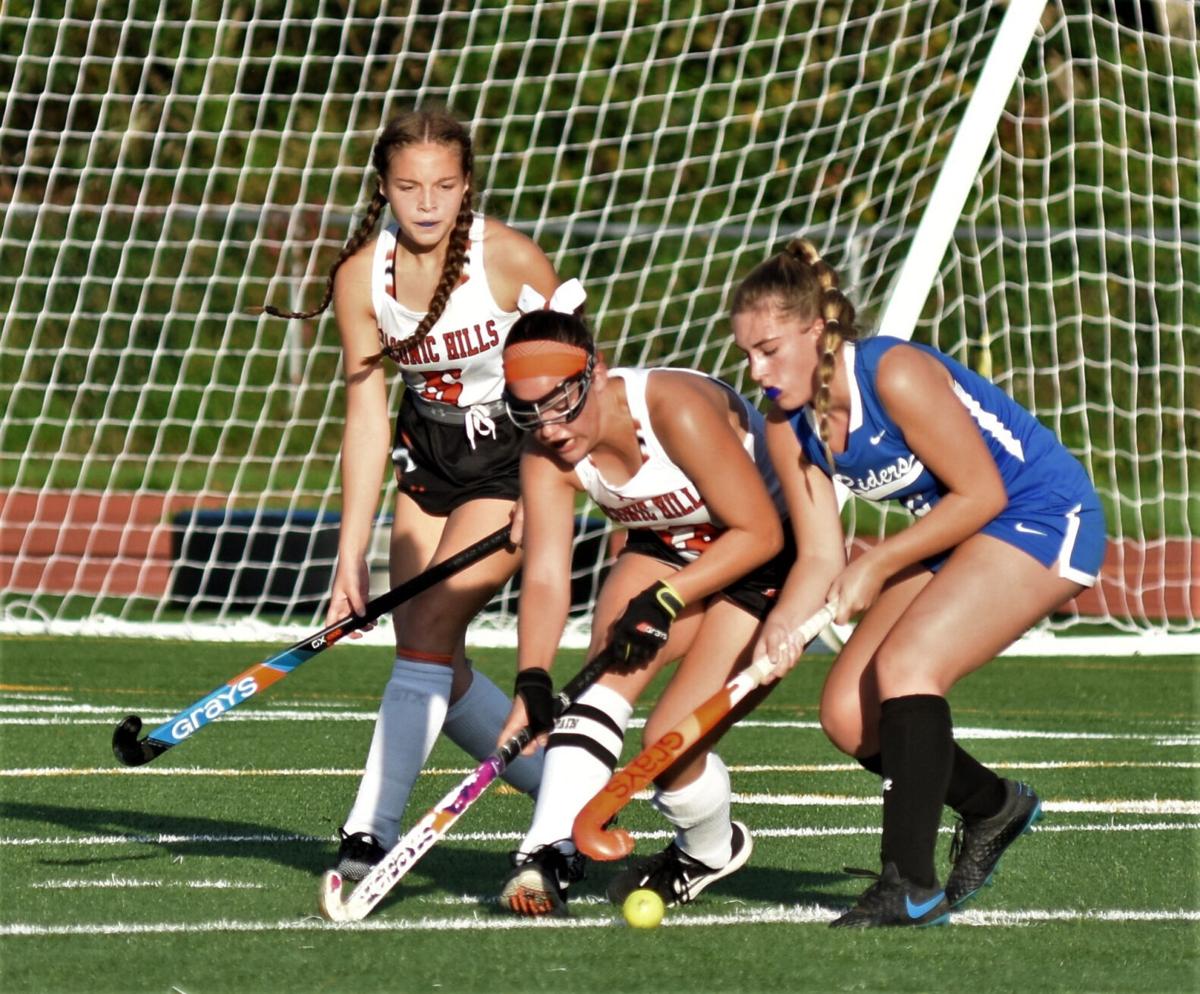 CRARYVILLE — Jennie Beck recorded a hat trick in the first quarter to lead Taconic Hills to a 5-0 non-league field hockey win over Ichabod Crane on Friday.

The game was a part of Taconic Hills’ week-long Homecoming festivities.

“I continue to be very pleased with our passing game and ball movement,” Taconic Hills coach Angela Webster said. “A good win for our seniors on homecoming night.”

“We played really relaxed today” said Ichabod Crane’s head coach Adam Vooris. “It was nice to see them go out there and get into a flow.”

Ichabod Crane takes the court again on Tuesday. The game will have two special events with Senior Night and Ichabod Crane Goes Pink. Ashleigh Gerkman, Bridget Duso, Clare Knapp, Katie Heimroth and Piper De Kraai will be recognized as this years Seniors. The gym will also be decorated in pink as the Lady Riders will be joining the SideOut Foundation in raising money and awareness for research towards Breast Cancer.

Addi Perry had two goals and one assist for the Panthers. Maya Narofsky and Kamryn Hanson added one goal apiece. The Panthers also benefitted from an own goal by Hudson.

CATSKILL — Aryanna Burbas had her third hat trick of the season to power Catskill to a 4-0 victory over Hudson in Friday’s Patroon Conference girls soccer game.

Alessia Salierno scored the other Catskill goal. Nadia Pell assisted on two of the goals and Jillian Devlin assisted on one.

Catskill closes out the regular season with a record of 6-5.

CHATHAM — Chatham welcomed Hudson on Saturday day for their senior day and homecoming and the Panthers earned a 2-0 Patroon Conference victory.

The game would be a fantastic back and forth affair with both teams controlling the ball, with the majority of play in the midfield.

Hudson would get the first opportunity when Abid Ali struck a ball hard at goal but Chatham keeper Jay Wisseman made an incredible foot save to keep the score 0-0.

Chatham would start earning the majority of play about halfway through the first and put shots on target but nothing hit net.

Play continued to be at midfield until Chatham’s Jacob Carroll broke through and played a great ball into Tobias Jeralds who finished to put Chatham ahead, Carroll with the assist.

Later in the half Chathams Ryan Wilson would get the ball wide and service a ball across the box where Tobias Jeralds was there again to finish and give Chatham the big 2-0 win.