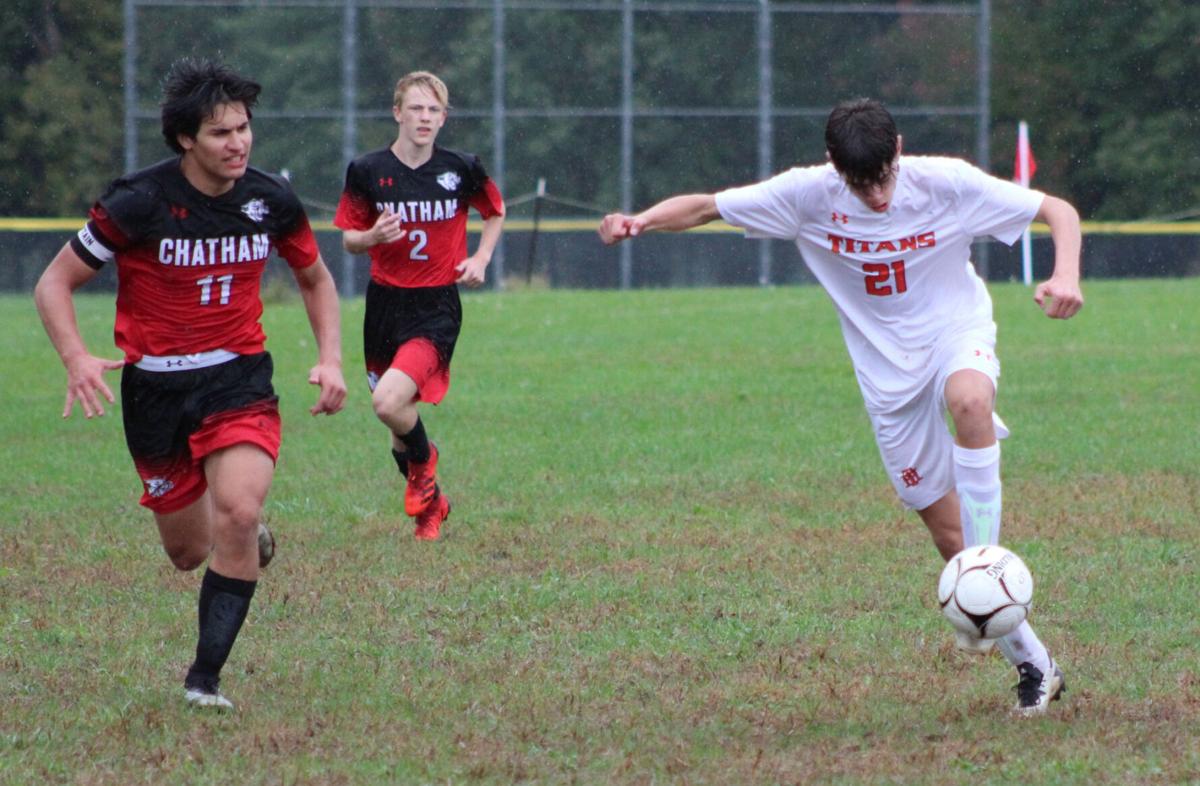 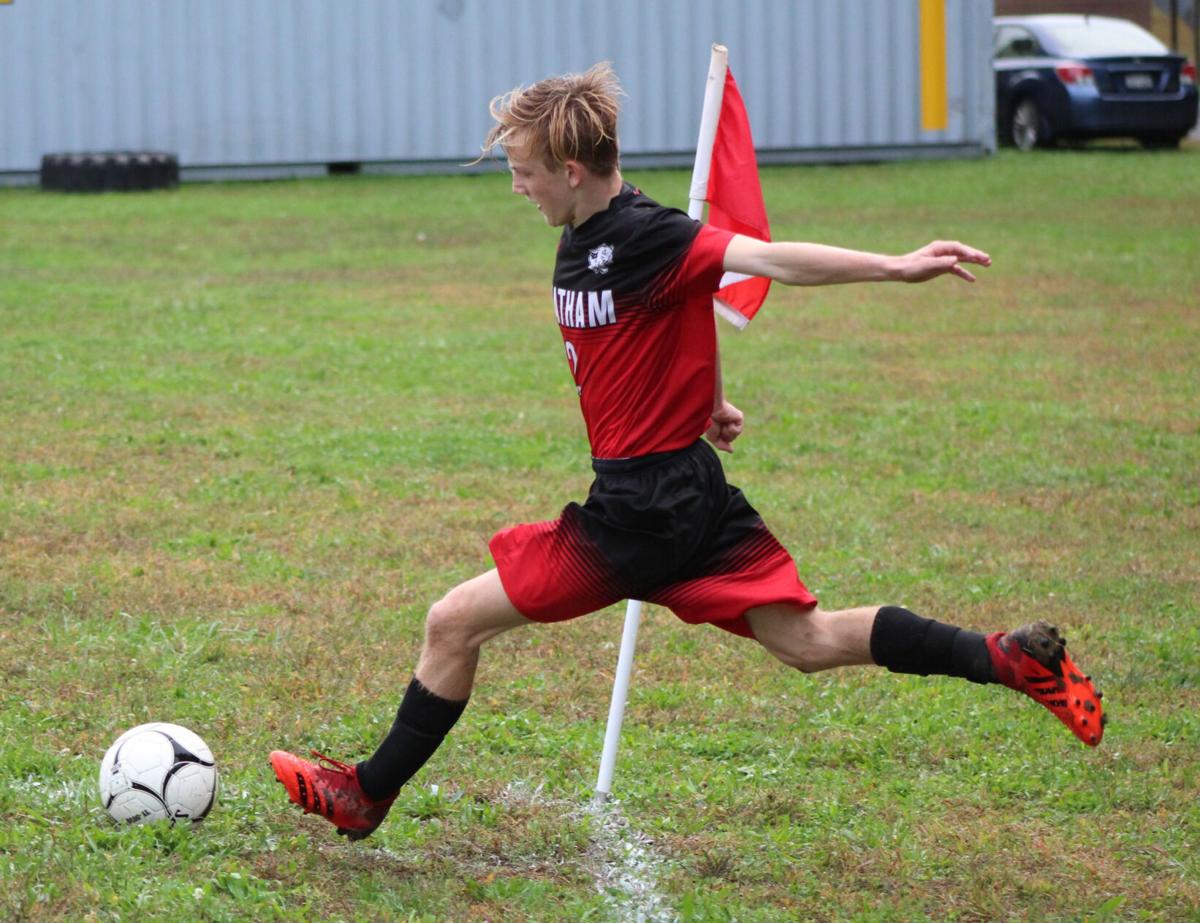 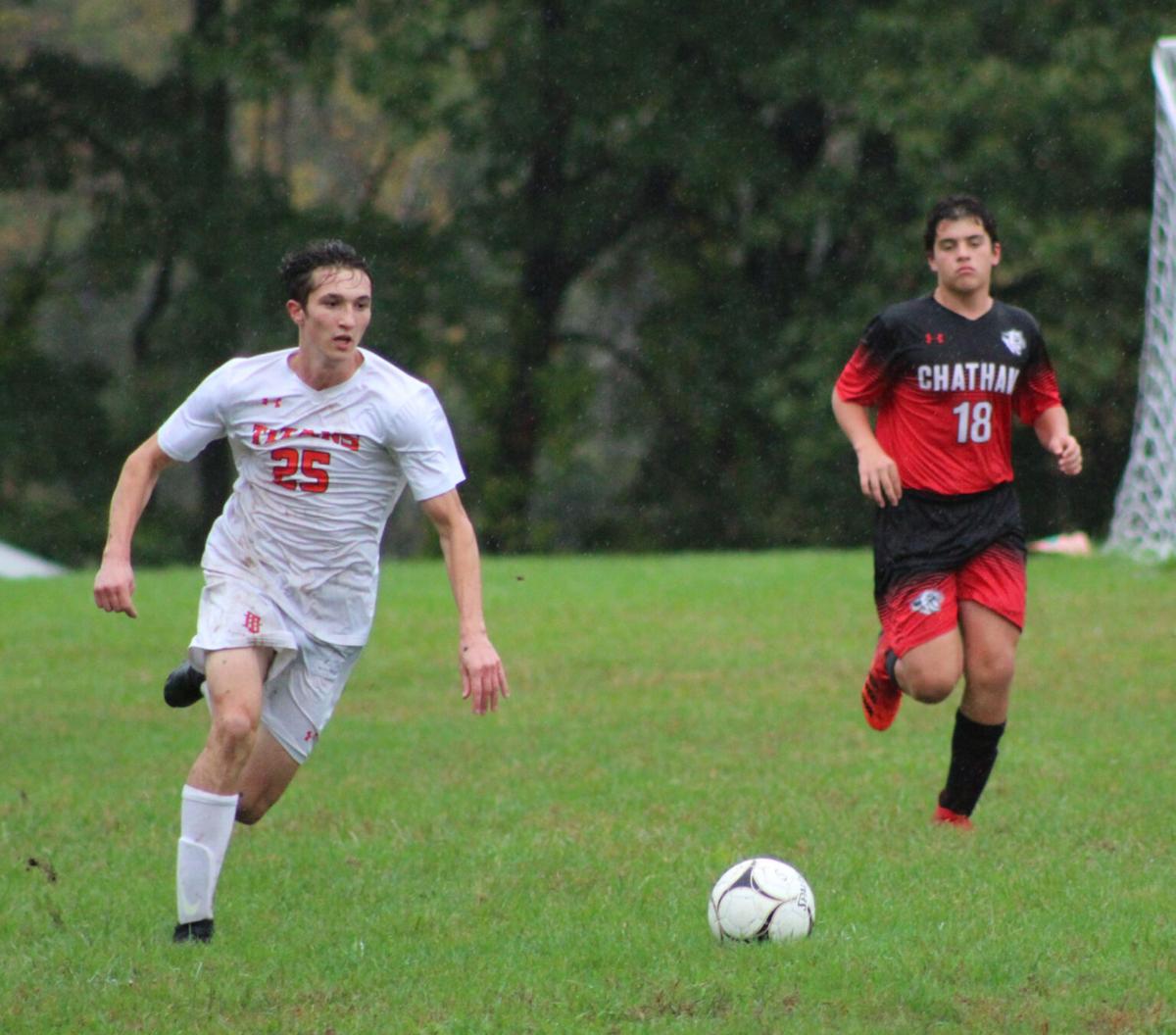 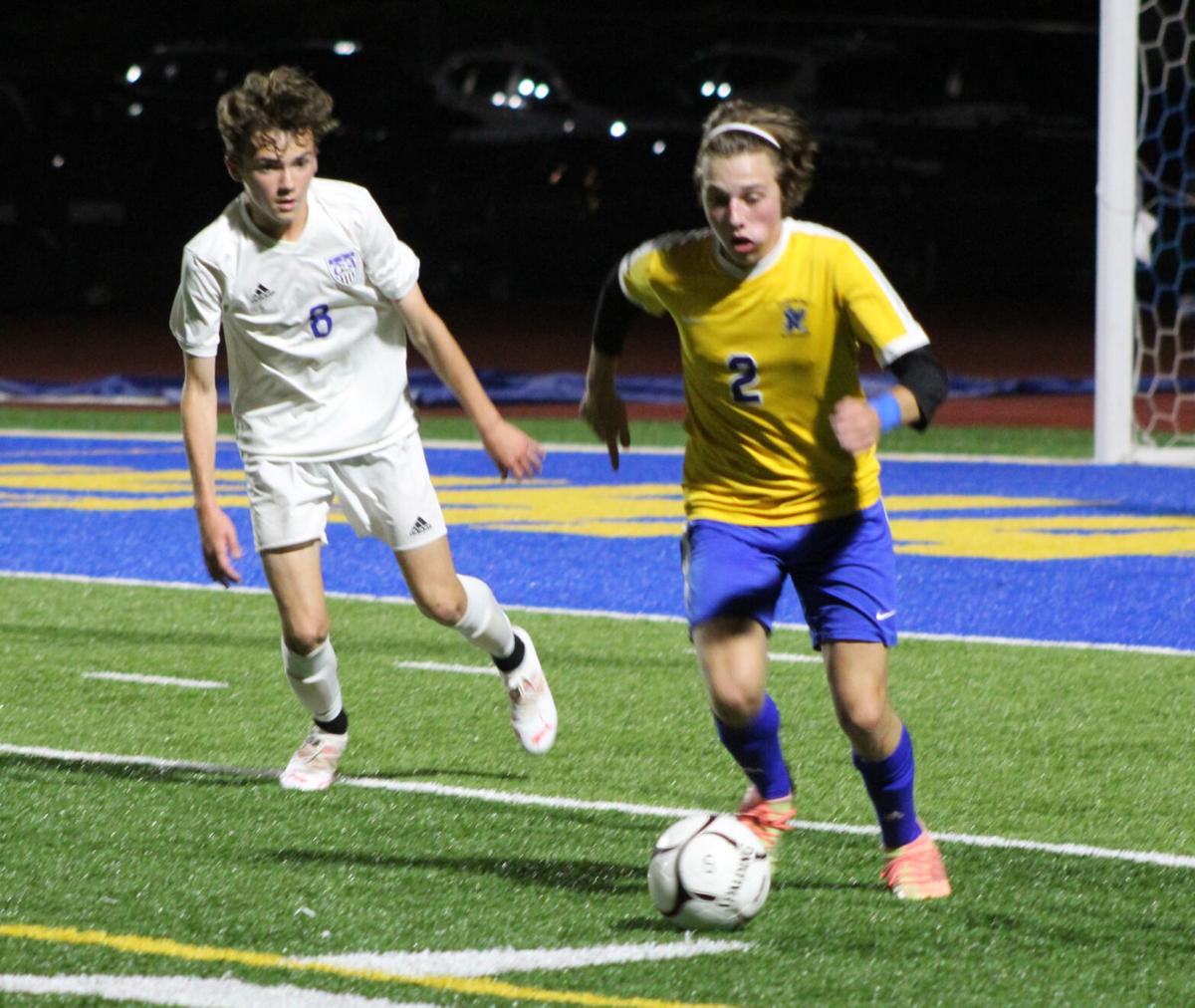 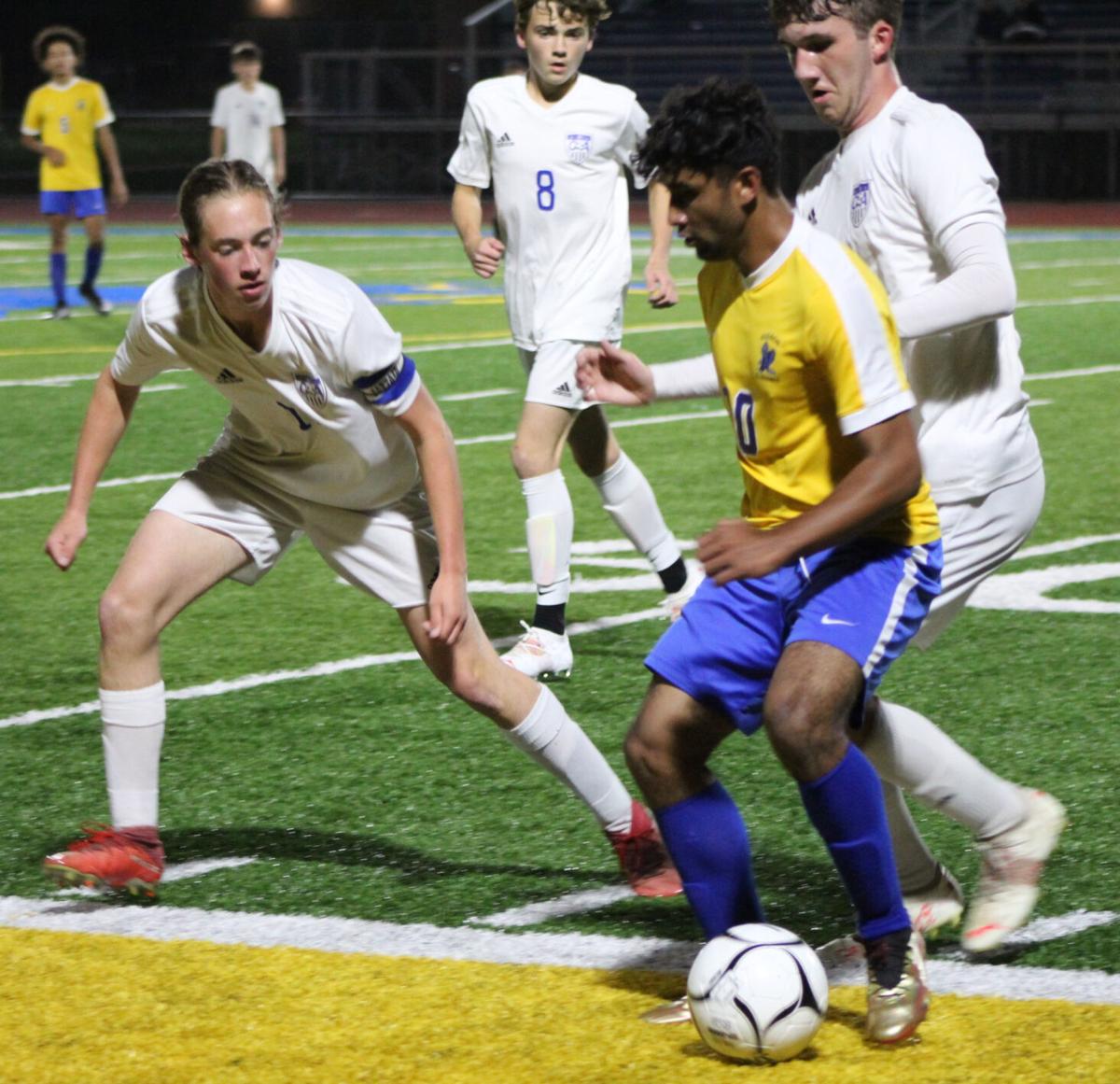 CHATHAM — Tobias Jeralds scored three goals on Tuesday for his hat trick and Jacob Carroll and Ethan Narofsky put in one each to lead Chatham to a 5-1 Patroon Conference boys soccer victory over Taconic Hills.

Alex Chudy was the set up man with three assists. Tim Jeralds added one as well.

HUDSON — Luke Barnhart scored off an assist from Nick Agovino in the first overtime period to give Coxsackie-Athens a 2-1 victory over Hudson in Tuesday’s Patroon Conference boys soccer game.

Geddy Williams gave C-A a 1-0 advnatge in the first half with a goal off a rebound. Hudson evened the score with just 10 minutes left in regulation.

C-A took 13 shots on goal and had five corner kicks. Hudson took two shots and had one corner kick.

Catskill is now 4-5 overall and will host Cairo-Durham on Thursday.

Perry’s hat trick now gives her 23 goals for the season. Maya Narofsky added a goal and assist for the Panthers.

Both teams ran with incomplete squads.

Both teams ran with incomplete squads.