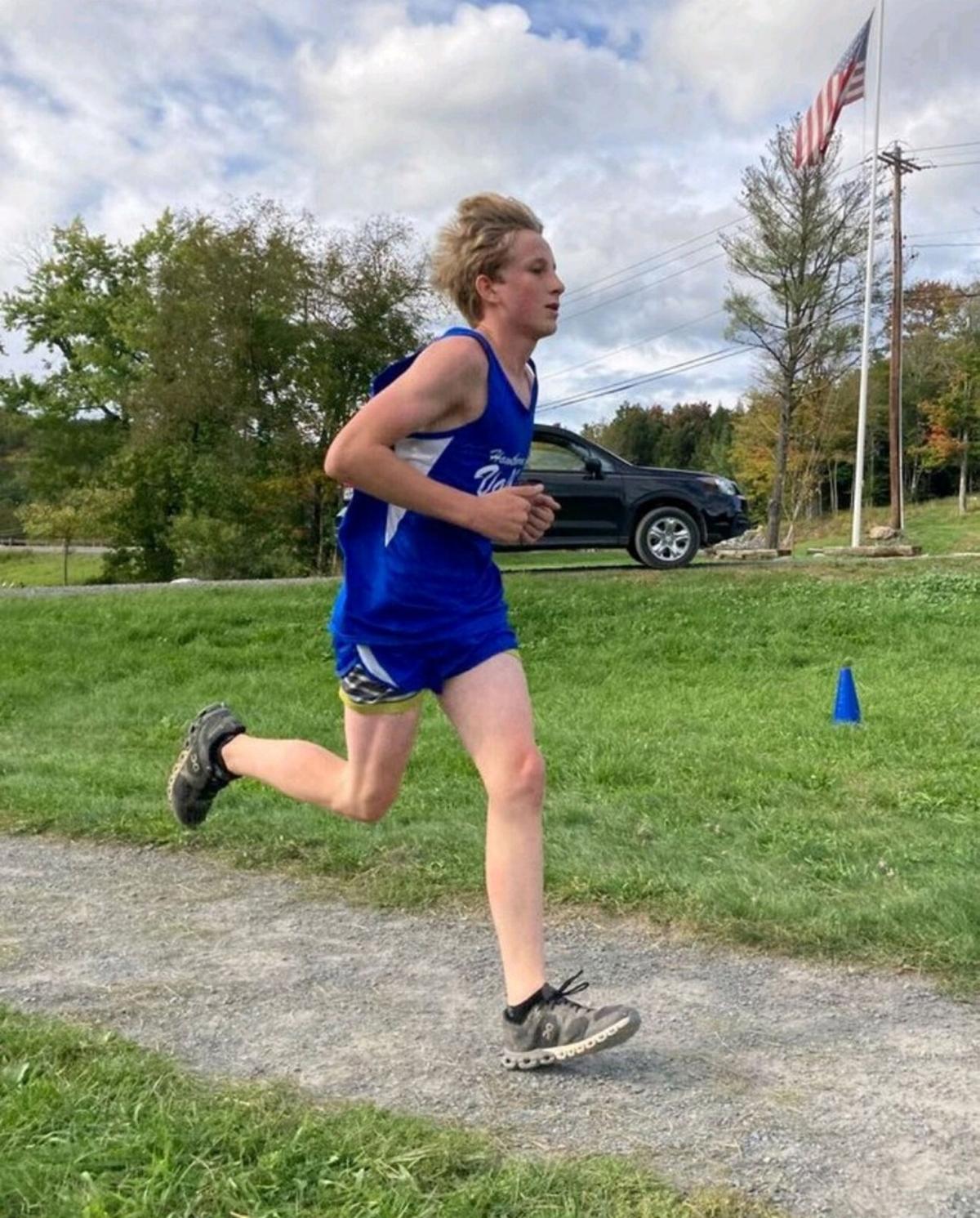 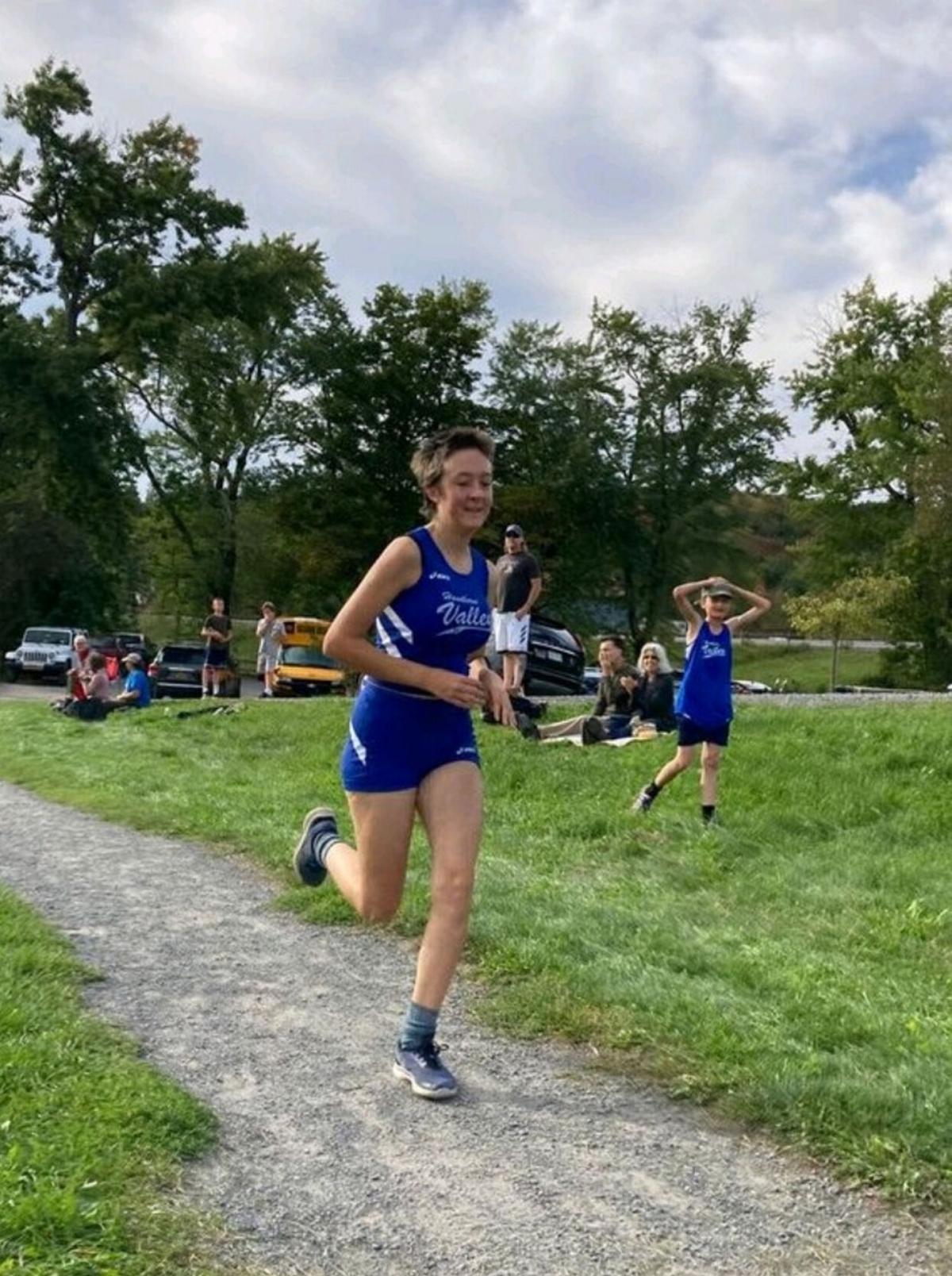 Junior Ella Mediodia had her fastest run of the season finishing sixth in class. The girls finished the team portion of the meet as an incomplete because only four runners competed for the Cats with senior captain Sylvie Bergquist away on a school trip — five runners are required to qualify for a complete team finish.

Individually, freshman Oliver Towe led the HVS squad with another second place finish - his third in as many weeks. In his first complete race of the season, sophomore Tor Yacobellis cracked the top five of the class finishing fourth.

It was also another impressive meet for HVS in the modified class with seventh grader Thomas Madey notching his third consecutive first place finish and eight grader Theo Bergquist finishing fourth and seventh grader Alex Beck finishing fifth in the largest modified field of the season.

Next up for the team is a Patroon Conference super dual meet at Maple Hill Saturday morning, followed by another regular season meet on Sept. 28 at Chatham.

“We’re off to a very good start in Patroon Conference competition this season,” HVS coach Jim Gibbons said. “There’s still a long way to go with five more meets before the conference and section championships.

“If our runners can keep up their enthusiasm, their focus and their commitment to improvement, they should continue to enjoy success in the weeks to come.”

In a back and forth match, the Riders were able to come away with the win. Sealing the victory was Maddie Kelley who put away a set from Delaney More on game point.

“We were kinda struggling all match to consistently get the setters connecting with Maddie,” Ichabod Crane coach Adam Vooris said. “It was great timing for her to get her biggest swing of the night.”

Delaney More led the team in kills with 10 to go along with 11 Assists. Emma Scheitinger had 8 Kills and 7 Aces.

With the match tied at 1-1 and Ichabod down 24-21 Ravena missed a serve giving the Riders the serve down by 2. That brought Scheitinger to the line to serve. After a back and forth rally Ichabod Crane brought the score to 23-24. The standout Junior then served three consecutive Aces to get the win and go up 2-1 for the match.

In the fourth set More and Hannah Frances each had 3 Kills with Scheitinger and Clare Knapp getting 2 Aces apiece.

Piper DeKraai had 5 Aces and 9 Digs, Clare Knapp had 18 Assists and 15 Digs and Ashleigh Gerkman had 10 Digs. Maddie Kelley had 5 Kills and 2 Blocks.

The Riders will try to get their third win of the week on Friday as they travel to Voorheesville.

TROY — Ichabod Crane traveled to Catholic Central on Tuesday evening to take on the Crusaders in a Colonial Council matchup and posted an 11-0 victory.

From the initial whistle, the Riders dominated possession and control of the ball. Minus a few chances for the Crusaders, the Riders never let up and put 35 shots on goals.

Remaining goals came from Angel Loyola, Chase Martino, Ivan Cruz and Jacob MacFarlane who scored on a PK he drew on a one on one with the keeper. Ivan Cru and Chase Martino also had two assists each. Wyatt Dolge and Zach Zeyak also got on the score sheet with an assist each.

Riders goalkeeper Luke Desmonie wasn’t challenged much the entire night and only had to scoop up four saves between the posts.

The Riders improve to 4-2 on the season.

“Our goal tonight was to just keep possession and try and create as many chances as possible,” ICC coach Len Bates said. “The boys did exactly that. Very pleased with our performance.”

HUDSON — The Taconic Hills girls varsity soccer team recorded their second Patroon Conference win of the season with a 3-0 decision over Hudson on Tuesday.

After a slow start in the first half (0-0 at halftime), the Titan’s offense came alive when Riley McDonald scored on a beautiful direct kick from 25 yards out at the beginning of the second half.

Emma Rose Merchant tallied the next goal for the Titans assisted by Amya Anderson on a great shot into the side netting.

Mikayla Silvernail had the shutout in net for the Titans.

The Riders improved to 8-0.

Alexandra Keith scored a goal and Jenny Sorrentino and Meagan Wishinski each had an assist for Pine Bush.