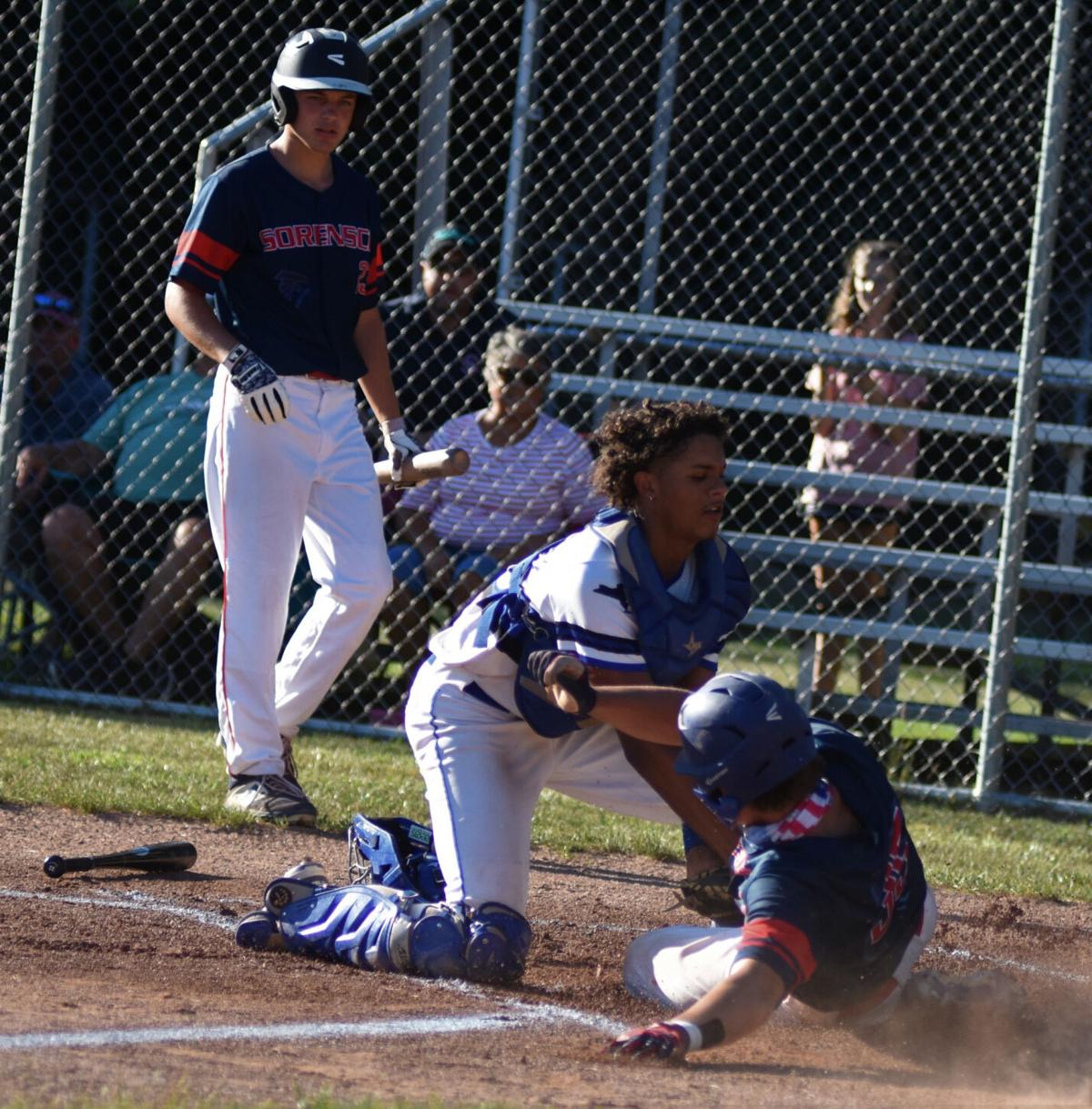 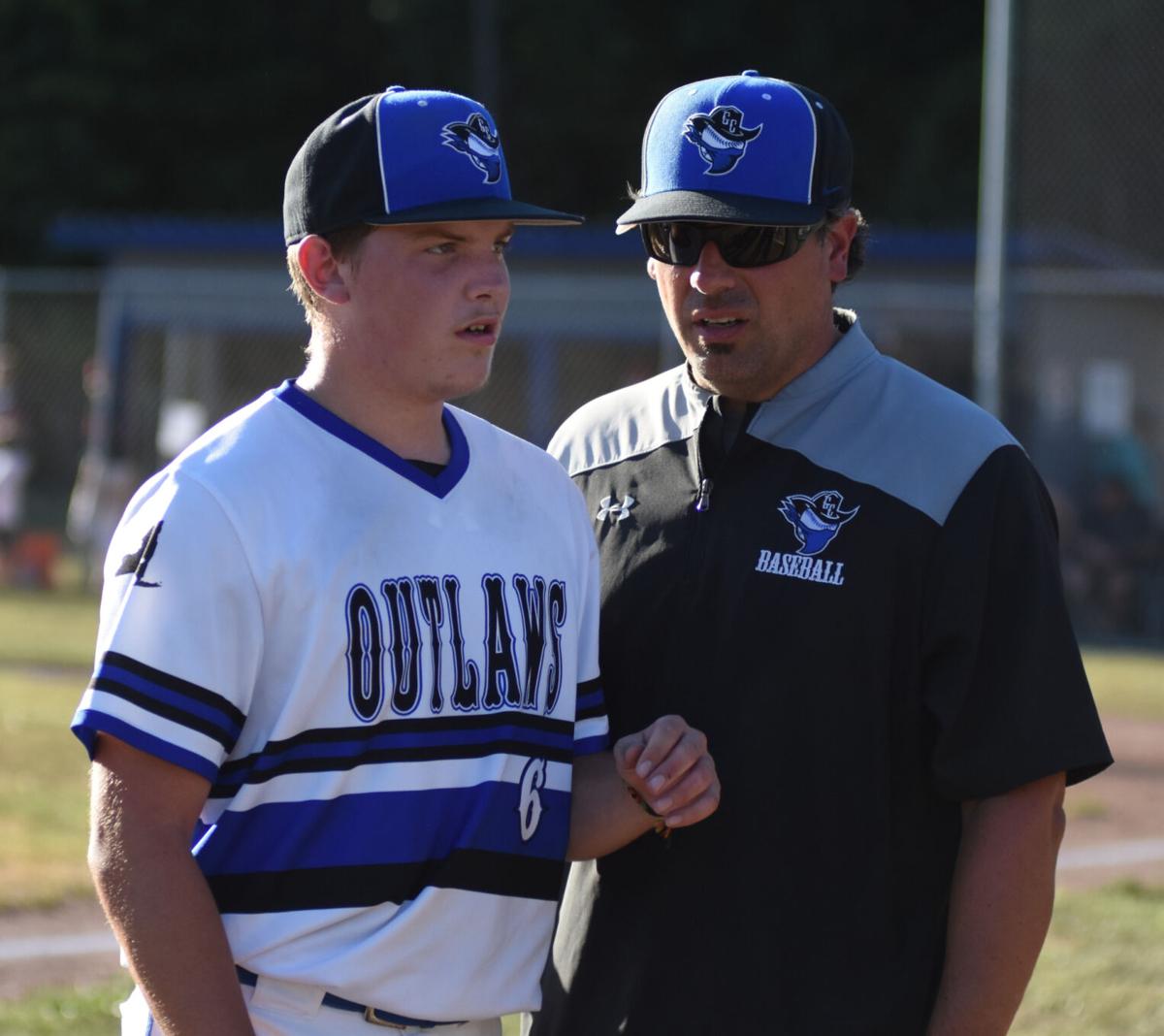 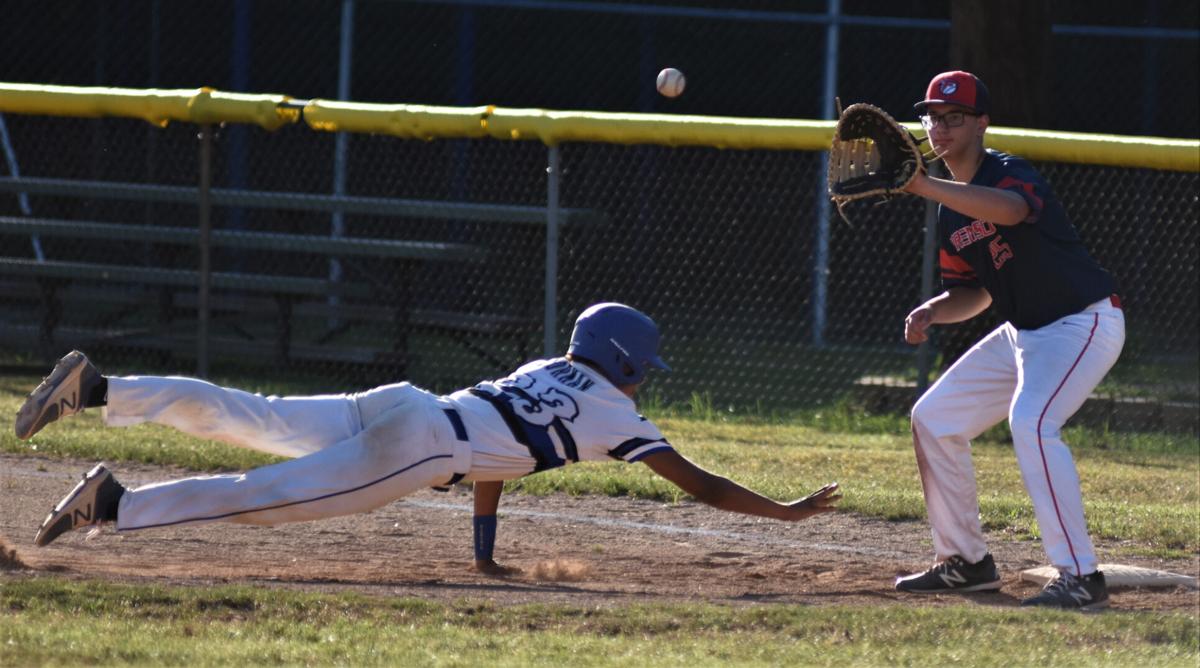 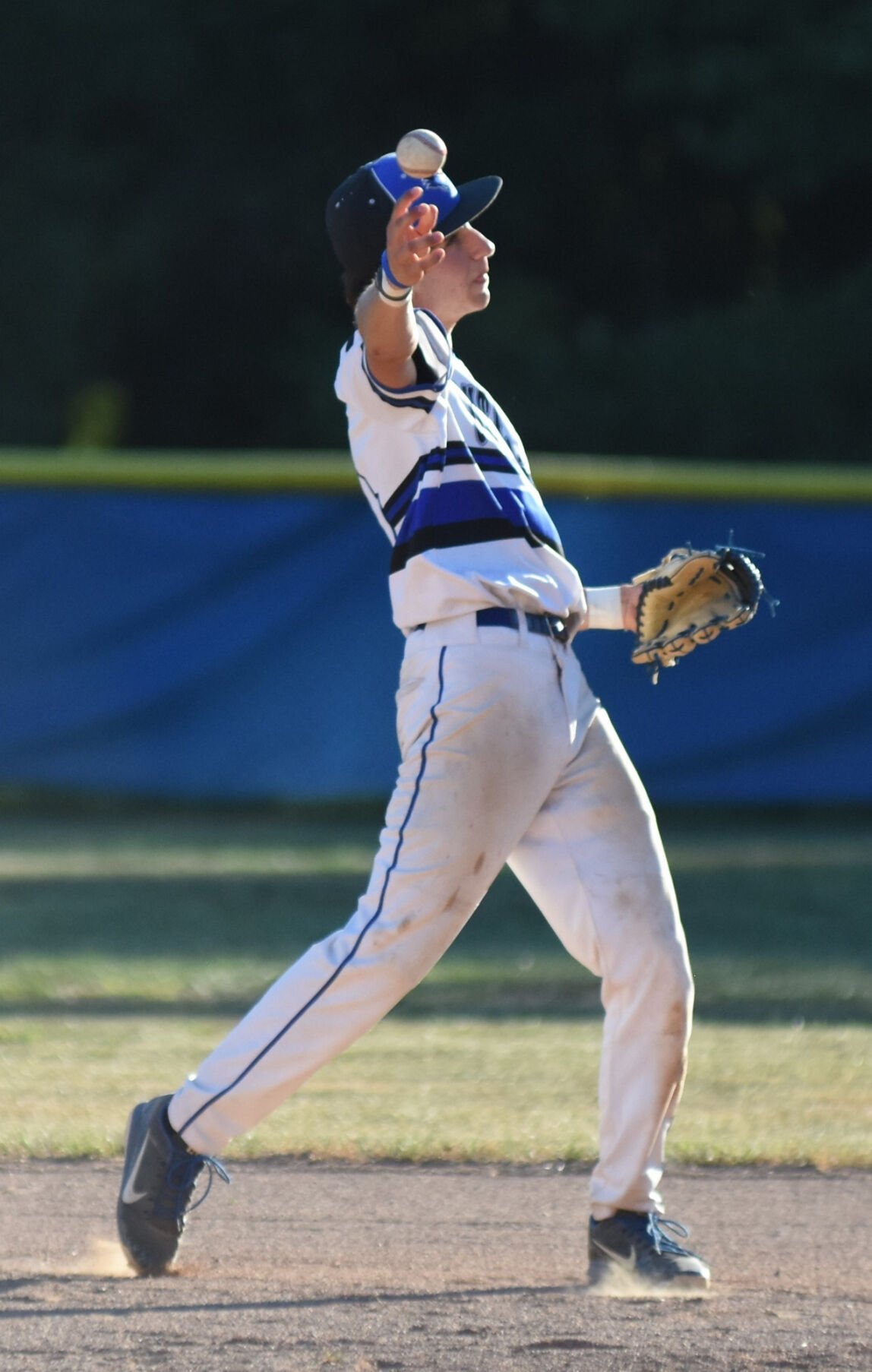 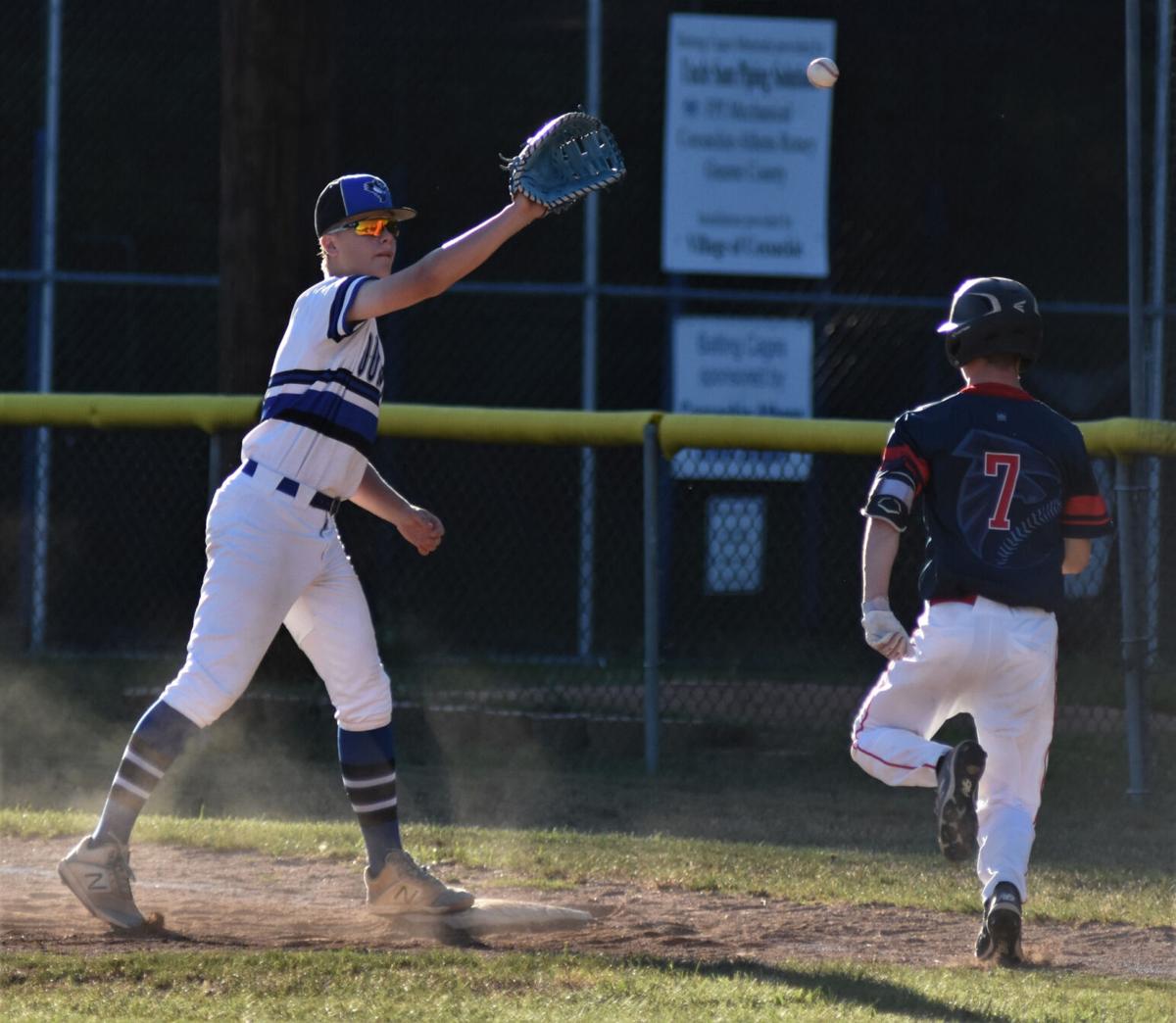 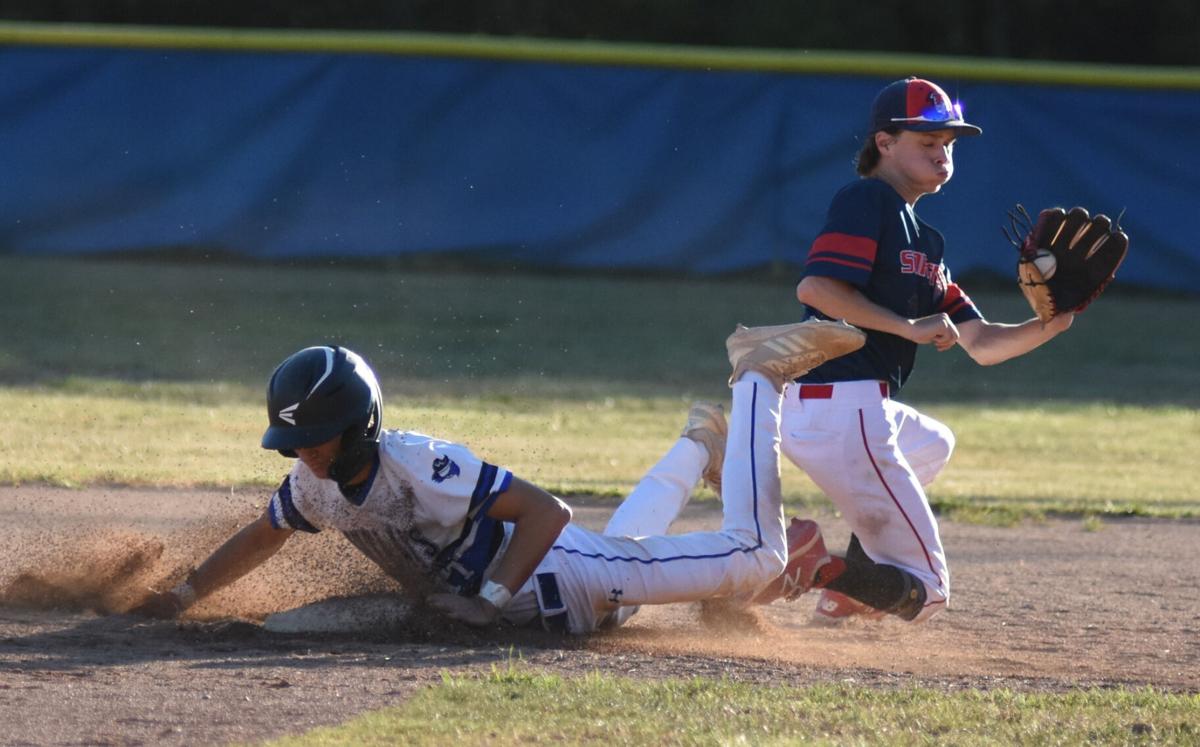 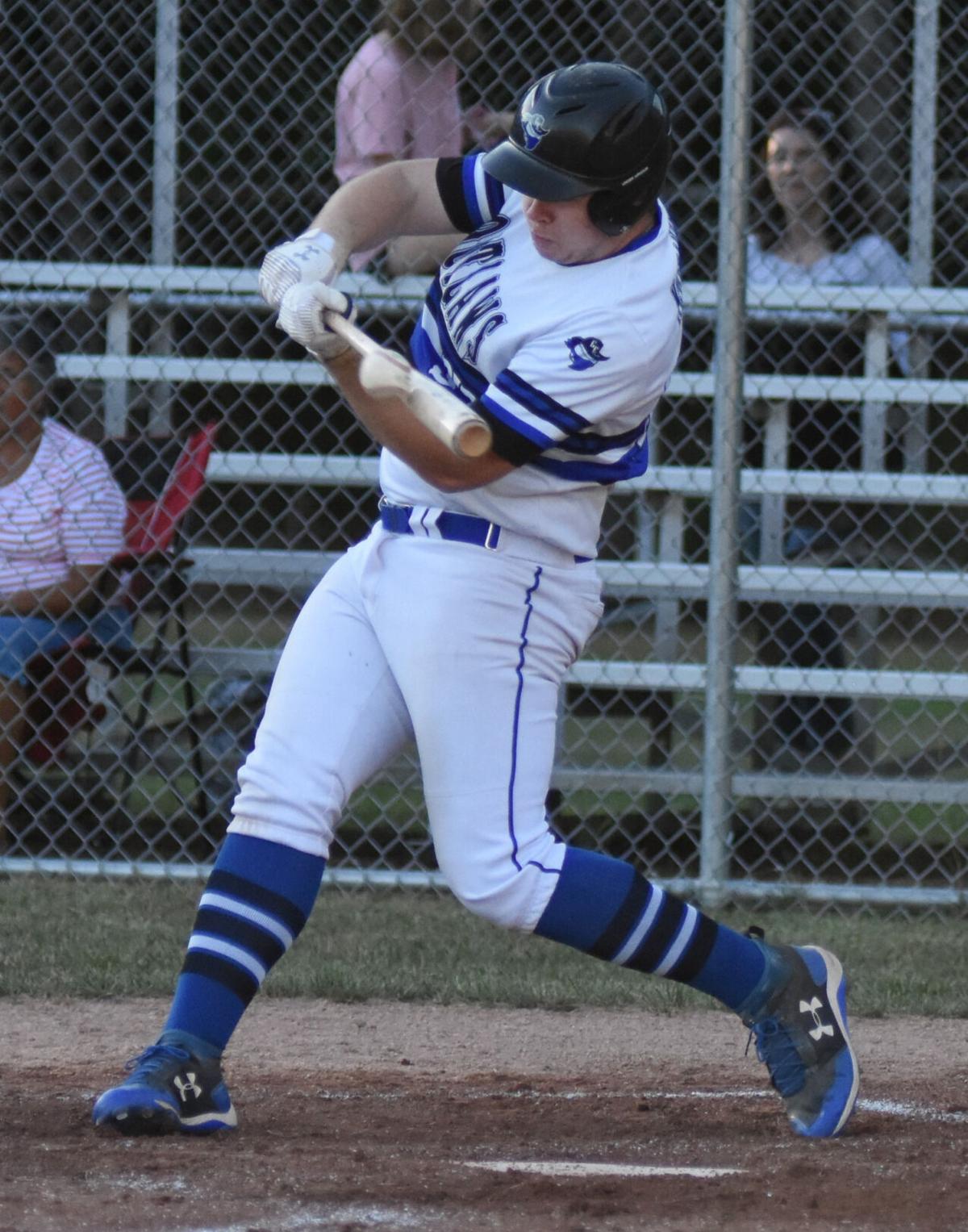 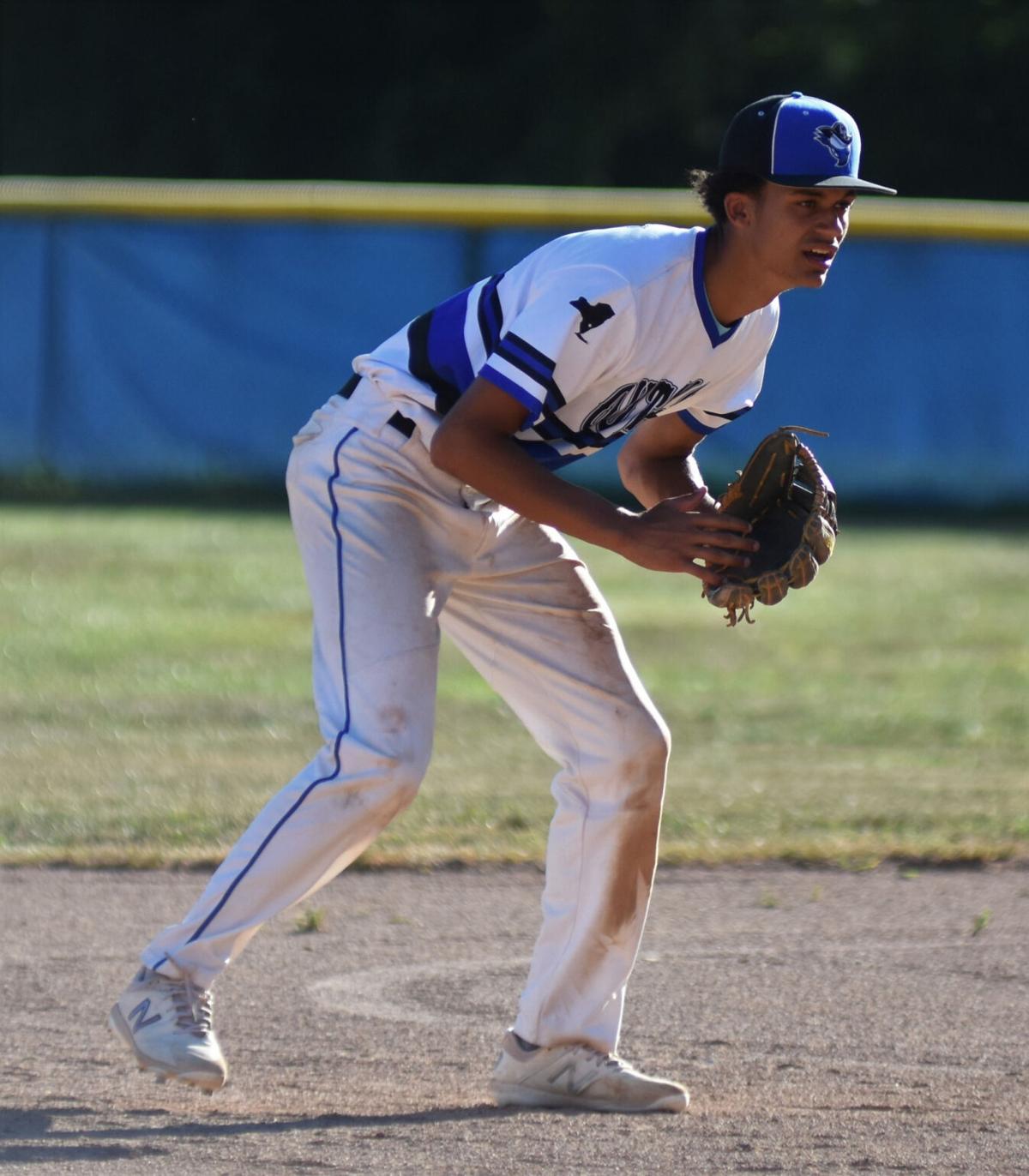 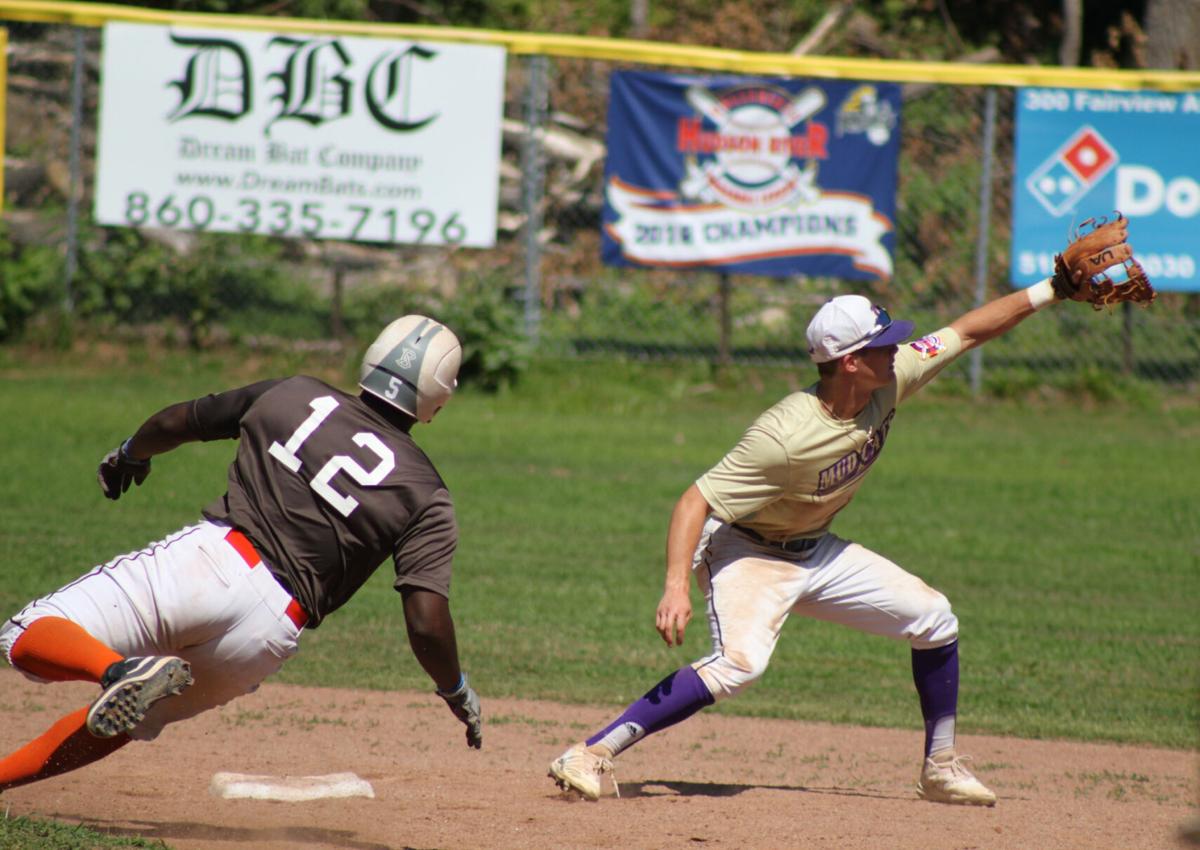 COXSACKIE — Isaiah Edmonds went 3 for 3 with two RBI and four stolen bases to spark the Greene County Outlaws 14U to a 6-2 victory over the Sorensco Falcons 15 in Friday’s Eastern New York Travel Baseball game at McQuade Park.

Edmonds doubled and stroked two singles for the Outlaws, who improved to 8-3. Dylan Norton added a double and single with two RBI, Casey Carroll and Matt Bowes both singled and Vic Gorman drove in a run.

Norton pitched the first five innings for the Outlaws, striking out seven and allowing just one run and five hits. Patrick McManus (2k,1bb,1r) and Gorman (1k,1bb) each pitched one inning.

Dom Pelizza pitched 7 2/3 strong innings, not allowing a base hit until the top of the eighth, striking out two, walking eight and surrendering two runs. Gavin Hartka pitched 1/3 of an innings and Kyle Danforth pitched one, striking out one and walking one.

Hartka led the Blackhawks with a pair of doubles and two RBI. Gabe Carpenter doubled, Tyler Peck had a single and an RBI, Pelizza and Max Frering each singled and Brandon Rossano knocked in a run.

The Blackhawks 13U are now 8-0 and have outscored their opponents, 130-28. They compete in the Super 8 Tournament starting on Friday at 6 p.m. against the Ballston Spa Bearcats at Abner Doubleday Field in Ballston Spa.

Gabe Carpenter contributed two singles and an RBI to the Blackhawks’ attack. Tyler Peck and Dom Pelizza both had a single and an RBI and Max Frering, Kyle Danforth and Jacob Macfarlane all drove in a run.

Rossano struck out five, walked two and allowing four runs and nine hits in going the distance for the victory.

PITTSFIELD — The Columbia Clippers and Berkshire Americans split their Eastern New York 12U Travel Baseball doubleheader on Sunday, the Clippers taking the first game, 9-1, and the Americans taking the second game, 7-1.

In the opener, Derek Clark collected three singles and two RBI for the Clippers. Jack Toussaint doubled and drove in two runs, Liam Mullins had a double and an RBI, Brayden Conrad doubled, Isaac Lasher, Demetrio Morales, Dan Wiese and Logan Fink all singled and Jackson Purdy and Neil Murphy both drove in a run.

Morales was the winning pitcher, striking out four, walking one and allowing a run and three hits in a route-going performance.

In the nightcap, Conrad had a double and single in the Clippers’ loss. Morales doubled and knocked in a run and Clark, Purdy and Neil Murphy each had a single.

TROY — The South Troy Dodgers plated the decisive run with one out in the bottom of the seventh inning to earn a 4-3 victory over the Columbia Clippers 12U Blue in Sunday’s Eastern New York Travel Baseball game.

Cameron Newkirk staked the Clippers to a 2-0 lead in the first inning with a two-run homer. Jacob Wagoner added two singles, Colton Hutson had a single and an RBI and Dylan Dibble and Maky Kirby both singled.

GOSHEN, VT — Green Mountain overcame a 4-1 deficit with four runs in the fifth inning and held on to defeat the Columbia-Clippers 12U Blue, 5-4, in Saturday’s travel baseball game.

Cameron Newkirk drilled a solo homer and a single for the Clippers. Dylan Dibble and Colton Hutson all singled.

Dibble went the distance on the mound for the Clippers, striking out four walking one and allowing five runs and 10 hits.

COXSACKIE — J.J. Irwin went 3 for 3 with three RBI to lead the Greene County Outlaws to a 9-3 victory over the Niskayuna Warriors in Sunday’s Eastern New York 8U Travel Baseball game.

Ryan Harris tripled and singled with two RBI for the Outlaws. Aiden Harris had two singles and an RBI and Griffin Roth two singles. The Outlaws had 10 stolen bases with Braden Martin and Roth each swiping two bags.

Max Van Etten came on to pitch with one out in the fifth and struck out the two batters he faced before the game was stopped because of the 10-run rule.

Aiden Harris singled and drove in two runs for the Outlaws. Van Etten had a single and an RBI, Ryan Harris collected two singles, Colton King had two RBI and Everett Nack, J.J. Irwin, Kaden Paterson and Andrew Favicchio all had an RBI.

Grace Alvarez had two singles and drove in the Outlaws’ only run. Riley Sitcer and Ava Heffner each had a single.

Gabby Logue pitched three innings for the Outlaws, striking out one, walking four and allowing seven runs and six hits. Emily Mesick struck out two, walked one and surrendered two runs and one hit in one inning.

Gabby Logue fired a one-hit shutout as the Greene County Outlaws 14U defeated the Stillwater Renegades, 12-0, in an Eastern New York Travel Softball game on Sunday.

Logue struck out two and walked one in leading the Outlaws to victory.

The Greene County Outlaws pulled away from a 2-2 tie with two runs in the fourth and two more in the fifth and went on to defeat the Hoosick Falls Fury, 6-4, in Saturday’s Eastern New York Travel Softball game.

Anna Joyce scattered seven hits in a route-going performance as the Guilderland Xplosion 14 knocked off the Greene County Outlaws 14, 8-2, in an Eastern New York Travel Softball game on Saturday.

Joyce struck out four and walked two for the Xplosion.

Grace Alvarez tripled for the Outlaws. Ava Heffner had a triple, single and an RBI, Emily Mesick singled and knocked in a run and Liz Holliday and Riley Sitcer each had a single.