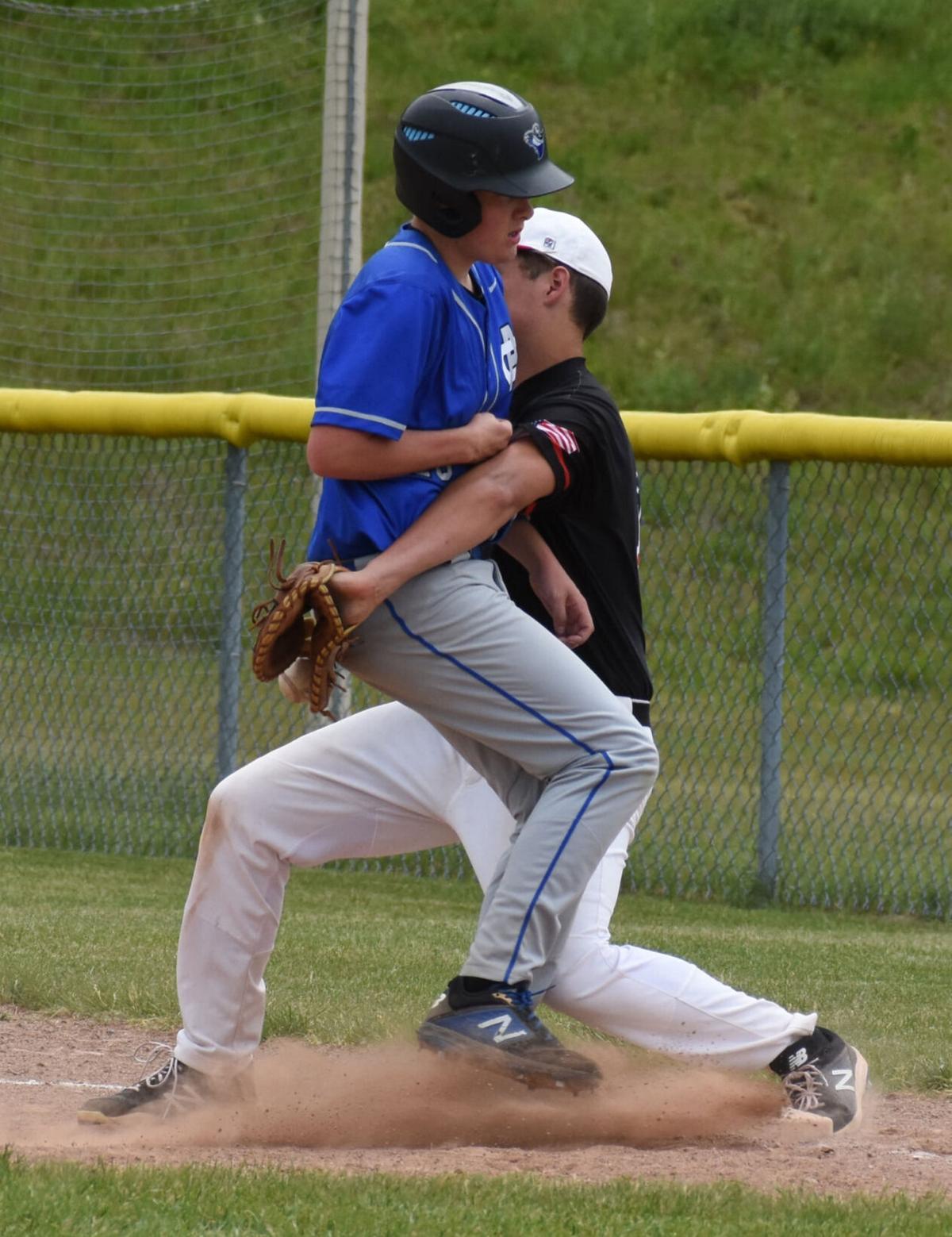 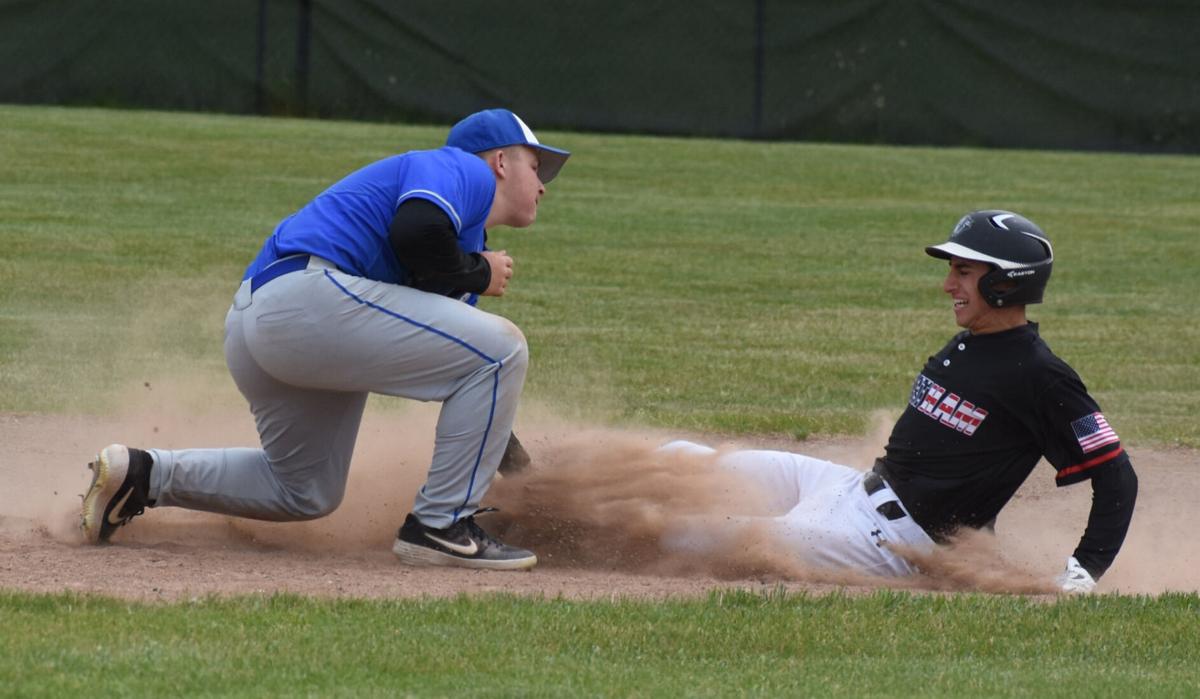 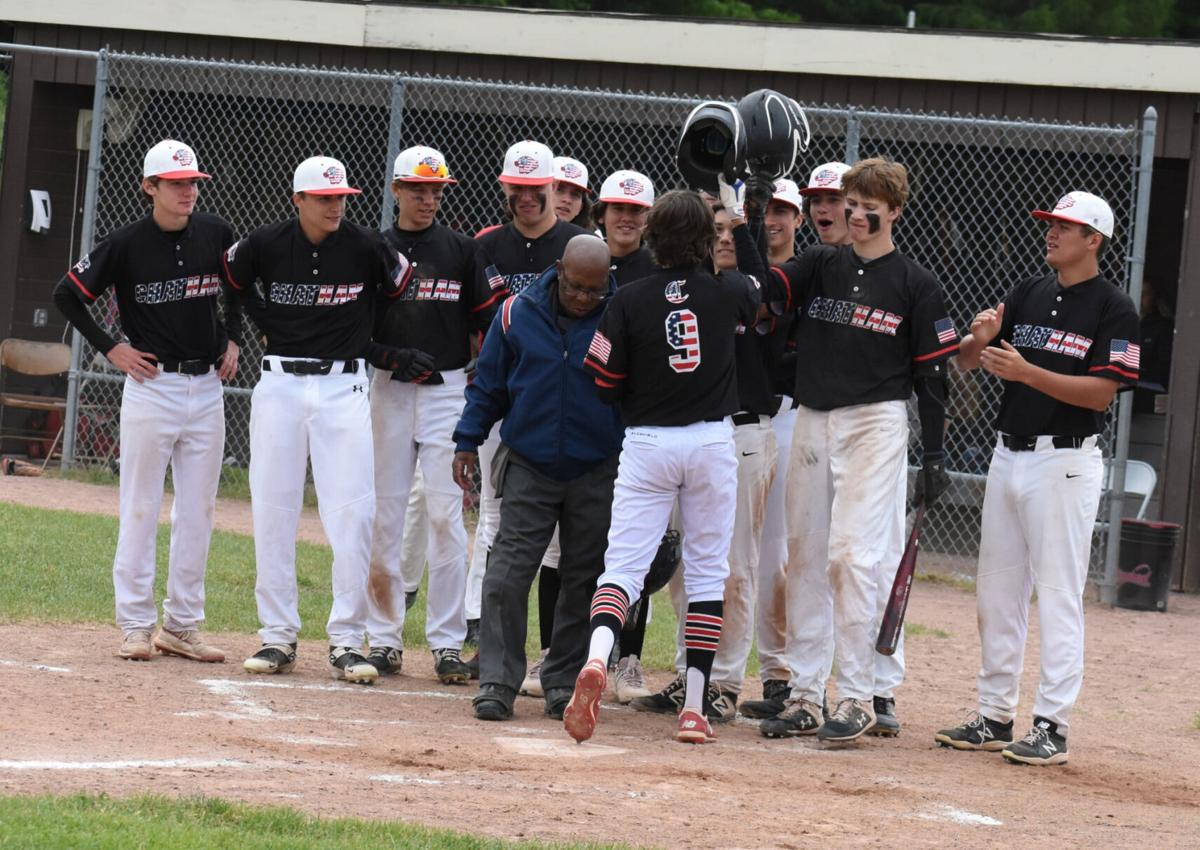 Tim Martin/Columbia-Greene Media Chatham’s Tate Van Alstyne (9) is greeted at home plate by his teammates after slugging his fourth home run of the season during Friday’s Patroon Conference game against Coxsackie-Athens. 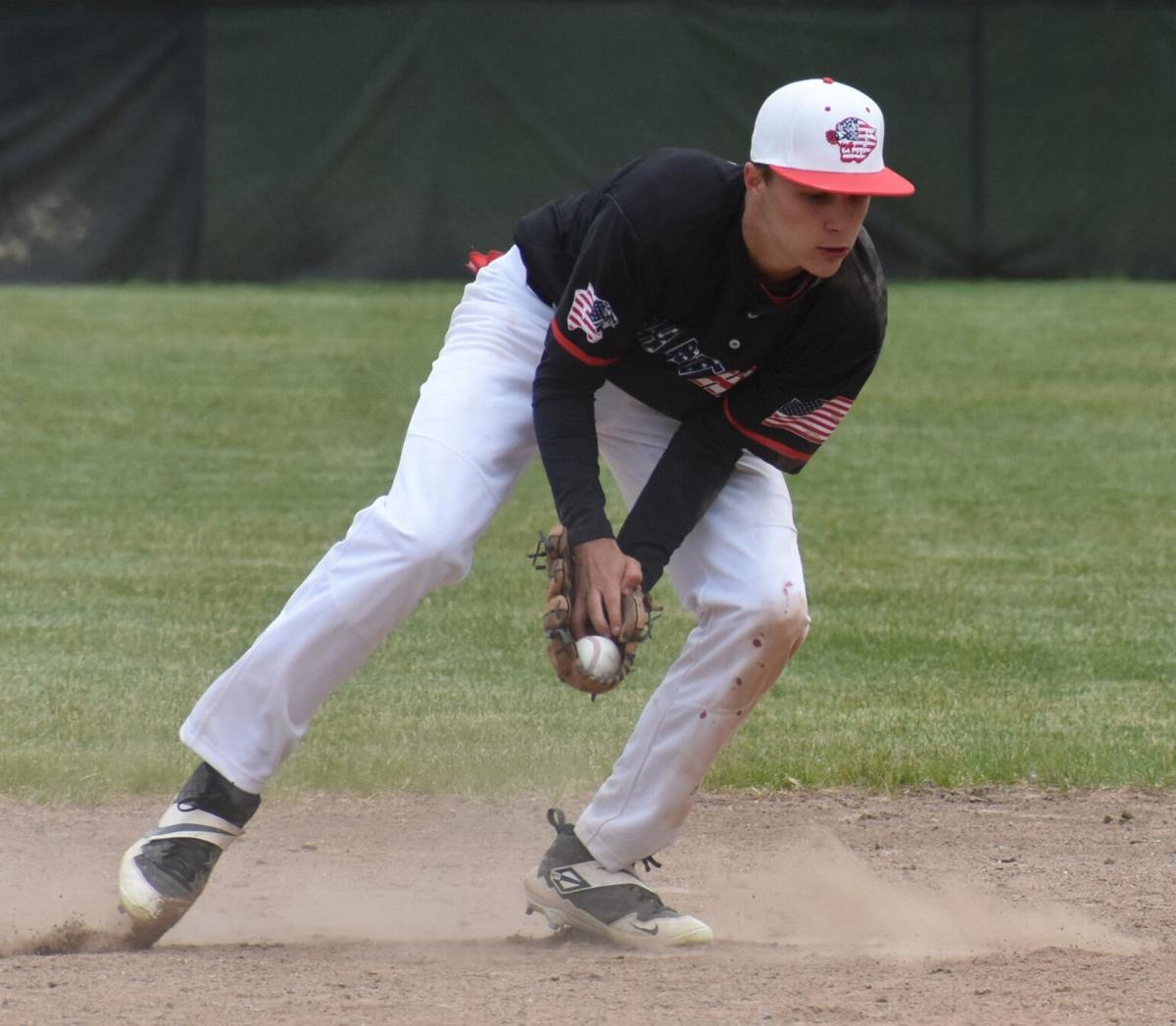 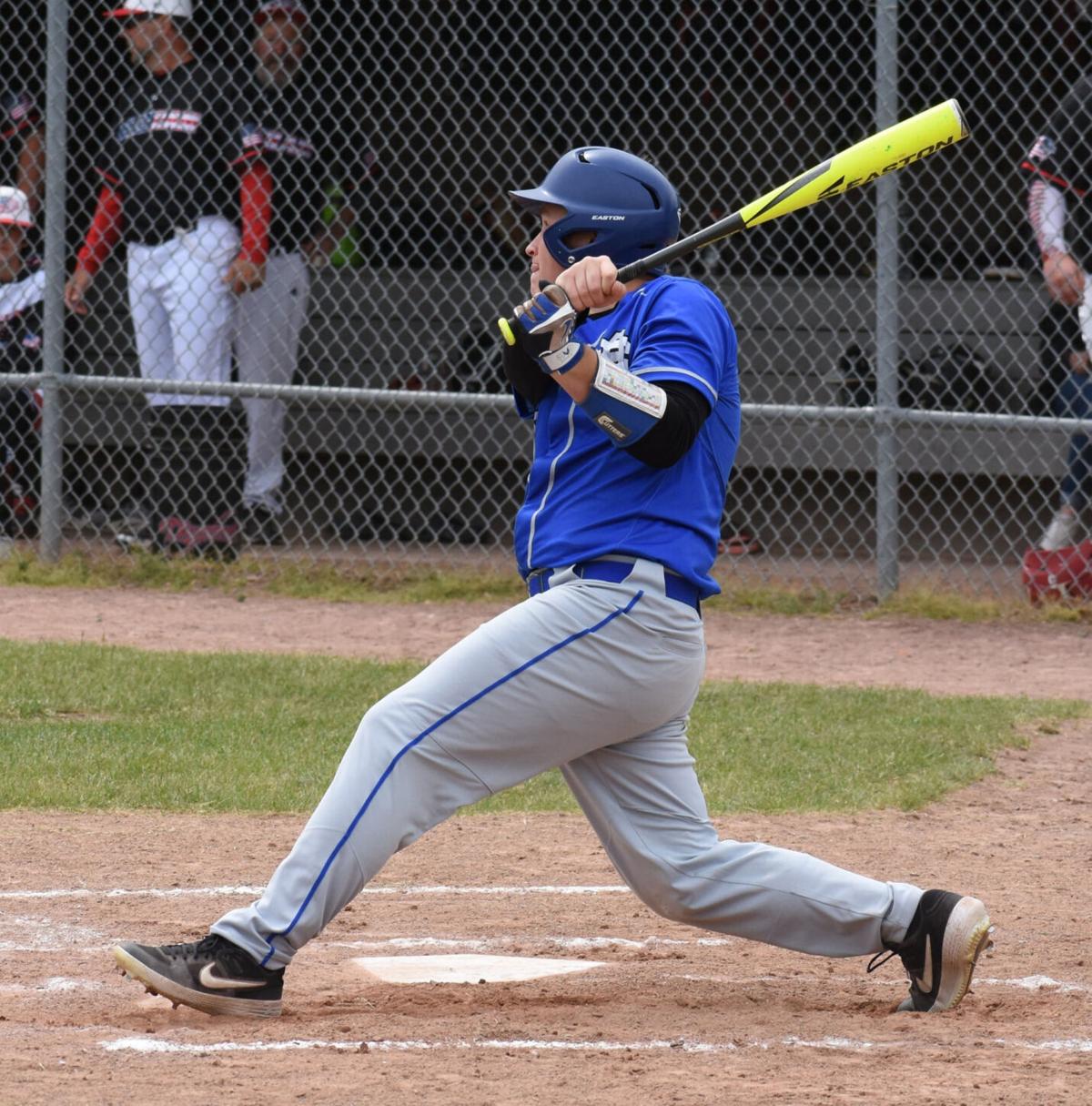 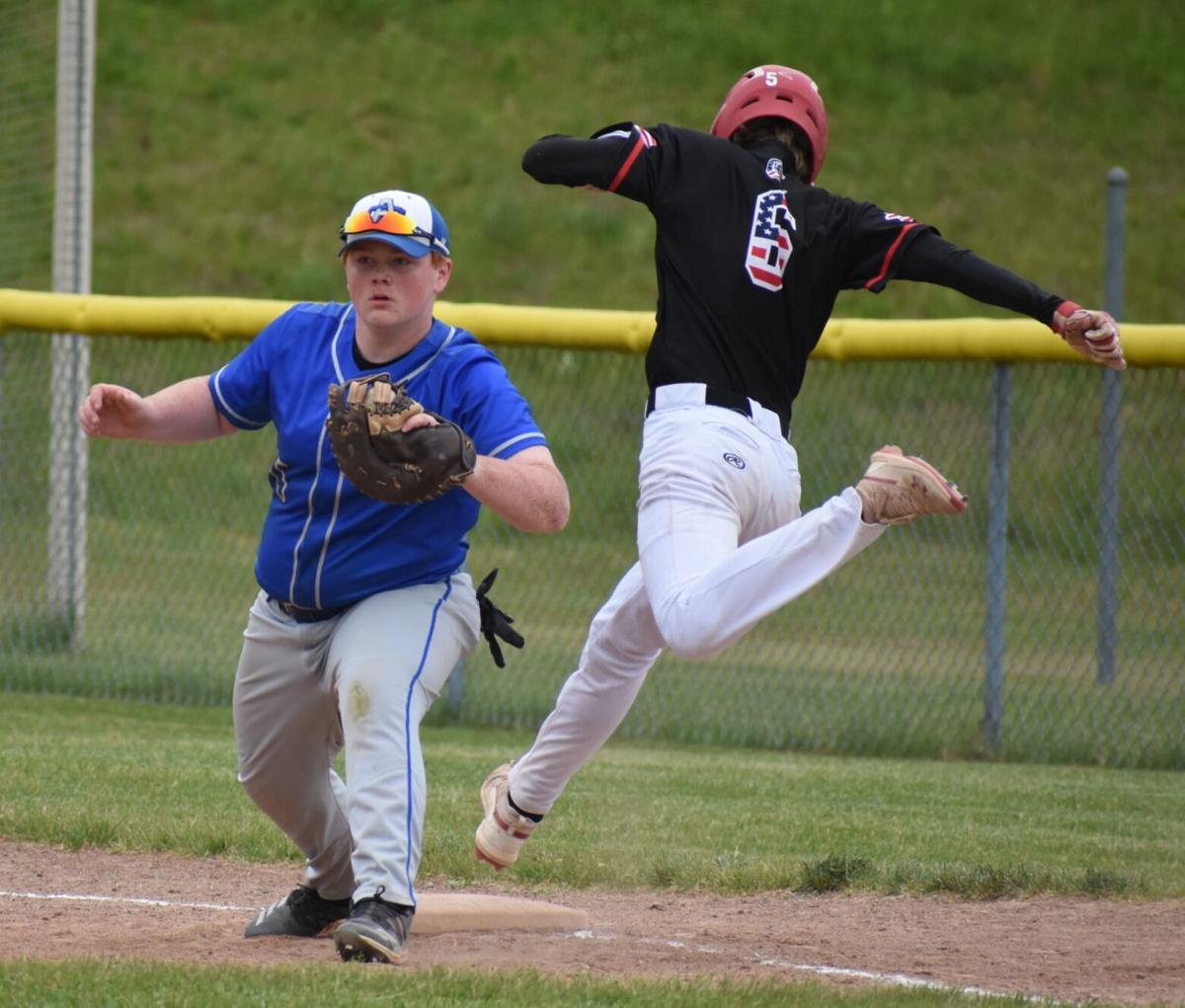 Tim Martin/Columbia-Greene Media Chatham’s Vinnie Marasco is out by a step at first base as Coxsackie-Athens first baseman Keegan O’Callaghan takes the throw during Friday’s Patroon Conference game.

Tim Martin/Columbia-Greene Media Chatham’s Tate Van Alstyne (9) is greeted at home plate by his teammates after slugging his fourth home run of the season during Friday’s Patroon Conference game against Coxsackie-Athens.

Tim Martin/Columbia-Greene Media Chatham’s Vinnie Marasco is out by a step at first base as Coxsackie-Athens first baseman Keegan O’Callaghan takes the throw during Friday’s Patroon Conference game.

The game was stopped in the fifth inning because of the 10-run rule.

Van Alstyne also singled and finished with two RBI for the Panthers. Jacob Rippel had two doubles and two RBI, Michael Pierro tripled and singled with two RBI, Grayson Van Wie doubled and drove in a run, Matt Thorsen had two singles and an RBI, Cam Horton and Tyler Kneller contributed two singles apiece, Gavin Tanner had a single and an RBI and Vinnie Marasco had an RBI.

Josh Kiefer had two doubles and an RBI for C-A. Christian Tedford added a single and an RBI, Sam Mozzillo, Keegan O’Callaghan and Dillon Hynes all singled Michael O’Connor drove in a run.

Thorsen got the win for Chatham, striking out eight, walking six and allowing three runs and six hits.

Hynes and Mozzillo combined to allow 13 runs and 14 hits with one strikeout and seven walks.

GREENVILLE — Isaiah Edmonds pitched a two-hit shutout with 11 strikeouts in his first start on the mound this season as Greenville topped Catskill, 10-0, in Friday’s Patroon Conference baseball game.

Cole Flannery had a triple and single with two RBI for the Spartans. Eli Larson tripled and drove in a run, Jack Motta and Jake Miller each had two singles, Joe Domermuth singled and drove in two runs and Sam Buquet, Trey Smith and Sam VanAuken all singled.

Azar Brantley and Josh Buffa each had a single for Catskill.

GREENVILLE — Chatham softball broke up a 1-1 tie with single runs in the sixth and seventh innings and held on to edge Greenville, 3-1, in Friday morning’s Patroon Conference softball game.

The game featured a pitcher’s duel between two of the top pitchers in the league -- Chatham’s Emily Mesick and Greenville’s Melody Kappel, both of whom allowed just three hits. Mesick struck out nine and walked one, while Kappel struck out 13 and walked one.

Kersten Keeler homered and drove in threevruns for the Titans. Mottoshiski helped her own cause with a triple, two singles and three RBI, Michaela Masten singled and drove in a run, Macayla Sparacino and Kylie Johnson both singled and Skyler Waterhouse and Autumn Sachs each had an RBI.

Olivia Plaia had a triple for Hudson. Abby Jepsen and Lily Kritzman both singled.

Plaia and Gabby Logue pitched for the Bluehawks, combining for seven strikeouts and six walks, while allowing nine runs and seven hits.