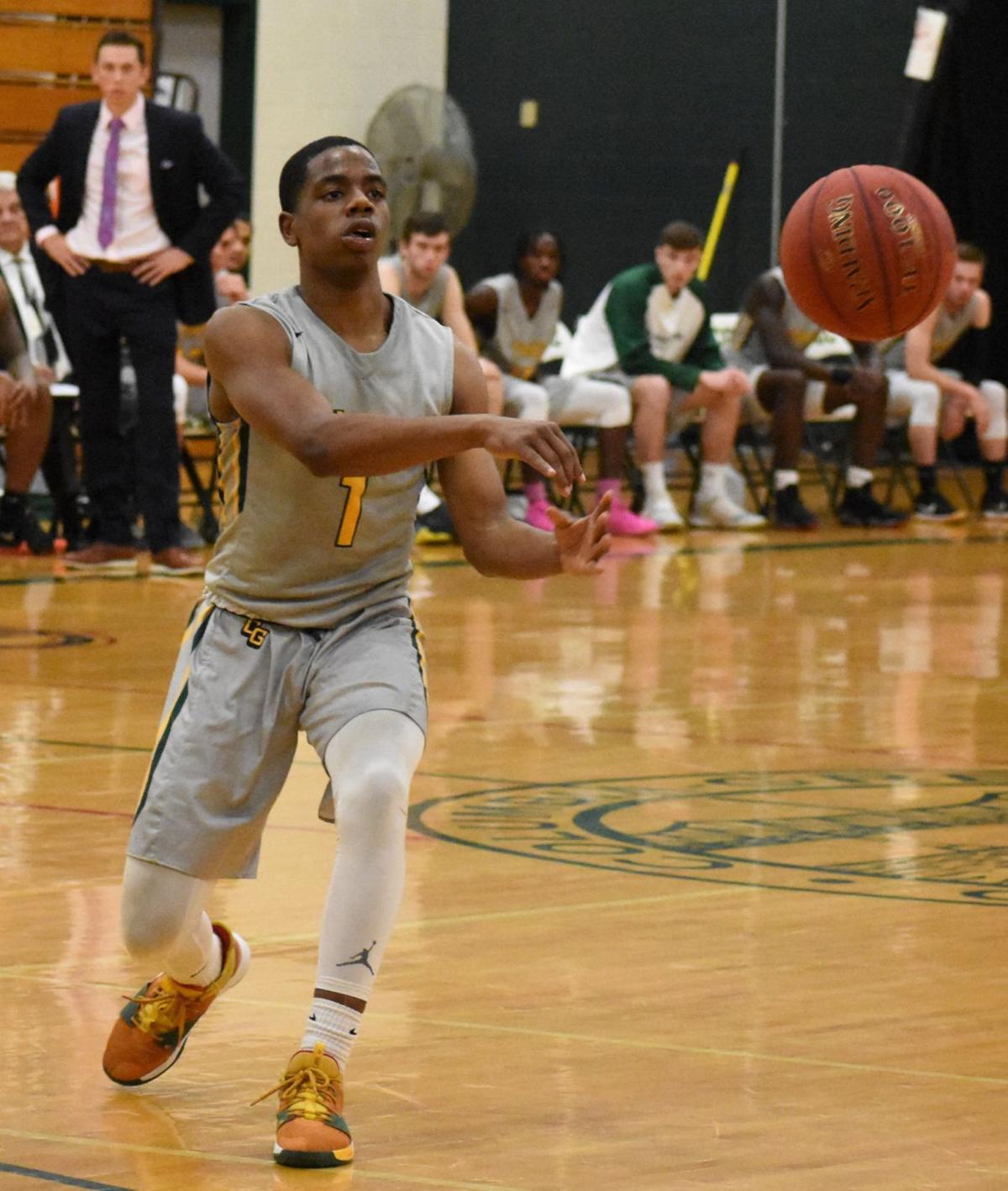 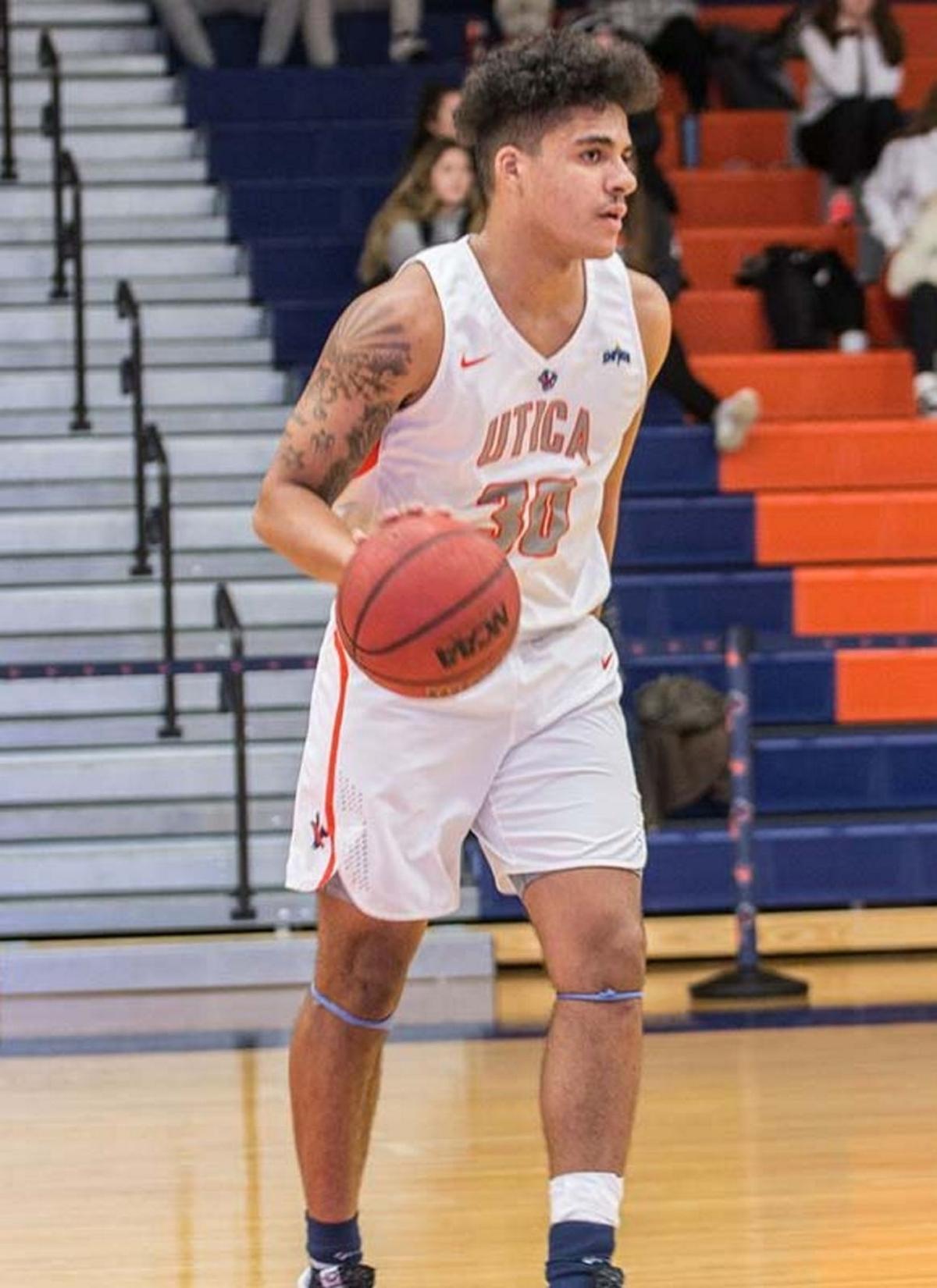 Utica College photo Catskill graduate Justice Brantley had a season-high 16 points to spark Utica College to a 95-62 victory over SUNY Delhi in the Utica Classic on Sunday.

Utica College photo Catskill graduate Justice Brantley had a season-high 16 points to spark Utica College to a 95-62 victory over SUNY Delhi in the Utica Classic on Sunday.

HUDSON — Columbia-Greene Community College sophomore guard Kaijah Rodgers is No. 1 in the nation in assists per game average, according to statistics compiled by the National Junior College Athletic Association.

Rodgers, a Syracuse Henninger graduate, is averaging 10.7 assists per game through the Twins’ first 13 games of the season. He also averages 10.2 points per contest, with a season-high 19 coming in a 112-108 victory over Cayuga CC on Nov. 16.

Rodgers’ backcourt mate, Rande Harper, is currently second in Region III in scoring with a 20.9 per game average. The freshman from Greenville, N.C. has scored 251 points in 12 games and has reached at least 20 points in eight games. His season-high of 39 came against Cayuga CC.

Sophomore Myles Ukoh is No. 1 in blocked shots in Region III, rejecting 4.4 opponents shots per game. The 6-5 forward is ninth in Region III in scoring with a 16.7 points per game average.

Green Tech graduate Cameron Thomas has been one of the Twins’ top rebounders through the first half of the season, grabbing 10.2 per game, which ranks fifth in Region III.

The Twins currently rank fifth as a team in average points scored per game, with close to 83 per contest. Mohawk Valley CC is the top scoring team in the Region, averaging 96 points per game.

Columbia-Greene returns to action on Tuesday with a home game against Hudson Valley Community College.

Brantley knocked down 5 of 7 shots from the field, including a 2 of 3 performance from three-point range, and grabbed three rebounds as the Pioneers improved to 8-2.

Despite suffering their first losses of the season over the holiday break, the Catskill and Germantown boys basketball teams are still ranked among the top 25 teams in the state in their respective classes.

Catskill lost to Class A Mekeel Christian in the Kirvin Cup Classic after winning its first six games and fell eight spots to No. 16 in Class B.

Center Moriches, from Section XI, remains No. 1 in Class B, with Lowville, of Section III, at No. 2.

Germantown lost a 59-57 decision to Rensselaer in the opening round of the Taconic Hills Holiday Tournament and fell five spots to No. 15 this week in Class D.

Section VI’s Panama is No. 1 in Class D, with Chategeauy, from Section X, at No. 2