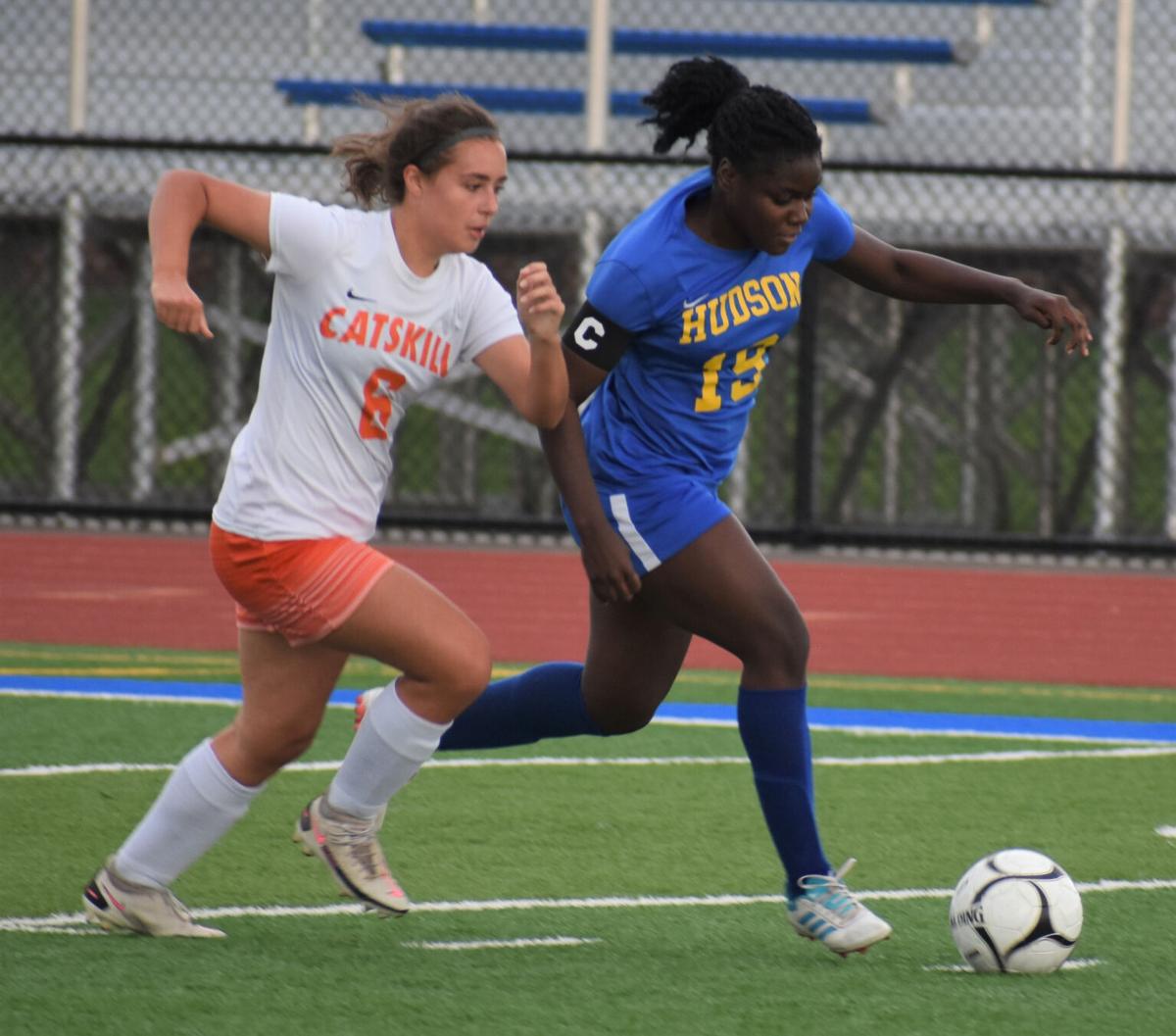 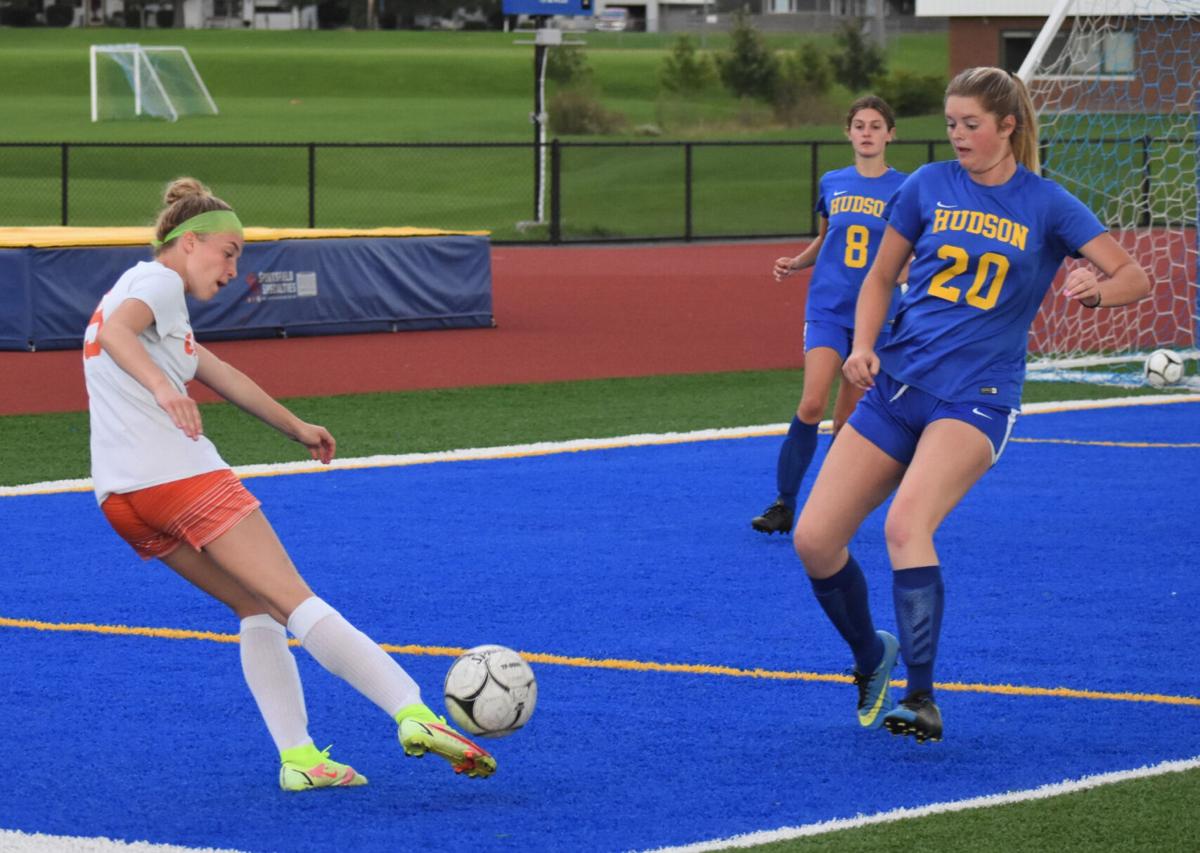 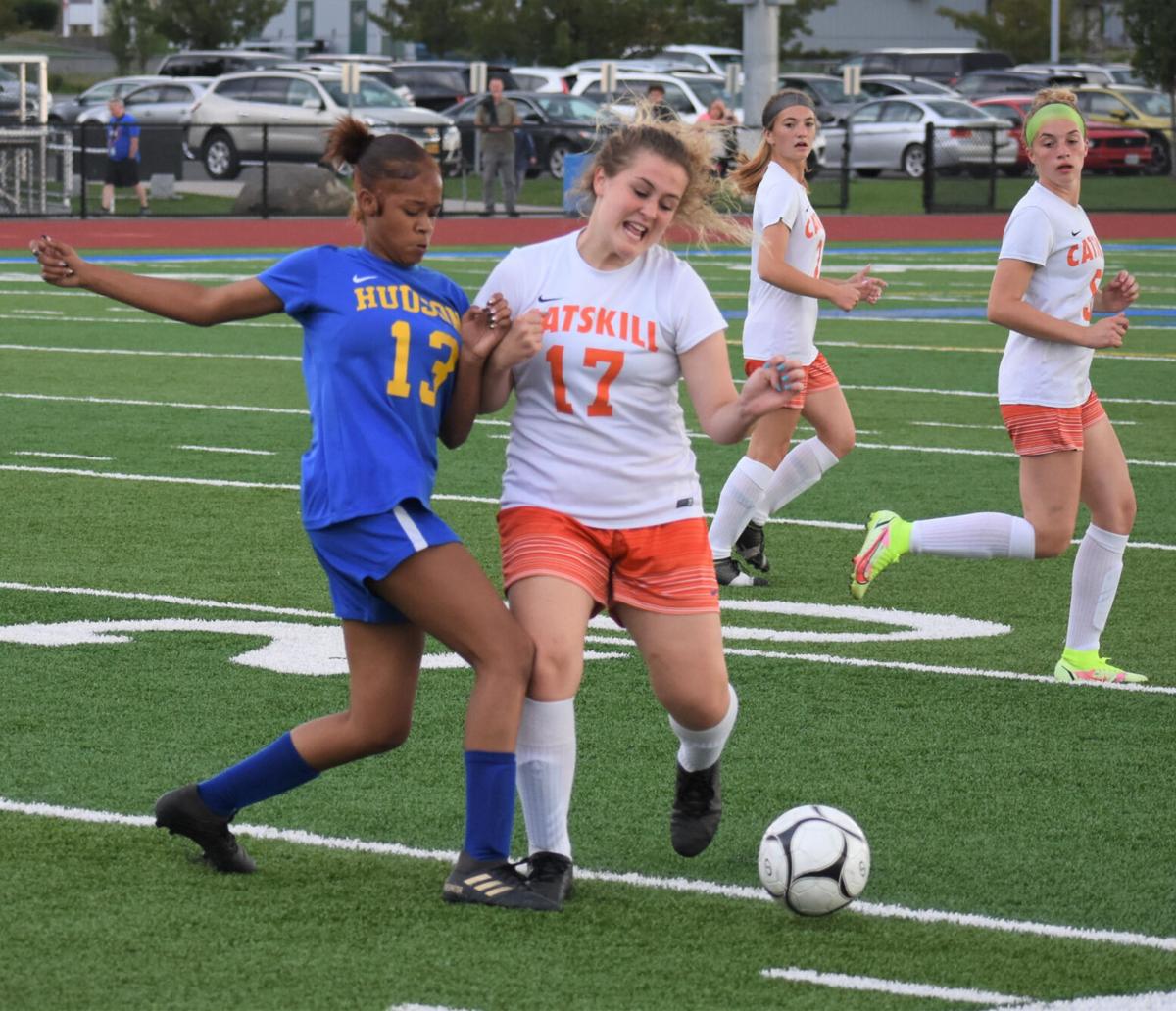 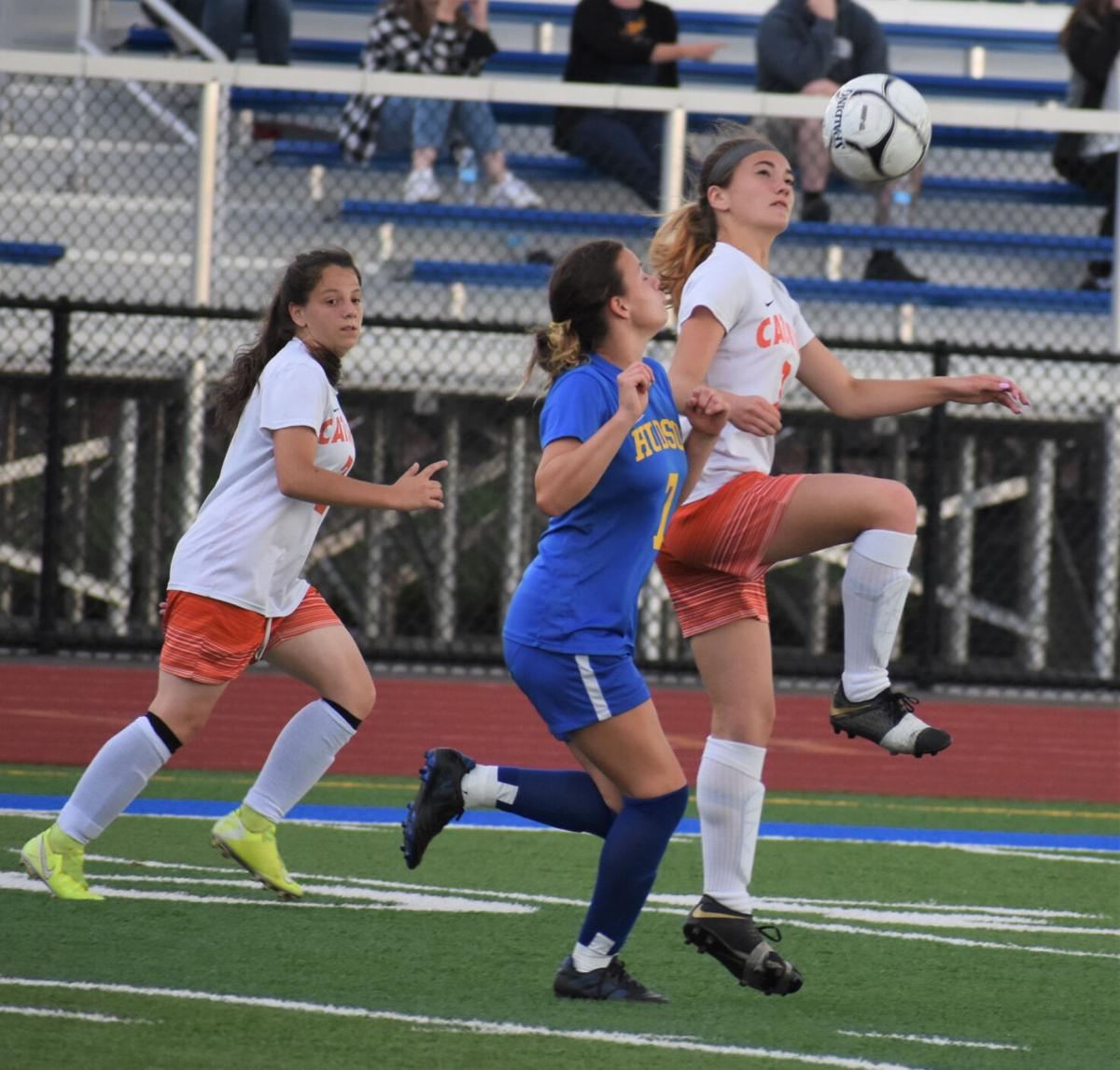 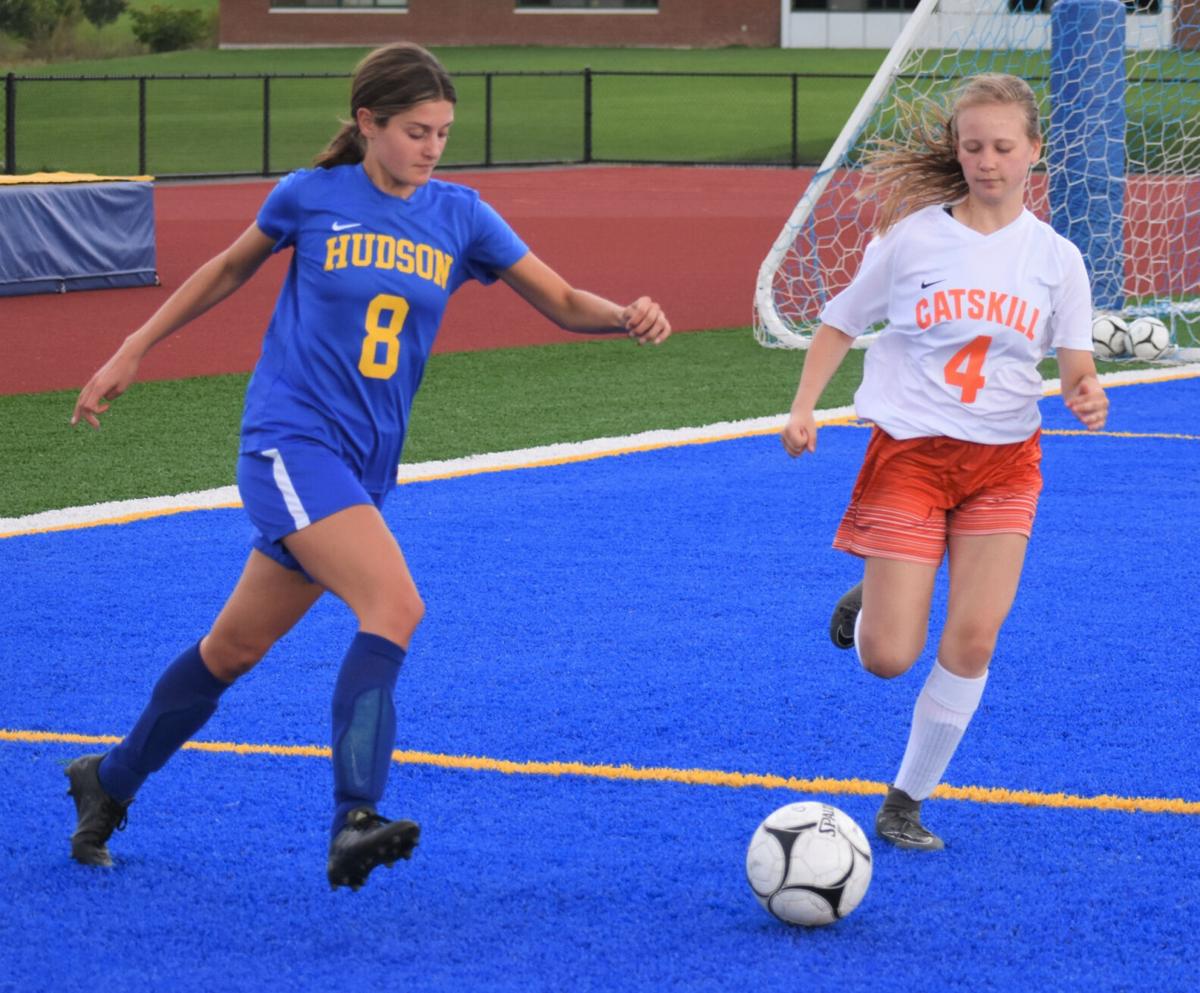 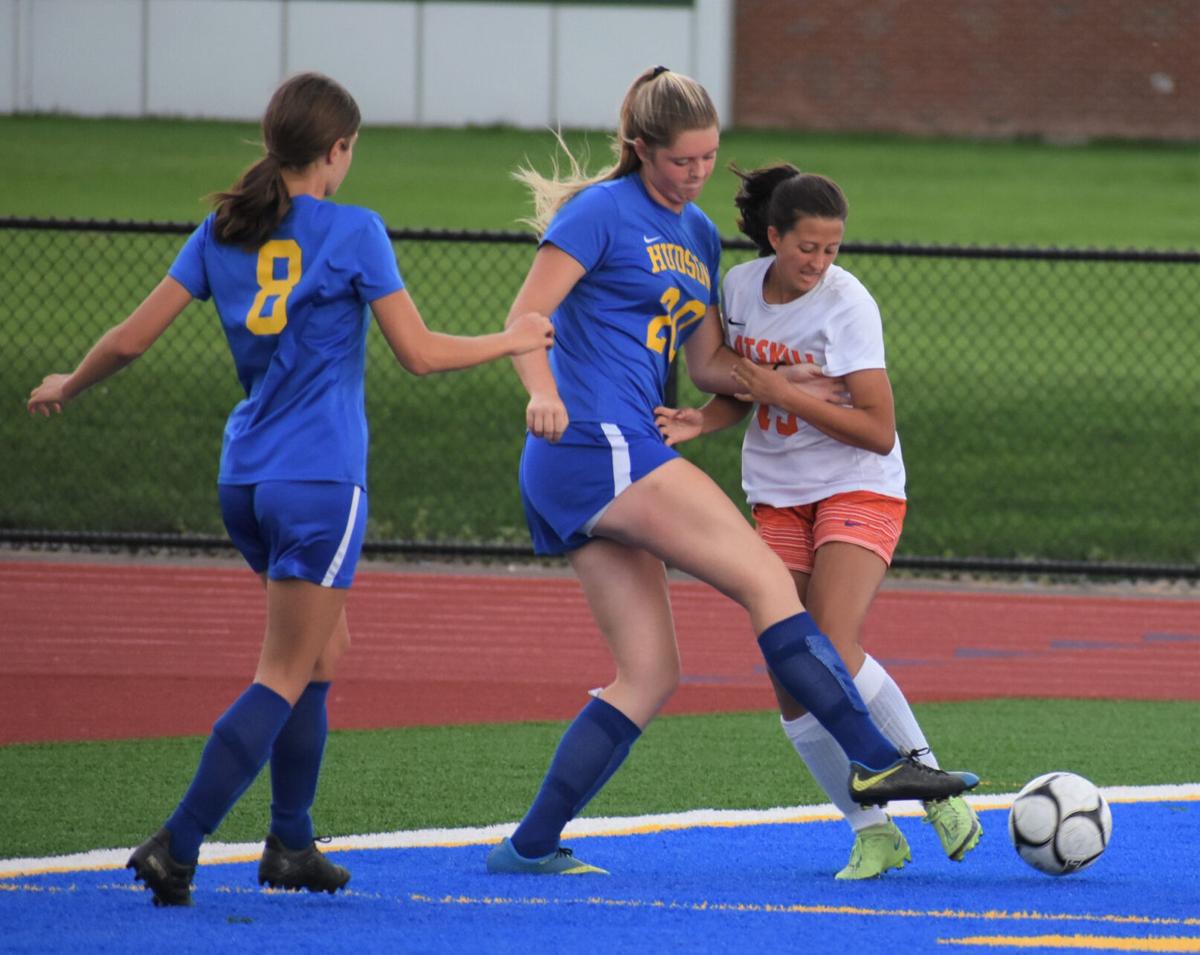 Jillian Devlin and Alex Hallam also scored fr the Cats. Burbas, Abby Corneison and Kaelyn Bulich each had an assist.

Hudson travels to Rensselaer on Wednesday at 4:15 p.m. and Catskill goes to Coxsackie-Athens on Friday at 7 p.m.

GREENVILLE — Greenville raced out to a 5-0 lead by hlaftime and went on to defeat Coxsackie-Athens, 6-0, in Monday’s Patroon Conference soccer game at Greenville High School.

Ella Mulholland and Cameryn Childs both had two goal for the unbeaten Spartans (9-0, 8-0 Patroon). Ella Grupe and Emma Haller each had one goal. Emersyn Grupe contributed two assists

CATSKILL — Hudson visited Catskills new turf for a Patroon Conference bys soccer rematch of a close game earlier this season and the Cats earned a 5-2 victory.

This one would see Catskill control play throughout the first half and put up a 3-0 halftime score.

Hudson would make it 3-1 on a Abid Ali goal. Catskill would add 2 more second half goals and Hudson’s Ali connected for a second goal to complete the scoring.

Eddie Rogers had 3 goals for the Cats, while Chase Allen and Ryan Carter both had one. Riley Street, Nate Timot, Zander Schantz, and Carter VanEtten all had an assist.

Catskill goes to Coxsackie-Athens and Hudson visits CAiro-Durham on Friday at 4 p.m.

WATERVLIET — Chatham traveled to Watervliet to meet up with the Cannoneers under the lights on Monday night and the Panthers earned a 9-2 Patroon Conference boys soccer victory.

The Panthers found the net early with a goal from Miguel Cassarubias off a Tobias Jeralds assist. Tobias Jeralds, would add one himself soon after to make the score 2-0.

Chatham would add four more before half to make it 6-0 at halftime. Chatham tacked on three more goals in the second half, but the young and determined Watervliet squad would hustle and work hard until the end, earning a late free kick which was redirected into the net and finishing a goal late from the penalty spot for the 9-2 final.

Chatham hosts Loudonville Christian in a non-league match on Wednesday at 4:15 p.m.

VOORHEESVILLE —The Ichabod Crane Riders traveled to Voorheesville to take on the Blackbirds in a Colonial Council matchup, falling to the Blackbirds, 3-2.

Voorheesville came out fast and furious and was able to score two very quick goals on the Riders.

Ichabod Crane fought back and were able to get one back on a Joe Desmonie cross to Zach Zeyak. The pass fell perfectly in Zeyak’s stride and he was able to slip it past the Voorheesville keeper.

The score remained 2-1 going into the half. The Riders rode that momentum into the second half consistently put pressure on the Blackbirds goalkeeper.

Voorheesville mounted several scary attacks but was denied by the Rider’s keeper, Luke Desmonie. With just 90 ticks left in regulation, the Riders won a corner kick and that is where Zach Zeyak sent a lovely ball to the foot of defender Erick Loyola who volleyed a screamer past the keeper, evening the score at 2-2.

The game was soon sent into overtime. Both teams came out charged and created a couple of chances, but it was the Blackbirds that finished off the game when a through ball found the foot of their striker and he went around the Riders keeper and put the ball in the back of the net.

Ichabod Crane travels to Albany Academy on Wednesday at 4:30 p.m.

Elle Atwood put the Titans in front, 1-0, with an unassited goal in the opening quarter.

Rylee Jause added an insurance with an assist from Marilyn Roque-Velasquez in the final stanza.

“Coxsackie-Athen’s defense made us work very hard to earn this win,” Taconic Hills coach Angela Webster said. “Overall, I was pleased with our stronger passes and cutting to ball.”

Coxsackie-Athens goes to Kingston on Wednesday at 4:15 p.m. and Taconic Hills hosts Emma Willard on Thursday at 6:15 p.m.