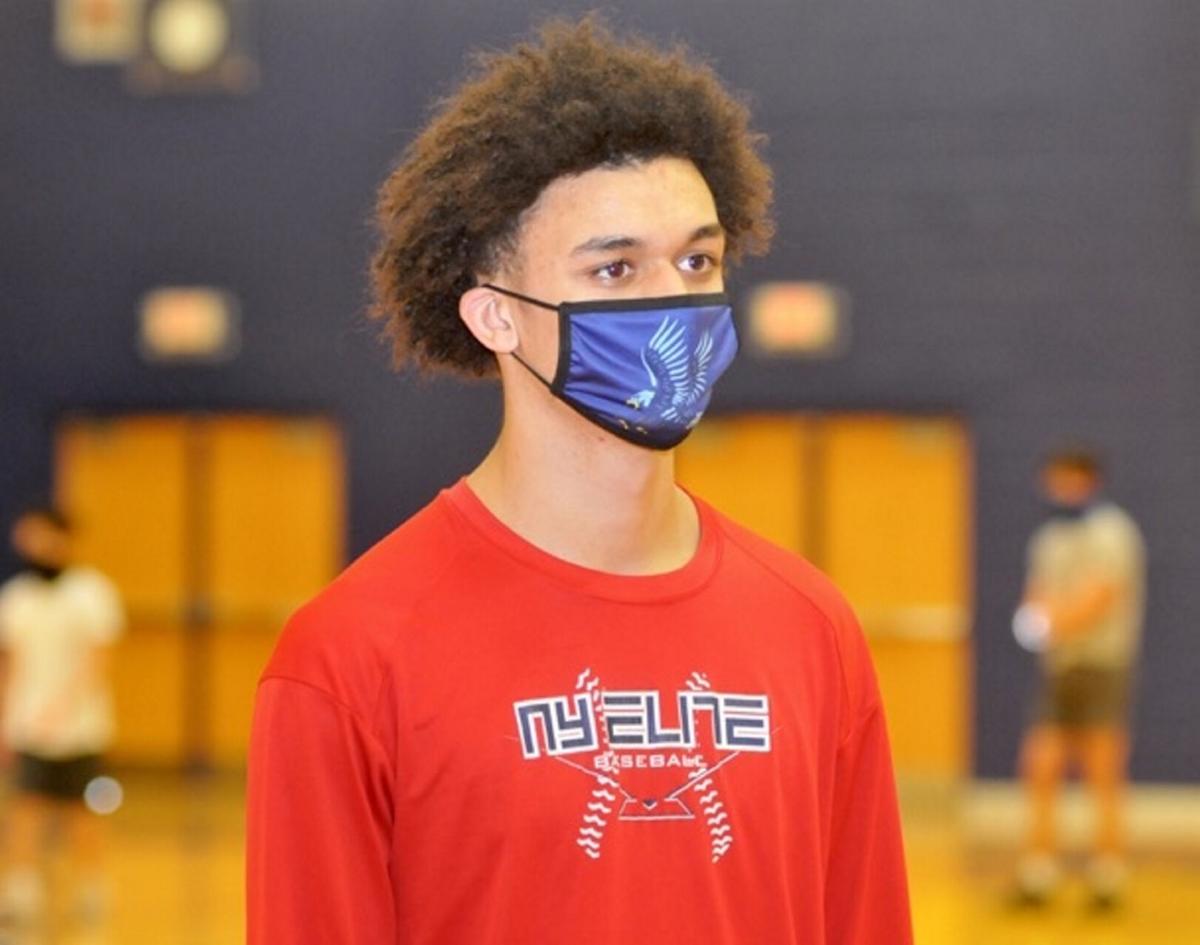 Photos by Jalani Robles Some scenes from Tuesday’s opening day of practice for high-risk winter sports at Hudson High School. 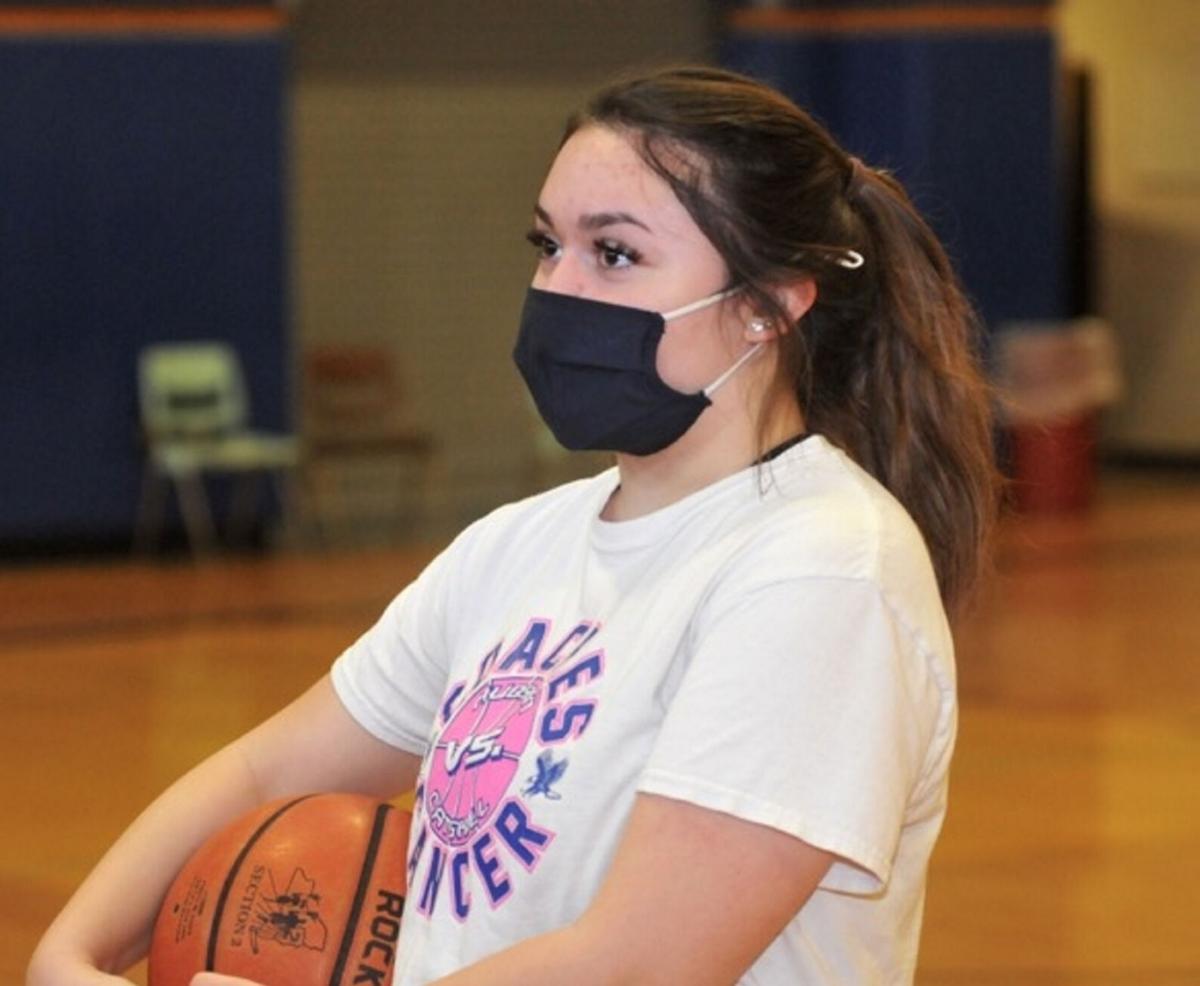 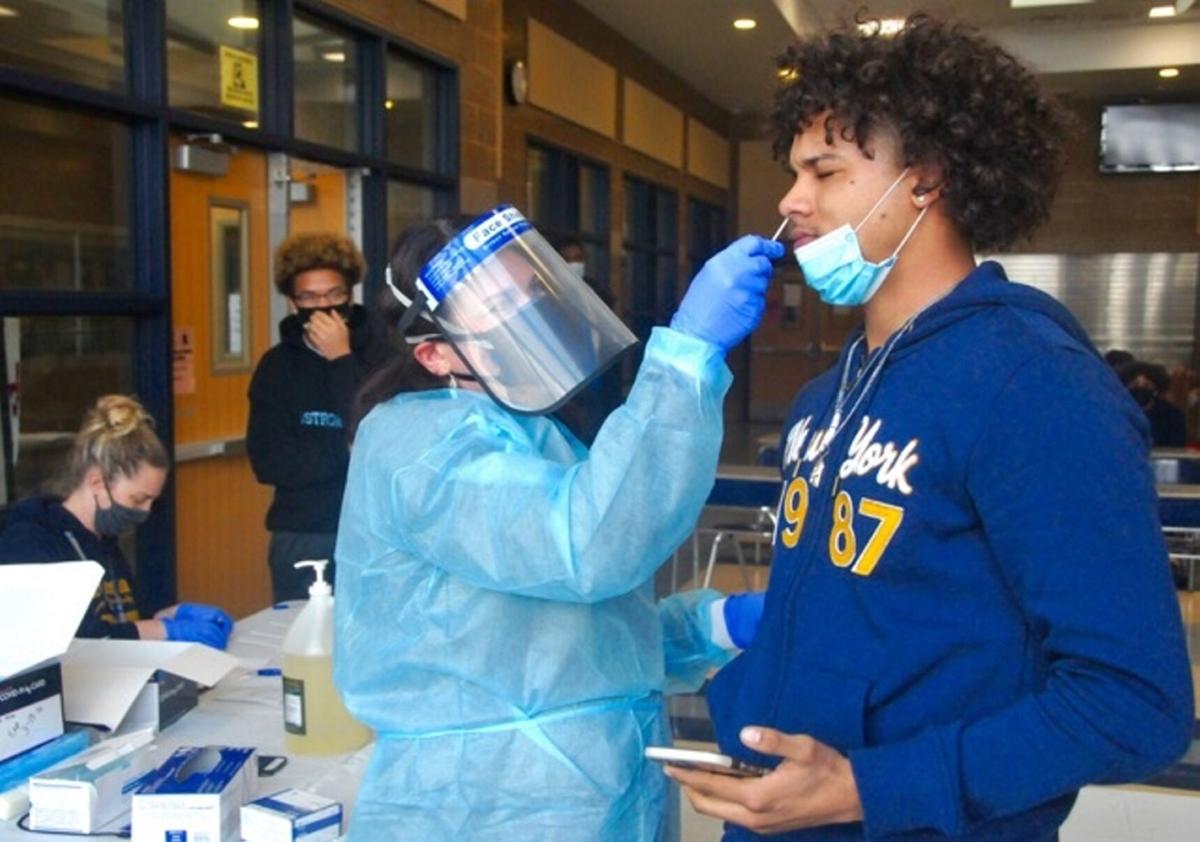 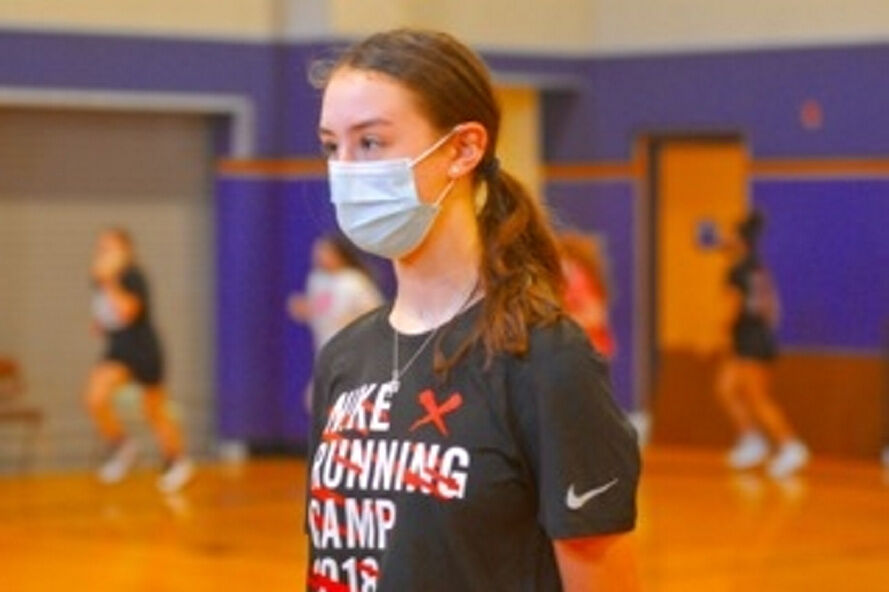 Photos by Jalani Robles Some scenes from Tuesday’s opening day of practice for high-risk winter sports at Hudson High School.

That is the general consensus of local coaches and athletes now that high school high-risk sports have been given the green light to begin practicing, with games scheduled for as early as this weekend.

The winter sports deemed high risk — boys and girls basketball, wrestling, boys volleyball, competitive cheer — were scheduled to start in December, but the coronavirus pandemic put those plans on hold until this past week when schools were given the go-ahead to begin practicing. The winter sports season will run through March 13.

Each team is required to have six practices before games can be played. Greenville and Ichabod Crane’s basketball programs have been practicing since late last week and are scheduled to play their first games on Saturday. Other schools began practicing this week, while Catskill basketball has not practiced yet, but is hoping to get the OK on Friday. Patroon Conference games are slated to start next week.

Even with an abbreviated season, coaches are just happy their kids will get a chance to play.

“I’m truly excited for all the student athletes to get the opportunity to play and compete for the winter season,” Catskill girls basketball coach Chris Quinn said. “It’s been a long year and for the seniors I’m just glad they get the opportunity to end their careers actually on the court. Most teams are practicing and getting ready for games and a few of us will be getting going very soon.”

With the uncertainty surrounding the season, athletic directors now have to come up with a plan to schedule as many games as possible in a very short window of opportunity.

“As of right now the ADs from the schools are preparing an abbreviated schedule,” Quinn said. “I’ve been told they are going to try to schedule some Patroon teams, but local non-leaguers if a Patroon team is not available. It’s my understanding that each team will try to play about six games.”

There was some talk about having a season-ending tournament for Patroon Conference teams, similar to what the boys and girls soccer teams did in the Fall, but with so little time, Quinn doesn’t think it’s possible.

“Due to the short season I don’t believe there will be any type of conference playoff because each team will not have the opportunity to play one another. If the ADs could set up something regionally, that would be fun. I know (Catskill Athletic Director) Eric Joyce has been grinding through scenarios for when we get the green light.”

“As when we were allowed to have open gyms safety and protocols will be paramount. At Catskill, Dr Cook puts safety above all, so I’m sure he and Eric will put protocols in that go above the DOH guidelines to ensure safety. Whatever the protocols will be, I promise my girls will just be excited to be back in action when we get the ok.

“As of now I know there will be no fans, mask wearing will be mandatory, social distancing on the benches will be required and I believe there will be some type of testing required. In this day and time that’s probably a small price to pay to get these student athletes back in action.”

Hudson boys basketball coach Shawn Briscoe is excited to get the ball rolling.

“So happy for the kids that there will be a season,” Briscoe said. “It gives everyone some hope that we are getting closer to returning to some normalcy, a short season is better than no season and things will just be alittle more condensed in terms of what we can work through in practice and have ready for game 1 but we have a seasoned coaching staff that will easily be able to adapt and make the chances necessary to be successful.”

With so few games to be played, Briscoe and his players have had to adjust.

“For me approaching this season with a greater appreciation for what we get to do on a yearly basis and knowing it almost did not happen will really appreciate the time we were given to work with the kids and help them get back to what they love.

“In terms of intensity level I told the guys I want it to be fun but we also want to win games just like any other year and are going to take each game as if it could be our last because you never know when the season could get shut down.

“I am looking at like post-season play, play like it could be your last and let’s advance to the next round every time we step on the floor. I am looking forward to the season and getting back in the gym to working with my guys and coaches for another year. We will make it work because we are “hudsonstrong” and we rise to any occasion!”

The Ichabod Crane boys basketball team will host their first game on Saturday at 1 p.m. against Colonial Council rival Watervliet and Riders’ coach Will Ferguson couldn’t be more pleased.

“I feel great the boys are getting a chance to play when everyone believed there would not be a season or any games,” Ferguson said. “I still worry about COVID and we are following all protocols to the maximum to ensure we try to keep it from spreading. My hope is for a return to normal next year for Section II basketball.”

Ichabod Crane volleyball coach Sean Connors has guided the Riders to back to back state regional titles. There won’t be an opportunity to make it three in a row, but Connors intends to make the best of the situation.

“I have 10 kids ready to play,” Connors said. We have 6 games scheduled thus far. We play at home on Monday vs. Cobleskill and Thursday at  home vs. Hudson. To be honest I did not know what to expect. However, my kids are fired up for whatever season we can put together for them.

“I am happy the seniors get to have something. I know it’s far different than a 20-game schedule with sectionals and regionals but we are happy to be out there. It’s nice to see optimism for a change. I am glad we are doing this so we can work out the kinks before the Fall 2 season starts. The kids are excited to play.”

Coxsackie-Athens wrestling coach Ryan Palmer has his team ready for its opening match on Feb. 26 at home against Greenville.

“As far as local sports getting setup, I am thrilled,” Palmer said. “It’s about time. While nobody is being forced to compete in athletics, it gives others an opportunity or an outlet.

“For some, athletics is the primary motivator behind academic performance. I am glad that we are able to give the kids this chance. As one of three schools wrestling in the Patroon Conference, I am thrilled to coach for Coxsackie-Athens.”

As with the other high-risk sports, safety comes first, Palmer said, pointing out masks will be worn at all times, there will be no shaking hands and plenty of hand sanitizer will be available.

Palmer has lined up five matches, so far, with more possible.

“We are looking for maybe one or two more,” he said. “We also have two multi-team events scheduled. Not quite a tournament, but it will open the door for more than a single match for each kid.”