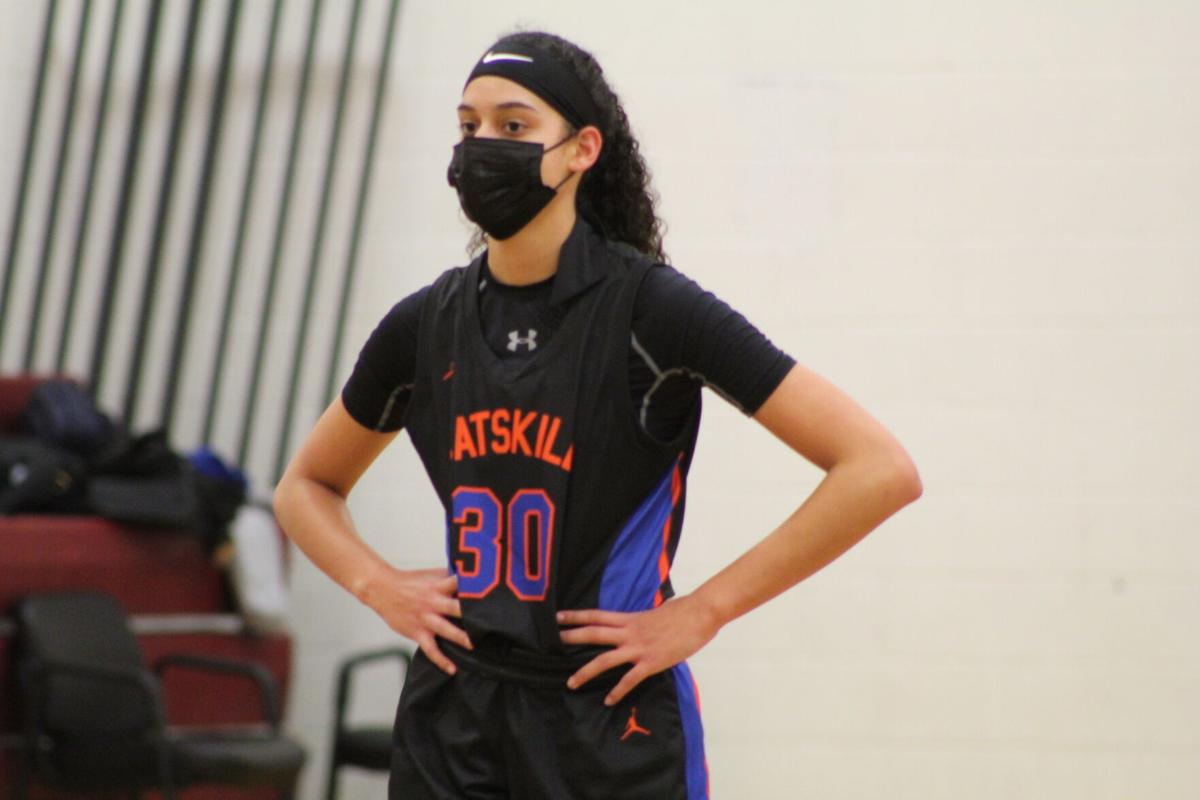 Catskill’s Janay Brantley scored 21 points in the Cats’ 60-35 victory over Chatham on Monday and is just 12 points away from reaching 1,000 for her high school career. 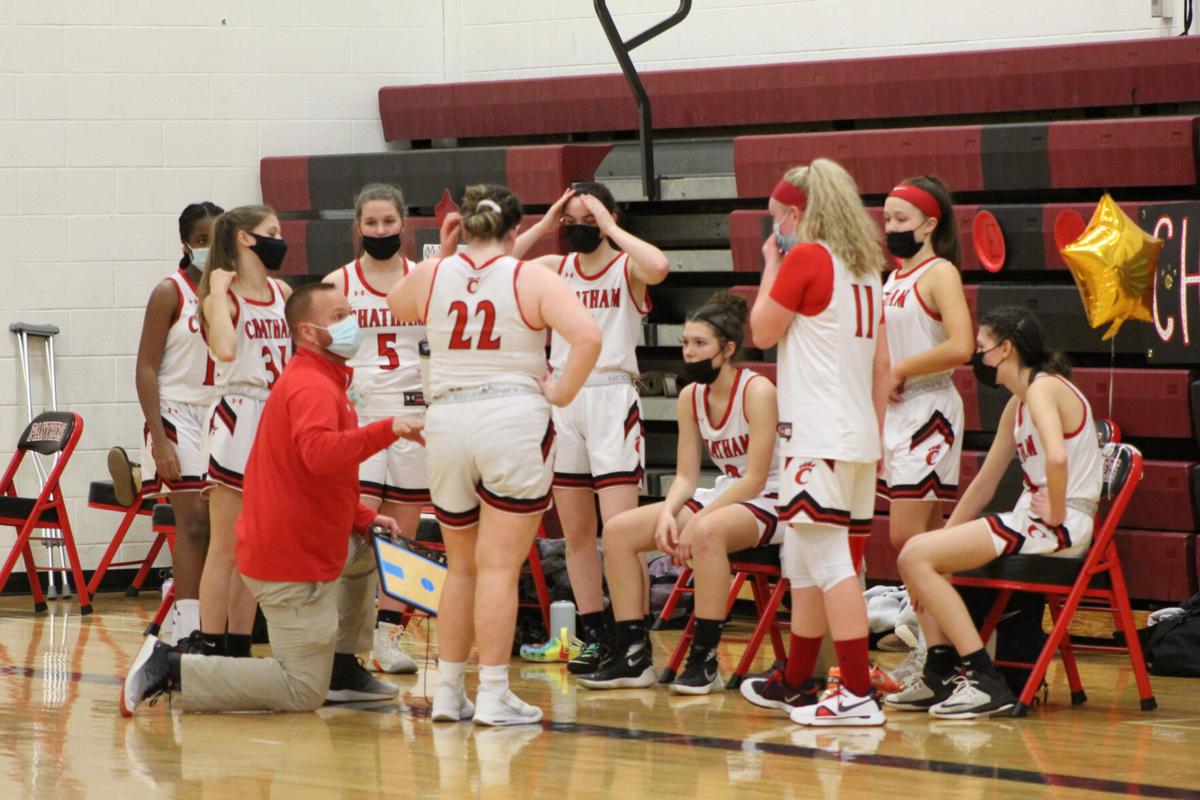 Chatham coach John Roloson speaks with his team during a timeout in Monday’s game against Catskill. 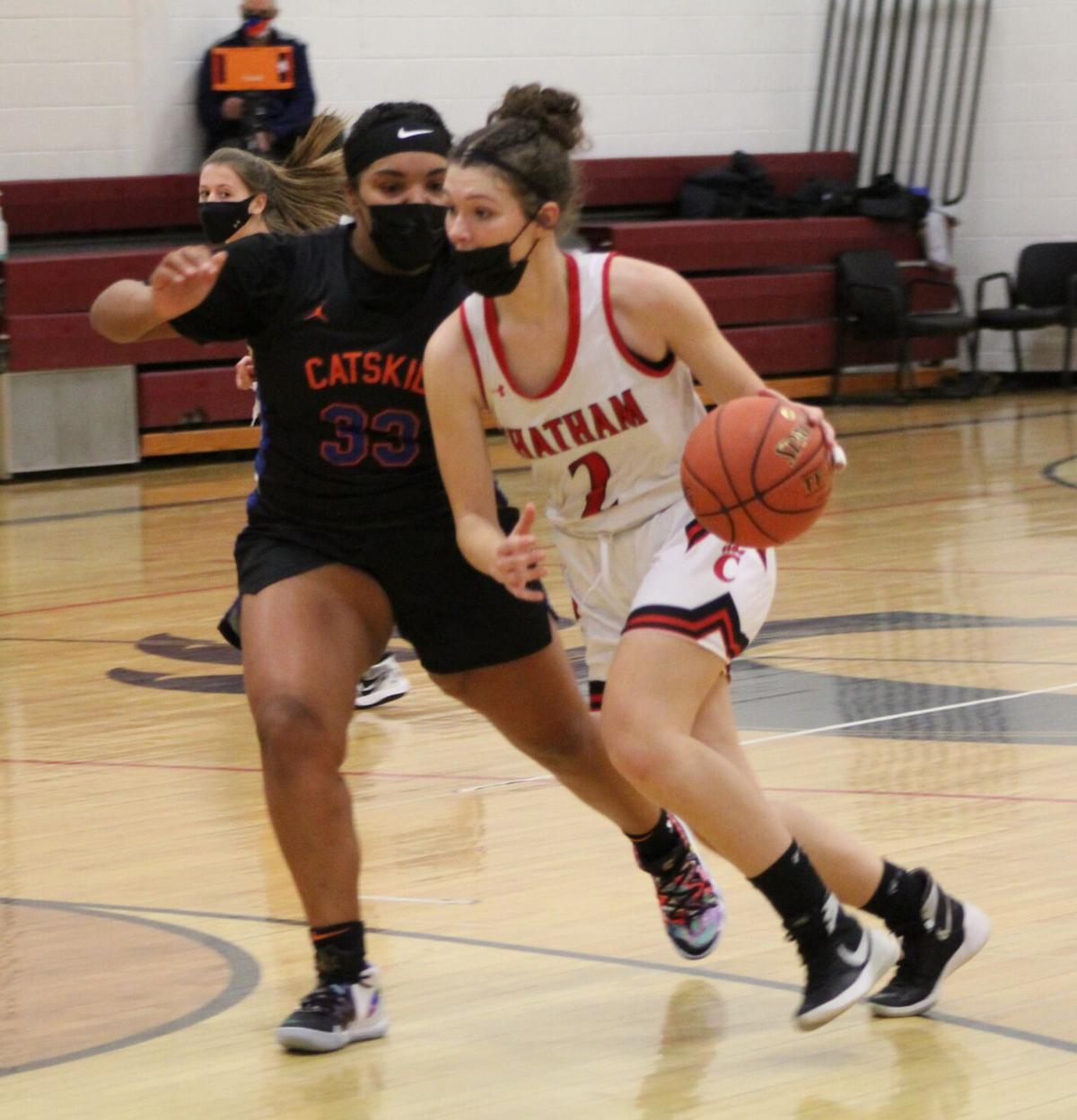 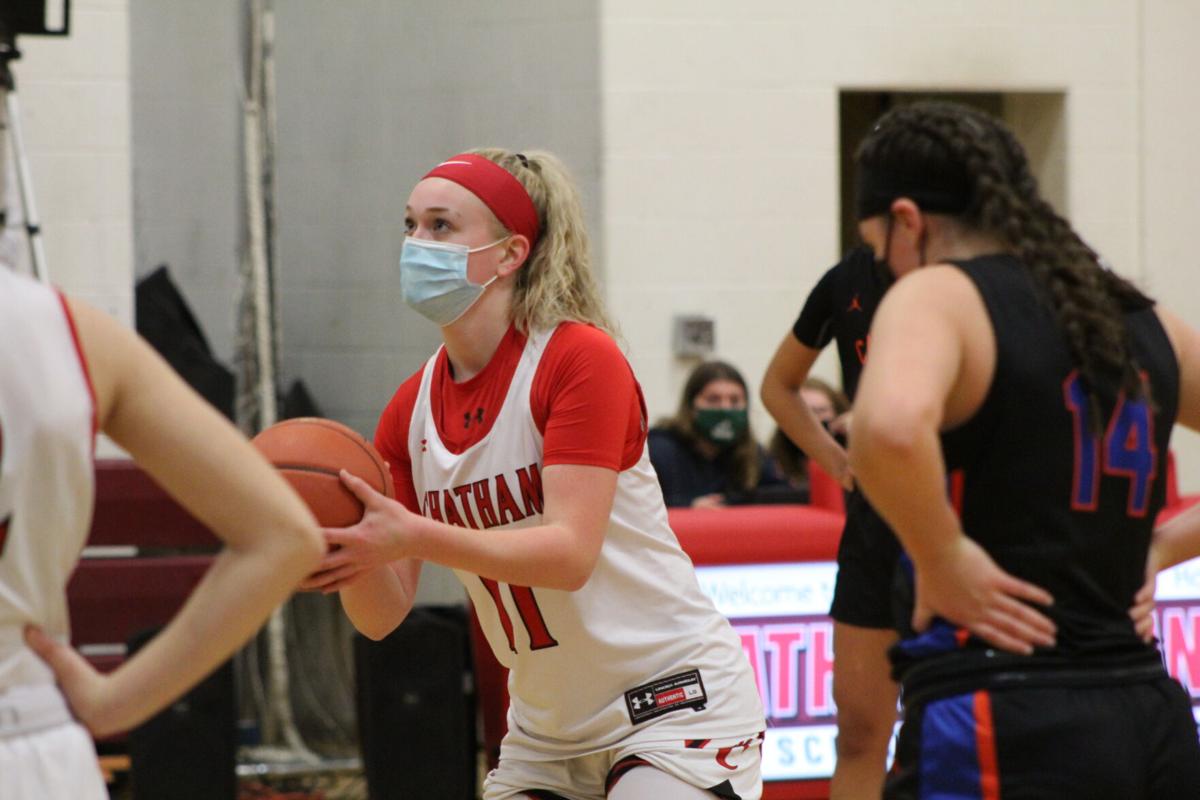 Catskill’s Janay Brantley scored 21 points in the Cats’ 60-35 victory over Chatham on Monday and is just 12 points away from reaching 1,000 for her high school career.

Chatham coach John Roloson speaks with his team during a timeout in Monday’s game against Catskill.

CHATHAM — The Catskill Cats notched a huge road win against the Chatham Panthers on Monday night to open the 2021 basketball season, 60-35. Janay Brantley led the Cats with 21 points, and is now only 12 points shy of 1,000 for her career so far. Brantley’s next chance at eclipsing that mark will come later this week against Cairo-Durham.

The first few minutes of the game were competitive and both sides looked rather comfortable in their shot taking and passing, despite it being the first game in a very short season. Each team played with confidence on both sides of the ball, and the Panthers led 10-7 just over two minutes into the contest.

Catskill began to hit their stride shortly thereafter, and quickly took the lead 11-10 before Chatham could have any chance to respond. Brantley showed tremendous hustle to close out the first period, stealing the ball twice which led to two easy lay-ups on consecutive possessions and Catskill was ahead 19-14 after one.

In the second, struggles at the free throw line prevented Chatham from at least tying the score. Though both teams scored 11 in the quarter, the Panthers only managed to hit one foul shot out of five and still trailed 30-25 at the half.

The Cats scored a quick five points in the first minute of the third period and now led by ten with 5:30 on the clock for the quarter. Hailey Cascioli injected life into her Panther teammates temporarily, knocking down a three point shot to interrupt the Cats’ momentum, but Chatham’s shooting woes would continue. A few minutes later, the Panthers came within four points of the lead after Hannah Taylor buried two free throws, but Catskill’s Hannah Konsul answered right back with two foul shots of her own to widen the lead back to six.

Unfortunately for Chatham, those free throws near the end of the third quarter would be the final two points they scored in the game. The Cats shut the Panthers out in the fourth quarter 17-0, and won this 2021 season opener.

“Overall, I was very pleased with our effort,” Catskill coach Chris Quinn said. “It was our first game out and with only six players. The girls played hard for 32 minutes It took us a bit to get in synch offensively and defensively, but they turned it up in the second half, specifically in the fourth quarter.”

Chatham entertains Hudson on Wednesday at 6:30 p.m., while Catskill hosts Cairo-Durham on Friday at 6 p.m.

Coxsackie-Athens took a 12-10 lead after one quarter of action and was up 28-26 at halftime. Chatham surged ahead on the strength of a 17-9 run in the third quarter scoring edge and held on for its third victory in as many games.