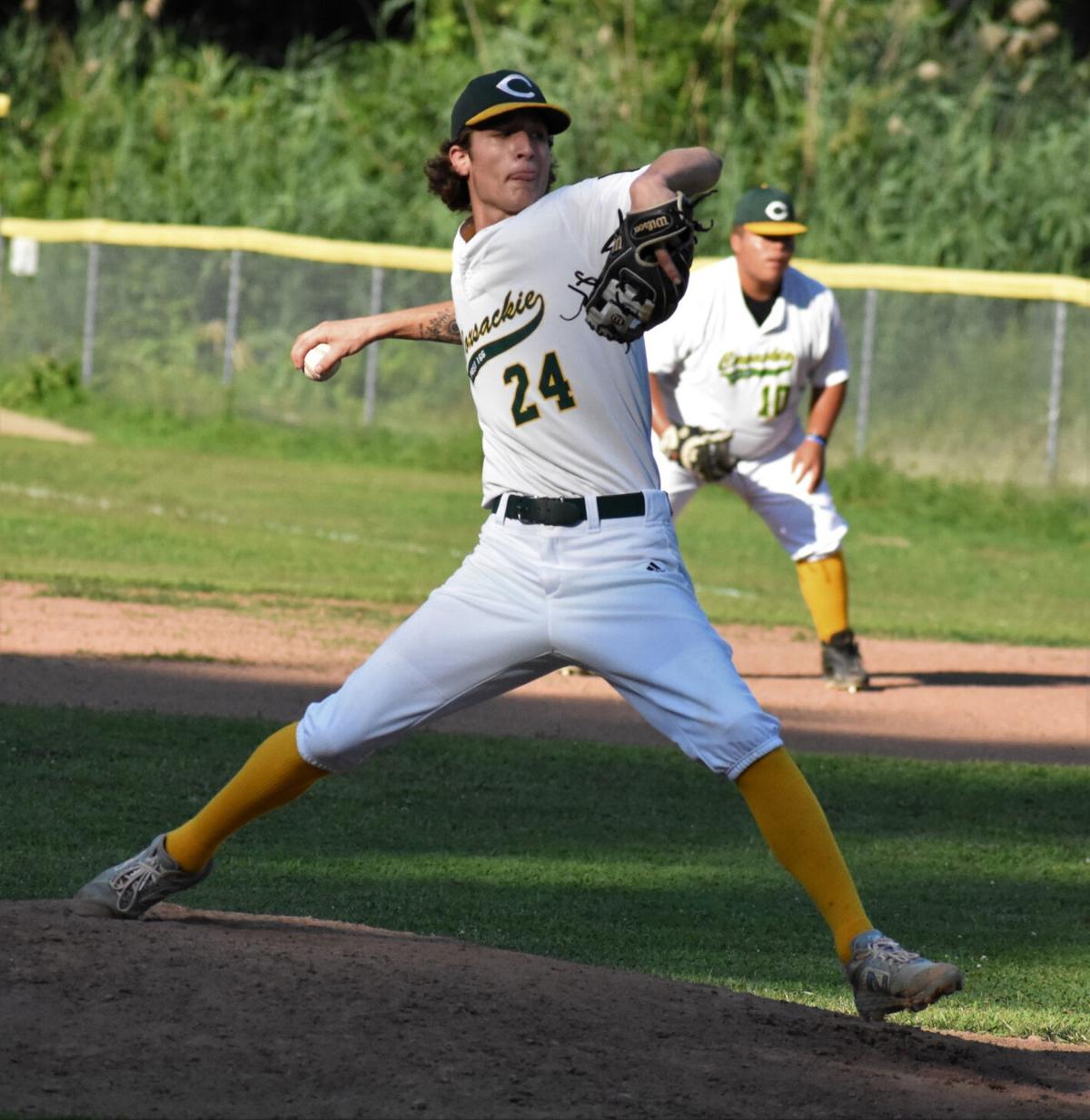 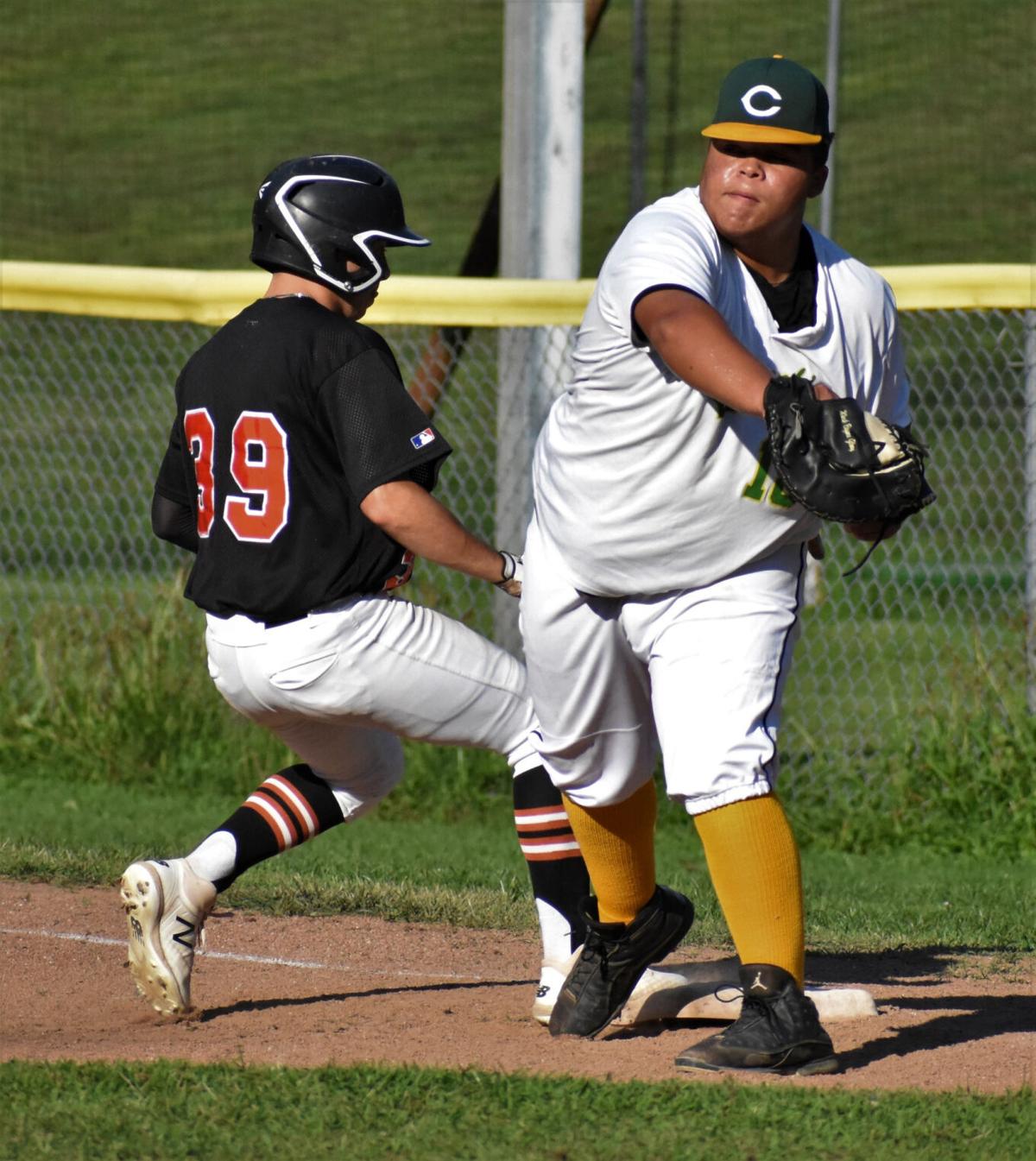 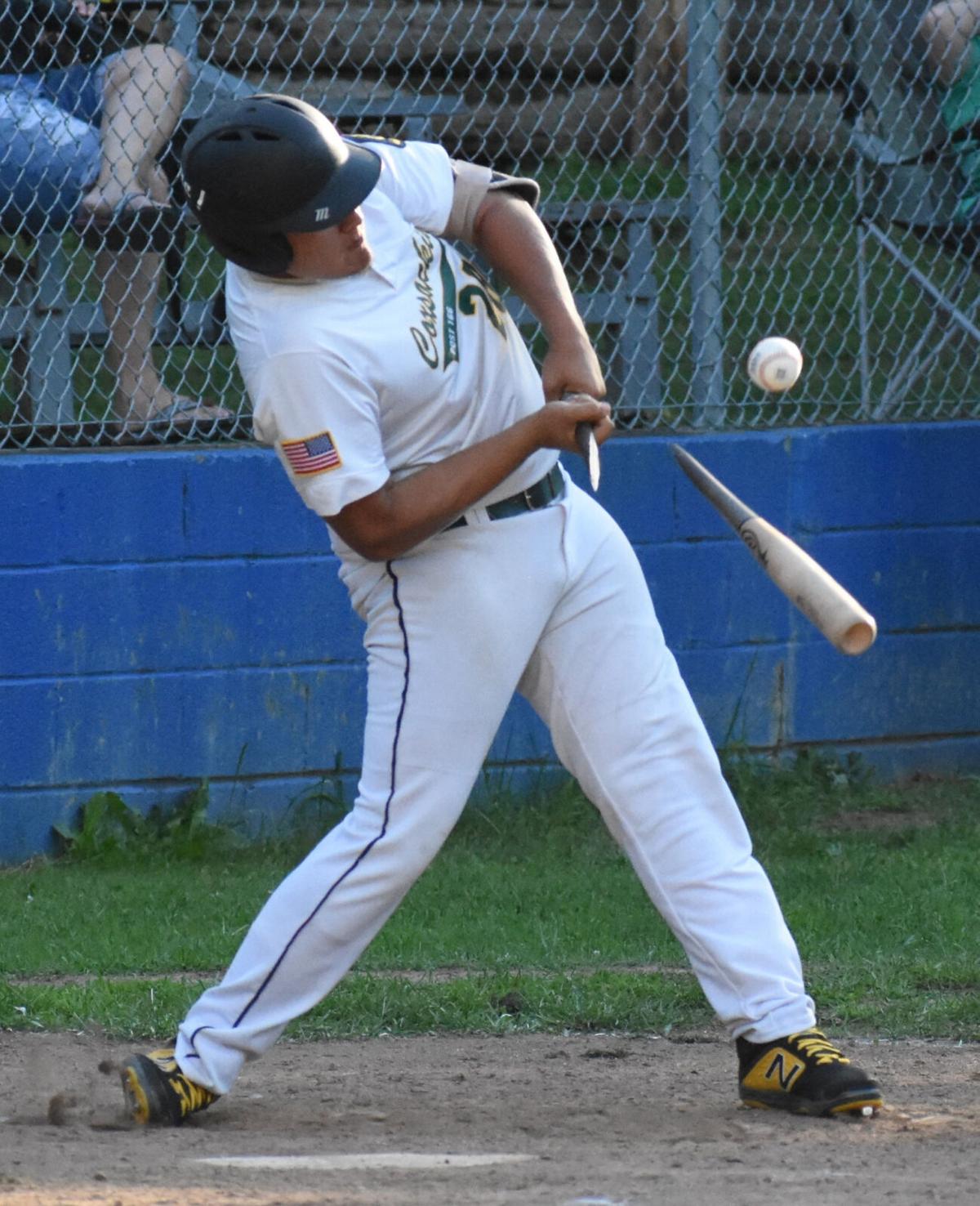 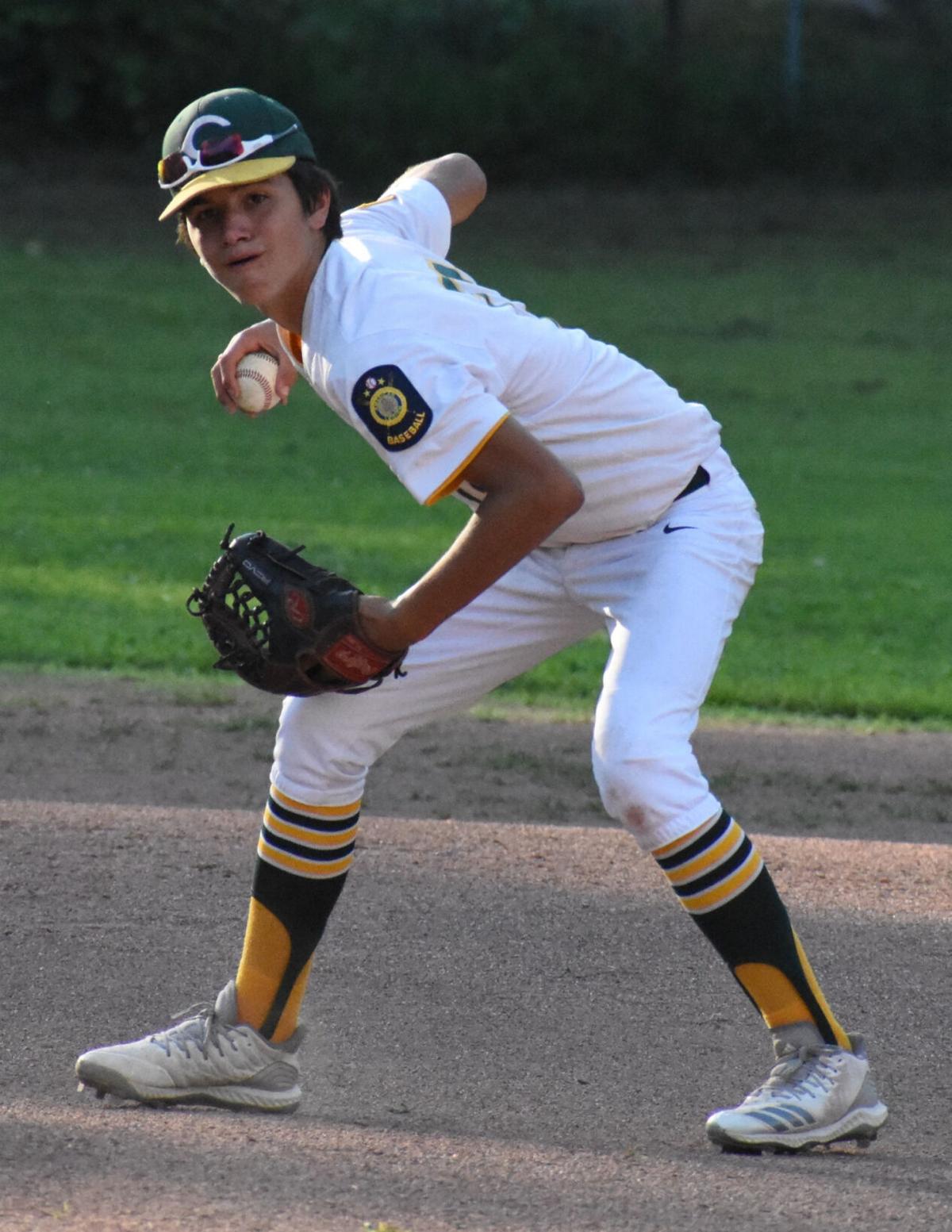 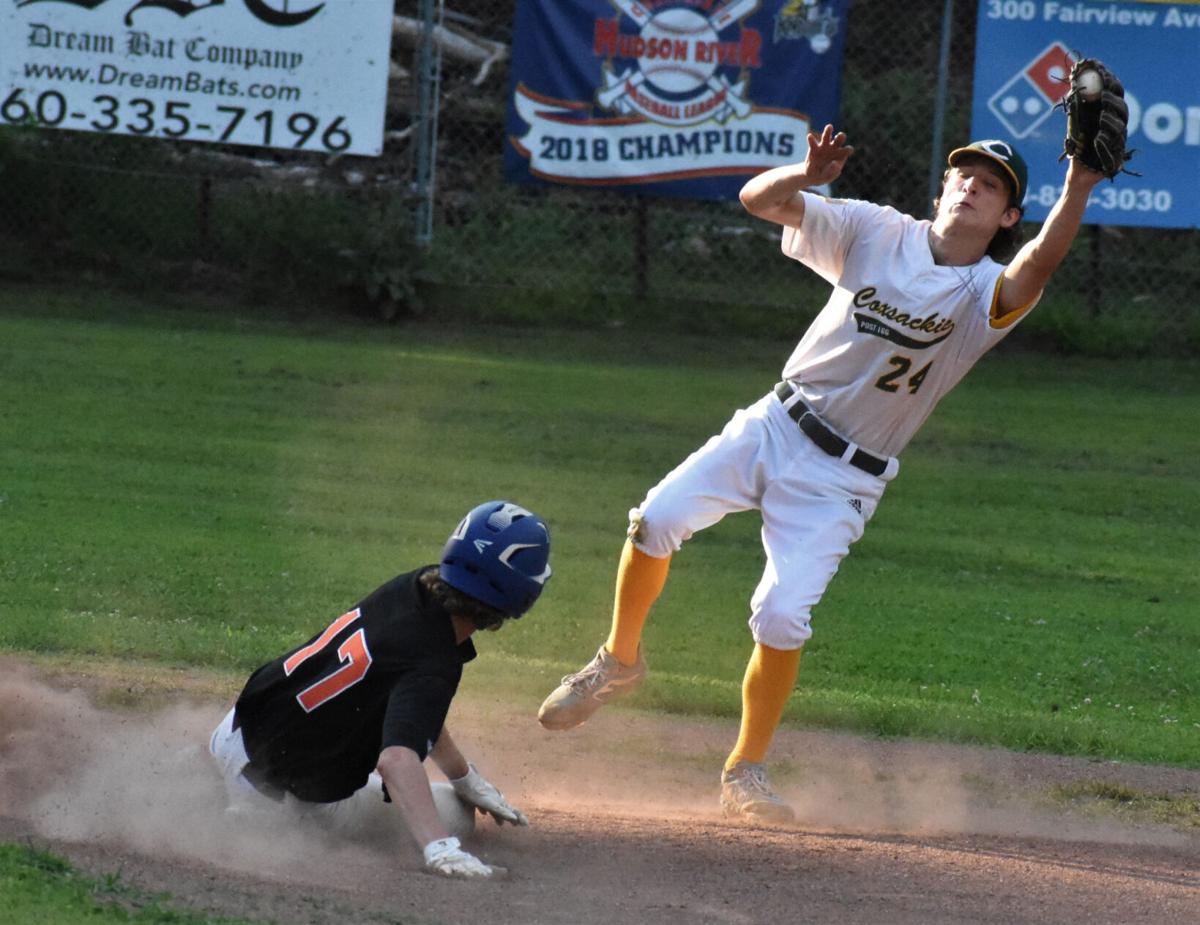 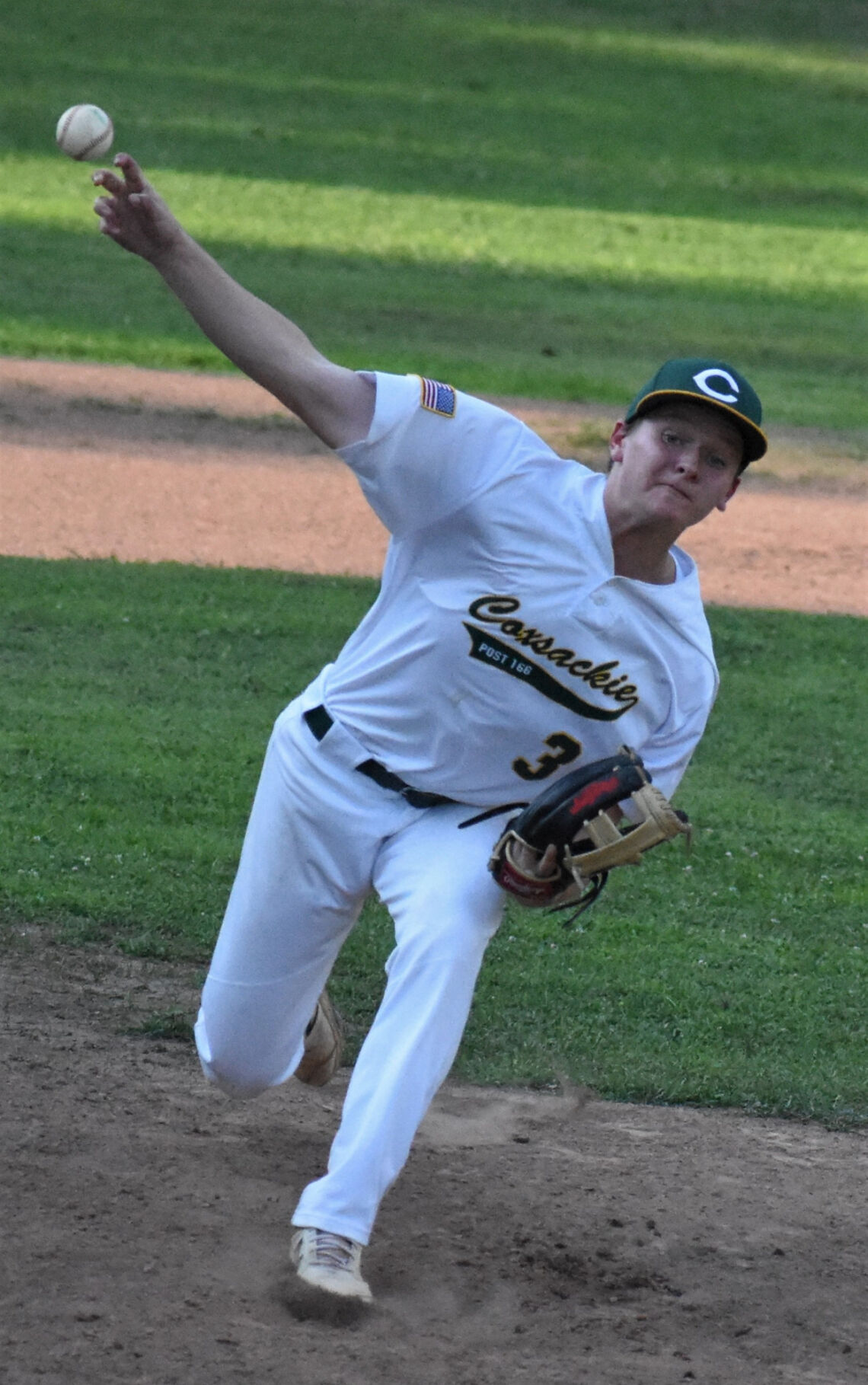 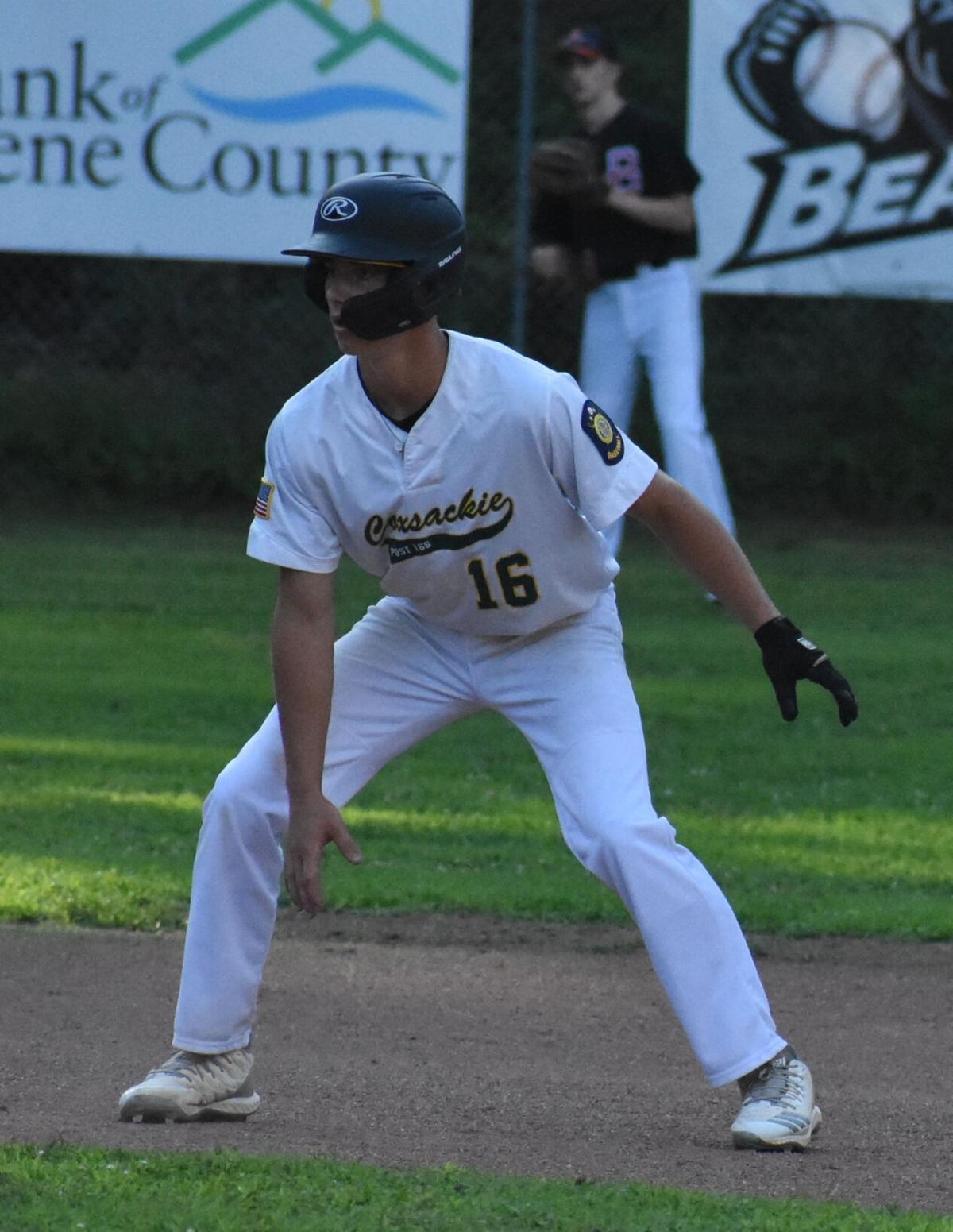 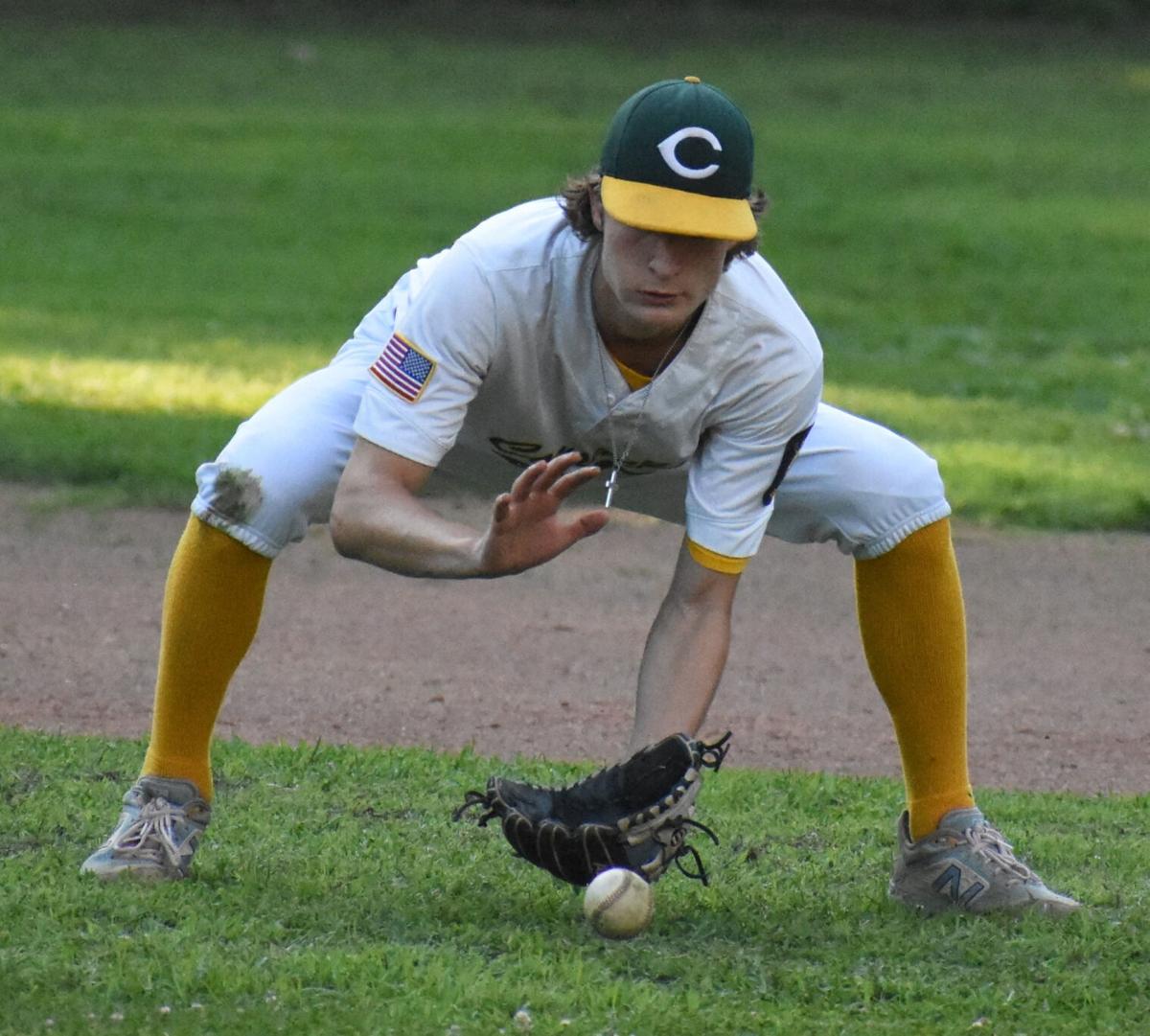 Coxsackie opened the playoffs on Friday with a 6-1 loss to Bethlehem at Ricky Cramer Field in Catskill. Victories over South Colonie, 3-1, and Bethlehem, 10-1, followed before their loss in the championship game on Sunday.

Eddie Roger led Coxsackie with a double. Dan Paquin had a single and an RBI and Cody Young singled.

Will Vagianelis topped Bethlehem with two doubles and an RBI. Brogan Bennett doubled and drove in tow runs and Jayden DeSchamps and John Walters each had a single and an RBI.

Aidan Doto doubled to lead the Post 166 offense. Dan Paquin singled in a run and Foster, Cody Young and John Shook all singled.

Mike Holcombe led South Colonie with a pair of doubles.

COLONIE — Coxsackie Post 166 bounced back from Friday’s loss to Bethlehem with a 10-1 victory over the Eagles in Sunday’s semifinal round.

Paquin turned in a strong outing on the mound, limiting the potent Bethlehem lineup to just two hits with 11 strikeouts and no walks.

KINDERHOOK — Brandon Rossano ripped a double and two singles with two RBI to power the Eastern New York Blackhawks to a 15-5 victory over the Cap City Kings in Sunday’s Eastern New York 13U Travel Baseball game.

Tyler Peck added a double and four RBI to the Blackhawks’ attack. Gavin Hartka had a double and single with two RBI, Max Frering two singles and an RBI, Jacob Carroll a single and an RBI and Gabe Carpenter a single.

Dom Pelizza started on the mound for the Blackhawks (11-2), striking out one, walking five and allowing three runs and three hits in four innings. Rossano pitched two innings, striking out five, walking two and allowing one hit. Max Frering threw the final inning, surrendering two runs with two strikeouts and one walk.

Tyler Peck ripped a triple and drove in a run and Brandon Rossano doubled and knocked in two for the Blackhawks. Gavin Hartka chipped in with two singles and an RBI and Jacob Carroll and Max Frering both singled.

Rossano, Kyle Danforth, Carroll, Gabe Carpenter and Dom Pelizza all pitched for the Blackhawks, striking out nine, walking 11 and allowing 13 runs and 13 hits.

Demetrio Morales turned in a complete game shutout, striking out eight and not walking a batter to lead the Columbia Clippers 12U to a 5-0 victory over the Duanesburg Cyclones in the opening round of the Last Man Standing Tournament on Saturday.

The Columbia Clippers 12U earned a berth in the Last Man Standing Tournament with a 12-1 victory over the Green Mountain Catamounts on Saturday.

Super, Conrad and Clark combined to allow one run and four hits with three strikeouts and one walk.

Callan Heimroth ripped three singles and drove in five runs and Jack Toussaint homered and singled to power the Columbia Clippers 12U to a 10-8 victory over the South Troy Dodgers in Sunday’s Last Man Standing Tournament.

Logan Fink had two singles and an RBI for the Clippers. Tristan Super singled and knocked in a run and Derek Clark, Liam Mullins and Brayden Conrad all singled.

The Twin Town Devil Cats ended the Columbia Clippers 12U run in the Last Man Standing Tournament in the semifinal round with a 15-3 victory on Sunday.

Callan Heimroth had a triple and an RBI for the Clippers. Tristan super had an RBI single, Liam Mullins, Brayden Conrad, Jackson Purdy, Neil Murphy and Dan Wiese all singled and Isaac Lasher drove in a run.

Conrad and Mullins shared pitching duties for the Clippers, allowing 15 runs and 15 hits with three strikeouts and two walks.

Christian Tedford fired a four-hitter and helped himself with two singles and an RBI as the Greene County Outlaws 14U defeated North Colonie, 12-2, in Saturday’s Last Man Standing Tournament.

Tedford struck out eight and walked four before the game was stopped in the fifth inning because of the 10-run rule.

The Greene County Outlaws were knocked out of the Last Man Standing 14U Tournament after dropping a 5-1 decision to the NE Hurricanes on Saturday night.

Nate Shook-Timot drilled a double for the Outlaws. Brodie Montgomery, Zach Russell and Shane DeRose all singled and Sean Scott had an RBI.

Andrew Sager pitched the first five innings for the Outlaws, striking out one, walking three and allowing three runs and six hits. Shook-Timot gave up two runs and three hits with five strikeouts and one walk in two innings of mound work.