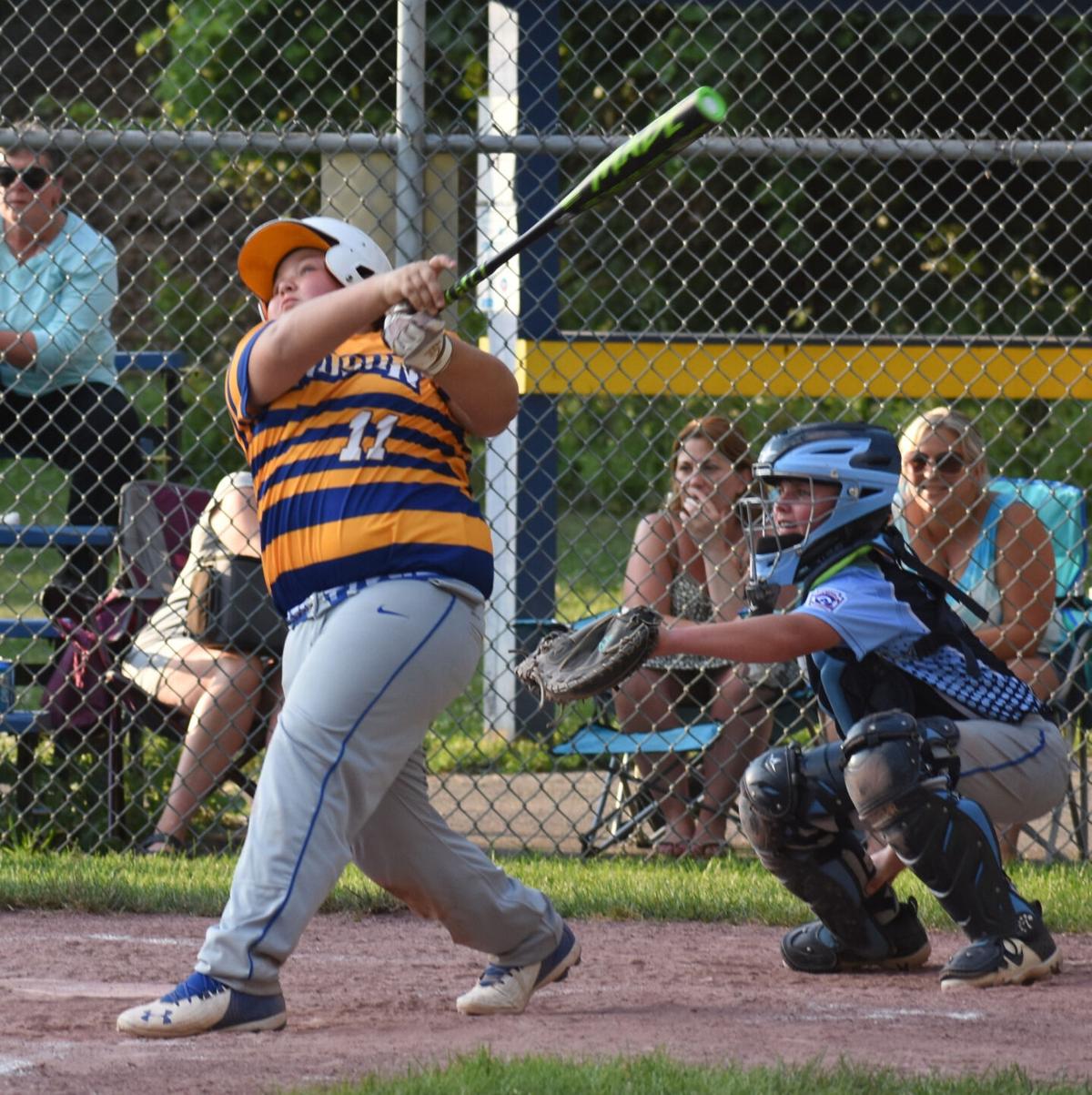 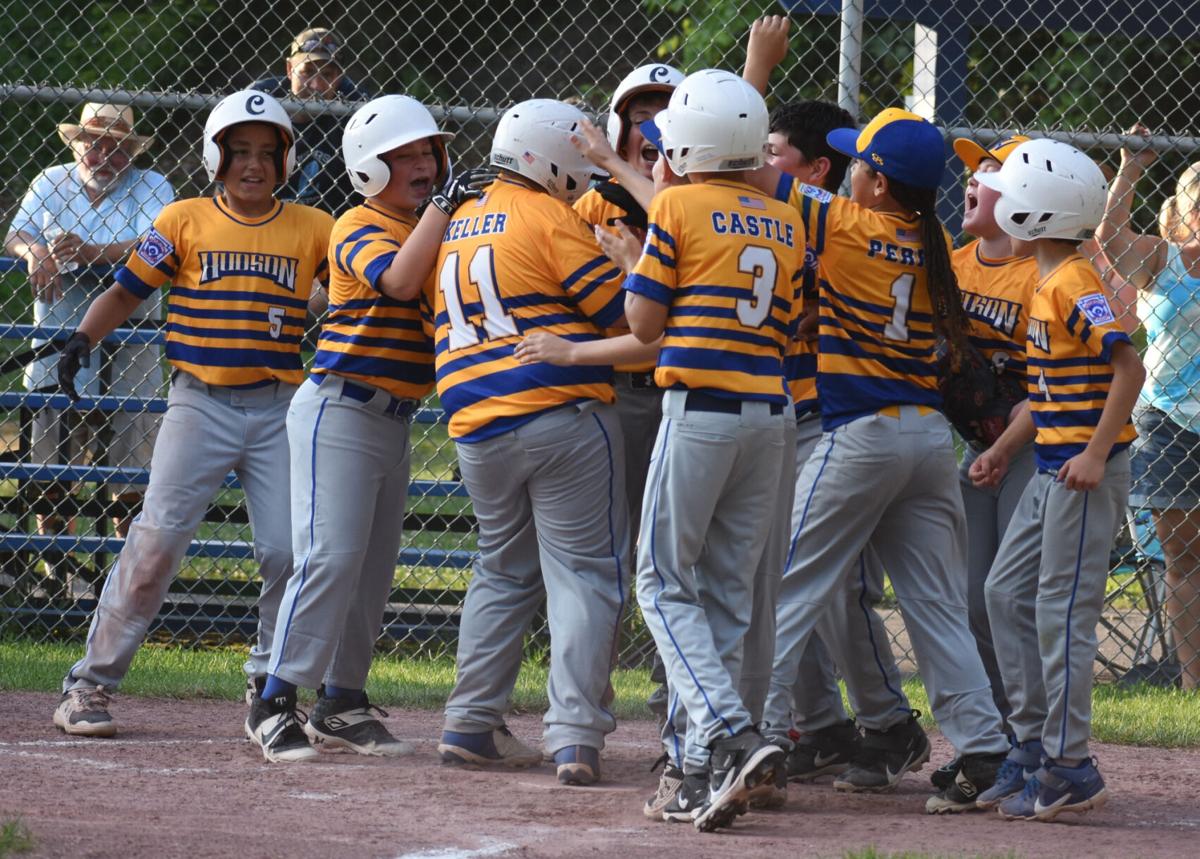 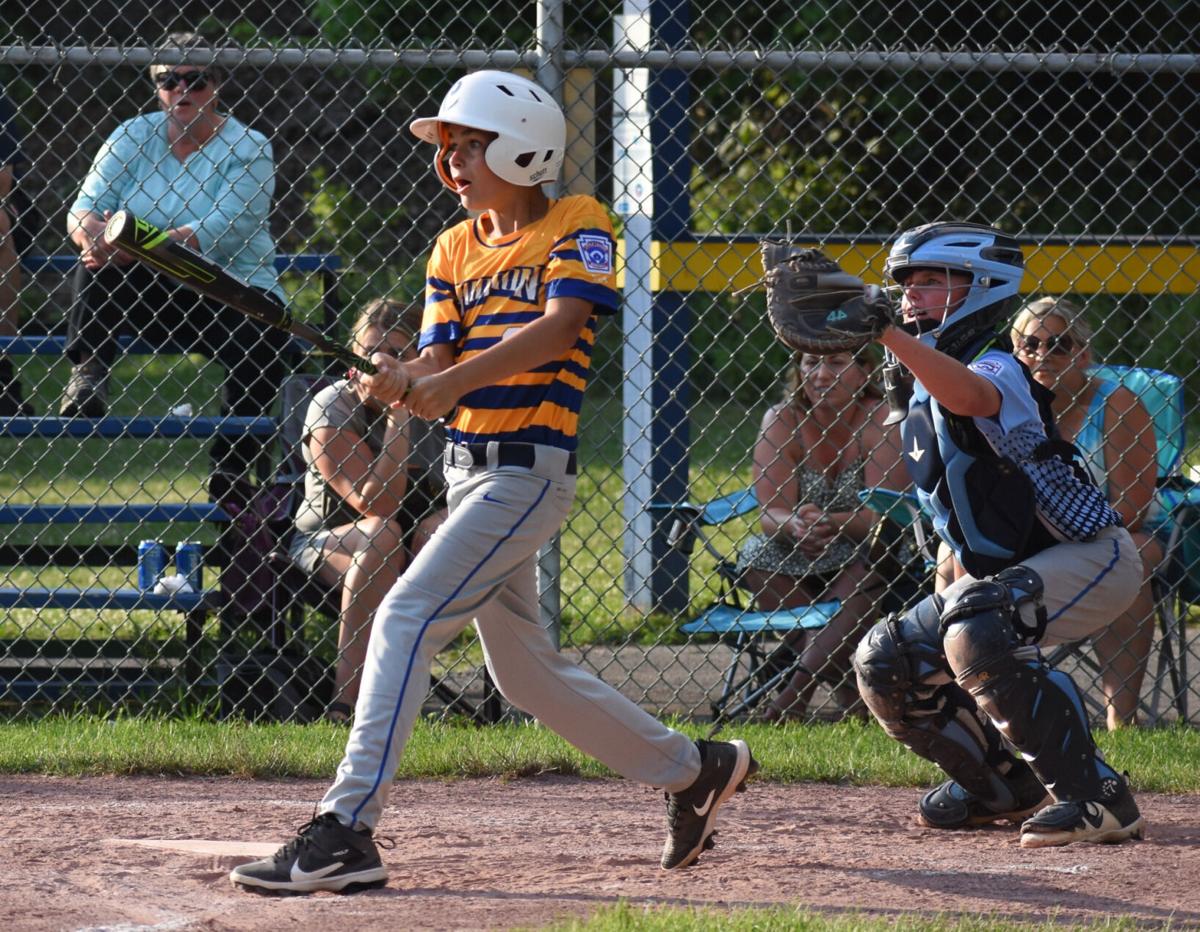 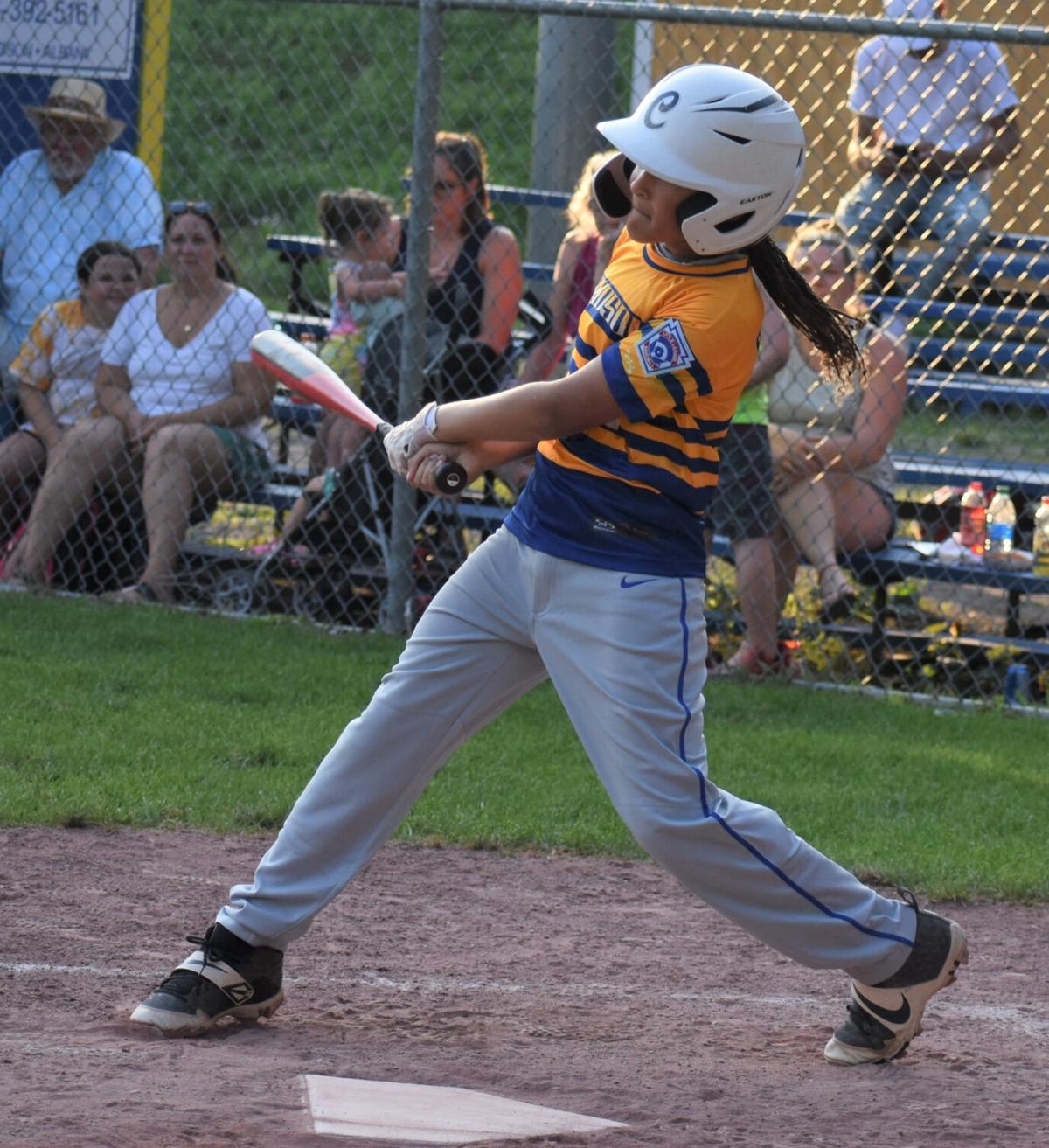 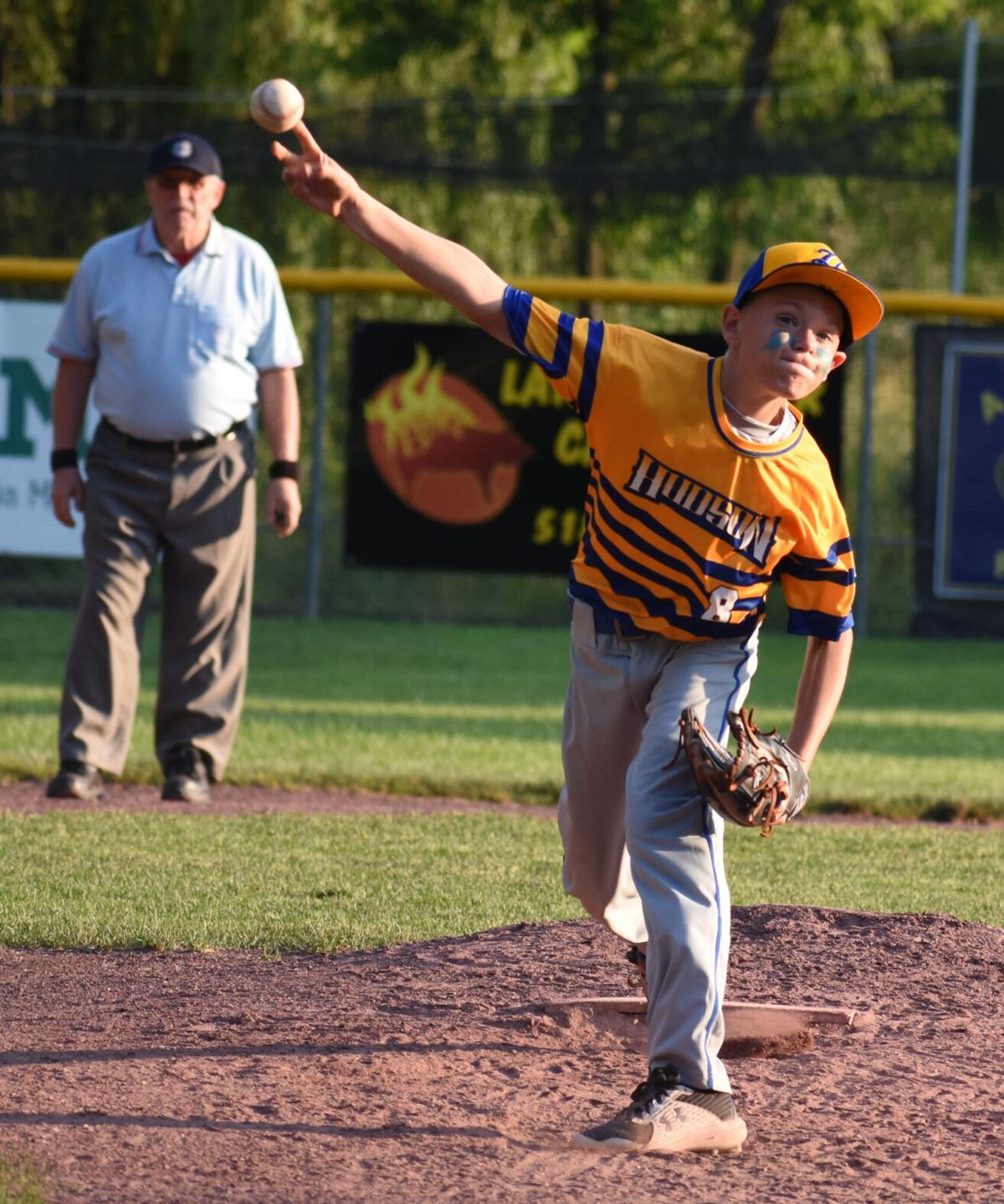 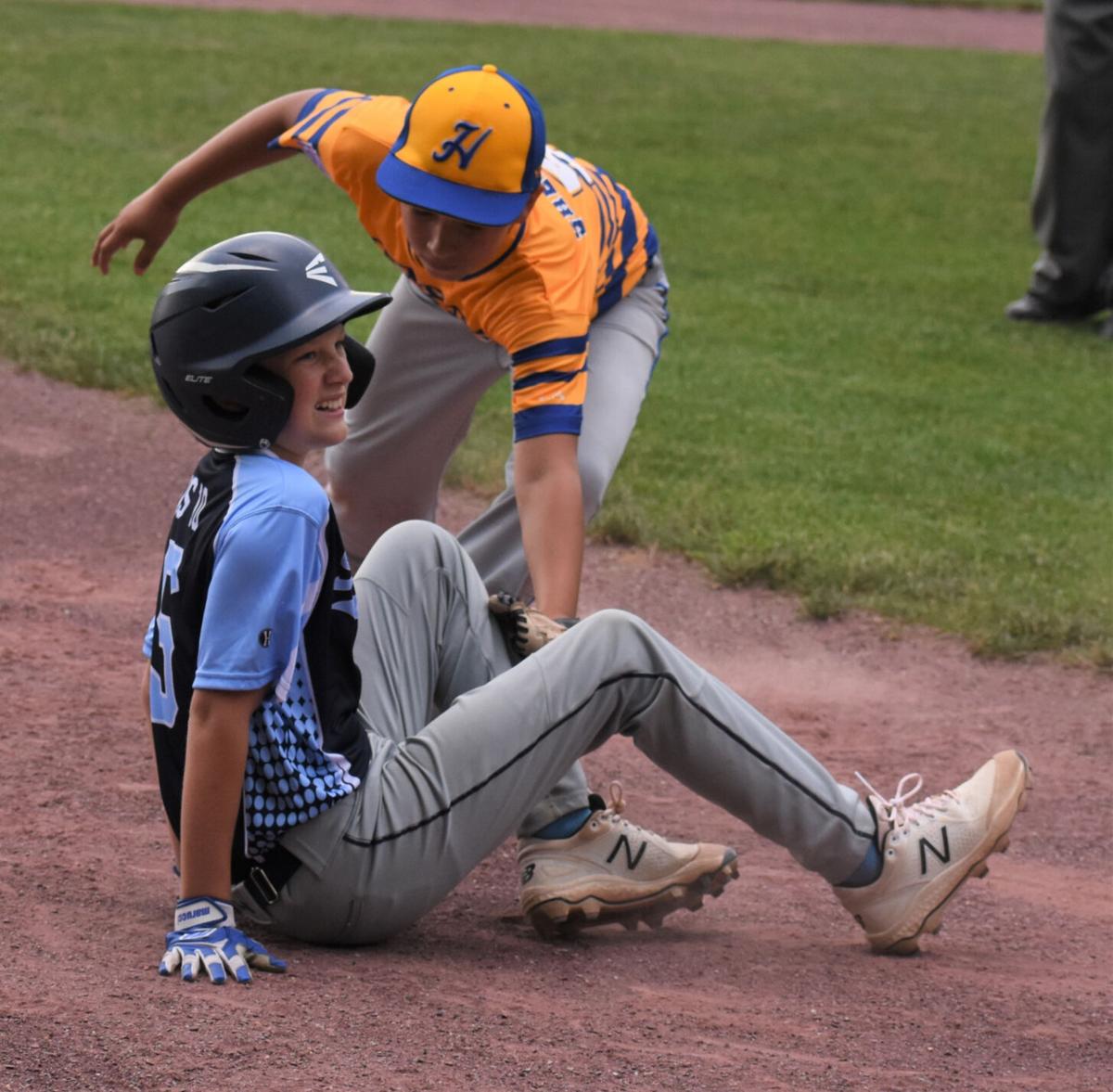 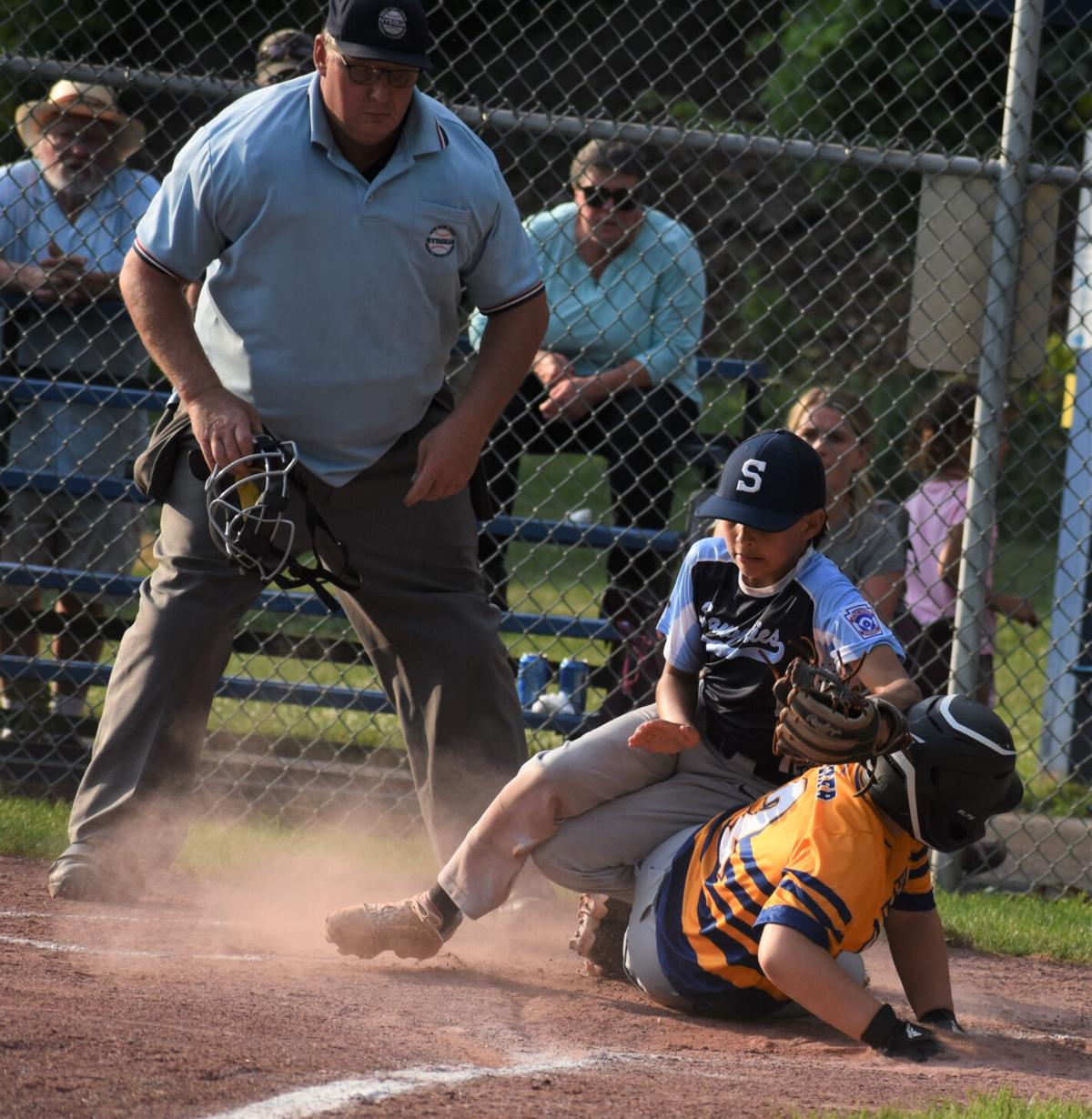 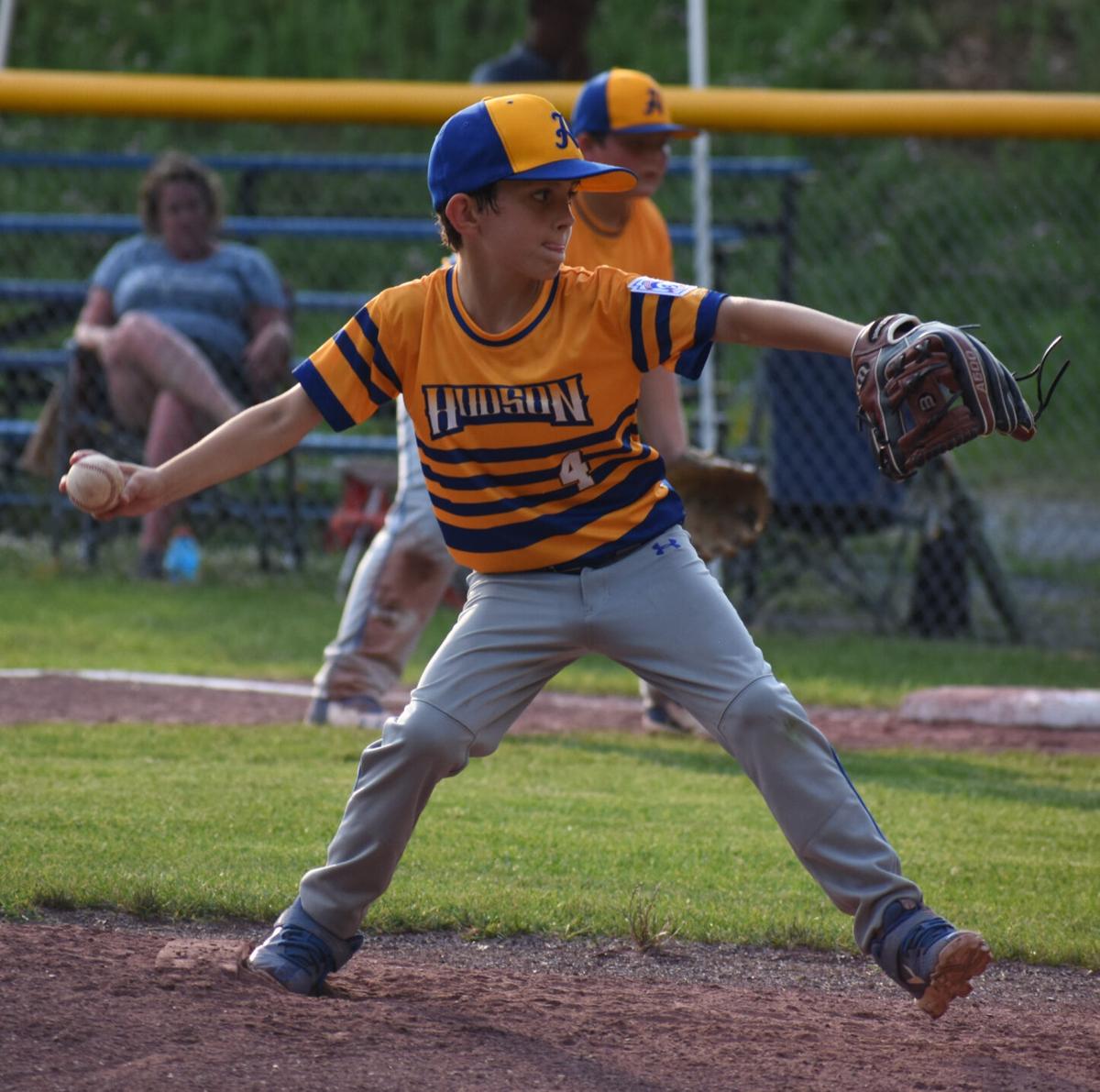 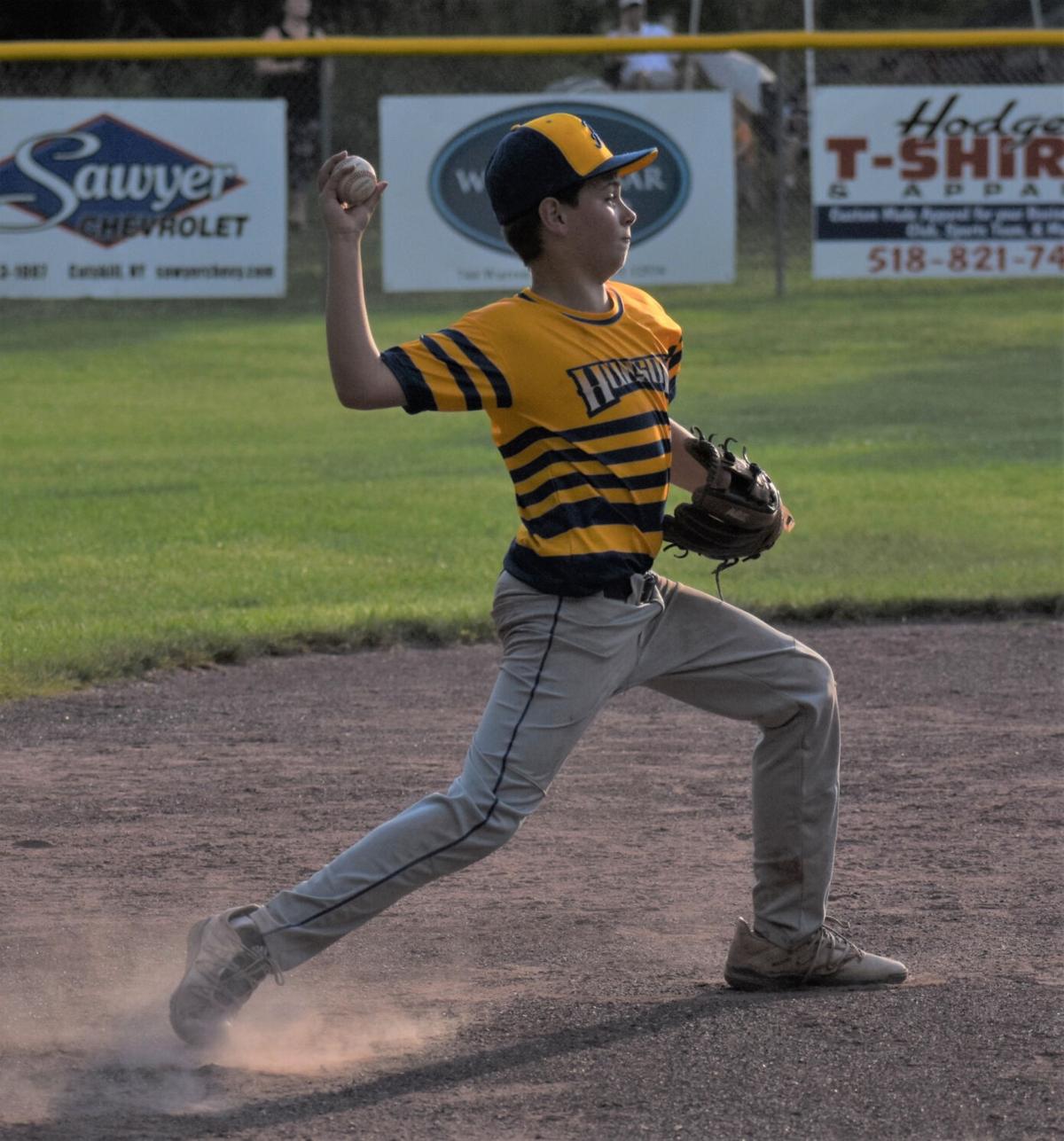 Hudson has struggled against Saugerties in tournament play the past several years and Tuesday’s game seemed to be headed in that same direction until the home team rallied for five runs in the third to even the score. One inning later, Trent Keller blasted a three-run homer to give Hudson the lead for good.

It’s an honor to work with these young ball players year after year to see them reach the level they are,” Simmons said. “I’m excited to see what they can do next!”

“Talked to the kids about being mentally tough today with the heat and everything told them whoever stayed mentally tough would win this game,” Hudson assistant coach Shawn Briscoe said. “We got down early, but these guys have shown the ability to battle since Day 1 of the little league season.”

Saugerties scored a run in the first inning off of Hudson starter Ryan Conte when Ty Monroe was hit by a pitch, stole second, went to third on an error and scored on Michael Gramoglia’s ground out.

Saugerties padded its lead with two more runs in the second as Corey Pesce and Liam Ienuso singled and came around to score on Max Morris’ double.

Evan Conte came in to pitch with one out in the second and retired the first two batters he faced, but Saugerties got to him for two more runs in the top of the third when Cameron Burch doubled and Reid Myers belted a two-run homer over the left field fence, making it 5-0.

Saugerties starting pitcher Ty Monroe sailed through the first two innings, allowing just one hit, but Hudson finally got its bats going in the third, putting together four hits in the inning and plating five runs to even the score. Ryan Conte had a two-run single, Keller ripped an RBI double, Tyler Sheldon added an RBI single and Darren Weaver scored on a wild pitch.

In the top of the fourth, Saugerties got runners to second and third with two outs, but Mason Briscoe came on in relief of Evan Conte and got the third out to end the threat.

Myers, who came on to pitch for Saugerties in the bottom of the third, struck out the first two batters in the fourth, before Evan Conte started what turned out to be the game-winning rally with an infield single. After Ryan Conte walked, Keller stepped in and turned on a Myers offering, depositing the ball over the fence in left field to put Hudson up, 8-5.

Saugerties tacked on a run in the fifth and had the tying run on base in the sixth, but Briscoe slammed the door shut, preserving Hudson’s victory.

Shawn Briscoe was especially pleased with the efforts turned in by Evan Conte and Mason Briscoe, who held the potent Saugerties offense in check over the last four innings.

“I have to give a ton of credit to Evan Conte as a 10-year old, coming in and keeping the game close enough that we could strike and tie things up and then eventually take the lead with Trent’s homer,” Shawn Briscoe said. “I have watched a lot of little league baseball and that’s one of the most timely and game changing hits I have seen.

“Mason came in and was able to close things up in relief and for the most part kept the ball down inducing ground balls which we know our infield defense is solid. He was able to get it done under some pressure and super proud of him and the team for the way the battled and came away with the W.”

Myers’ home run led Saugerties’ eight-hit attack. Cameron Burch and Corey Pesce each had a double and single and Max Morris had a two-run double.

Monroe, Myers and Pesce all pitched for Saugerties, allowing eight runs and nine hits with six strikeouts and four walks.

“This is a great group of kids to coach and they work hard and want to win and that’s the rewarding part of coaching youth sports is being able to inspire them and give them the will to want to fight and compete,” Shawn Briscoe said. “Like I told the guys after the game, we expect to win every time we step on the field, not hope to win!”

Brandon Rossano pitched a two-hitter with 13 strikeouts and helped his own cause with a triple, single and an RBI as the ENY Blackhawks 14U defeated the Berkshire Baseball Club, 8-1, in Tuesday’s travel baseball game.

The game was shortened to five innings because of rain.

Sam Buquet had a double and single with two RBI for the Blackhawks (13-2). Dom Pelizza and Gabe Carpenter singled and Kyle Danforth and Jacob Macfarlane each had an RBI.