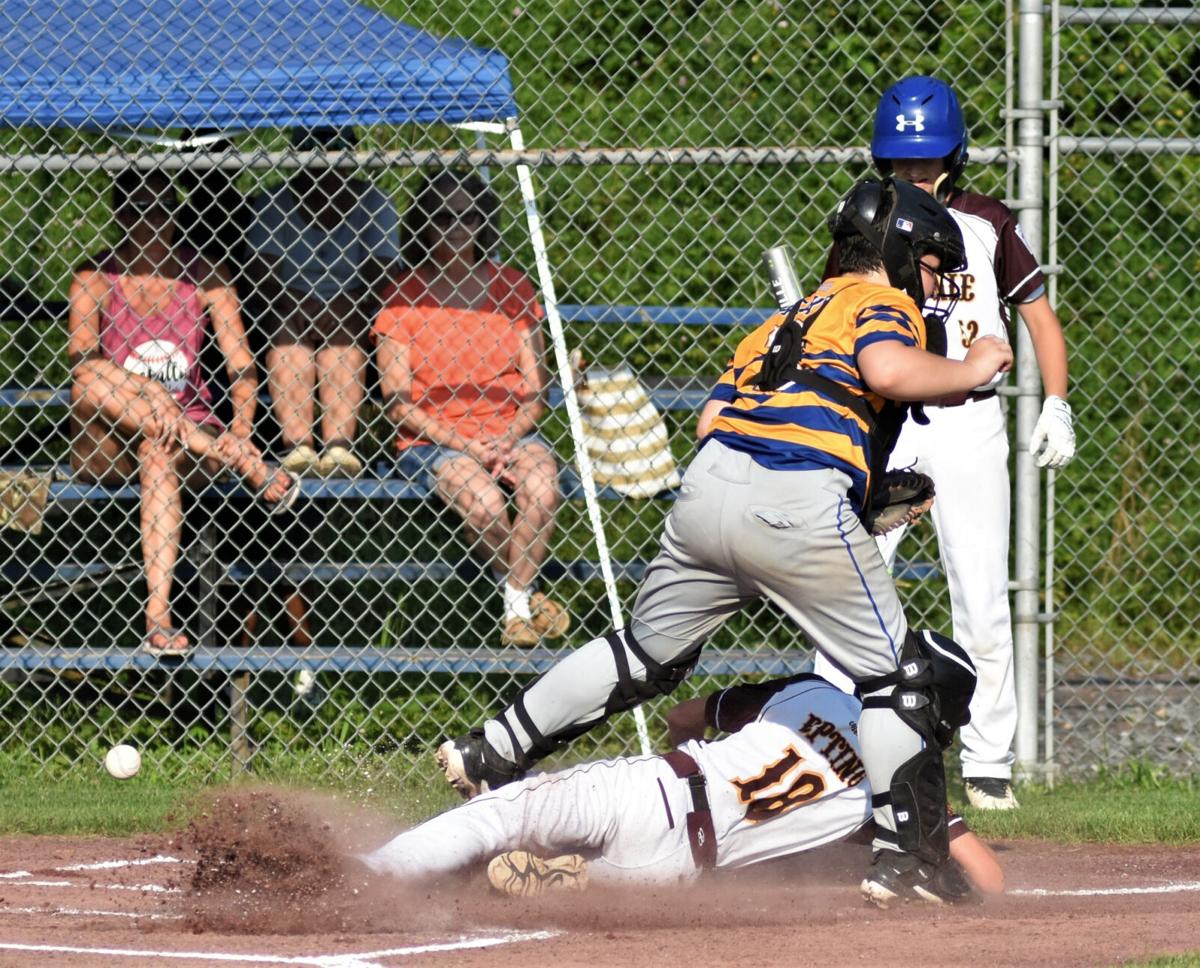 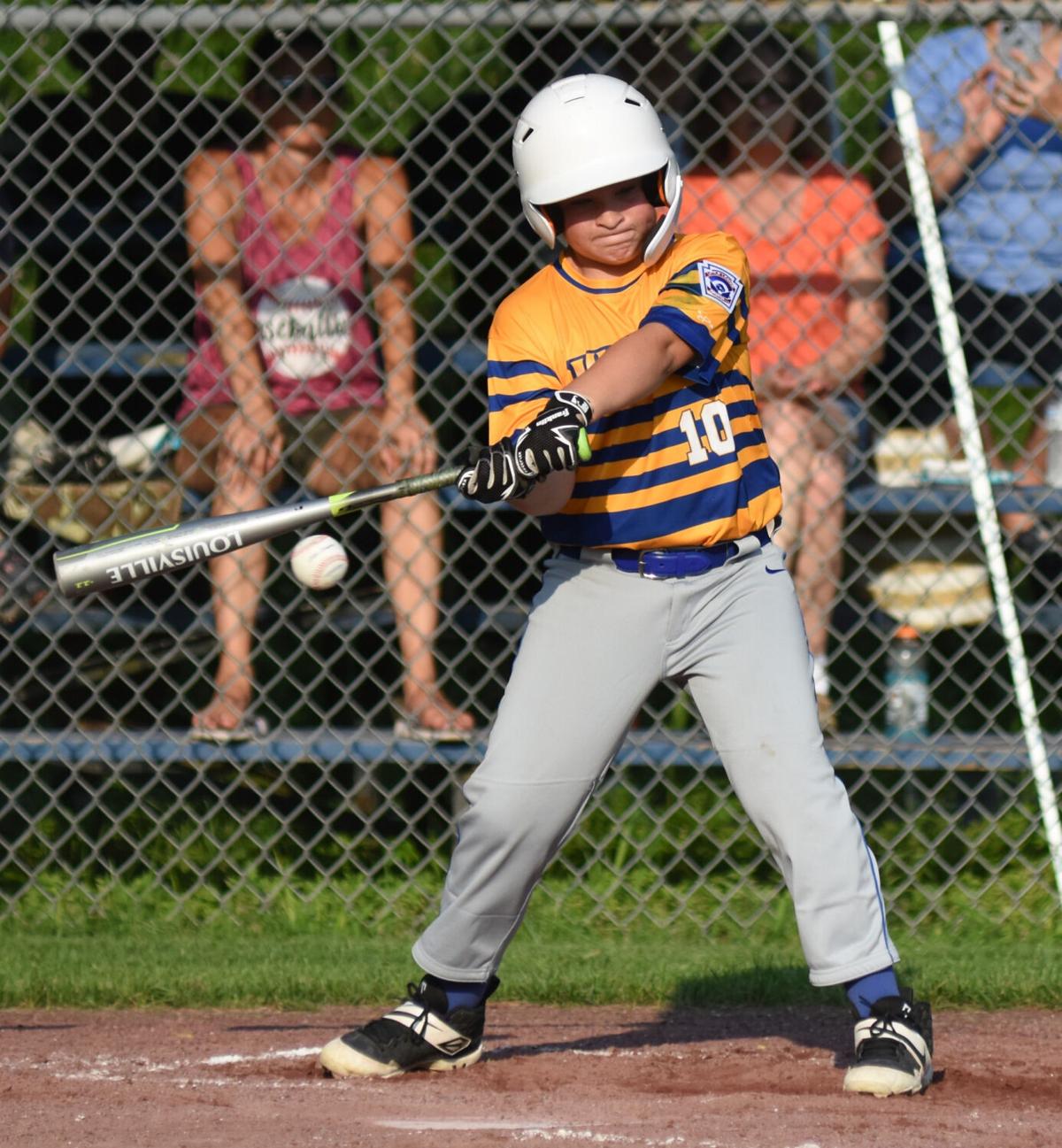 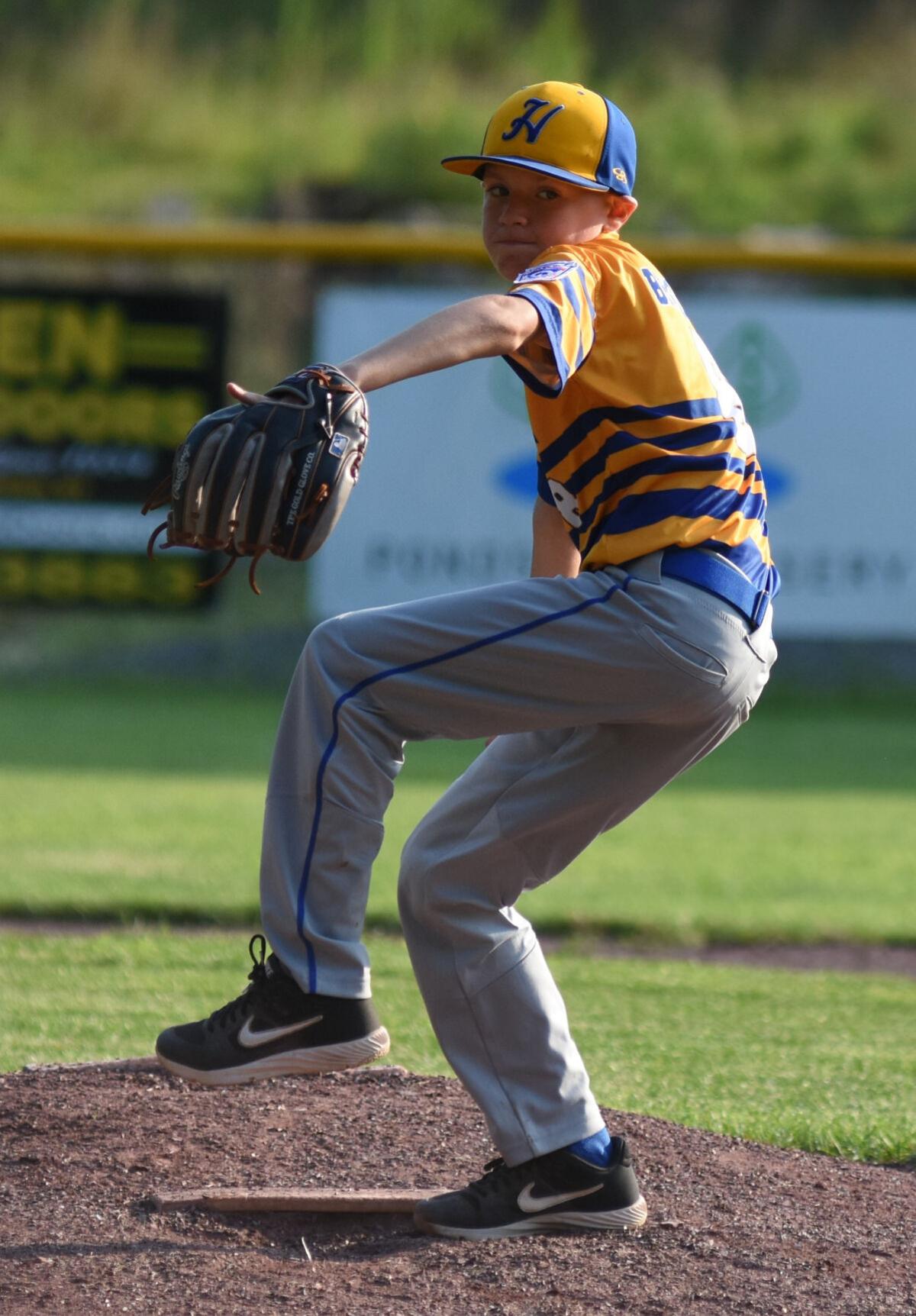 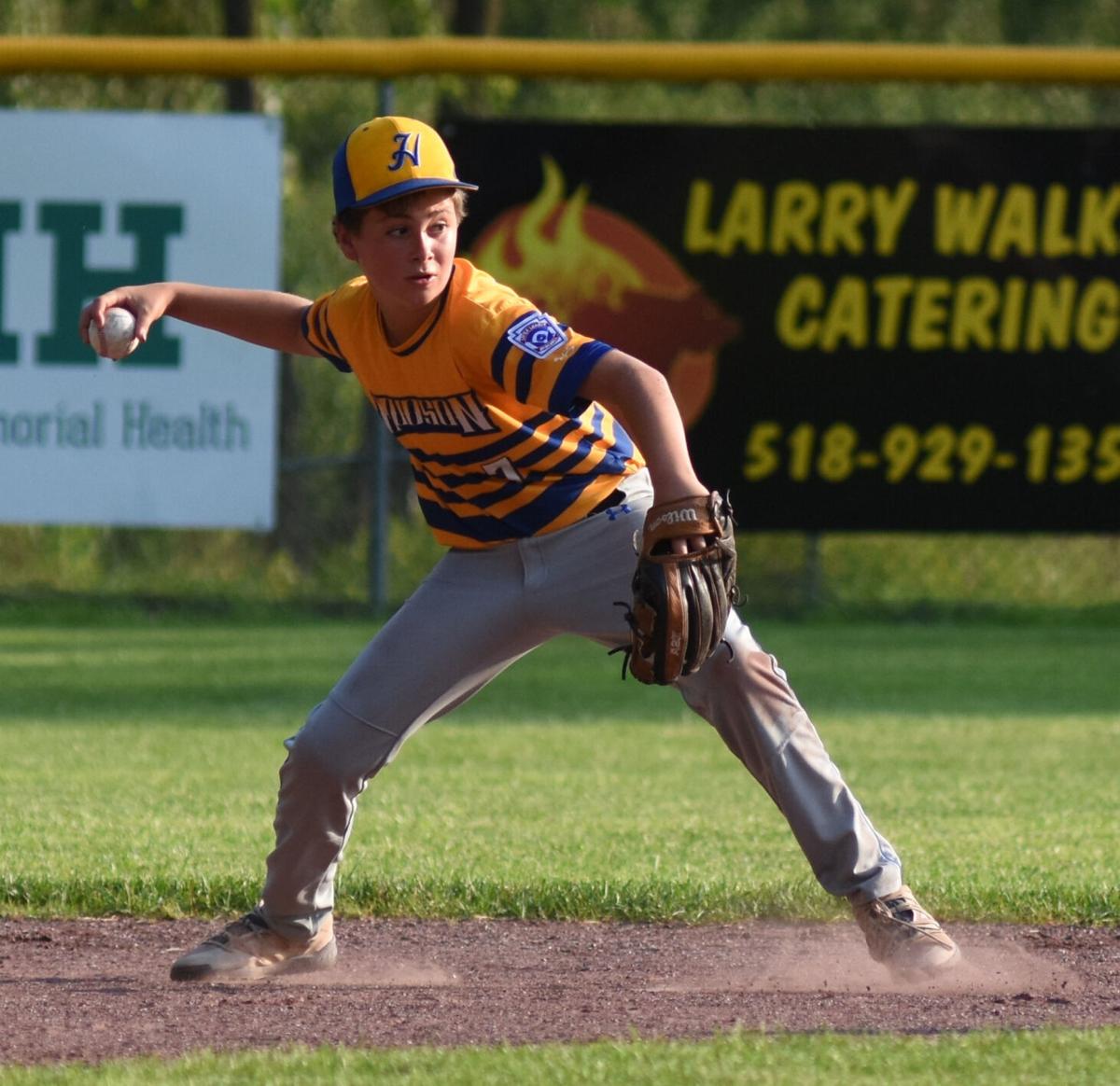 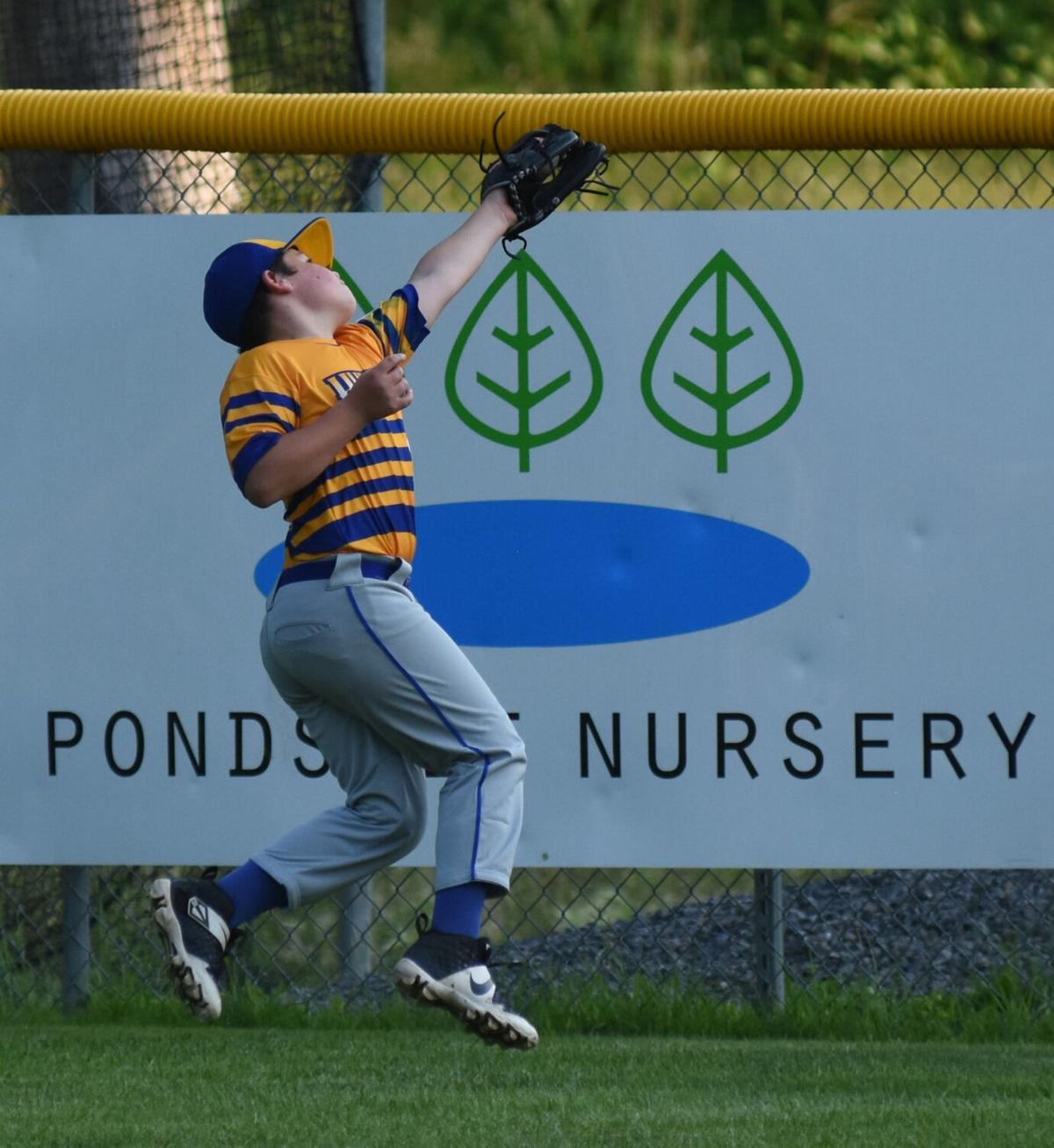 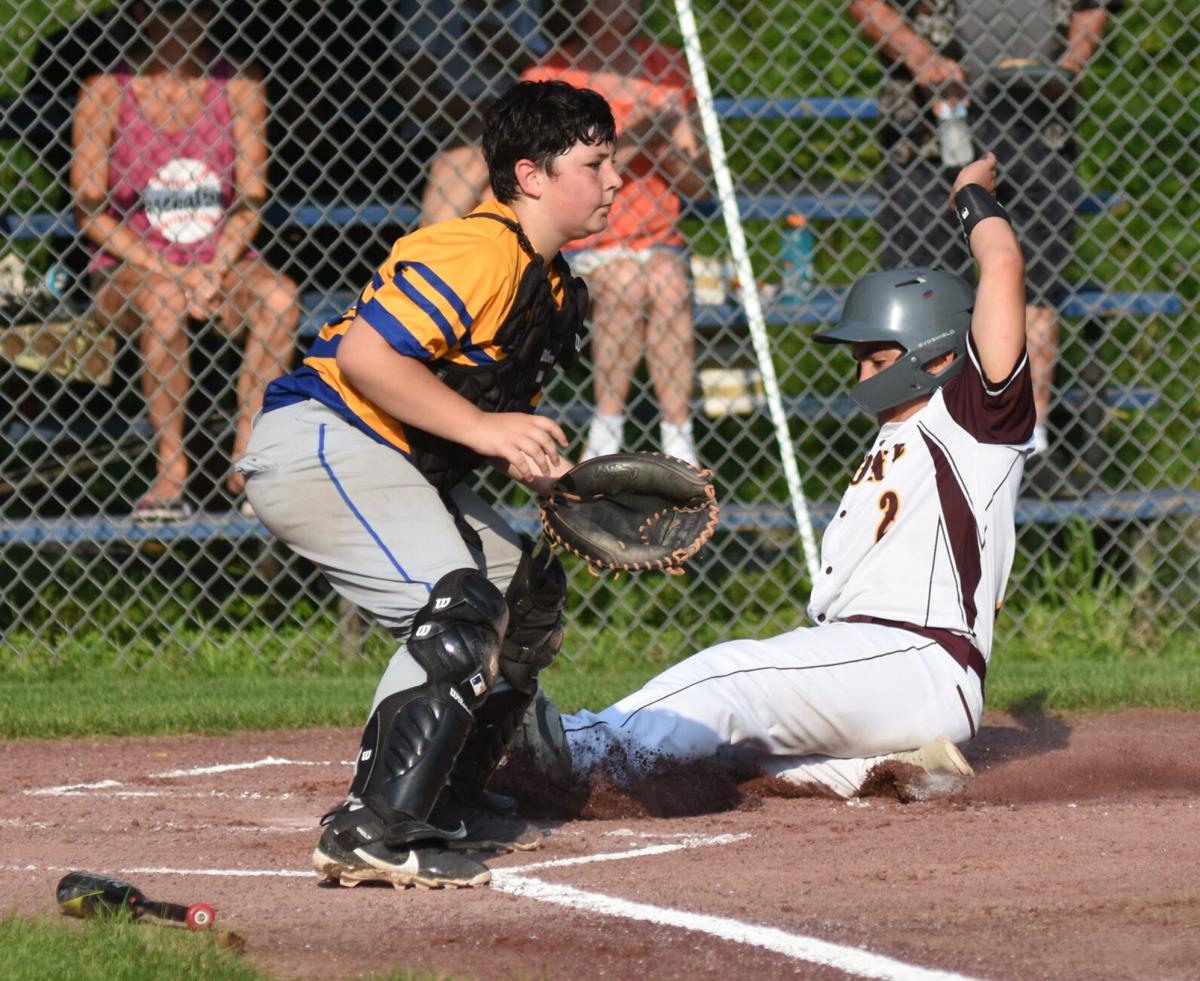 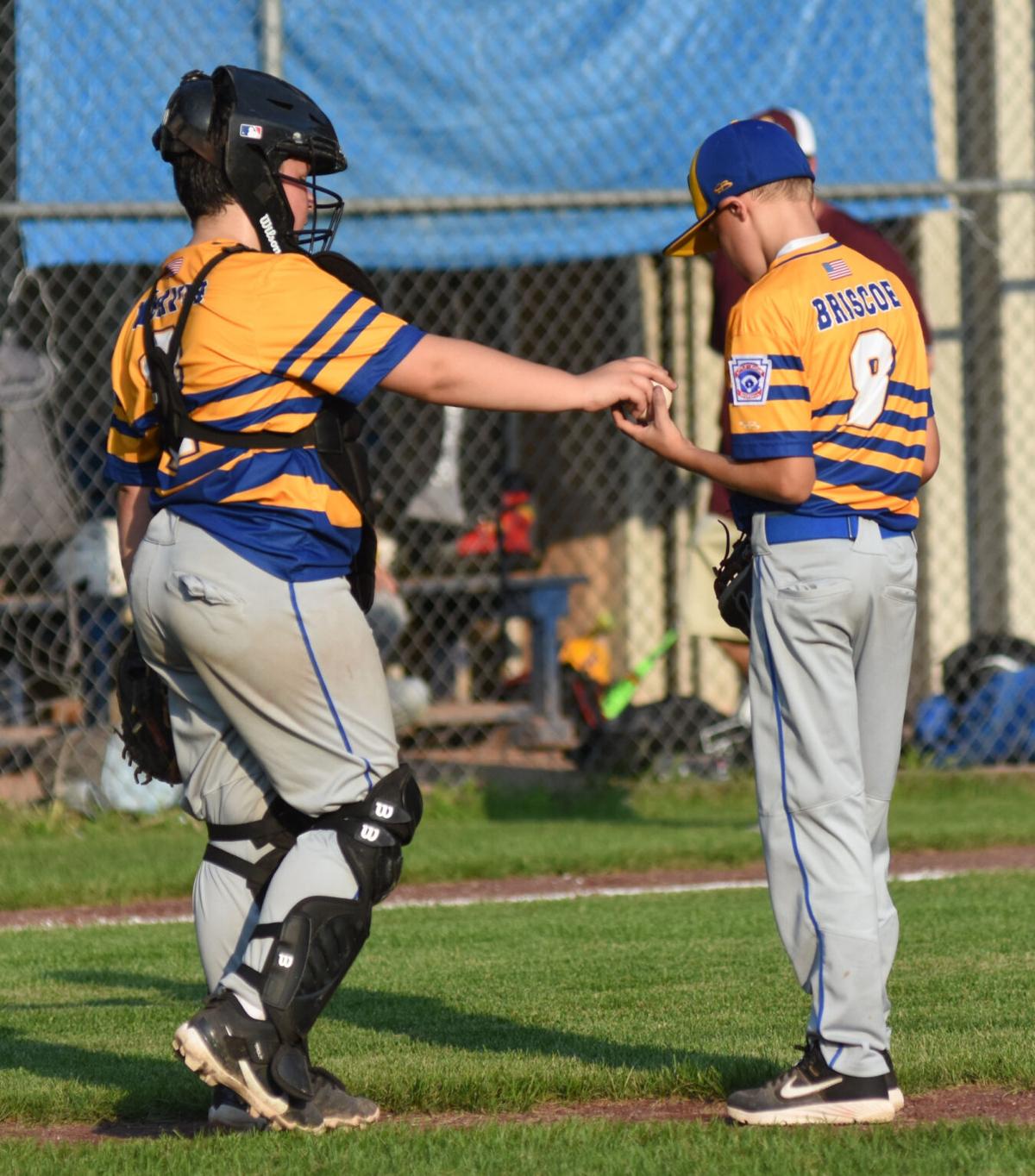 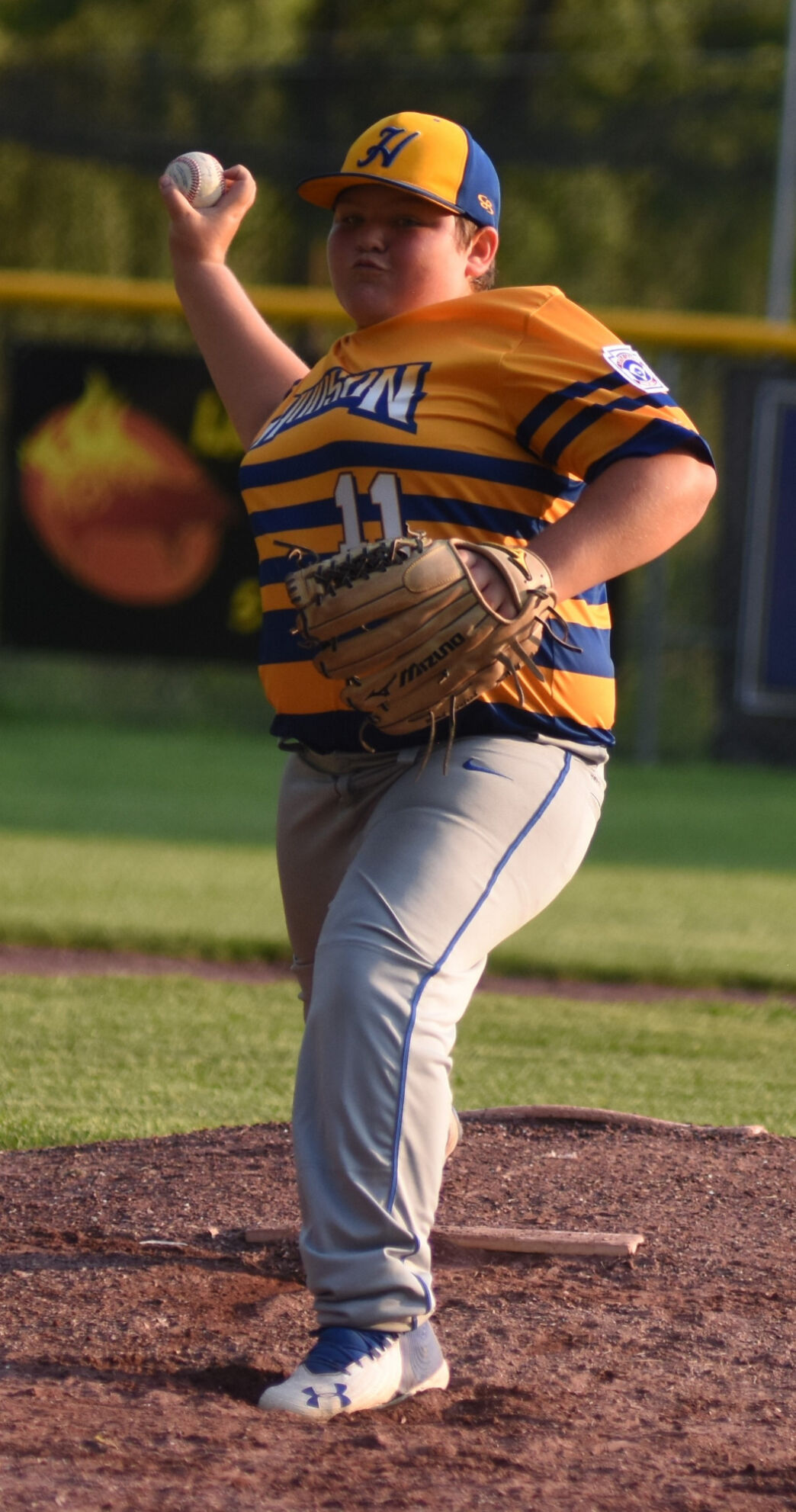 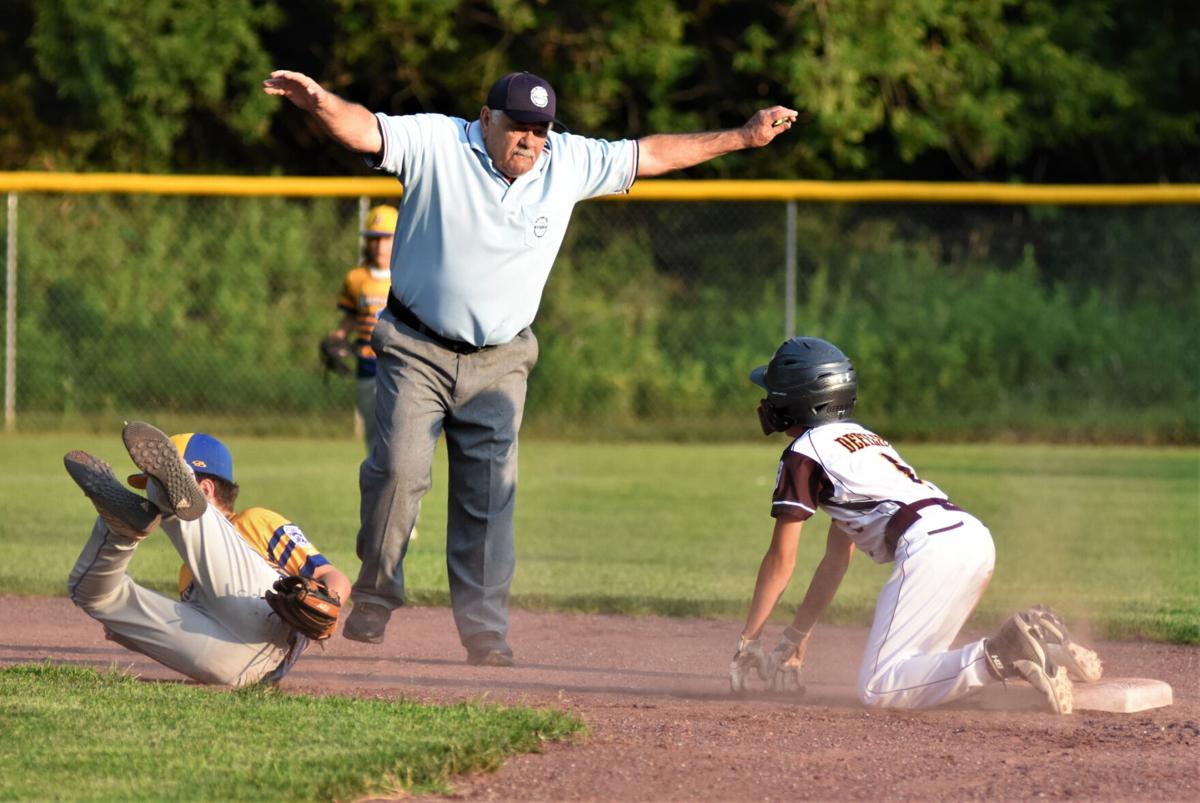 Tim Martin/Columbia-Greene Media Colonie’s Blake Defilippi looks to the umpire for the call after nearly getting tagged out at second base by Hudson shortstop Ryan Conte during Thursday’s state sectional 10-12 year-old tournament game at Galvan Field. 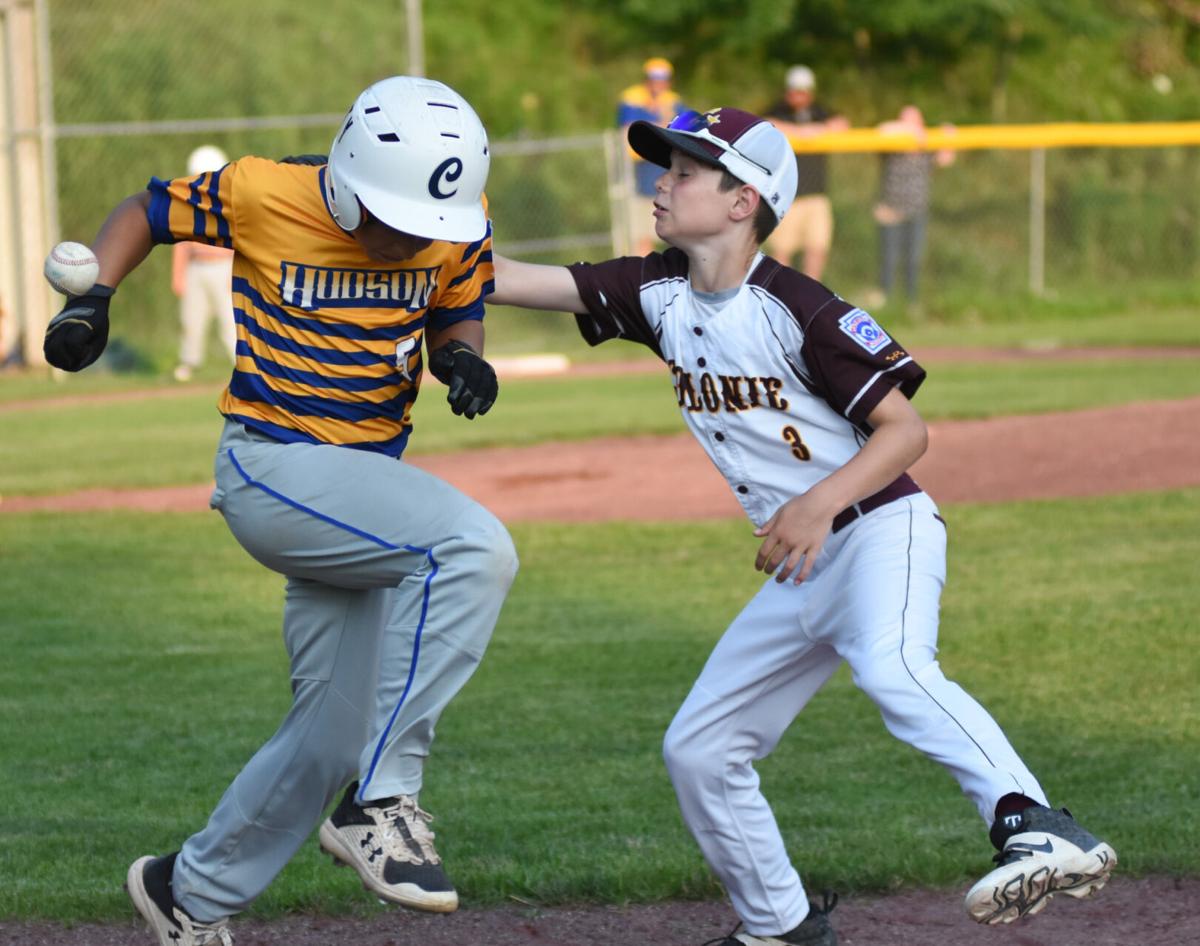 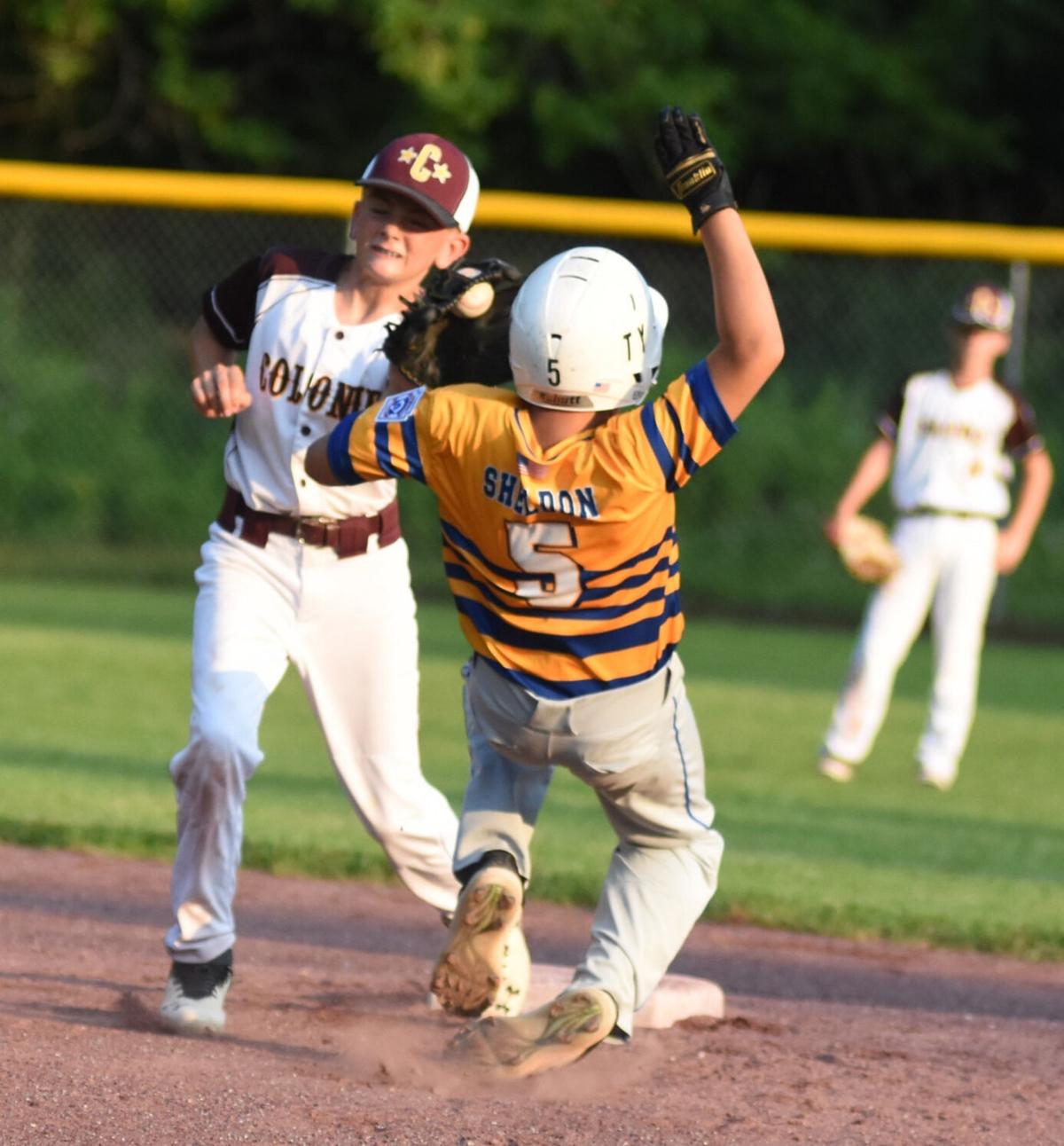 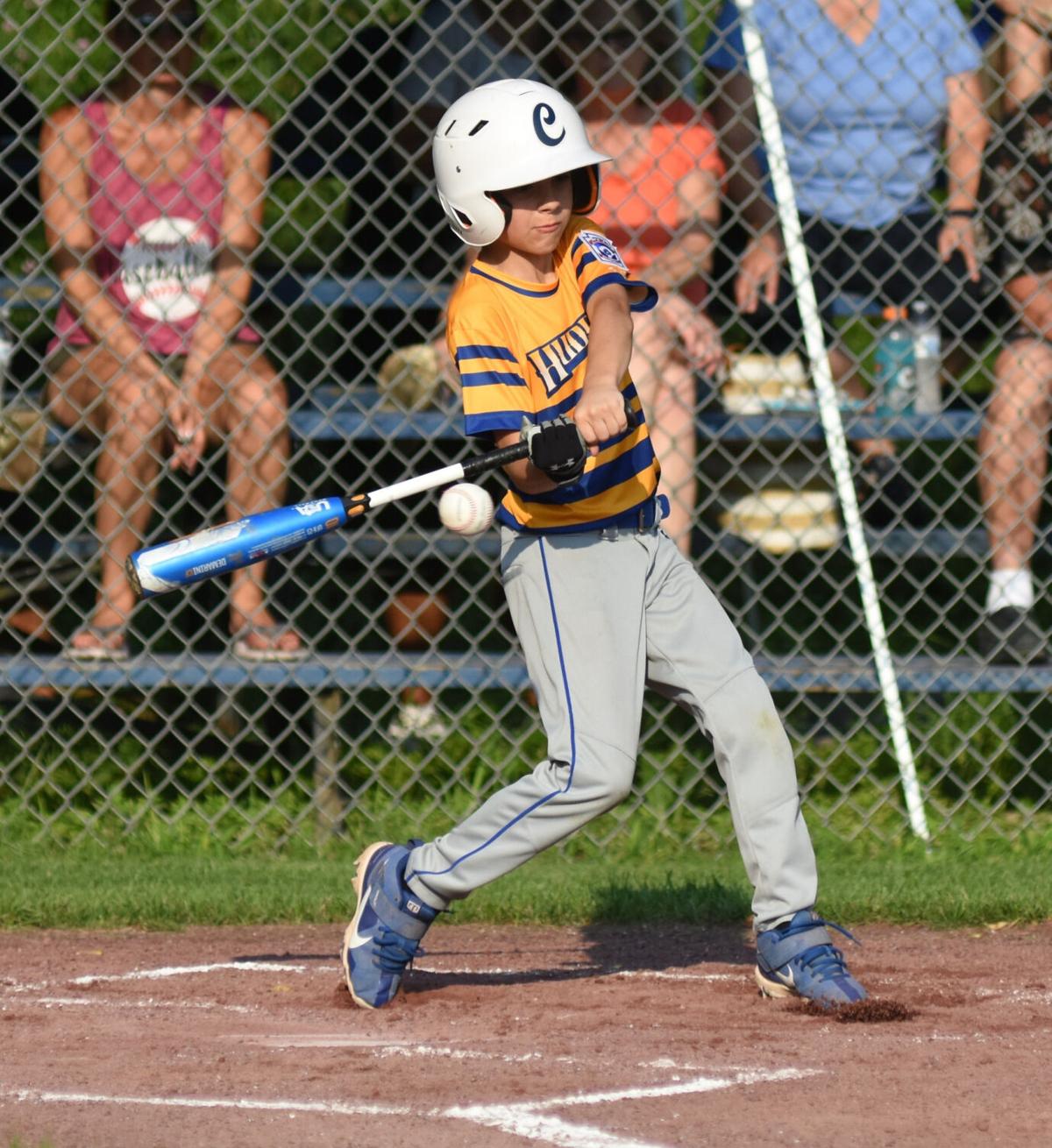 Tim Martin/Columbia-Greene Media Colonie’s Blake Defilippi looks to the umpire for the call after nearly getting tagged out at second base by Hudson shortstop Ryan Conte during Thursday’s state sectional 10-12 year-old tournament game at Galvan Field.

HUDSON — The Hudson 10-12 year-old Little League All-Stars’ run in the state tournament came to an end on Thursday as Colonie completed a sweep of their best of three Section 2 series with a 12-1 victory at Galvan Field.

Colonie, which is 10-0 since the All-Star Tournament began and has outscored its opponents 109-17, took a 4-0 lead in the first inning.

Carter Epting led off with the first of his three doubles and Cam Fruscio walked. Epting scored on a double steal, with Fruscio coming in on an error. Owen Mendrick singled, Steven Thomas was hit by a pitch and Cameron Frazier ripped an RBI single. The final run of the inning came in on Ryder Mackenzie’s sacrifice fly.

Hudson got one back in the bottom of the first when Evan Conte walked, advanced two bases on wild pitches and scored on Trent Keller’s single.

Colonie tacked on four more runs in the second. Epting doubled, Fruscio was hit by a pitch and Tyler Bilka stroked an RBI single. Mendrick followed with a two-run double and Frazier added an RBI double to make it 8-1.

The District 14 champs plated two in the third on an RBI double by Epting and an infield single off the bat of Mike Carlin, then wrapped up the scoring with two more in the fourth on an RBI ground out by Epting and Bilka’s run-scoring single.

Hudson managed just two singles off of four Colonie pitchers, a single each by Keller and Tyler Sheldon.

Bilka, Epting, Fruscio and Frazier all threw one inning for Colonie, striking out seven and walking three.