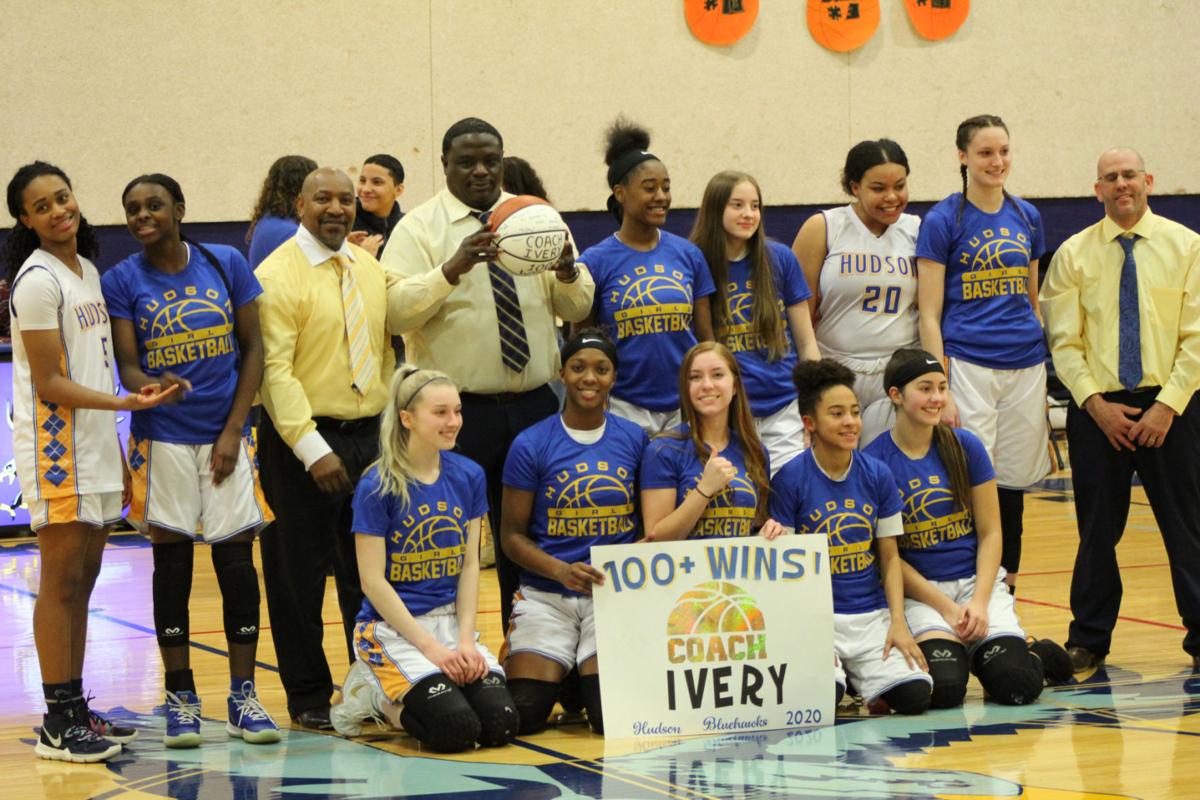 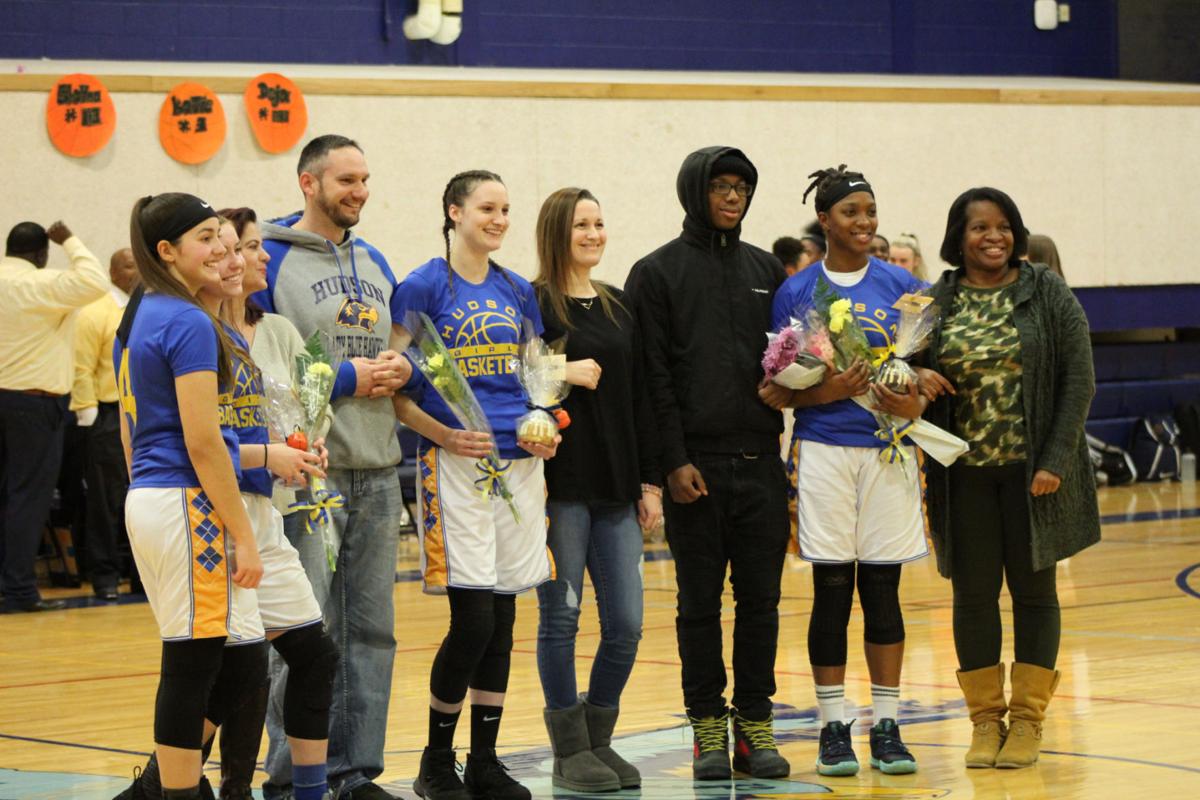 Matt Fortunato/Columbia-Greene Media The Hudson girls basketball team honored its senior players prior to the start of Wednesday’s game against Rensselaer. 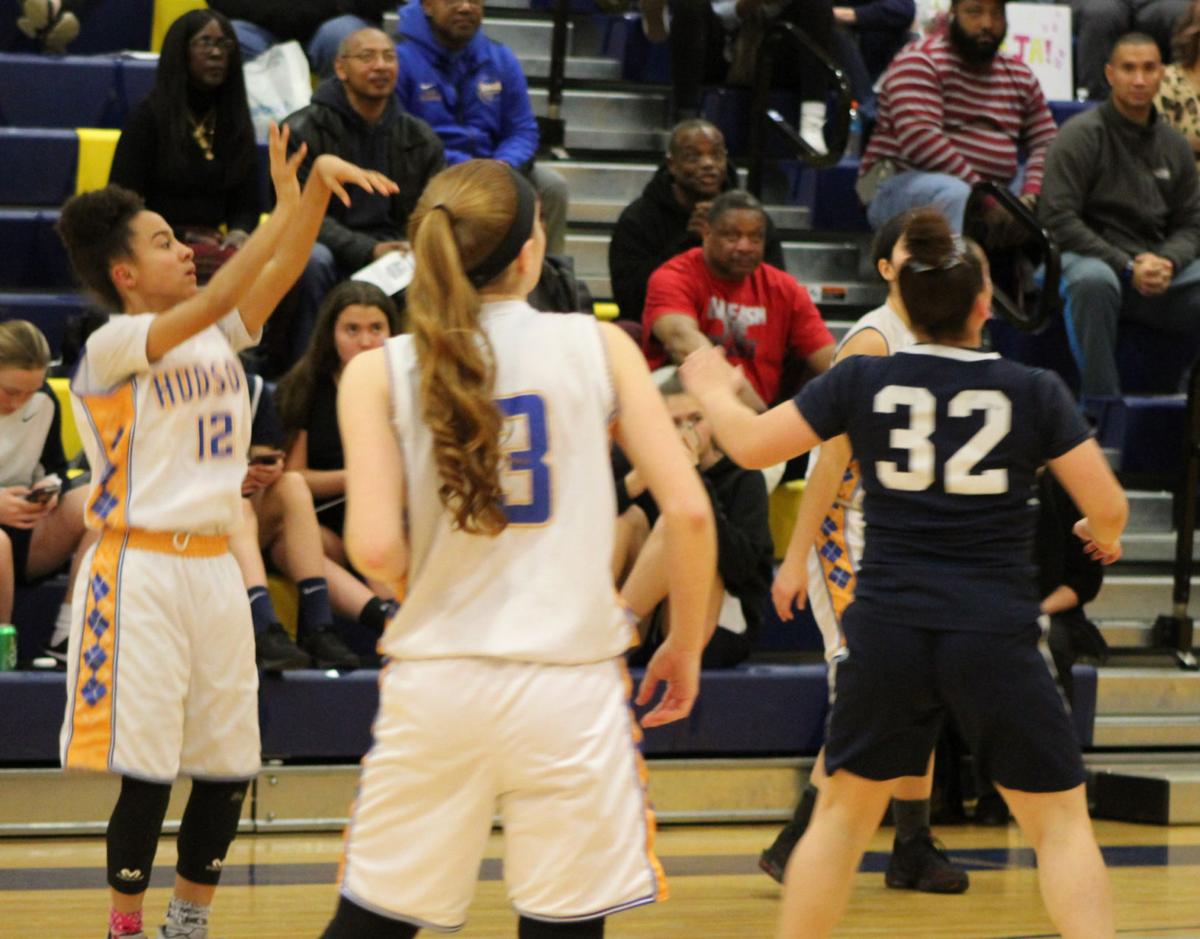 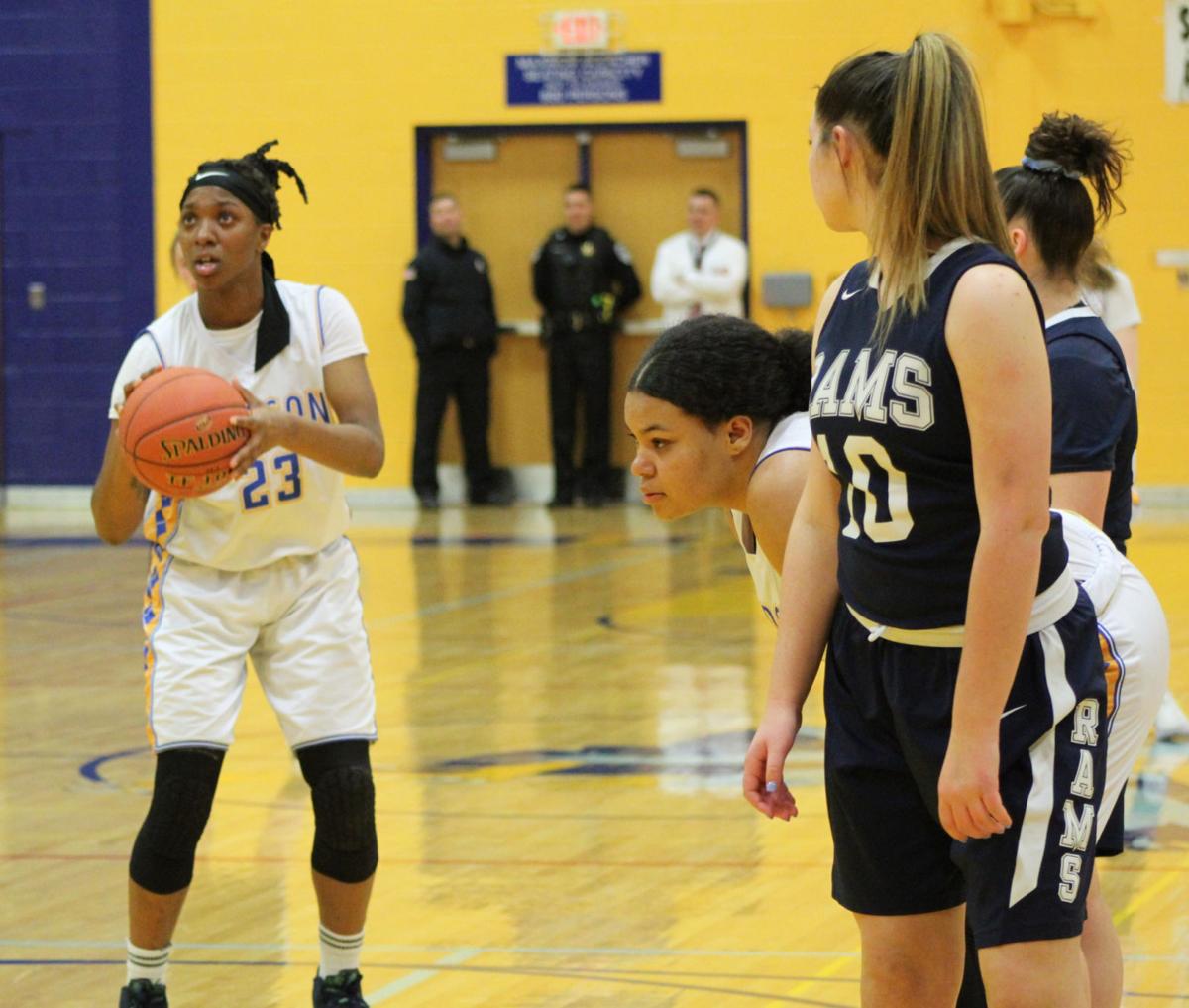 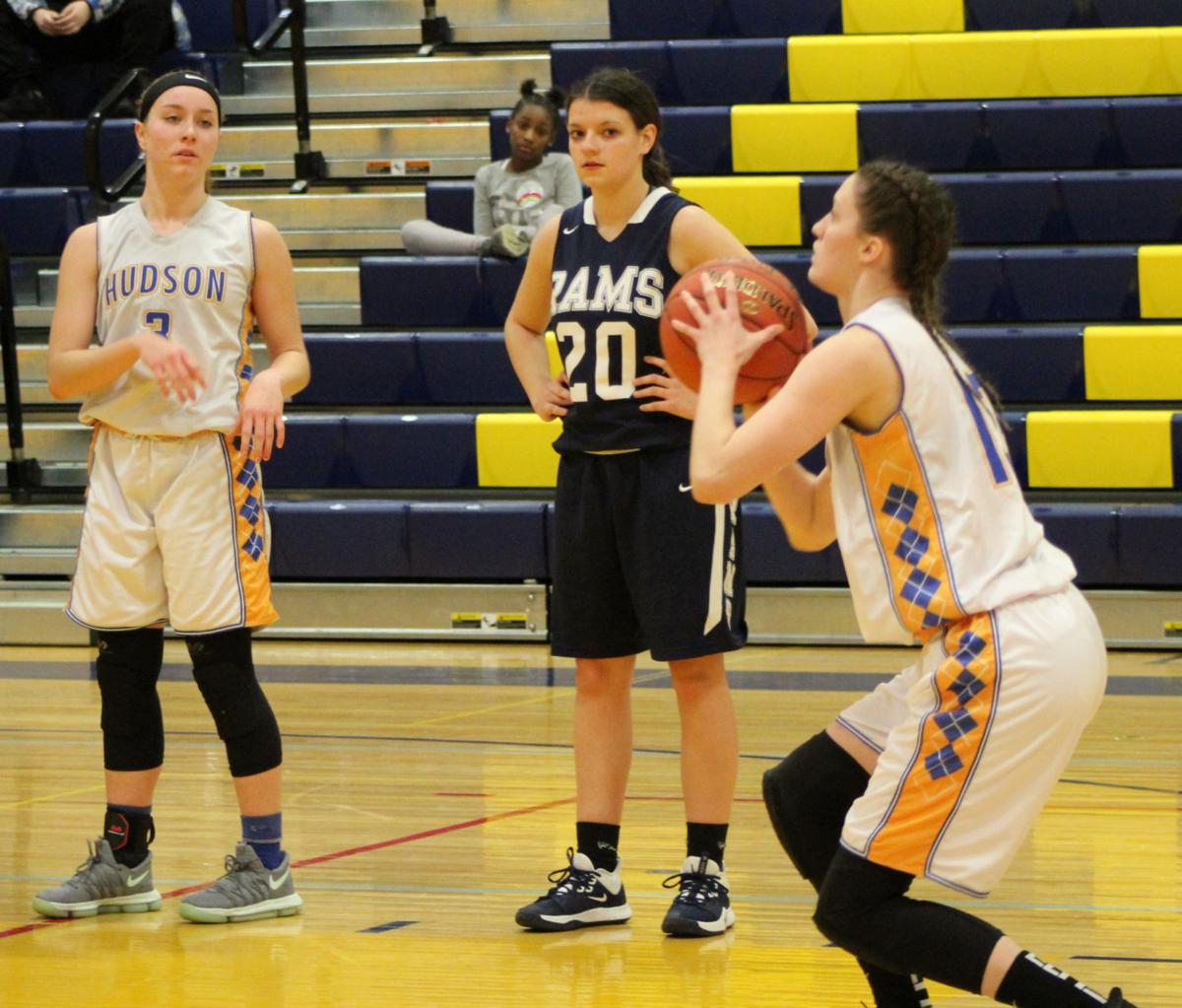 Matt Fortunato/Columbia-Greene Media The Hudson girls basketball team honored its senior players prior to the start of Wednesday’s game against Rensselaer.

Abby Jepsen had another huge night for the Bluehawks, leading all scorers with 23 points, after dropping 20 on Monday.

Jepsen was among three seniors for Hudson honored in their senior night ceremony before the game. Abby’s sister Katie, Deja Beauford, and Shayna Coppersmith, the other seniors recognized prior to tipoff, had quieter nights with three points, ten points, and one point respectively.

Bluehawks coach Brice Ivery was also celebrated, after earning his 100th win earlier in the season, and given a custom basketball signed by current and former players.

Both teams started the game off strong on the defensive side, putting pressure on their opponents in the first four minutes of the game.

The Bluehawks were having a tough time boxing out for rebounds, and the Rams missed a handful of free throws early, preventing them from chipping away at the lead.

The second period was riddled with overzealous passing by both teams at the start, and the Rams could not knock down any open looks.

Hudson took advantage of the misses better this time around, and began building the lead.

A few minutes later, Deja Beauford hit a three pointer as the buzzer sounded for halftime, and the Bluehawks led 35-18.

The Bluehawks needed the rest it seemed, as they stormed out of the locker room with 11 points in the first two and a half minutes of the third.

Abby Jepsen heated up in the quarter as well, hitting four three-pointers in the period for 12 points. This helped the Bluehawks increase their lead, and led 58-34 after three.

Hudson slowed things down significantly in the fourth, only scoring three points in the final quarter, but most of the starters had been pulled at that point anyway.

The Bluehawks took this one 61-48, and have a Patroon Conference showdown looming Friday night, on the road against undefeated Maple Hill.