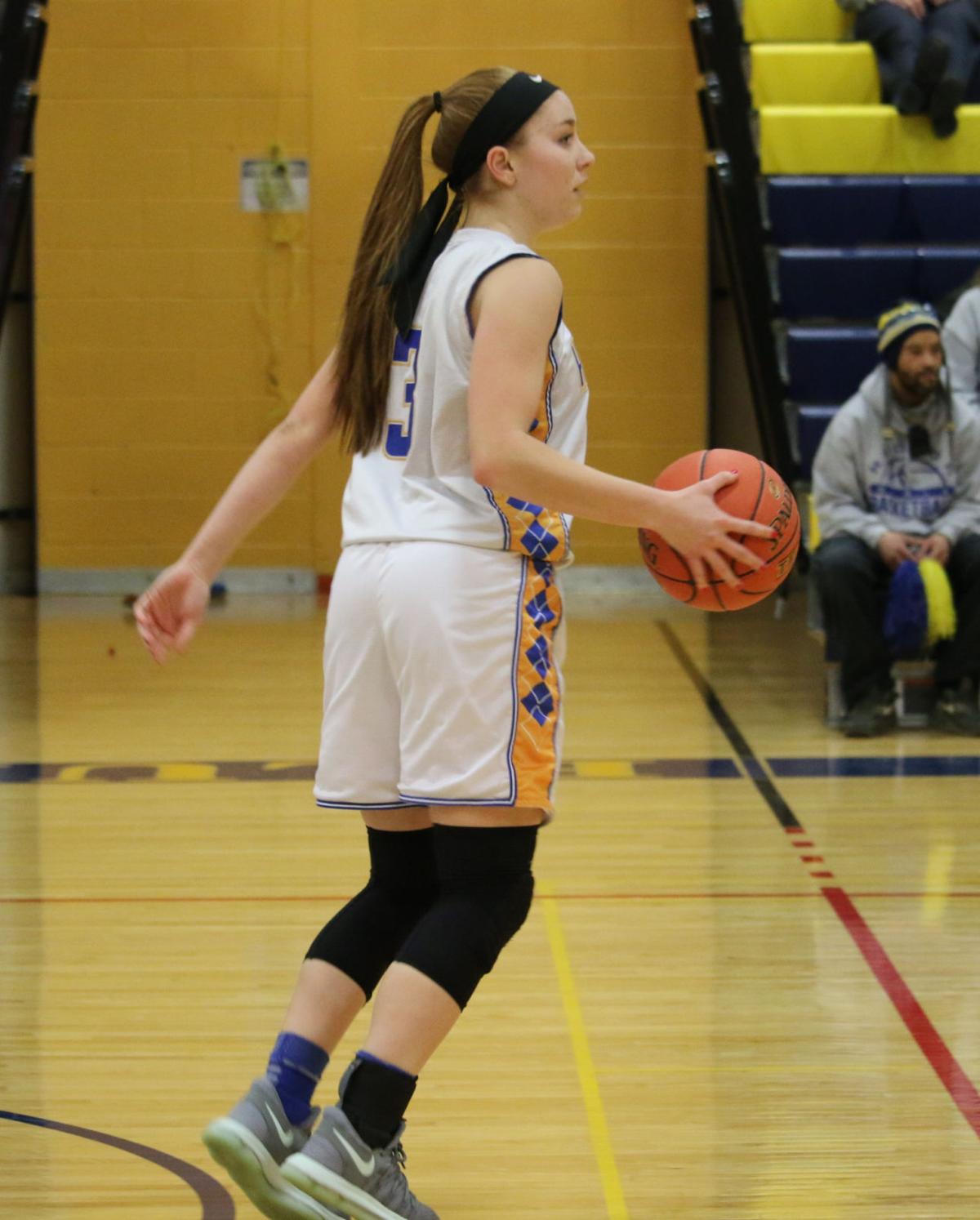 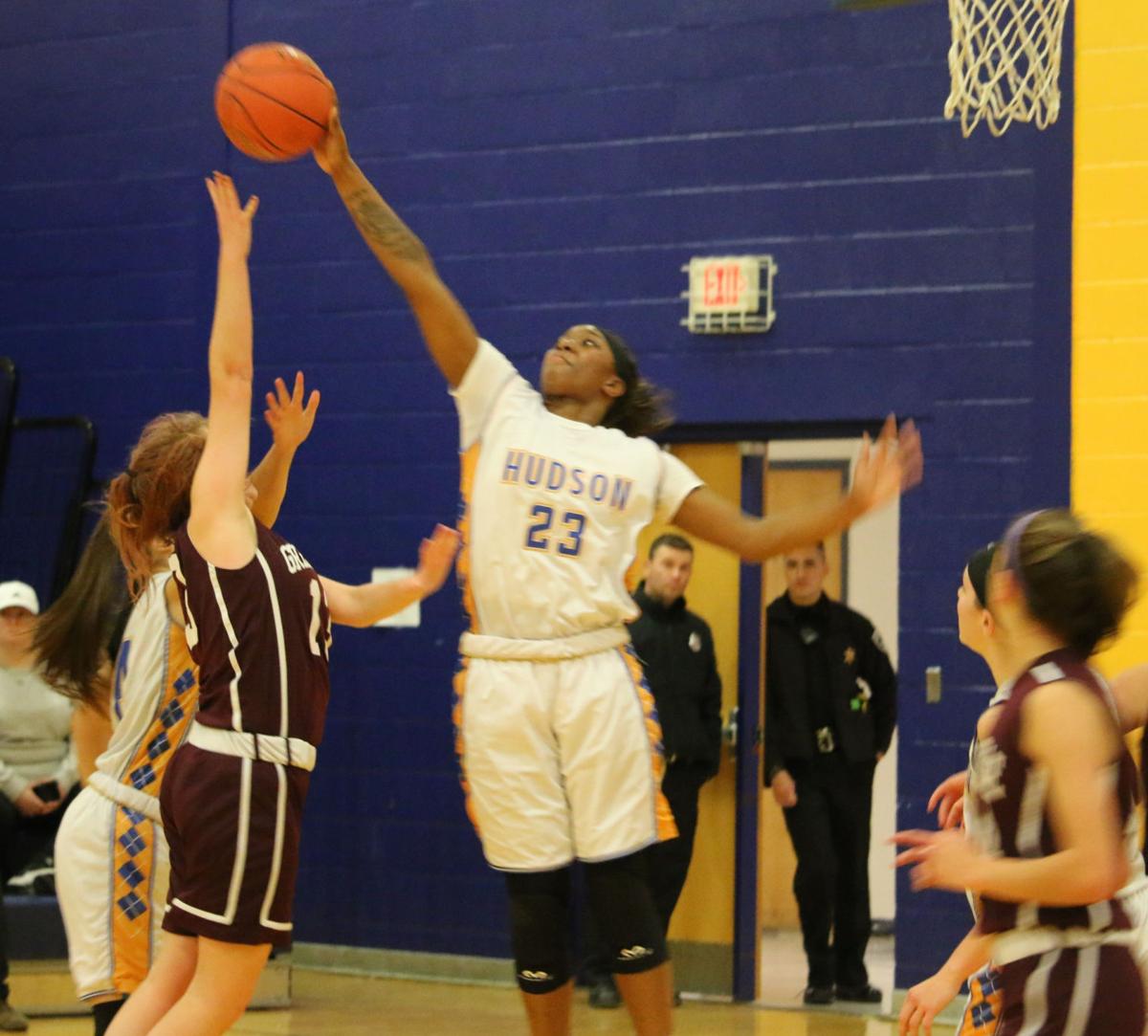 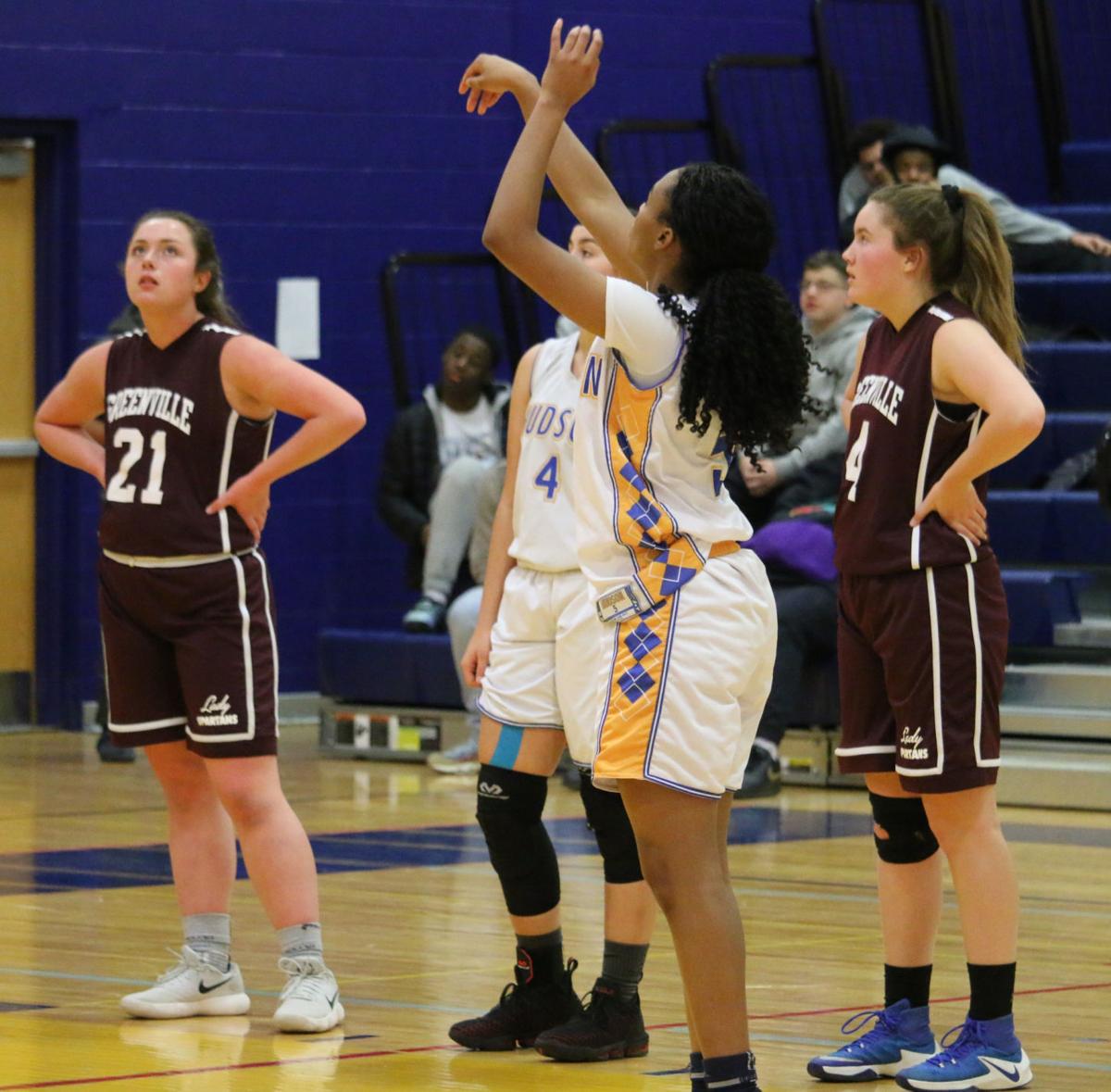 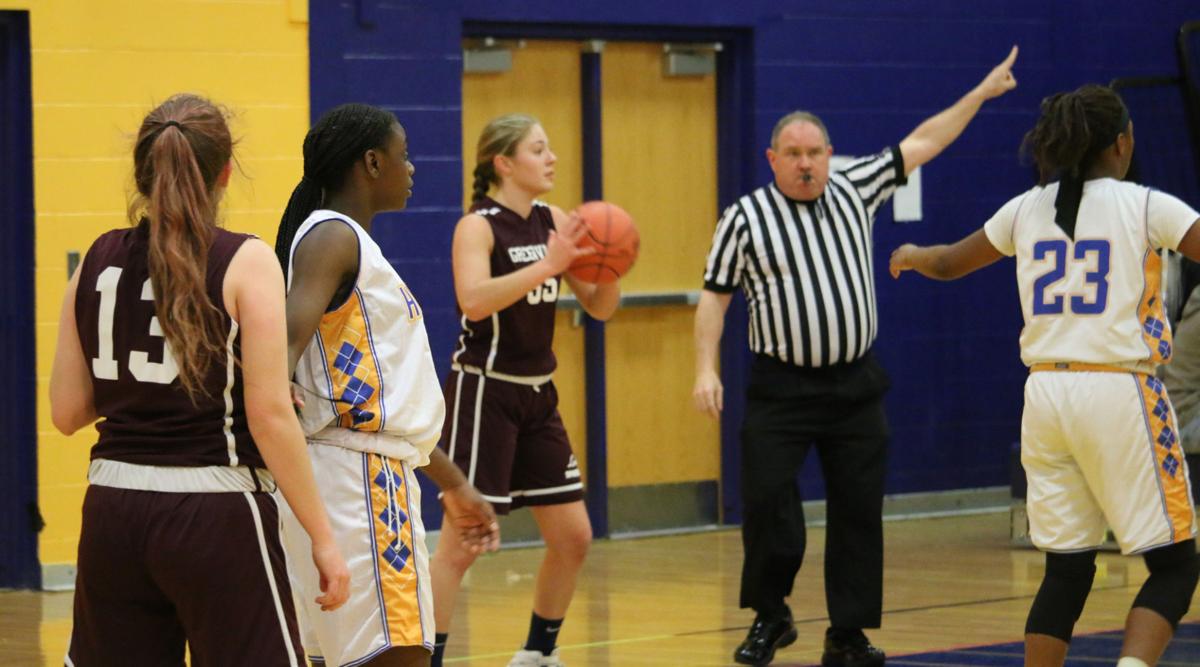 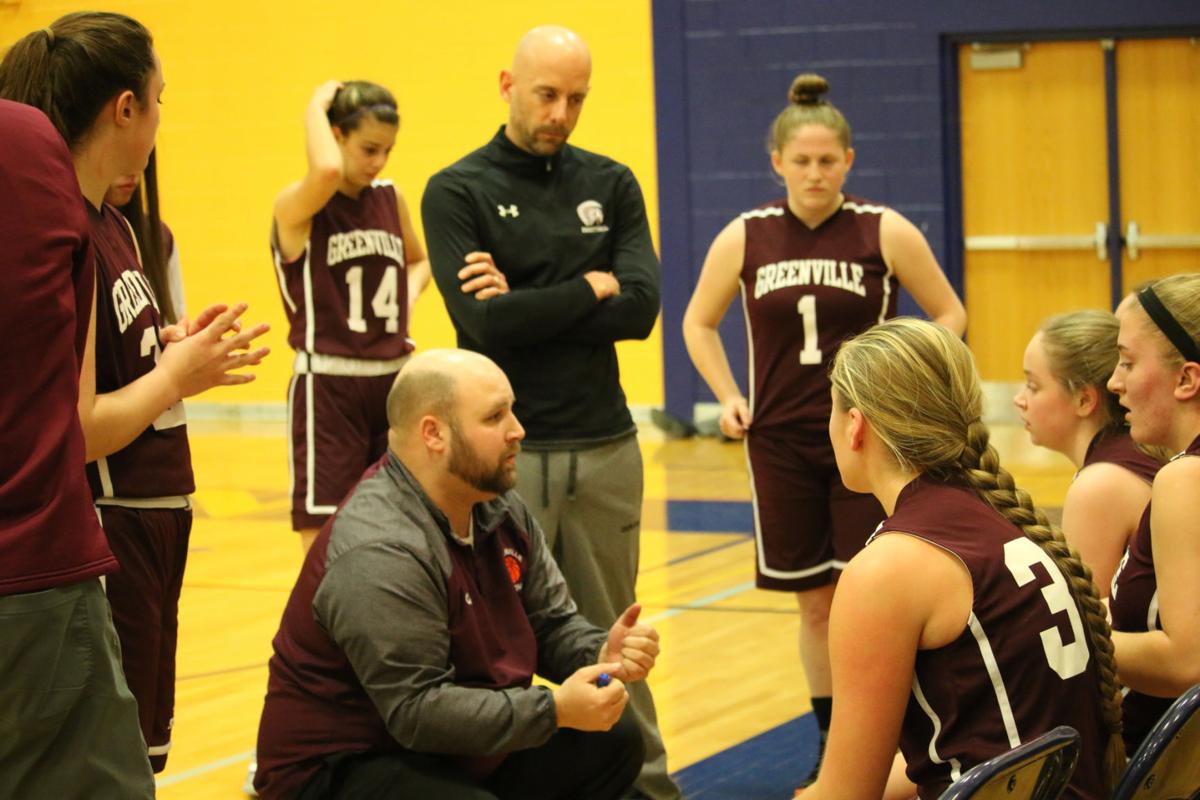 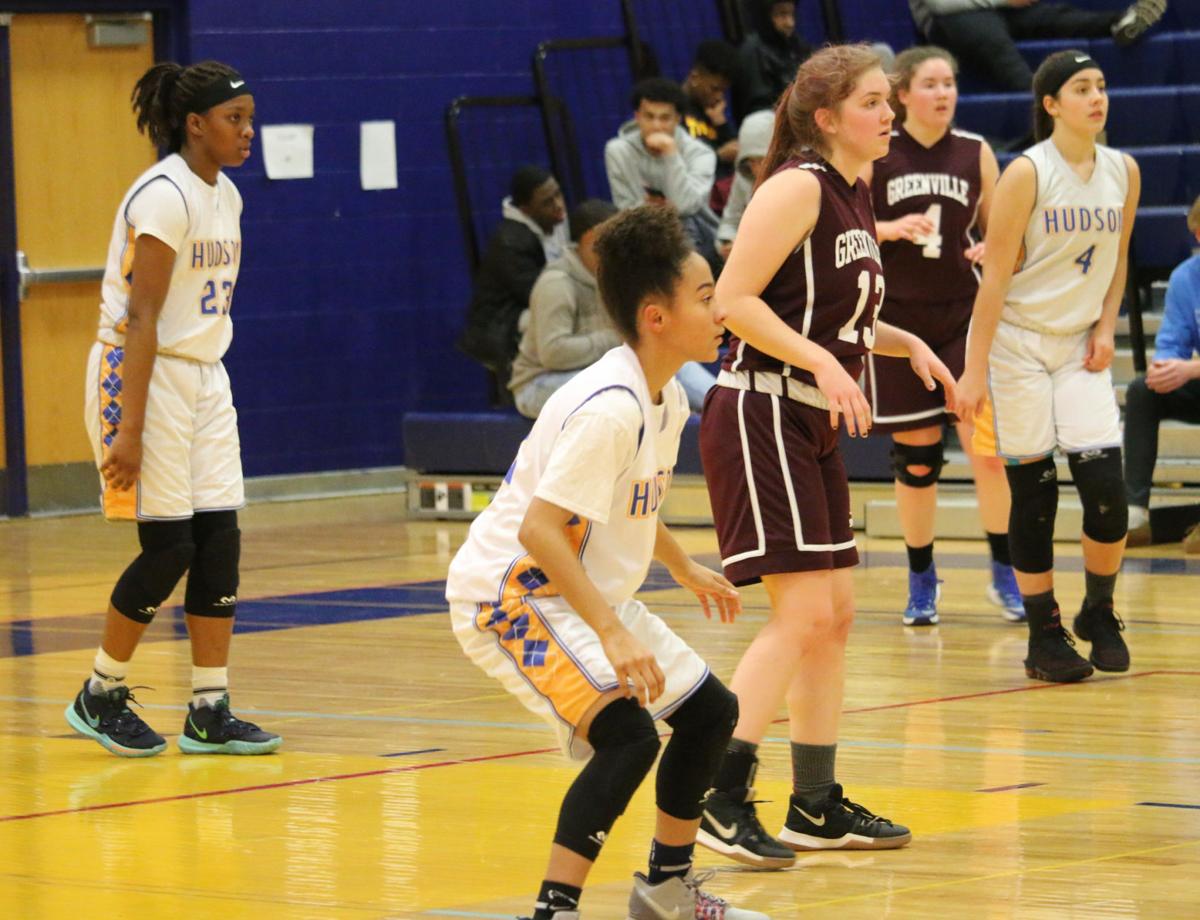 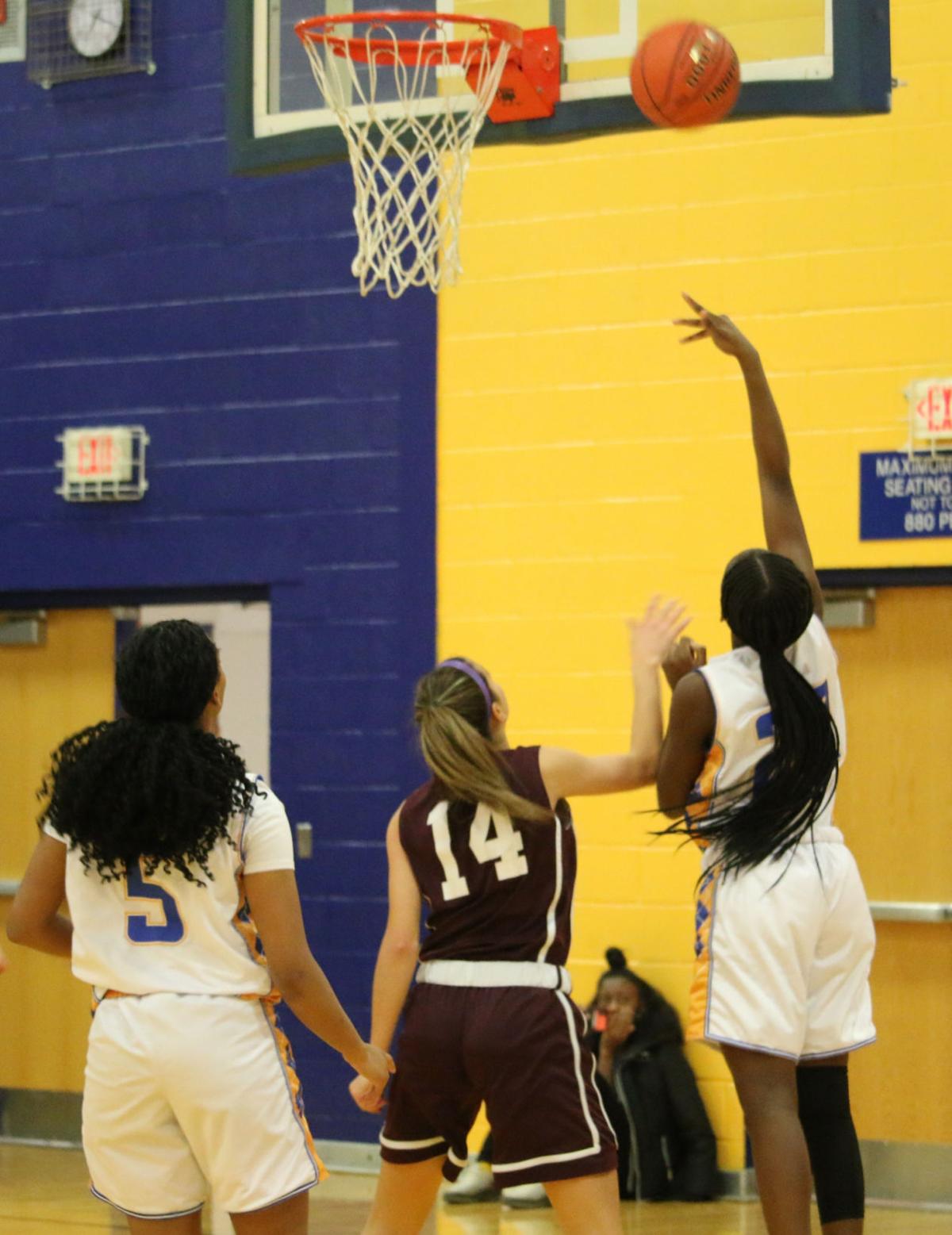 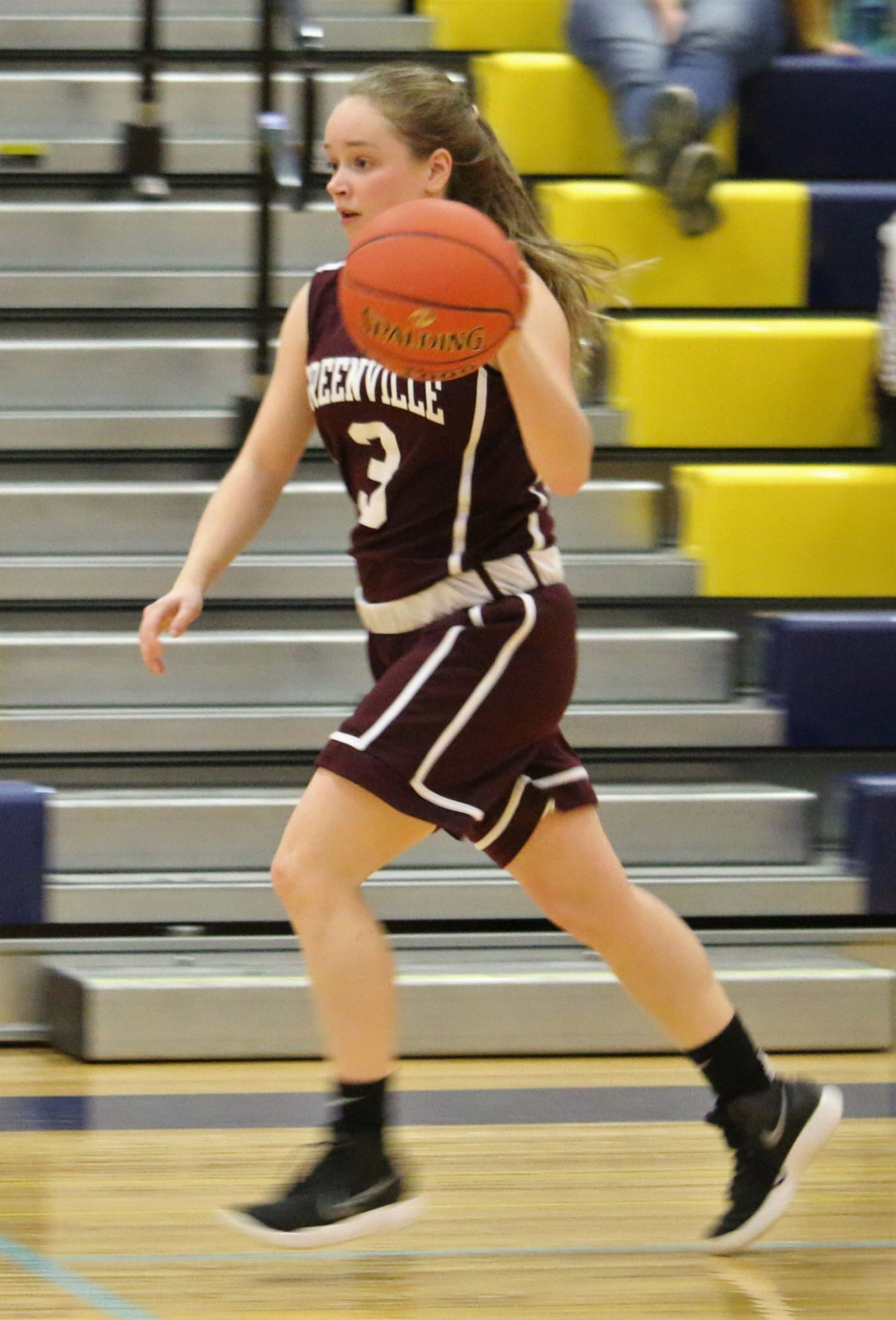 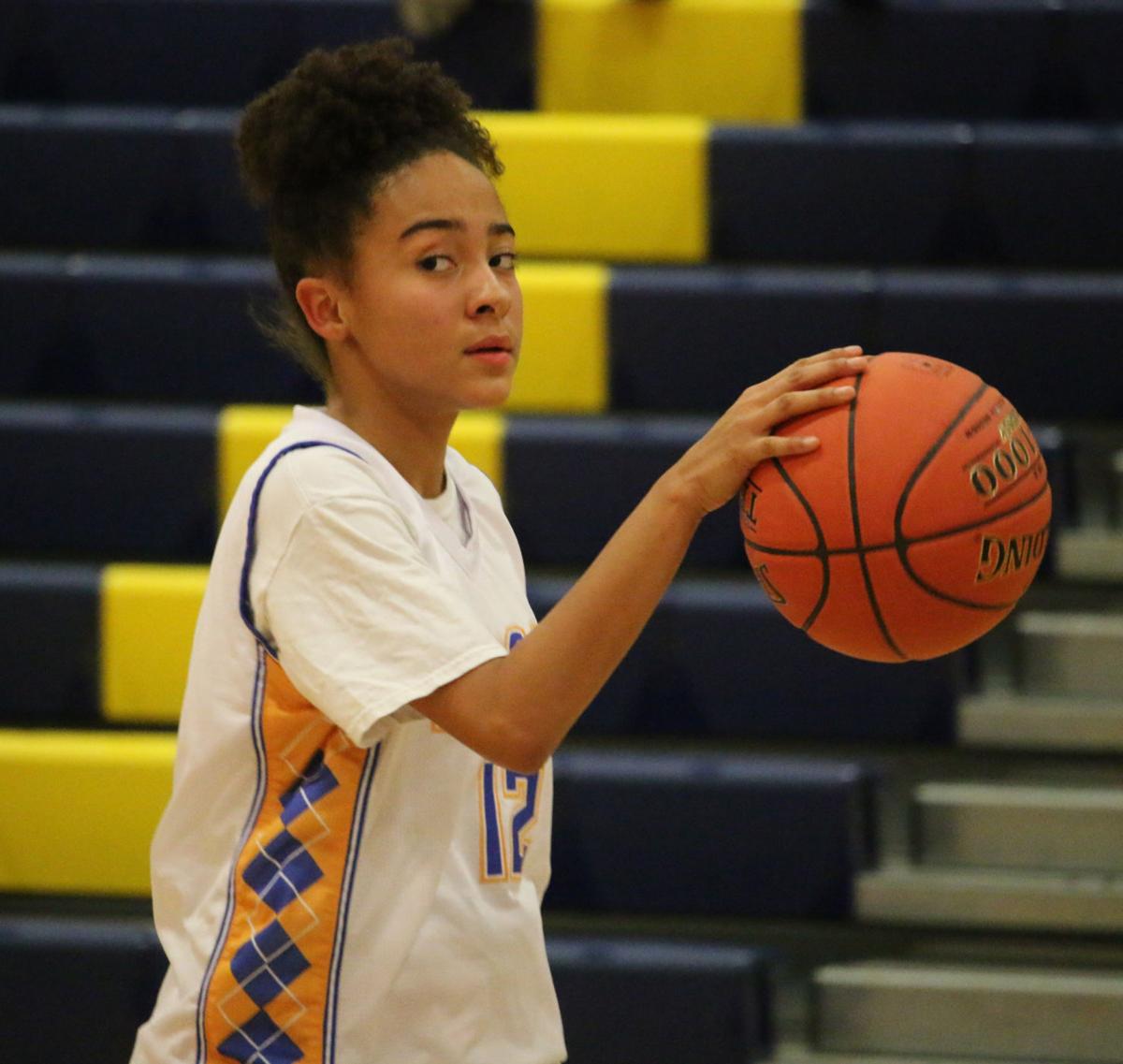 Matt Fortunato/Columbia-Greene Media Hudson’s Aaliyah Jones looks over at the bench as she walks the ball up the floor during Monday’s Patroon Conference girls basketball game against Greenville. 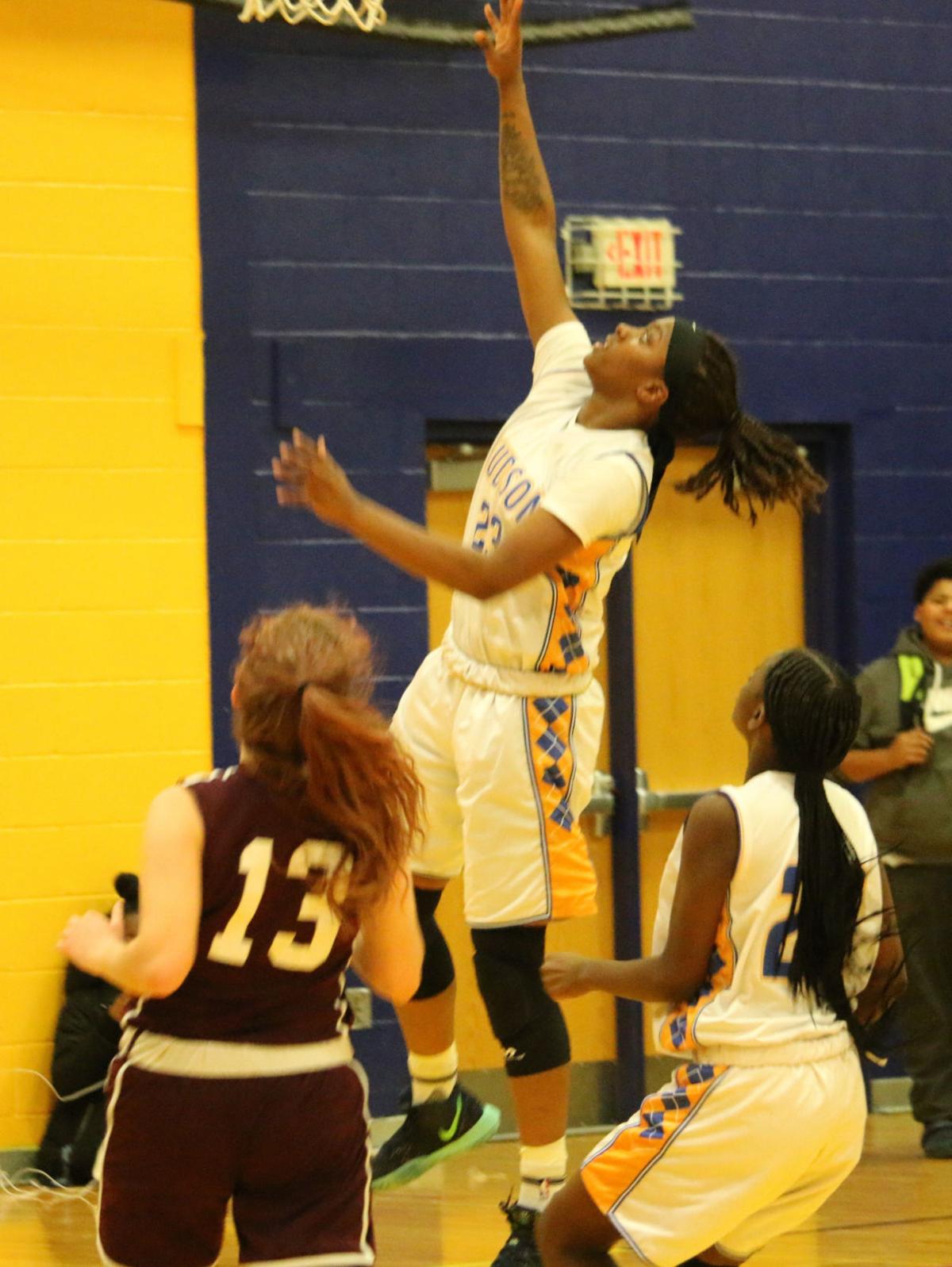 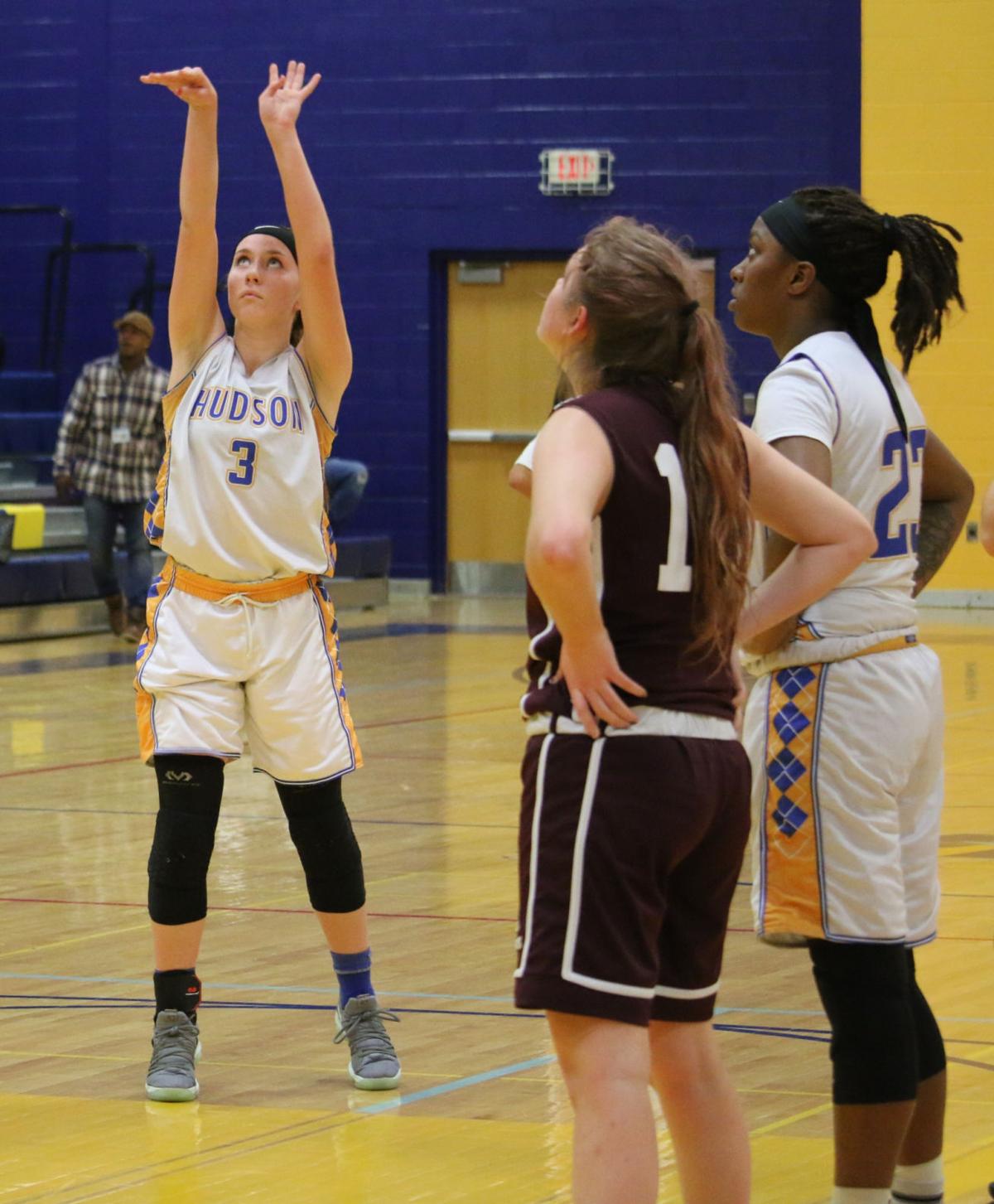 Matt Fortunato/Columbia-Greene Media Hudson’s Aaliyah Jones looks over at the bench as she walks the ball up the floor during Monday’s Patroon Conference girls basketball game against Greenville.

HUDSON —The Lady Bluehawks hosted the Lady Spartans on Monday night, and came away with a 69-27 Patroon Conference girls basketball victory.

It was a rough night for the Lady Spartans, as Hudson jumped out to a 10-0 lead, forcing a timeout by Greenville not two minutes in.

After adjusting, Greenville managed to score a few buckets, slow down the Lady Bluehawks for the time being, and were only down 14-6 when the first period ended.

Hudson slowed down their attack and tightened up their handling in the second quarter. The Bluehawks knocked down an open threepointer as the buzzer sounded for halftime, and were now comfortably ahead, 35-14.

At the start of each period, Hudson seemed to have a burst of energy and scored quickly and easily. The third quarter was no different when the Bluehawks came out of the locker room after the break and scored a fast seven points.

As the game wore on, Greenville became more and more susceptible to giving up open shots on defense, and Hudson’s defense kept the pressure on by causing turnovers that led to easy baskets.

At the start of the fourth period the Lady Bluehawks were up by 40, thanks to Greenville scoring only two points in the third quarter.

Hudson pulled back on their intensity as the game neared it’s end, but would not pass up the open shots Greenville was still giving them consistently.

When the clock reached zero, the final tally gave Hudson the victory.

Coming up on Wednesday, both teams will be heading north, with Hudson playing at Rensselaer and Greenville playing at Albany-Leadership.