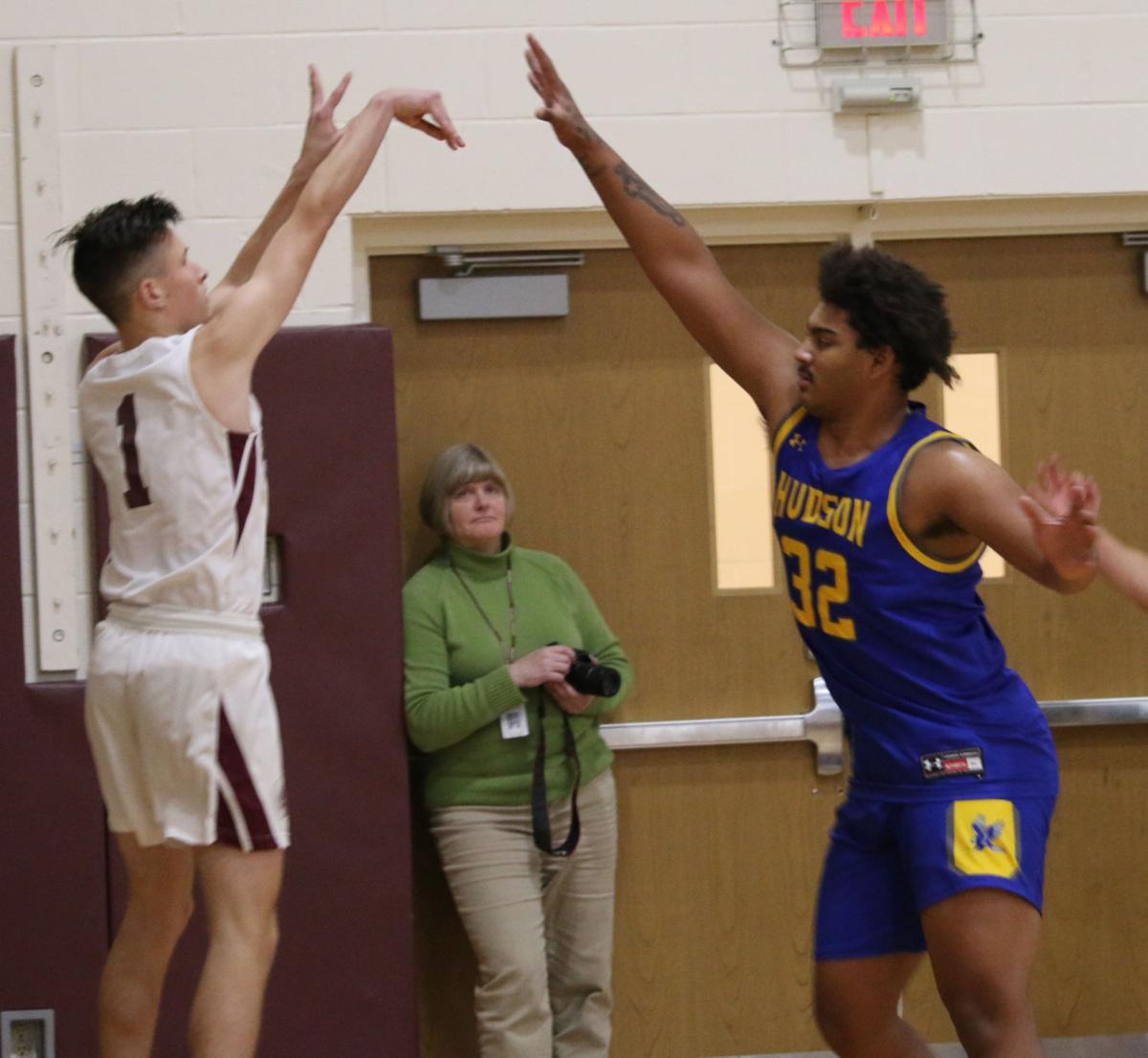 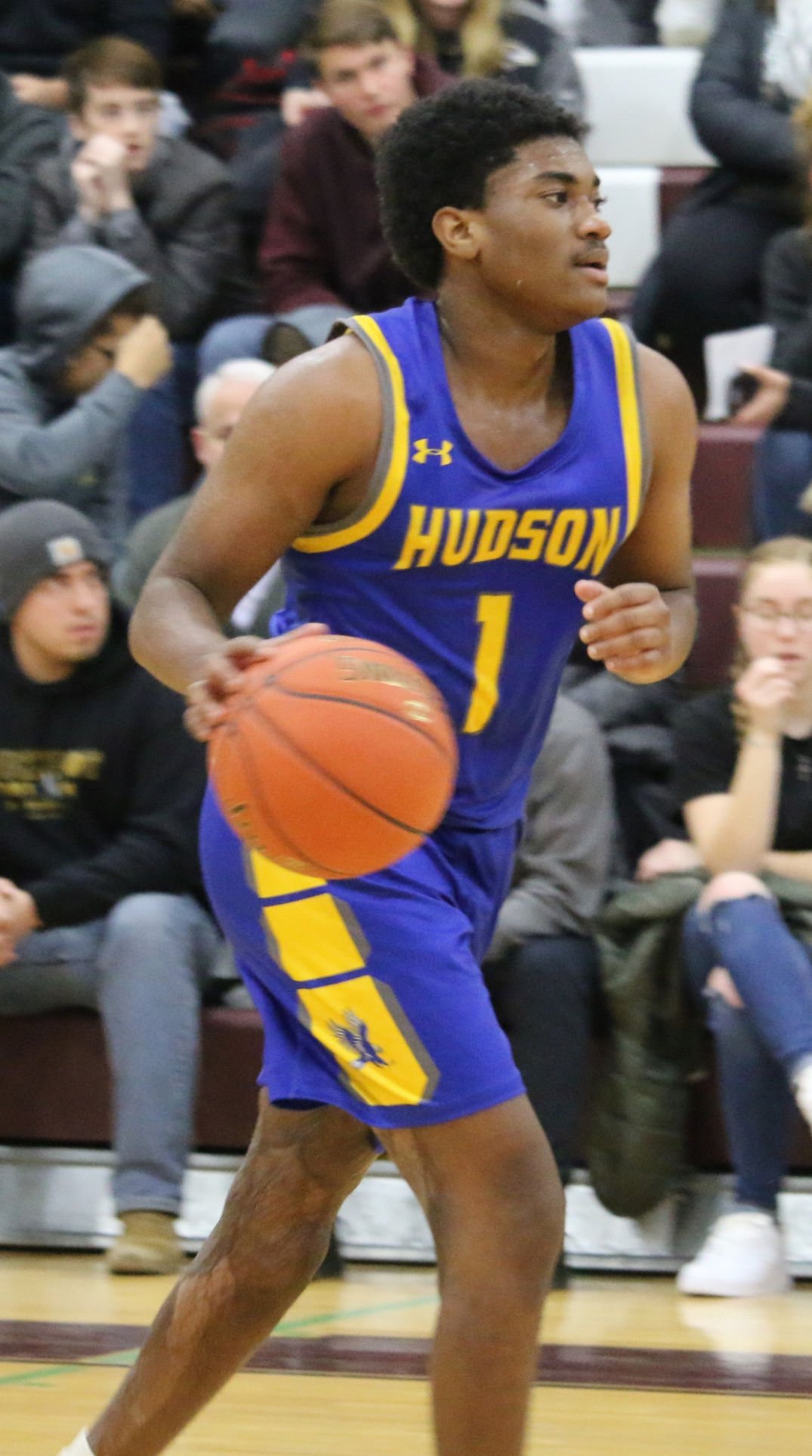 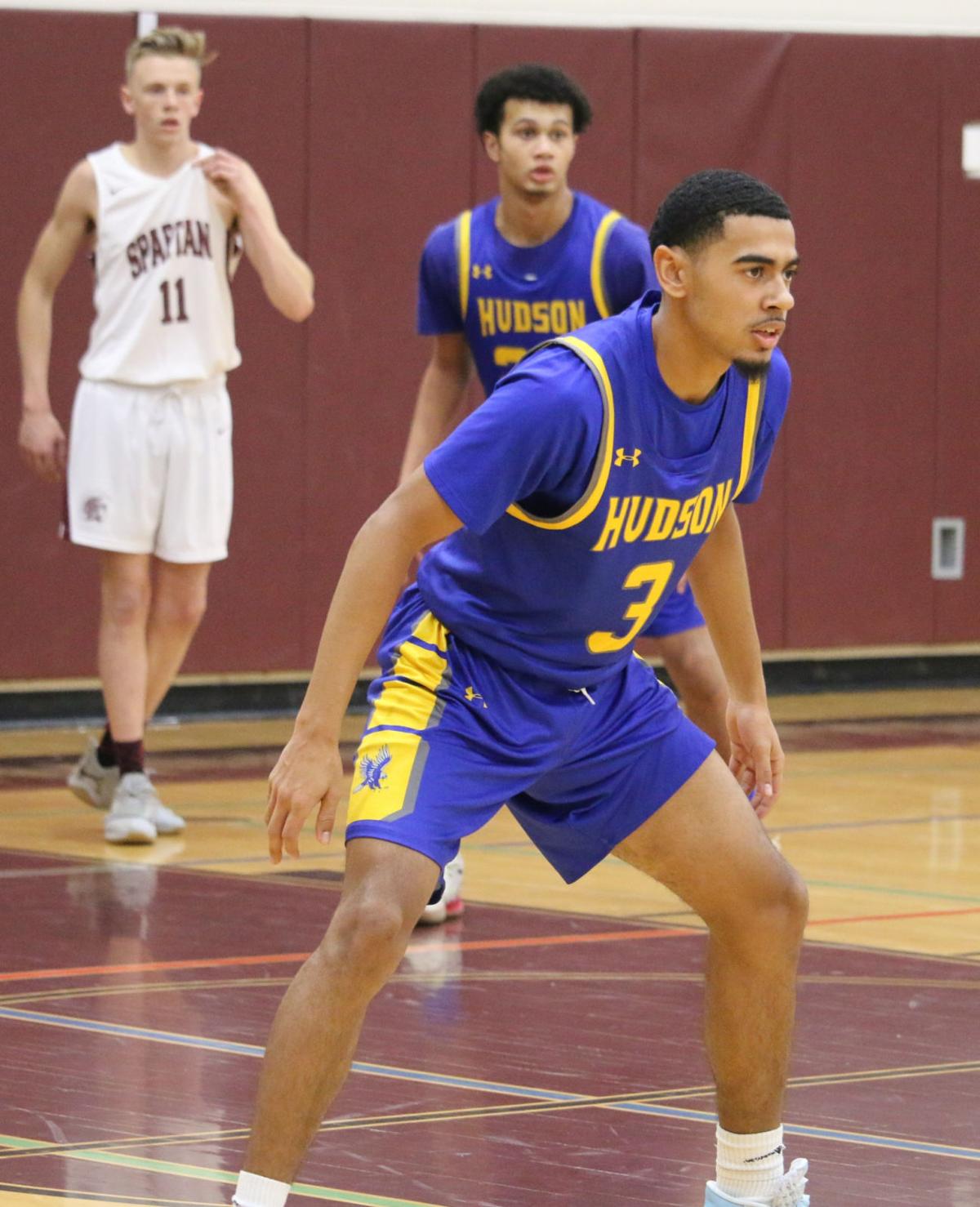 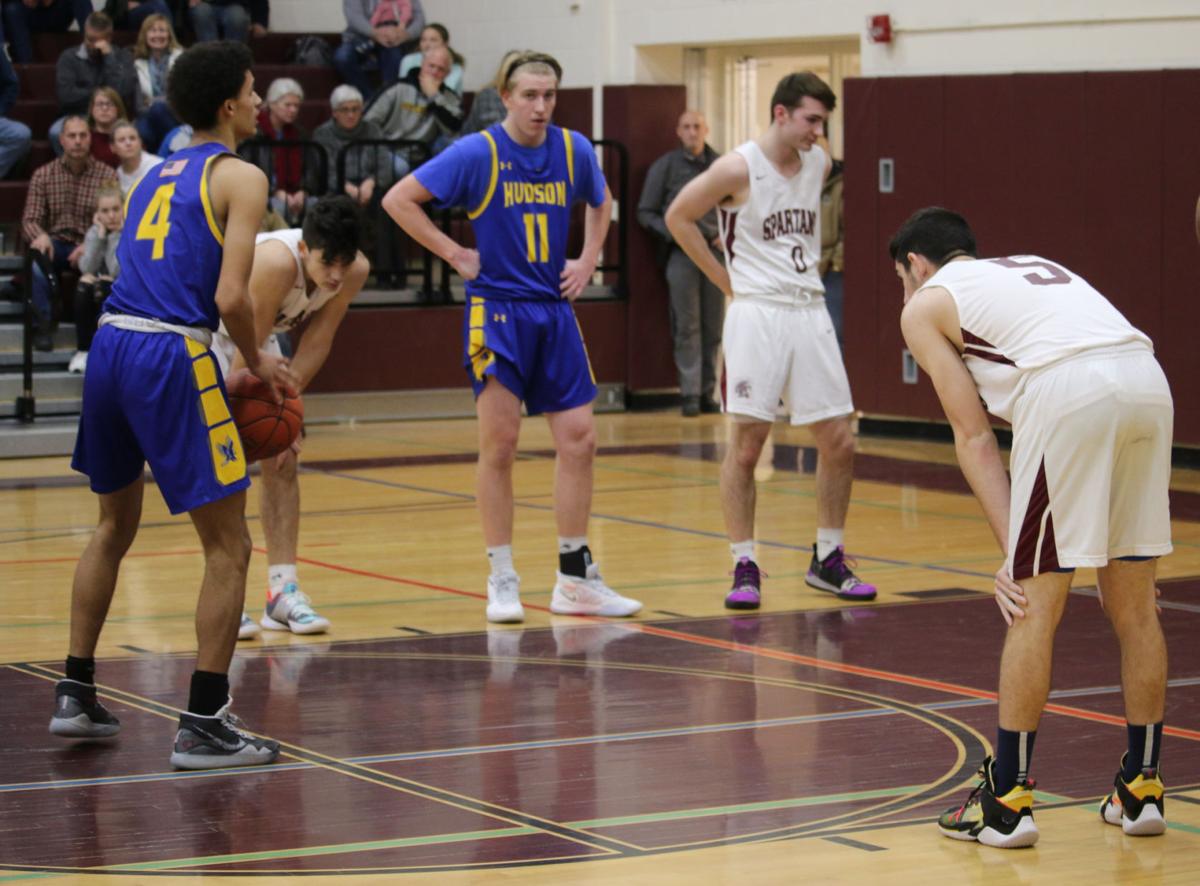 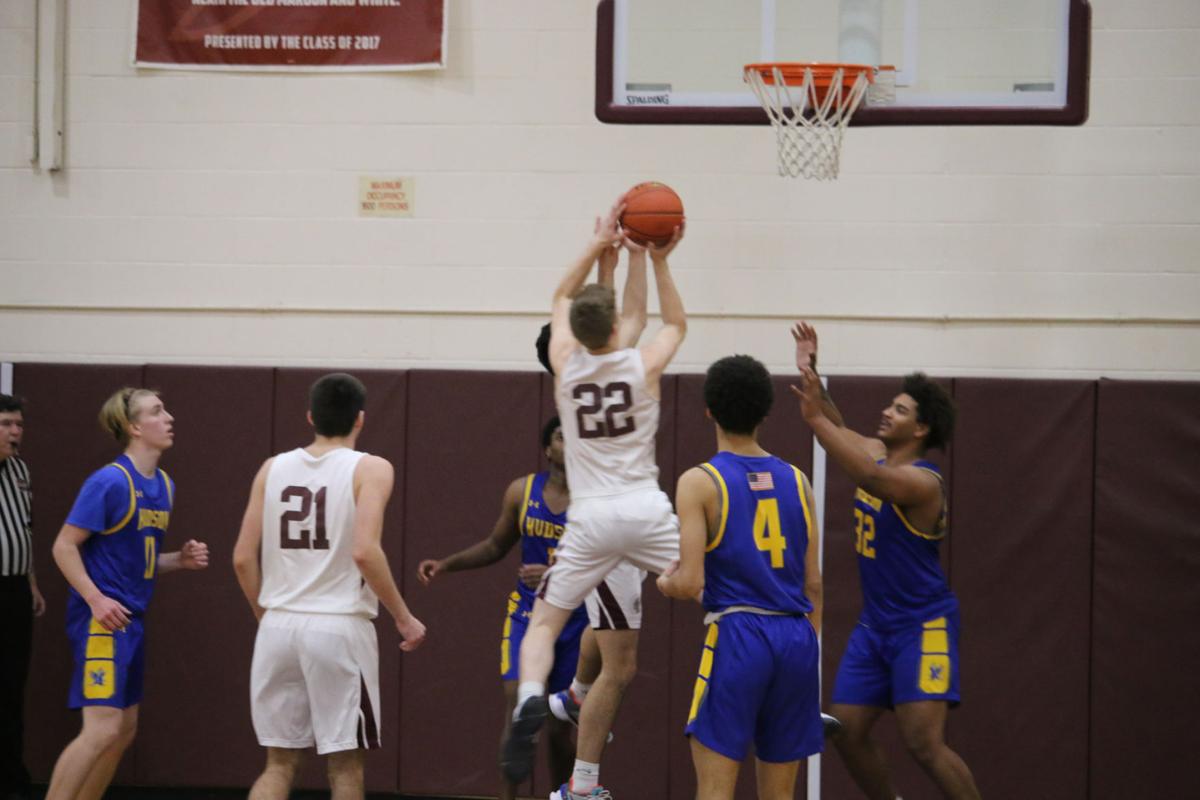 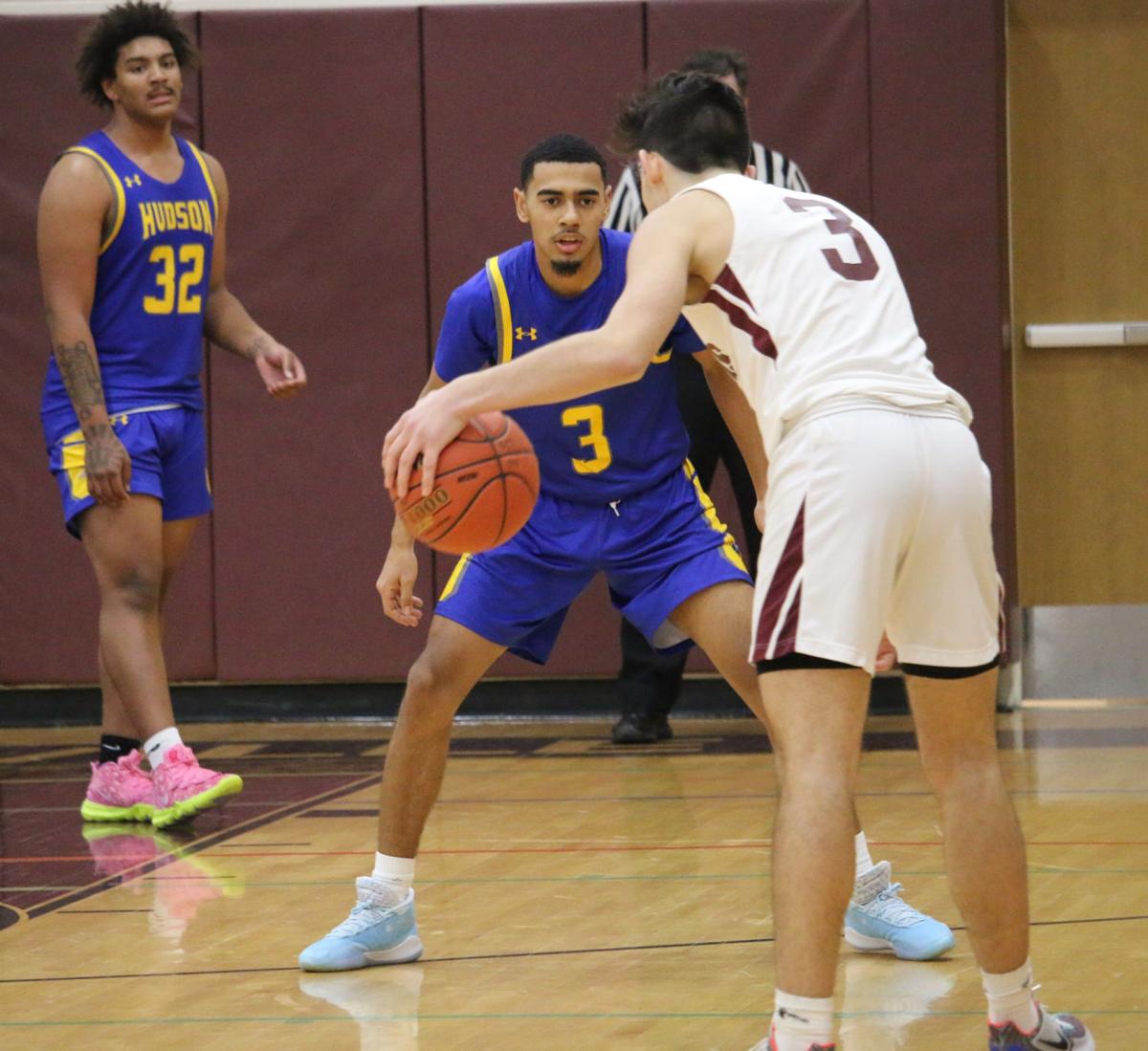 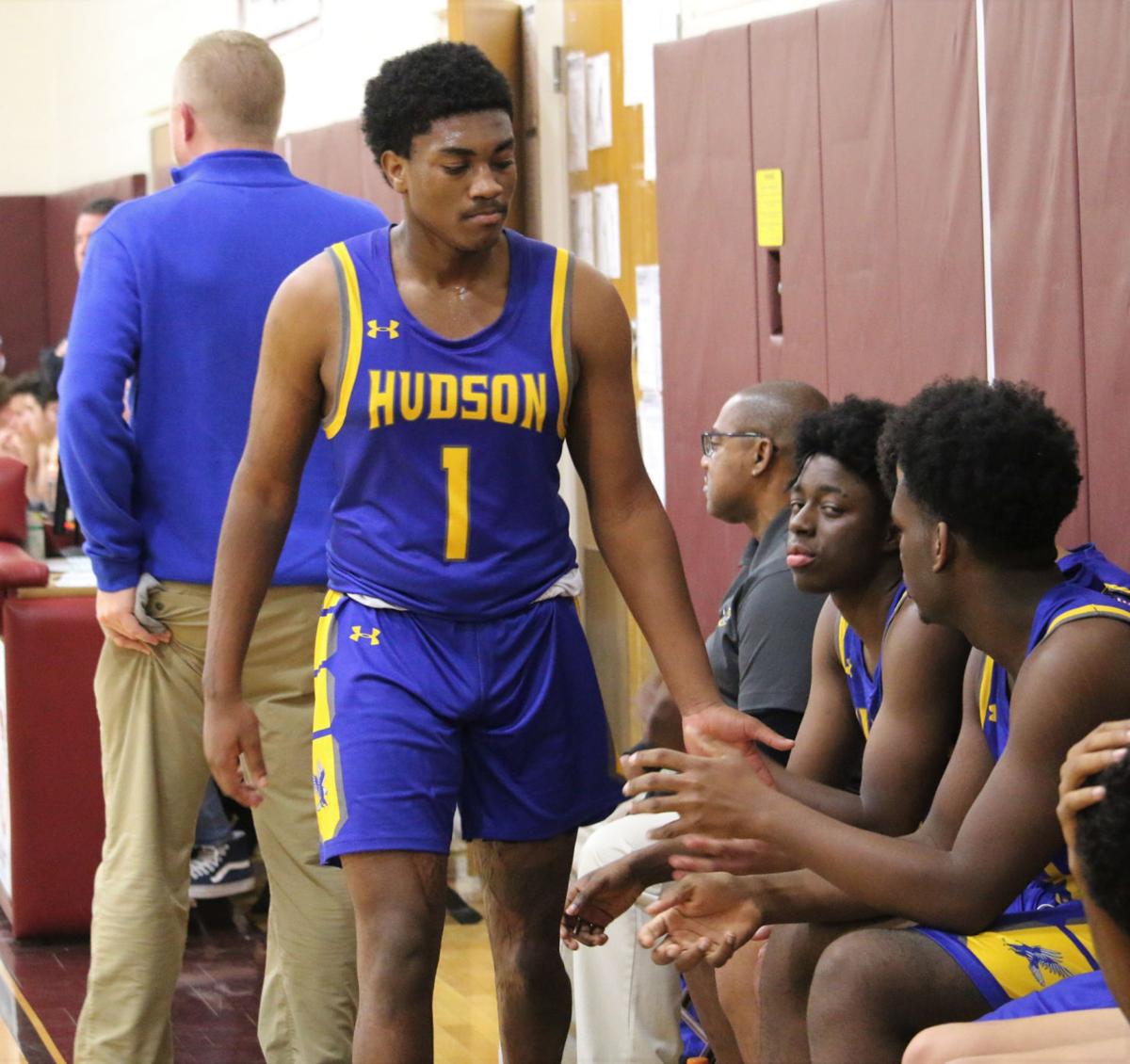 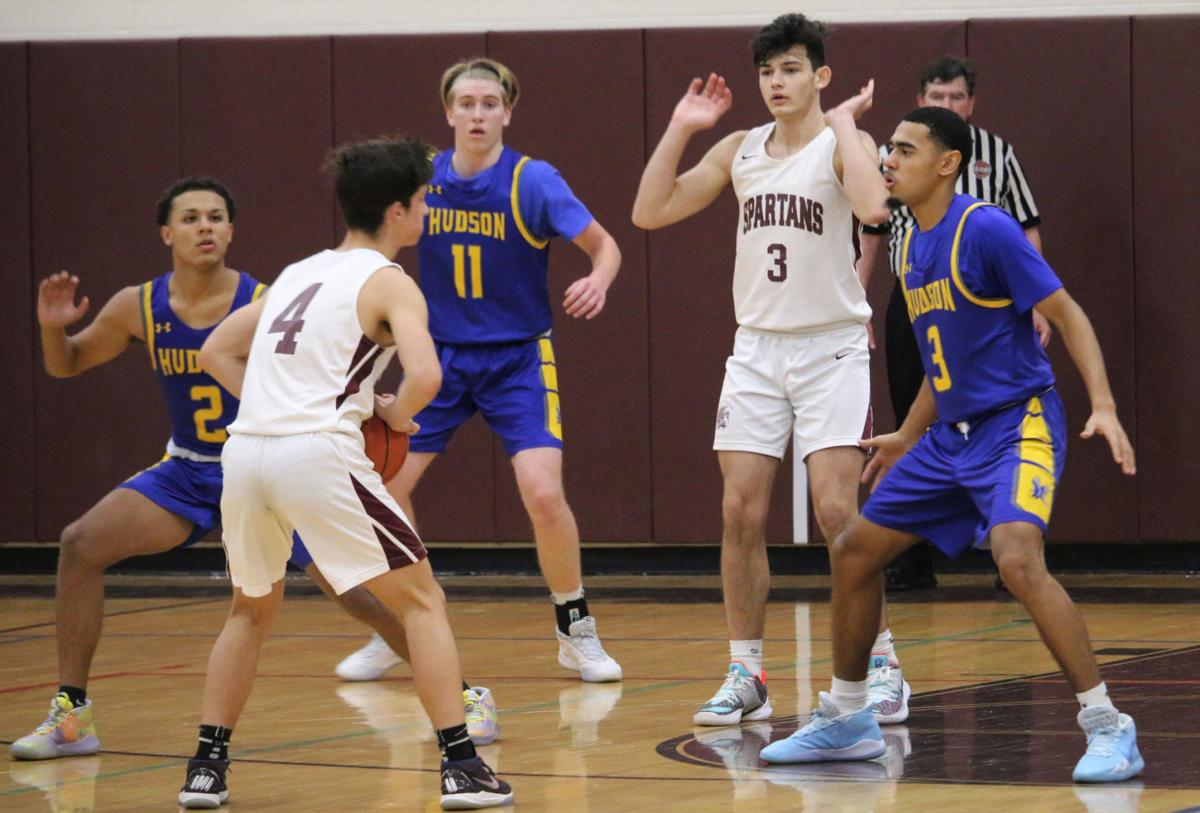 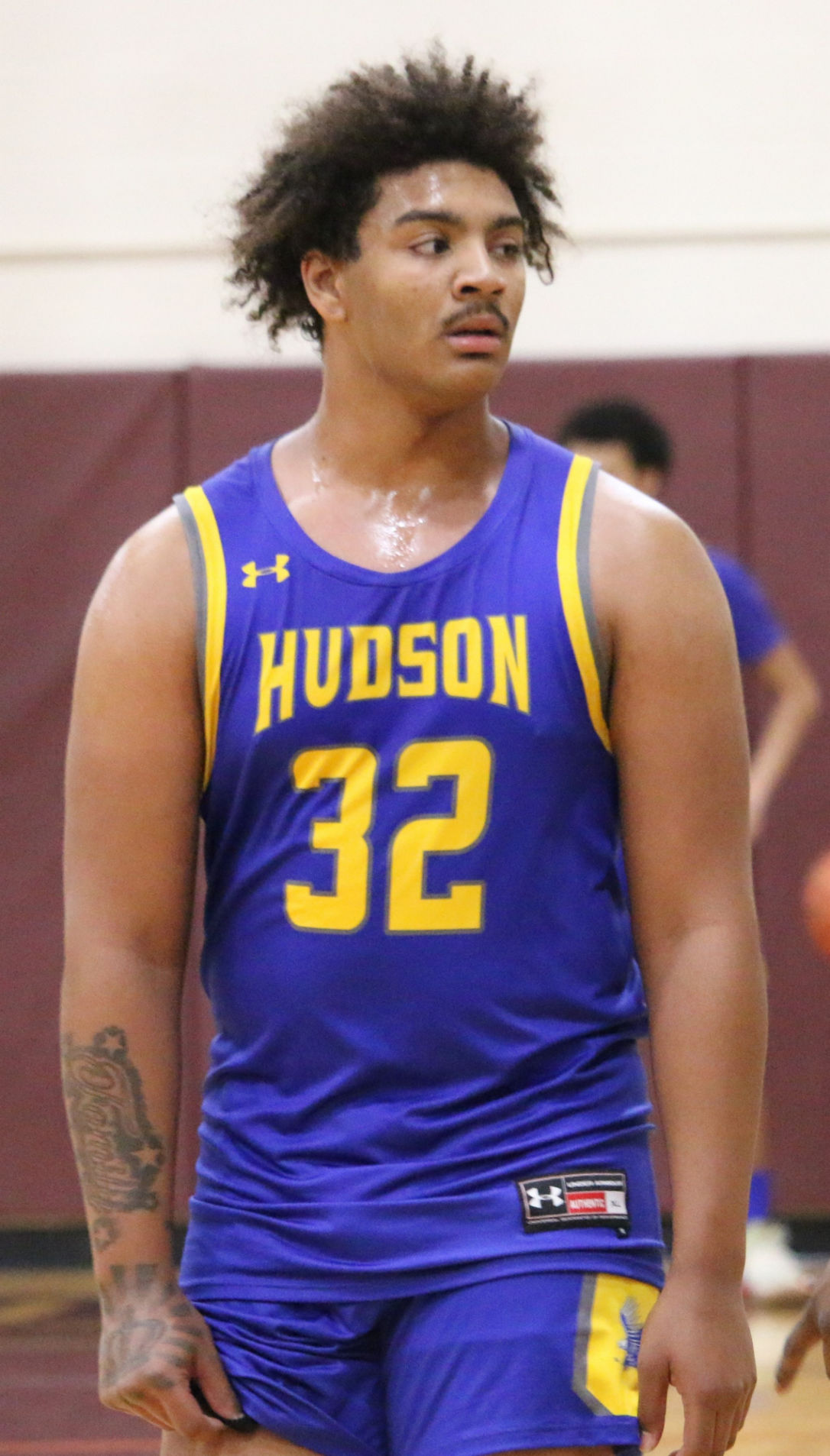 Matt Fortunato/Columbia-Greene Media Dayquqn Griffin had a game-high 29 points in Hudson’s 96-70 victory over Greenville on Monday.

Matt Fortunato/Columbia-Greene Media Dayquqn Griffin had a game-high 29 points in Hudson’s 96-70 victory over Greenville on Monday.

GREENVILLE — The Hudson Bluehawks visited the Greenville Spartans Monday night, and handed the Spartans their first loss of the season, 96-70.

Dayquan Griffin was a nearly unbeatable force down low for Hudson, and led all scorers with 29 points. Sophomore Isaiah Maines was no slouch either for the Bluehawks, and threw in 22 points of his own, 14 of them in the first quarter.

It was a competitive contest to begin the night but by the end of the first period, the Bluehawks had a 12-point lead and did not take their foot off of the gas onward.

Throughout the contest, Greenville had a hard time staying aggressive and was passing the ball too often when it already had an open shot.

Hudson took advantage of this excess passing by the Spartans, continued to be bold on their own offensive possessions, and were not shy about driving to the basket or taking an open jumper.

At the half, the Spartans had a healthy deficit to overcome and aside from poor rotations on defense that left Bluehawk shooters open, they still had Dayquan Griffin to contend with.

Griffin had nine points in each of the two final quarters and his presence on the floor was kryptonite for the Spartans. Griffin was open so much they had no choice but to foul him and take the chance he would miss free throws, which he did a few times, but not nearly often enough for Greenville to get back in the game.

As the fourth period rolled around, it seemed inevitable that the Bluehawks would score in the triple digits and break 100 points. Their bench continued to enthusiastically cheer on their teammates, with 93 points on the board so far and still four minutes of game clock left.

As they possessed the ball for the final time, Hudson coach Shawn Briscoe made it abundantly clear to just dribble the time out as the shot clock turned off.

As the clock ran out, Hudson was the victor by a 26-point margin.

Both teams will be in action again on Wednesday, with Greenville on the road in Maple Hill and Hudson hosting Coxsackie-Athens.