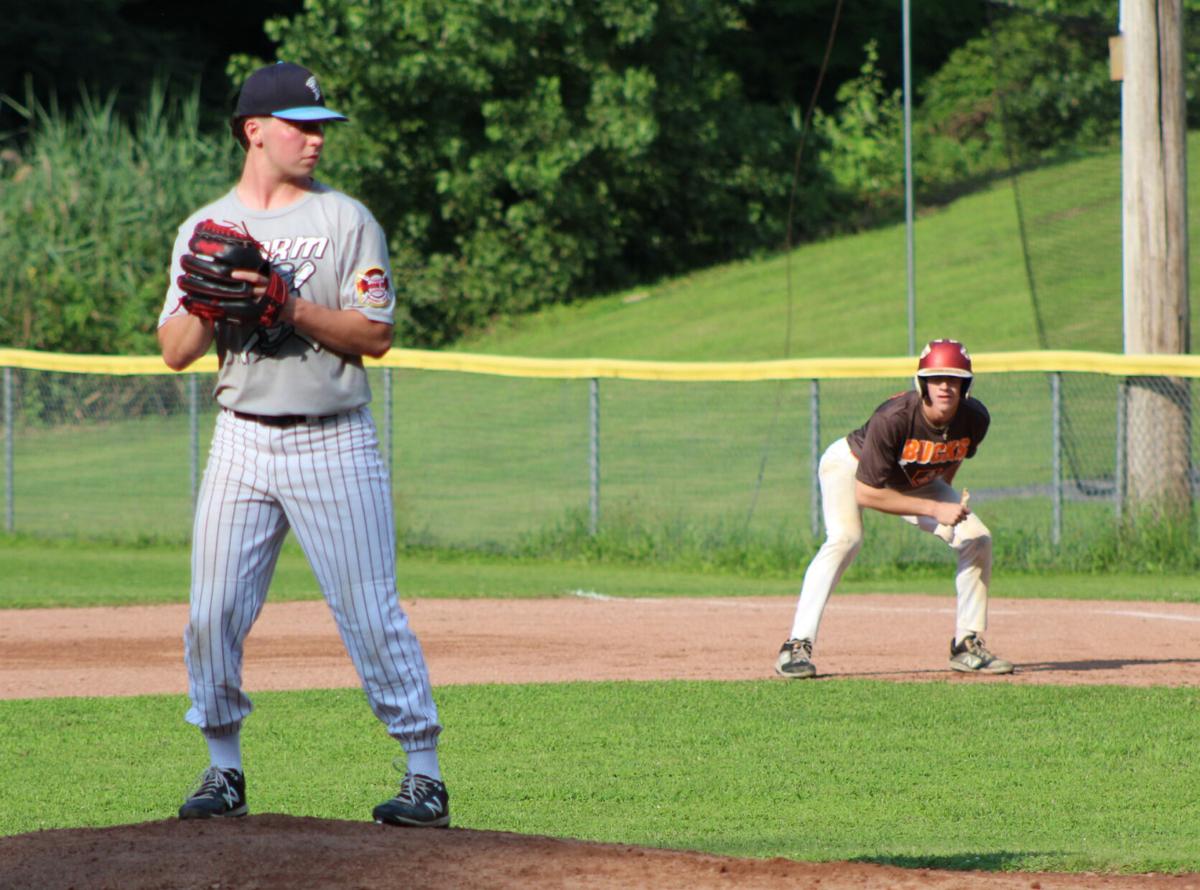 Matt Fortunato/Columbia-Greene Media Storm pitcher Sheridan Dillon looks in for a sign from his catcher as a Bucks baserunner takes a lead off of first base during Thursday's Hudson River Collegiate Baseball League game at Ricky Cramer Field. 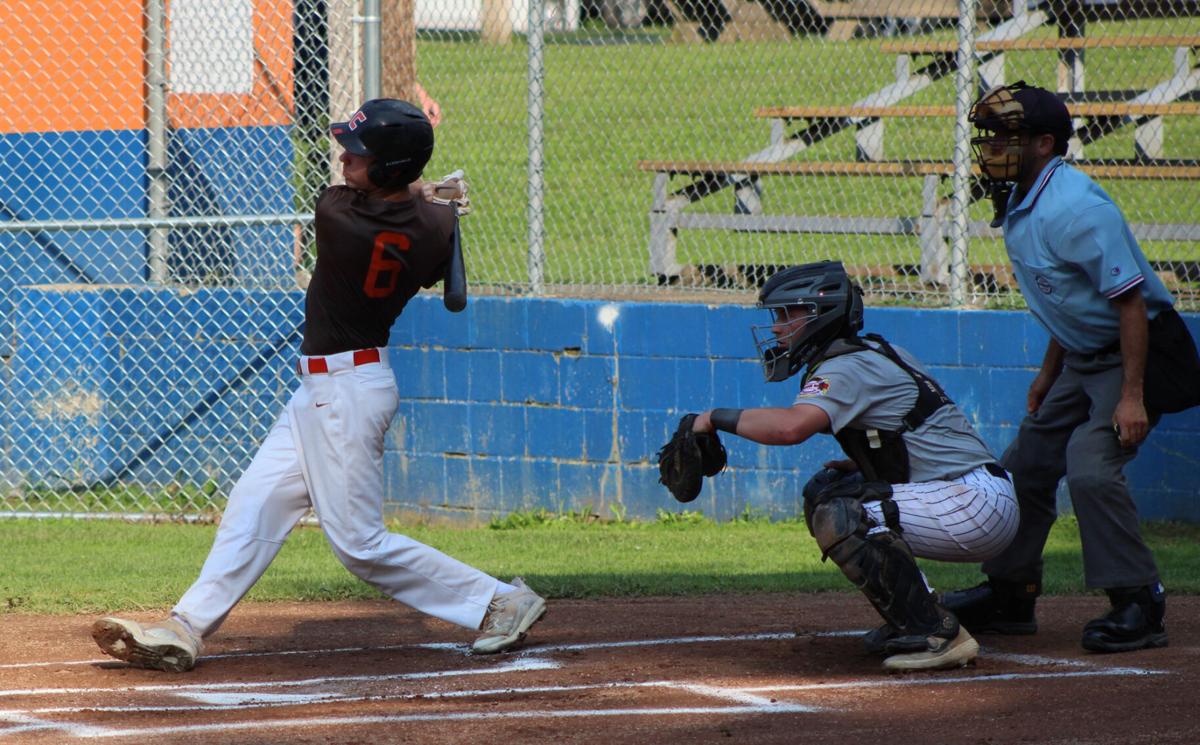 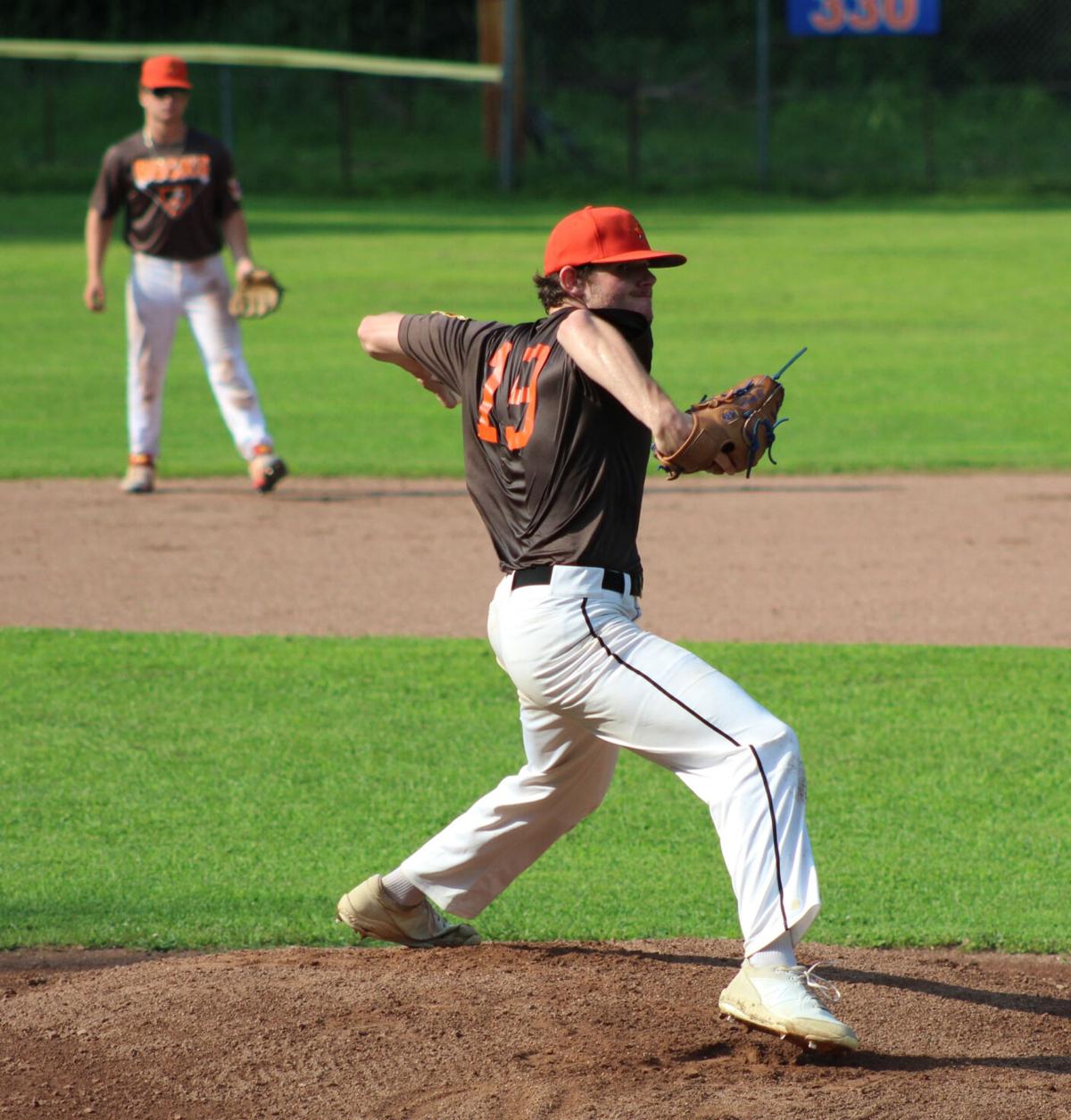 Matt Fortunato/Columbia-Greene Media Storm pitcher Sheridan Dillon looks in for a sign from his catcher as a Bucks baserunner takes a lead off of first base during Thursday's Hudson River Collegiate Baseball League game at Ricky Cramer Field.

CATSKILL — The Storm took on the Bucks for the second night in a row in Thursday evening’s Hudson River Collegiate Baseball League match-up, and won again in a slugfest 11-7 in eight innings.

Jelani Hamer (Saint Rose), Quentin Bowman (Saint Rose), Phoenix Bowman (Iona), and Noah Valvo (SUNY Polytechnic) each had two RBIs for the Storm in a game that had four lead changes until the five run outburst in the seventh inning.

Quentin Bowman broke the ice in the second inning with a solo home run off of Bucks’ starter AJ Bandura (Western New England University), giving the Storm a 1-0 lead. The Storm widened their lead to 3-0 in the third when Hamer belted a massive two run homer to center field.

Dylan Tierney (SUNY Cortland) got the Bucks on the scoreboard with an RBI bloop single to cut the lead to 3-1 in the bottom of the third. The Bucks took a 4-3 lead the following inning thanks to a three run blast from Cole Flannery (Greenville H.S.) for their first lead of the game.

Storm pitcher Sheridan Dillon (Fairfield University) stepped into the box and delivered a base hit to score Valvo and tie the game 4-4. Hamer followed that up with a double to move Dillon to third base, but the Storm could not bring him around before the third out.

The Bucks caught a break in the fifth when Ian Slate (SUNY Plattsburgh) hit a soft liner to the shortstop who took a step too early and tripped, preventing him from making the catch and allowing a run to score and the Bucks to take a 5-4 lead.

With the bases loaded in the top half, the Storm jumped on top again via a two run single by Phoenix Bowman and the Bucks trailed 6-5. However the Bucks would not go down without a fight, and they tied the game 6-6 after a sacrifice fly from Kyle Tedford scored the tying run in the bottom of the sixth.

The Storm had runners on base in the seventh as the Bucks made a pitching change and brought in Joe Peregrim III (Worcester Polytechnic Institute). Joe Dwy (SUNY Cortland) hit a ground ball to third that was bobbled and thrown wide of first base, allowing a runner to score from third and give the lead back to the Storm 7-6.

The Storm extended their lead after RBI singles by Alex Morse (American International College) and Quentin Bowman, and a two run single from Valvo, building their lead to 11-6. The Bucks scored one run in the bottom of the seventh on a base hit by Eli Larson (SUNY Canton) to cut the lead to 11-7.

The Bucks’ bats were quieted from there though, and they were retired in order on four pitches in the bottom half of the eighth. The umpires called for the end of the game due to lack of daylight and the Storm got their second consecutive win in as many nights over the Bucks 11-7 and gained another half of a game atop the league standings.