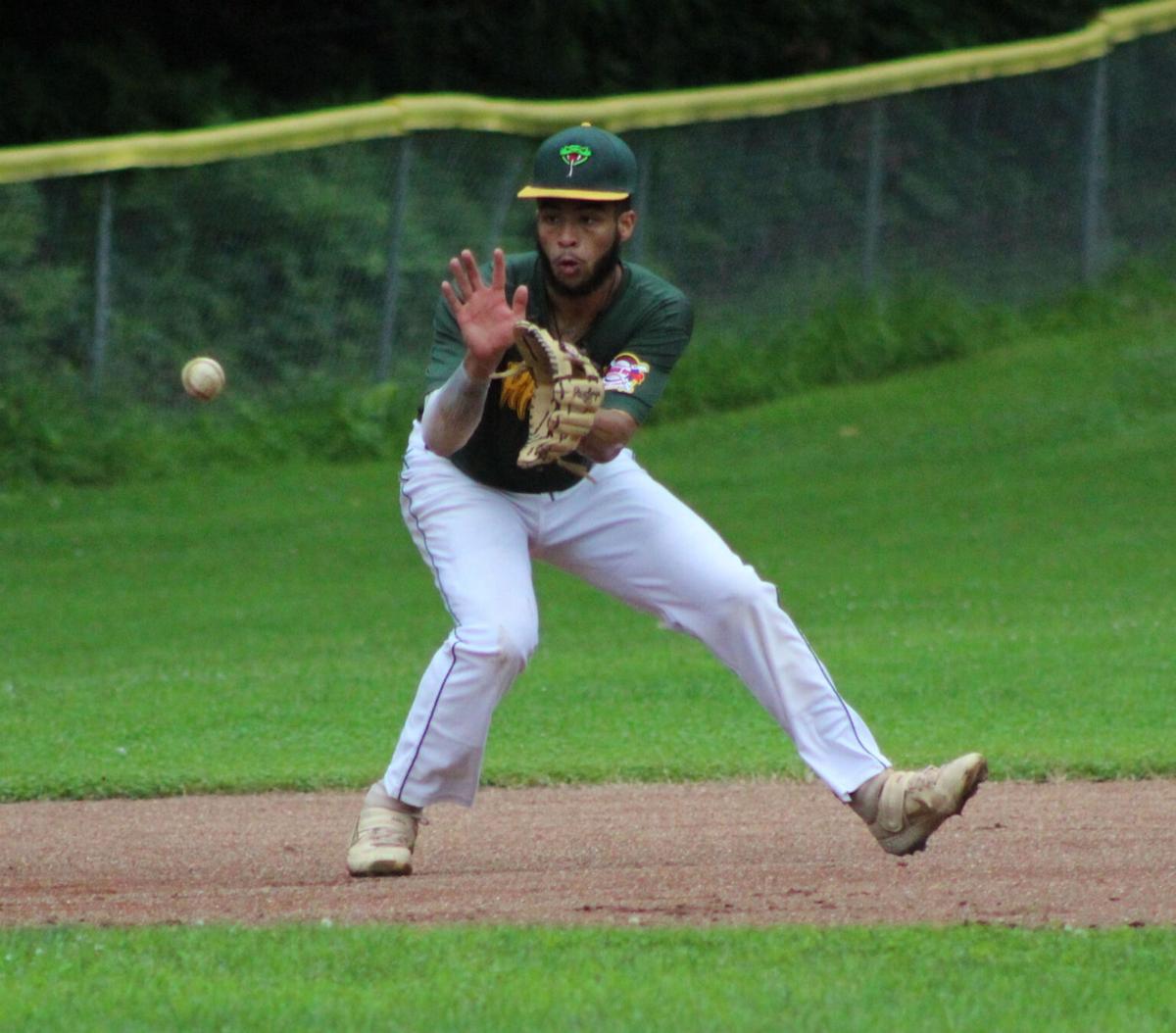 Matt Fortunato/Columbia-Greene Media The Rattlers pulled into a first place tie with the Storm in the Hudson River Collegiate Baseball League standings with a 4-1 victory over the Mudcats on Tuesday at Ricky Cramer Field. 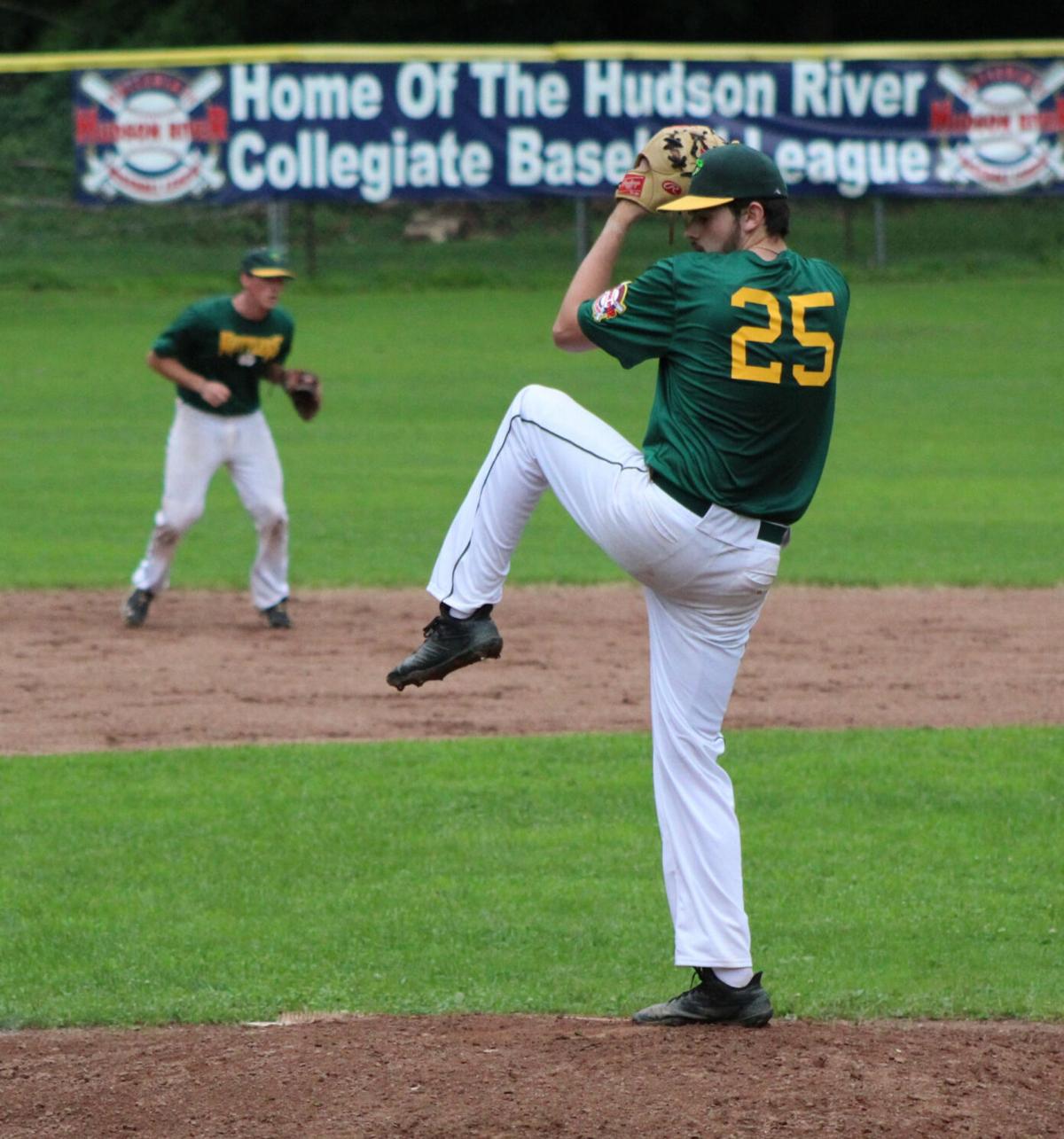 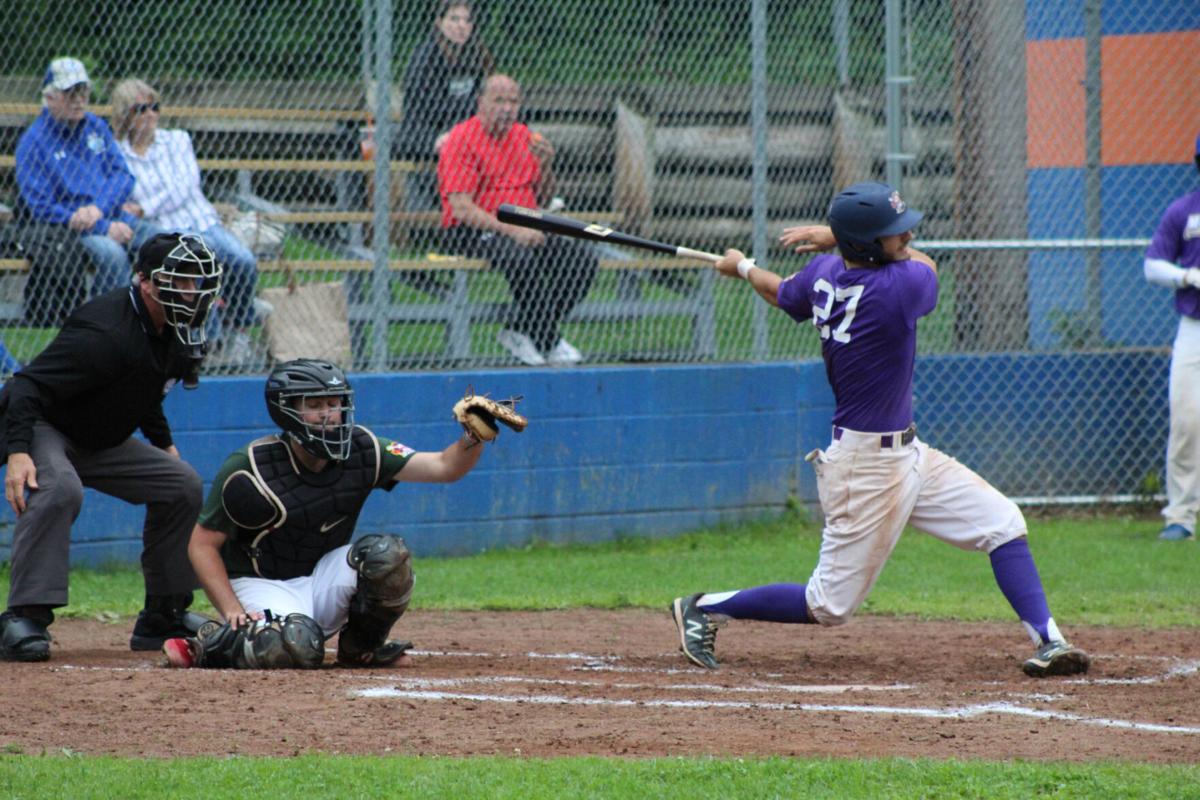 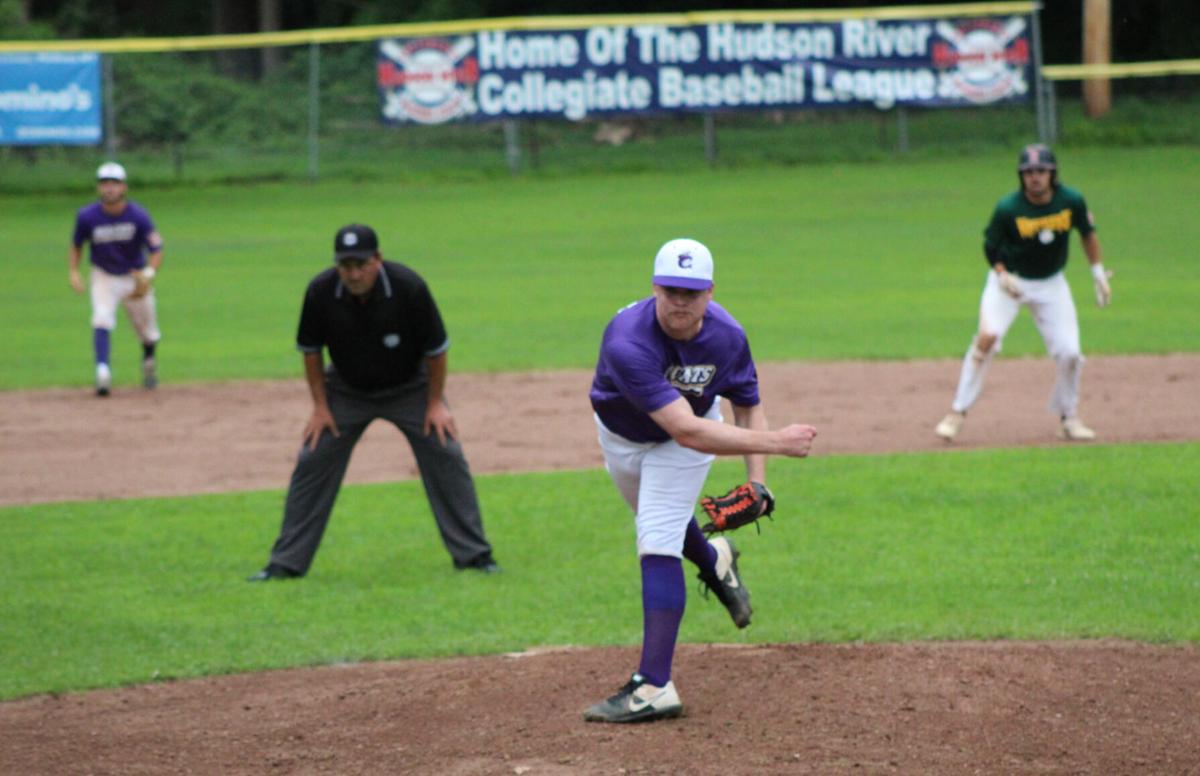 Matt Fortunato/Columbia-Greene Media The Rattlers pulled into a first place tie with the Storm in the Hudson River Collegiate Baseball League standings with a 4-1 victory over the Mudcats on Tuesday at Ricky Cramer Field.

CATSKILL — The Hudson River Collegiate Baseball League finally saw some action Tuesday evening after a number of rainouts the past few weeks. The Mudcats hosted the Rattlers at Ricky Cramer Field in Catskill, and the Rattlers took the victory 4-1, moving into a tie for first place with the Storm.

Matt Triola (SUNY Plattsburgh) started the game for the Mudcats and he was in trouble early. The Rattlers led off with back-to-back doubles from Jeff Brennan (Worcester Polytechnic Institute) and Martin Marintchev (RPI) to take a 1-0 lead over the Mudcats.

Triola struck out the next two hitters, but then Joe Saia (RPI) beat out a soft grounder back to Triola to score another run and make it 2-0.

Ryan Lawyer (HVCC) went out to the mound for the Rattlers to start the bottom of the first and ended the frame with ease despite surrendering a one out walk.

The Rattlers were threatening again in the second with multiple base runners, but Mudcats’ shortstop Cavan Brady (Wheaton College) made a nice play on a grounder by Marintchev and threw to first in time for the third out.

After a quiet bottom of the second for the Mudcats, the Rattlers came back up looking to add to their lead in the top of the third. Nathan Toms (HVCC) stepped into the batter’s box and cranked a solo home run over the center field fence to widen the lead to 3-0 for the Rattlers.

Saia hit a single with two outs and stole second base, advancing to third when the throw skipped into the outfield. Saia then scored on a wild pitch to push the lead to 4-0 for the Rattlers and they were in control.

Ahead in the bottom of the fifth, Paul Montesanti (HVCC) came in to pitch for the Rattlers, giving up a one out single to Pepe Villamil (Colby College). Villamil tried to score on a two out single by Ari Lonstein (Juniata College) but he put the brakes on rounding third base despite the coach sending him home, and he was thrown out at home to end the inning.

With Jack Field (Wells College) now on the hill for the Rattlers, the Mudcats got on the scoreboard in the bottom of the eighth thanks to a solo shot from Paul Scotto (SUNY Orange), cutting the lead to 4-1.

Unfortunately for the Mudcats, it was too little too late, and the Rattlers’ bullpen shut the door in the ninth to win 4-1 and move into a tie for first place with the defending champion Storm.