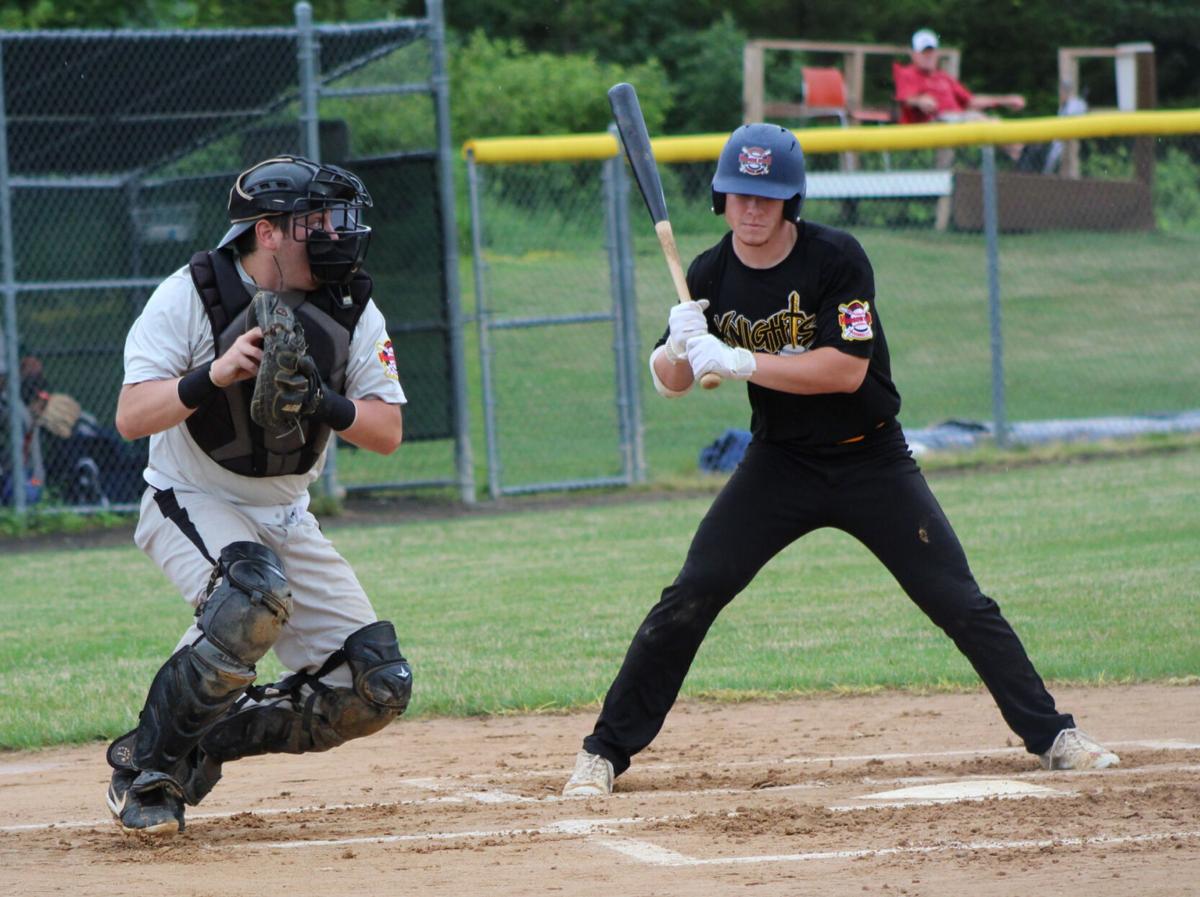 Matt Fortunato/Columbia-Greene Media The Bears catcher comes up throwing on a stolen base attempt as the Knights' Camdyn Ames stands in the batter's box during Tuesday's Hudson River Collegiate Baseball League game at Greenport Town Park. 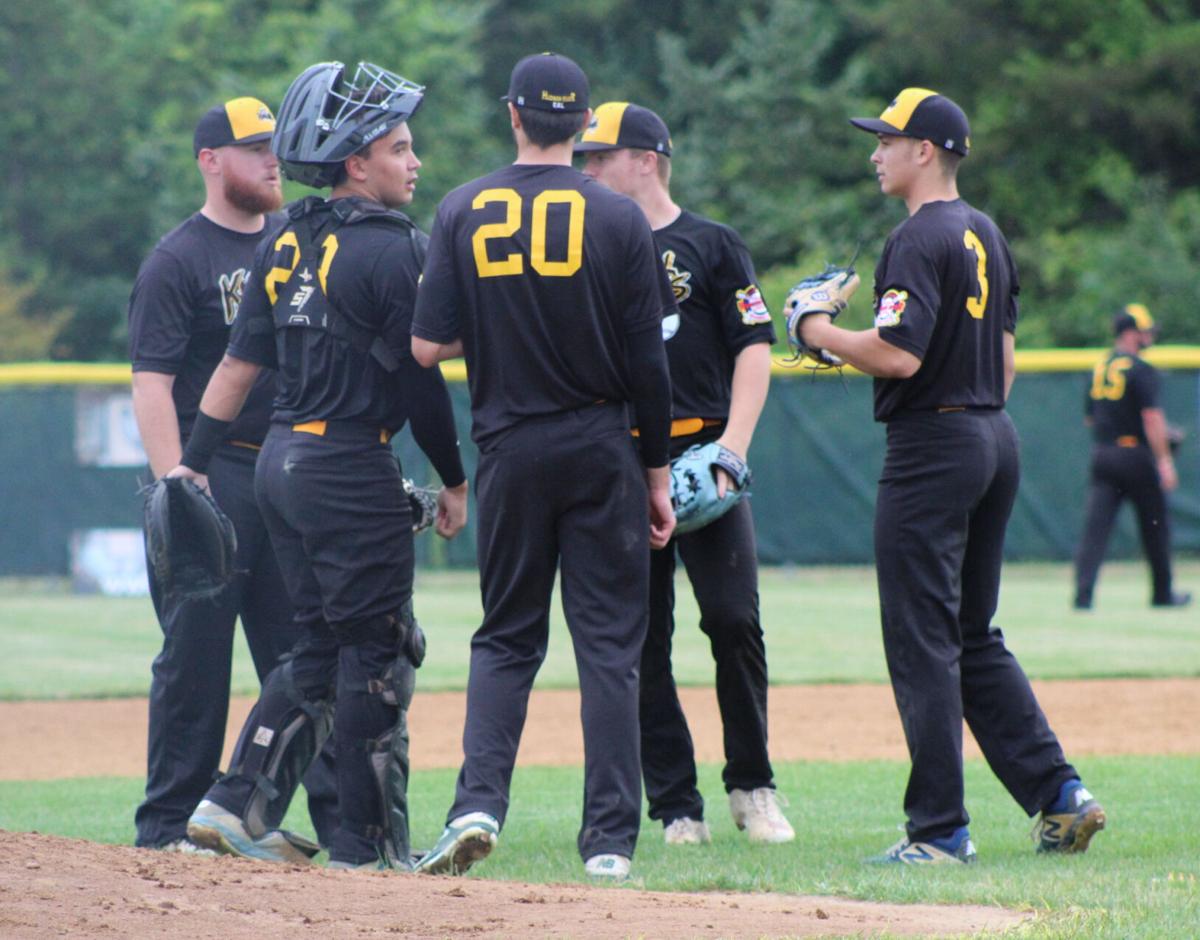 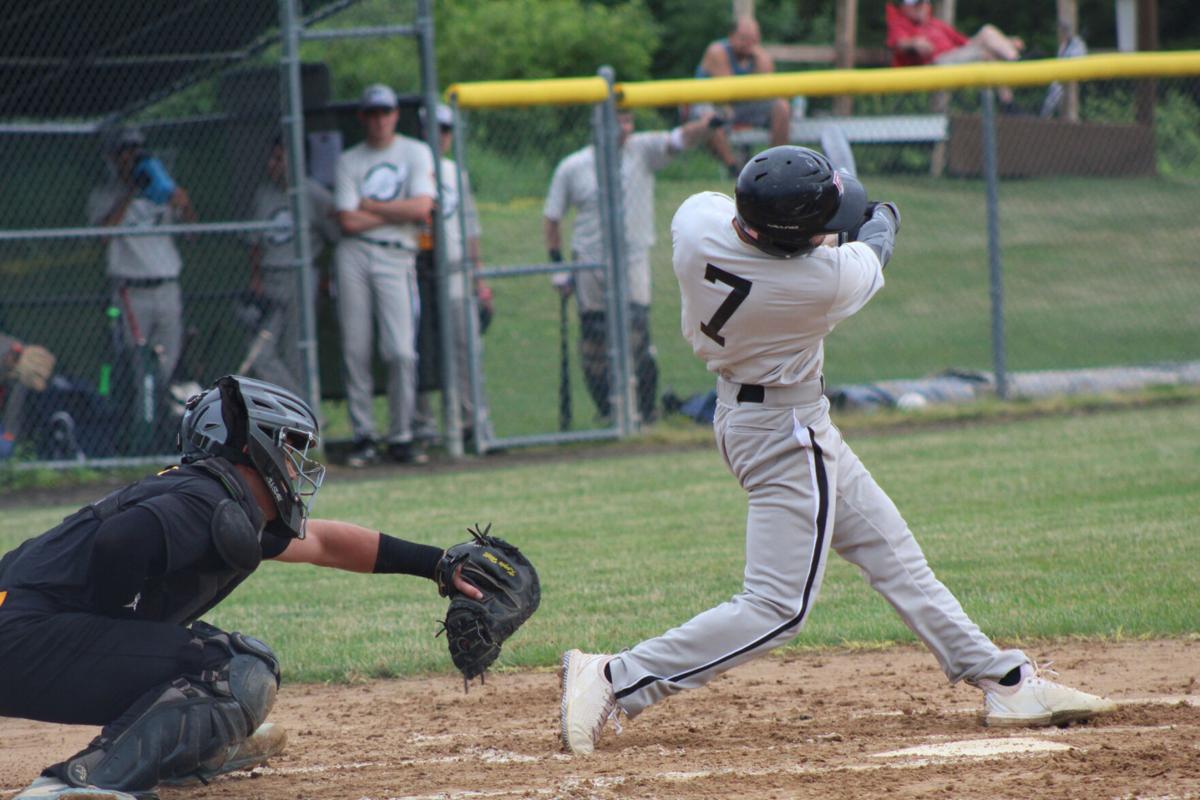 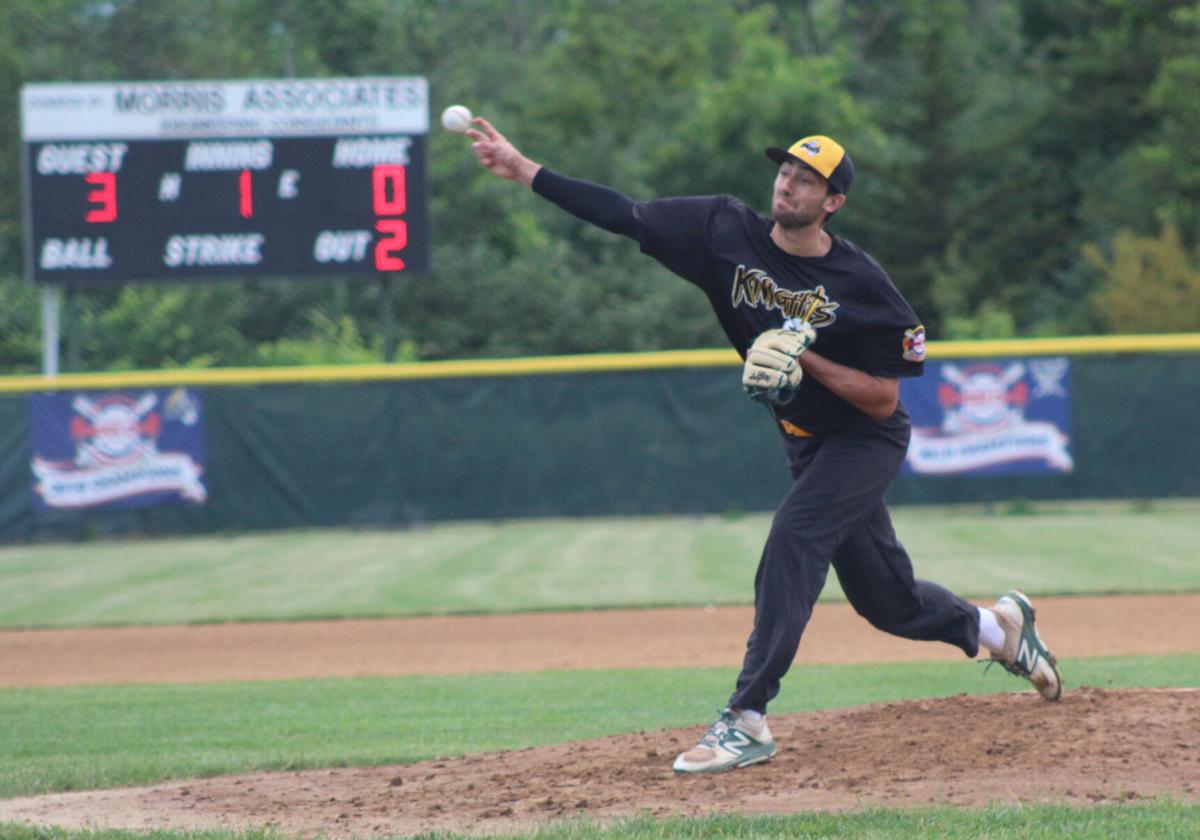 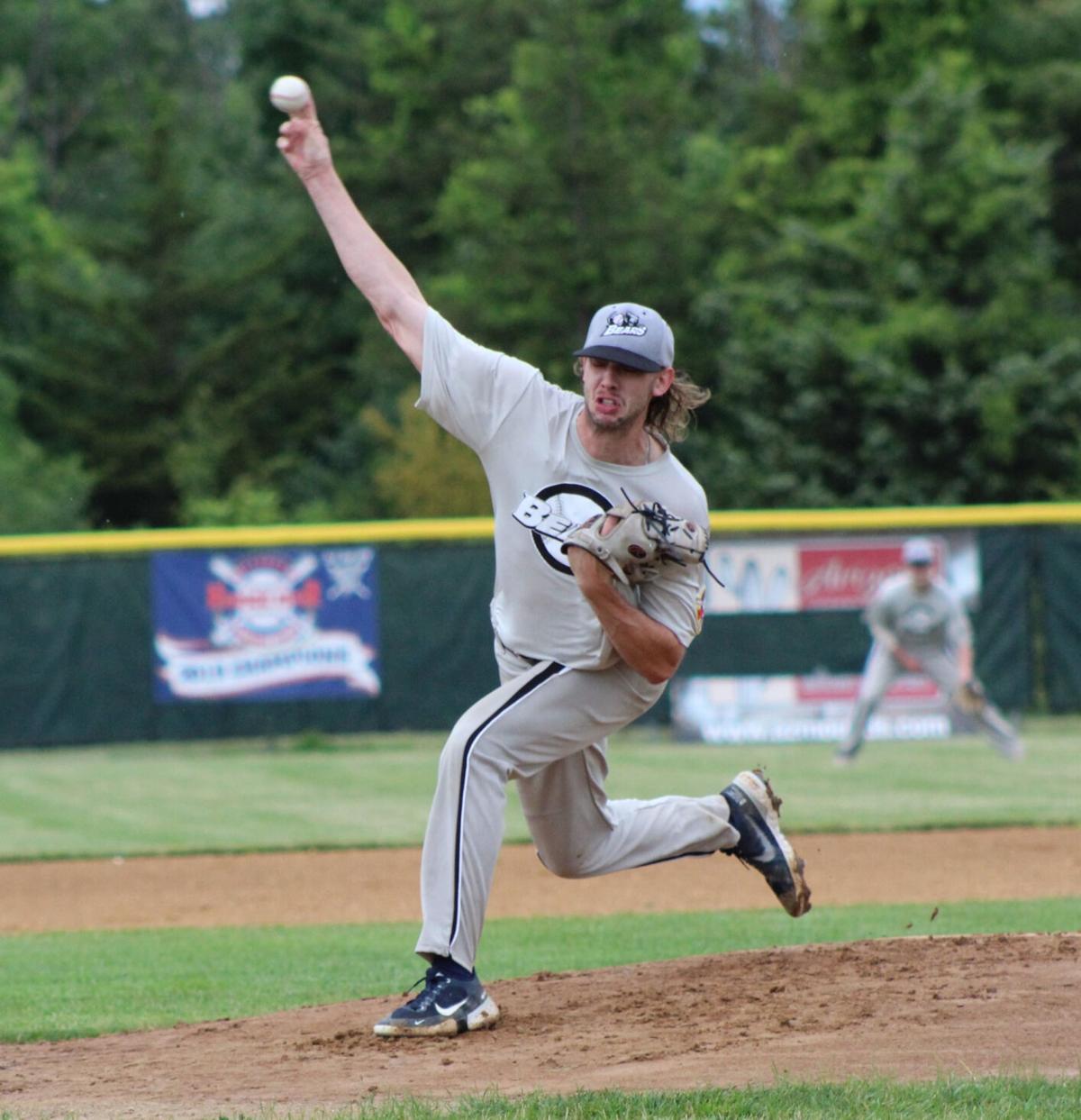 Matt Fortunato/Columbia-Greene Media The Bears catcher comes up throwing on a stolen base attempt as the Knights' Camdyn Ames stands in the batter's box during Tuesday's Hudson River Collegiate Baseball League game at Greenport Town Park.

GREENPORT — The Hudson River Collegiate Baseball League escaped the rain Tuesday evening and the Knights came away with a 9-4 victory over the Bears.

The Knights’ bullpen shined, holding the Bears to only one run after the first pitching change was made. Sam Beadle (Keystone State College) started the game for the Bears and he found himself in trouble early with the bases loaded in the first with one out.

Chris Roberti (Stonehill College) worked a walk to force in a run and the Knights led 1-0. Sam Larabee (MCLA) followed that up with a two run single to extend the Knights’ lead to 3-0. Tony Poveda (SUNY Oswego) got the start for the Knights and was unbothered in the bottom of the first, totalling three strikeouts in the frame.

The Knights widened their lead to 4-0 in the second thanks to a sacrifice fly from Christian Perez (Binghamton University). Poveda had issues locating his pitches in the second inning, hitting and walking multiple batters.

With two outs in the third, Shawn Sawyer (SUNY Orange) worked a bases loaded walk to bring the score to 5-3. Another run scored to make it 6-3 when the catcher attempted to catch the runner sleeping at first base, but the throw sailed over the first baseman.

The Knights brought in Ricky Parks (CGCC) in the third and he had a fairly quick inning. The Bears went to the bullpen as well the following inning, calling Dawson Aitken (Skidmore College) to the mound with two Knights already on base.

Brandon Biggane (Bates College) had an RBI groundout and Roberti grounded into a fielder’s choice to score a run as well to extend the Knights’ lead to 8-3. The Knights scored again in the fifth inning on another throwing mistake by the catcher which allowed the baserunner to cross the plate and make it 9-3.

Ahead to the eighth inning, the sun was going down rapidly to make this the last inning and the Bears had one last chance for a comeback. Jake Siter (CGCC) came in for the Knights in this final inning and Zack Scribner (Clarkson University) doubled to deep center leading off the inning. After a strikeout and a groundout,

Ryan Starr (SUNY Polytechnic) kept the Bears’ hopes alive with an RBI single to cut the lead to 9-4. However the Bears’ rally was cut short before it could gain any momentum as Carter Romansky (SUNY Polytechnic) popped out for the final out of the game to seal the 9-4 win for the Knights.