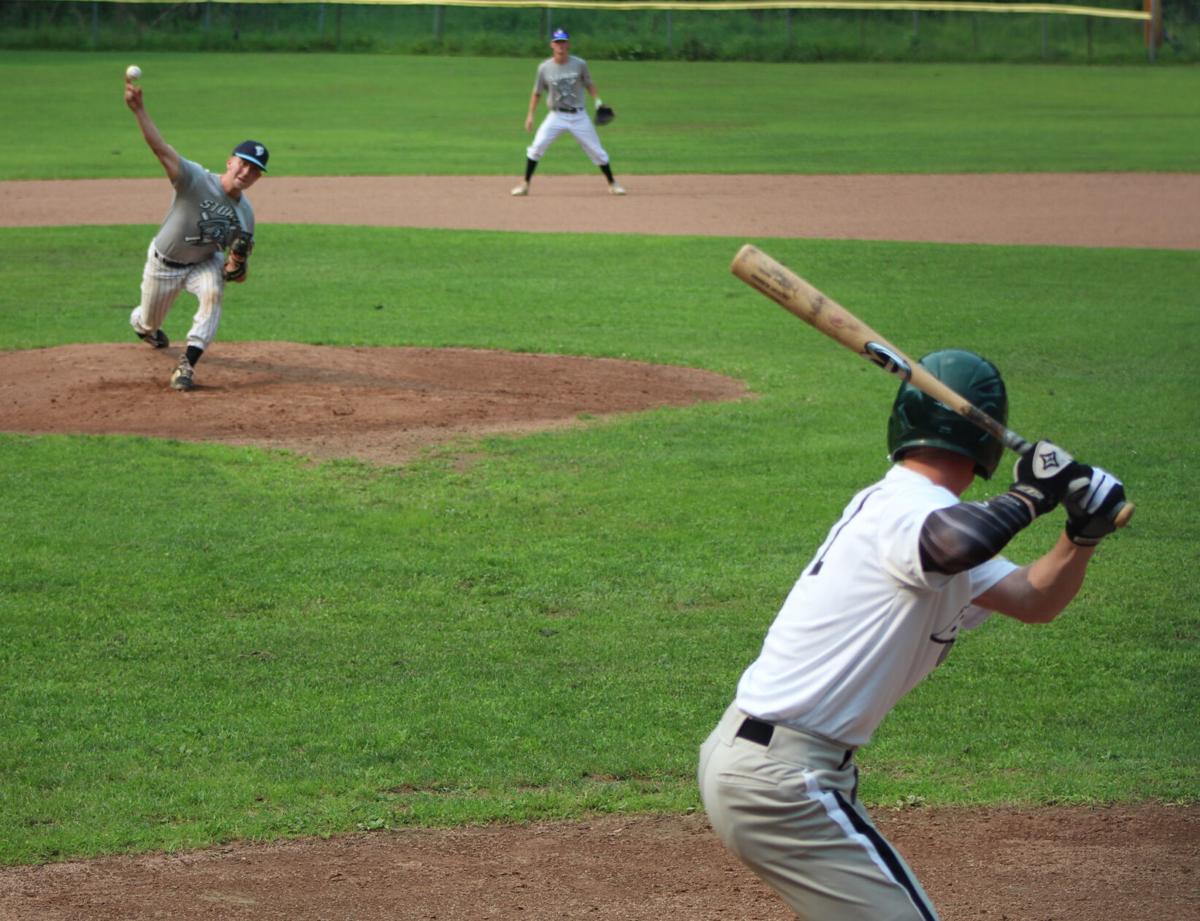 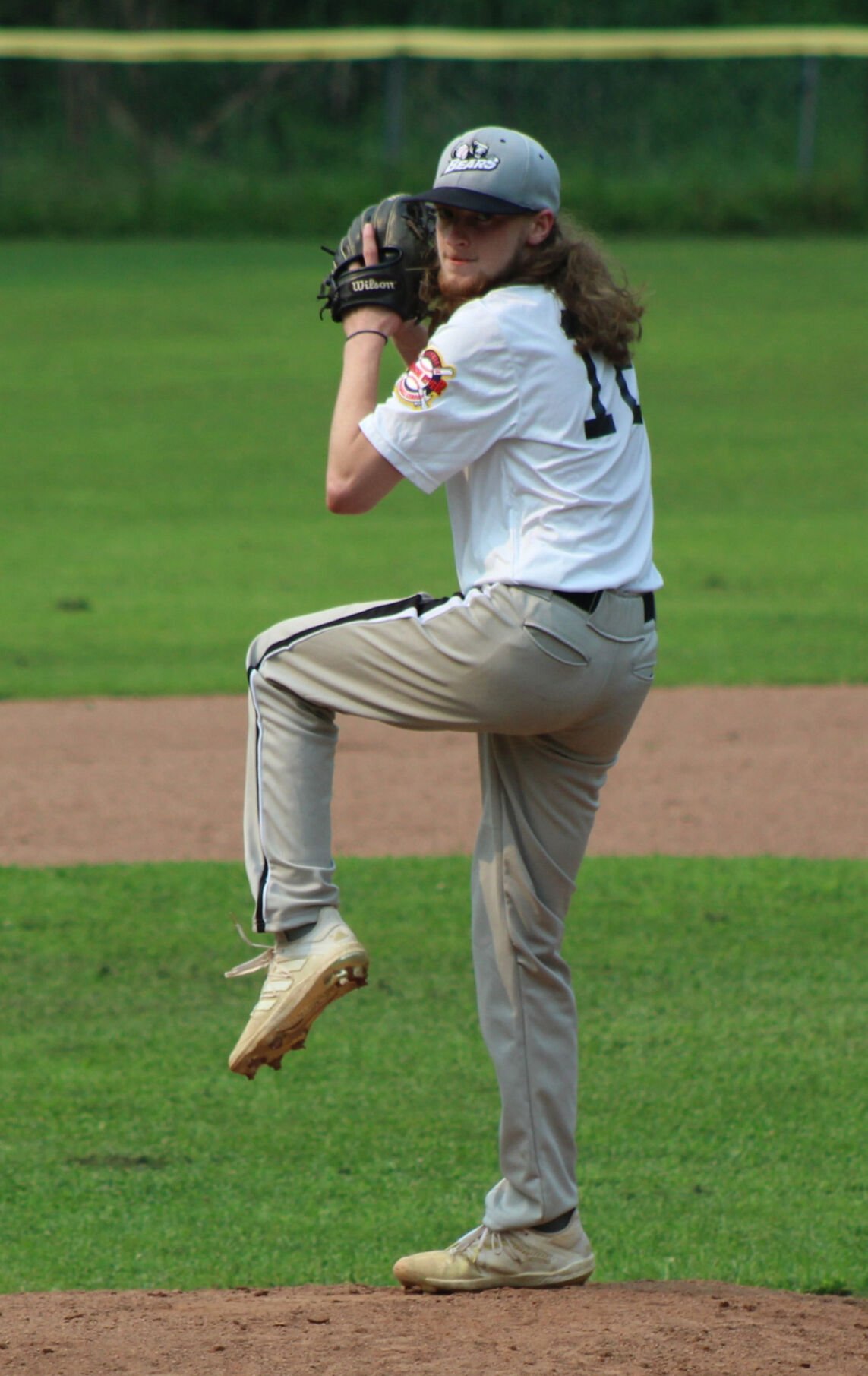 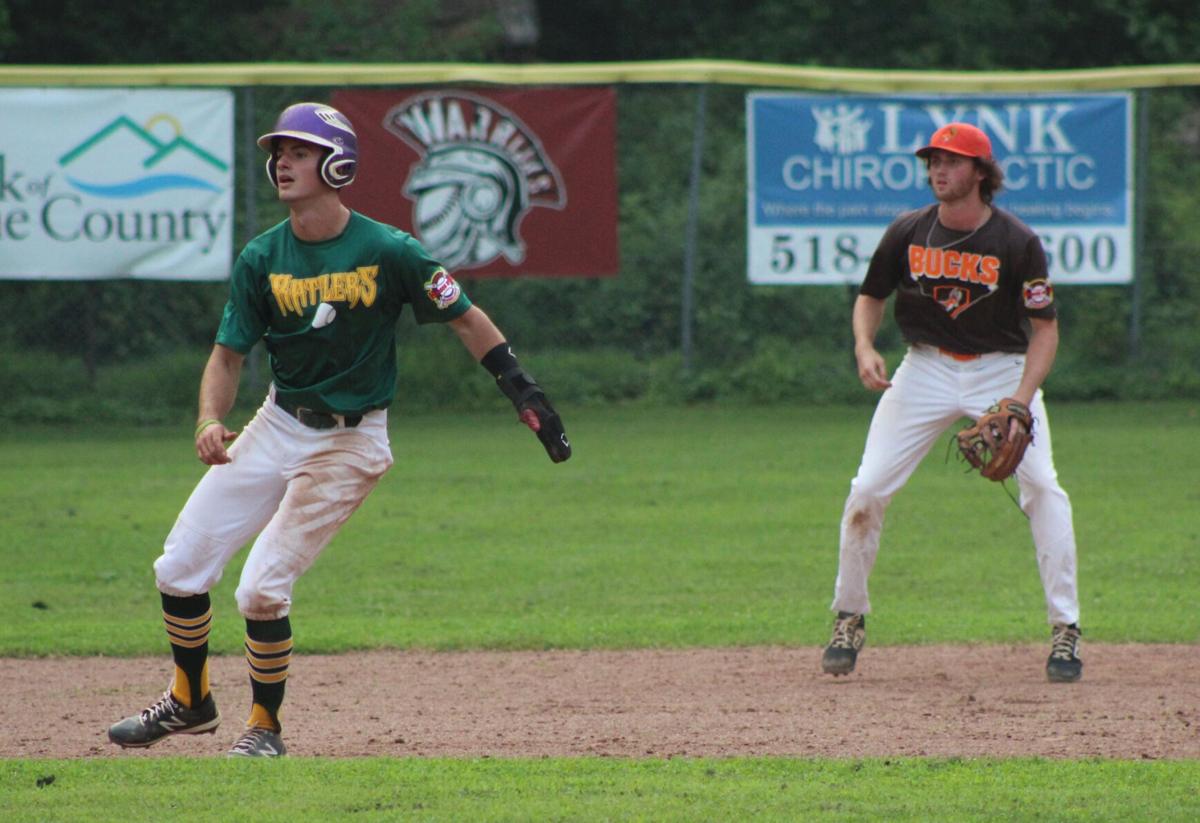 Matt Fortunato/Columbia-Greene Media A Rattlers baserunner leads off of second base in front of the Bucks shortstop during Tuesday's Hudson River Collegiate Baseball League game at Ricky Cramer Field in Catskill. 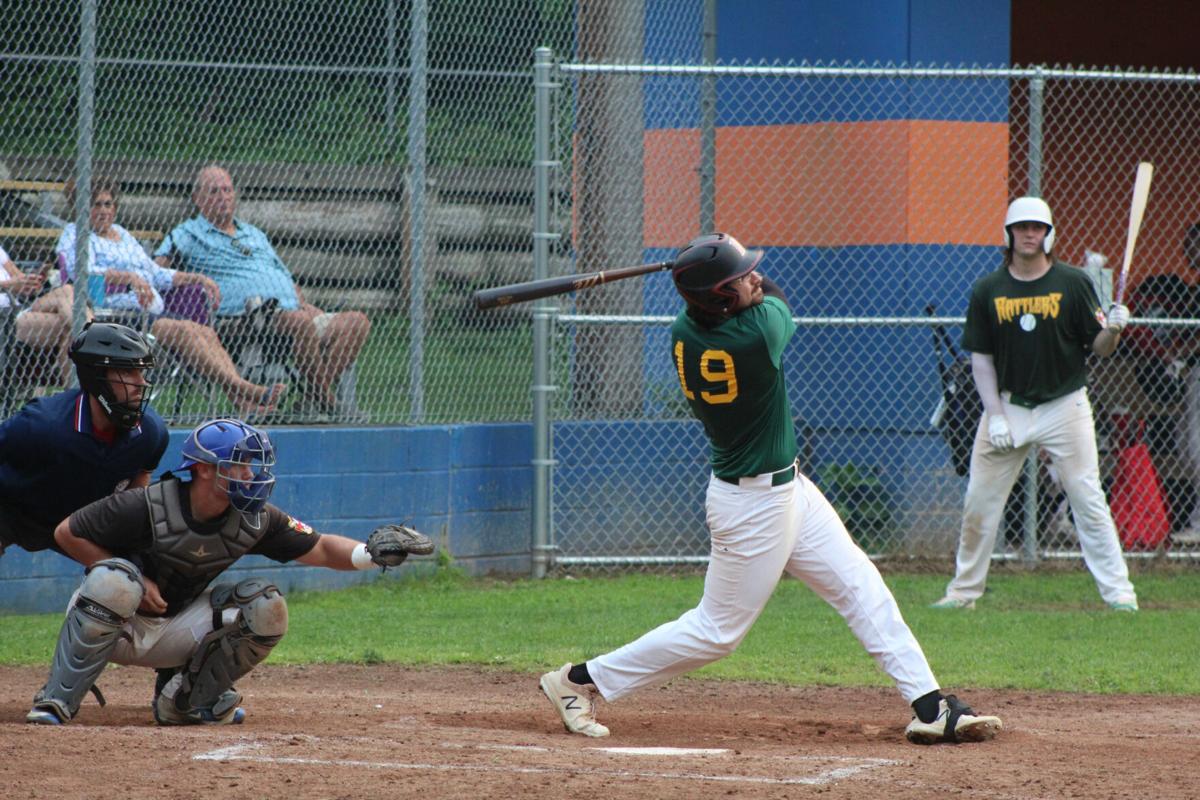 Matt Fortunato/Columbia-Greene Media A Rattlers baserunner leads off of second base in front of the Bucks shortstop during Tuesday's Hudson River Collegiate Baseball League game at Ricky Cramer Field in Catskill.

CATSKILL — The Hudson River Collegiate Baseball League its final week of the regular season on Tuesday, and the Bears defeated the first place Storm 7-4 in the early game.

Michael Darrell (Saint Rose) picked up the win on the mound while Morgan Dillon (Binghamton University) was pinned with the loss. Darrell pitched into the sixth inning of this seven-inning affair, giving up four runs, walking four, and striking out six.

Luc Rodriquez (SUNY Plattsburgh) actually started the game for the Storm, but he only threw four pitches before he was taken out with an apparent arm injury and relieved by Dillon.

Each team’s top hitter matched each other with Lewi Clarke (Manhattan College) getting one hit and driving in four, and Zach Scribner (Clarkson University) collecting a hit and four RBIs as well. Jack Moncour (RPI) and Carter Romansky (SUNY Polytechnic) each drove in a run for Bears too and that was just what they needed to stay ahead of the Storm.

With the score 6-1 in the sixth, Clarke hit a massive three run homer for the Storm, to cut the Bears’ lead to 6-4. Quinn Jones (Skidmore College) was then brought in to pitch for the Bears and he got out of the inning.

With Sheridan Dillon (Fairfield University) now on the mound for the Storm, the Bears added to their lead in the bottom half of the frame with a solo shot off the bat of Scribner to widen the lead to 7-4.

The Storm went down in the seventh inning without much noise offensively, sealing the 7-4 victory for the Bears.

The second game of the day went to the Rattlers over the Bucks, 5-2, in six innings. The game ended with a huge momentum swing for the Rattlers when they scored four runs in the bottom of the fifth to take the lead late and make it an official game as darkness fell.

The win went to Ryan Lawyer (HVCC) who pitched two scoreless innings in relief, and the loss fell on Matt Denatale (SUNY Brockport) who threw all five innings for the Bucks.

The Bucks jumped out to an early 2-0 lead in the first inning thanks to a two-run home run by Joe Peregrim III (Worcester Polytechnic Institute).

The Rattlers answered with a solo homer from Joe Saia (RPI) in the second inning, cutting the lead to 2-1. Both teams held each other scoreless over the next few innings, but the Rattlers would soon have a breakthrough.

In the bottom of the fifth, Donavan Mier (HVCC) doubled with one out, and later came around to score on an error by the shortstop to tie the game for the Rattlers 2-2.

Martin Marintchev (RPI) was up to the plate next with two runners aboard, and he promptly cleared the basepaths with a three-run blast to give the Rattlers their first lead of the game 5-2.

Evan Mahns (RPI) entered the game to close it out for the Rattlers. With two outs, Kyle Tedford (SUNY Fredonia) kept the hopes alive for the Bucks with a single. Mahns did his job however, and struck out Eli Larson (SUNY Canton) for the final out as the game was officially made final, a 5-2 win for the Rattlers over the Bucks.