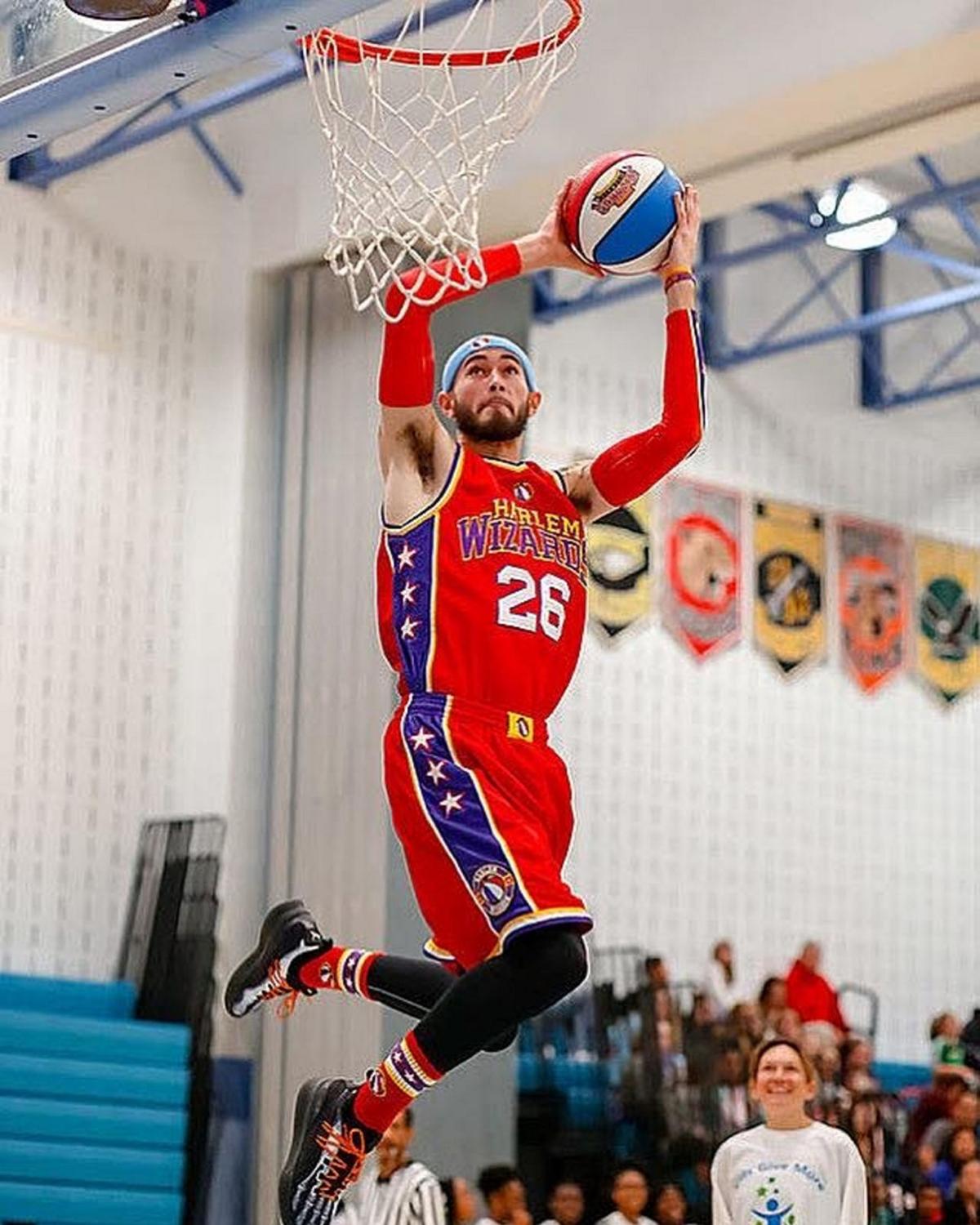 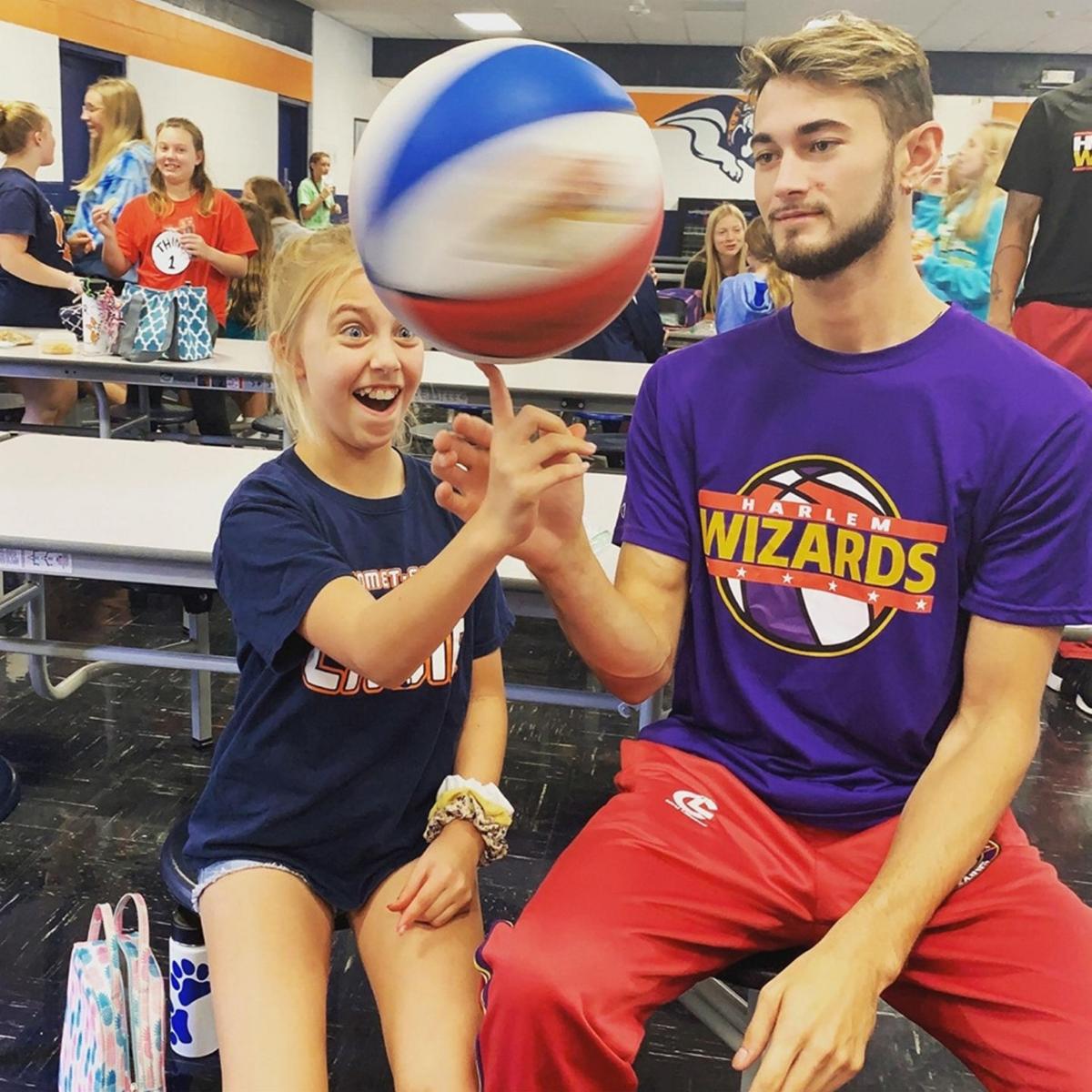 Photo contributed Jordan ‘Hang-Time’ Hoose interacts with a young fan prior to a Harlem Wizards game. 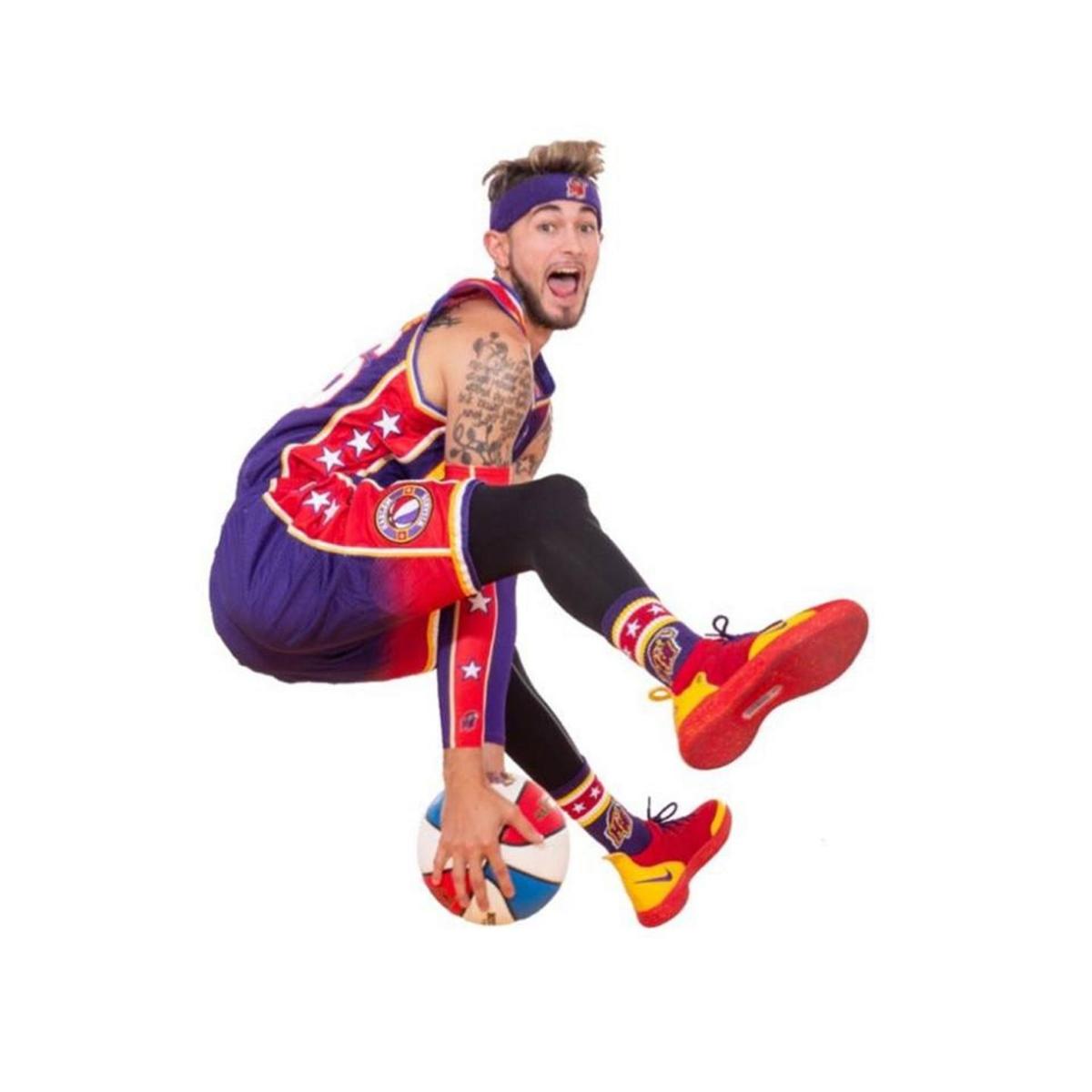 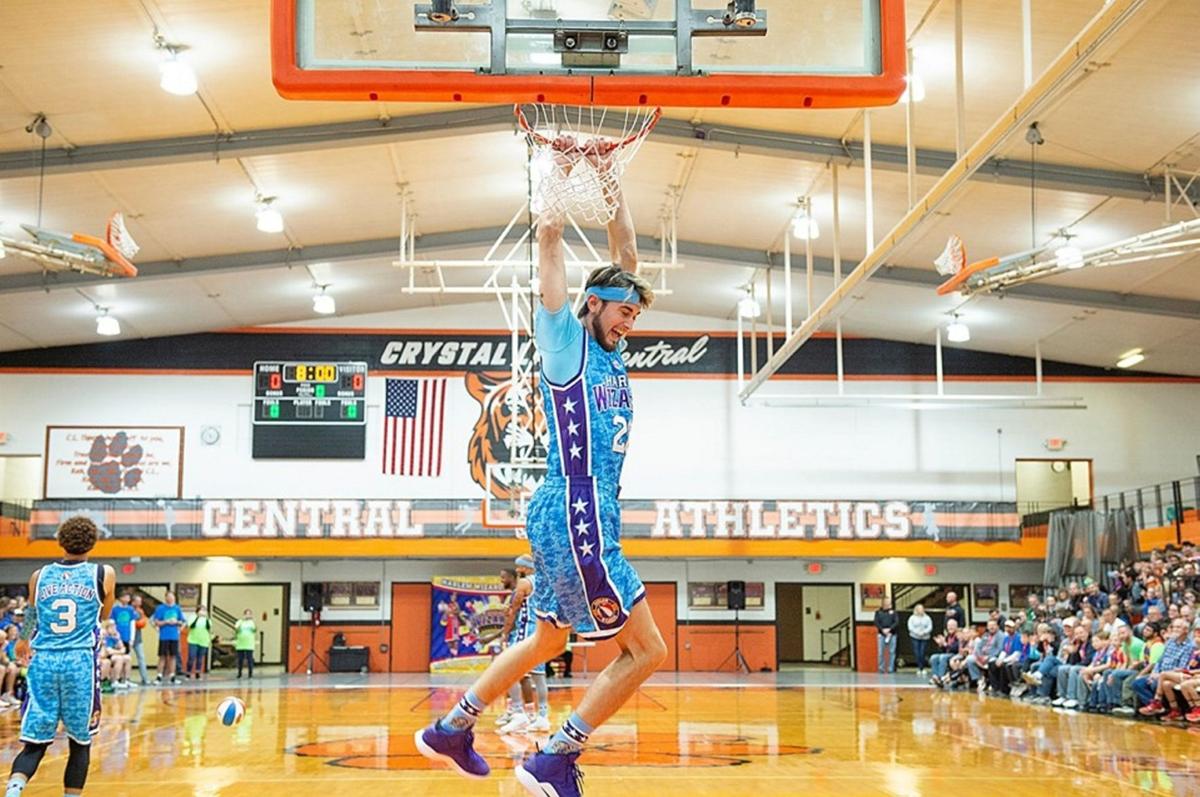 Photo contributed Jordan ‘Hang-Time’ Hoose interacts with a young fan prior to a Harlem Wizards game.

Basketball has opened a lot of doors for Jordan Hoose.

Now, the Taconic Hills, Columbia-Greene Community College and SUNY Morrisville graduate and current member of the Harlem Wizards is hoping to use the sport as a platform to give back to the community he still calls home.

It’s still in the planning stages, but Hoose, who earned the nickname Hang-Time with the Wizards, is looking to hold an annual basketball fund-raising game to provide scholarships for Patroon Conference boys and girls basketball players.

“I’ve always had the idea, always wanted to give back to the community and want to give a spotlight to our local athletes as well,” Hoose said. “The way that I would do that is to set up a Harlem Wizards game because we do fund-raisers, so that would be a way to fund raise the money for the scholarship.

“It’s also me coming and playing in the game against some of the local athletes. I think it would be a fun game and also a little competitive, which is nice because we barely get to play competitively throughout the year, so that would be nice for us, too. But just to get the whole community, the whole Patroon Conference community together and showcase all the local talent and just to give back to them and give them a chance for a scholarship.”

As far as a venue for the event, Hoose said Columbia-Greene Community College would be a logical choice.

“Depending how much interest there is, I would like to have it at Columbia-Greene because I feel like that’s the biggest gym in the area. I’ve always played (with the Wizards) at my high school, so I have that checked off my list, now it’s time to come back to my old stomping grounds at Columbia-Greene and play here, too.”

The game would feature the Harlem Wizards playing against a team comprised of Patroon Conference boys and girls All-Stars.

“We’d incorporate both boys and girls into the game,” Hoose explained. “Usually in the Wizards’ games, the other team is filled with teachers and they usually have 20-30 teachers play, so I feel like there’s probably about 20-30 boys and girls combined, so I think that would work out right there, and my idea is whatever money we raise, pick one boy and one girl from the Patroon Conference and give the scholarship to two of those athletes.”

Hoose hopes to finalize details for the game when the Wizards season ends in the Spring.

“Once February hits our schedule picks back up and March is always our busiest time of the year and then my season will end, so my idea is to have my game for the scholarship at the end of our season so I can have time to plan it and promote it,” Hoose said. “I would like to do it this year in April or May and then I could do it annually or every two years.”

Hoose and the Wizards are currently in the middle of the season and have been traveling through out the United States.

“In the beginning of our season I was in the Midwest for the first two months, September and October,” Hoose said. “I was in Wisconsin all the way down to Kentucky. Our schedule is so crazy. I came back to the east coast in November. I actually had a pretty nice break for Thanksgiving and Christmas, got to spend time with my family and see all of my friends. That was nice.

“Unfortunately, I don’t get to play competitively a lot. You tend to lose a little bit if you don’t play regularly like that. Every time I come home I either go up to the YMCA in Coxsackie or to TH to play against the older guys to keep the competitive spirit alive. I still love what I’m doing. I get to travel the world and put smiles on families faces.”

A competitor at heart, Hoose had to get used to the entertainment part of the basketball business, but he’s adapted well.

“I love going to the schools, especially the kindergarten through fifth grades ages,” Hoose said. “Getting them hyped up and seeing the excitement in their faces. I can spin the ball for the whole assembly and they’ll be in shock. That and just the family engagement we have with everybody.

Hoose said getting into the basketball entertainment business wasn’t something he set out to do.

“Even when I was in college, it never occurred to me to be an entertainer, being a part of the entertainment aspect of basketball. I played against the Wizards in Hudson and that was my first time every hearing about them, and just seeing the stuff they could do was amazing.

“After that, I kind of forgot about them, and then one day the owner called me up out of the blue when I was at Morrisville. He must have remembered me and got my contact information from my coach and that’s how he got in contact with me.

“After I was done at Morrisville I wanted to play overseas and see where that could take me, but now that I find myself in this field, I love it.”

Despite the hectic schedule the Wizards keep, Hoose doesn’t see himself stepping away from the team anytime soon.

“I’m probably going to try to do this for like five more years. I’m 25 now, I’ll be 30 and some of my teammates are well over 30 and still doing it, so I’m not really sure what my timetable is right now. I’m just riding the wave right now and enjoying every minute of it.”

When he does finally decide to step away from playing the game, Hoose has big plans for the future.

“I’m kind of making the list as I go along. Right now it’s to give back, start a scholarship,” Hoose said. “Eventually, if I could get enough money, I would like to have my own center. I could teach kids basketball, it would give kids a place to come after a school, a good environment.

“We really don’t have anything like that now. Not a lot of people in Columbia County know about the Boys and Girls Club and the YMCA in Coxsackie that’s a drive for a lot of people, so I’d like to have a central location for the athletes to come to.”

Having come from a small school background and now entertaining fans the world over, Hoose hopes to inspire young basketball players to work hard and never give up.