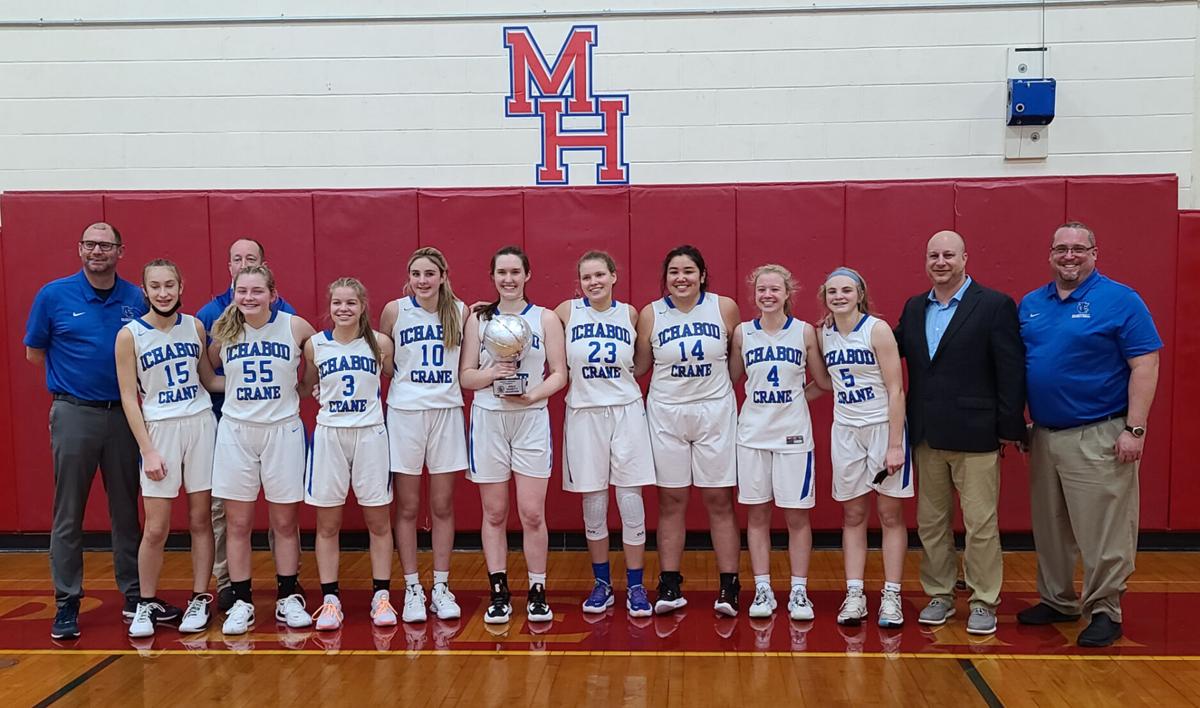 Tim Martin/Columbia-Greene Media Ichabod Crane won the 2021 Holiday Hoopfest at The Hill championship with a 51-32 victory over Tamarac on Thursday at Maple Hill High School. 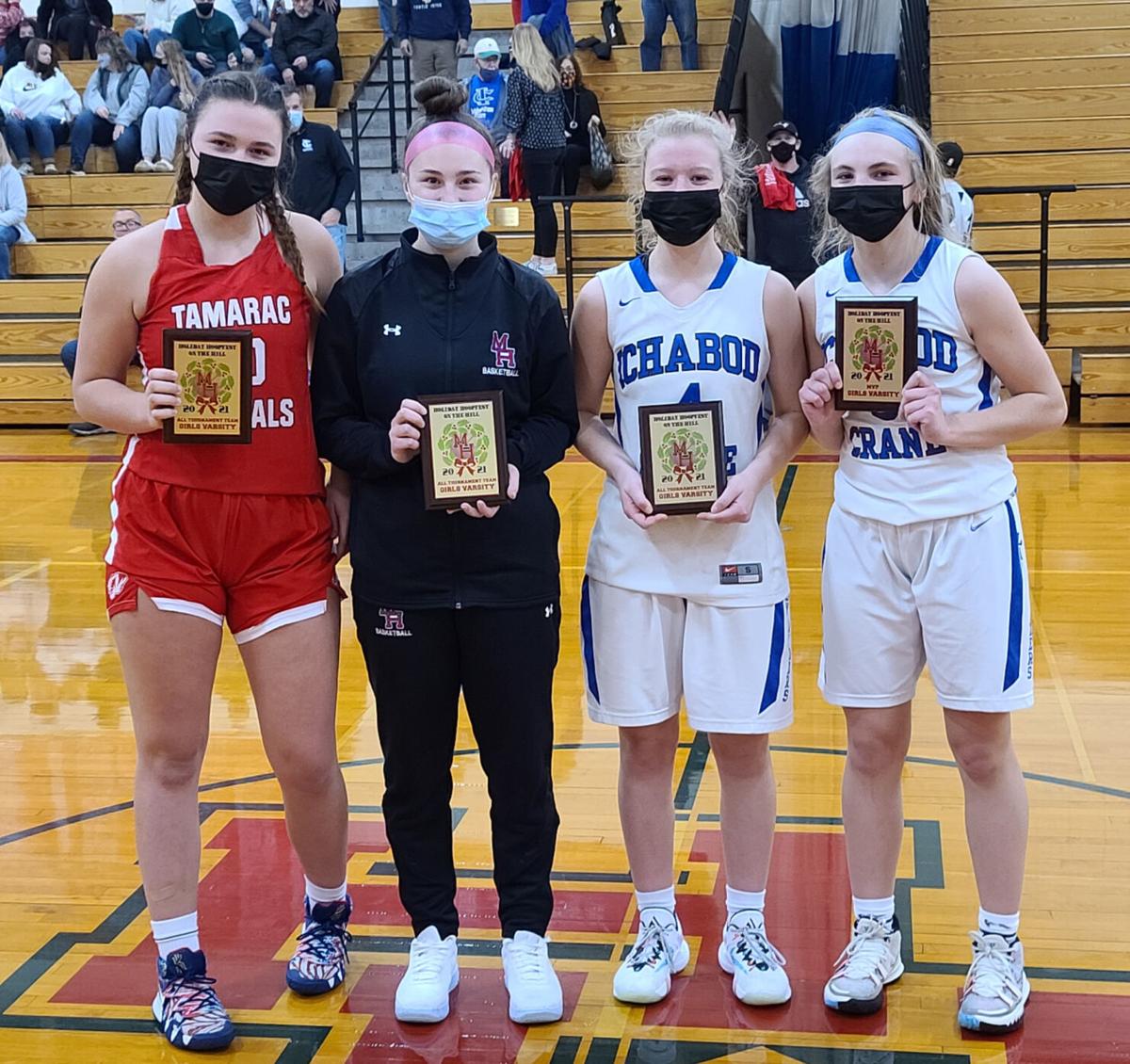 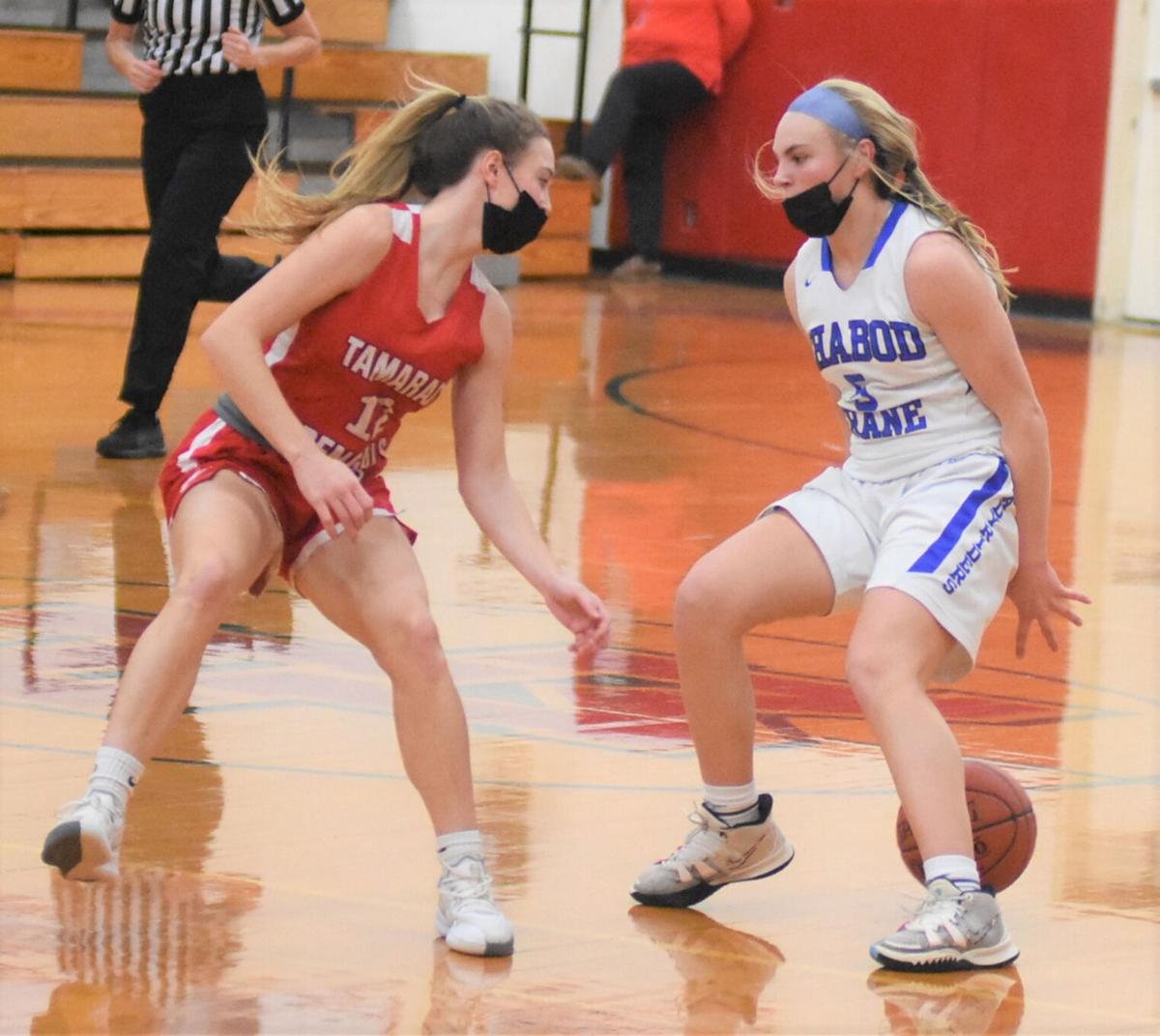 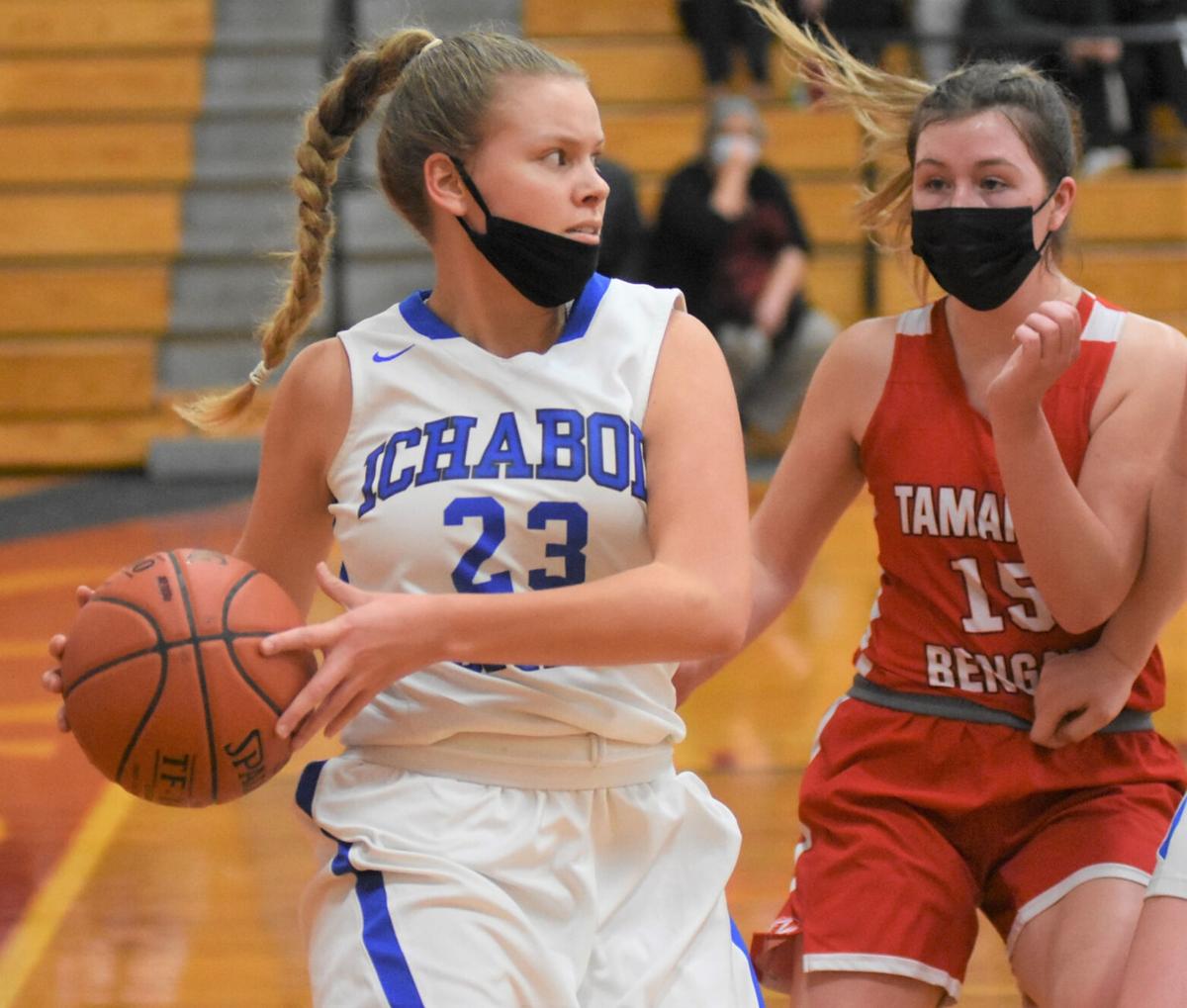 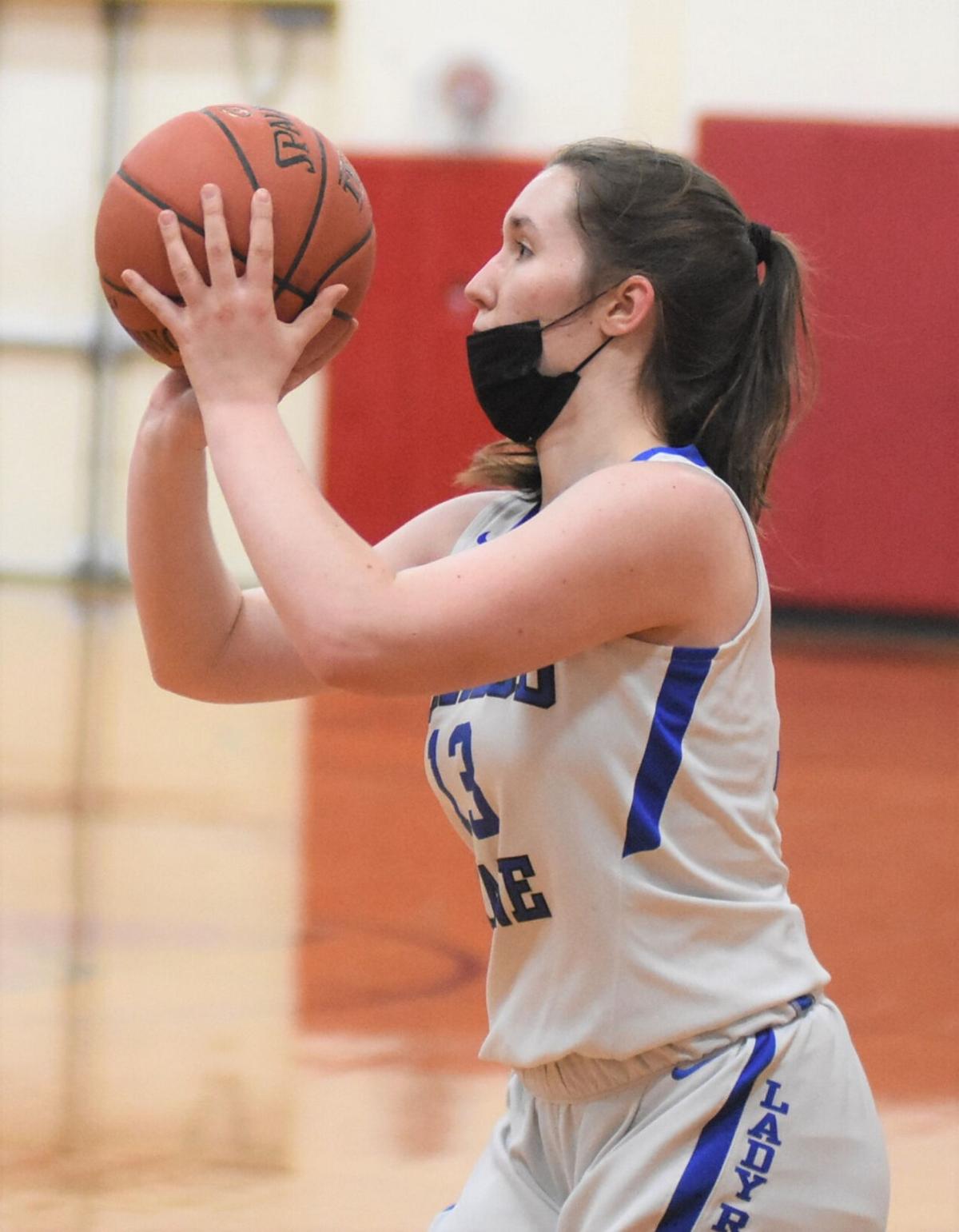 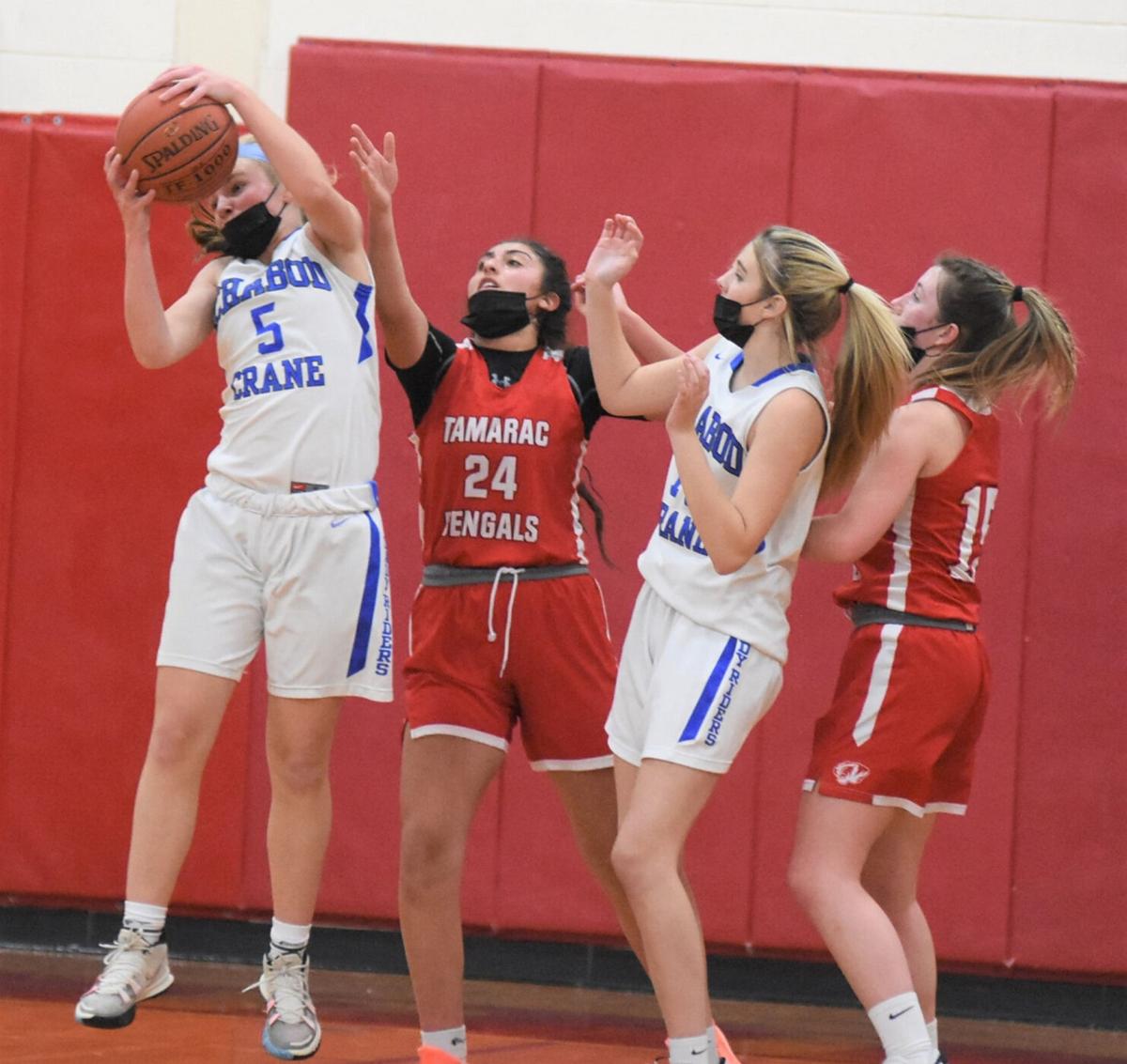 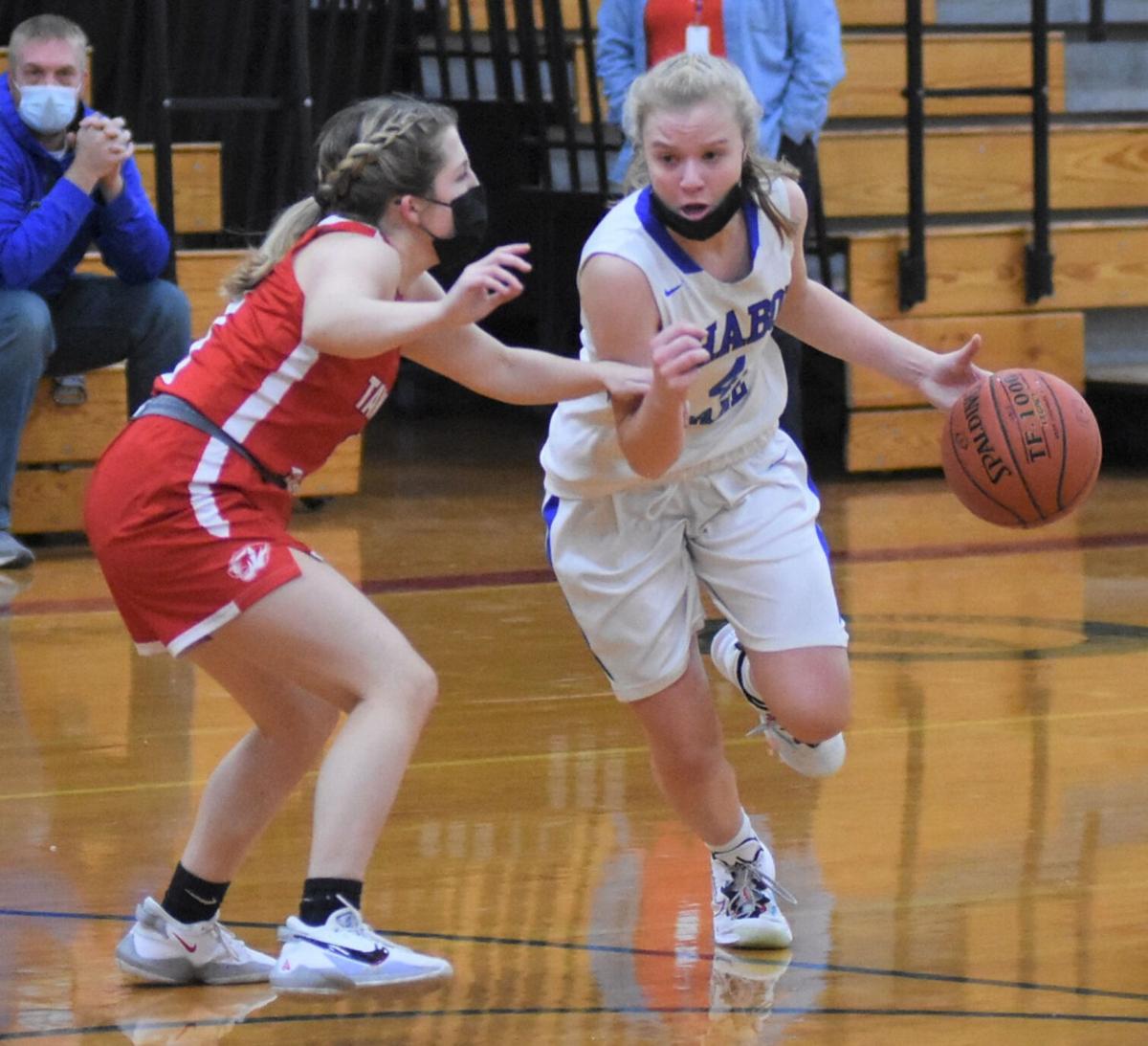 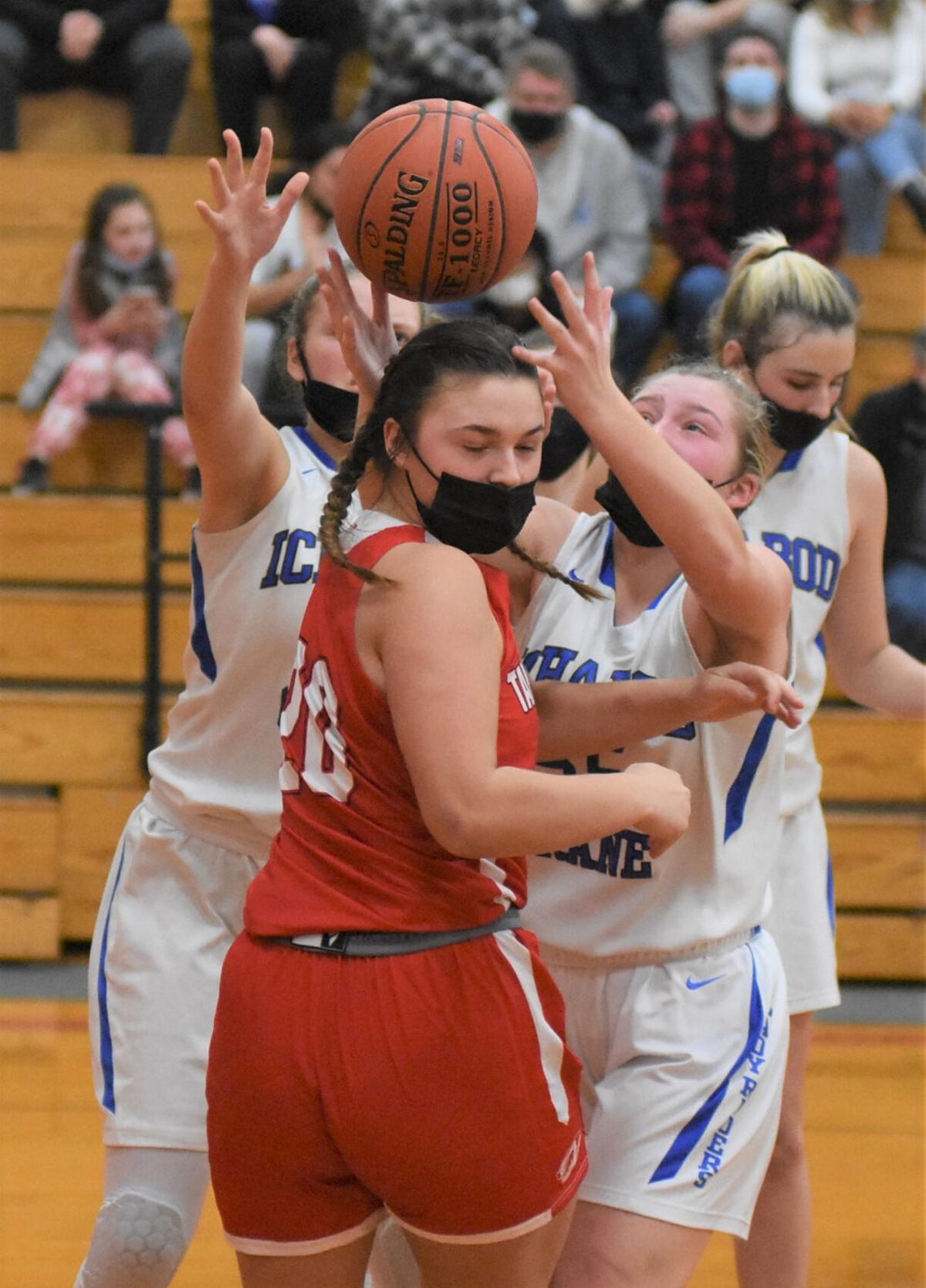 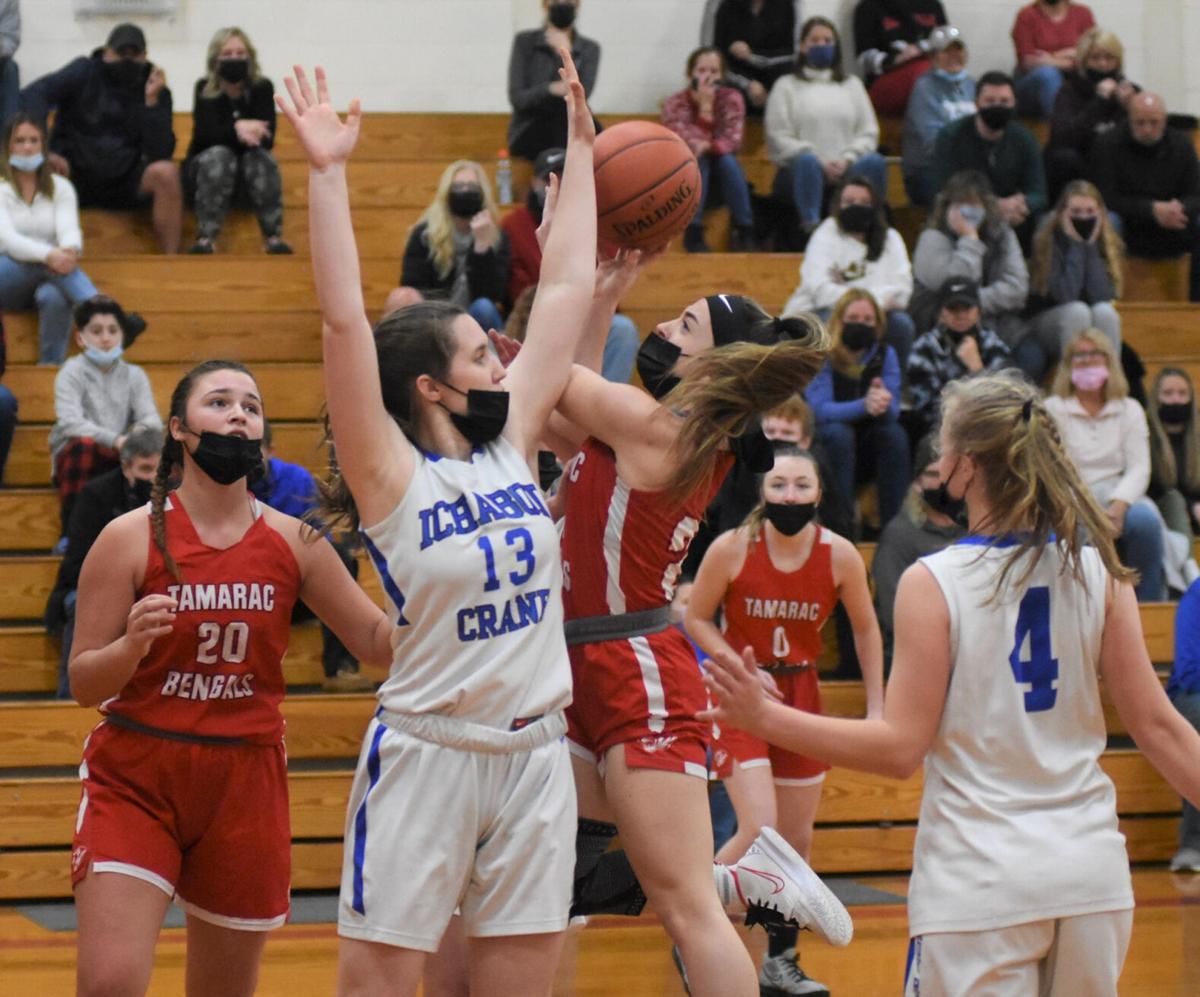 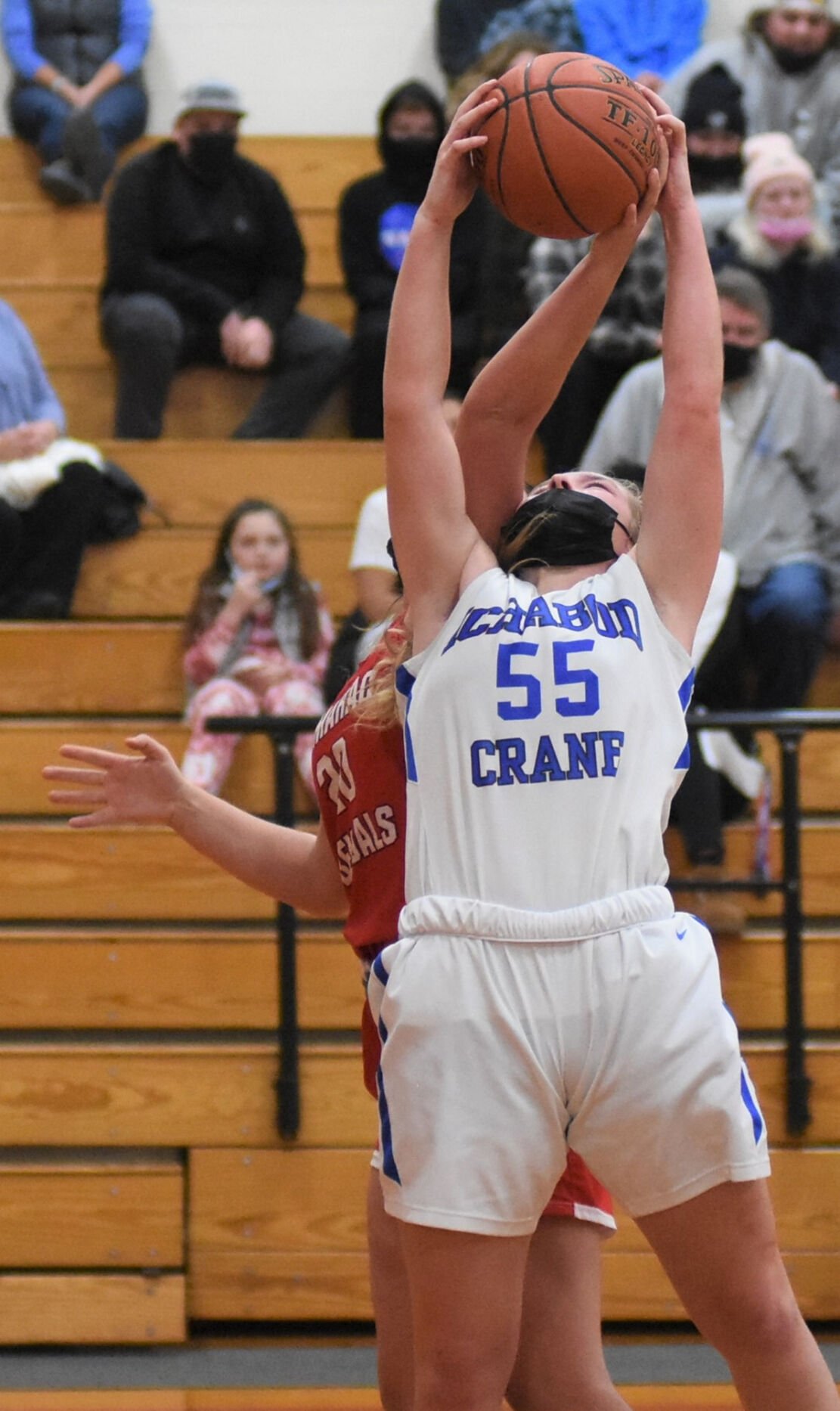 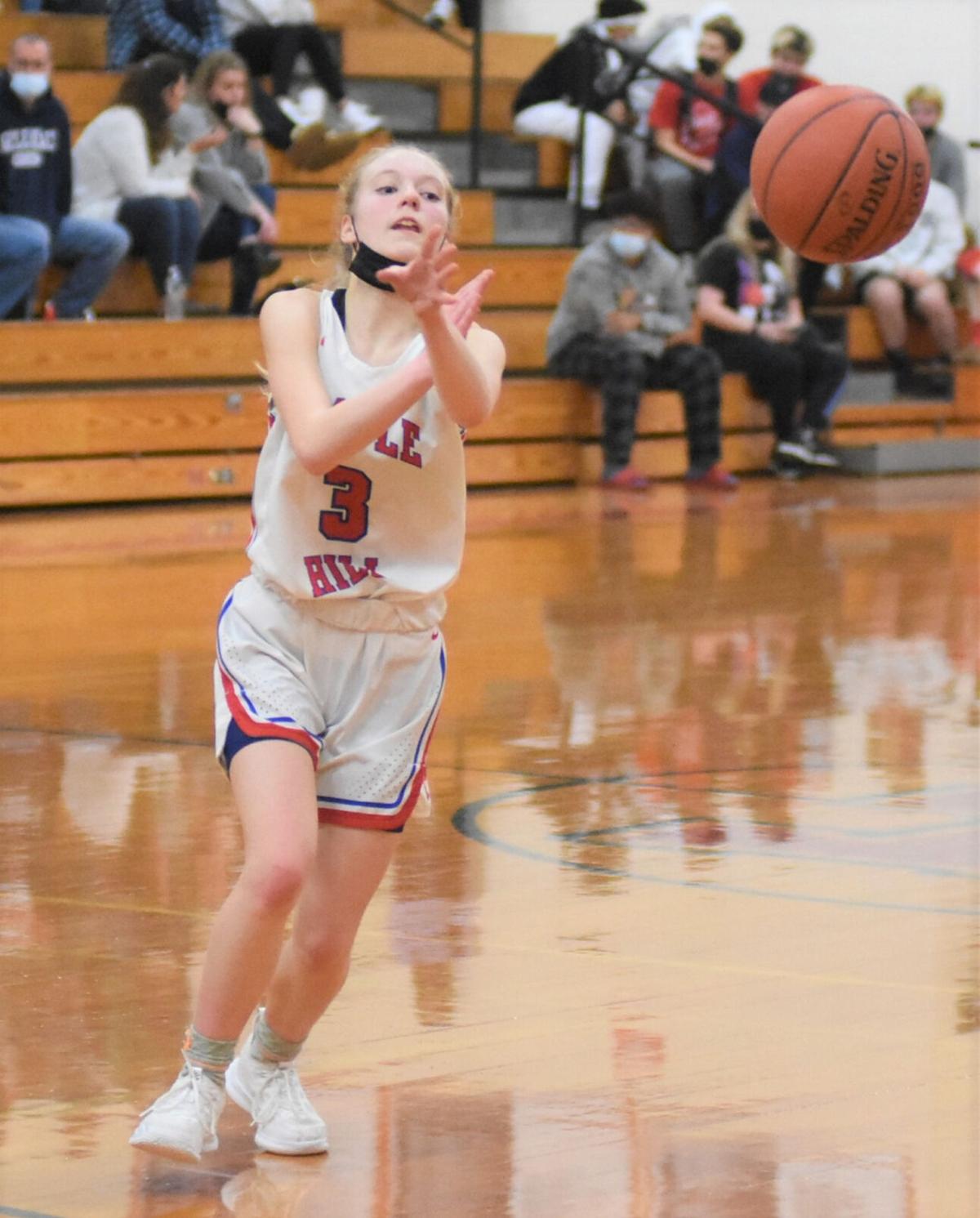 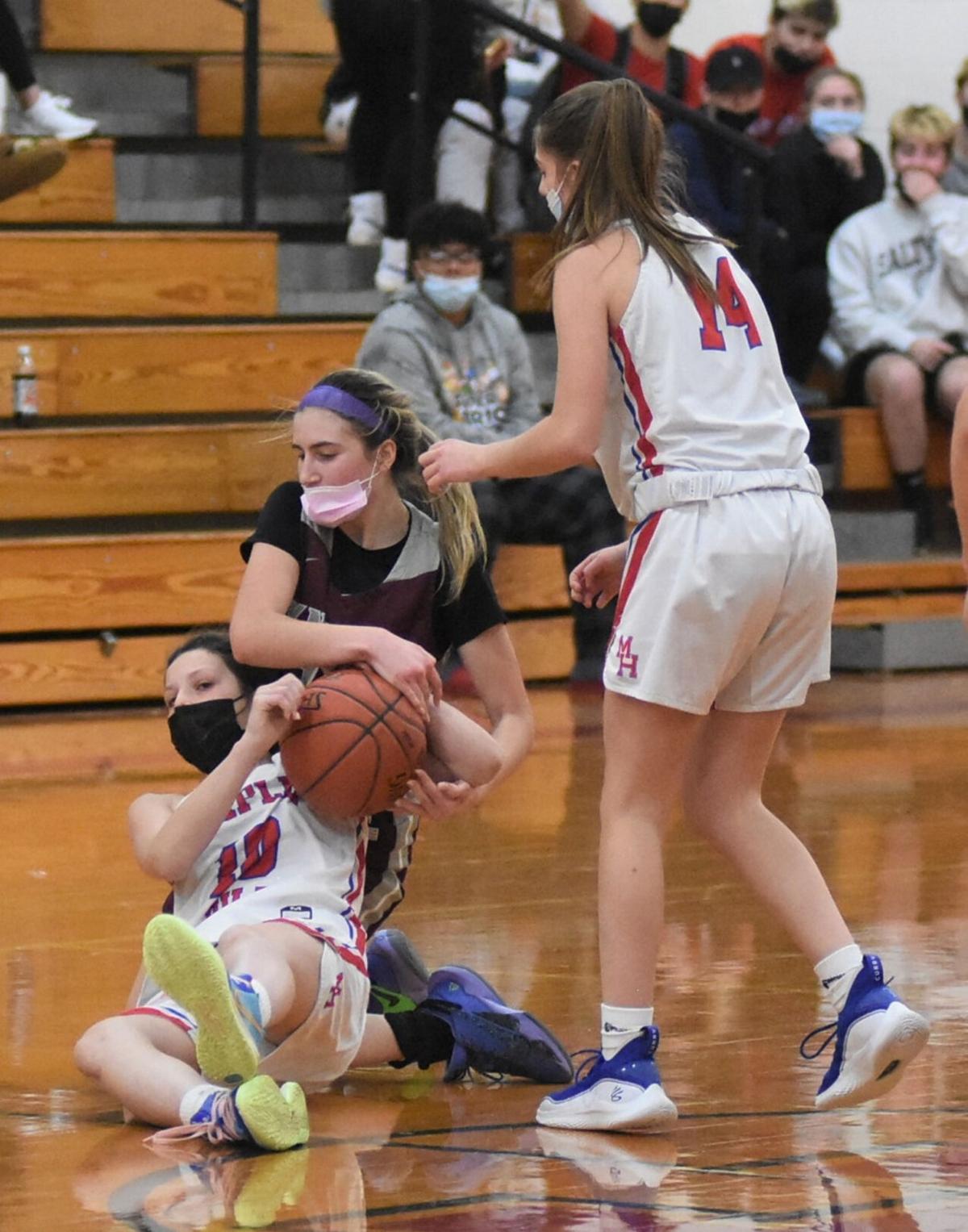 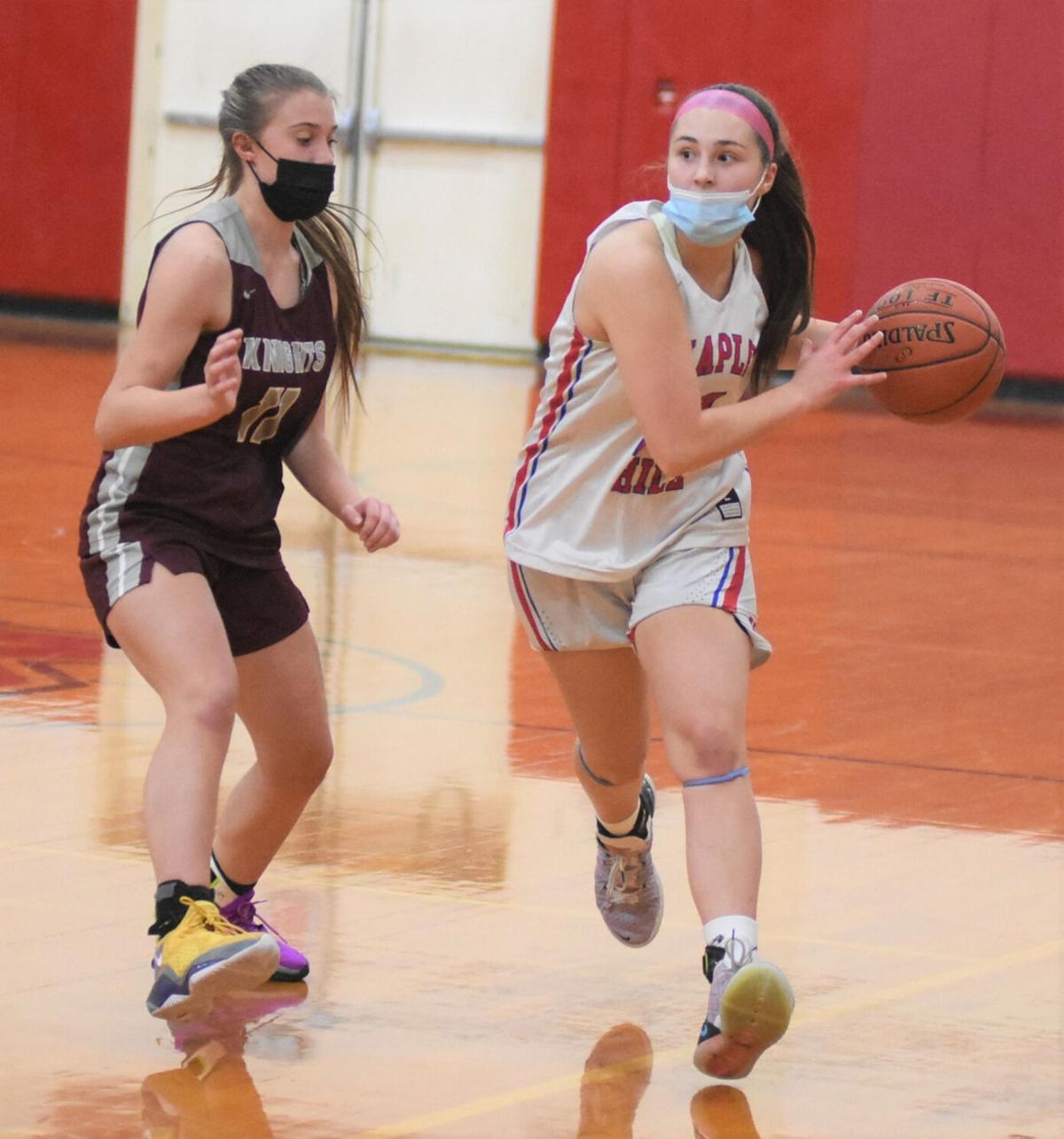 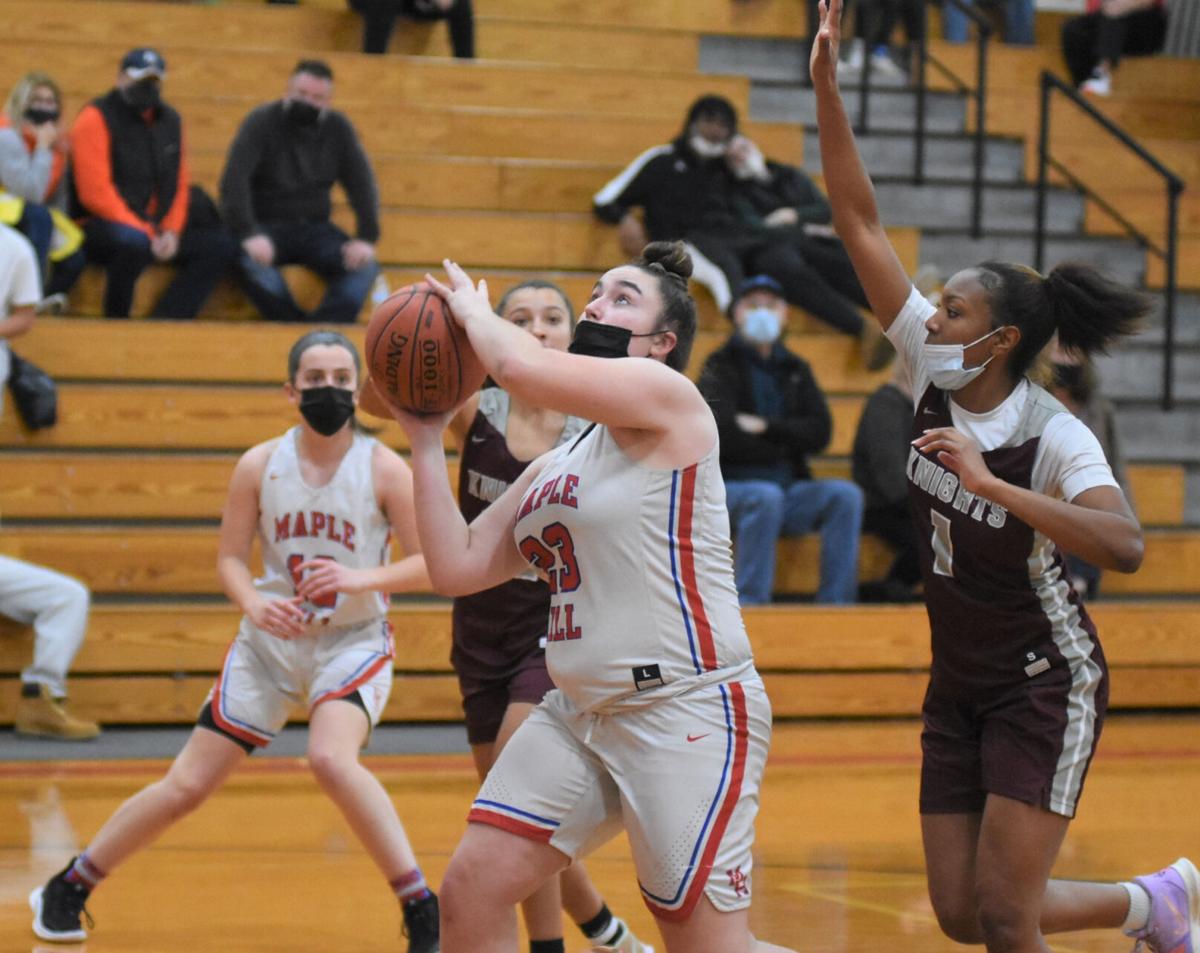 Tim Martin/Columbia-Greene Media Ichabod Crane won the 2021 Holiday Hoopfest at The Hill championship with a 51-32 victory over Tamarac on Thursday at Maple Hill High School.

CASTLETON — The Ichabod Crane Riders took home the Holiday Hoopfest trophy in 2021, thanks to a 51-32 win over the Tamarac Bengals.

Carolina Williams led the field in scoring with 17 points, but teammates Ashley Ames and Malati Culver both in double figures as well. Williams was named tournament MVP and Ashley Ames made the All-Tournament team.

The first quarter of this championship game was very competitive yet very low scoring. Williams knocked down a floater as the first period came to a close and the Riders led, 7-4.

Early in the second period, Williams got a steal, leading to a quick basket by Culver to force Tamarac to use a timeout. Immediately following the brief pause, Culver returned the favor and found Williams underneath the basket for an easy layup.

The Bengals’ defense improved in the quarter, stealing passes by the Riders and forcing the ball out of bounds to cause even more turnovers. Ashley Ames got to the foul line at the 3:08 mark and sank both free throws to give Ichabod Crane a 15-10 lead. Shortly thereafter, Alexa Barkley had a very nice finger-roll inside the painted area and laid it in for the Riders.

Haley Ames was visibly frustrated at this point in the game, seemingly unable to play good defense without being called for a foul. The Riders led 18-12 at the break and did not take their foot off the gas as the second half began.

The Bengals hit a few shots in the third quarter to stay within striking distance if they could make some stops, but the Riders had an answer for them on almost every offensive possession. Williams delivered an exclamation point after getting another steal and driving down the court for another layup to put Ichabod Crane up by 11 points.

After three quarters, the Riders led 33-23, looking for even more. The Bengals kept it interesting for the first few minutes of the fourth period, knocking down shots and pulling within eight points of the lead. However, Ichabod Crane began to pull away on the scoreboard as the clock dwindled.

The Riders teetered on and off a 20-point lead the rest of the way, and finally put the Lansingburgh Knights away in the closing moments as the clock neared zero.

The final buzzer sounded shortly and the Ichabod Crane Riders earned a huge win to close out the calendar as winners with a 51-32 victory over the Lansingburgh Knights to win the 2021 Holiday Hoopfest Tournament.

“Our defense was tough again,” Ichabod Crane coach Dave Ames said. “We got into some foul trouble and had to switch to a zone in the second half but, overall, we played really well. We had two good wins over the break. We just have to focus on getting better each day.”

The Maple Hill Wildcats were victorious in the consolation game on the girls’ side of the Holiday Hoopfest, beating the Lansingburgh Knights 54-30.

Lansingburgh was just outmatched and outgunned in this one, struggling to get any small bit of offense together.

Maple Hill led 15-4 after one period, and they kept the intensity at a high level for the duration. Holding the Knights to nine points or less per quarter, the Wildcats were content to glide through the consolation game and pick up the win by a 54-30 final score.