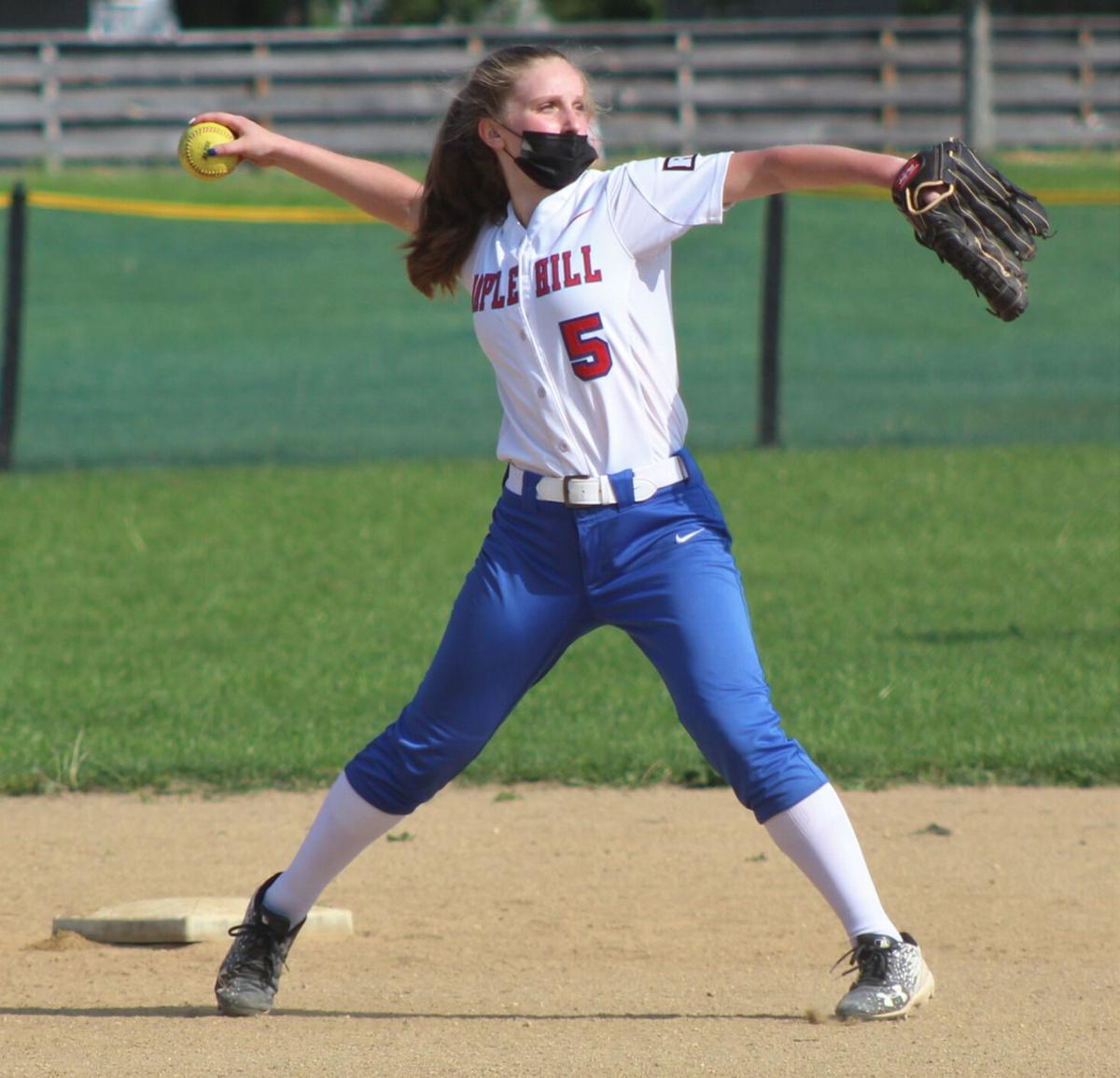 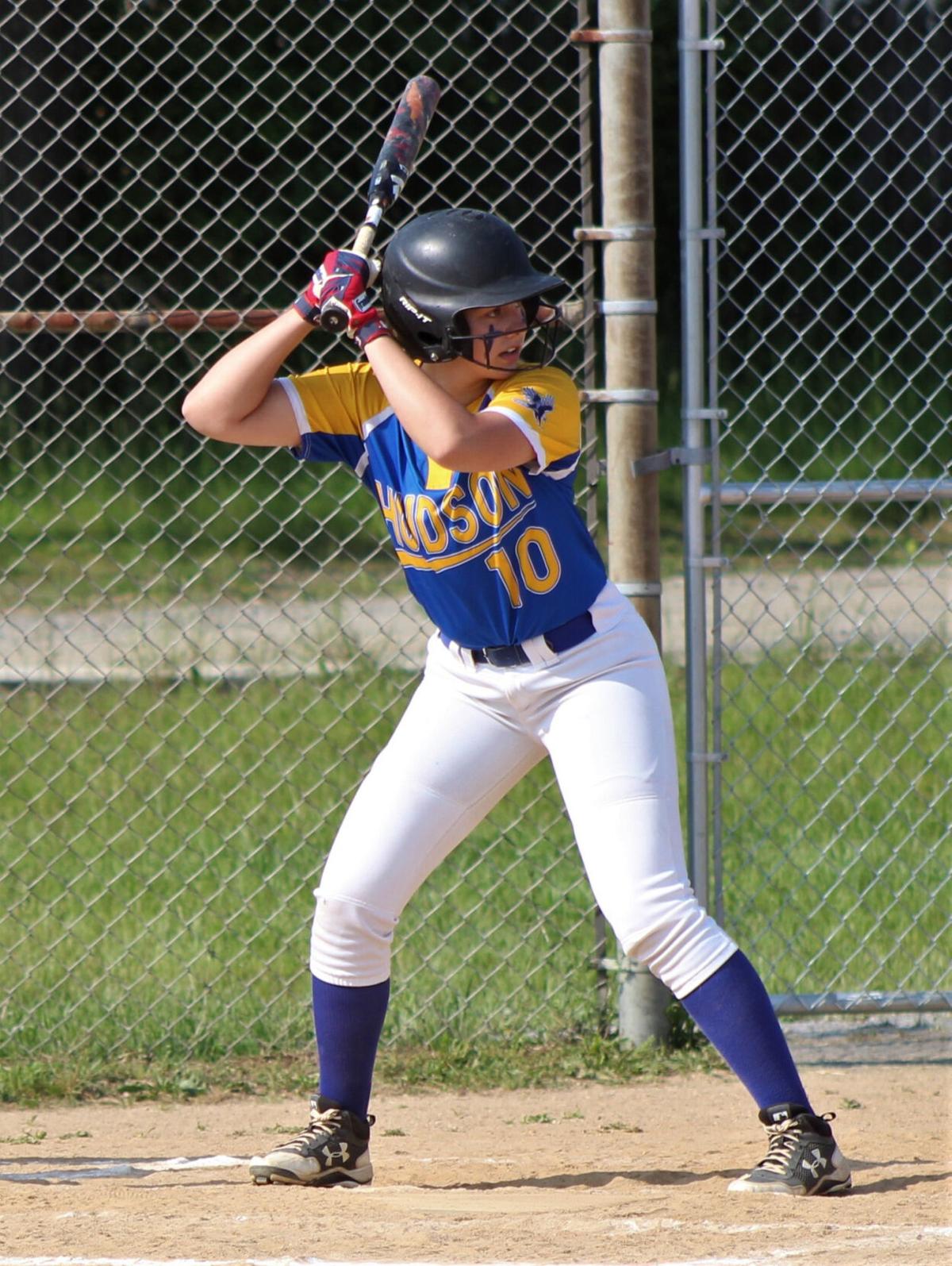 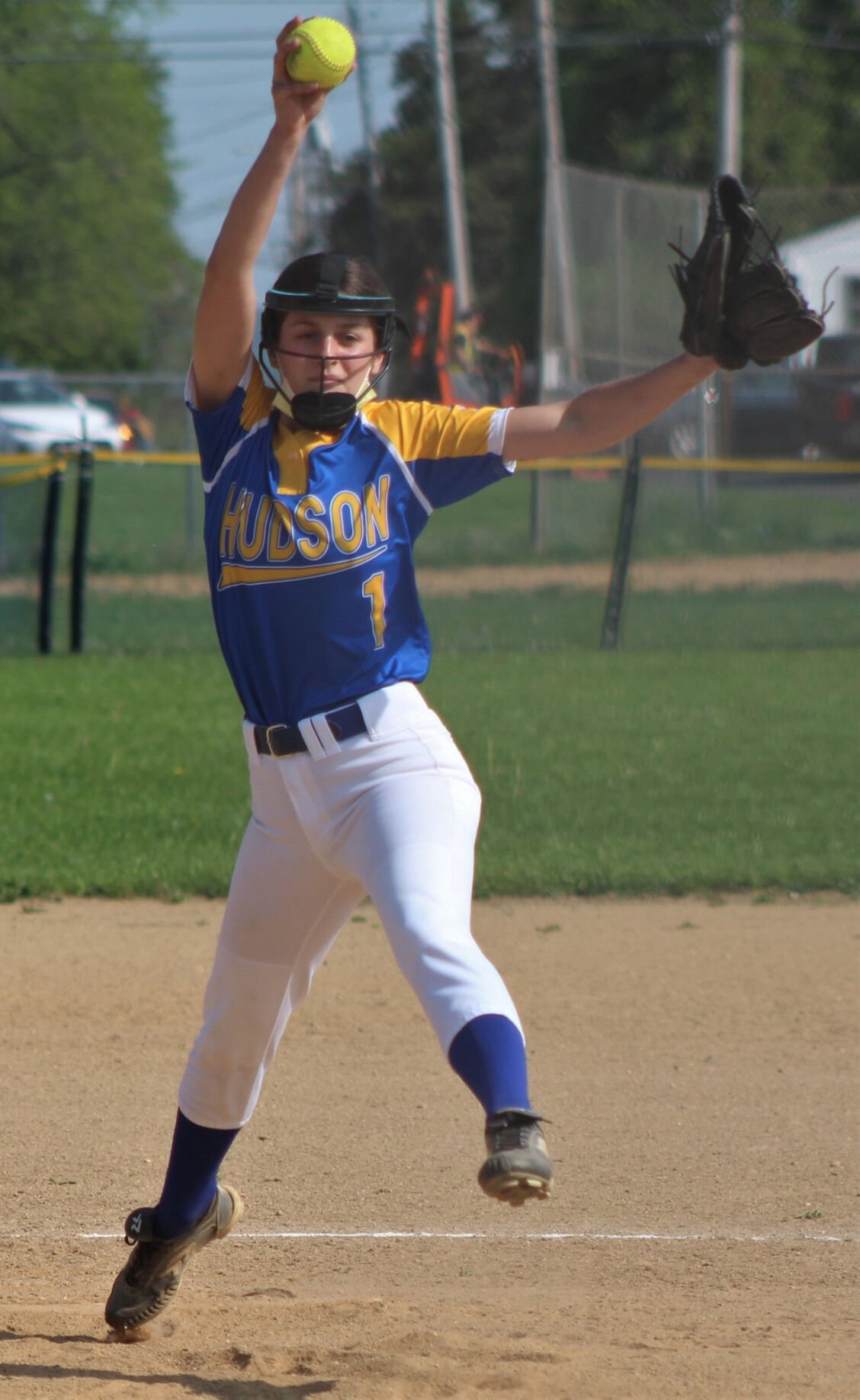 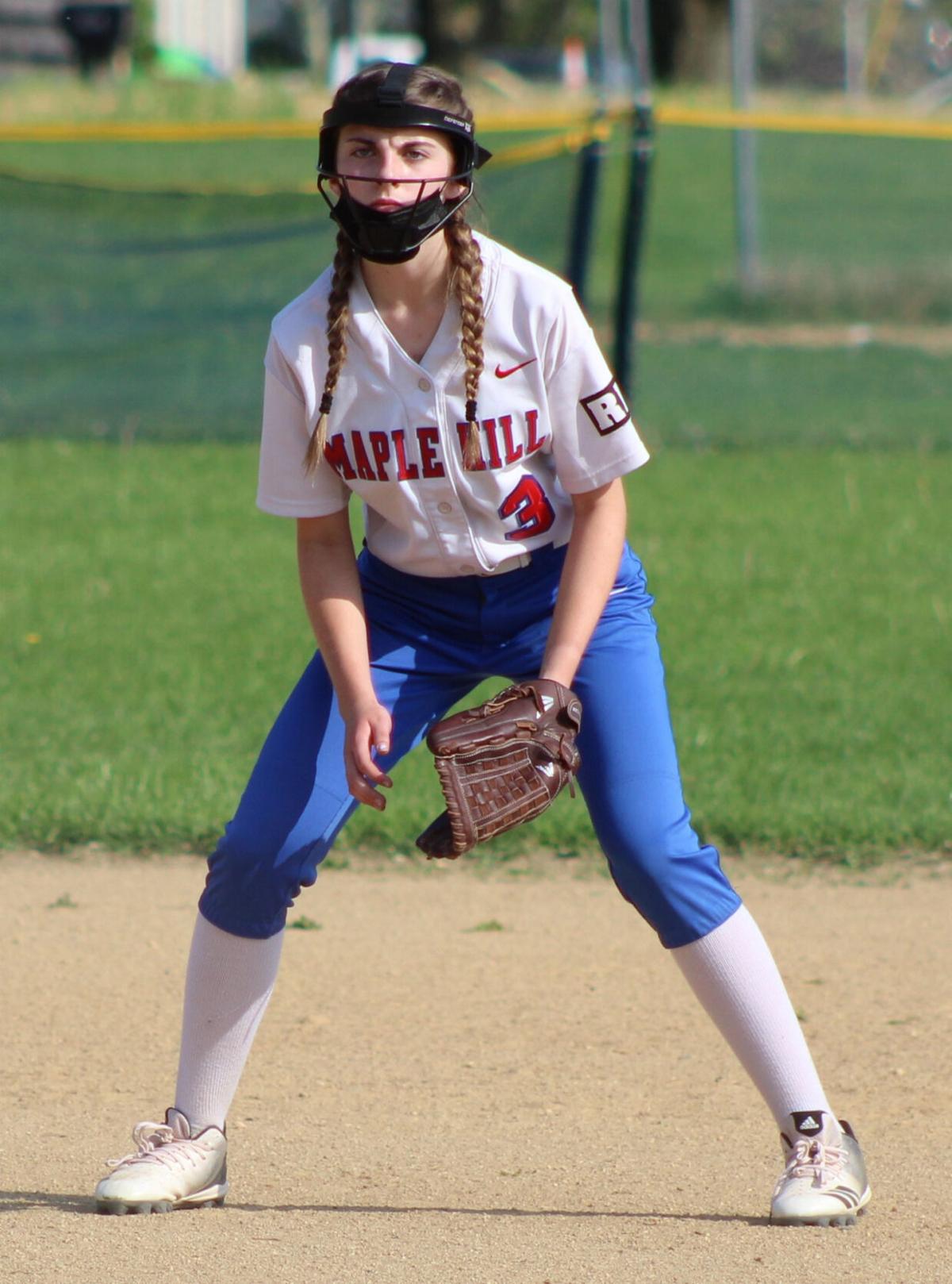 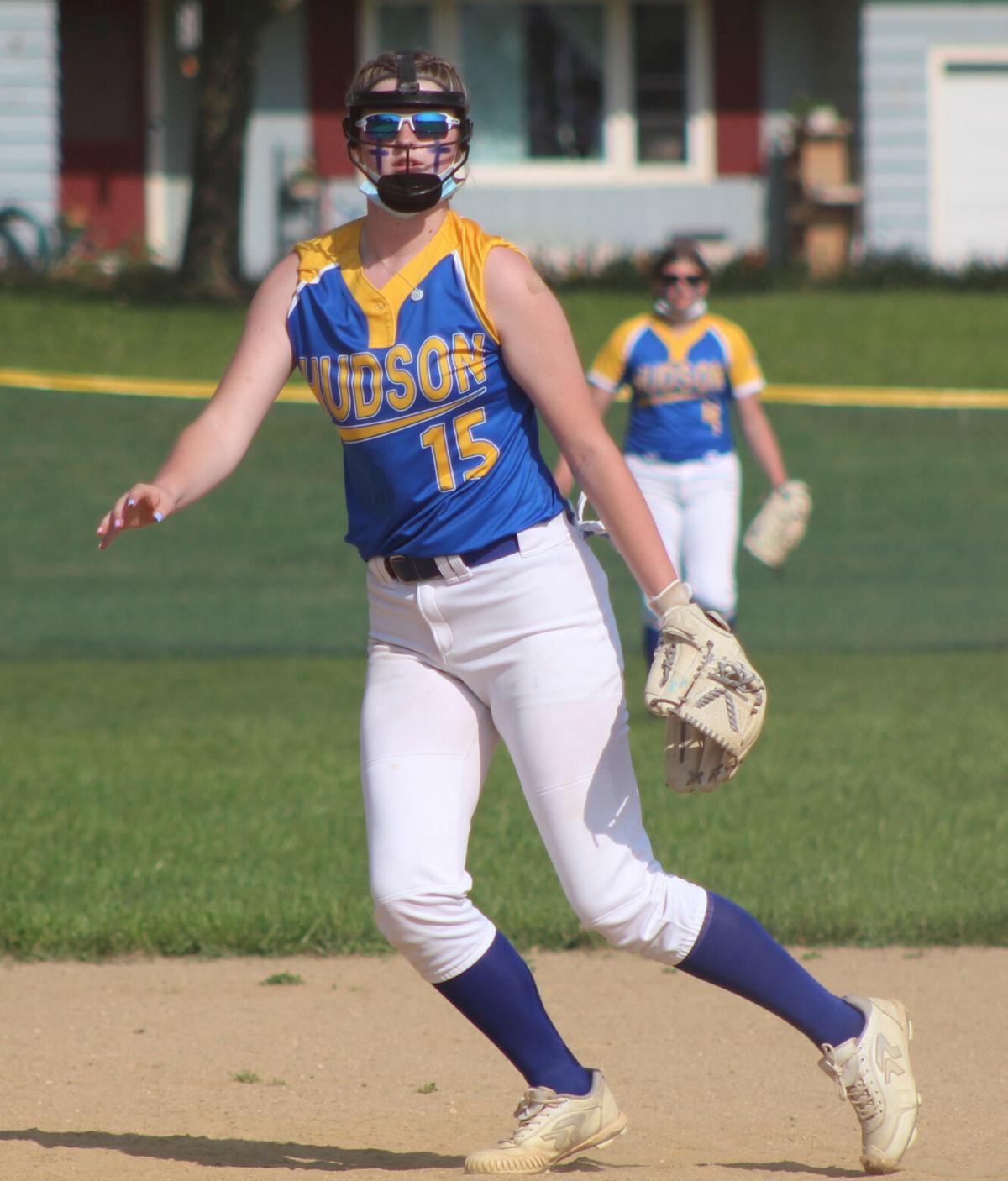 HUDSON — The Maple Hill Wildcats notched a come-from-behind victory 12-10 on the road against the Hudson Bluehawks on Wednesday afternoon.

The Bluehawks led 8-3 in the top of the seventh, and the Wildcats put up nine runs in the inning to take a 12-8 lead. Hudson was only able to manage two runs in the bottom of the seventh and lost a heartbreaker.

Olivia Plaia started on the mound for Hudson and after allowing two base hits by Maple Hill, she forced two pop-outs to get out of the frame unscathed. Kate Brodzinski started the game for the Wildcats, and had some trouble to work out of herself in the first inning. Brodzinski allowed the first two runners on, but battled back to end the inning without a runner crossing the plate for the Bluehawks.

Maple Hill took a 2-0 lead the following inning thanks to a two out, two run single by Emma Dugan. Brodzinski began losing command of her pitches the following inning, walking in three runs to give Hudson a 3-2 lead. Lily Kritzman came up with two outs and singled to drive in another two runs for the Bluehawks to grow the lead to 5-2.

After loading the bases in the third, the Wildcats narrowed the lead to 5-3 when Sydney Rogers scored from third base on a wild pitch by Plaia. Plaia focused afterwards though, and struck out two Wildcat hitters to end the inning there.

Ahead in the bottom of the fourth, the Abigayle Jepson scored a run after multiple errors by Maple Hill on one play, and the Hudson lead grew to 6-3. No runs were scored in the next inning and a half, but the Bluehawks looked to extend their lead again in the bottom of the sixth.

In the bottom of the sixth, Mckenna Krager led off with a double, and scored on another double by Kritzman to make the score 7-3. Arianna Camacho tacked on another run to the Bluehawks’ lead to bring it to 8-3.

In the top of the seventh, everything fell apart for Hudson. Brodzinski doubled home a run for the Wildcats to cut the lead in half to 8-4. Then, RBI singles by Sydney Rogers and Sam Manning, and a hit-by-pitch by Mia Fleck cut the Bluehawks’ lead to 8-7.

The Wildcats then took a 9-8 lead on a two run single by Alexis Tedford. Before the inning ended, Maple Hill scored three more runs on errors by the Hudson catcher and pitcher, and the Bluehawks came up for the final time, suddenly down 12-8.

With one out in the bottom half of the seventh, Gabriella Logue and Abigayle Jepson were issued back-to-back walks. Krager came up and ripped a two run double into left field to cut the lead to 12-10 and fire up the Hudson bench.

With two outs, Lindsey Martin came up and was the Bluehawks’ last hope. Martin hit a deep grounder to third base, and unfortunately for Hudson, the throw barely beat her by a half of a step for the final out of the game, giving Maple Hill the win 12-10.