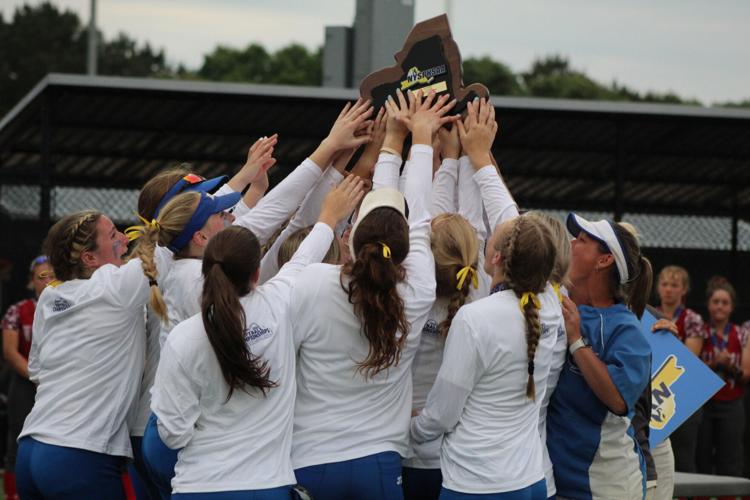 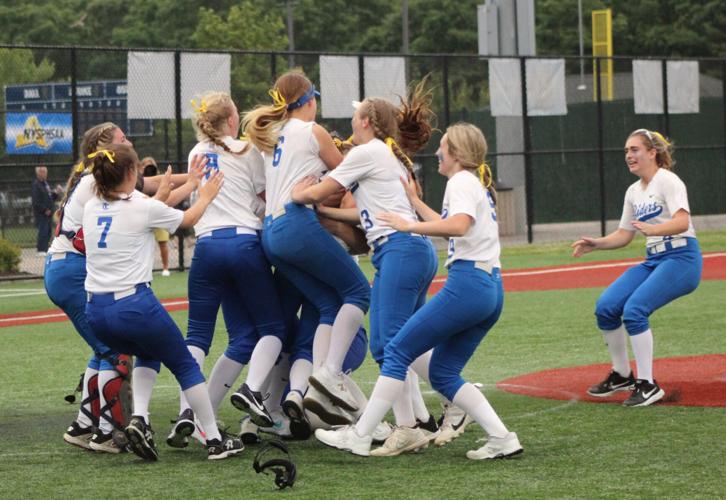 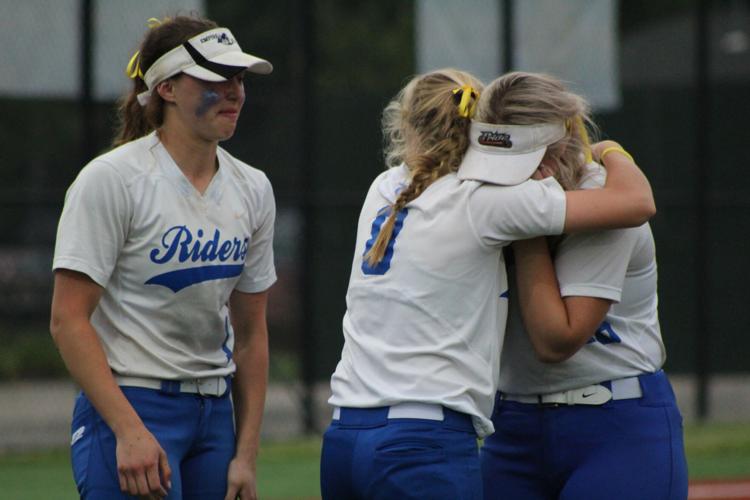 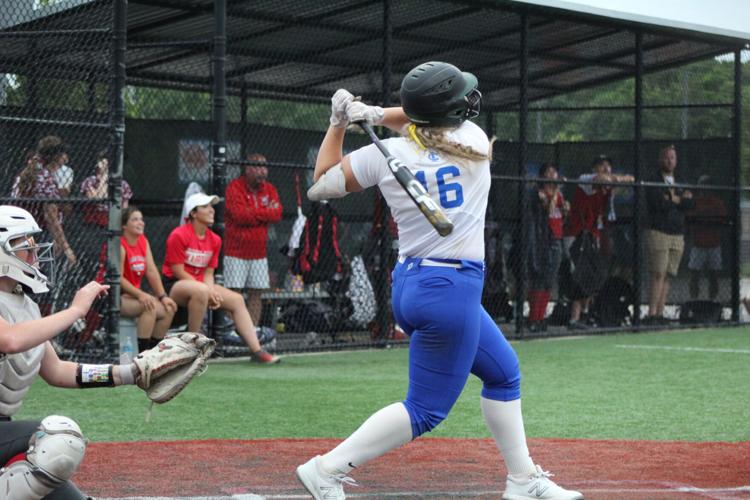 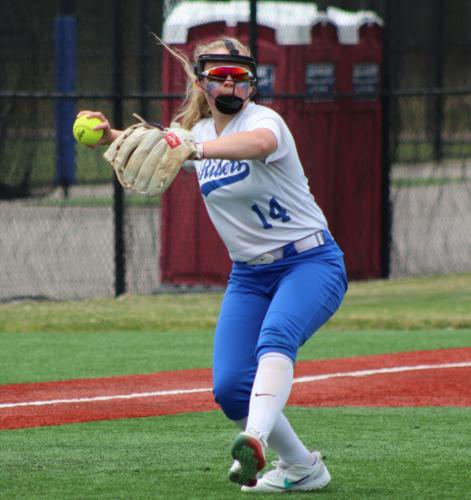 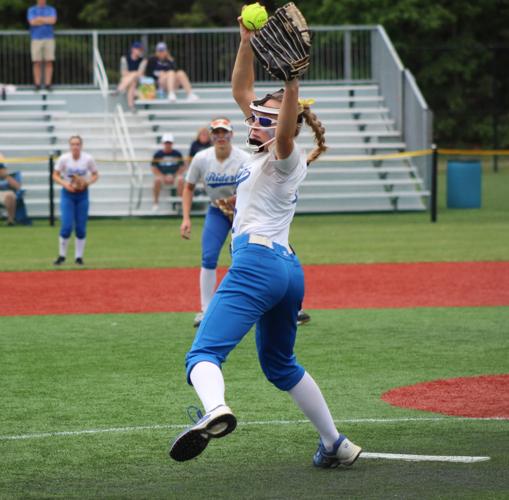 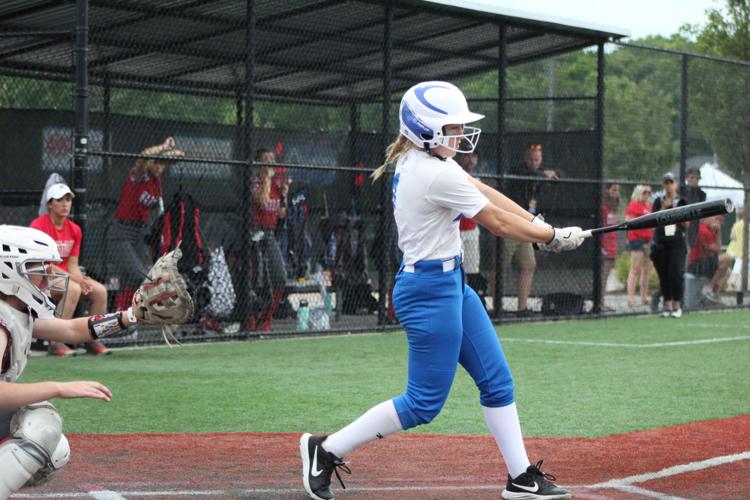 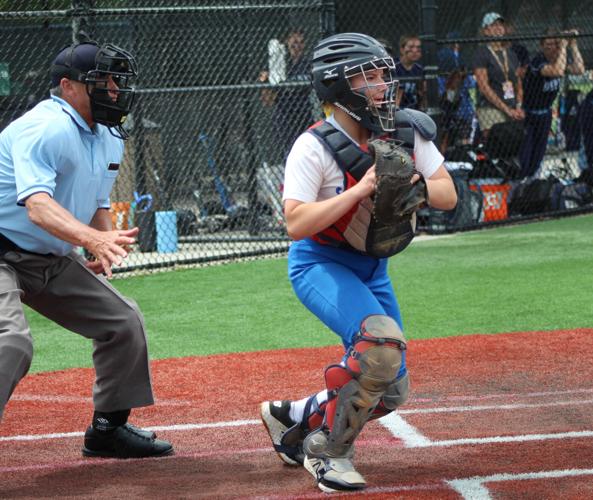 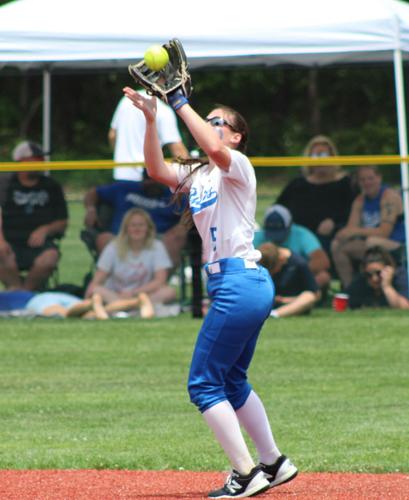 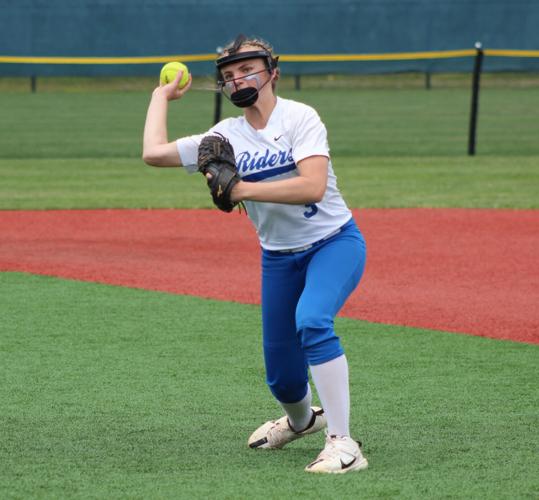 The shutout in the title game follows yet another dominant display of offense by the Riders in the semifinals where they also won by 12. Kari Graziano only got better as the day went on. She completed the shutout this time around and struck out six batters while issuing just one walk and allowing three hits. Mikayla Bucci was opposite Graziano on the bump for the Warriors.

In the top of the first, Emma Scheitinger poked an RBI single to right, giving Ichabod Crane a lead 1-0. Then Ava Heffner followed it up with an RBI base hit back up the middle to make it 2-0 Ichabod Crane. Graziano came up and hit a sacrifice fly to score another and push the lead to 3-0.

The lead became 4-0 after Carolina Willans pulled an RBI double down the third base line, and Abby Milazzo scored on a wild pitch and soon it was 5-0. Still in the top of the second, Scheitinger hit a ground ball to third that was fielded cleanly but thrown wide of first and Scheitinger collided with first baseman Maddie Nelson. Nelson was shaken up momentarily but stayed in the game, but a run did score on the play so the Riders led 6-0. Graziano had a quick, 1-2-3 inning in the bottom half, retiring the side in honor.

Makayla Walsh worked a work with one out in the third and Graziano brought her around to score with a long RBI single to the outfield and now it was 7-0 in favor of Ichabod Crane.

The Warriors tried to bunt for a base hit to lead off the bottom half, but Graziano fielded the ball and threw it to the bag at first for the out. She then got a batter to pop up to Williams at second, and got her fourth strikeout of the outing so far to end the inning.

With one out in the fourth, Williams and Scheitinger had a base hit each and the Riders had runners on the corners. Knapp got up and worked a walk, Williams scoring on a wild ball four to get it to 8-0 Riders.

Heffner grounded a ball to third and the throw came home to get Scheitinger tagged out at the plate, and a Walsh groundout ended the inning. After a leadoff base hit by the Warriors’ Priscilla Soule, Chloe Osteen grounds out to short and after Knapp and as Scheitinger fires to first, the runner takes off. Knapp made sure to get the out at first, and then fired across the diamond to nail the runner for a double play.

With one away in the fifth, Milazzo drove in another with the RBI groundout to put the Riders up 9-0. After an uneventful bottom half of the fifth for the Warriors, Scheitinger ripped a hard grounder up the middle for a one out Ichabod Crane single.

After a single by Knapp, Heffner scored one with a base hit, Knapp was thrown out at third after it got to 10-0. Then Walsh came up and belted a massive two run homer over the fence in deep left-center, and the Riders were at that magic run total again as they led 12-0.

Graziano made quick work of the Warriors in the bottom of the sixth, getting a pop up, a strikeout, and a groundout to short to put the game away and win it for the Riders.

Coach Tracy Nytransky McComb was impressed by her team’s efforts this weekend as the Riders closed out the championship. “Going to the states is a big deal to begin with,” she said. “Usually when we get here the games are 3-2, 2-0, usually everything is pretty close. We came out in that first game and run-ruled them. We’ve been hitting the ball all season and scoring a lot of runs. I knew these guys had the potential to do that, but I honestly would not have expected it here.”

Nytransky McComb is already looking forward to what her squad can do next season in 2023.

“We want to come right back here. We’re going to lose our seniors, but we have a good group coming back. And I think we have the potential to do it again.”

The Ichabod Crane Riders advanced to the New York State Class B Softball Championship with a 14-2 victory over the Depew Wildcats. The Riders secured another mercy rule in the bottom of the fifth with the final three runs needed to reach the 12-run lead and make it official.

Kari Graziano threw her first of two complete games Saturday, in the semifinal round against the Wildcats. Graziano threw a full five innings, gave up two on five hits, one walk, and four strikeouts. Every hitter in the Riders’ lineup got at least one base hit in this semifinal match-up. Graziano made herself known at the plate as well as she had on the mound, going 3-for-4 with 4 RBIs. Makayla Walsh also went 3-for-4 and drove in three runs.

Abby Milazzo led off the bottom of the first with an infield single to get the juices flowing for Ichabod Crane. With two outs, Clare Knapp came up and reached down to square up a breaking ball that looked low but was belted high and far over the fence in left field for a two run blast. The Riders struck first in the semifinal and led 2-0.

Graziano had a tough top of the third inning, and the Riders gave up the lead as the Wildcats tied it on a two run double. However, Ichabod Crane would come right back in the bottom half with another two runs themselves to reclaim the lead 4-2.

The Riders blew the game wide open and all but sealed their trip to the finals, after putting a seven-spot on the scoreboard in the bottom of the fourth, and led 11-2.

After a Carolina Williams fly out to right, and an Emma Scheitinger groundout to short, it looked like the Riders would have to play a full game. But, Knapp kept it going with a double to center field. Ava Heffner brought home Knapp with a line shot past third base and into left for an RBI single to make it 12-2.

Walsh hit a long fly ball that dropped in the right-center field gap for an RBI double. Then Graziano helped herself out and laced a shot into left field for an RBI base hit and the RIders completed the 12 run mercy rule, ending the game right there. Ichabod Crane defeated the Depew Wildcats 14-2 on their way to the state championship to face Chenango Valley.