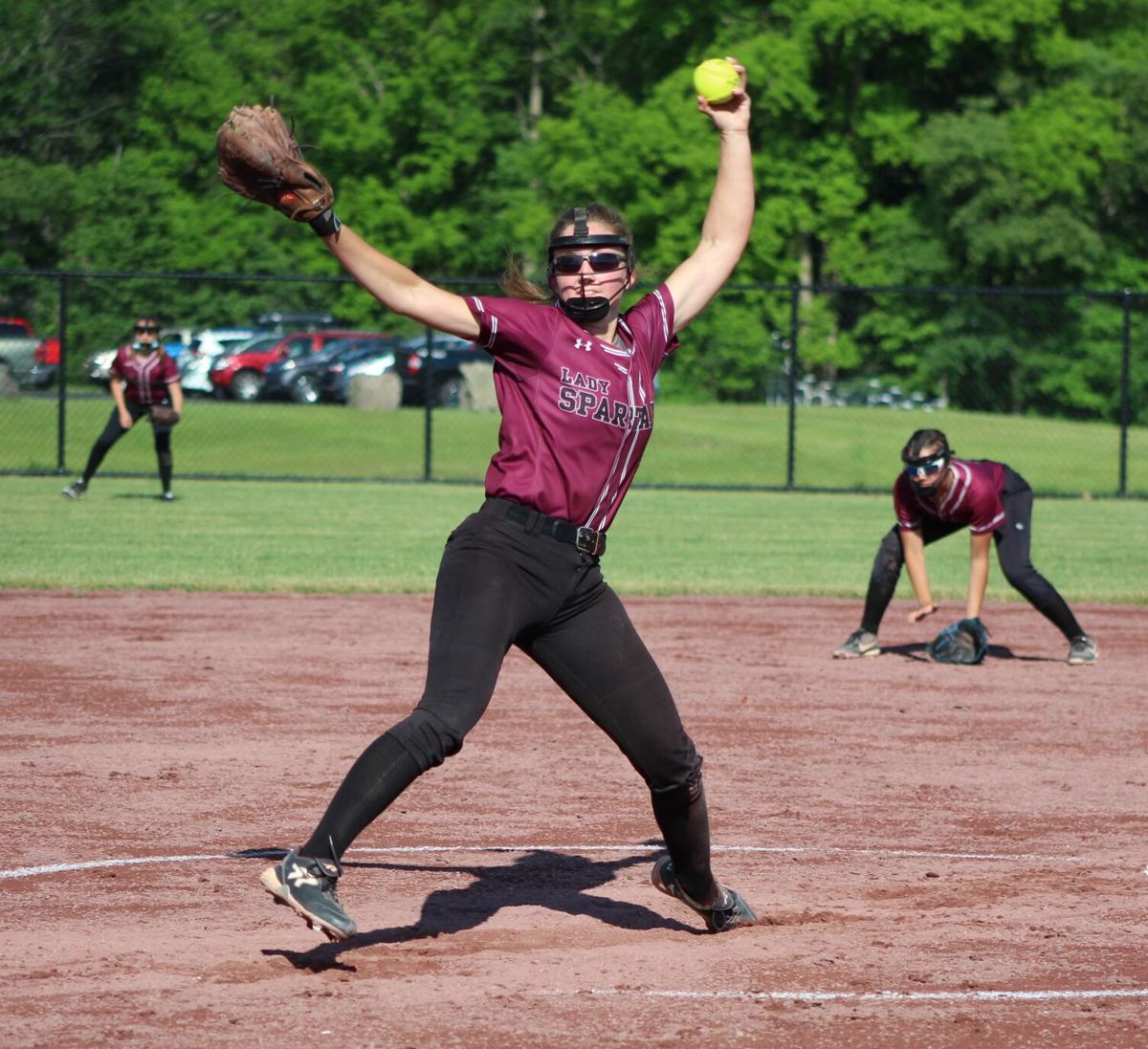 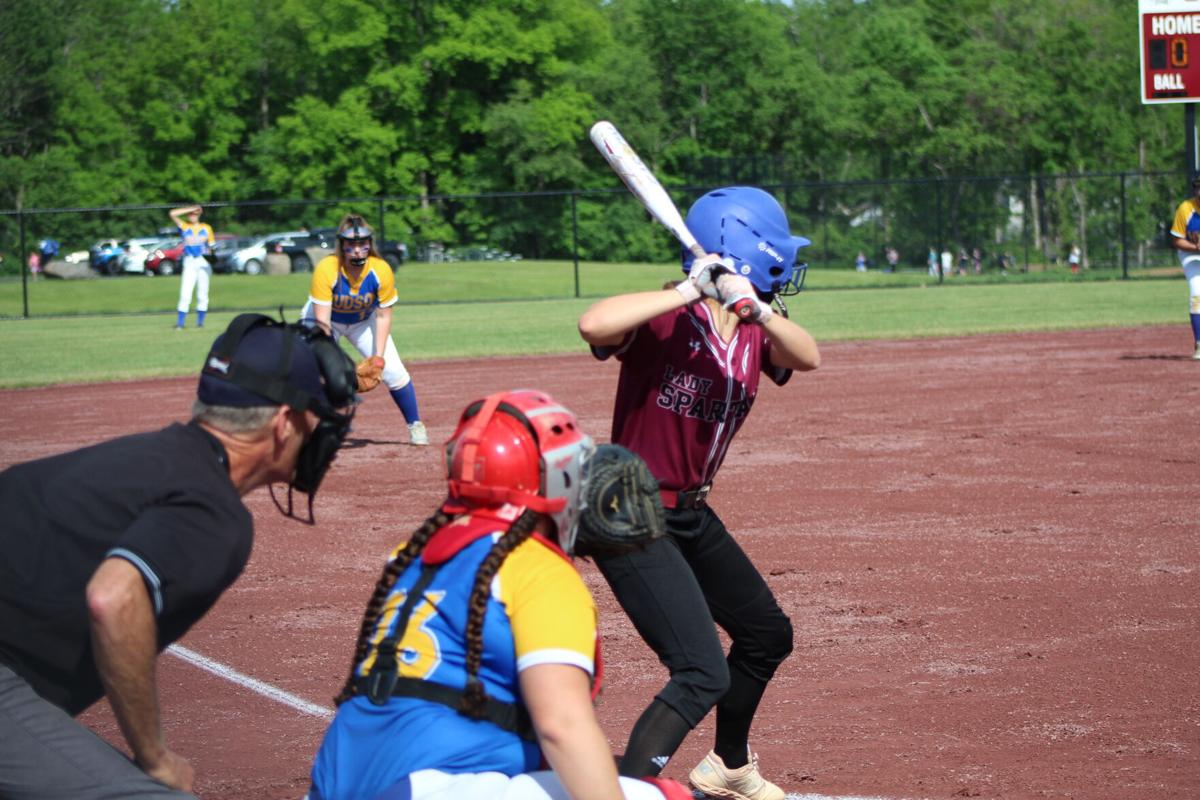 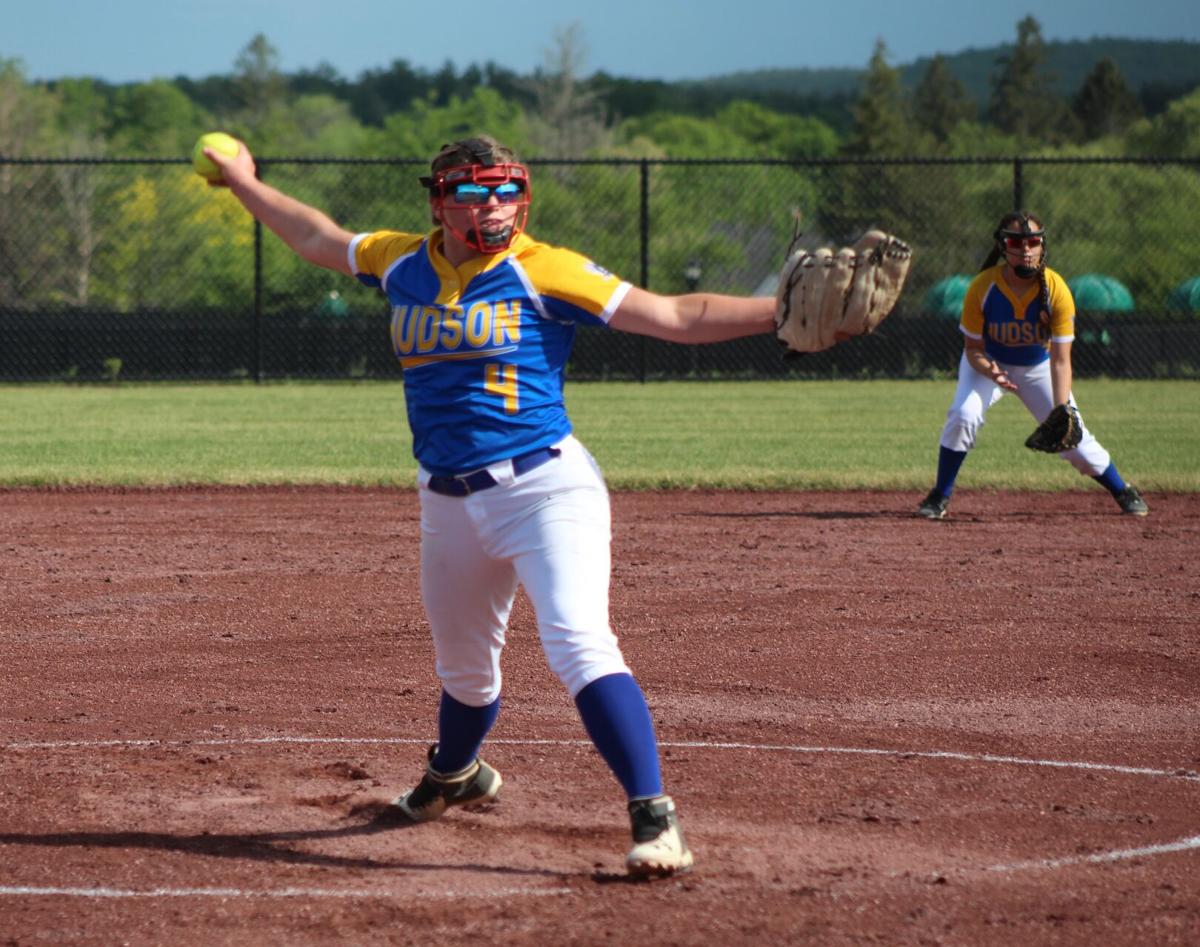 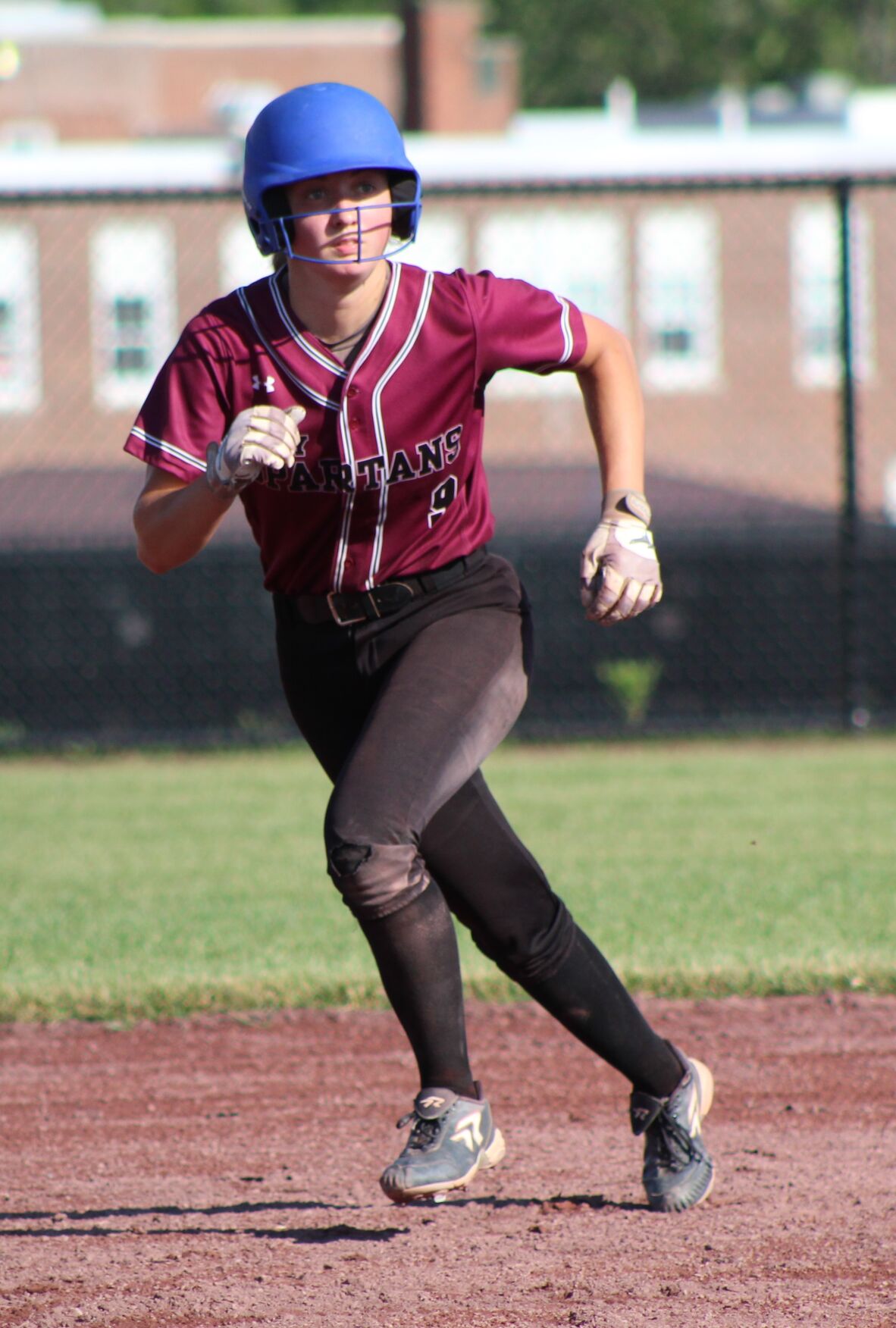 Melody Kappel delivered a masterful performance on the mound for the Spartans, allowing only two baserunners on a catcher’s interference call, and one base hit that did not come until the seventh inning. Kappel tormented the Bluehawks at the plate, striking out a whopping 17 batters in her complete game shutout. She put in work in the batter’s box as well with two doubles, two RBIs, and a run scored.

After Kappel retired  the side in order in the top of the first, it was Lily Kritzman’s turn to take the ball for Hudson. In the bottom half, Emma Haller led off with a base hit and moved to scoring position when Molly SanEmeterio was hit by a pitch. Kappel stepped into the batter’s box and laced a two run double into the outfield to give the Spartans an early 2-0 lead. Shea Landversicht hit a soft liner towards first that was most likely going to curve foul. However, the first baseman tried to field the ball in fair territory to get the out but she could not do so cleanly, and Kappel scored to make it 3-0.

The next inning Aliyah Camacho was awarded first base when she hit the glove hand of Greenville catcher SanEmeterio mid-swing, who was down in severe pain for a few minutes. SanEmeterio had no choice but to show her grit and determination though because the Spartans didn’t have another catcher or even a bench player to substitute. Nevertheless, she shook off the pain and stayed in the entire game. Kappel struck out one Bluehawk, and got another to line into a double play for the second and third outs. Kritzman battled back this inning and she retired the Spartans in order. Kritzman had another jam to get out of the following inning, with runners on second and third for Greenville and just one out. She dug deep and struck out the next two batters to shut the door on the Spartans’ scoring opportunity.

Kappel didn’t bat an eye in the top of the fourth, and struck out the side for the second straight inning, bringing her total to nine through four innings. Gabriella Logue came on to relieve Kritzman and had a 1-2-3 inning in the fourth to keep Hudson close on the scoreboard, but their bats needed to start connecting for some hits.

Unfortunately for the Bluehawks, Kappel continued to get better as the game wore on. She retired the next eight Hudson hitters, seven via strikeout, and she had now retired 16 Bluehawks in a row since the interference call in the second inning. Abigayle Jepson got up to the plate with Hudson down to their final out, and roped a double into the gap in right center field to spoil the no-hitter for Kappel. Kappel kept her composure however, and struck out Camacho for the final out of the game. In total, Kappel amassed 17 strikeouts in a showcase of absolute dominance on the hill for her team, as Greenville shutout Hudson 3-0 to end the regular season.