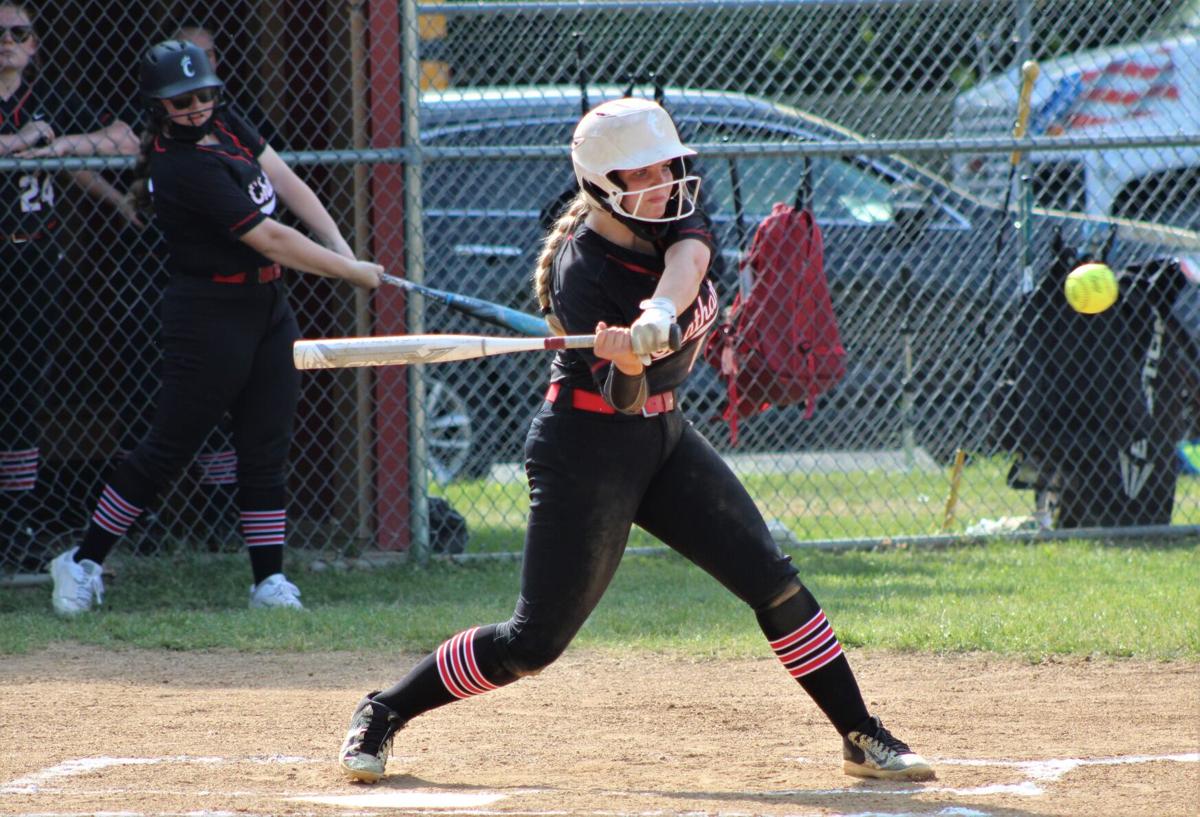 Chatham's Haley Pulver swings at a pitch during Friday's game against Hudson. 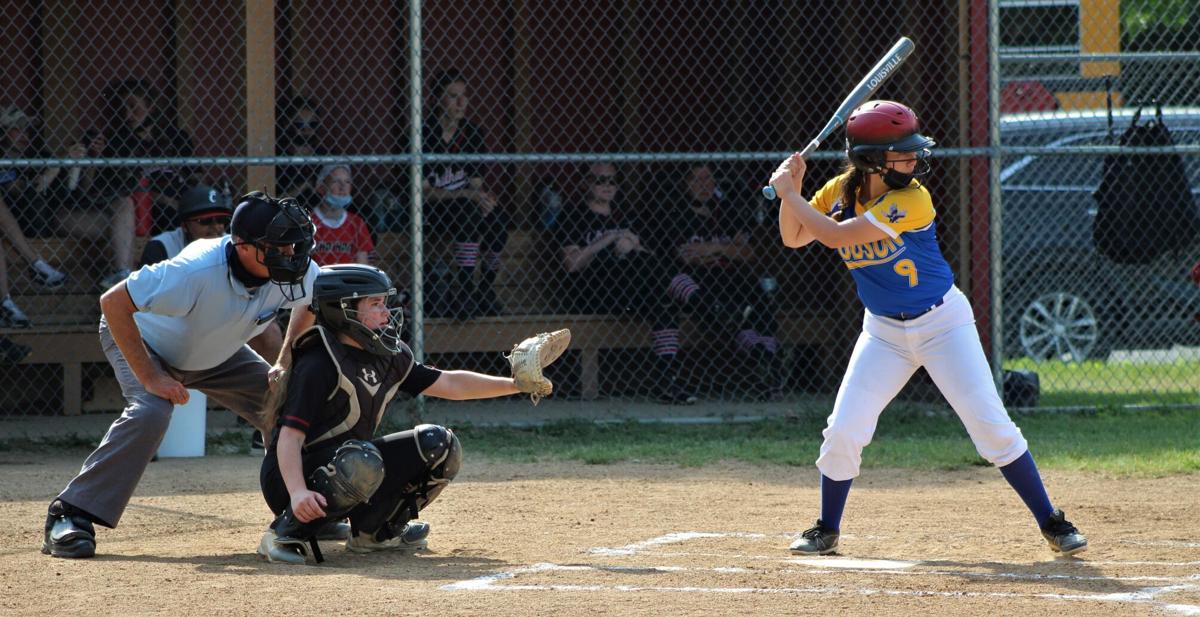 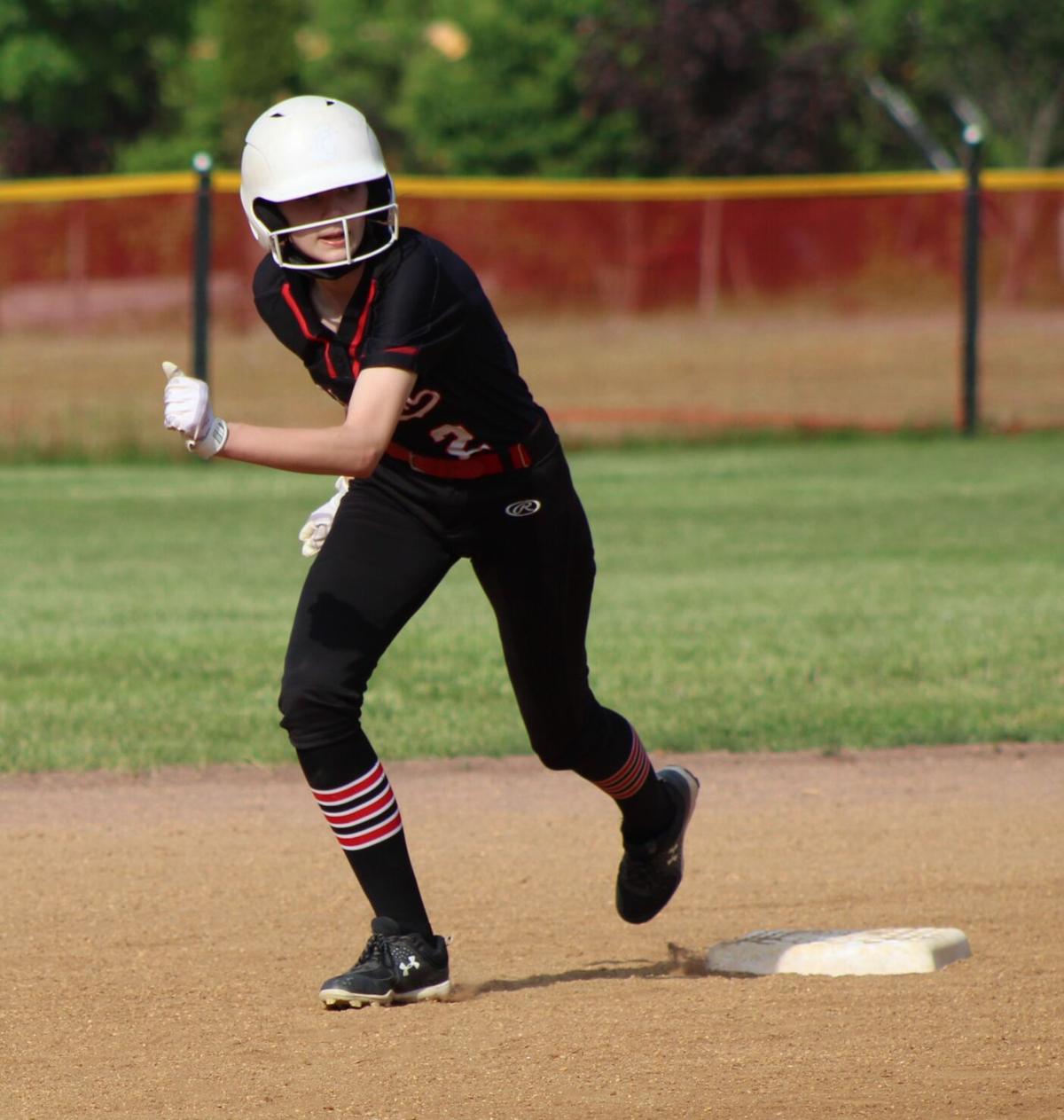 Chatham's Abby Taylor takes off for third base during Friday's game against Hudson. 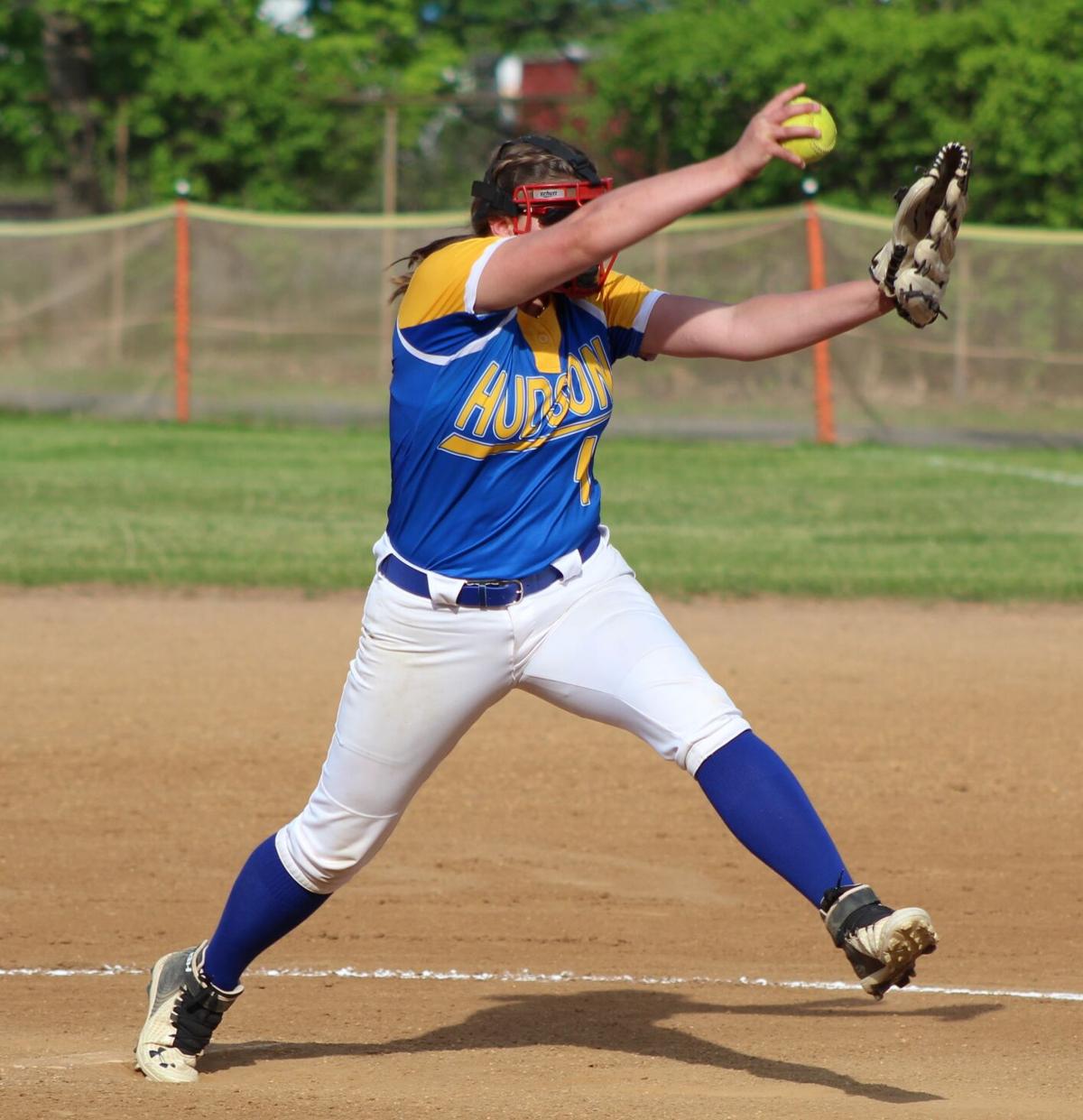 Hudson pitcher Lily Kritzman goes into her wind-up during Friday's game against Chatham.

Chatham's Haley Pulver swings at a pitch during Friday's game against Hudson.

Chatham's Abby Taylor takes off for third base during Friday's game against Hudson.

Hudson pitcher Lily Kritzman goes into her wind-up during Friday's game against Chatham.

CHATHAM -- The Chatham Panthers hosted the Hudson Bluehawks on the softball field Friday afternoon, and defeated the Bluehawks in five innings, 13-0.

Emily Mesick added another win to her stat sheet, holding the Bluehawks scoreless in the shutout. Gabriella Logue got the start for Hudson and though she looked sharp early, an eight run third inning by the Panthers stifled her momentum.

The game was close and competitive in the early going, and was scoreless until the third inning. Chatham loaded the bases in the bottom of the third with no outs. Hannah Kelly scored from third on a wild pitch for the game’s first run and the Panthers led 1-0. Erin Madsen reached on an infield single that scored another, 2-0. Then Haley Pulver unloaded the bases with a three run single to the outfield because the relay throw was dropped and the ball bounced out of reach. With two outs, Hannah Kelly slapped an RBI double to make it 6-0. Hanna Taylor walked to load the bases again for the Panthers; the Bluehawks just needed one out. Unfortunately for Hudson, a wild pitch and a mishandled throw allowed two runners to score for Chatham on the same play, and the Bluehawks were down 8-0 after three.

Abigayle Jepson took one for the team to lead off the fourth, and reached first on a hit-by-pitch. Aliyah Camacho then walked to give Hudson their first chance at putting some runs on the board with multiple runners on. The runners advanced to second and third on a wild pitch with one out, but the Panthers quickly recorded out number two. Jepson took a little too much of a lead off of third base in the next at-bat, and after the snap throw from the catcher caught her in a rundown, Jepson was tagged out sliding into home for the third out.

Lily Kritzman relieved Logue on the mound in the bottom half of the fourth as she looked for a quick inning to get the Bluehawks back in the batter’s box. Adryanna Jennings led off with a base hit to center and reached second base on a bobble by the defender. Jennings would then come around to score on a wild pitch which was also ball four to a teammate, and it was 9-0 Panthers. With the bases loaded, Emily Mesick hit a huge three run double to clear the bases and widen Chatham’s lead to 12-0. Addison Perry was used as a pinch runner for Mesick, and she ended up scoring on a single up the middle by Hannah Taylor, making it 13-0.

The last hope for Hudson was the top of the fifth, and Ashley Harp led it off by taking a pitch off of her foot to get a free pass to first. The Panthers got two quick outs on a fielder’s choice and a strikeout of Lauren Meicht. Mckenna Krager kept the inning going for Hudson with a walk, but Kritzman ended the game when she popped out and the Chatham Panthers took the win at home 13-0 via mercy rule.