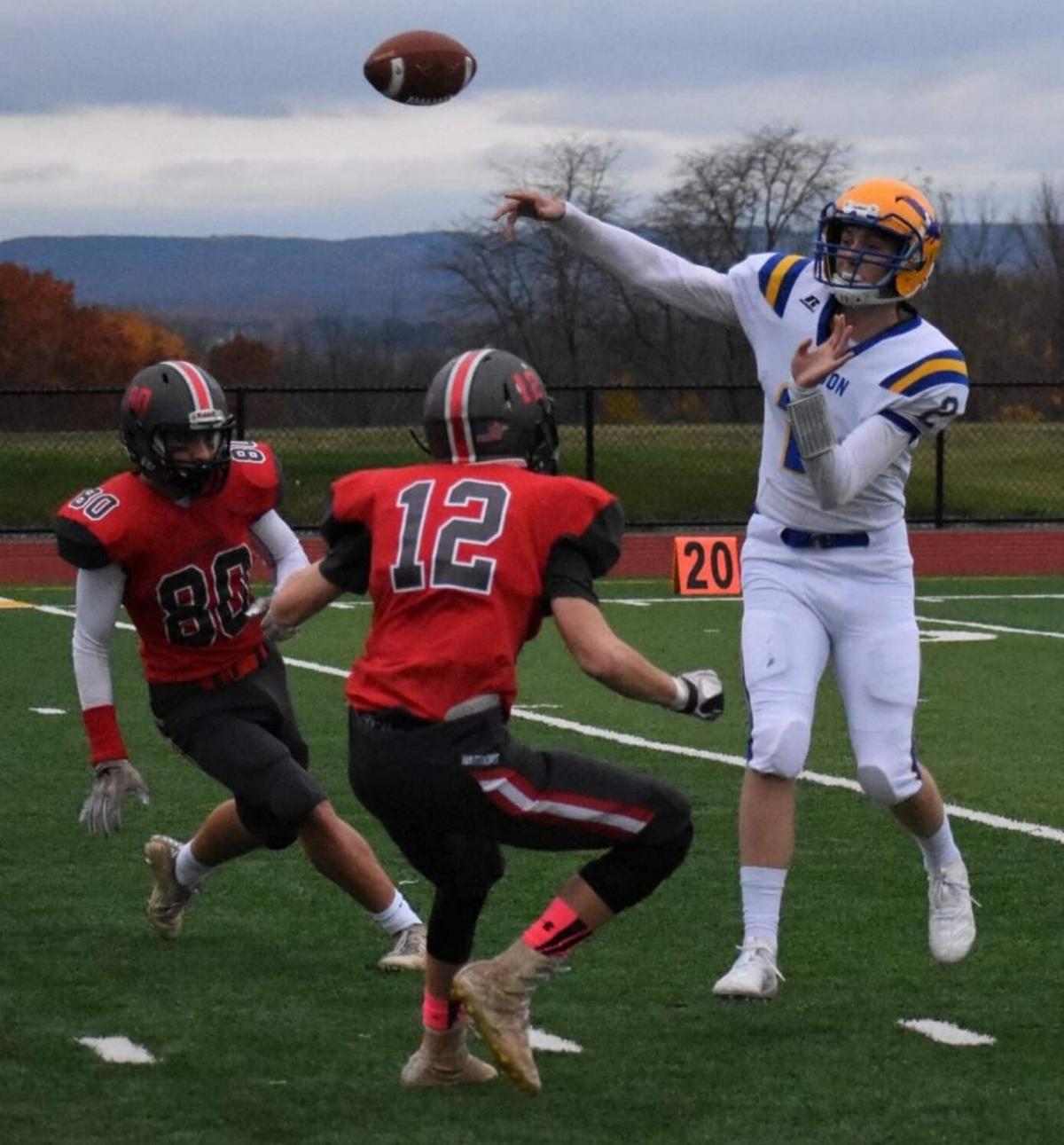 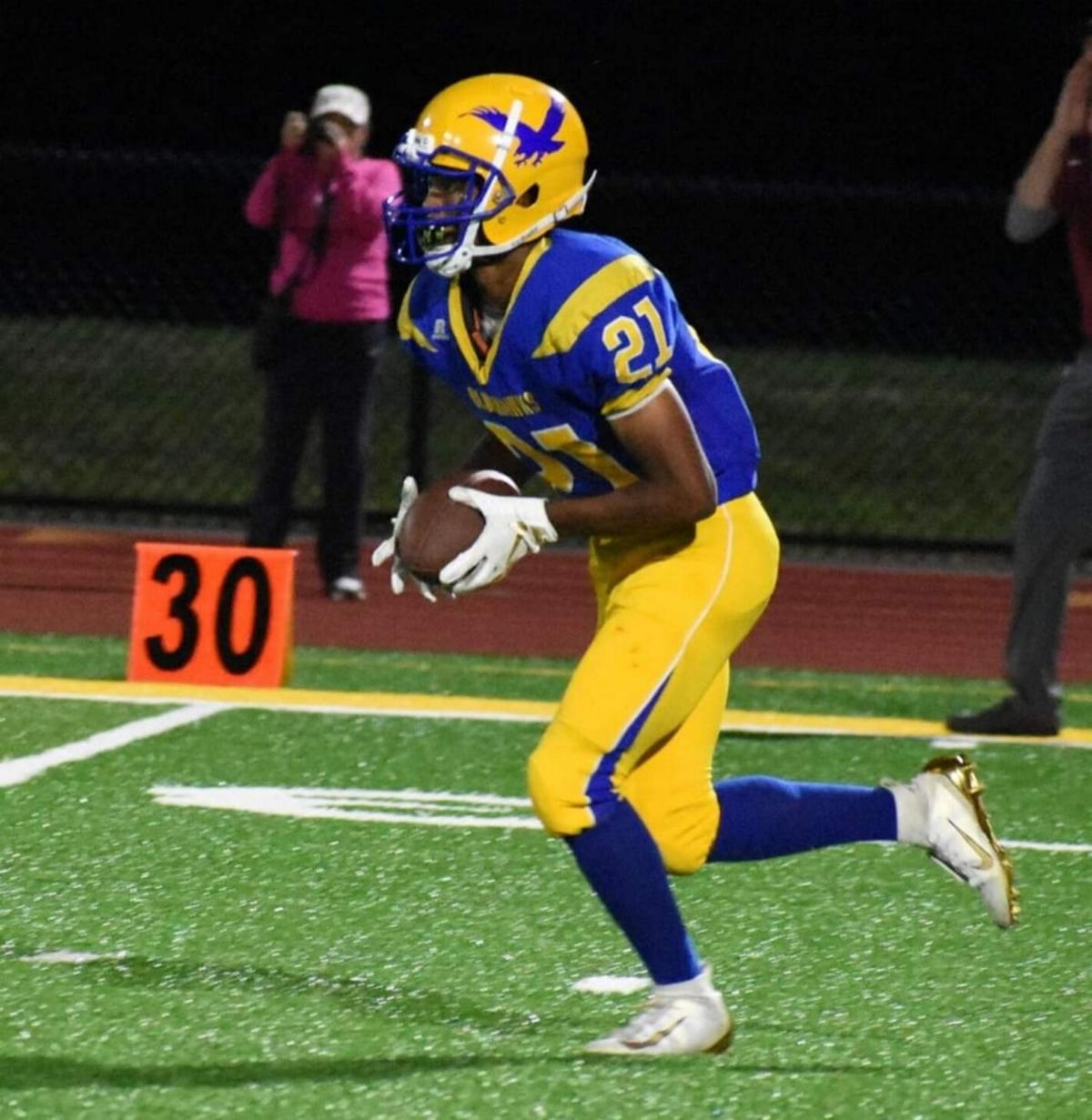 HUDSON — With a talented array of skill position players and a solid line on both sides of the ball, the Hudson High football team will open its season at home on Saturday with a 1 p.m. game against Catskill/Cairo-Durham.

John Davi begins his seventh season as the Bluehawks head coach with a talented young roster that features 15 returning players.

Because of the coronavirus pandemic pushing the start of high school football season to late March, teams have just two weeks to practice and no scrimmages prior to their opening games. To this point, that has not been a problem for the Bluehawks.

“Practice has been going pretty well,” Davi said. “Our conditioning is getting there, for sure. It’s tough when you only have two weeks to prepare. Practices have been a little longer than we’d normally go, but we’ve been fortunate the weather hasn’t been awful.

“We’re pretty young. We have a lot of 10th and 11th graders and only have six seniors on the team. We’re very, very athletic, as always and probably as athletic as we’ve ever been. I’m confident the guys will perform and I think we’ll do pretty well.”

One of the main reasons for Davi’s optimism is the return of quarterback Caleb Romano, who threw for 600 yards and four touchdowns and rushed for 165 yards as a sophomore.

“What I really see from him this year is his vision and his ability to read things has really improved since last season. He’s bigger and he looks like he’s added more muscle mass and he’s a smart kid.

Romano will have several quality receivers to throw to, including junior Isaiah Maines, who will be a jack-of-all-trades in Davi’s offense.

“He’s just a talented athlete,” Davi said of Maines. “Everything he does he does well.”

The Bluehawks’ leading receiver from 2019, Mike Green, presents another talented option in the passing game for Romano.

D’Andre Smith, who rushed for 470 yards and averaged 9.4 yards per carry as a freshman, has unlimited potential. Zack Bernockie, sophomore Kelly Elie and Maines are also expected to see their fair share of carries.

“We have guys that can play all over the place and everybody has done a really good job of picking up what we do,” Davi said.

Opening up holes for the backs and providing Romano with time to throw falls on the shoulders of the offensive line and Davi is excited about their potential.

“We probably have one of the biggest lines we’ve had in a long time. They’ve all been playing together for 2 or 3 years now and they’re all pretty good size. They’re all just doing a good job and it’s finally coming together for them.

“They play as a group and it goes back to when coach Harcleroad had them a few years ago, this is the same group of guys. They’re starting to gel and understand each other up front where it’s instinctual for them.”

Brock Saunders, Jake Hromada, Isaiah Johnson, David Weaver and Bryson Moses are the veterans of the group and they’ll be backed by a talented group of newcomers.

“We have some new kids,” Davi said. “Aidan Morrison, who is 6-5, 200+ pounds, who was a lacrosse kid before he came to Hudson. He’s playing football for the first time and he’s come a long way since we’ve started. He’s doing really well. Logan Rowe played modified last year. He’s got decent size and has come into his own playing on the offensive line.”

The Hudson defense has eight of their top 10 tacklers back this year and Davi expects it to be a solid unit.

“Defensively, we’ll have the same bunch of guys up front,” Davi said. “Dave Weaver is somebody who I think is going to have a good year at D-end. He’s a tough kid and he’s got some speed.”

As is usually the case, the Hudson will be faced with a challenging schedule, playing in the Class B Reinfurt Division.

“We want to get everybody going in the right direction and we really just want to do well,” Davi said. “It’s almost like having spring football in college. We’re pretty young, so we’re going to get out there and get some guys some experience and head into the Fall with the same group of guys, minus our seniors. Obviously, we all want to win. We want to get better we want to win and we want to stay healthy.”