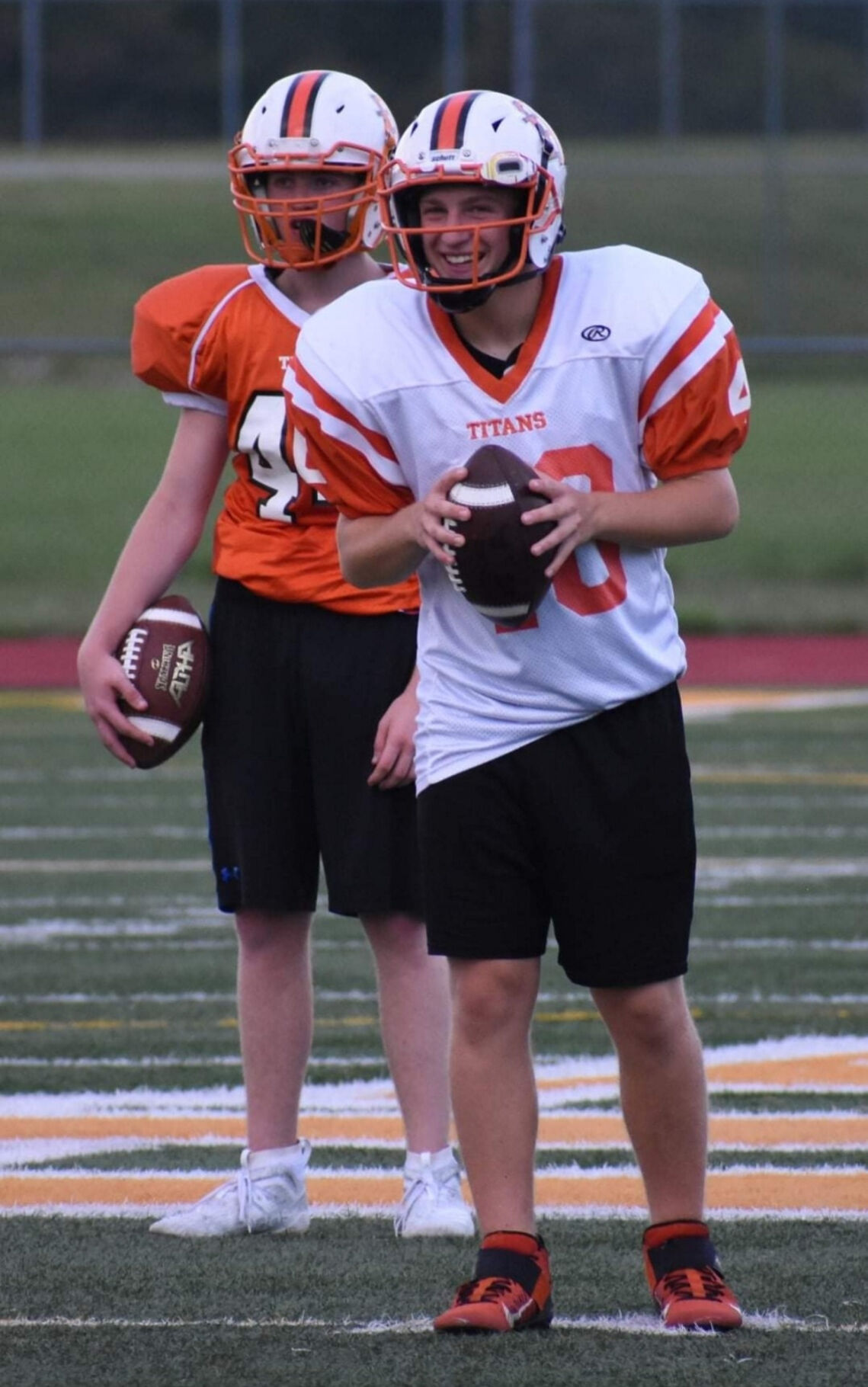 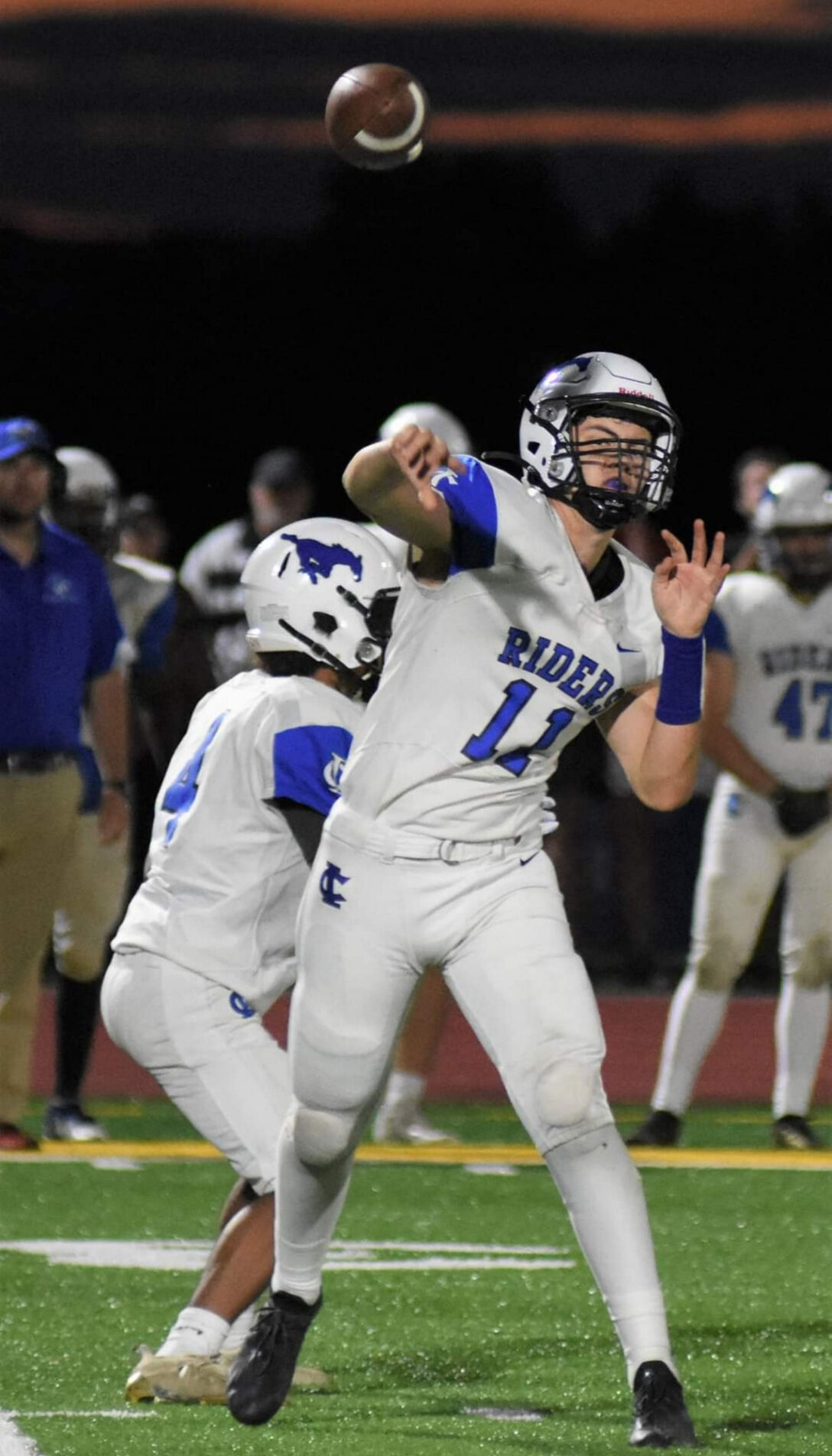 Prior to the start of the game, the Titans will honor assistant coach Bobby Bailly, who passed away on August 29.

“Around 6:30 the team is going to come out and we’re going to have an empty chair with a jersey and helmet,” Taconic Hills coach Mark Anderson said. “We’re going to be leaving carnations, then we’ll be going across the street before we do our entrance and then we’re going to do our moment of silence.”

Anderson praised his team for their efforts in putting the tribute to coach Bailly together.

“During this whole time, my seniors planned it all. They went out and ordered shirts “In Memory of Bobby Bailly,” they ordered helmet stickers, they’ve done everything. It’s great as a coach to see young men being so mature. It’s a sad occasion and a very humbling experience.”

Friday’s opponent, Ichabod Crane, bounced back from a regular-season opening loss to Hudson with a 49-0 victory over Coxsackie-Athens and Anderson is impressed.

“This is the best I’ve seen Ichabod Crane look on film since I’ve been coaching,” Anderson said. “I went to see them play Hudson and they got off to a great start and should have scored again early, and if they had, I think that game would have been totally different.

“Their running back, No. 4 (Zion Evans), is very good, the quarterback (Joe Penzabene) also plays middle linebacker, he’s a real good football player, and their tight end (Bradley Duso) is a bear to deal with. These are the things we’re keying on.”

Taconic Hills followed a season-opening 34-0 win over Rensselaer with a 42-6 defeat at the hands of Watervliet, a game in which the Titans lost several key players because of injuries.

“We lost four two-way starters by halftime, which is like losing eight players,” Anderson said. “We were OK, we just did a few stupid things during the game and let it get out of control.”

Anderson hopes to have three of the injured players back this week and is pleased with the team’s preparation this week.

“I think we’ve got a great game plan this week, both offensively and defensively. If we get off to a decent start we’ll be fine. I’m expecting a huge crowd and it should be a good matchup.”

Ichabod Crane coach Tom Call is looking for his team to continue to build on it’s early season success.

“We had a great week of practice and we’re looking forward to going down to Taconic Hills and laying well,” Call said. “We want to continue to build our momentum from last week and bring that same energy into Friday night’s matchup.”

COXSACKIE — Hudson has been impressive in its first two games, outscoring its opponents, 90-7.

Senior quarterback Isaiah Maines is a true dual threat, rushing for 106 yards and two touchdowns and passing for 158 yards and three scores.

Senior Jake Hromada lead the Hudson defense with 17 totals tackles and a sack in two games. The Bluehawks have picked off four passes, with Brian Curran, Hunter DeGraff, Smith and Wilburn each grabbing one.

“We are looking forward to this week and renewing another old rivalry,” Hudson coach John Davi said. “Last time these two teams played I’m pretty sure we came out on the short end of the stick. Our guys are pretty fired up and had a good week of practice. We’re very fortunate and that everyone has come through the first three weeks healthy. Looking forward to a tough game.”

Coxsackie-Athens, under first-year head coach Gerry Materozzo, didn’t play in Week 1 because of a lack of eligible players, then fell to Ichabod Crane, 49-0, in its season opener this past Friday.

Kickoff time on Friday is at 7 p.m.

CHATHAM — Chatham will be looking for its first win of the young season when its hosts Helderberg Valley in a Class D game on Saturday at 2 p.m.

The Panthers didn’t play in Week 1 and were in danger of not playing in Week 2 because of a Covid situation with its scheduled opponent. At the 11th hour, Schuylerville stepped in as a replacement and the No. 3 ranked Class C school in the state posted a 42-12 victory.

Despite having just two days to prepare against a state-ranked opponent, the Panthers performed admirably, trailing by just 20-12 at halftime.

“Going into the game our goals were to compete for 48 minutes and overcome adversity when it presented itself,” Chatham coach Shawn Caldwell said. “For the most part we did both. We shot ourselves in the foot with a bunch of mistakes but we kept battling.

“We felt good going into halftime down 20-12 even though we turned the ball over three times. We were right there with them. Second half we made a couple more big mistakes and their depth got to us. We just ran out of gas. But we learned a lot about ourselves and saw areas we need to clean up which we may not have seen against another opponent not as good as Schulyerville.

Helderberg Valley struggled in its first game of the season a week ago, falling to Warrensburg, 68-0.

“We don’t know a lot about Helderberg Valley,” Caldwell said. “All we got was a scrimmage film. We have been focusing on ourselves and what we need to do to get better this week. We feel like if we clean up those mistakes from last week and bring the same type of attitude we should be fine.”

CAIRO — Catskill/Cairo-Durham hosts Watervliet in its home opener at Angela Canna Town Park in Cairo on Saturday at 1 p.m.

The Mustangs opened the season on the short end of a 46-12 score against Voorheesville this past week. Isaiah Hayden and Brodie Montgomery both ran for a touchdown.

Cannoneers quarterback Jamel Ward can throw and pass equally well. He threw three touchdown passes in the win over Taconic Hills in Week 2.